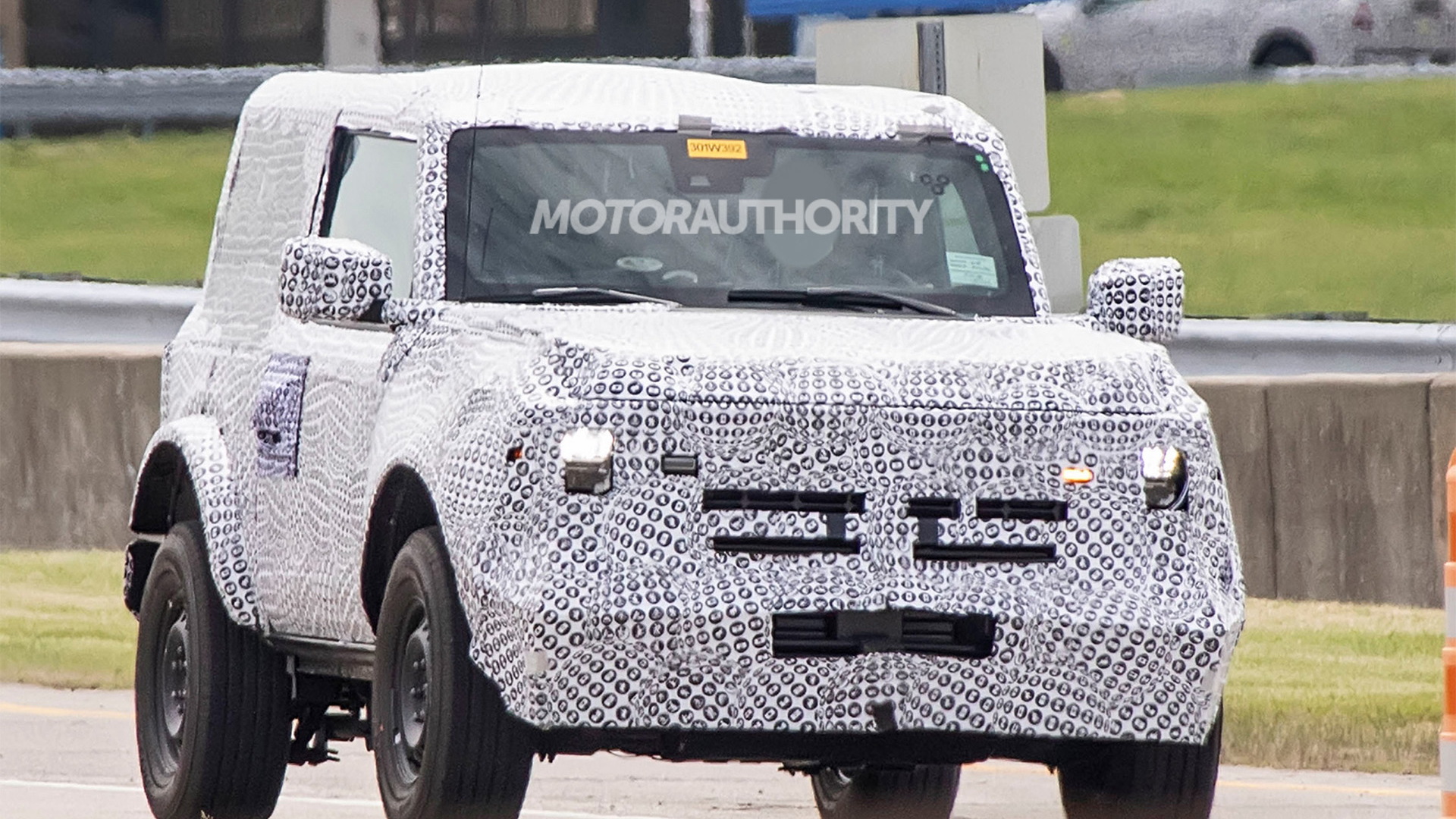 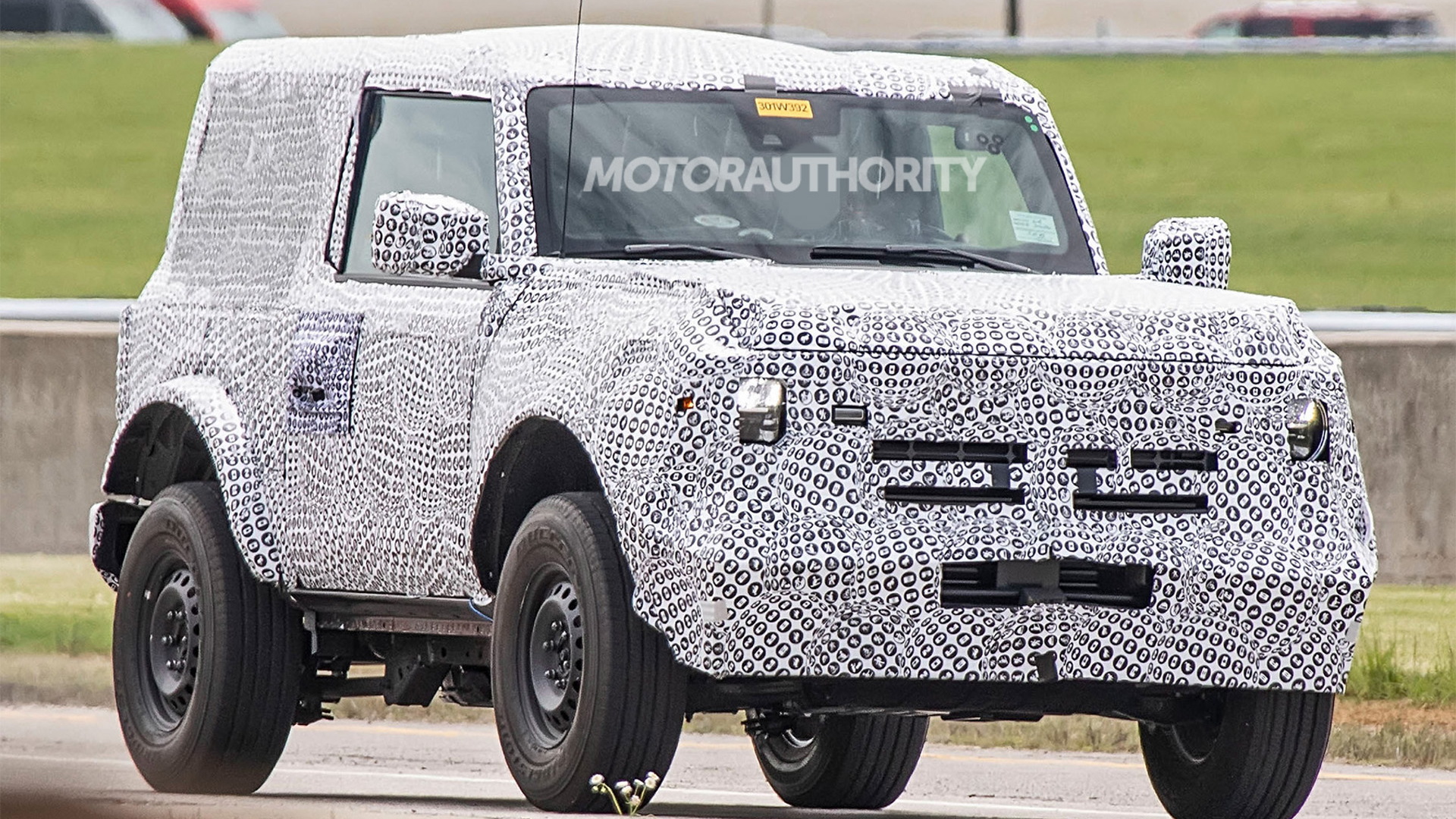 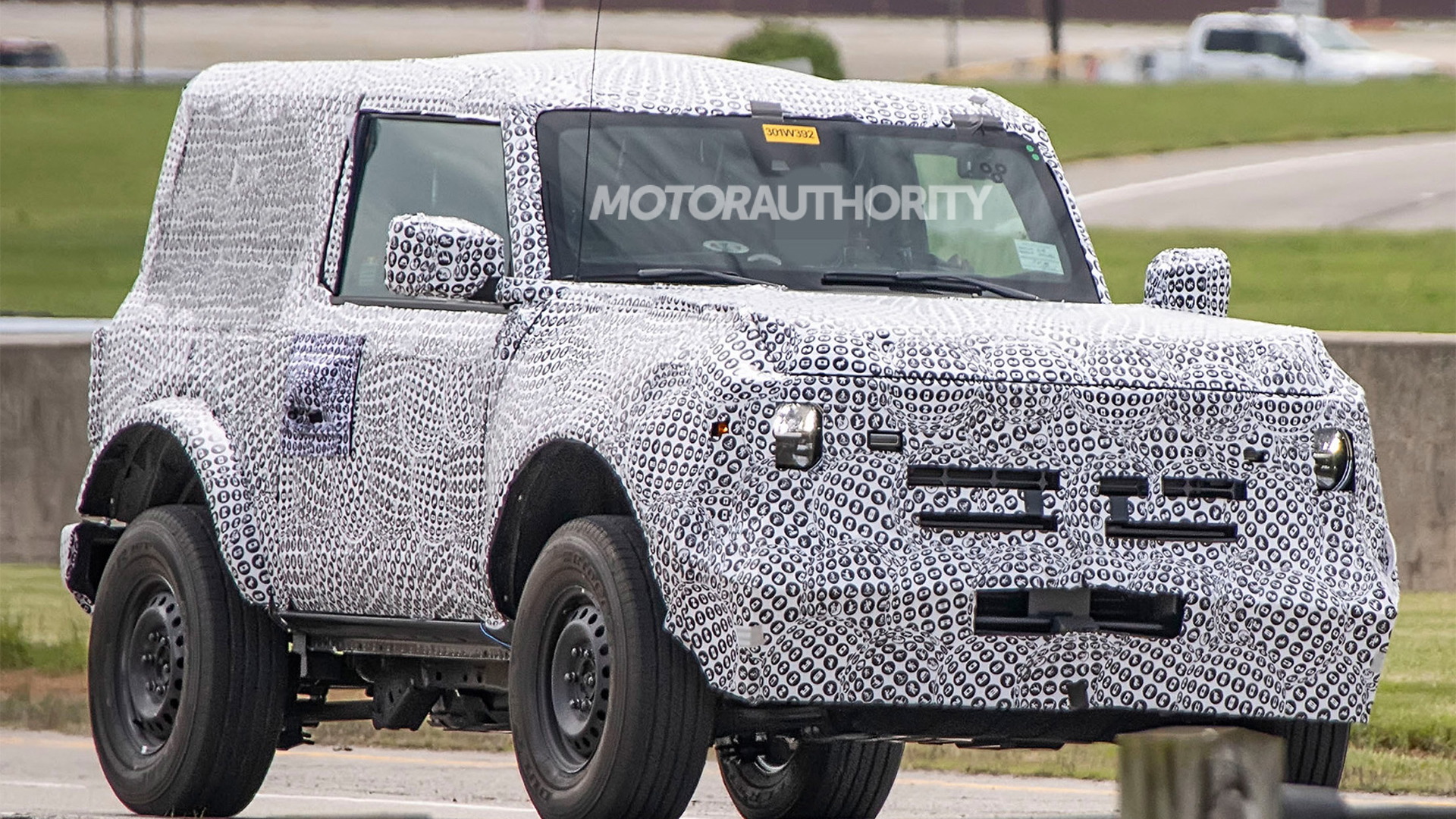 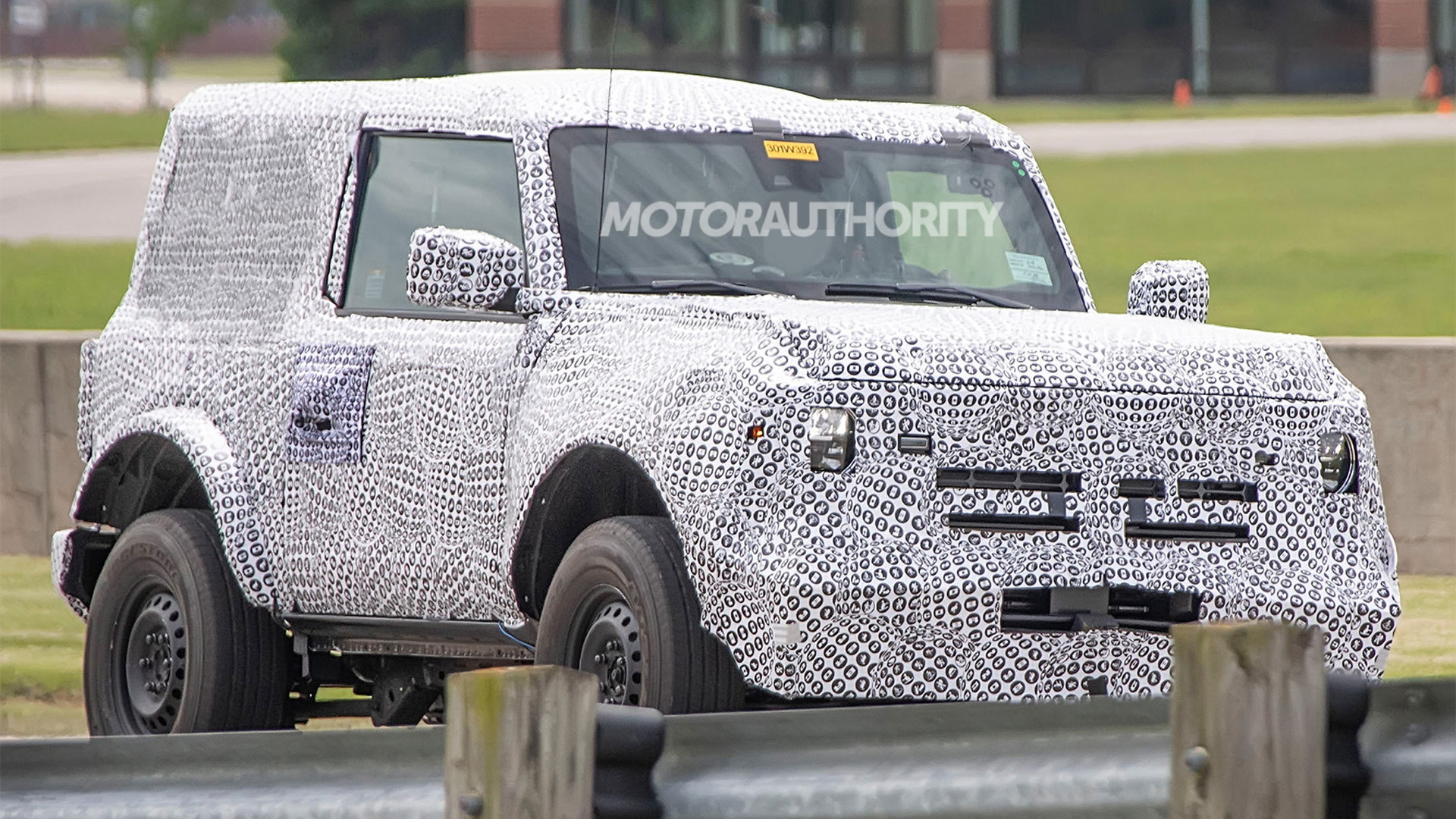 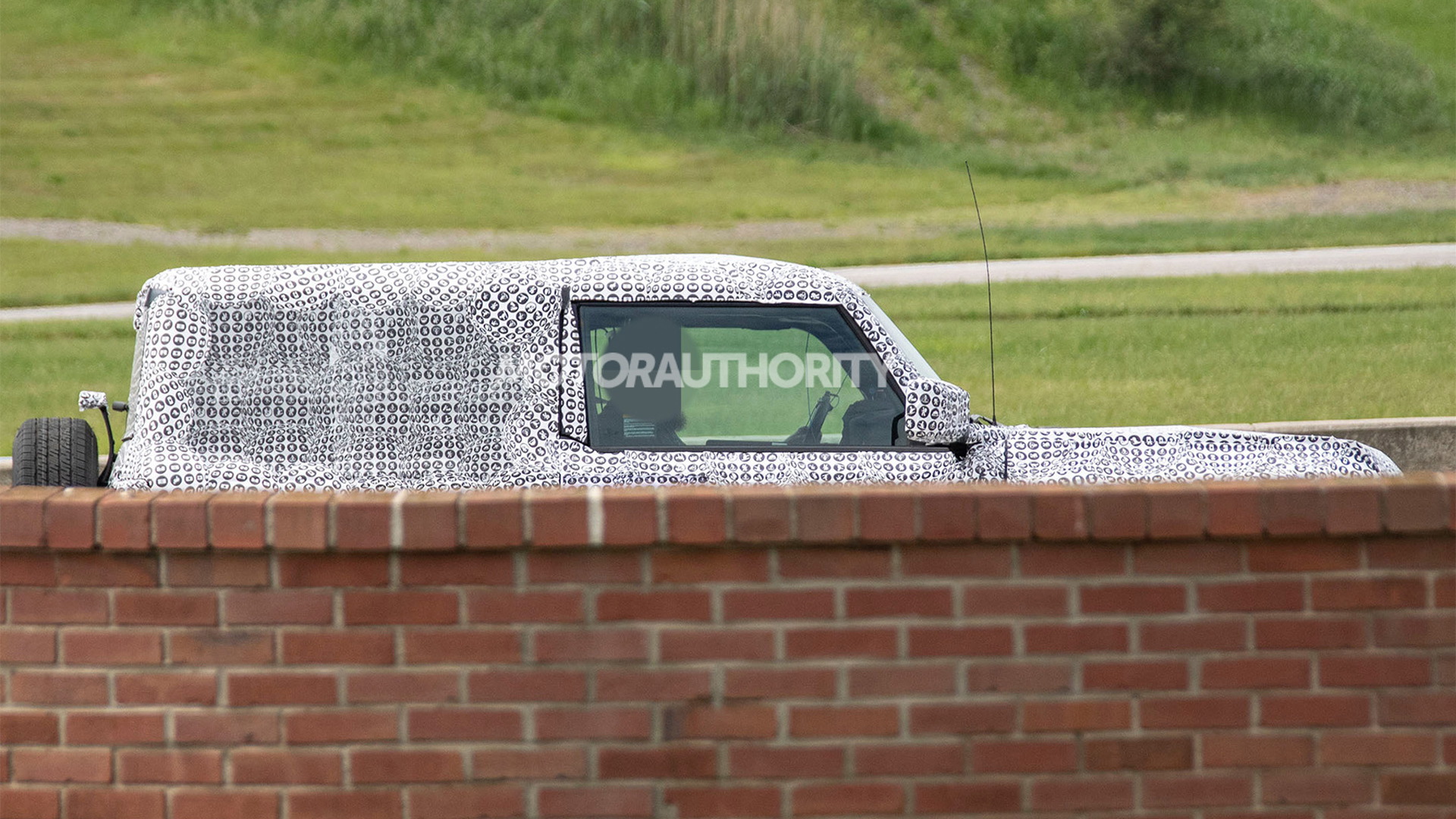 A new generation of the Ford Bronco is just around the corner, and engineers have been spotted testing the rugged SUV's three-door variant. The larger five-door is also out testing, with both due out later this year as 2021 models.

The new Bronco is based on the T6 body-on-frame platform shared with the Ranger mid-size pickup, albeit shortened for SUV duty. Ford is serious about delivering a proper Jeep Wrangler rival and the Ranger's platform is a great place to start.

The prototype features flared wheel arches, a generous ride height, 6-lug wheels, and chunky tires. Look for a solid rear axle and possibly a Dana rear differential too. Independent suspension up front should help ride and handling, and there could be custom Fox shocks made available, just like Ford offers on other vehicles in its lineup, including the F-150 Raptor.

As for the styling, the Bronco R Baja racer unveiled last November points the way. Details that emerged following a dealer preview showing last year also suggest there will be retro elements and even removable roof and door panels. A pickup body style to rival Jeep's Gladiator is also a possibility.

Inside, the Bronco will feature an upright dashboard with a medium-sized touchscreen perched front and center. Upright A-pillars and large side glass should provide good sight lines for the road or trail. Some electronic aids will also come in handy off road. One of these will be a turn assist that uses the brakes to lock the rear inside wheel, dragging the tire on the ground to create a tighter turning circle.

It isn't clear what engines are planned, but we know a hybrid option will be offered. Solid bets include Ford's 2.3-liter turbo-4 and/or 2.7-liter twin-turbo-6. Don't expect a V-8. An electric motor's low-end torque could aid low-speed off-roading situations, and an electric power take-off feature could prove ideal for camping.

A smaller Bronco Sport is also coming for the 2021 model year. This will also be an off-road-focused vehicle, though it will sit on the same car-like unibody platform that underpins the latest Ford Escape.