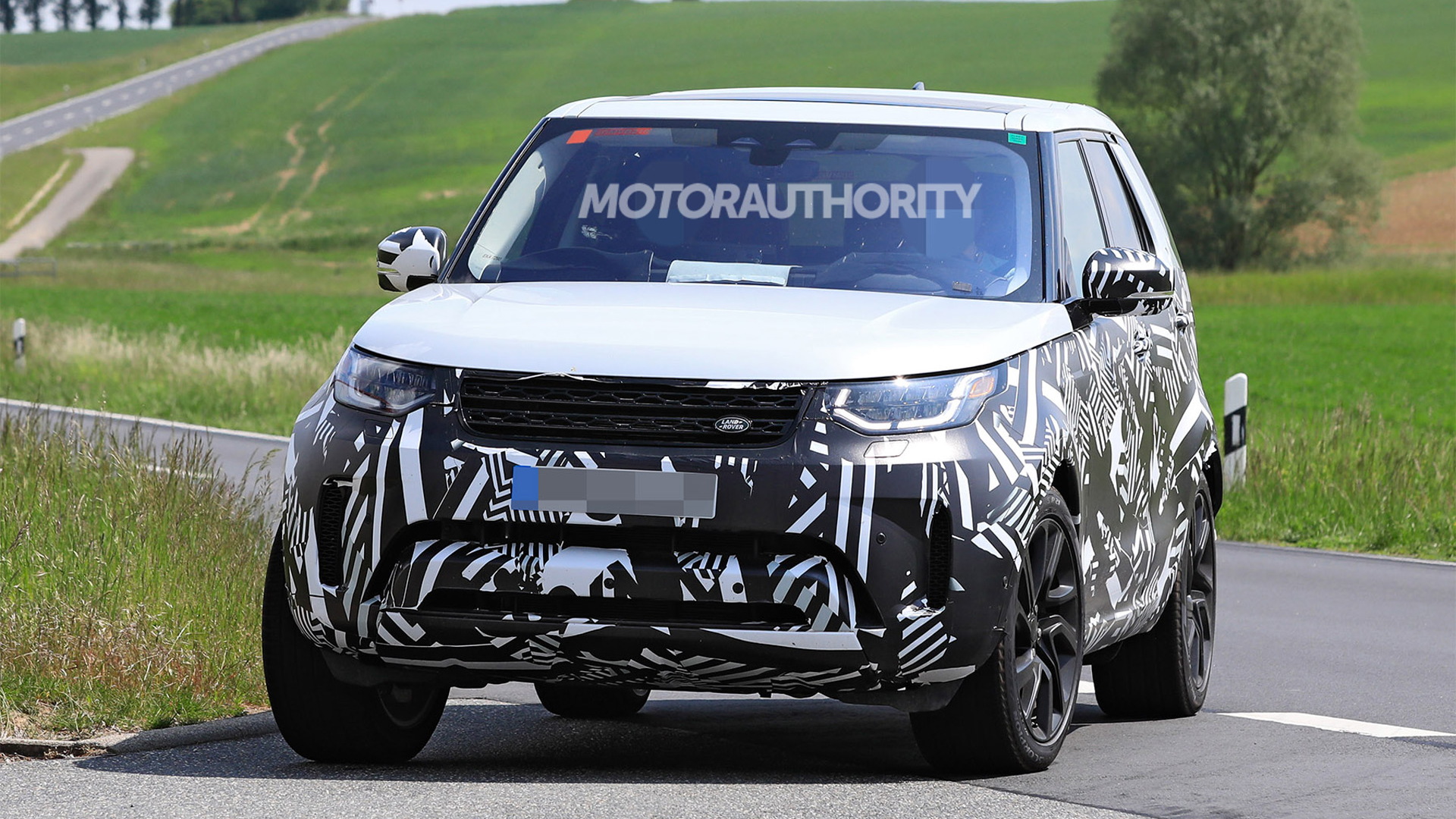 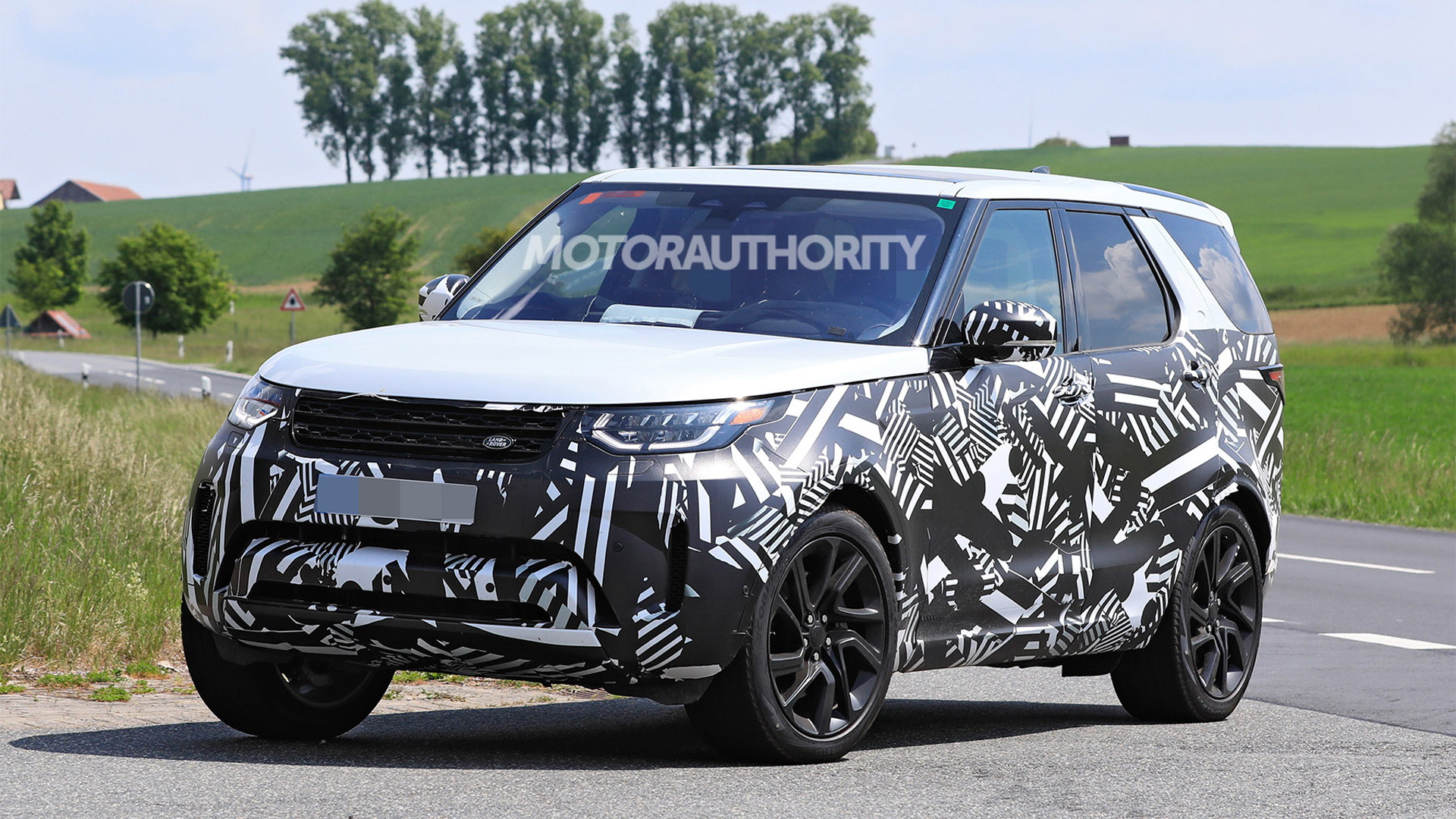 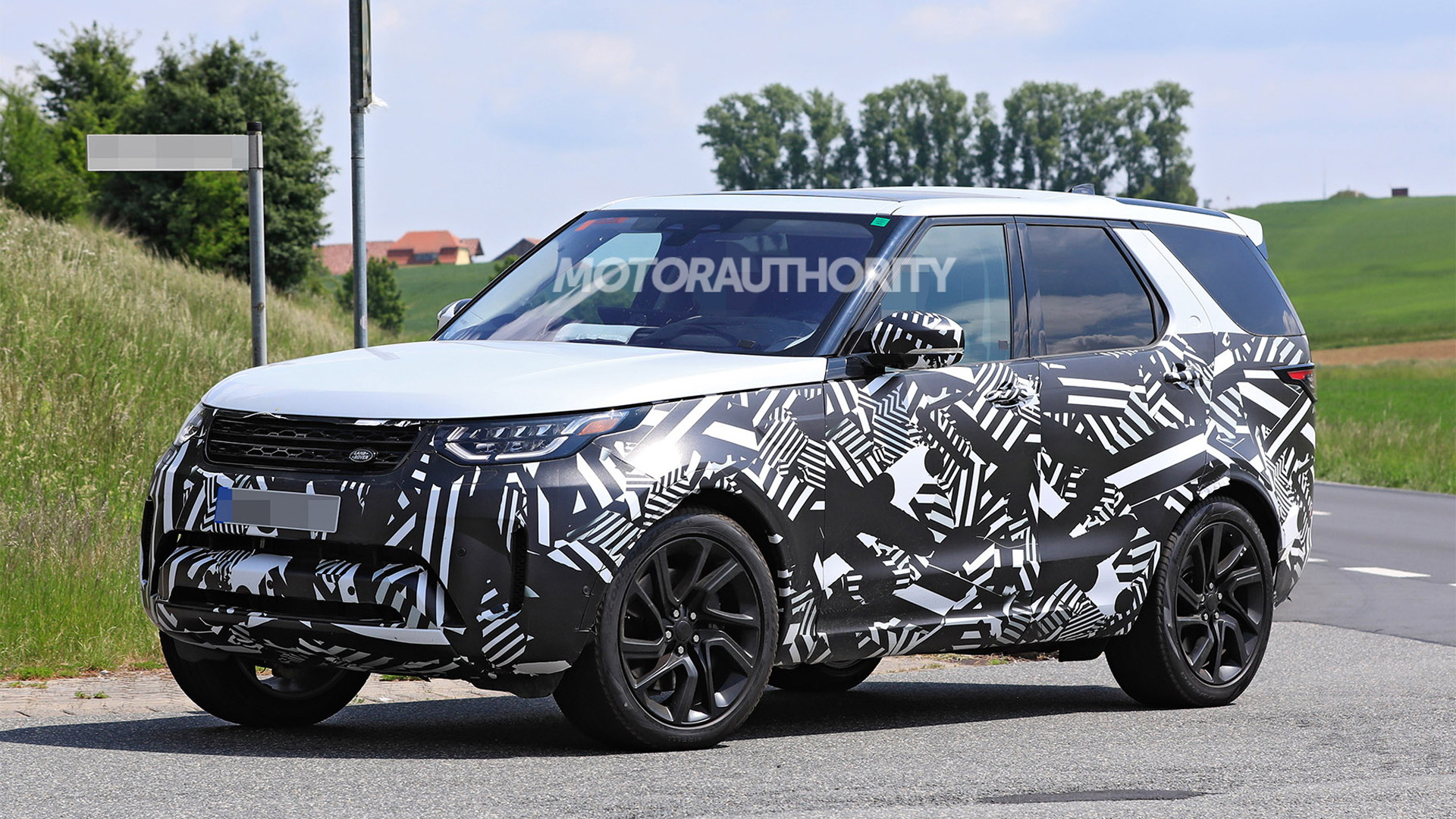 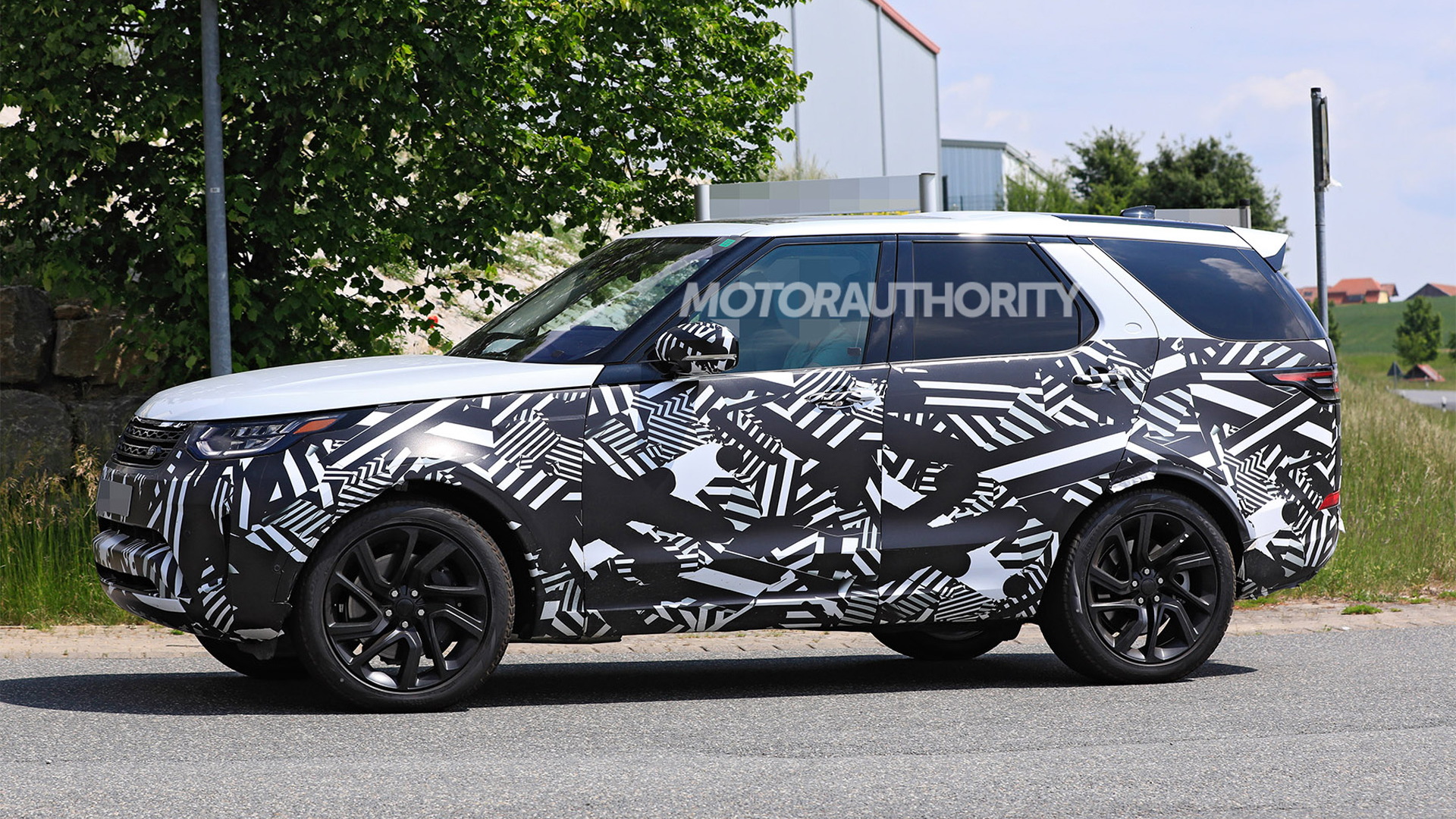 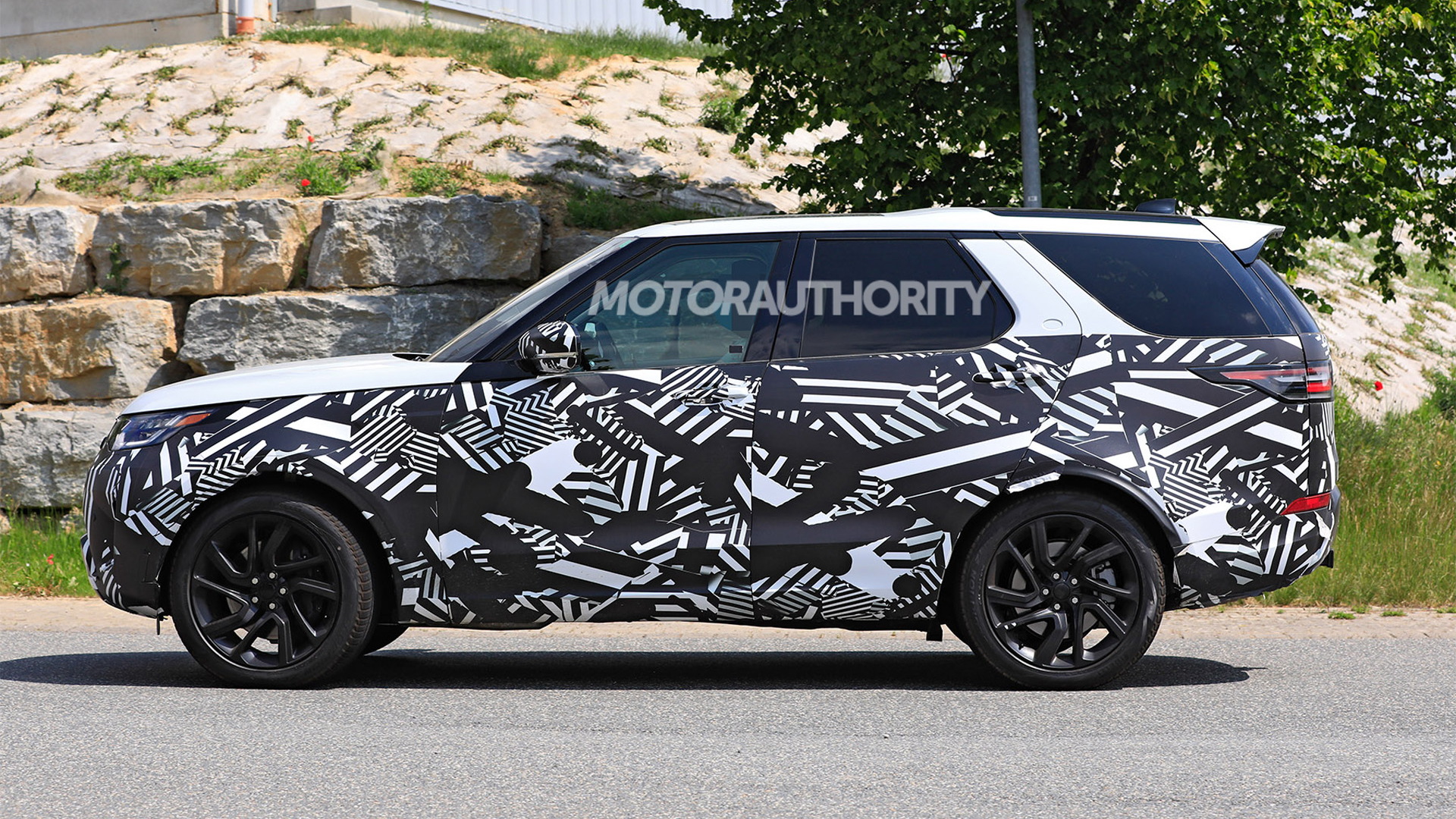 The Land Rover Discovery is about to receive its first major round of updates since the current fifth-generation model went on sale in 2017.

A prototype for the updated Discovery has been spotted ahead of an expected reveal late this year or early next. We should see it arrive as a 2021 model.

Camouflage gear on the prototype suggests we'll see minor tweaks to the front and rear fascias and perhaps a new graphic in the taillights. There will also likely be a few tweaks inside judging by the camouflage on the dash.

The most significant change with the updated Discovery will be addition of hybrid technology. The Discovery is the last model in Land Rover's lineup without some form of electrification.

The most likely option is a 3.0-liter turbocharged inline-6 mild-hybrid which in other Land Rover models has 395 horsepower and 406 pound-feet of torque. The mild-hybrid component is an integrated starter motor and generator that can aid the engine during high loads and recover energy under braking and coasting.

An alternative is a plug-in hybrid setup combining a 2.0-liter turbocharged inline-4 and an electric motor. The setup in other Land Rovers delivers a combined 398 hp and 472 lb-ft, along with enough battery capacity for an EPA-rated range of 19 miles.

Sadly, Land Rover nixed plans last year for a hardcore Discovery SVX off-roader with V-8 power, so don't expect this in the lineup. The move makes sense with the arrival of the new Defender as the core off-roader in Land Rover's range.

Production of the Discovery is handled at Land Rover's plant in Nitra, Slovakia. The plant is where Land Rover also builds the Defender.