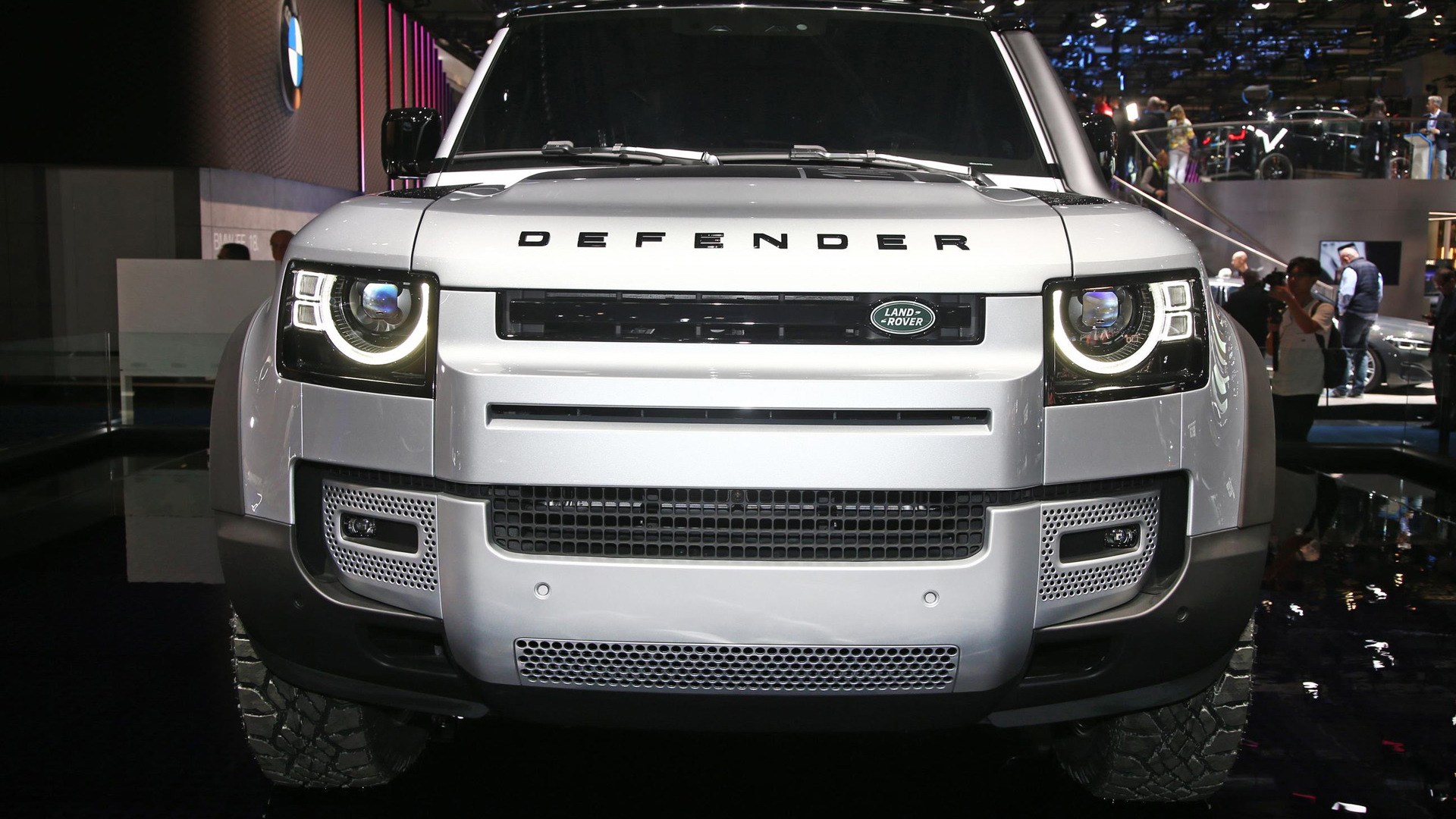 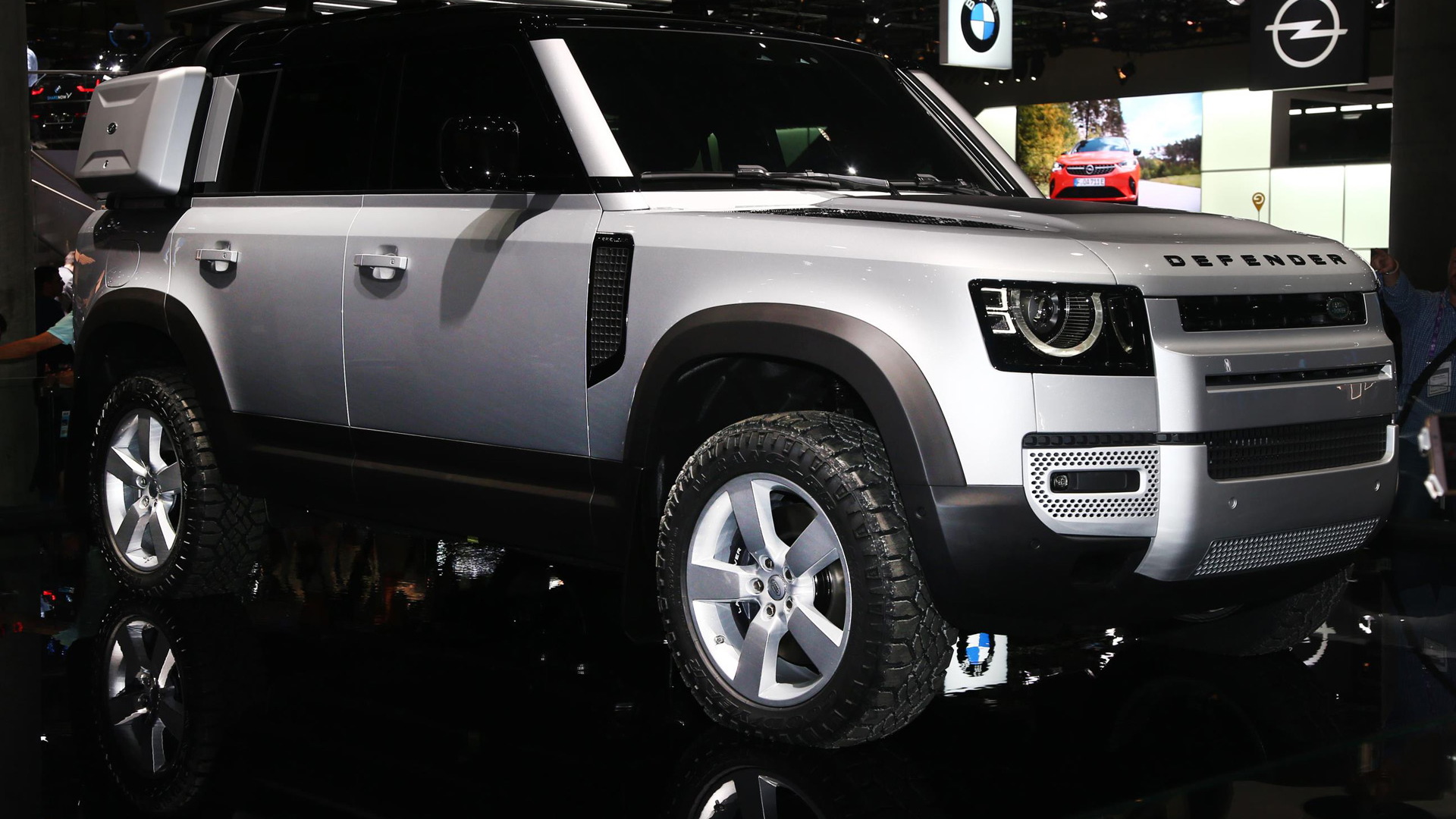 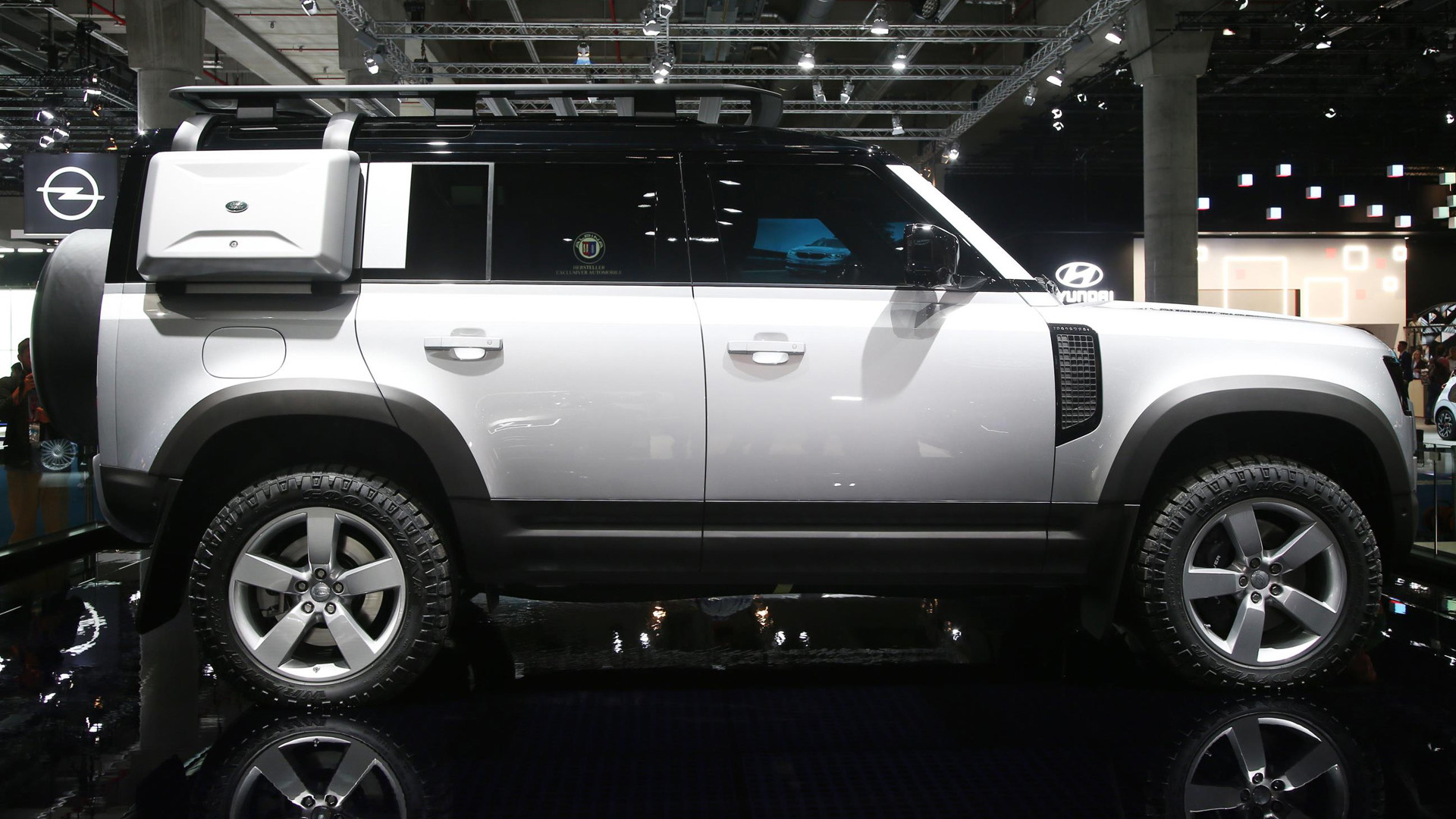 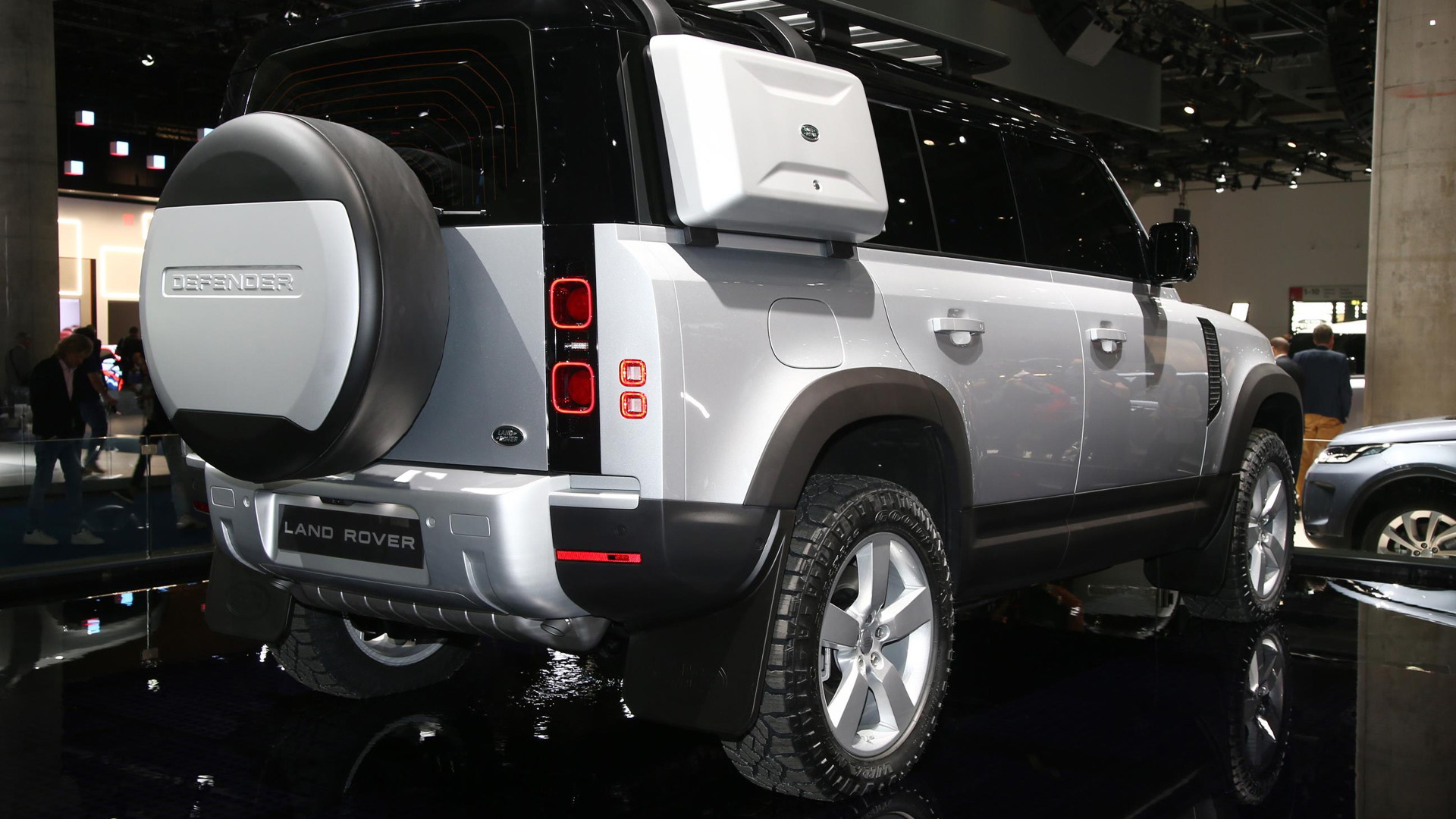 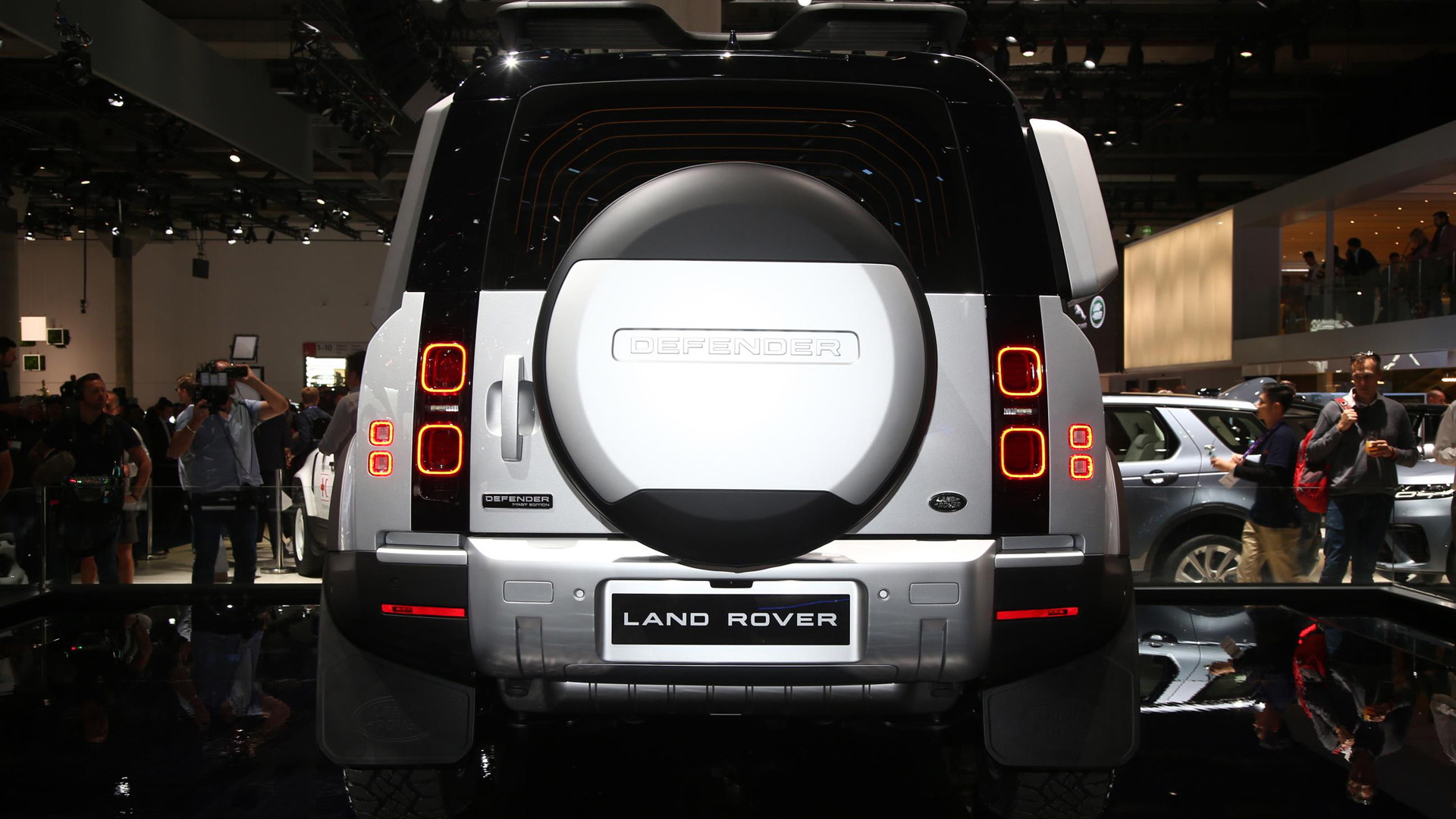 It's finally here. Land Rover on Tuesday unveiled its redesigned Defender at the Frankfurt International Motor Show and confirmed the vehicle for a showroom appearance next spring. It arrives as a 2020 model and with a starting price of $50,925‬.

Redesigning an icon is never easy, especially one that essentially hasn't changed for more than three decades, as is the case for the Land Rover Defender. Nevertheless, Land Rover stood up to the challenge and the result is the impressive new 2020 Defender.

The vehicle is based on an evolution of the D7 platform found in the Discovery and Range Rover Sport. Referred to as D7x, the platform is a much tougher design developed to handle the extreme conditions Defenders often handle. It's also relatively light. Thanks to aluminum construction, the lightest version of the new Defender tips the scales at 4,815 pounds.

In developing the new Defender, Land Rover tested the SUV in the hot and dusty conditions of the Middle East desert during the summer as well as the extreme cold of the article circle during the winter. Nevertheless, the new Defender is also much more road-focused than its predecessor thanks to independent suspension front and rear.

There will also be two powertrains available at launch. The base unit is 2.0-liter turbocharged inline-4 with 296 horsepower and 295 pound-feet of torque, and above this sits a 3.0-liter turbocharged inline-6 mild-hybrid with 395 hp and 406 lb-ft. The 0-60 mph time for the more powerful option is under 6.0 seconds. The sole transmission is an 8-speed automatic which is coupled to a 2-speed transfer box and a permanent four-wheel-drive system as standard.

For superior off-roading capability, the new Defender sits about 0.8 inches higher than other Land Rover SUVs, resulting in ground clearance of 11.5 inches. Approach, breakover and departure angles come in at 38, 28 and 40 degrees, respectively. The towing capacity is 8,201 pounds and the wading depth is 35.4 inches.

The new Defender also debuts a new configurable version of Land Rover's Terrain Response electronic driver assist feature for off-roading, which Land Rover says will enable drivers to precisely fine-tune the system to suit specific off-road conditions. Some models can also be fitted with locking differentials for the center and rear.

One area where the new Defender differs substantially from its predecessor is the interior which features the latest version of Land Rover's infotainment technology. This can be controlled via a 10-inch touchscreen display in the center of the dash. Land Rover says the system is much faster than its previous infotainment systems and more intuitive, too, meaning fewer inputs are required to perform common tasks.

Production has been confirmed to take place at Land Rover's plant in Nitra, Slovakia, and not in the Defender's traditional home of Solihull, United Kingdom. The plant is where Land Rover currently builds the Discovery.