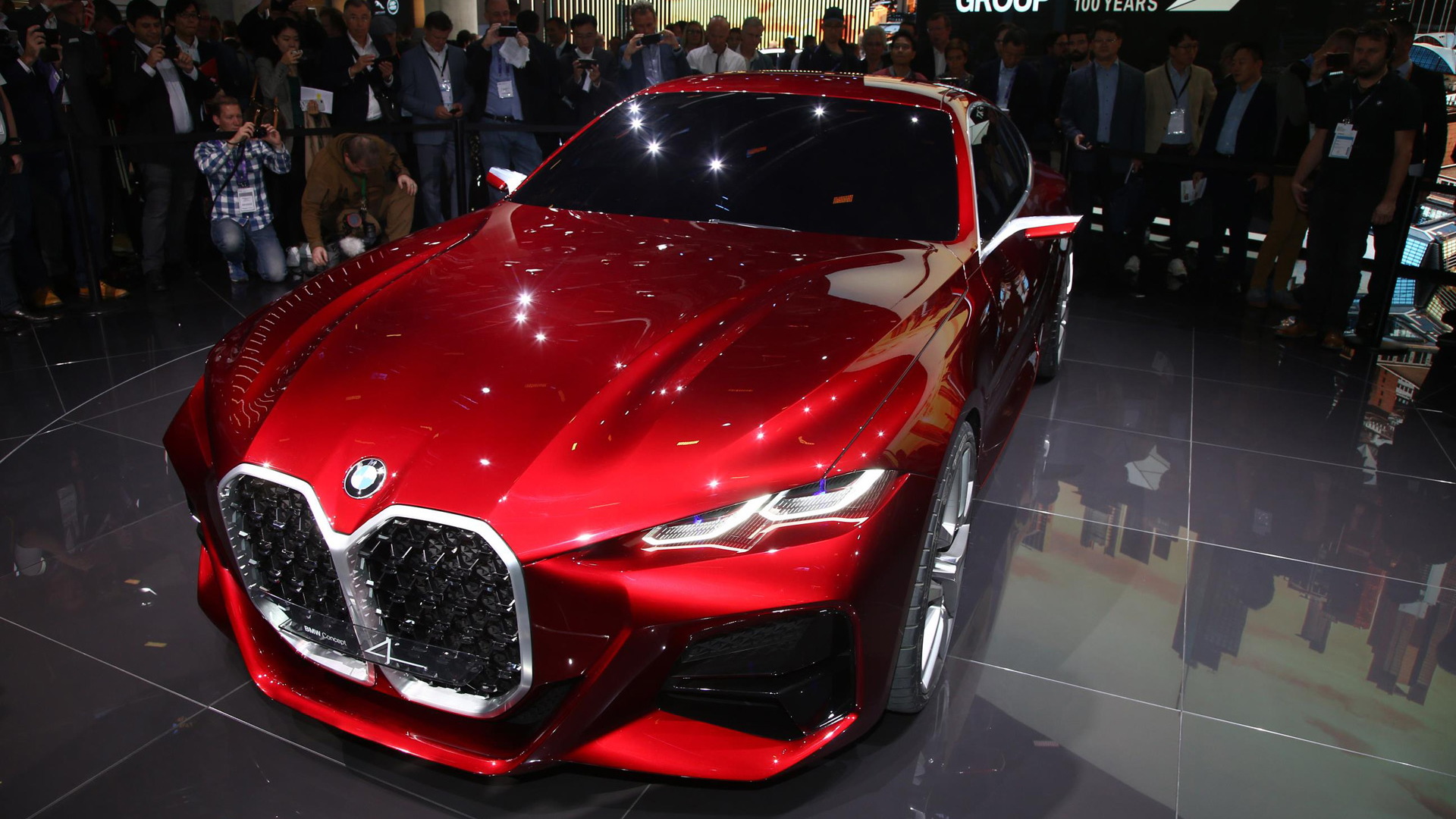 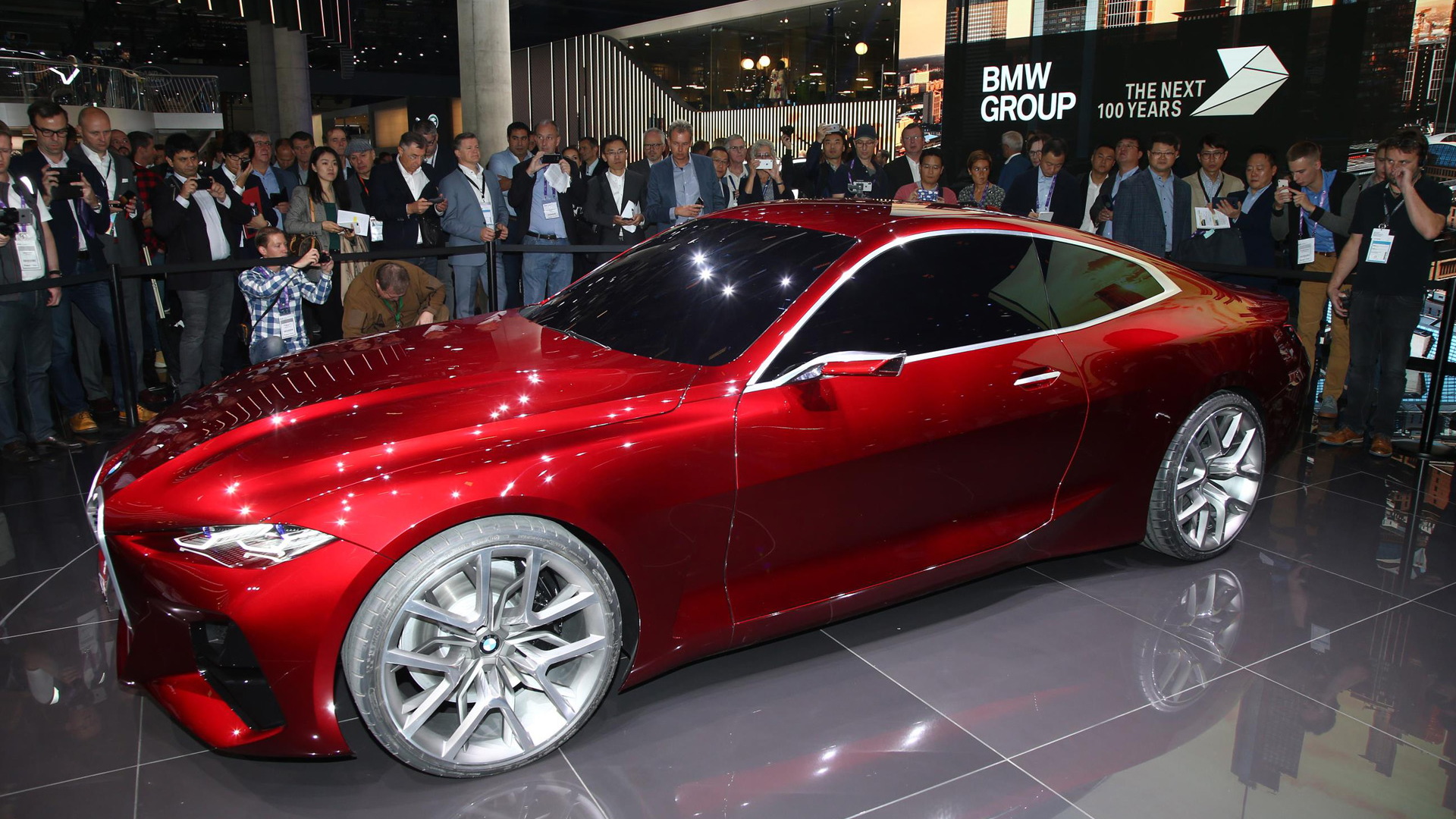 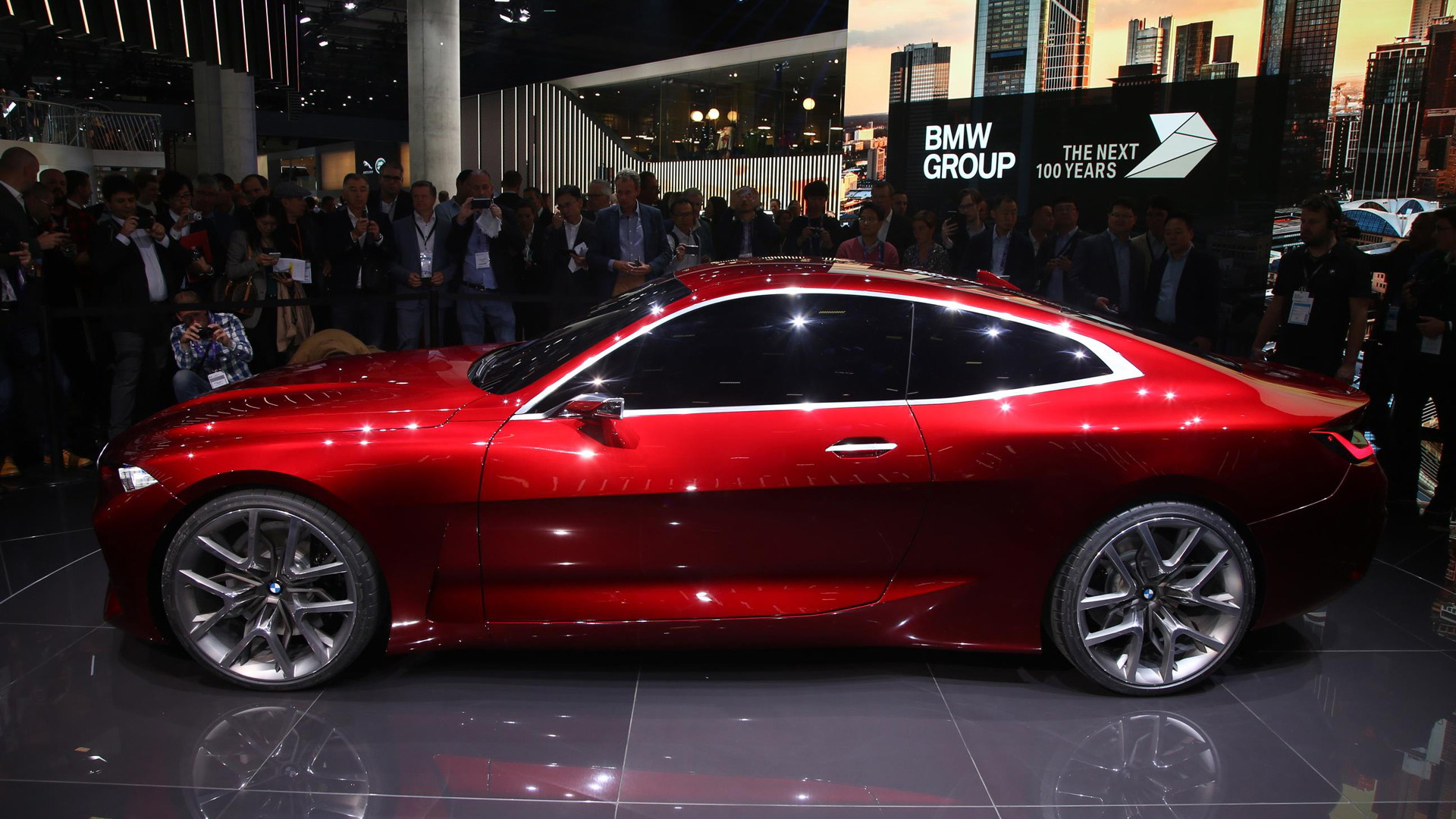 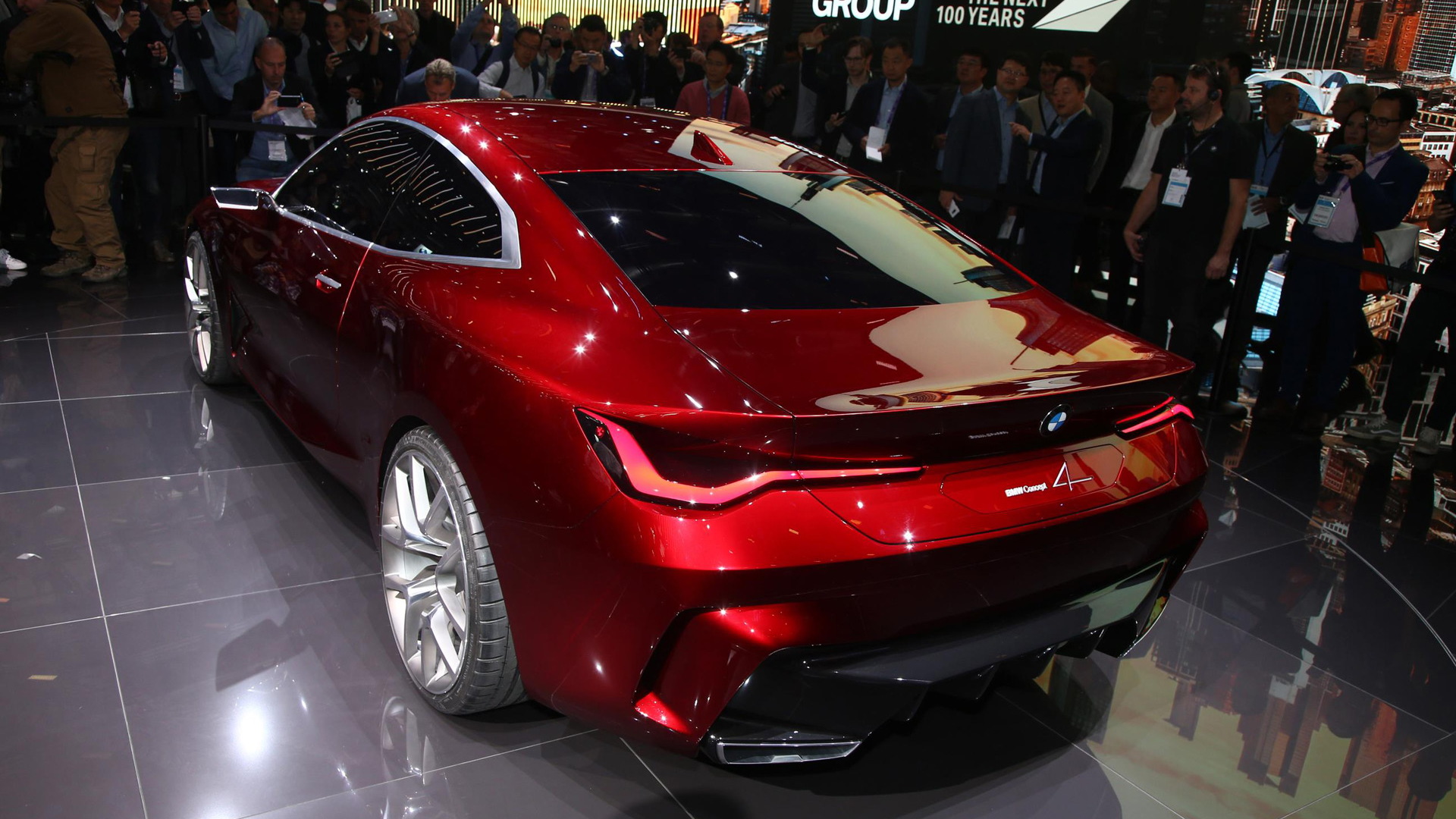 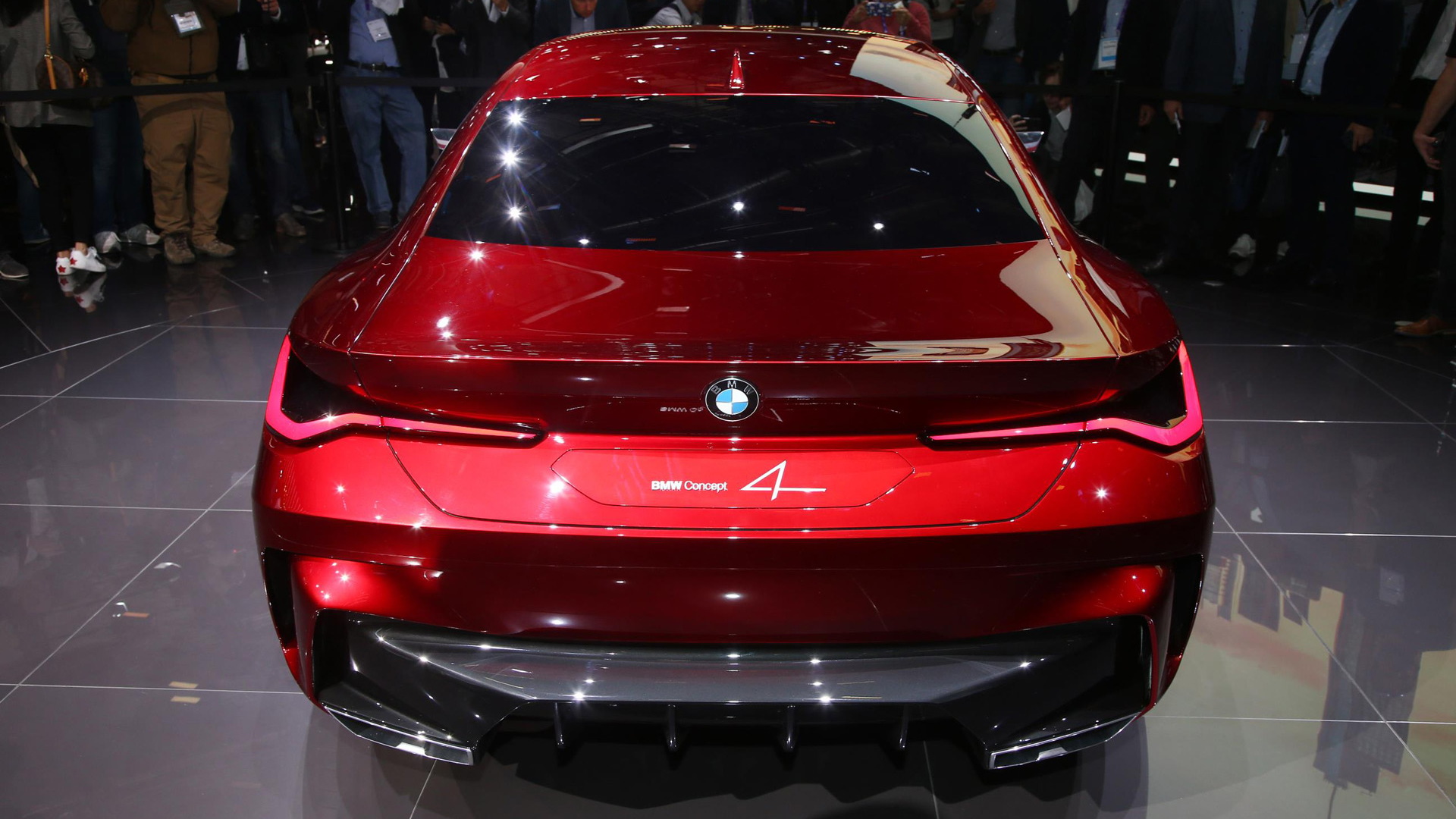 BMW has given us the clearest look yet at its redesigned 4-Series with the Concept 4 unveiled on Tuesday at the Frankfurt International Motor Show.

It's a bold representation of the upcoming coupe and we're sure the oversized grille will prove controversial. The vertical design takes inspiration from sporting BMWs of the past like the pre-war 328 and 3.0 CSi of the 1970s.

“The kidney grille has always been a signature feature of BMW cars,” said Domagoj Dukec, BMW's head of design. “The BMW Concept 4 presents a confident and classy take on this iconic feature. At the same time, the BMW Concept 4 offers a look ahead to the expressive face of the 4-Series range.”

Judging by our spy shots of prototypes for the new 4-Series, the look will be toned down significantly for production. The same is likely true for the concept's rear which looks to be losing its pronounced ducktail spoiler on the road to production.

Other elements of the concept that we likely won't see in production are the impossibly thin side mirrors and open headlights. The LEDs of the headlights feature no glass cover; instead they are worked into the body to create a jewel-like appearance.

With the reveal of the Concept 4, BMW is clearly signalling that the 4-Series it will spawn won't simply resemble a two-door 3-Series. The car is expected to debut next summer and sales should commence in late 2020 or early the following year.

A new 4-Series Convertible is also planned and likely a new 4-Series Gran Coupe as well. It's possible the latter will be offered exclusively as an electric model badged an i4.