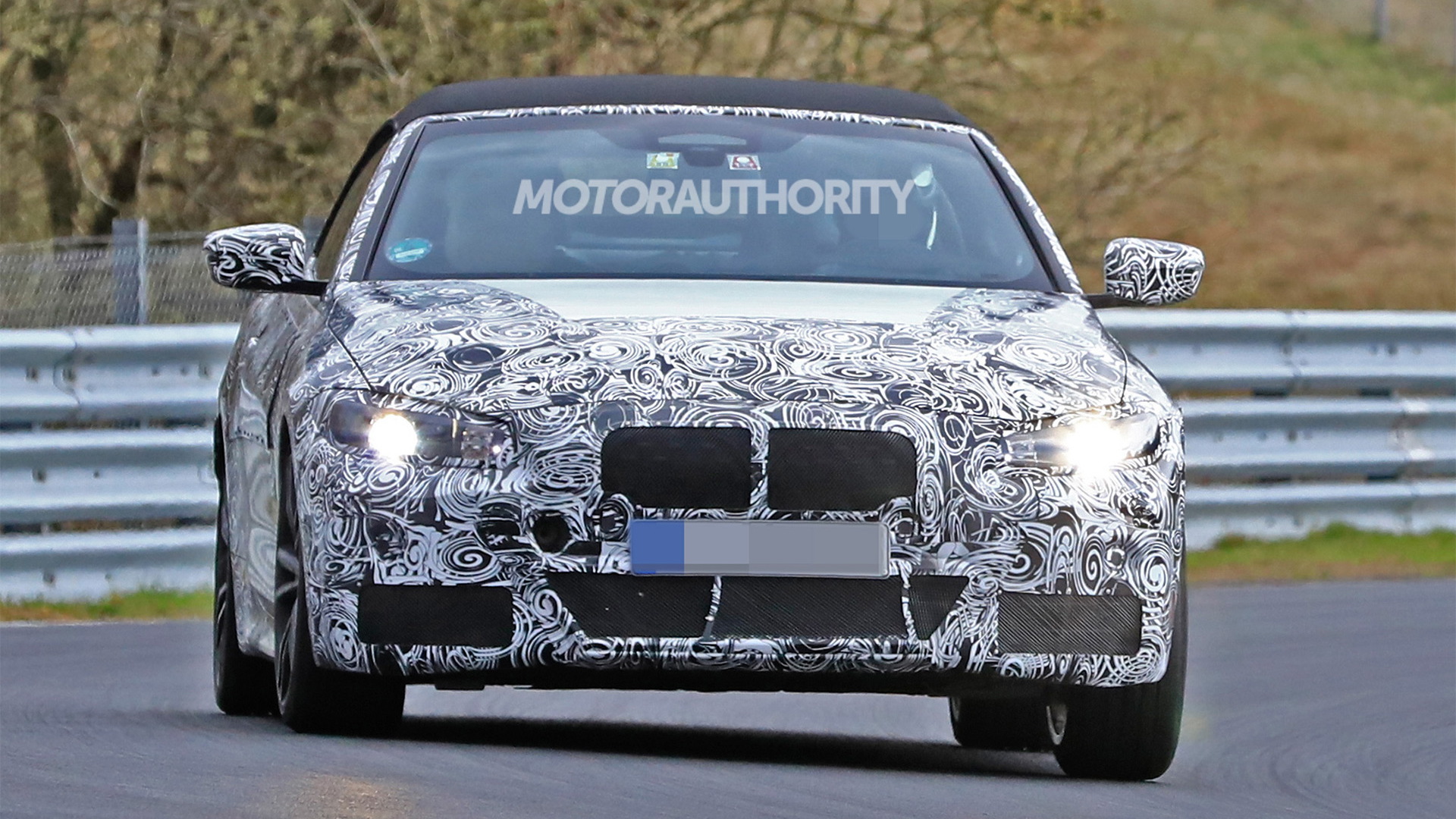 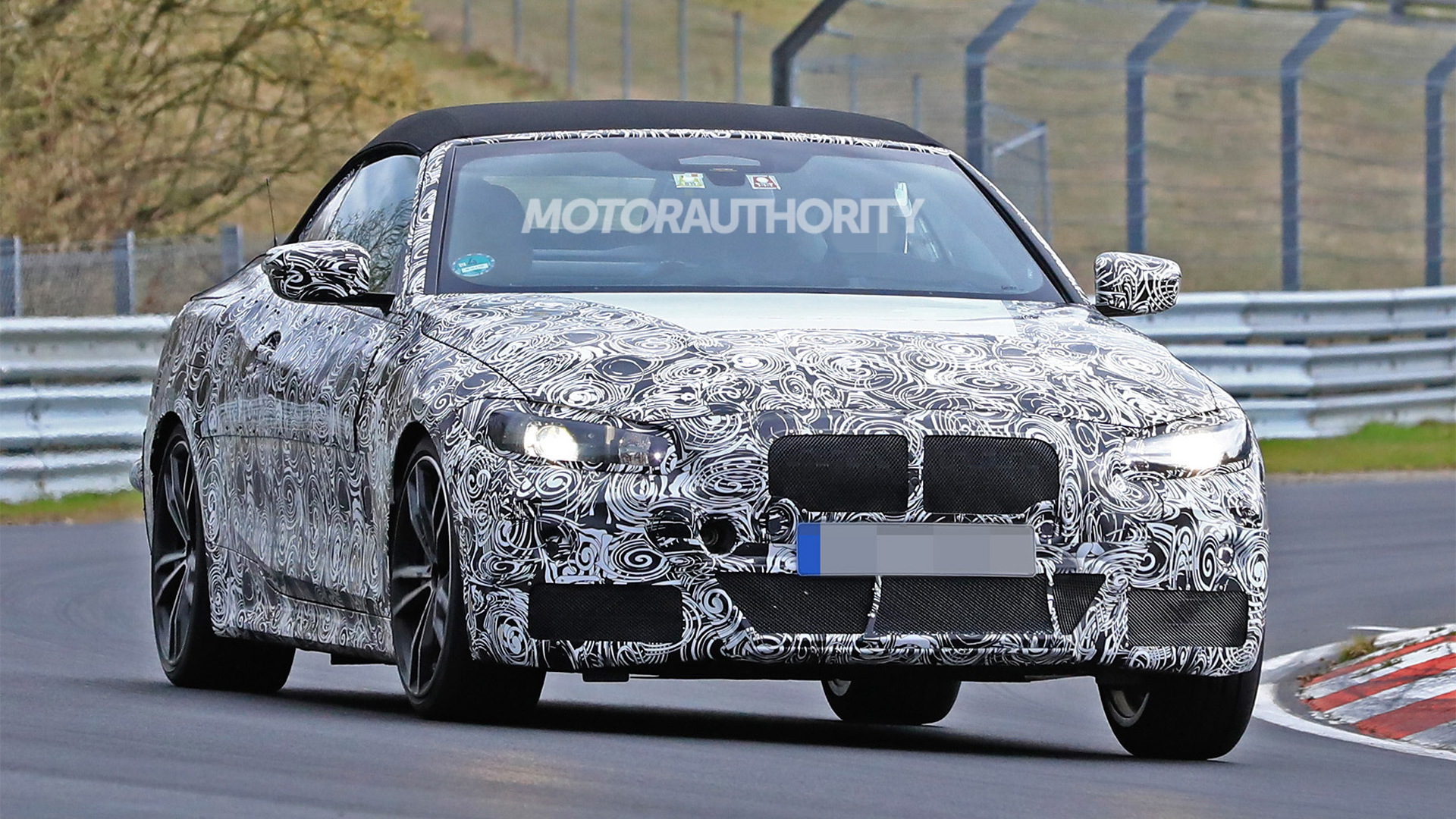 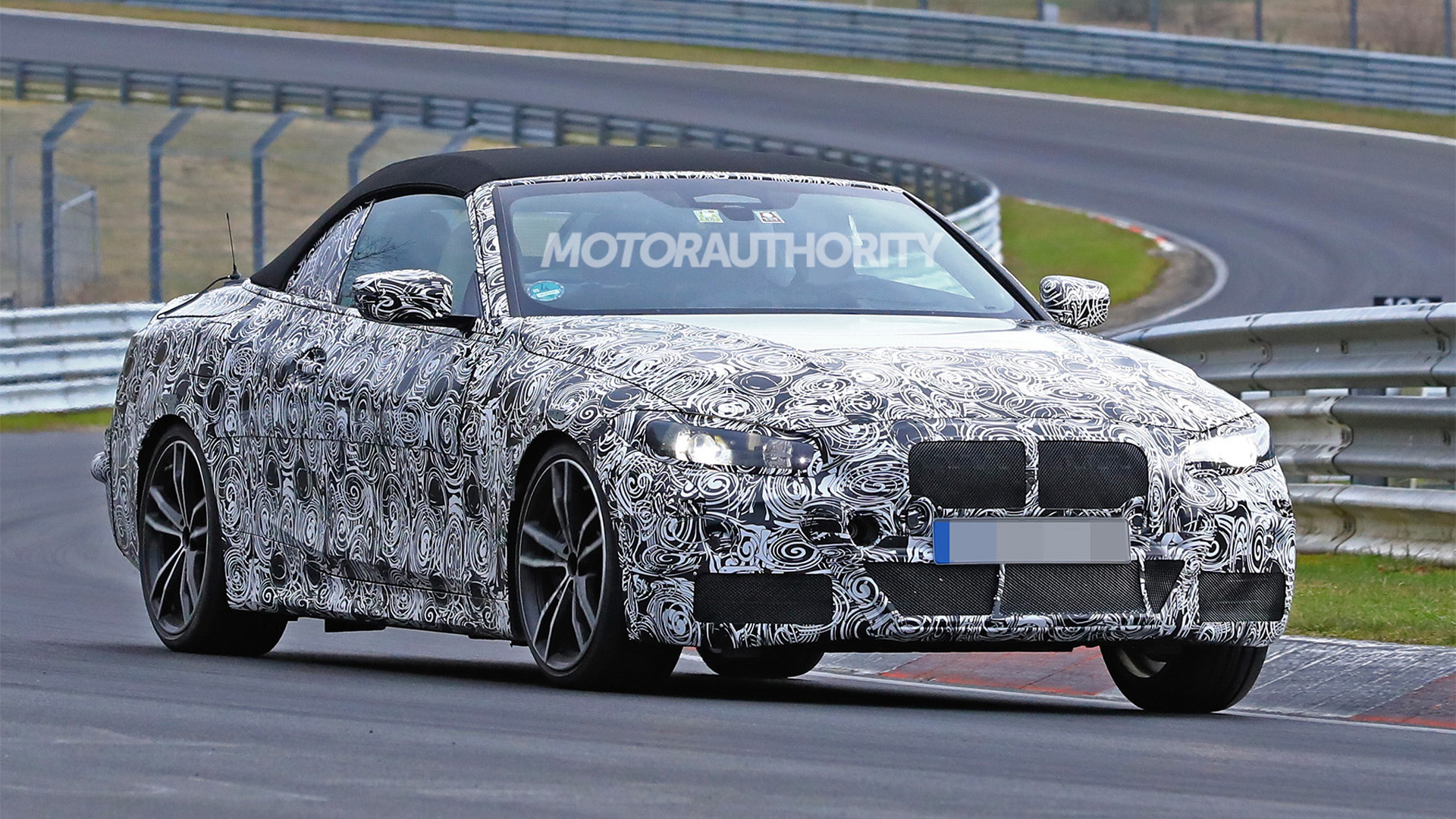 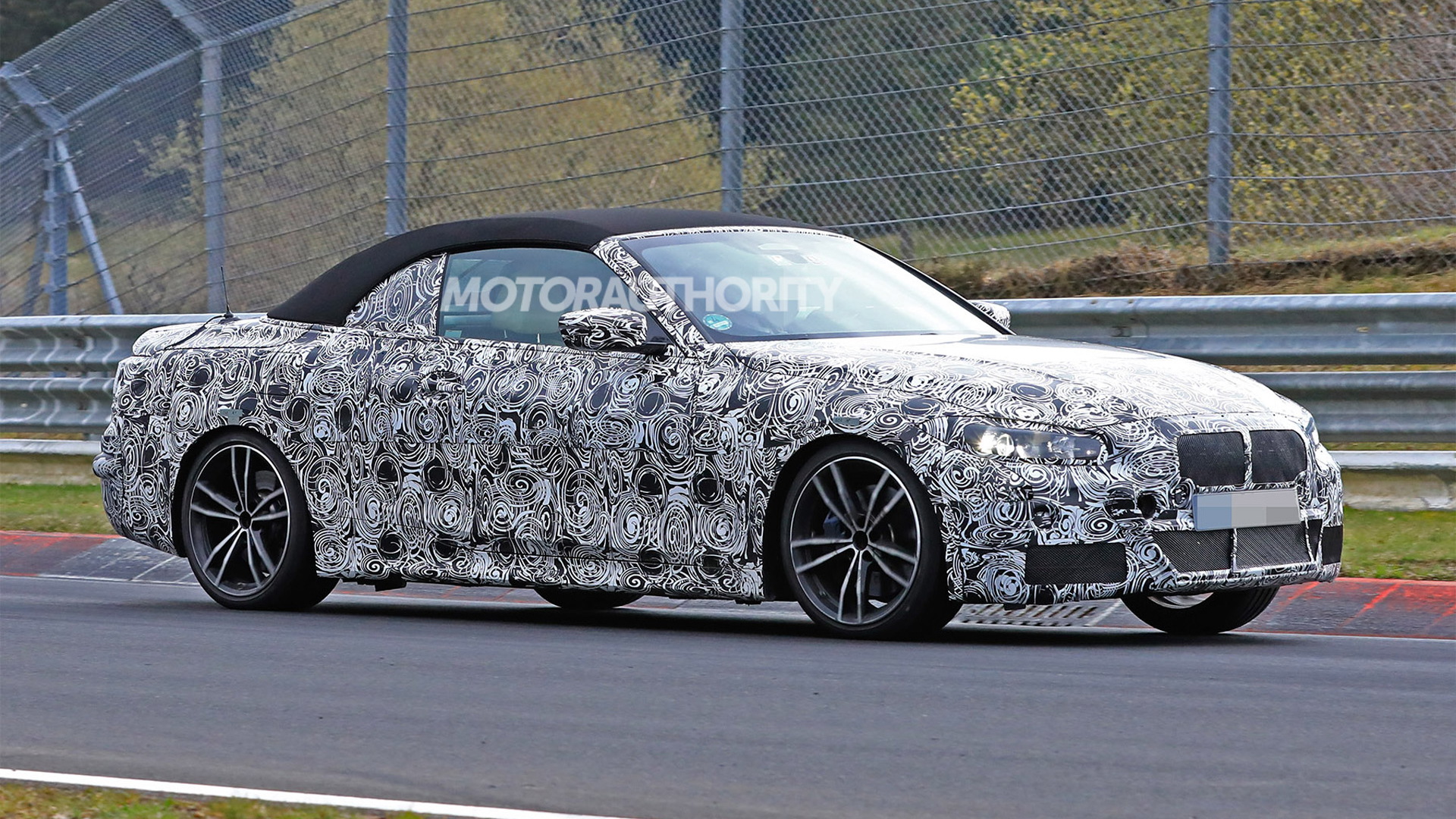 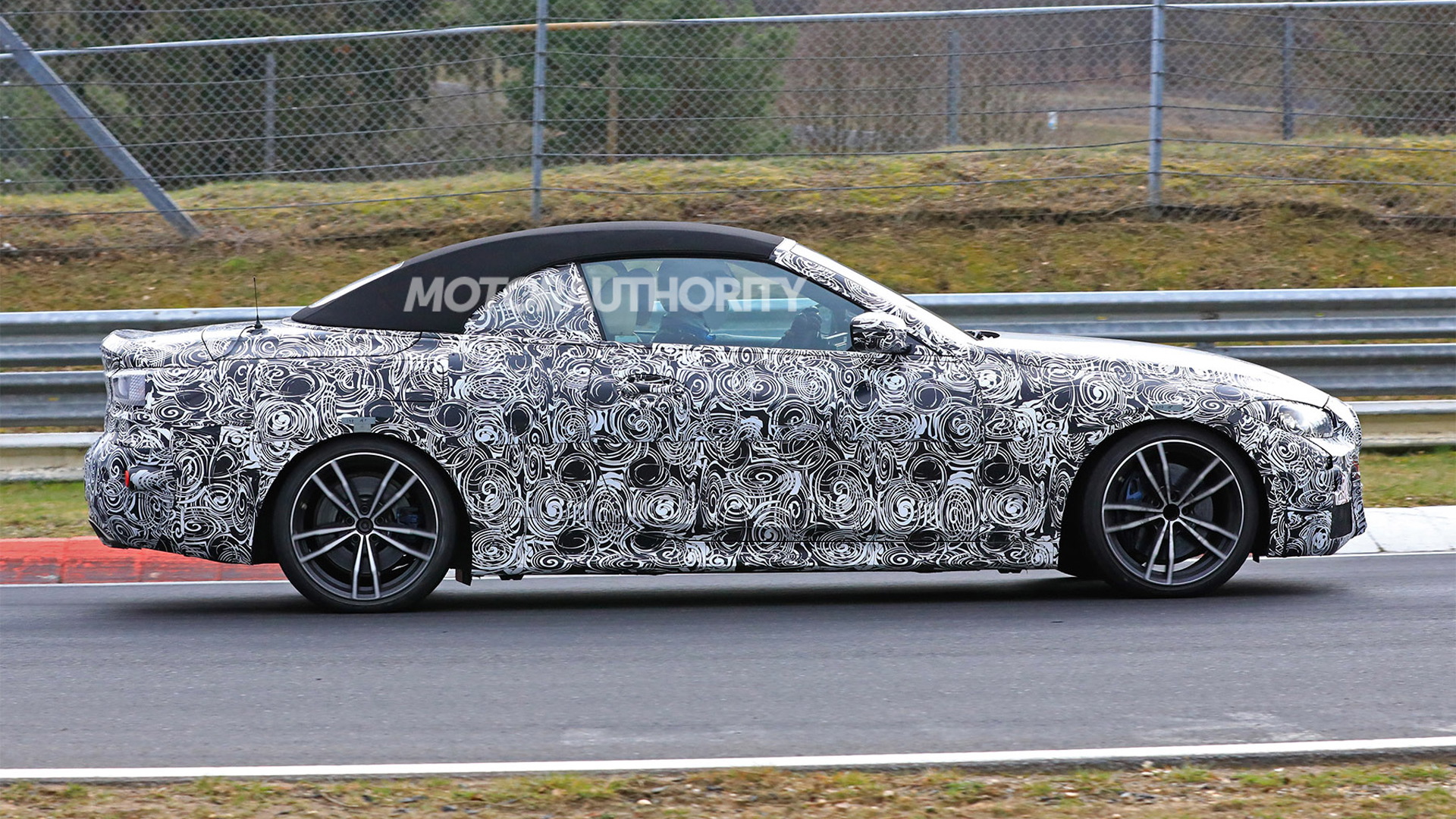 BMW introduced a redesigned 3-Series for 2019 and today we have new spy shots and video of a prototype for the related 4-Series, specifically the 4-Series Convertible.

The redesigned 4-Series is expected to debut in late 2019, but in coupe form only initially. The convertible should trail the coupe by about six months to a year. They are currently expected to arrive as 2021 models.

BMW is clearly going for an evolutionary look for its new 4-Series though one major change with the convertible will be a switch to a soft-top roof instead of the current model's retractable hardtop. The simpler, sleeker design should not only improve the way the 4-Series Convertible looks but also make it lighter and more dynamic. Soft-top roofs also tend to take up less space in the trunk when folded.

Further weight savings should result from the adoption of BMW's multi-material CLAR modular platform. The new platform, which debuted in the 2016 7-Series, also means the possibility of electrified powertrains.

The core powertrains should be turbocharged 4- and 6-cylinder inline engines displacing 2.0 and 3.0 liters, respectively. The 2.0-liter mill should feature in a 430i model while the 3.0-liter mill should be reserved for an M440i M Performance model. Diesel and plug-in hybrid options should also be in the pipeline

Performance fans can look forward to a new generation of the M4 also coming with the convertible body style. It will pack BMW M's new S58 engine, a 3.0-liter twin-turbocharged inline-6 that should deliver around 473 horsepower in the M4 and as much as 503 hp in M4 Competition guise. The new engine debuted in the recently revealed X3 and X4 M.

The interior of the new 4-Series will be familiar to anyone who's been in a modern BMW. Expect a digital instrument cluster in addition to a large infotainment screen. Natural-speak voice activation should also feature in the car.

Beyond the coupe and convertible body styles, the redesigned 4-Series will also spawn a Gran Coupe liftback sedan. An electric i4 will also join the range in 2021.