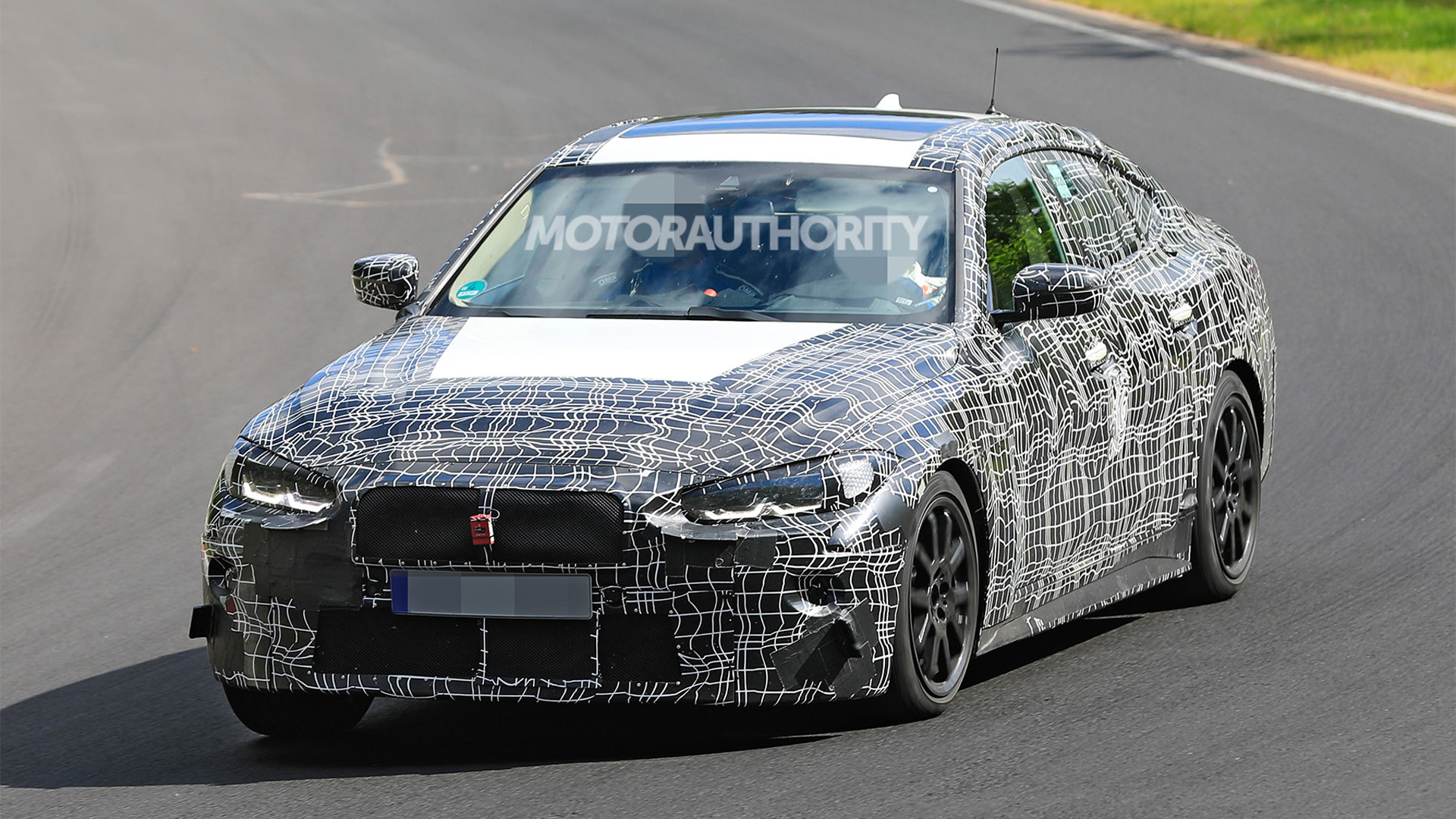 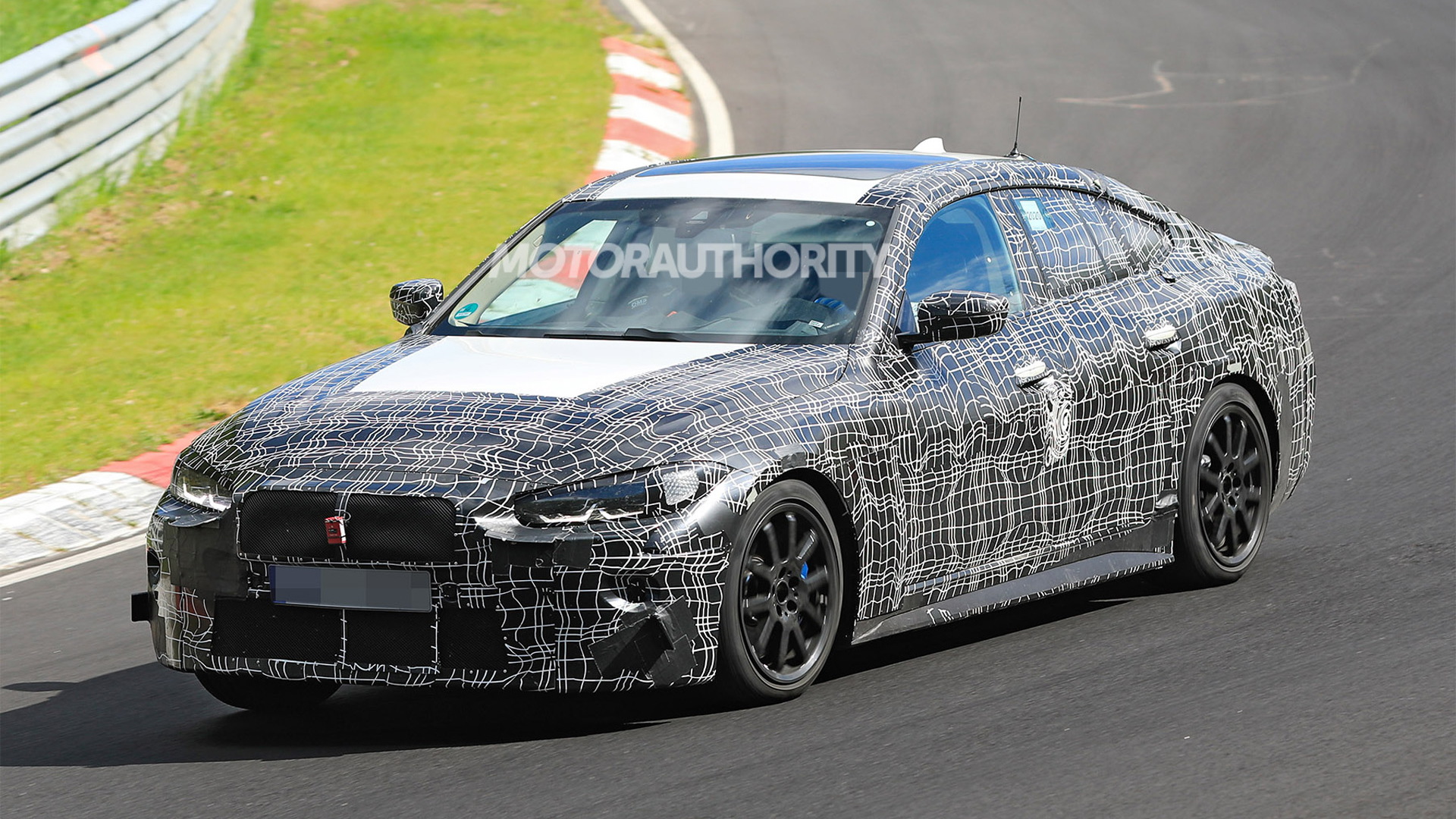 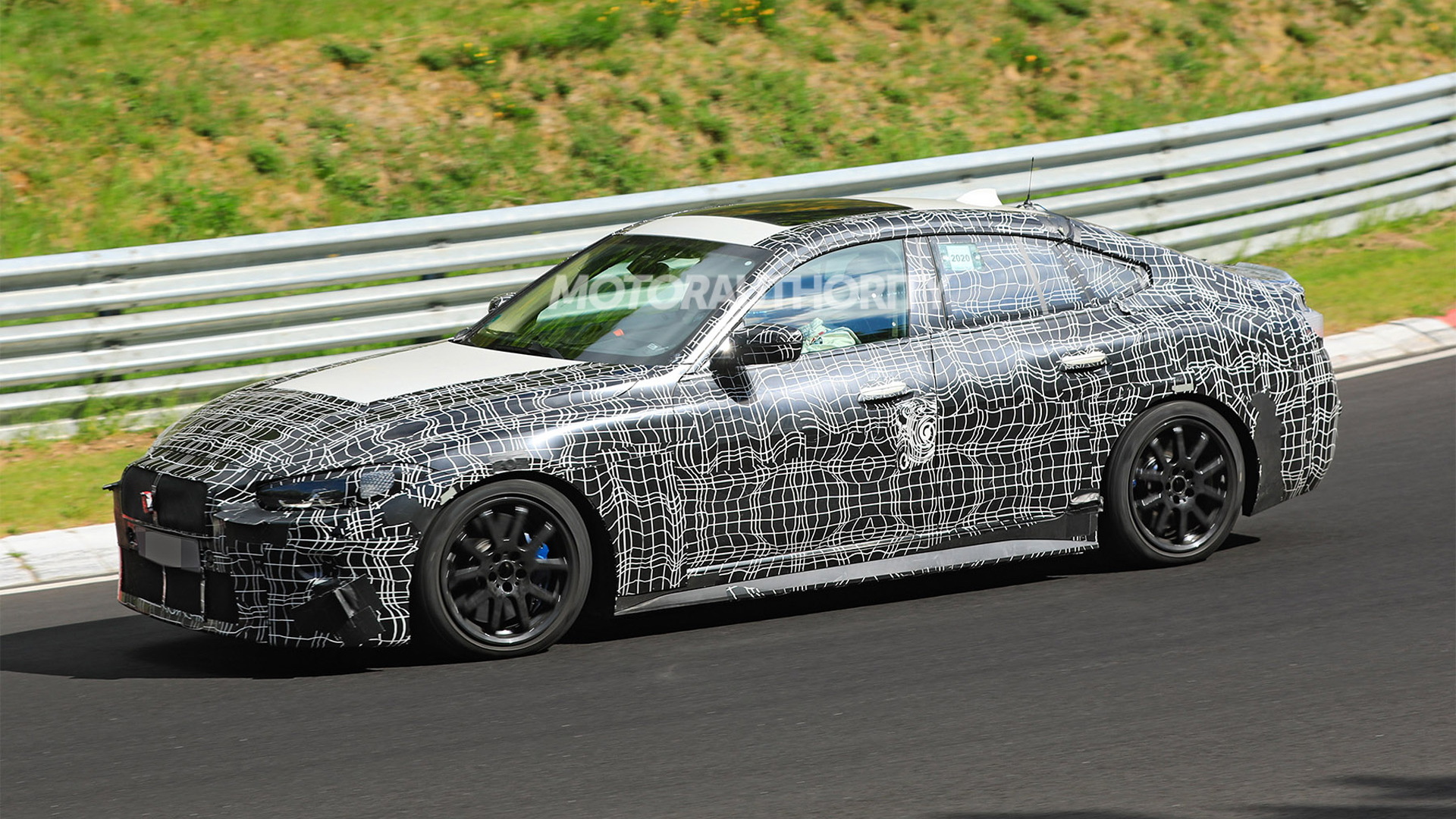 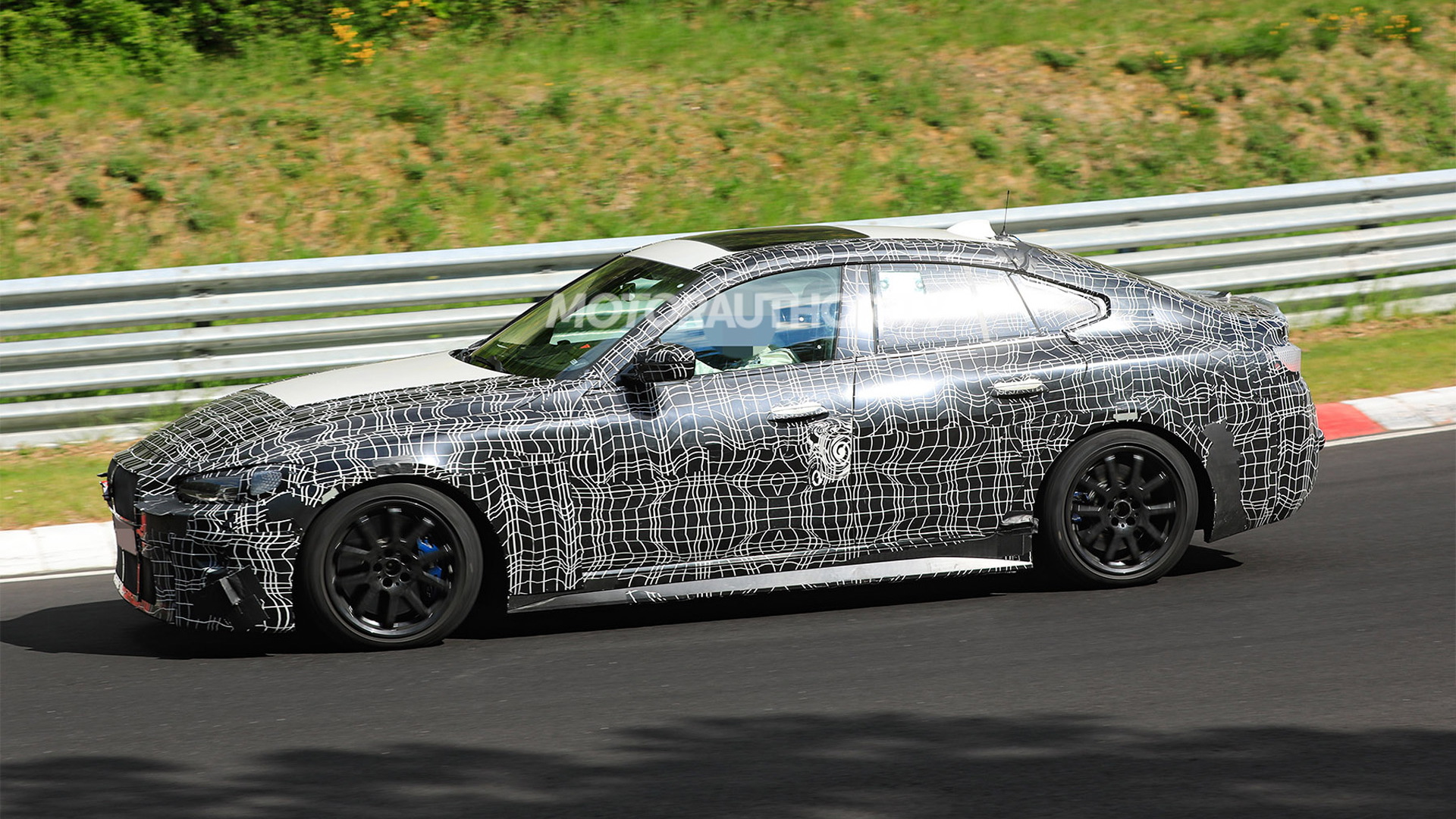 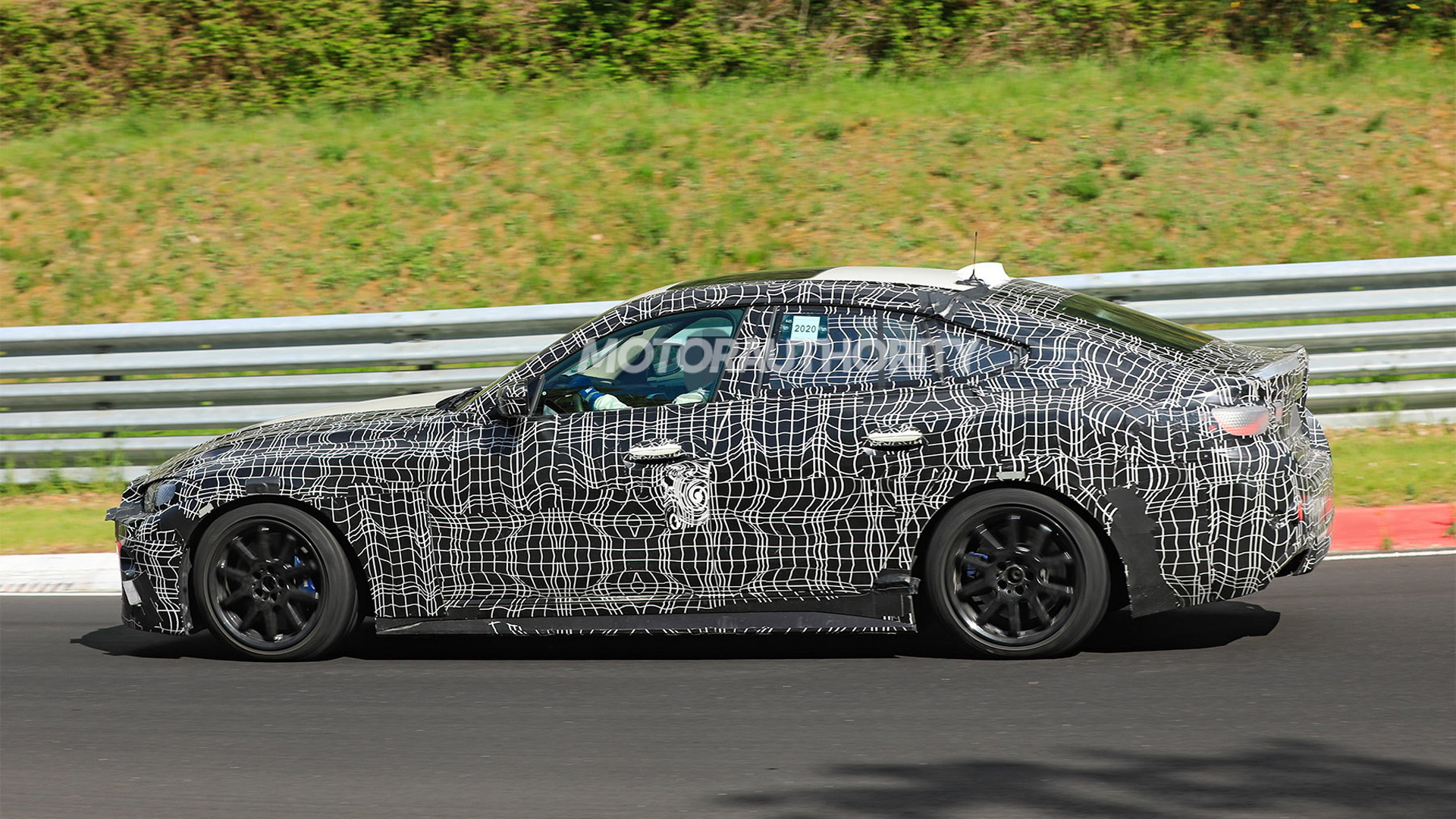 A new generation of the BMW 4-Series is coming to complement the redesigned 3-Series that arrived for 2019.

This time around there will also be an i4 battery-electric sedan joining the range. It will sit alongside the 4-Series Gran Coupe, the current version of which is one of the most popular variants in the 4-Series range.

We know the latest tester is for the 4-Series Gran Coupe and not the i4 because of the exhaust tips at the rear. Our photographer also confirmed the tester was powered by an internal-combustion engine and not a battery-electric setup.

BMW is clearly going for an evolutionary look for its new 4-Series though there will be a dramatic change up front: expect an oversized grille like the one on the 4-Series-previewing Concept 4 unveiled last year. The vertical design of the grille takes inspiration from sporting BMWs of the past like the pre-war 328 and 3.0 CSi of the 1970s.

The platform of the 4-Series, including the i4 variant, is BMW Group's CLAR design for rear-wheel-drive cars, and the core powertrains should be turbocharged 4- and 6-cylinder inline engines displacing 2.0 and 3.0 liters, respectively. The 2.0-liter mill will feature in a 430i model while the 3.0-liter mill will be reserved for an M440i M Performance offering. The M440i will have 374 horsepower, as well as a temporary 11-hp boost from a mild-hybrid setup. Diesel and plug-in hybrid options should also be in the pipeline, though only the latter is likely to see sale in the United States.

The previous 4-Series Gran Coupe never offered an M4 model, though this is expected to change with the redesign. Expect all M4 models to pack BMW's new S58 engine, a 3.0-liter twin-turbocharged inline-6 that should deliver around 473 hp in the standard M4 and 503 hp in M4 Competition guise. The M4 won't be the most powerful in the pack, though. That honor will go to the i4 which will have up to 523 hp on tap.

The interior of the 4-Series will be slightly different compared to the 3-Series. The layout of the center console is unique, and so is the design of the shifter. The car is expected to come standard with a digital instrument cluster which will be joined by a touchscreen display sitting at the top of the center stack. Natural-speak voice activation should also feature in the car.

Look for a debut of the two-door 4-Series variants in late summer. The four-door i4 and 4-Series Gran Coupe are due in 2021, meaning we'll likely see them arrive as 2022 models.