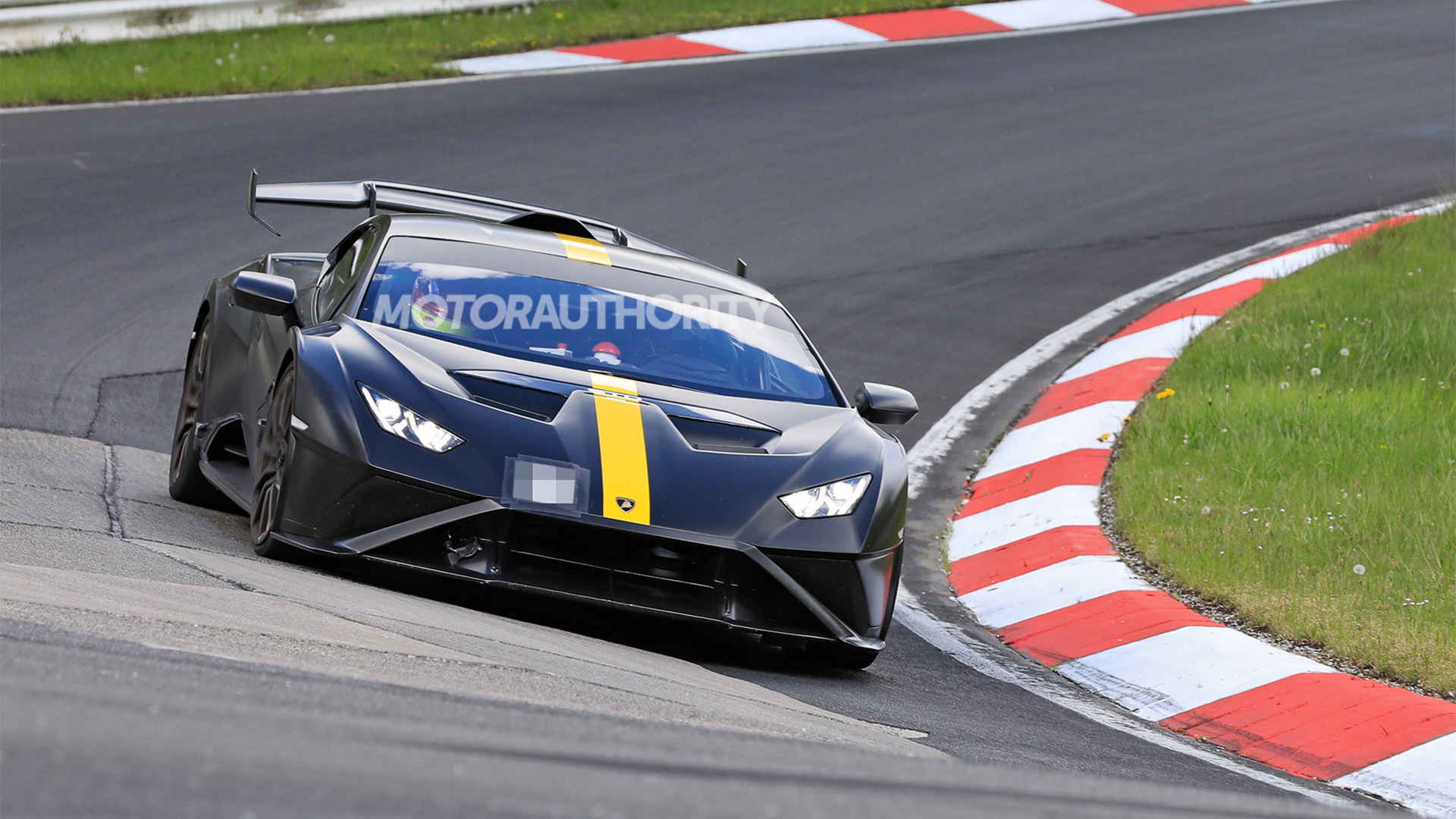 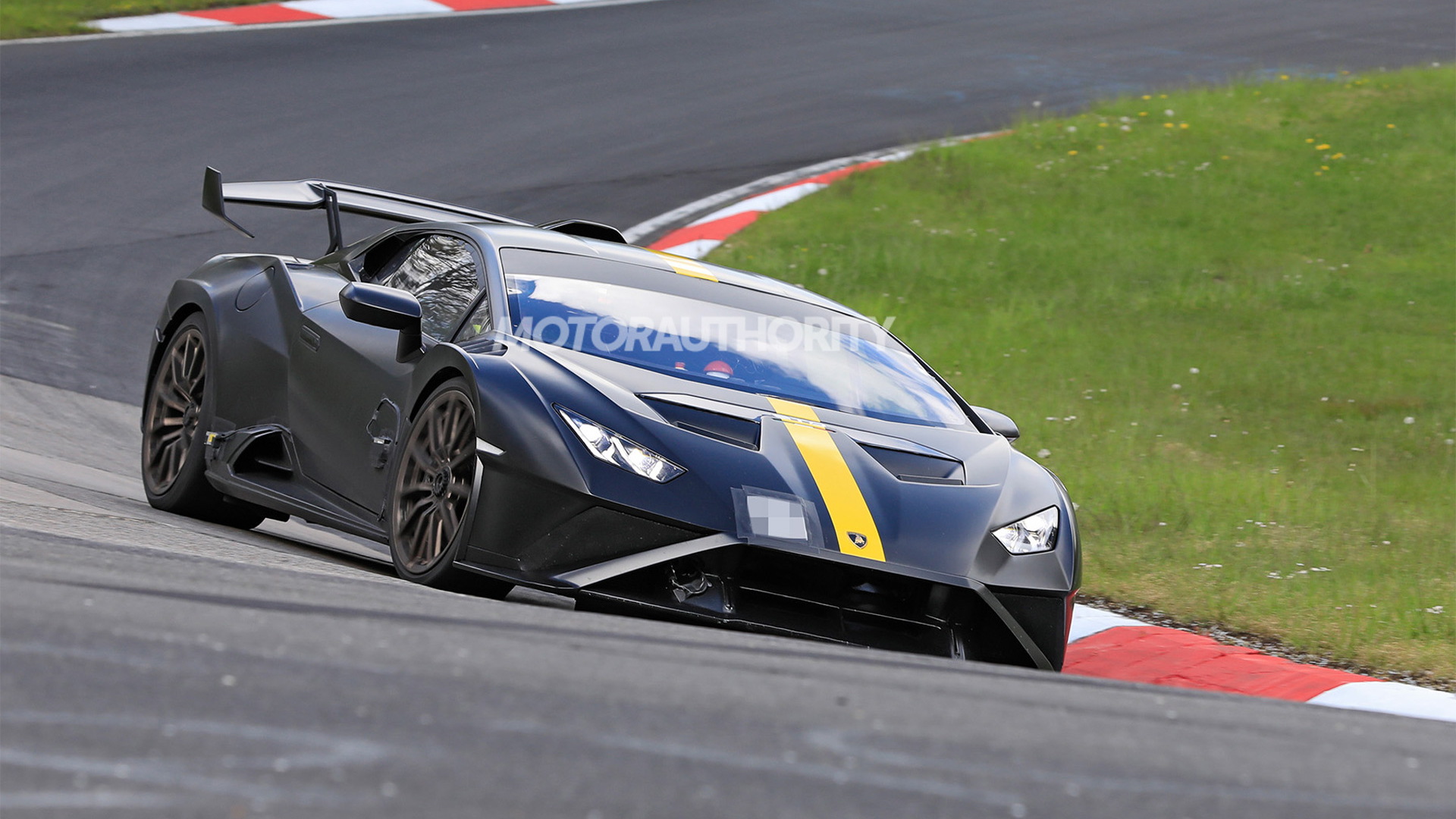 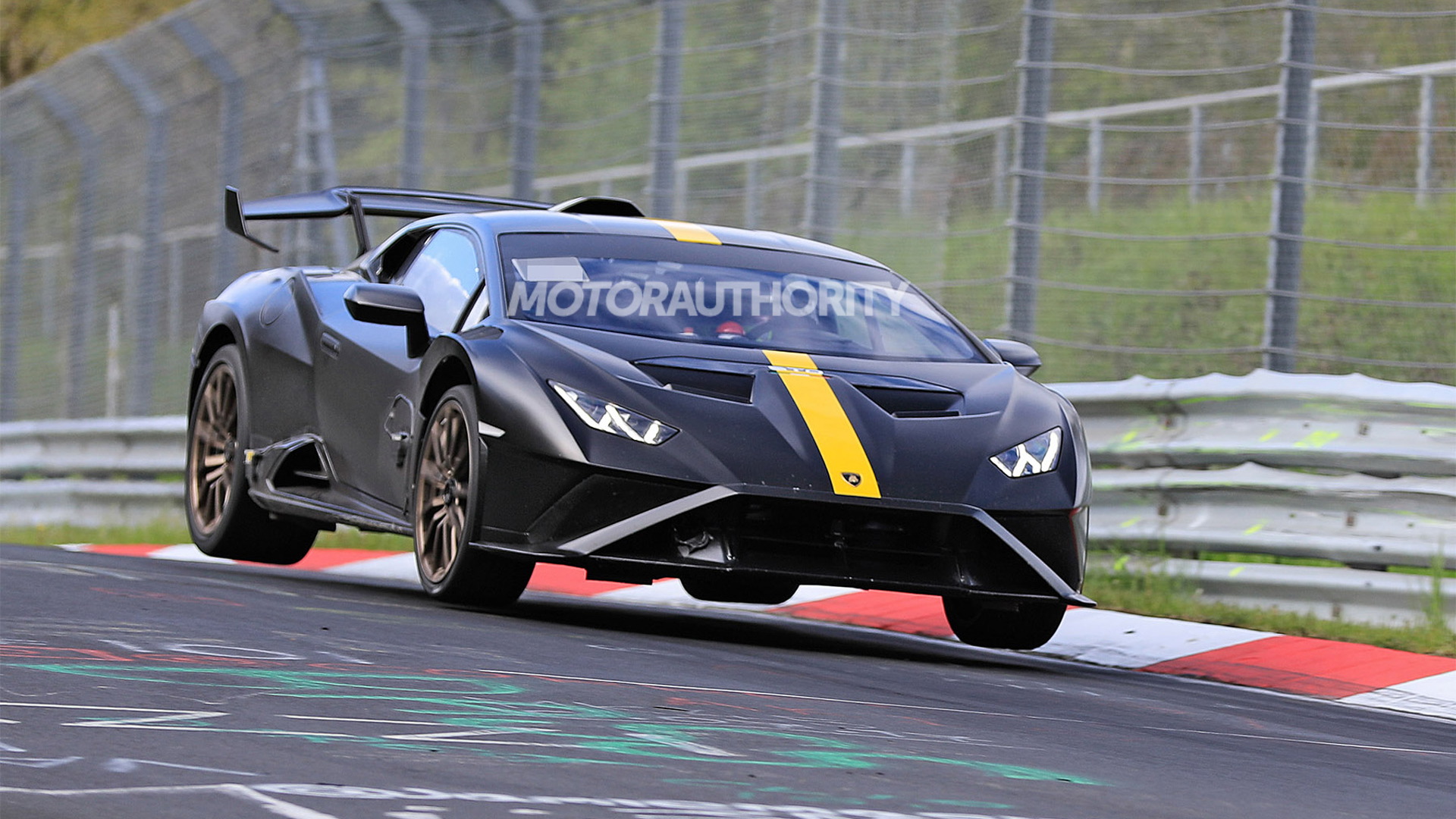 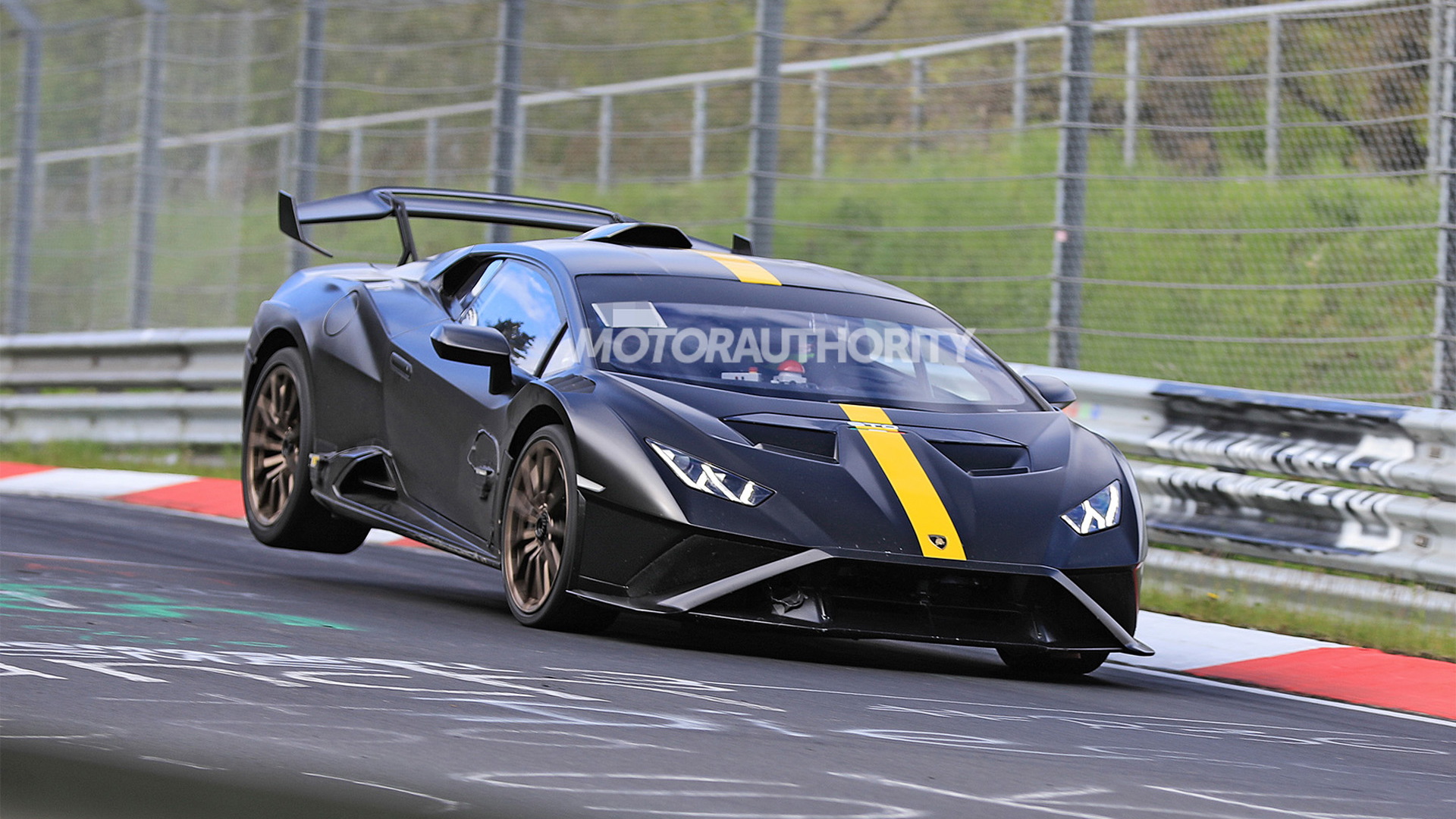 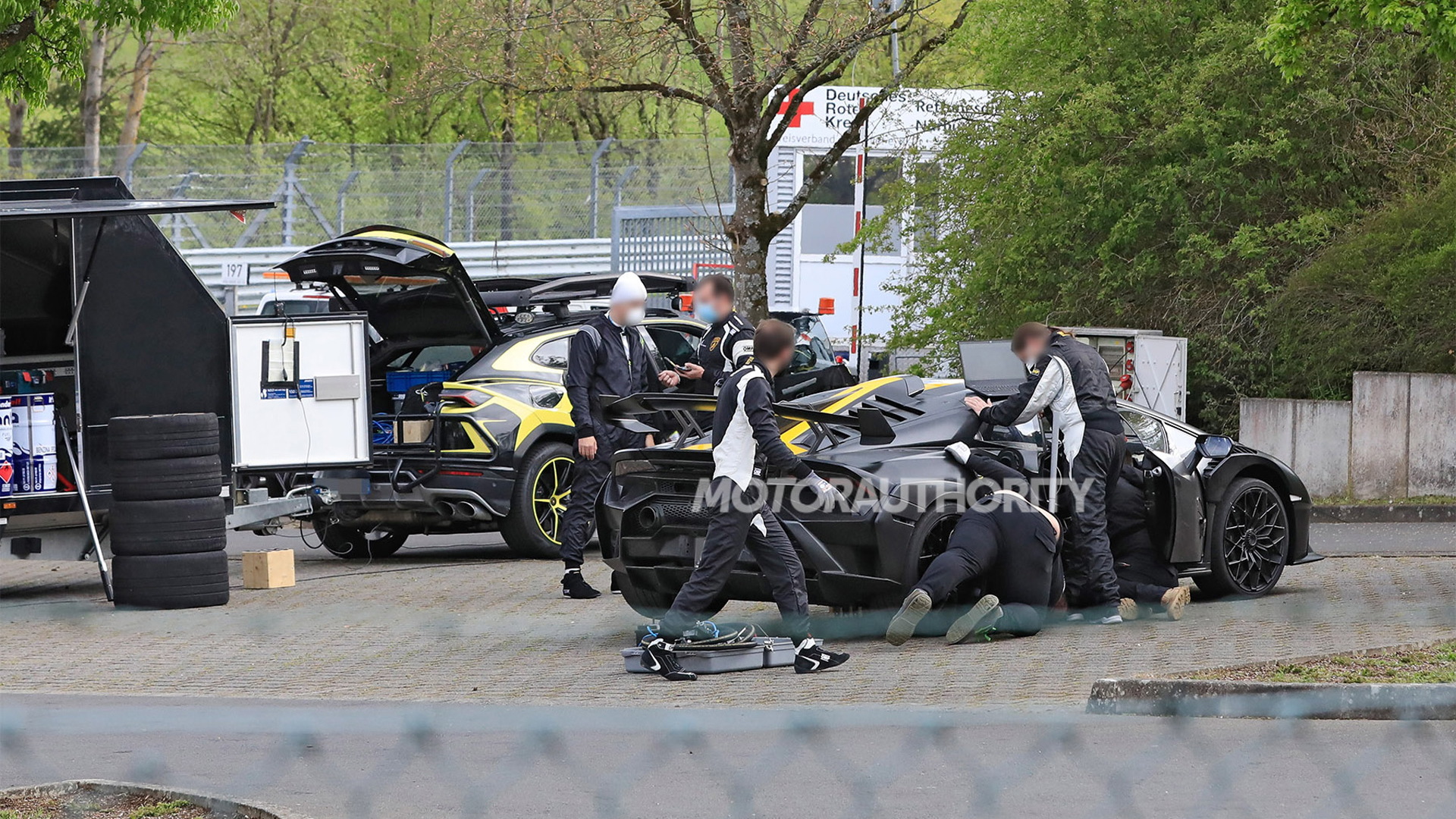 It wasn't that long ago the Lamborghini Huracan Performante held the Nürburgring lap record for production cars, having clocked a time of 6:52.01 in 2017.

The record has since traded places a couple of times and currently sits with Mercedes-Benz AMG whose GT Black Series ran a 6:43.61 in 2020.

Lamborghini now has a faster Huracan, the STO, and it was recently spotted at the Nürburgring with a team of engineers in what appears to be a lap record attempt.

These photos and video show the car being run hard on the track. We can also see the engineers have multiple sets of tires to use. Interestingly, Lamborghini has selected a set of Bridgestone tires for the STO and not the usual Pirellis it normally fits to its cars. The Bridgestones are a set of street-legal Potenza tires custom developed for the STO.

Unfortunately the test was cut a little short. As you'll see at the 3:50 mark in the video, the car needed to limp home after damaging some of its underbody on the track. They don't call it the Green Hell for nothing.

Unveiled last November, the Huracan STO is a homologation-style special derived from the Huracan Super Trofeo race car, with reduced weight and improved aero boosting performance rather than an increase in horsepower. The naturally aspirated 5.2-liter V-10 engines in the STO and Performante actually have the same 630-hp rating.

The aerodynamics play a major role in the STO's performance. There are multiple air ducts located in the front of the car, which is now a single cowl combining the fenders and hood. It actually flips forward as one piece, in a nod to the Miura. There's also no missing the large rear wing with its “swan neck” struts. Yes, the STO had it before the new Porsche 911 GT3.

If you're keen on bagging one, the Huracan STO is available now and priced from $327,838.