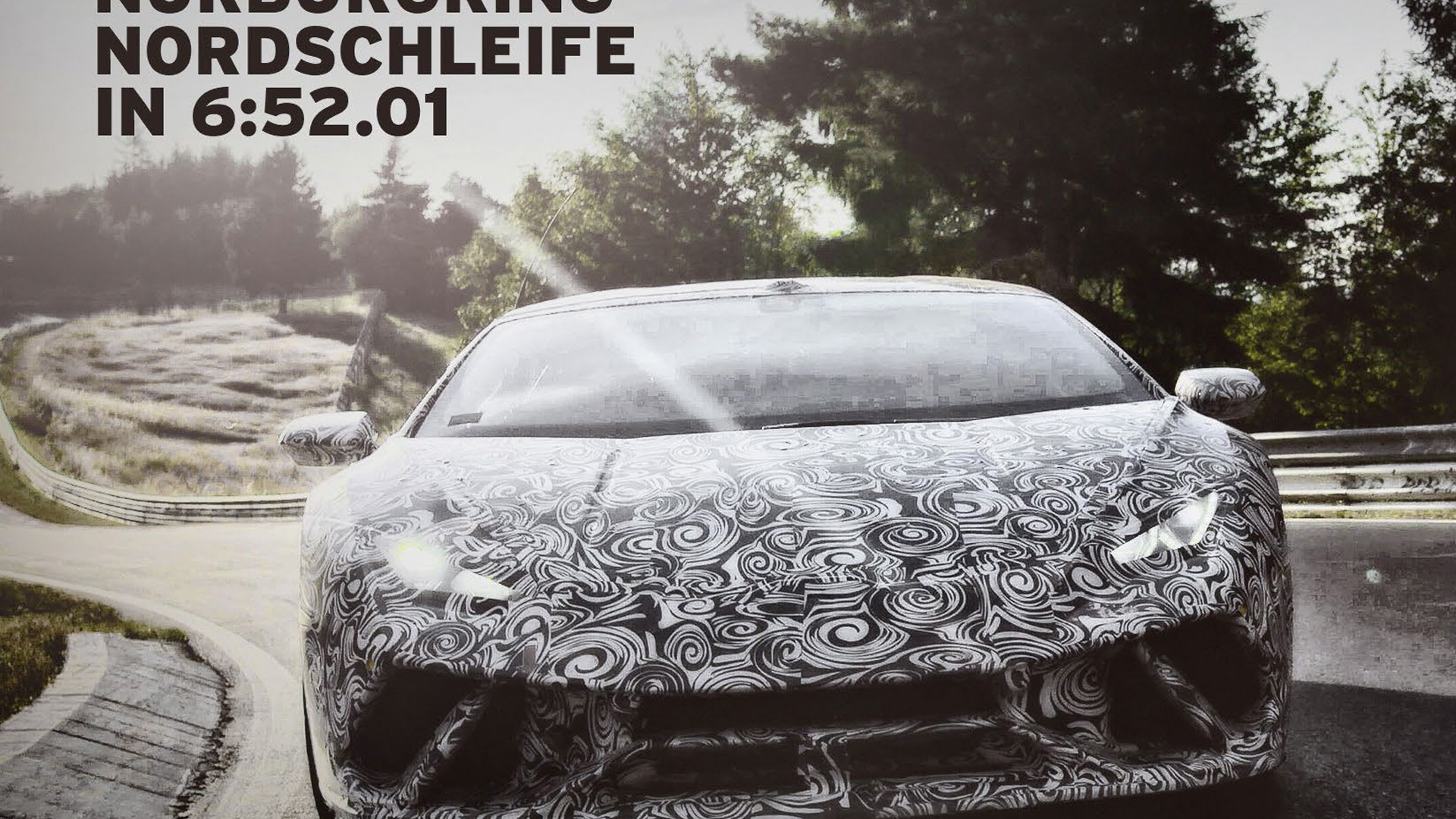 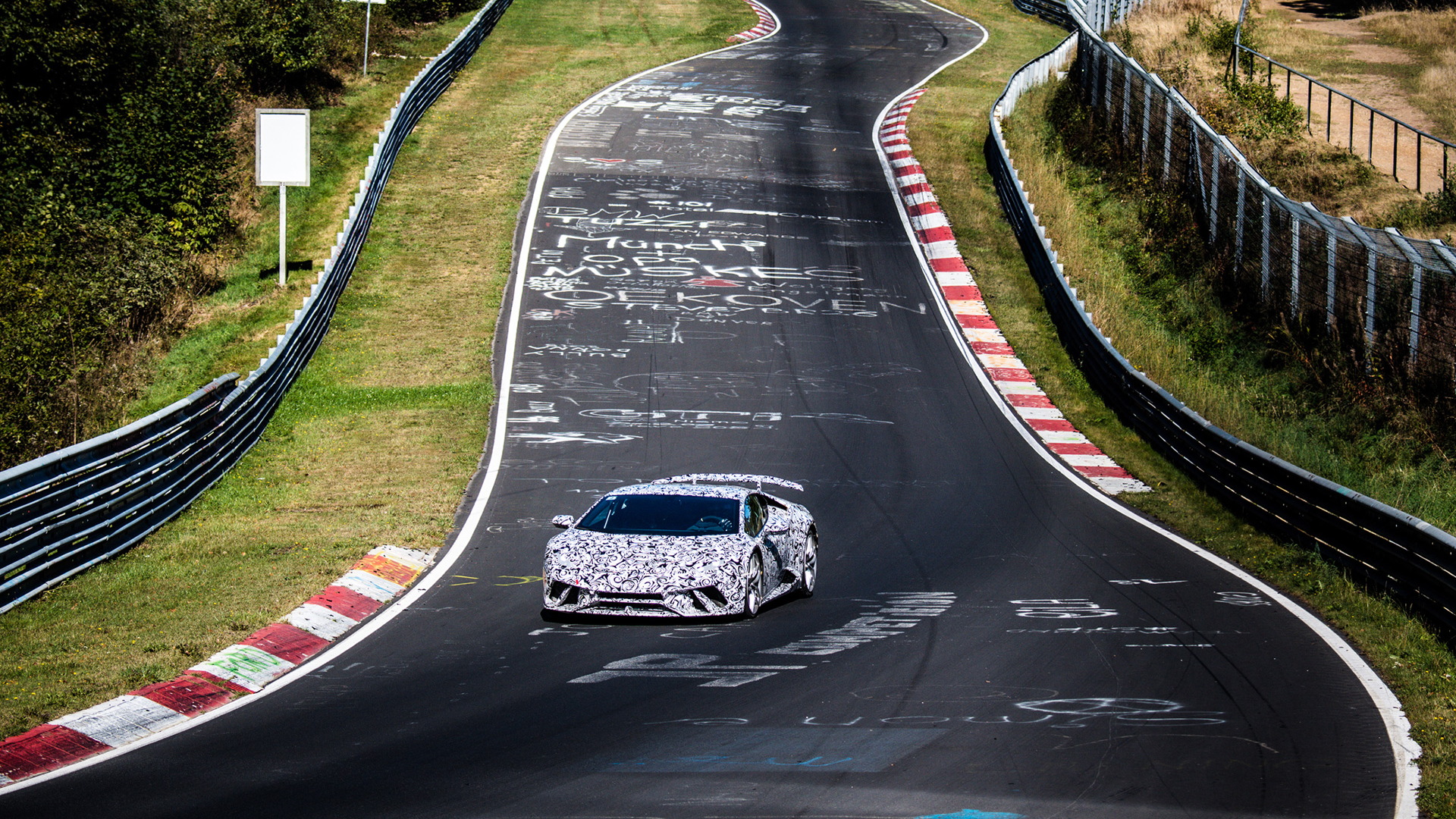 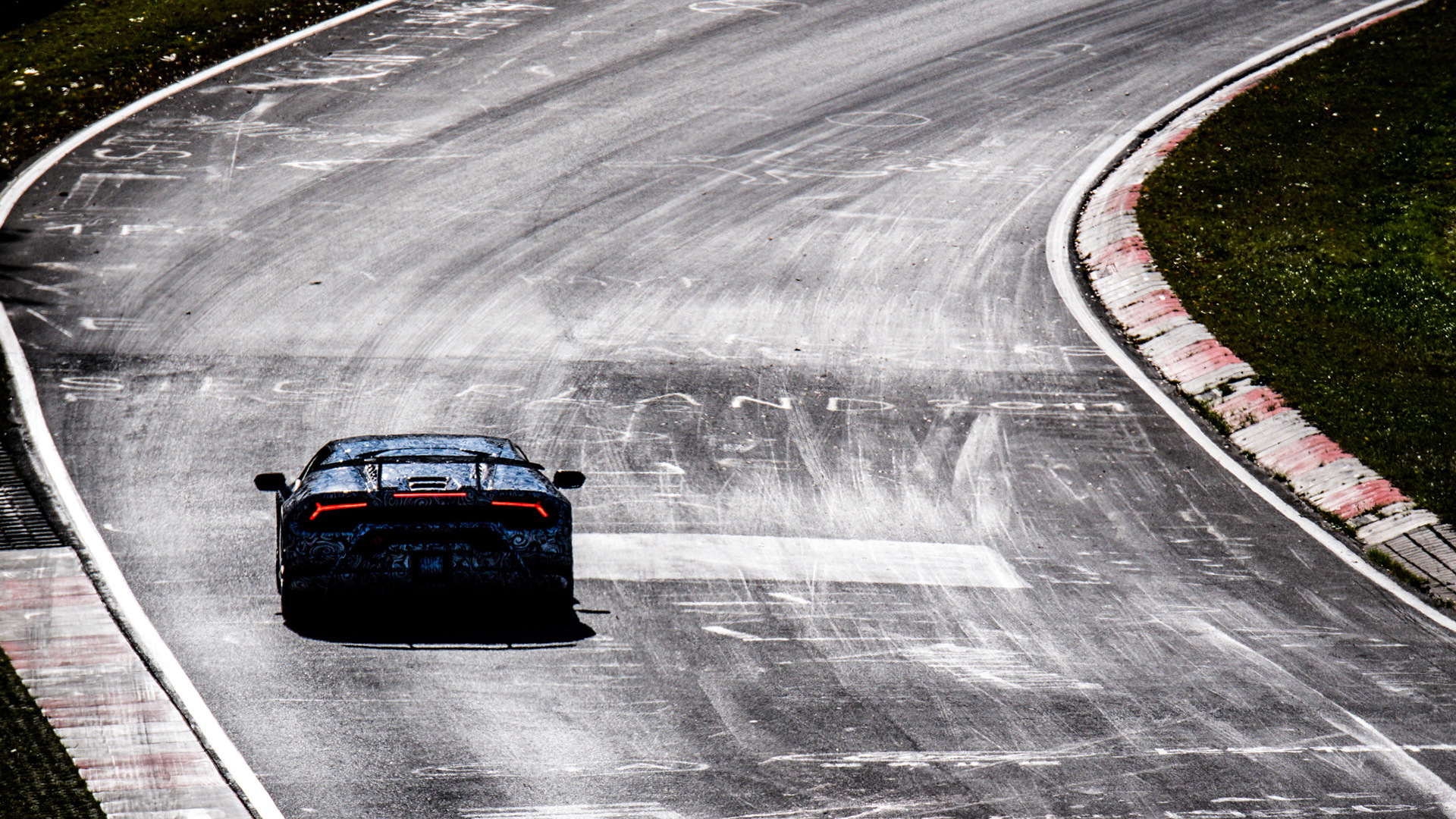 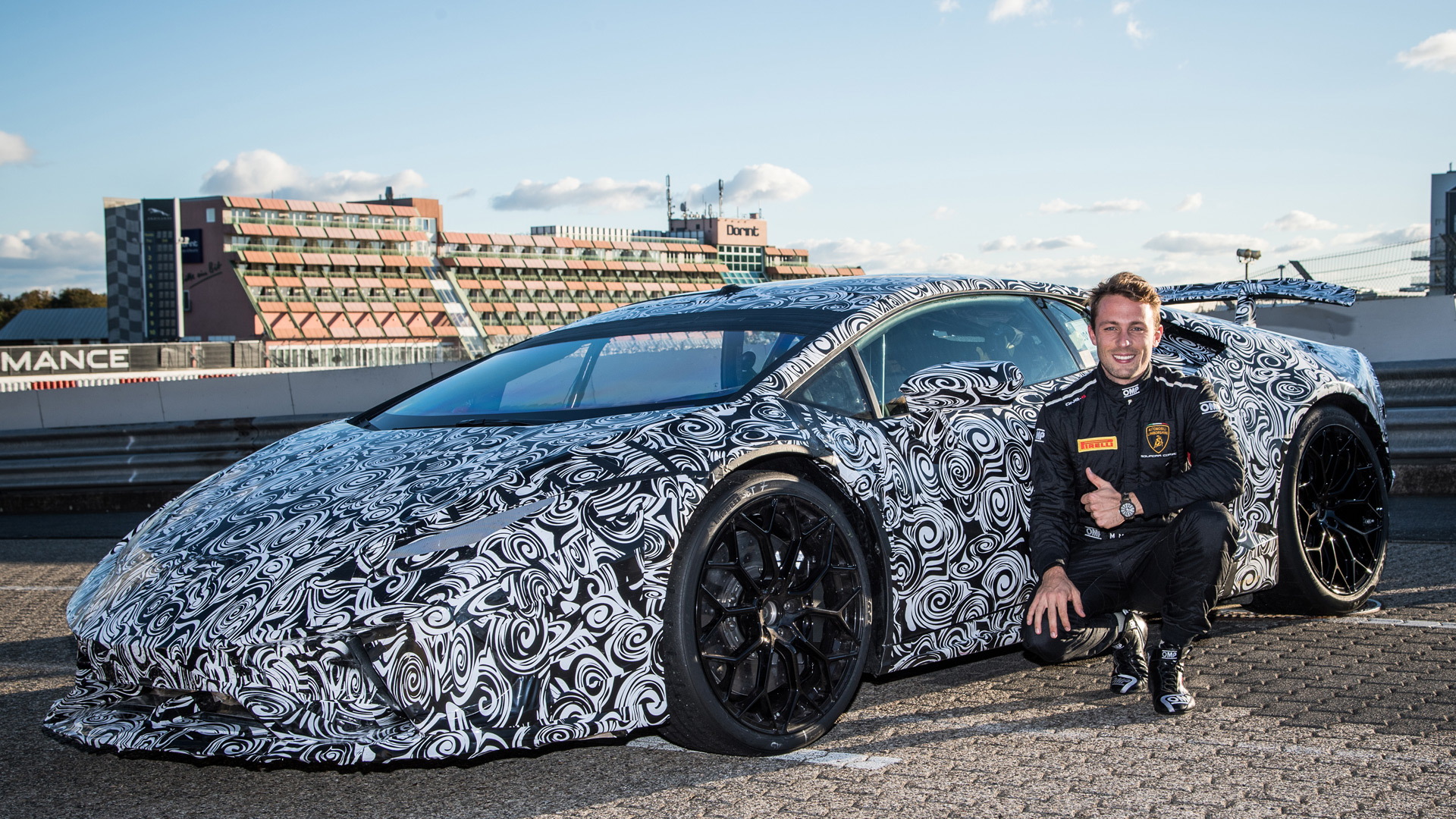 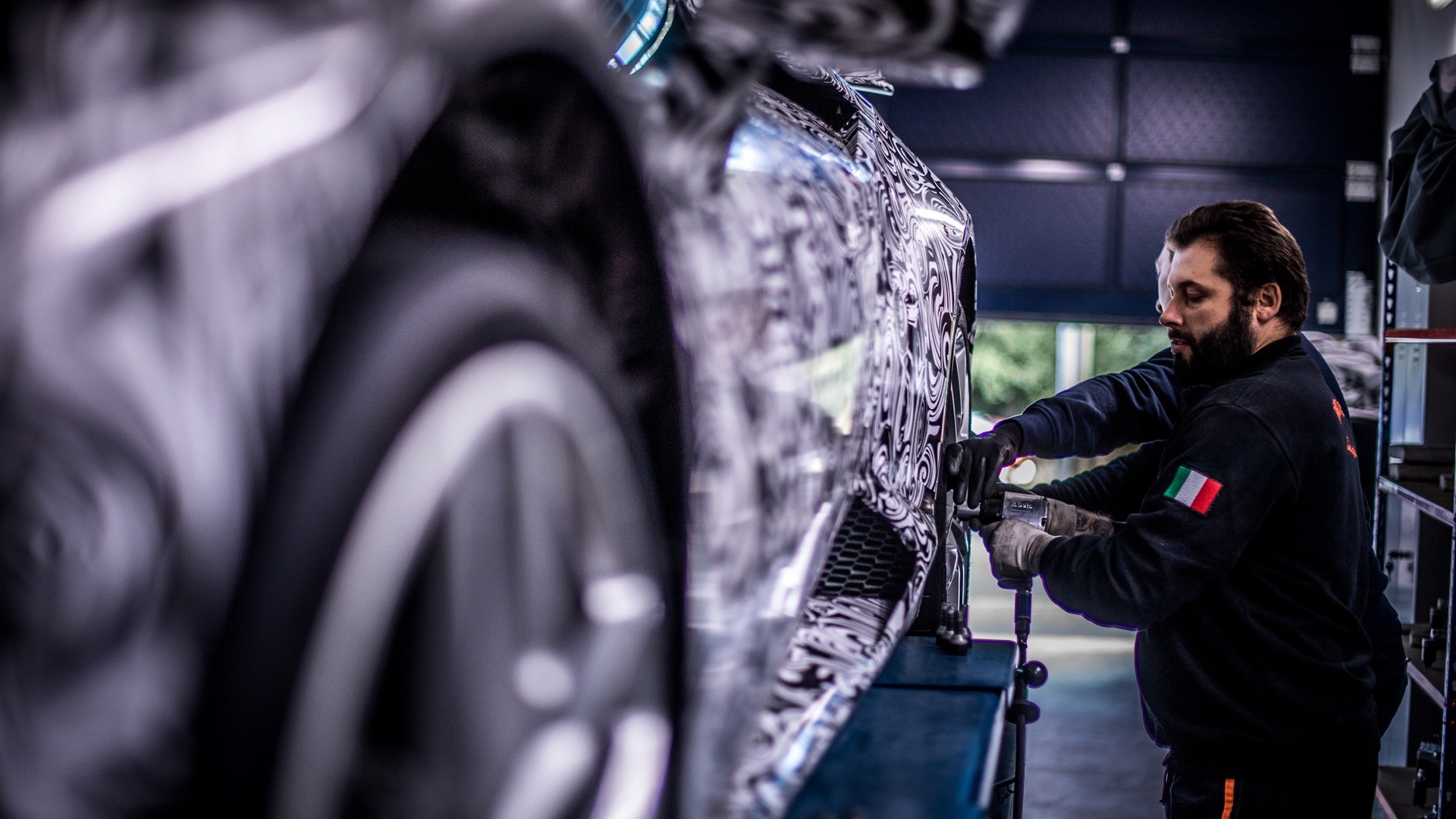 Meet the new king of the ‘Ring: the Lamborghini Huracán Performante.

The hardcore Huracán on October 5, 2016 was driven around the punishing 12.8-mile Nürburgring Nordschleife in a time of only 6:52.01—destroying the previous record for a production car, the 6:57 set by the Porsche 918 Spyder in 2013.

The man responsible for the epic run, featured here in all its glory, was Lamborghini test driver Marco Mapelli. He’s the same driver who took an Aventador SuperVeloce around the 'Ring in 6:59.73 back in 2015.

What’s most impressive is that the Huracán Performante isn’t a hybrid-endowed hypercar costing over a million dollars (pricing hasn’t been revealed but should be well under the $1M-mark). It doesn't even have any forced induction. The key to its performance is an active aerodynamics system called Aerodinamica Lamborghini Attiva, or ALA for short.

Marco Mapelli with the Lamborghini Huracán Performante at the Nürburgring

The system relies on a series of air channels and flaps at both ends of the car to adjust the vehicle's aerodynamics between maximum downforce mode for high-speed cornering and stability, and reduced drag mode for optimal acceleration and top speed. Down the long straight we see the car hit a top speed of 188 mph.

Of course, there are other areas of improvements on the Huracán Performante compared to the standard Huracán on which it's based. These include reduced weight, a more powerful V-10 engine, and an uprated four-wheel-drive and chassis system. The car also wears a bespoke set of Pirelli Trofeo R tires.

To learn about some of the other vehicles appearing at the Geneva auto show, head to our dedicated hub.