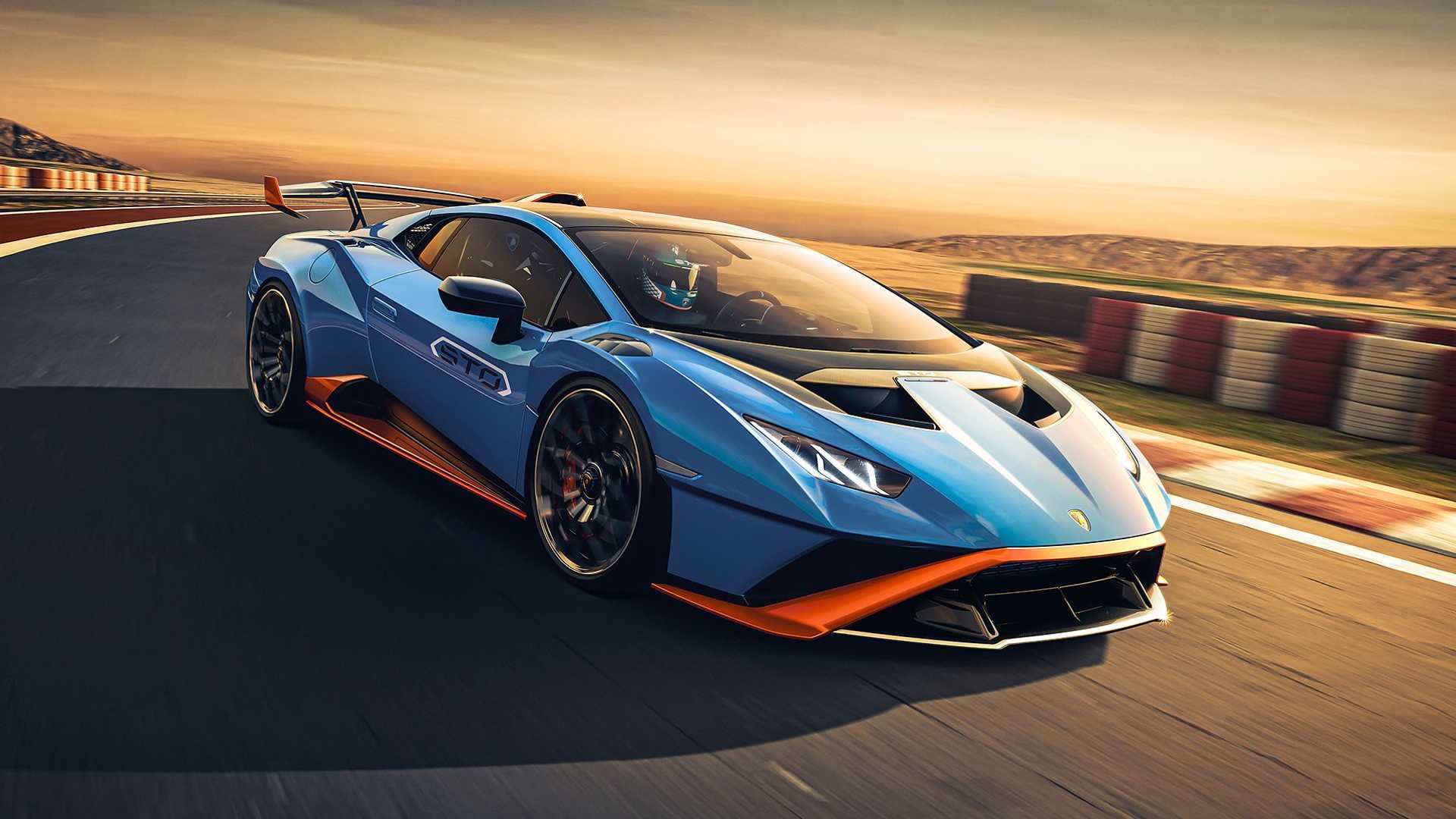 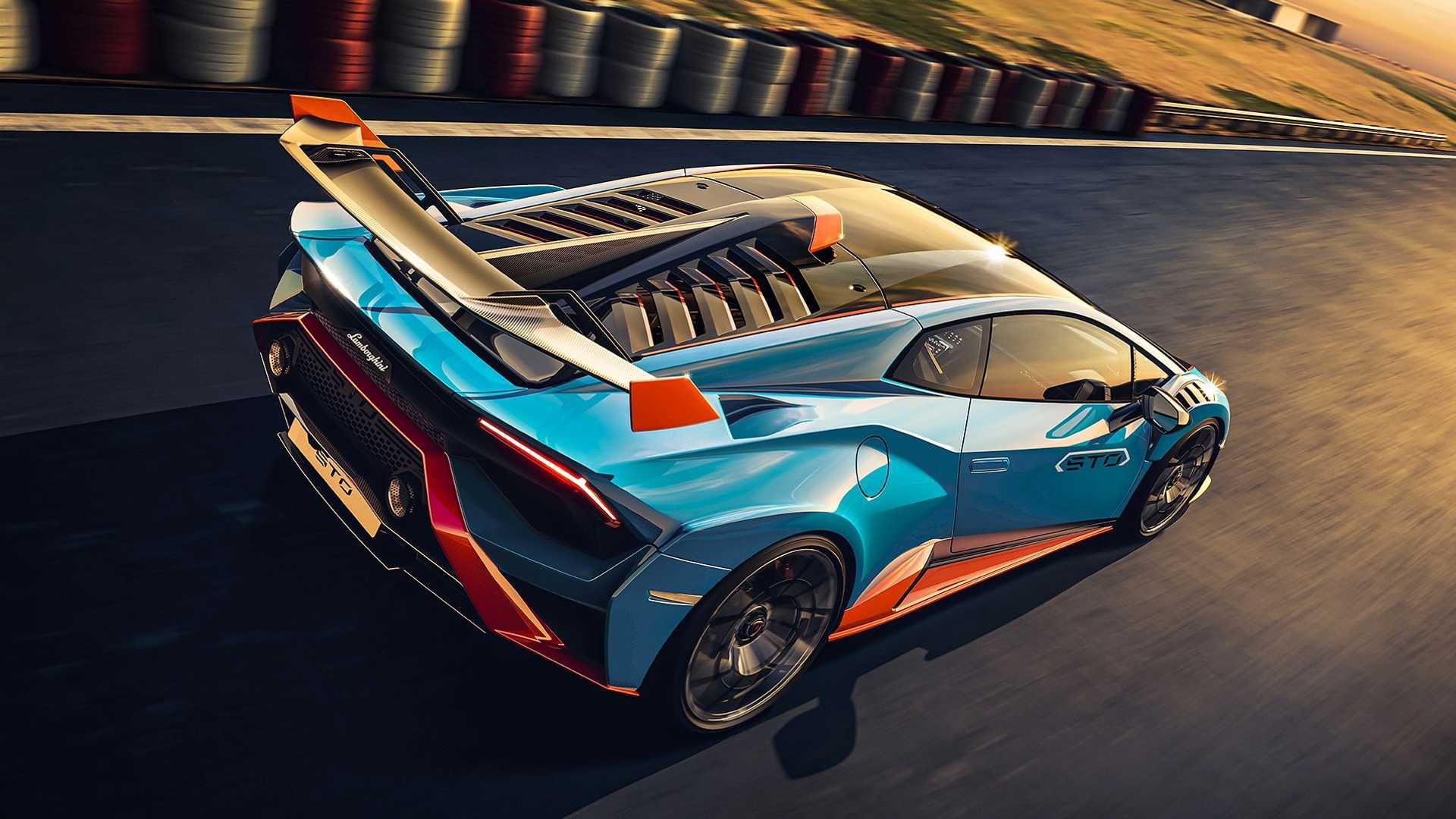 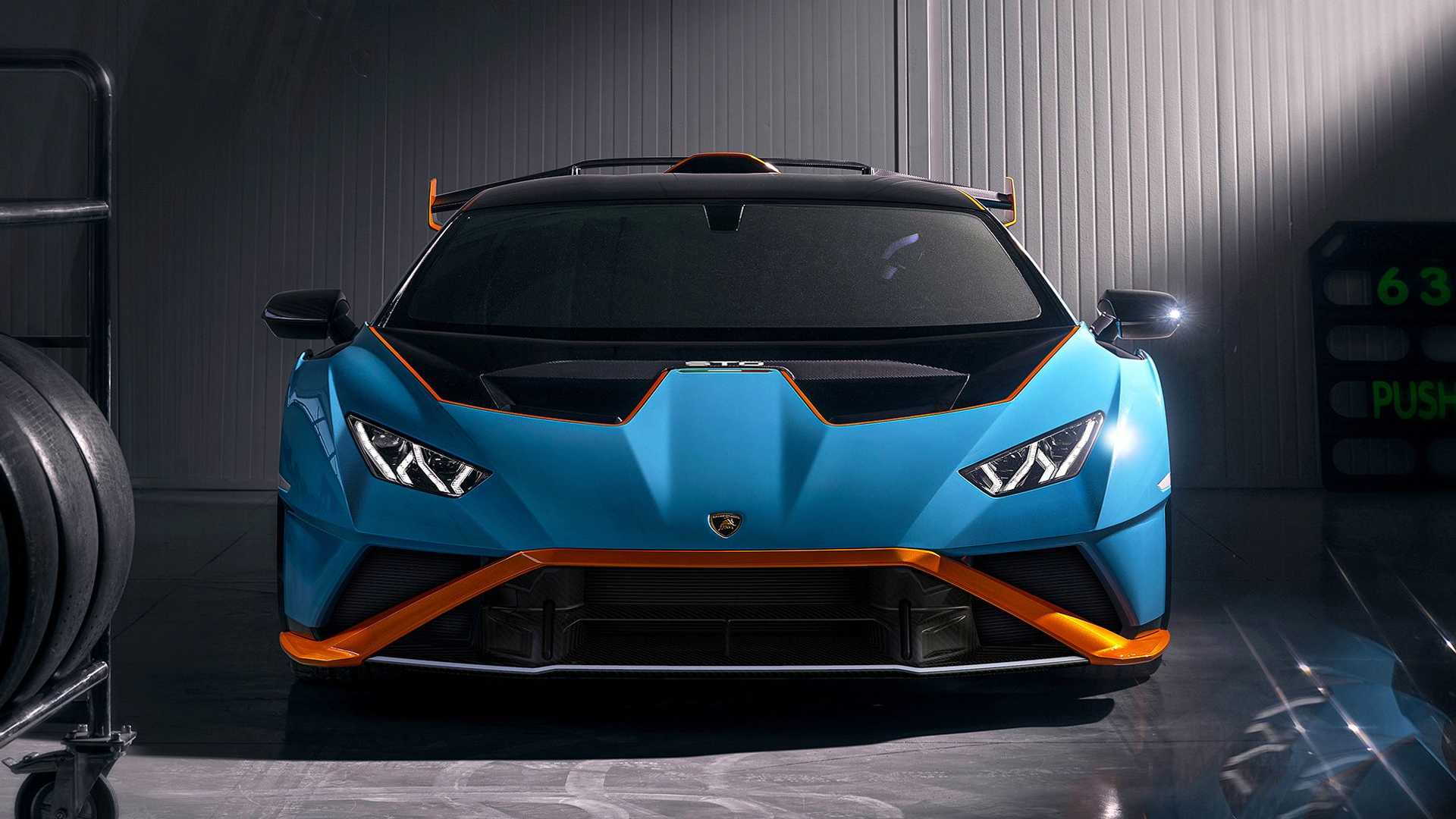 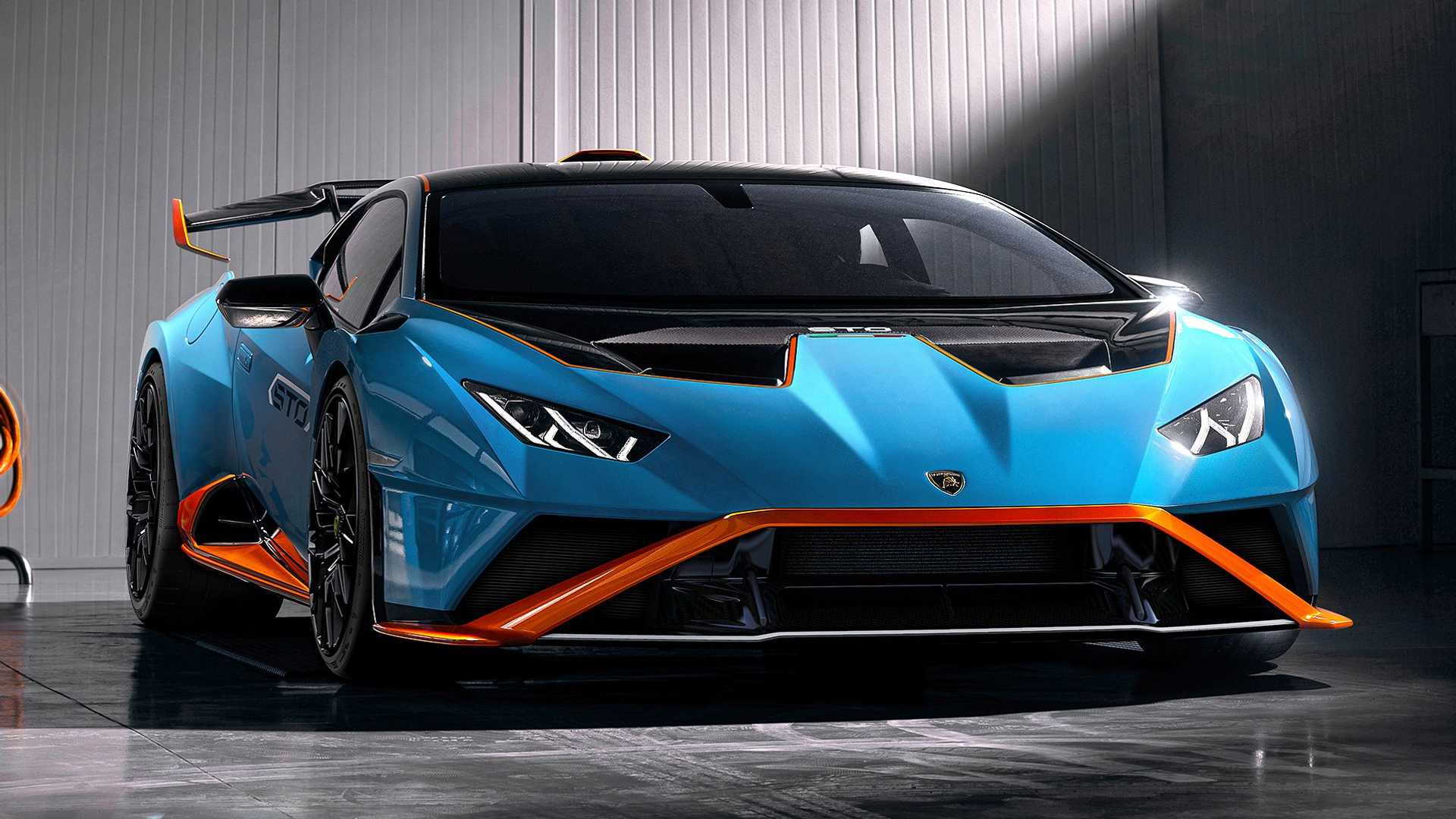 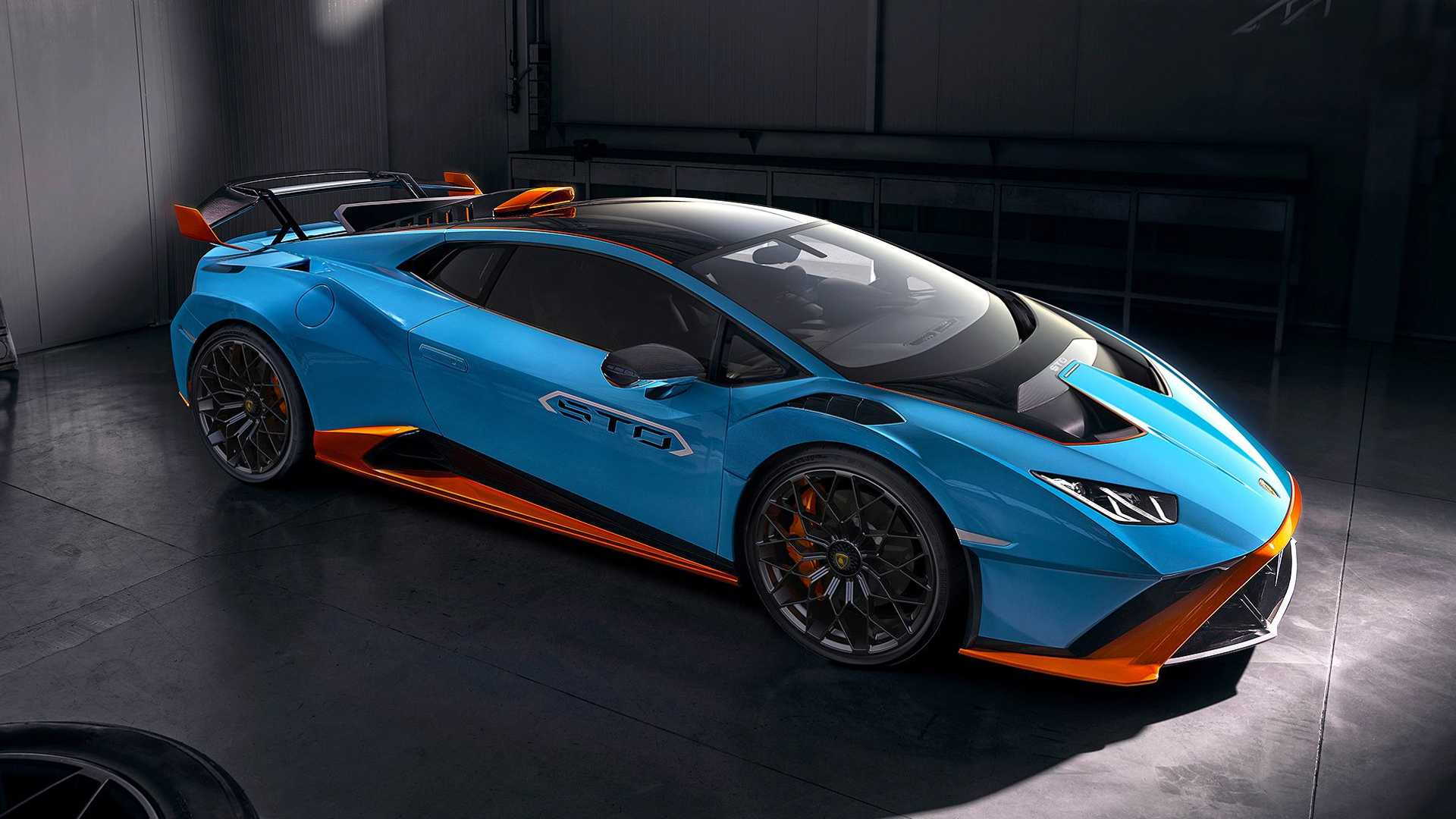 Lamborghini on Wednesday took the covers off a new track-focused version of its Huracan.

The STO packs the same punch as the old Huracan Performante, with its 5.2-liter V-10 spitting out 630 horsepower. Weight has been reduced though, with the STO weighing some 95 pounds less than the Performante. Lamborghini quotes a dry weight of 2,951 pounds.

The weight savings were achieved via various methods including increased use of carbon fiber for the body (up to 75%), thinner glass, and the removal of the all-wheel-drive system. Yes, the STO is a rear driver just like the Super Trofeo racer.

Performance numbers include a 0-62 mph time of three seconds or less, a 0-124 mph time of nine seconds, and a top speed of 193 mph. Serious stopping power from a set of Brembo's fade-resistant CCM-R carbon-ceramic brake rotors means the STO needs just under 100 feet to stop from 62 mph.

The aerodynamics also plays a major role in the STO's performance. There are multiple air ducts located in the front section, which is now a single cowl combining the fenders and hood. It flips forward, like the hood on the Lamborghini Miura, and underneath there's some storage space, for instance to house helmets. The cowl also provides quick and easy access to the suspension components below.

At the rear, there are new NACA ducts in each of the fenders, as well as a stabilizer fin trailing back from a roof scoop. There's also no missing the large rear wing with its “swan neck” struts, where the attachment points are on the top surface of the wing and not the traditional underside. Such a design helps boost downforce and should also be appearing on the next Porsche 911 GT3.

Inside, almost every surface is lined in either Alcantara or carbon fiber. A rear arch with four-point seatbelts reminds you that the STO has been designed with track driving in mind. The rear arch is made from titanium alloys and is 40% lighter than conventional stainless-steel rear arches. Finally, the STO also features its own driving modes, selectable via a toggle on the steering wheel. There are STO, Trofeo and Pioggia modes, corresponding with modes for road use, track use and wet weather.

The Huracan STO starts deliveries next spring and is priced from $327,838.