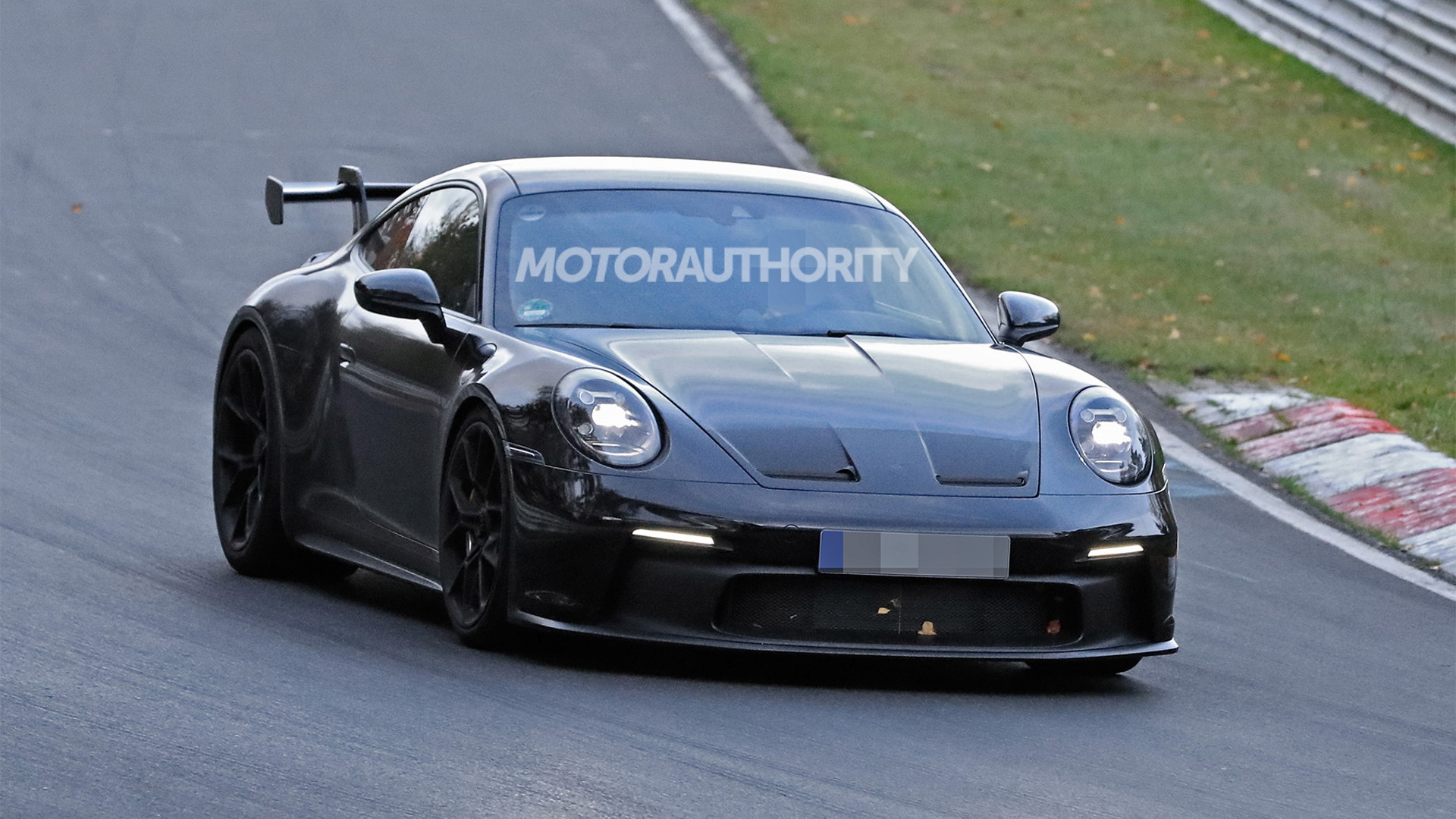 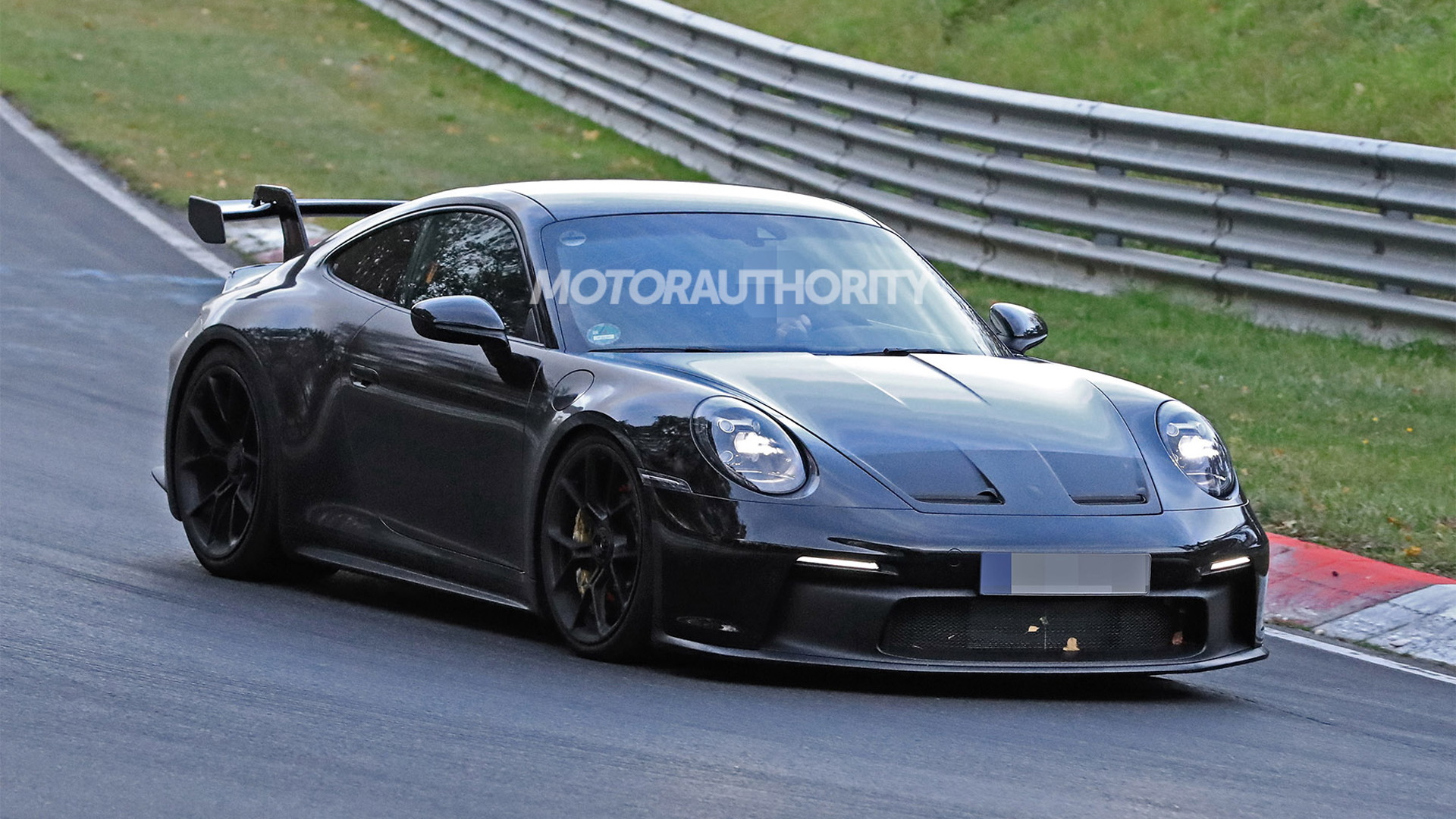 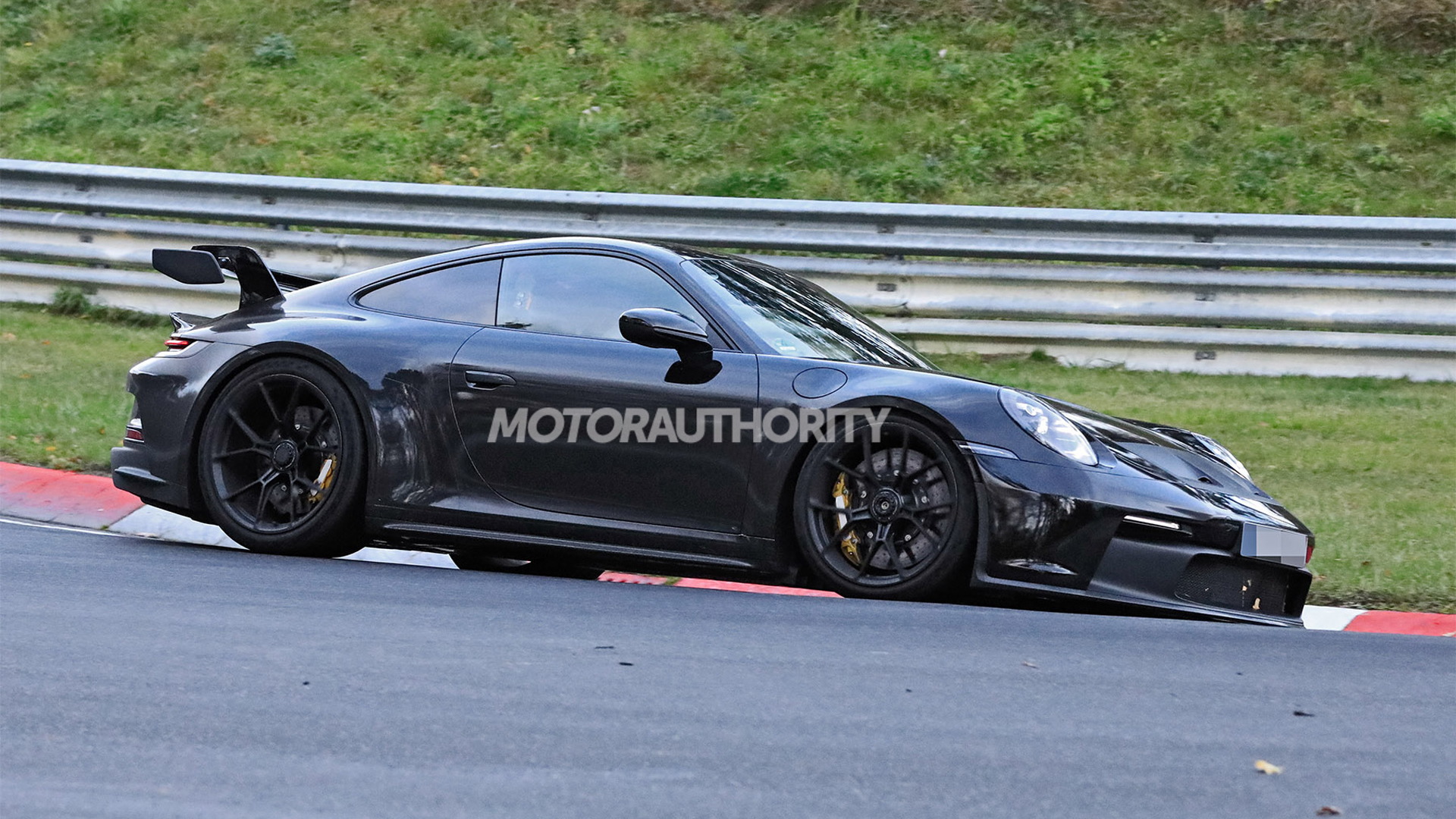 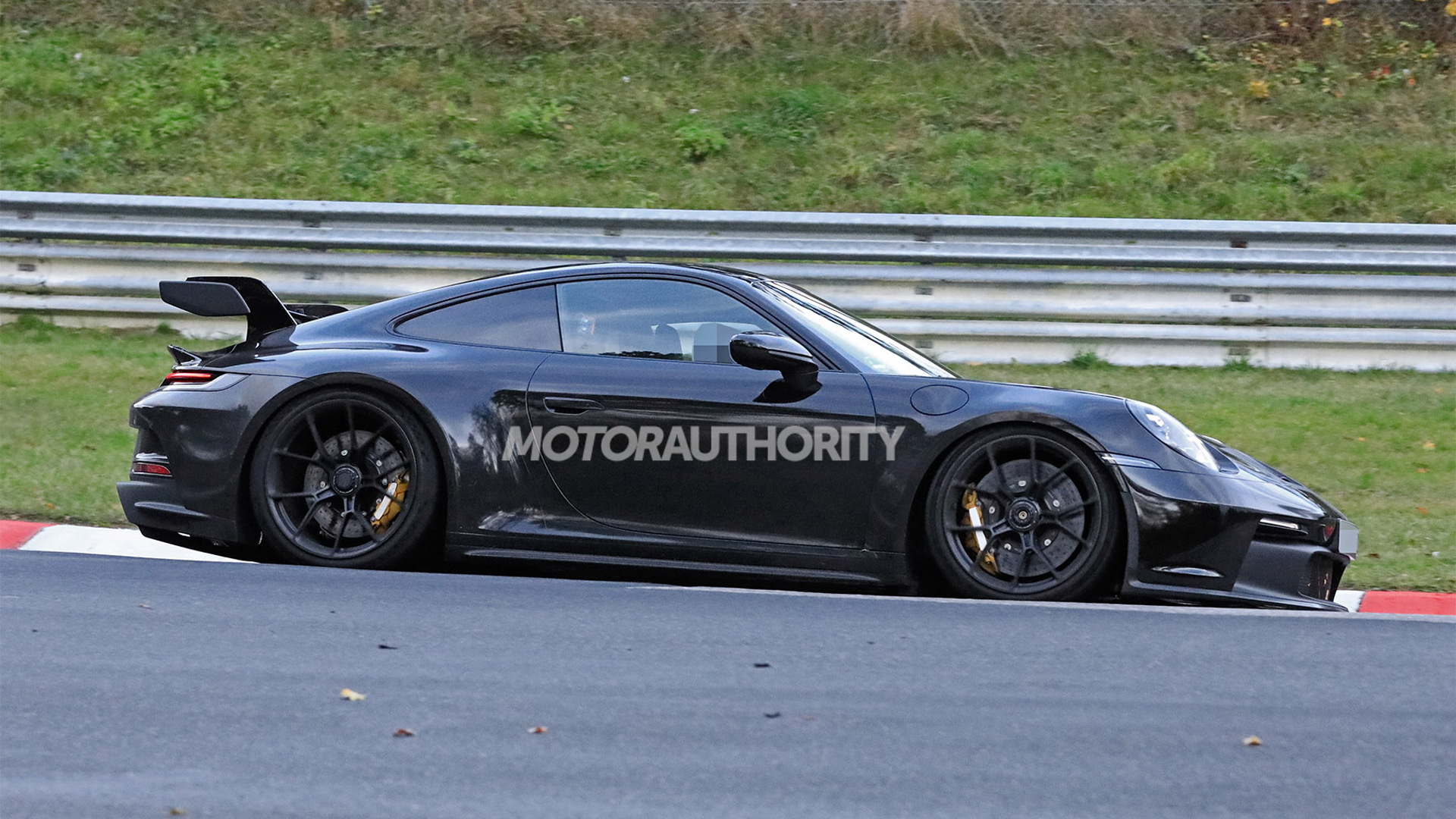 A glimpse of the car appeared in January in Porsche's Super Bowl LIV spot and soon the last of the camouflage gear you see here will come off.

We know this prototype is for the GT3 because of signature elements like the dual-exhaust tips mounted at the center of the rear fascia, plus the center-lock wheels and huge carbon-ceramic brake rotors. The prototype also features the 992 generation's sexy wide body shared with the recently launched 911 Turbo S.

We can also see that the front fascia sports larger intakes to those on the entry-level Carrera. And at the rear is an oversized rear wing that will feature a more refined design on the production model, including thinners version of the "swan neck" struts connecting to the top of the wing will remain. The design increases downforce compared to conventional struts that attach to the bottom surface of the wing.

As for the powertrain, the former GT3, seen in some of the shots, makes do with a 4.0-liter flat-6 that delivers 500 horsepower and 339 pound-feet of torque and willingly revs to a heady 9,000-rpm redline, and we expect a similar setup to carry over to the new model.

While there have been rumors Porsche may switch to turbocharged power to boost performance of the track-focused 911 variant, we know the GT3 will feature a naturally aspirated engine. In fact, it will be a new 4.0-liter flat-6 that made its debut in the 2019 911 Speedster, where it is rated at 502 hp.

The sole transmission should be an 8-speed dual-clutch unit, though Porsche is likely to appease manual fans by making a stick shift available in the successor to the former GT3 Touring which features a 6-speed manual.

The new GT3 was originally due this year but its launch has been pushed back to early 2021. The new GT3 Touring is due about the same time.