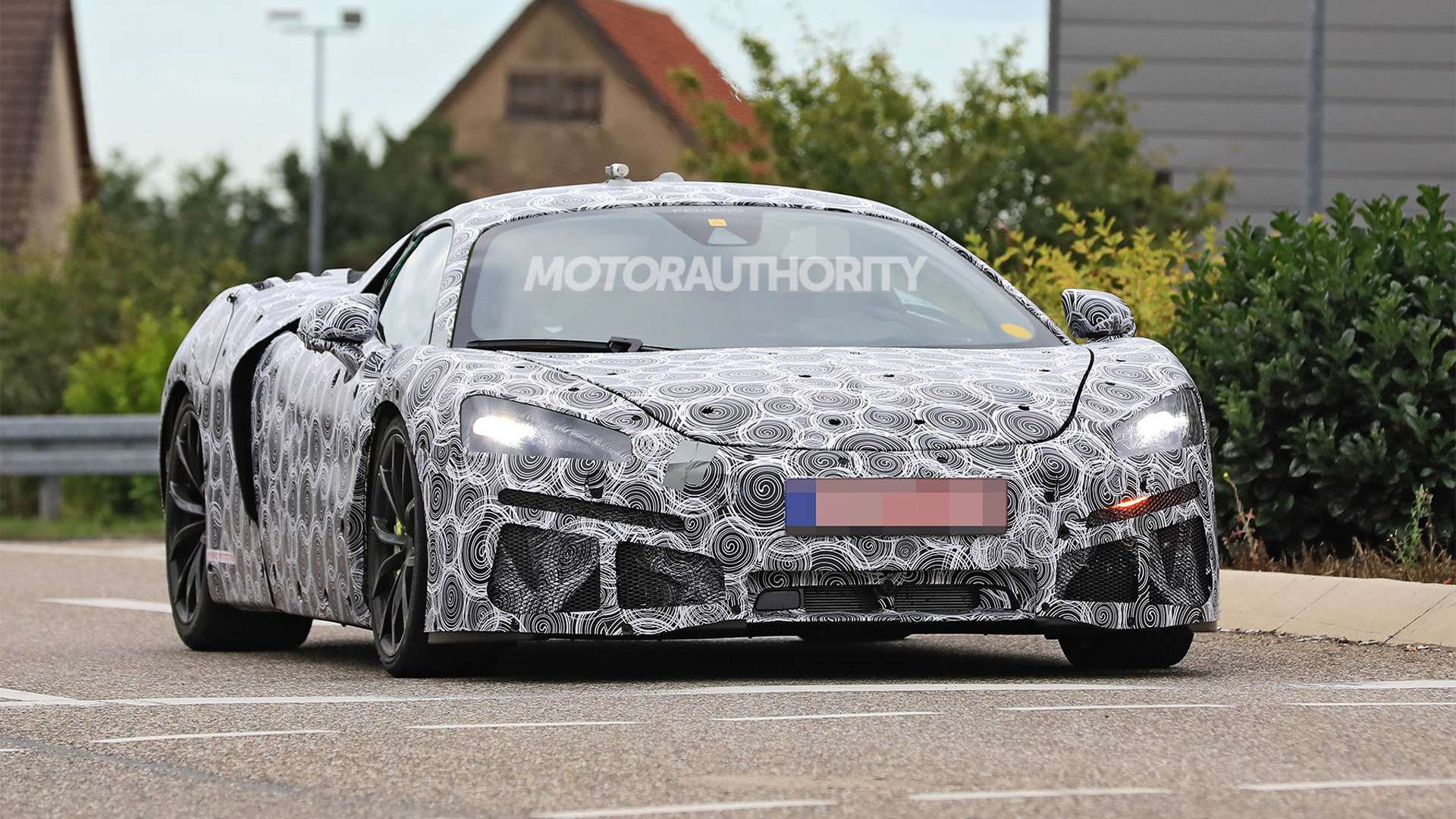 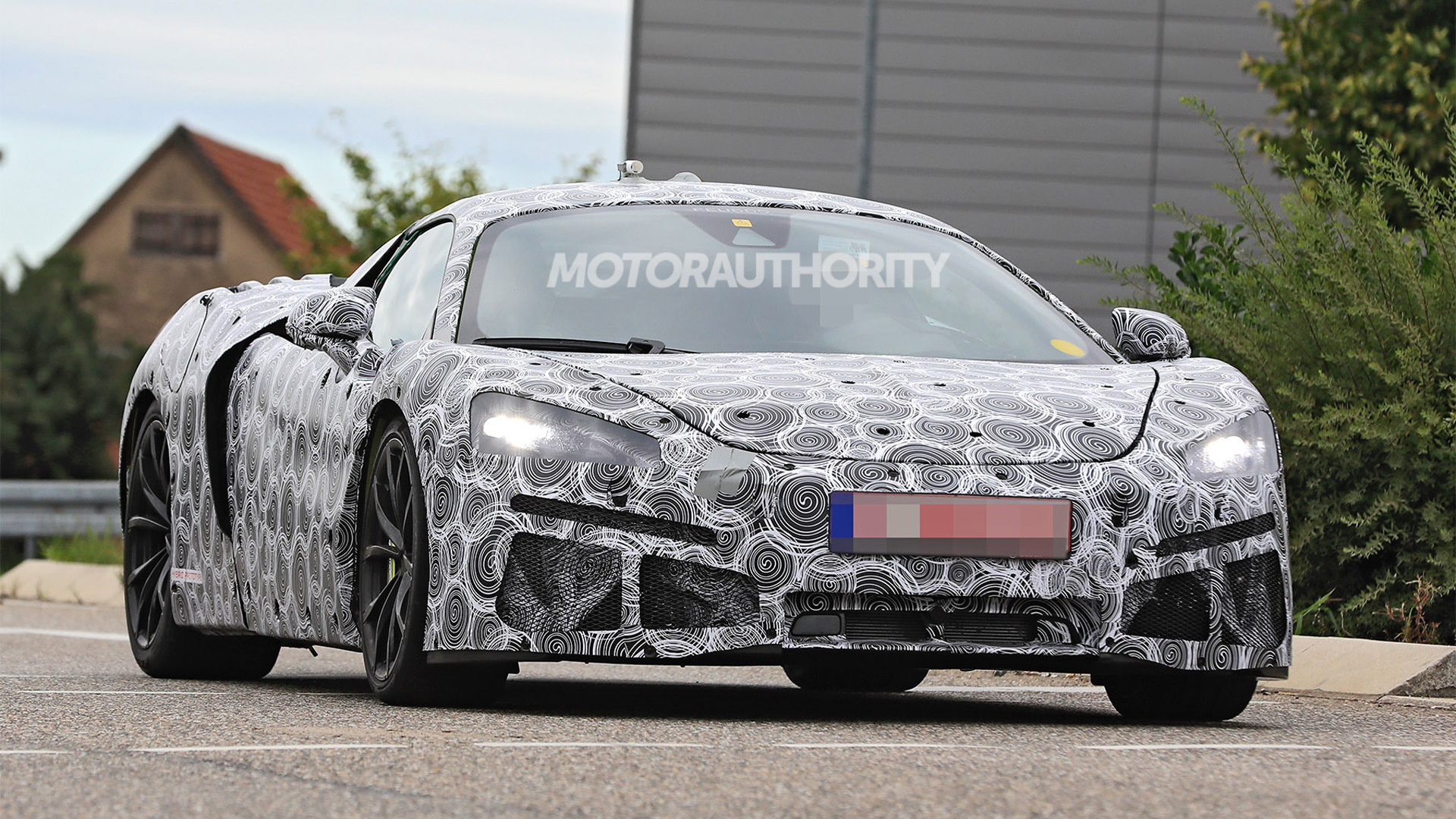 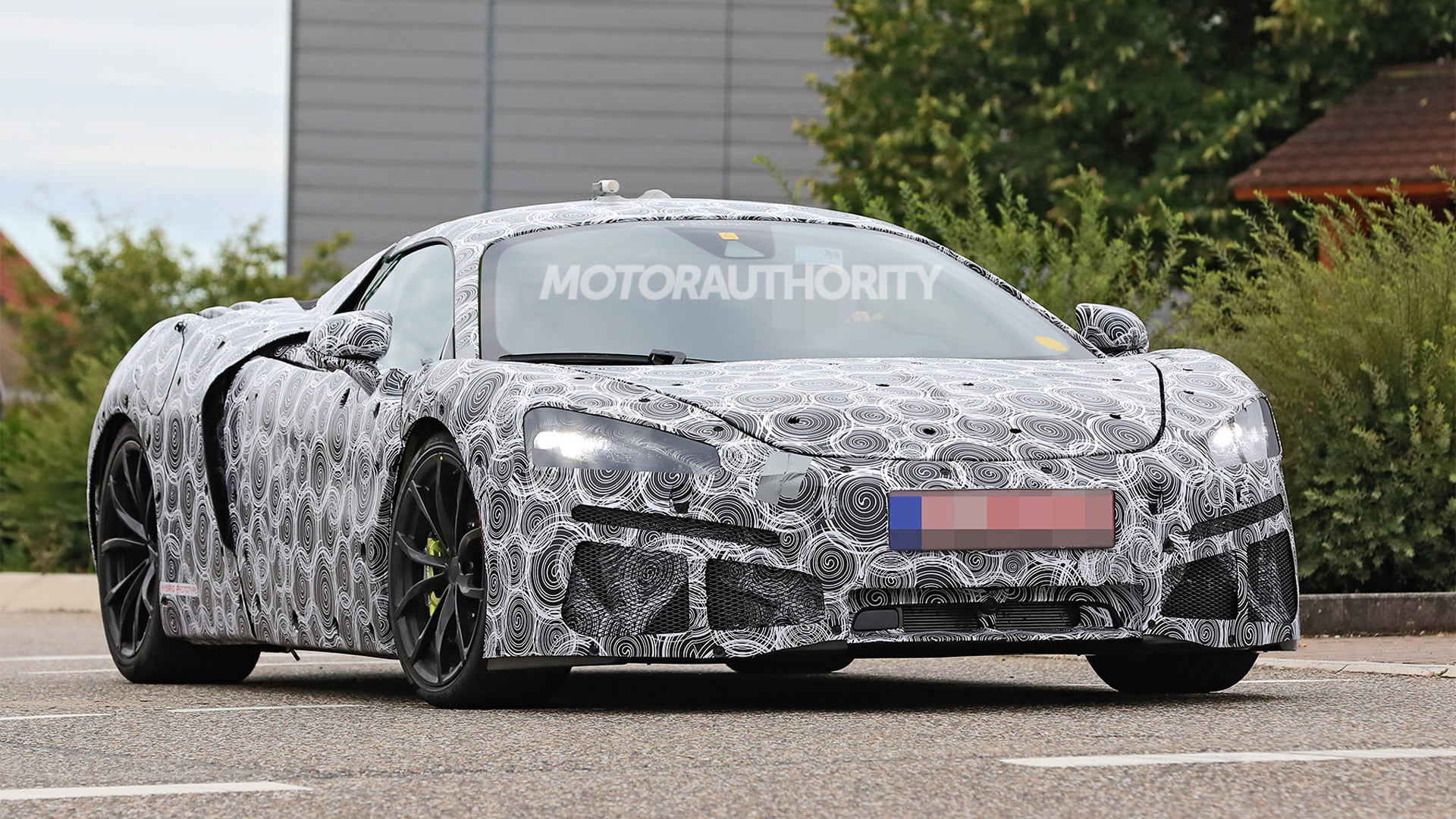 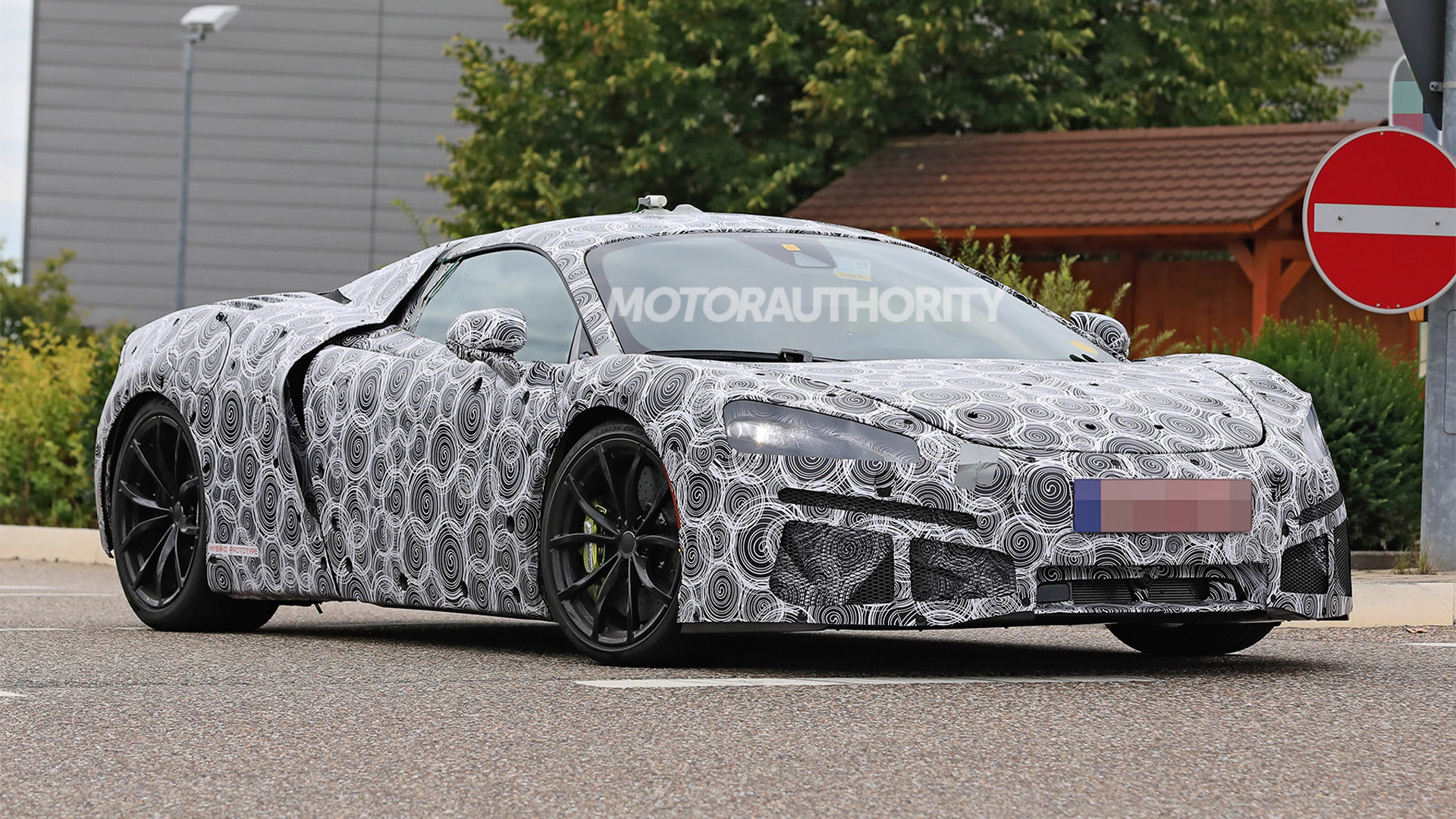 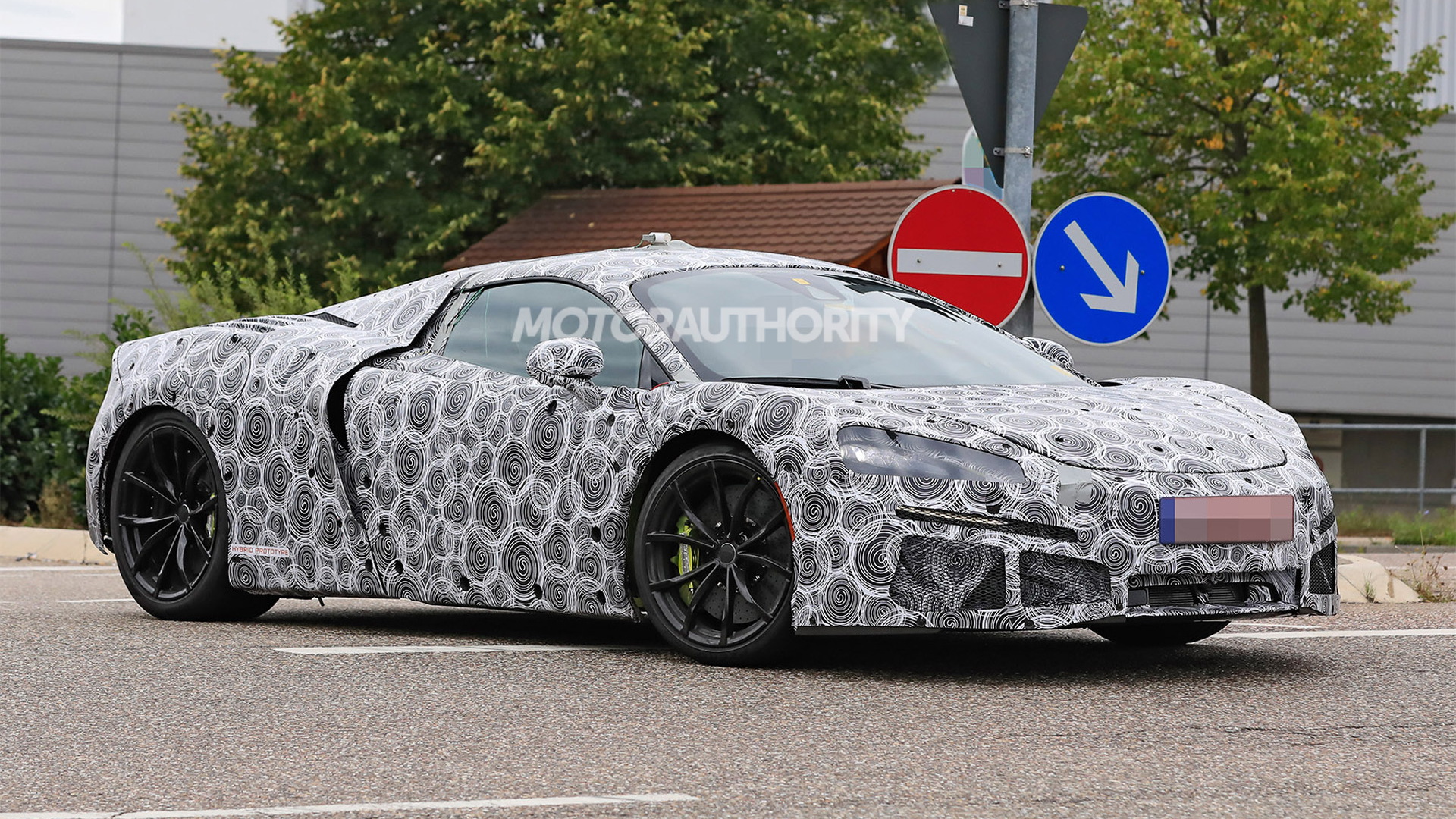 McLaren engineers have been spotted with a prototype for a new hybrid model to be called the Artura. It's due in the first half of 2021 and will be a proper supercar.

The Artura was previously thought to be the next instalment in McLaren's Sports Series, but the entry-level range at Woking has reached the end of the road with the limited-production 620R, the automaker has confirmed. Instead, the Artura will sit somewhere between the GT and 720S.

The latest prototype is heavily camouflaged but we can clearly see the taillight signatures, high-mount exhaust, and rear diffuser designs.

A photo of the digital instrument cluster of one of the early test mules looks to also reveal the final design of the car. A computer image of a car resembling a scaled-down 720S can clearly be seen. The test mule's interior shots also show a new dash design that's likely destined for the Artura.

Teaser for McLaren Artura due in early 2021

Underpinning the car is a new carbon-fiber tub that has been designed from the onset to support hybrid powertrains. This is important as McLaren has stated that every model in its lineup will be electrified by 2025. Some of these models will feature a newly developed twin-turbocharged V-6 engine, including the Artura.

McLaren also has a 720S-based hybrid test mule out and about, though this model is likely running a detuned version of the V-8-based hybrid setup found in the McLaren Speedtail. The hypercar's output is an impressive 1,035 horsepower.