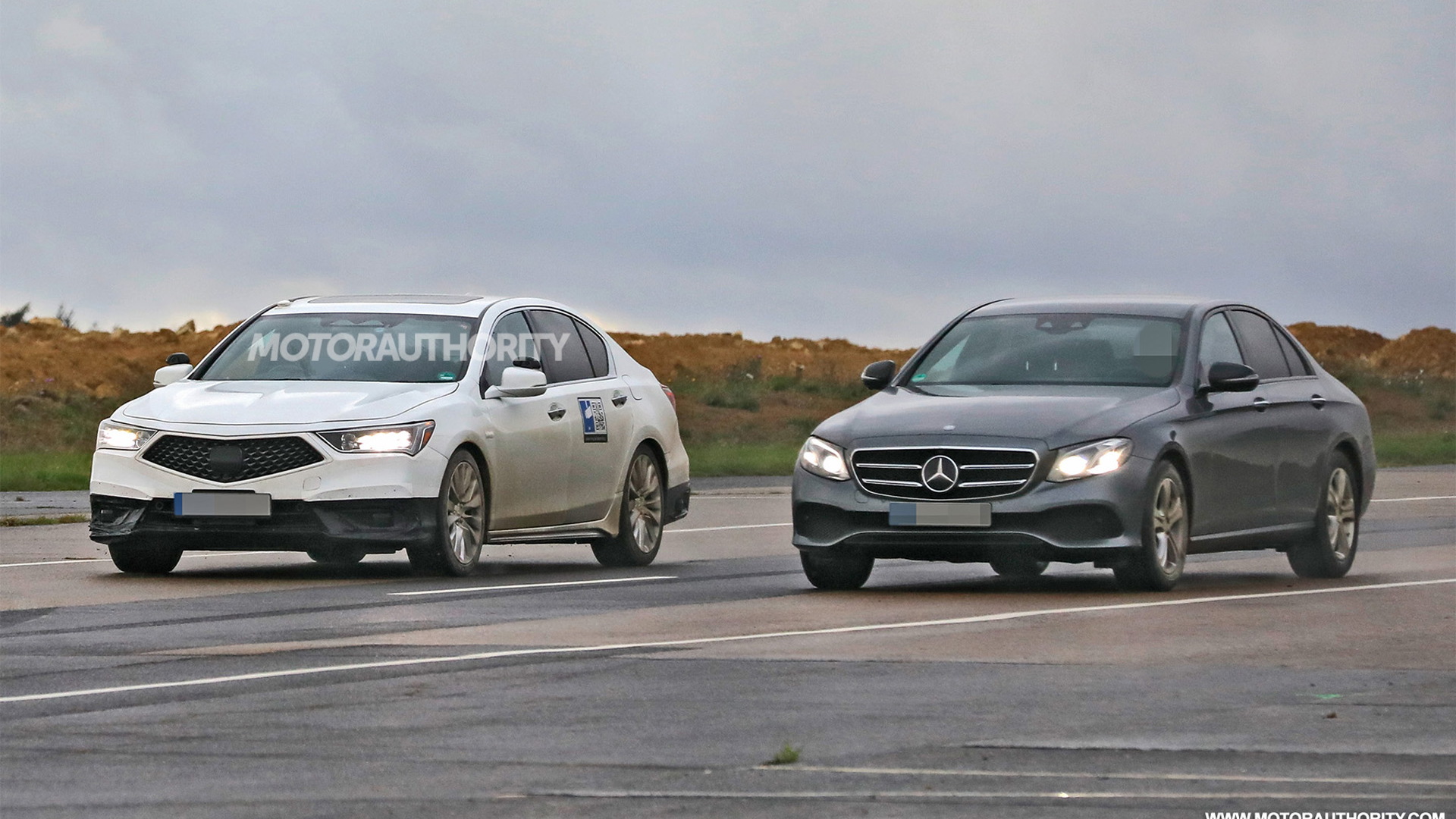 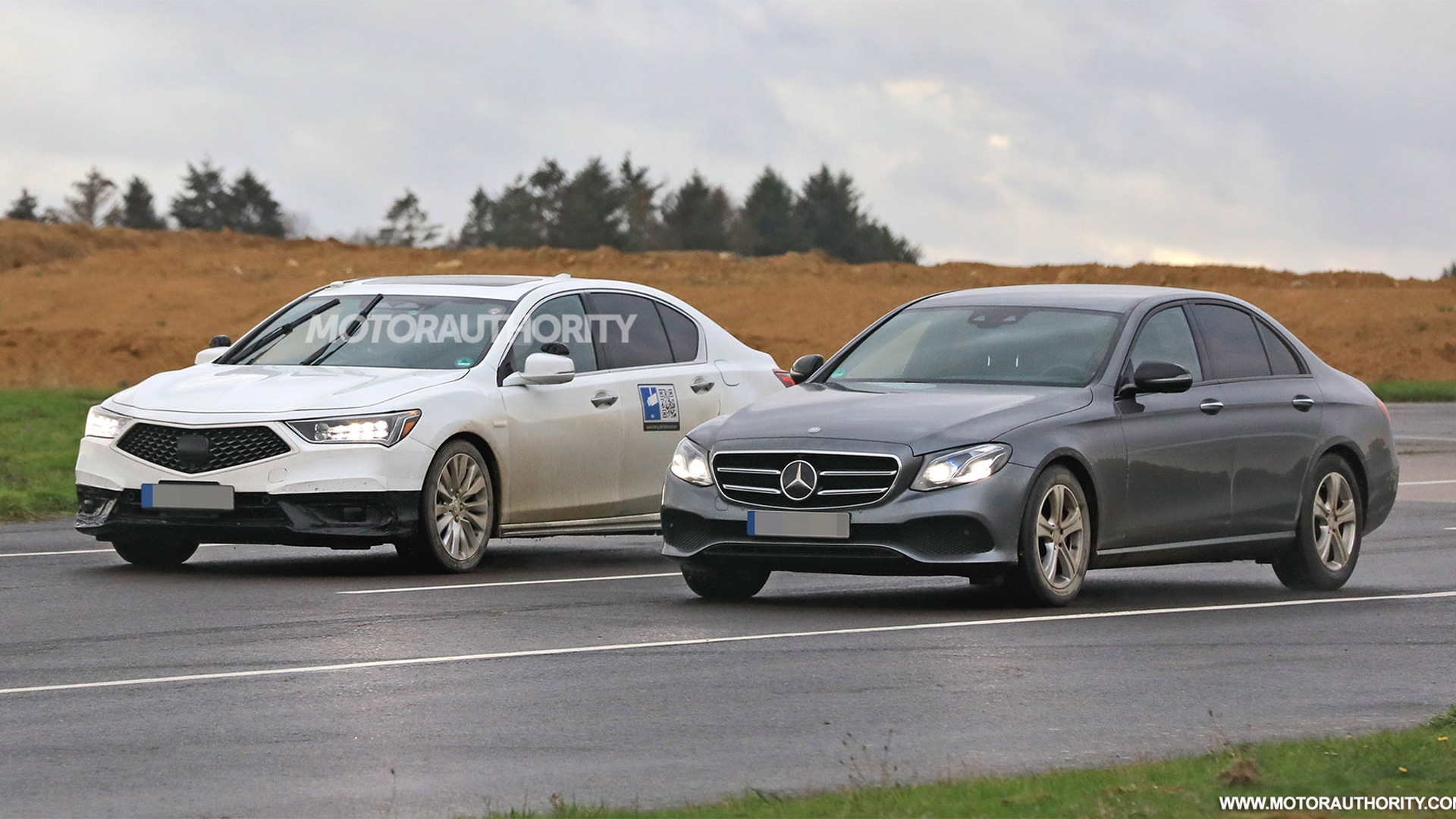 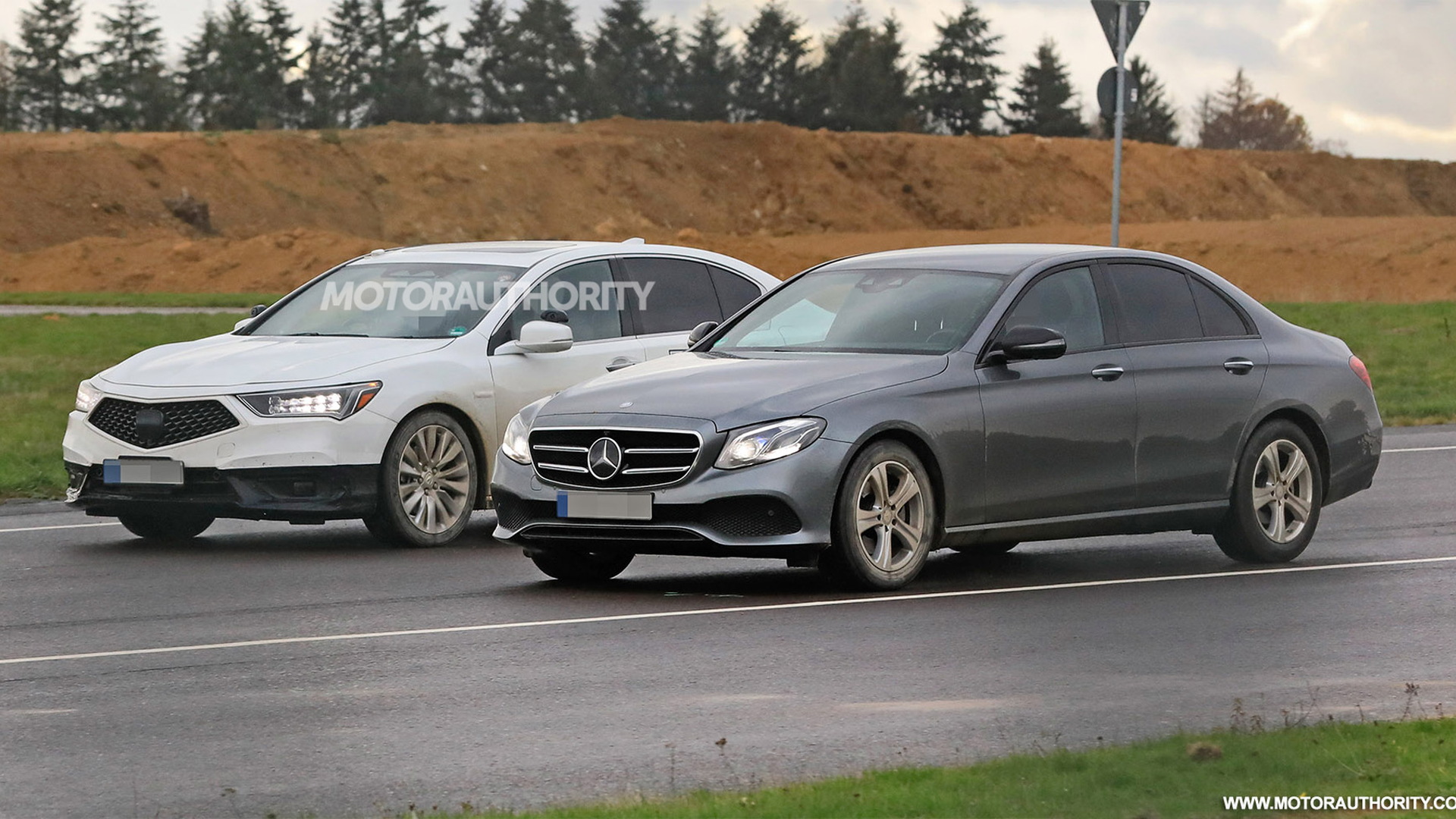 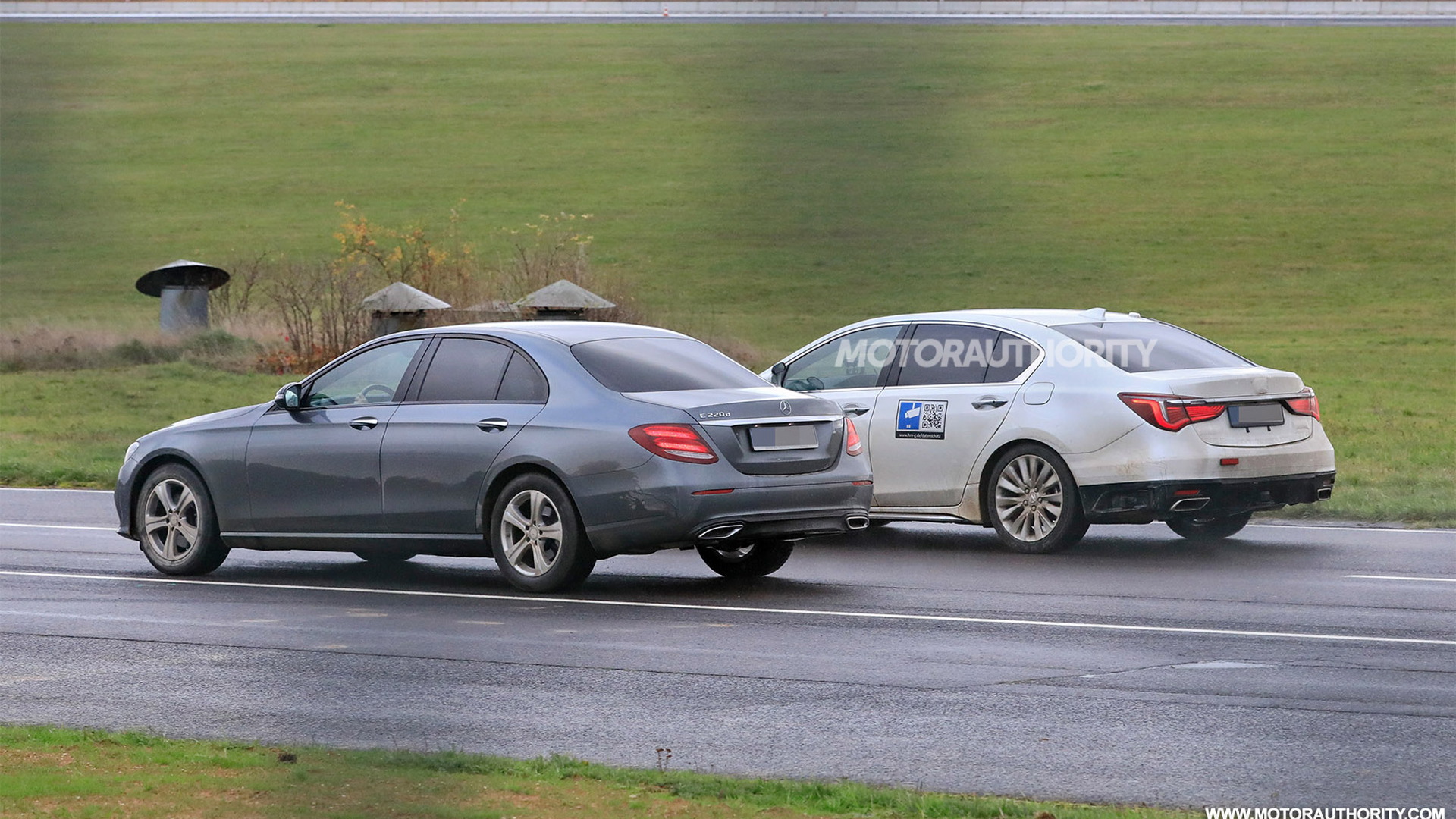 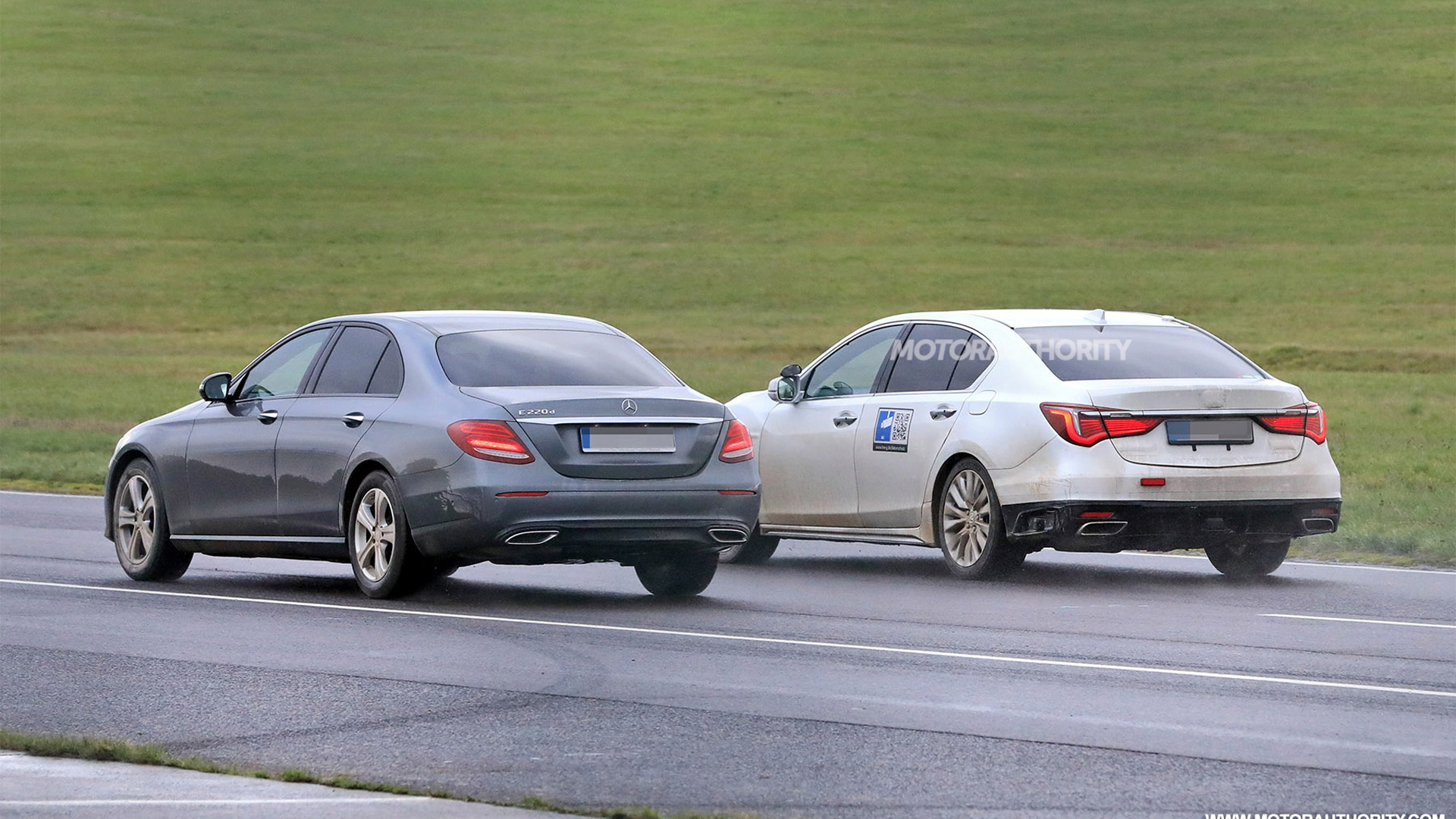 Honda engineers have been spotted testing an updated version of the Legend sedan, which the automaker in early November said would arrive no later than March 31, 2021.

The current Honda Legend has been on sale in select marckets since 2014 and is essentially a rebadged Acura RLX. While the RLX bows out in the United States after 2020, waning demand for sedans over here means Honda won't introduce this updated Legend as a replacement.

The only new elements we spot on the updated Legend are new fascias front and rear. They incorporate new sensors for the car's planned electronic driver-assist features.

Honda has confirmed the updated Legend will boast a self-driving system for traffic jams rated at Level 3 on the SAE scale of self-driving capability. Level 3 means a car that can handle itself in certain conditions, enabling the driver to let go of the steering wheel and even look away from the road for moments at time.

Level 3 cars require the driver to be ready to take back control at all times. Because of this shortcoming, many automakers are looking to skip Level 3 and go straight to Level 4 on the scale of self-driving capability. Level 4 means a car that can handle itself in certain conditions for extended periods of time. Another key difference to Level 3 is that a Level 4 car in most cases will be able to safely come to a stop if a driver fails to take back control when required.

Many countries are also holding back regulations to allow Level 3 cars on the road, which is why Audi canceled its original plans to offer a Level 3 self-driving system for traffic jams on its A8.

The most advanced self-driving systems currently on offer rate at only Level 2 on the SAE scale, as they only function in certain conditions and require constant monitoring from the driver. The final goal, a Level 5 car, means a car that can drive at the same level as a human.

As for the powertrain, we'll likely see the updated Legend stick with the current model's standard hybrid all-wheel-drive setup. It's the same setup found in the RLX, where a 3.5-liter V-6 works with a trio of electric motors for a combined 377 horsepower.