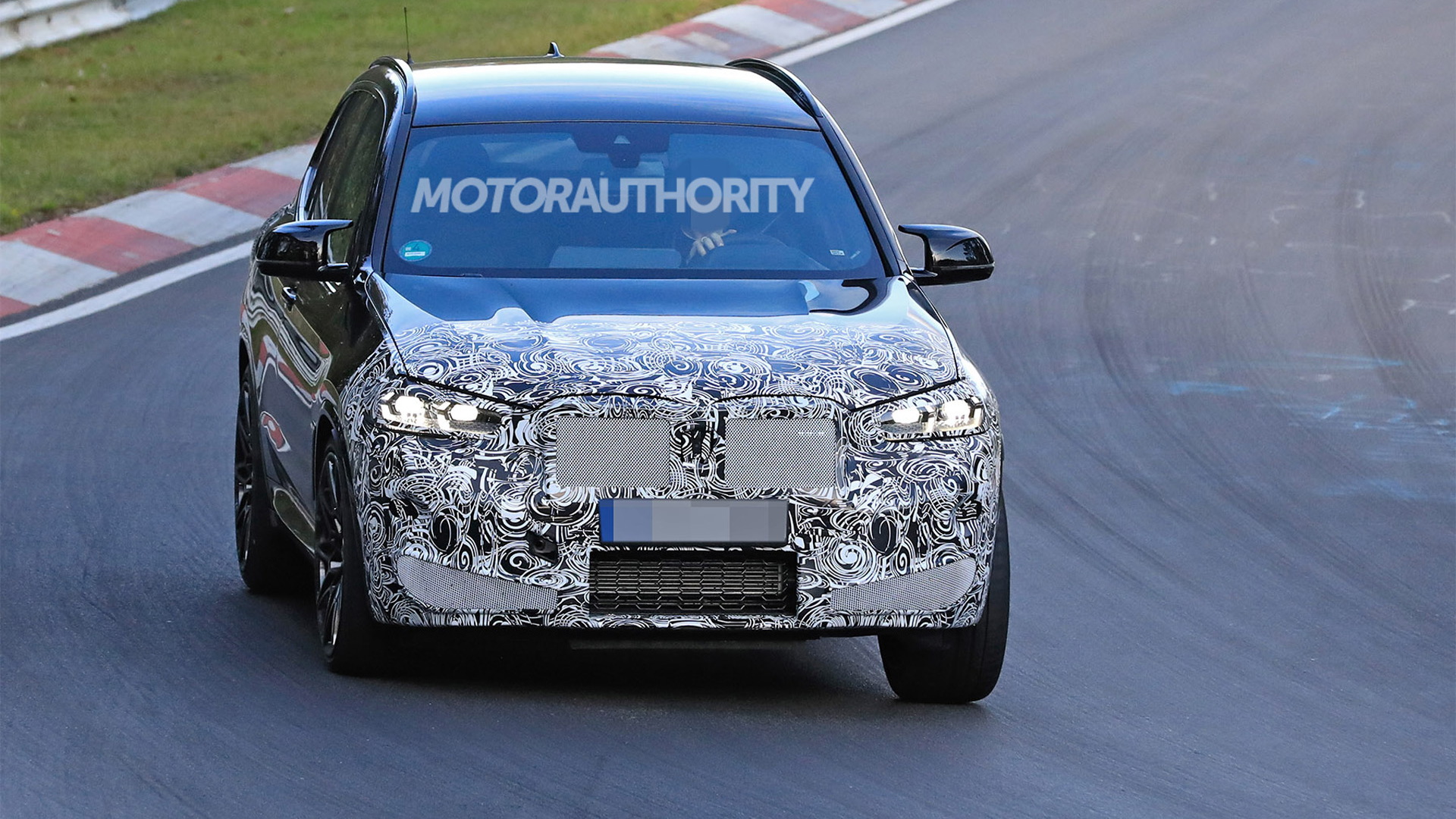 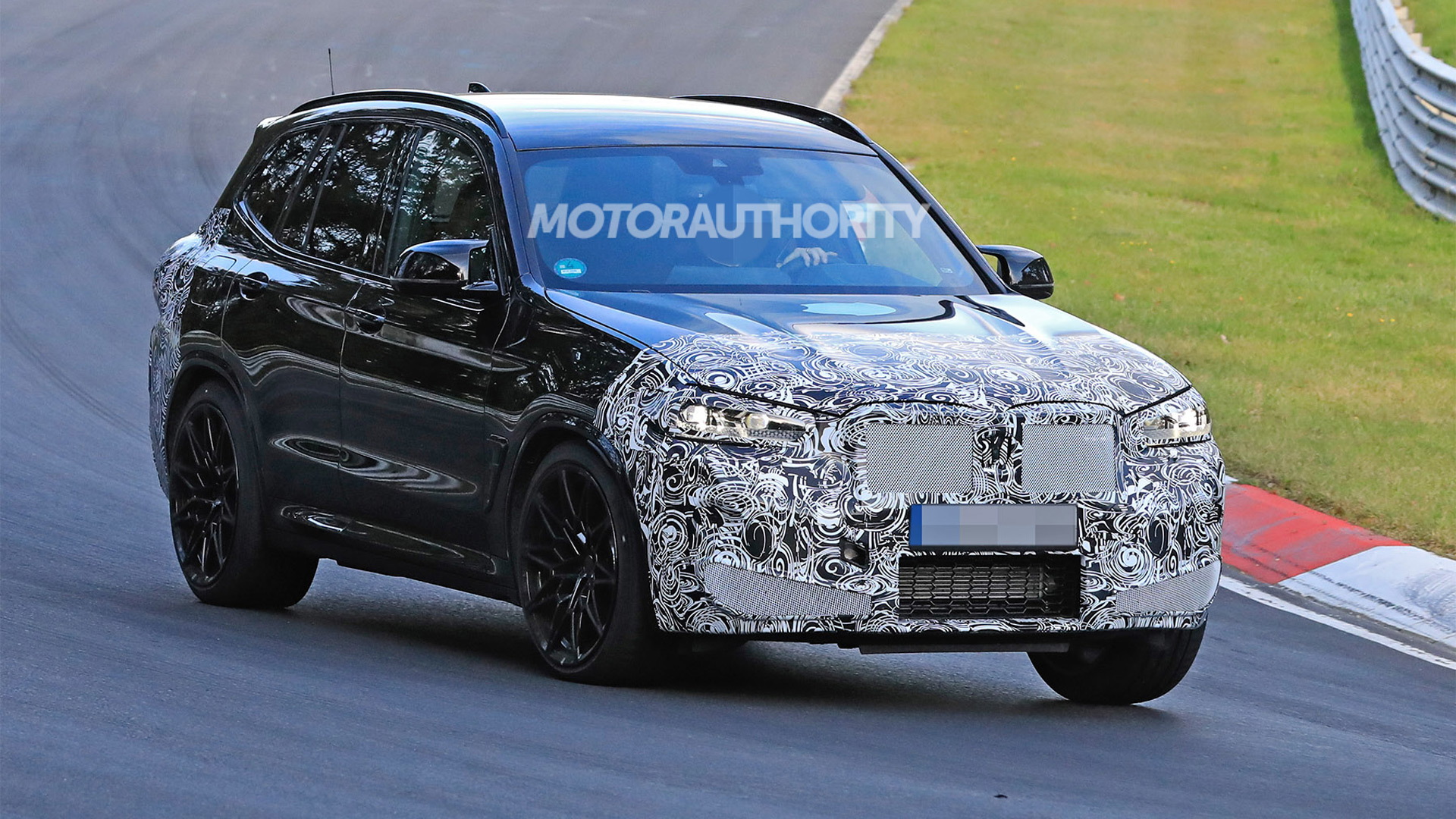 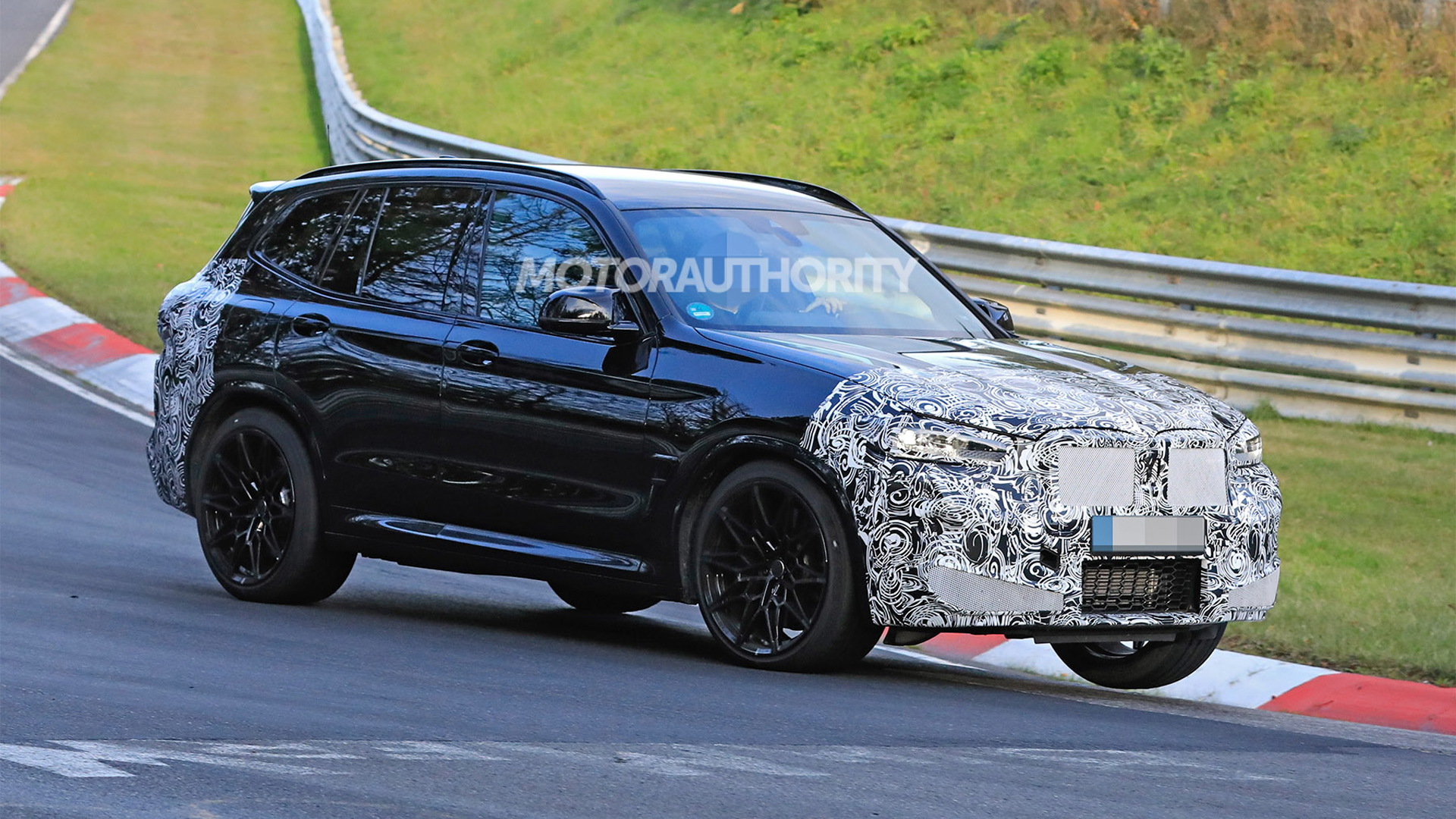 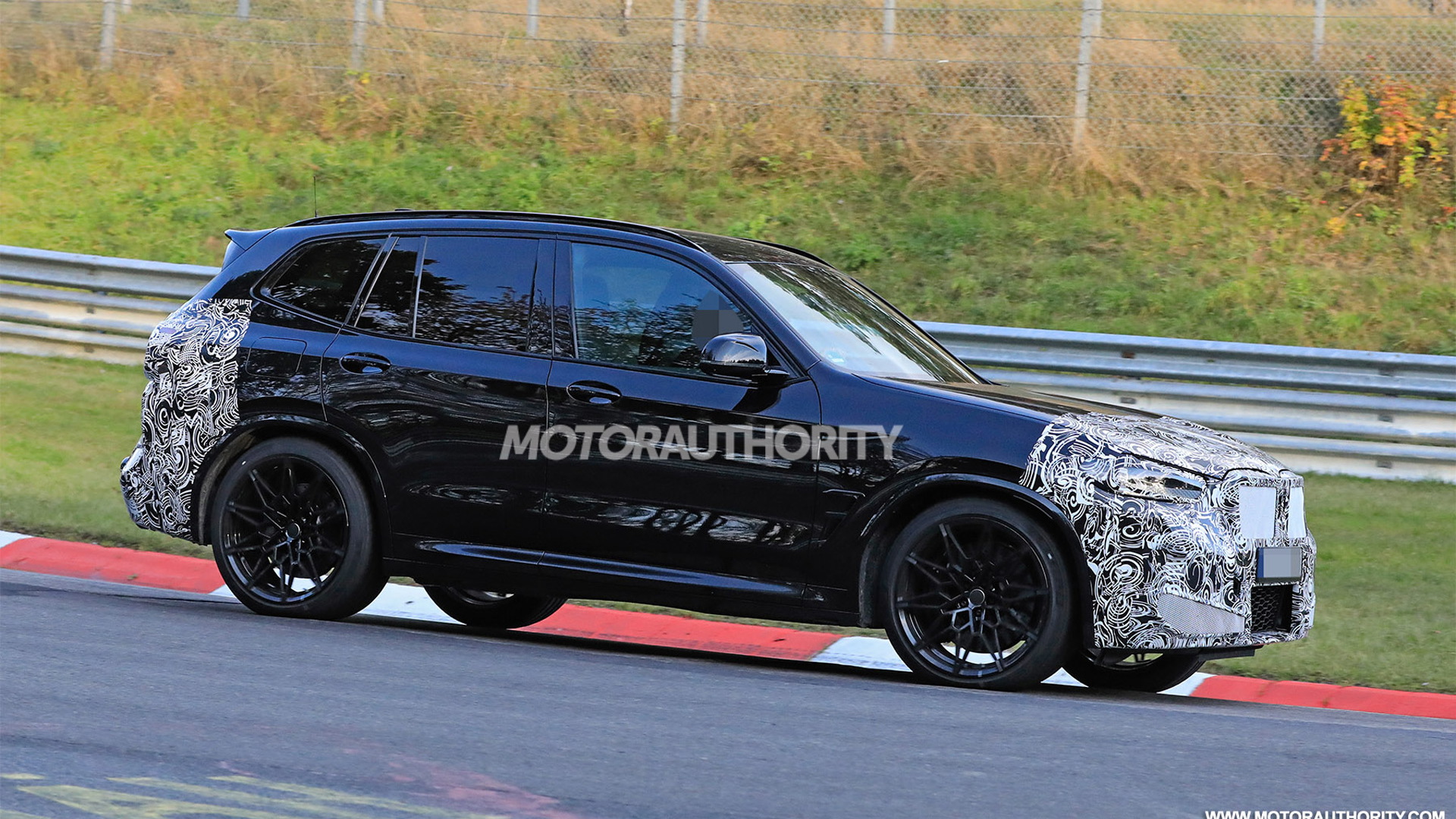 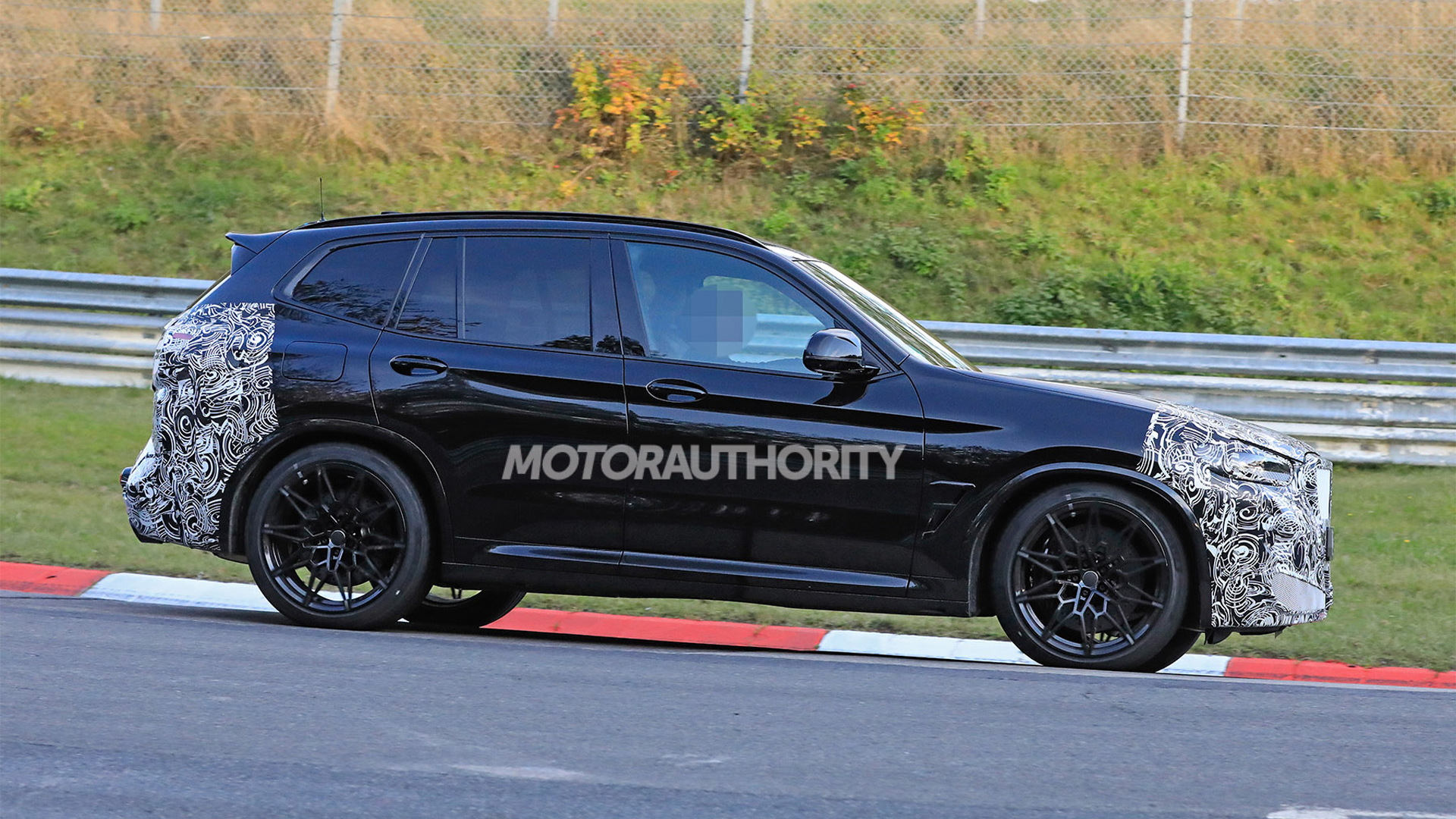 BMW is working on a mid-cycle update for the X3 and X4, which arrived in their current form for the 2018 and 2019 model years, respectively.

This means the high-performance versions of the popular SUVs, the X3 M and X4 M, are also due to receive some updates. Today we have spy shots of a prototype for the former.

Since the X3 M was only introduced for 2020, we aren't expecting any major mechanical tweaks. This means peak power from the vehicle's 3.0-liter twin-turbocharged inline-6 should remain unchanged at 473 horsepower in the regular X3 M and 503 hp in the X3 M Competition. An 8-speed automatic and all-wheel drive should also continue to form part of the package.

Our spy shots show there will be a few changes inside and out on the updated X3 M. On the outside, the heavy camouflage gear at the front suggests we'll be treated with a new grille and front fascia. Look for a more aggressive design inspired by the latest M3 and M4. You'll also notice the wheels on this tester feature the same spider web-like design introduced with the latest M3 and M4.

Changes at the rear will be more subtle. Right now we can see that there will be revised taillights. The camouflage over the rear fascia suggests this area will also be tweaked.

We don't have a good look at the cabin, but a view through the windshield hints at a larger infotainment screen sitting atop the dashboard's center stack. The current screen is a 10.25-inch unit but this updated X3 M, along with the rest of the updated X3 range, may end up with a bigger unit.

The updated X3 should arrive in late 2021 as a 2022 model. This updated X3 M is likely to trail it by several months and arrive together with a similarly updated X4 M.

Pricing for the 2020 X3 M started at $70,895, and we don't expect much deviation from this level for the updated version. Alternatives include the Jaguar F-Pace SVR, Mercedes-AMG GLC63, Land Rover Range Rover Velar SVAutobiography Dynamic Edition, and Alfa Romeo Stelvio Quadrifoglio. The Jaguar is also about to be updated.