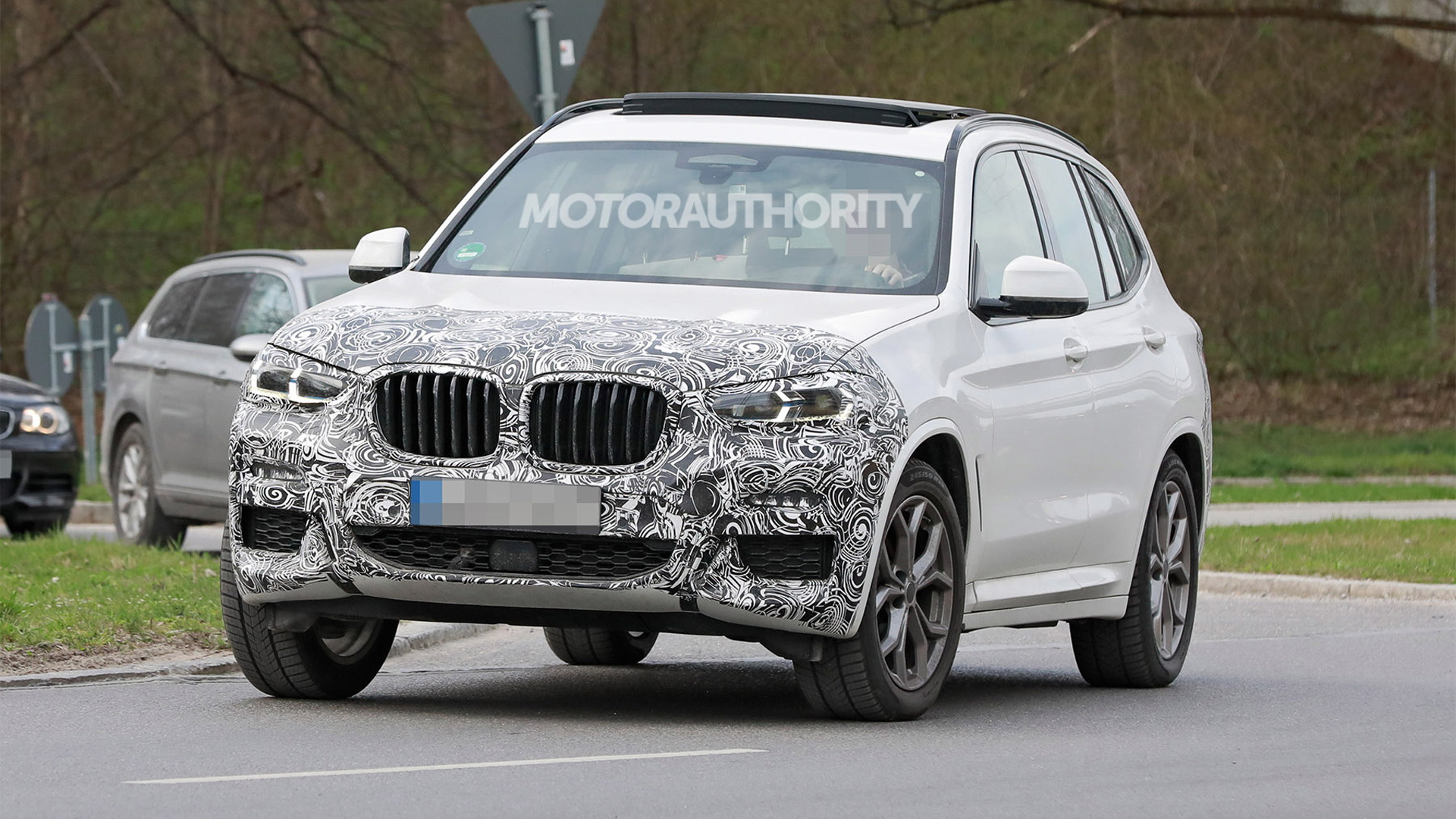 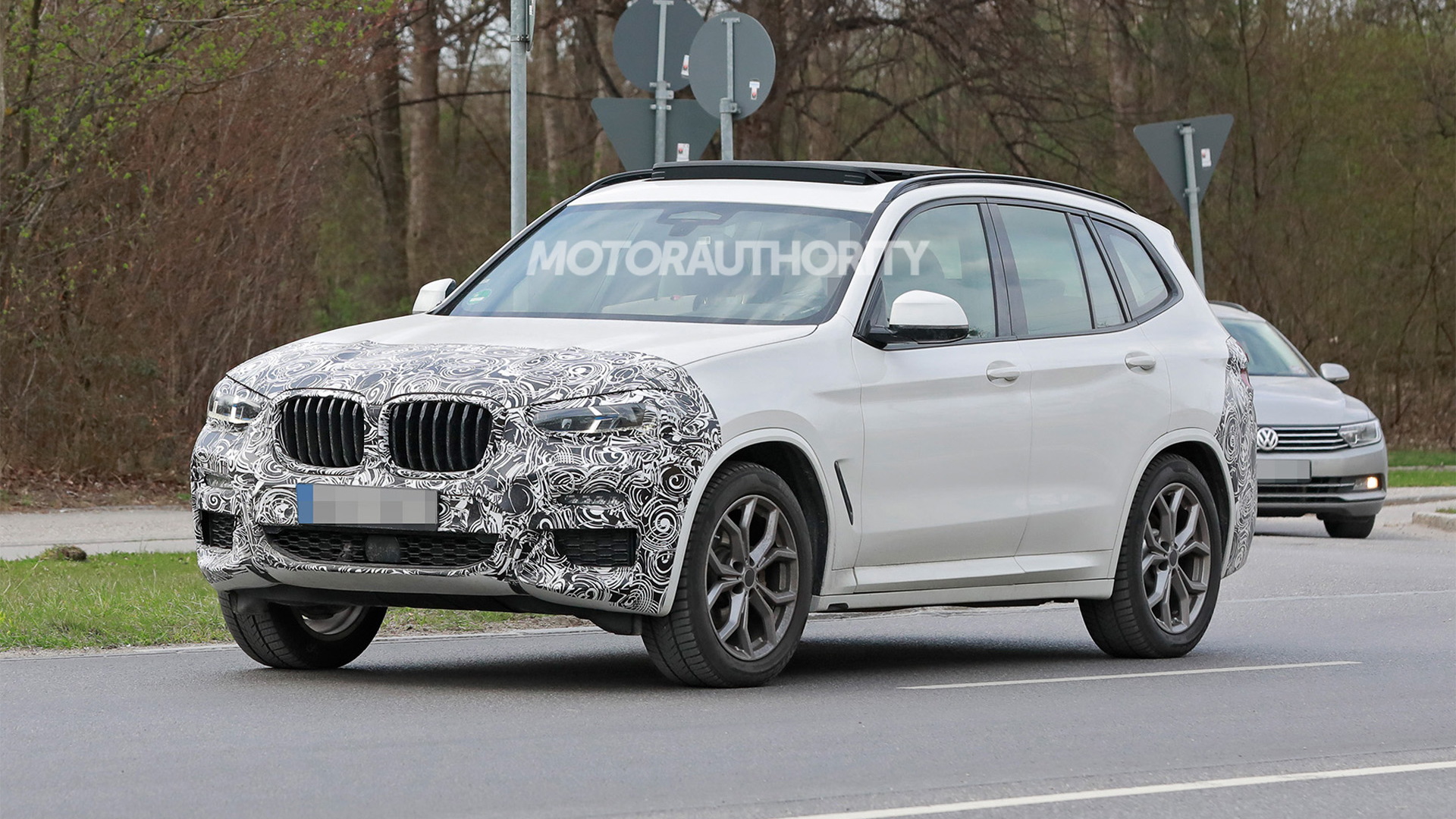 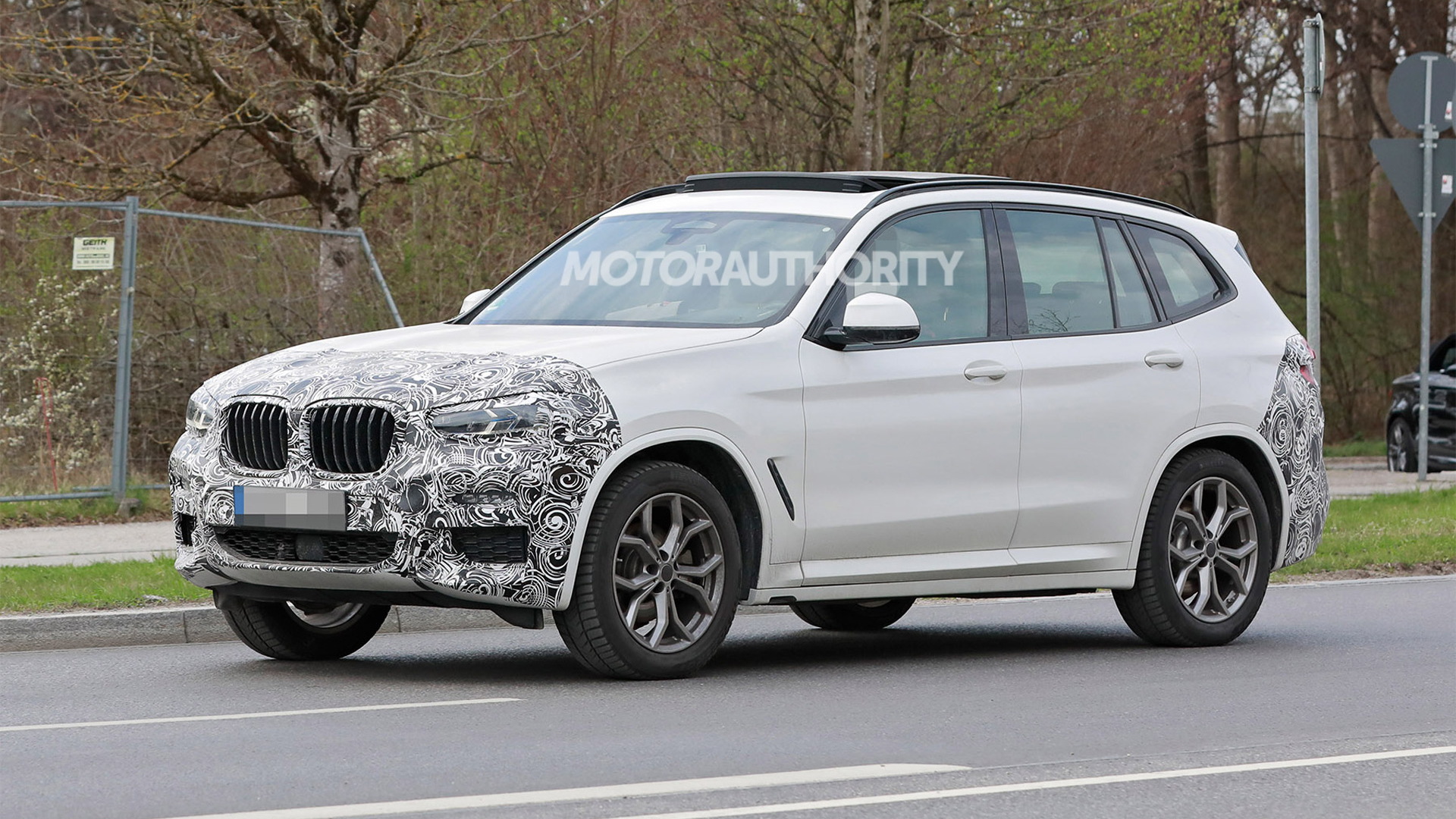 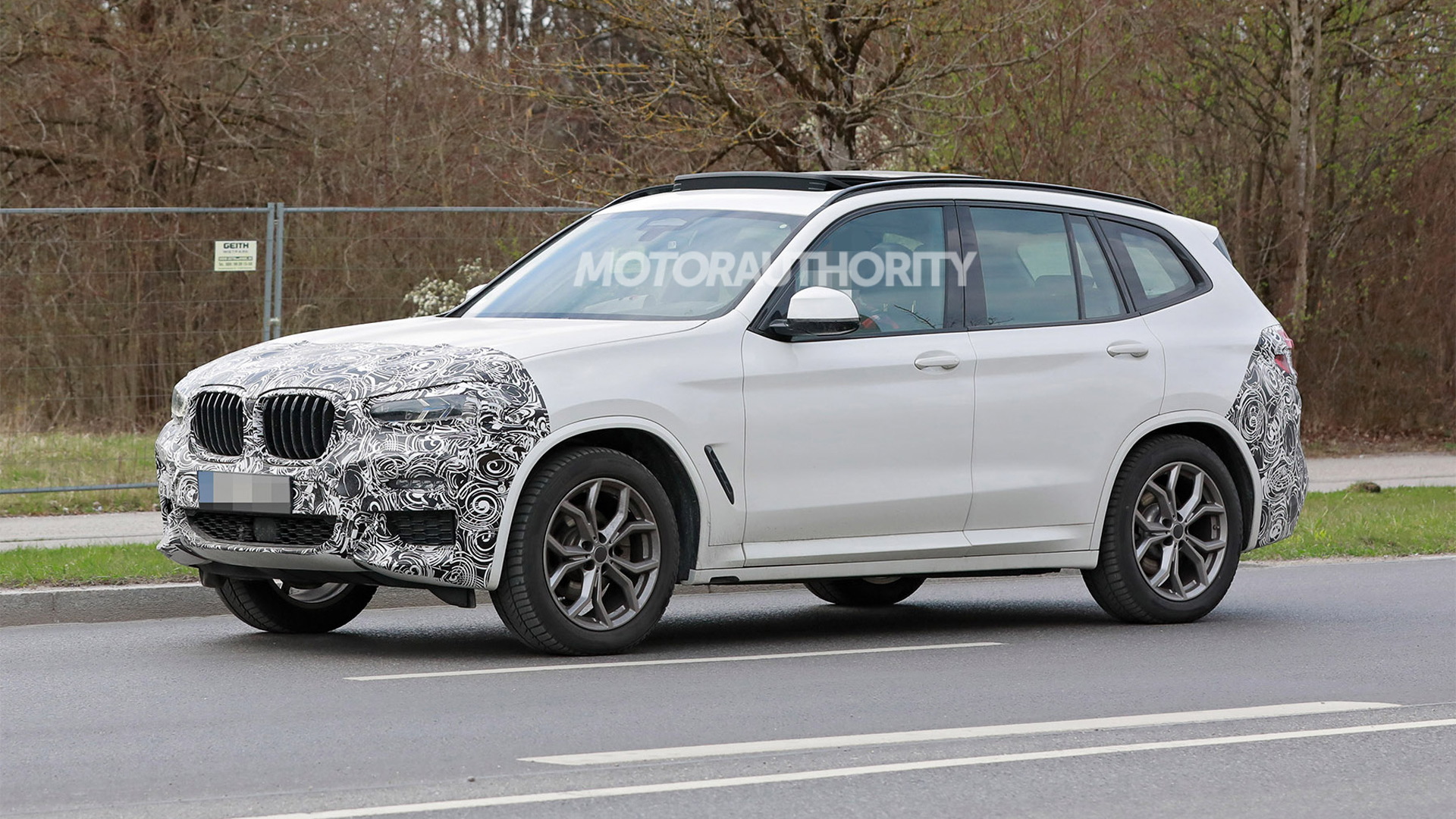 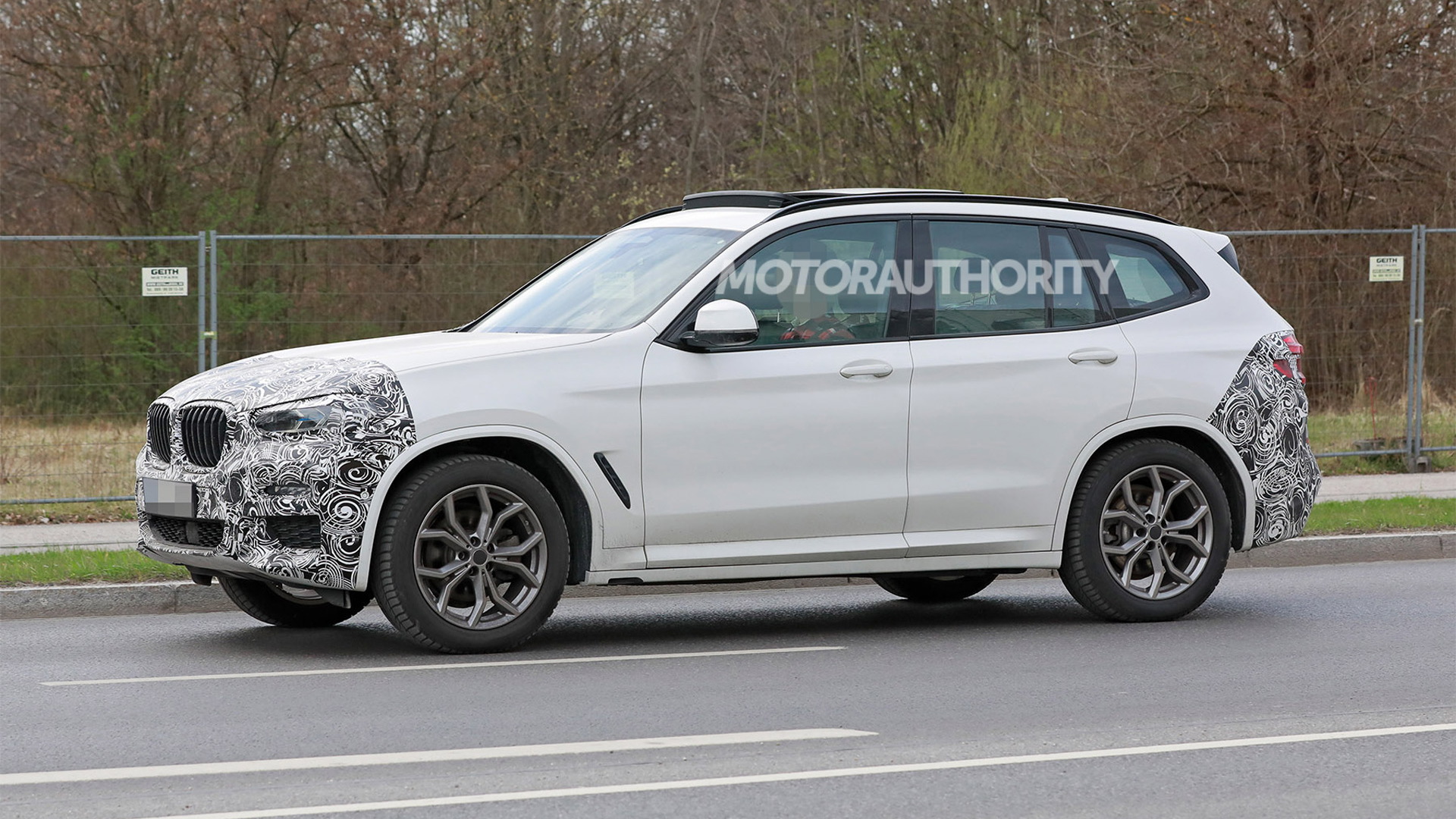 The current BMW X3 has been on sale since the 2018 model year and in BMW tradition will be given a mid-cycle update for 2022. A prototype for the updated X3 has just been spotted, revealing some of the styling tweaks pegged for the small crossover.

The X3 is one of the most popular models in BMW's lineup, with sales in the United States nearing 60,000 units last year, which despite the pandemic was close to the total sold when the current X3 was first launched. As a result, count on BMW keeping this update mild.

Our spy shots hint at revised front and rear fascias, slimmer headlights, and new internals for the taillights. It also looks like the grille will be enlarged slightly. Some changes inside are also planned. One we know is coming is a new infotainment screen.

It isn't clear what powertrain changes are planned. We could see more power added to the 2.0- and 3.0-liter engine options, and possibly more range added to the plug-in hybrid. The battery-electric iX3 was only just launched, so don't expect its powertrain to be tweaked in a major way.

Look for the updated X3 to go on sale late this year or in early 2022. Similar updates will also feature on the X3 M and related X4.

BMW is in the process of updating or redesigning a number of its core models to help differentiate their styling. The transition started with the arrival of the 2021 4-Series. Prototypes for a redesigned X1, 2-Series and 7-Series, as well as a heavily updated X7, are also out testing.