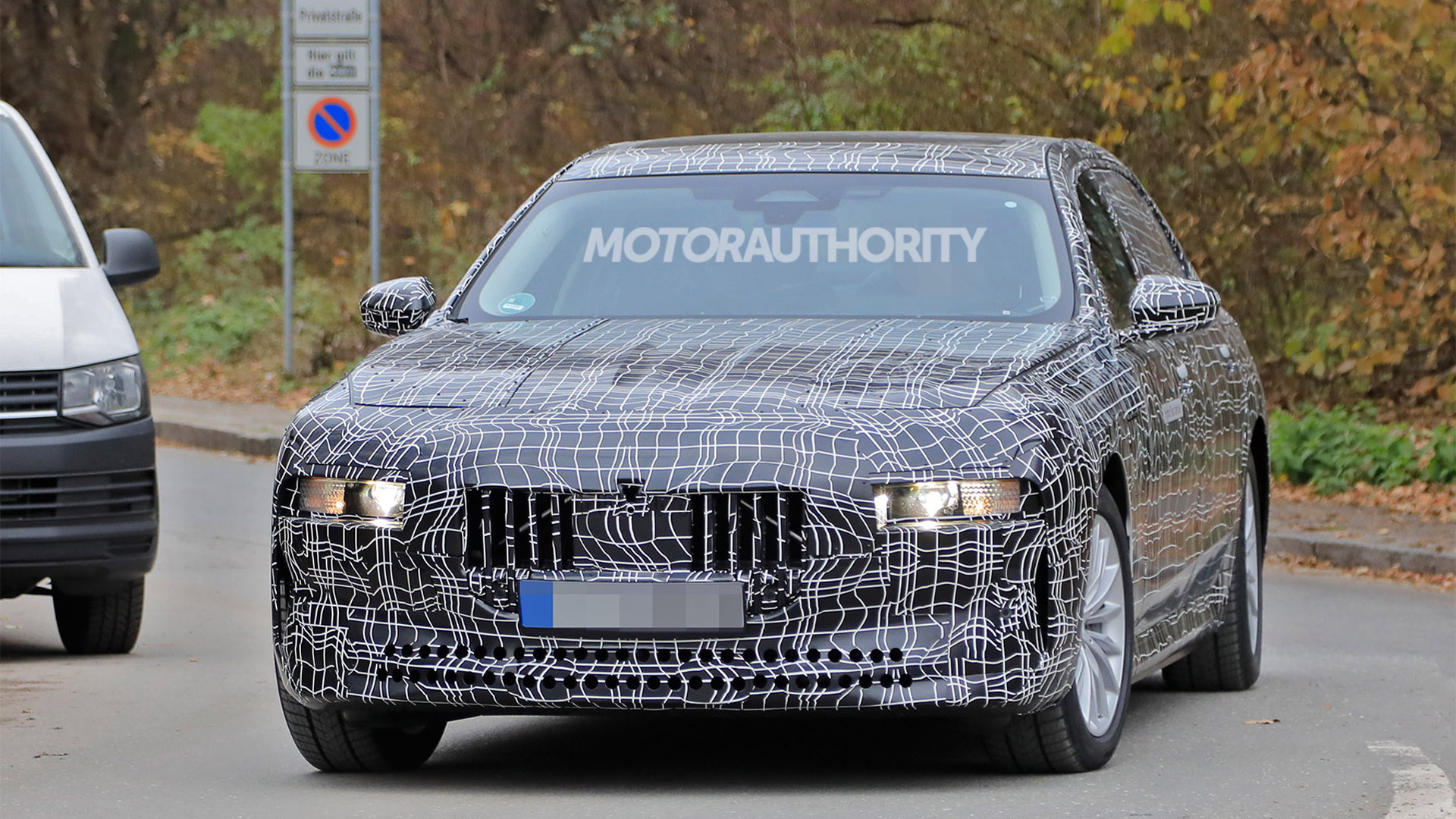 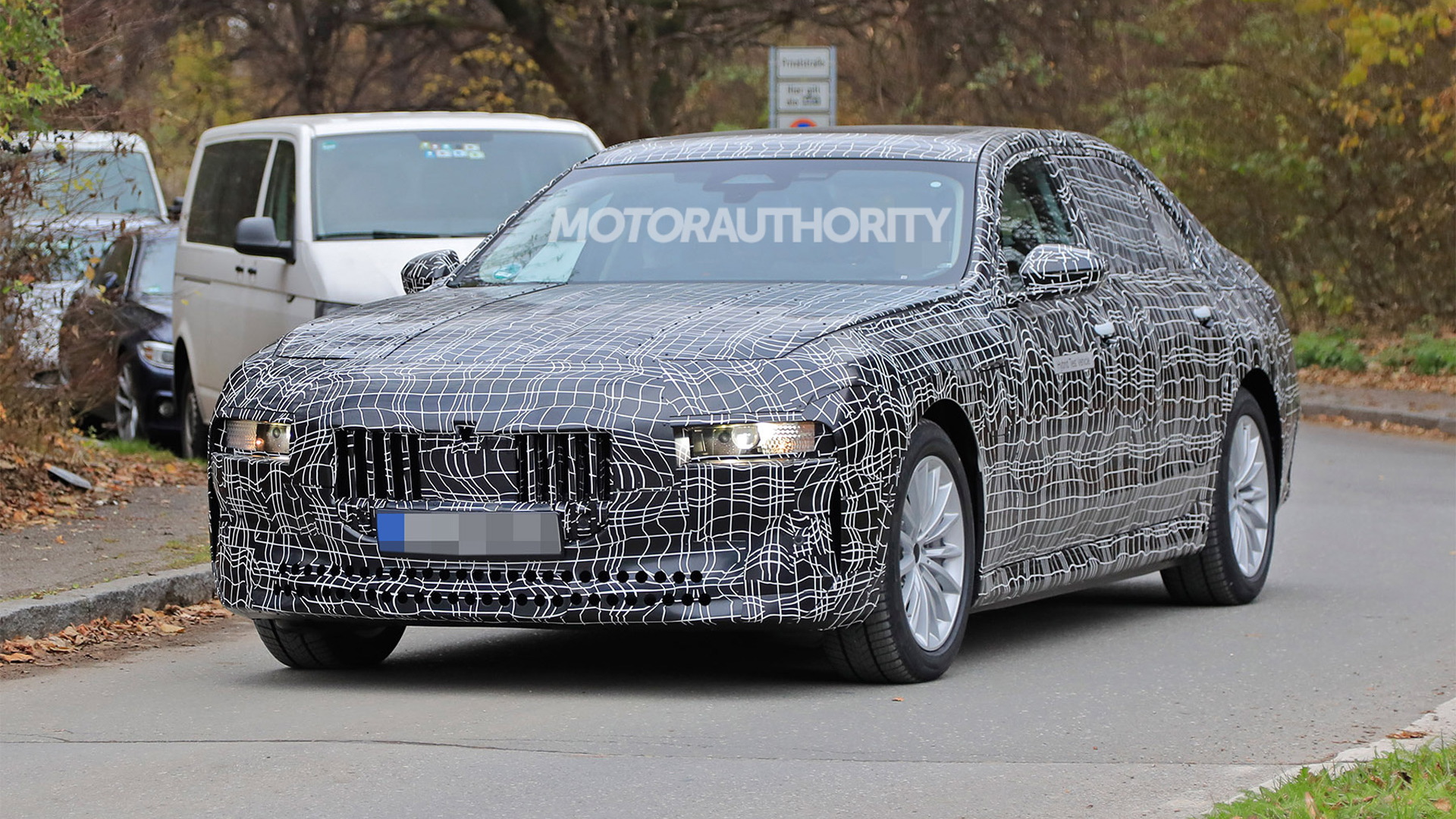 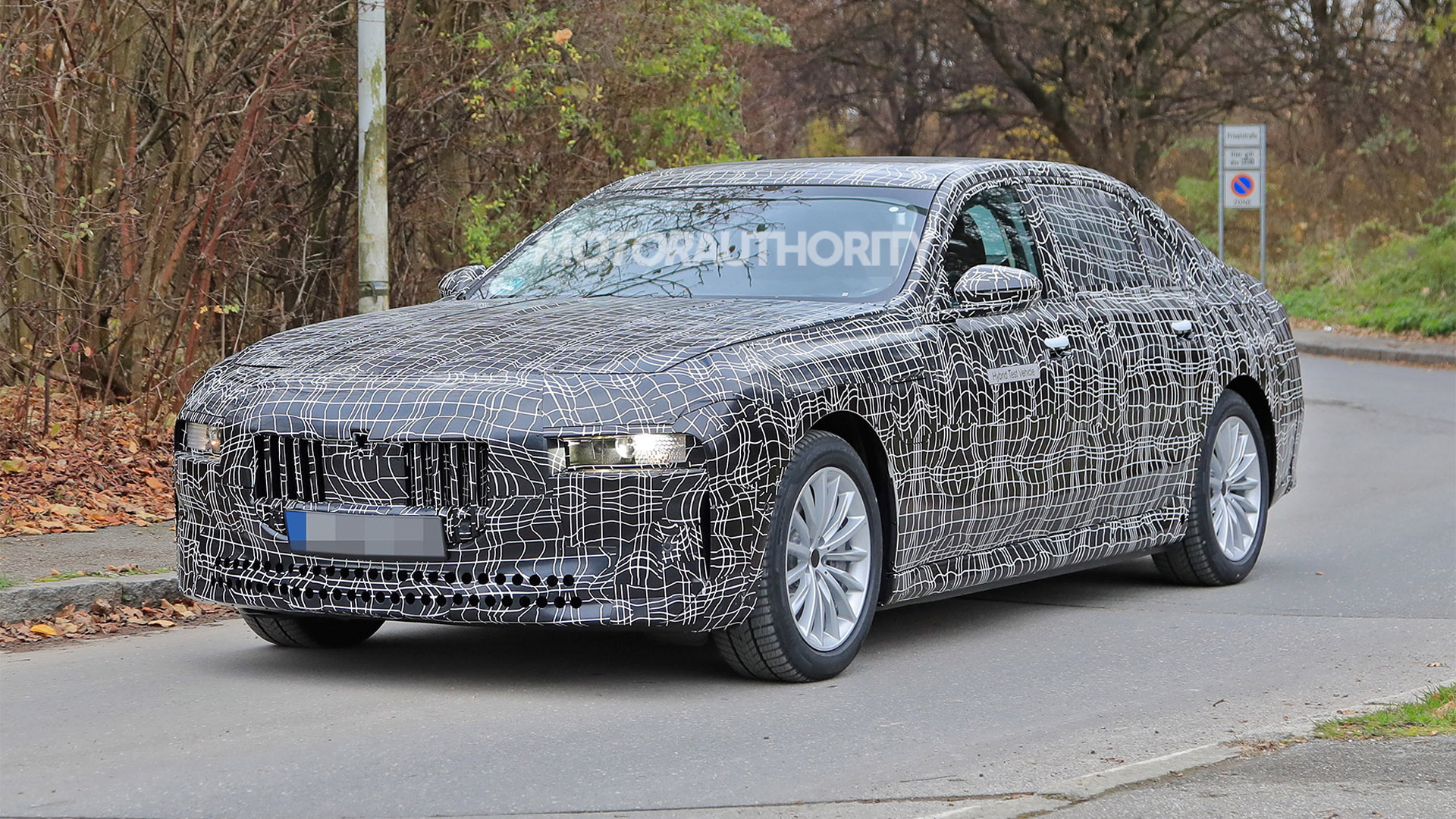 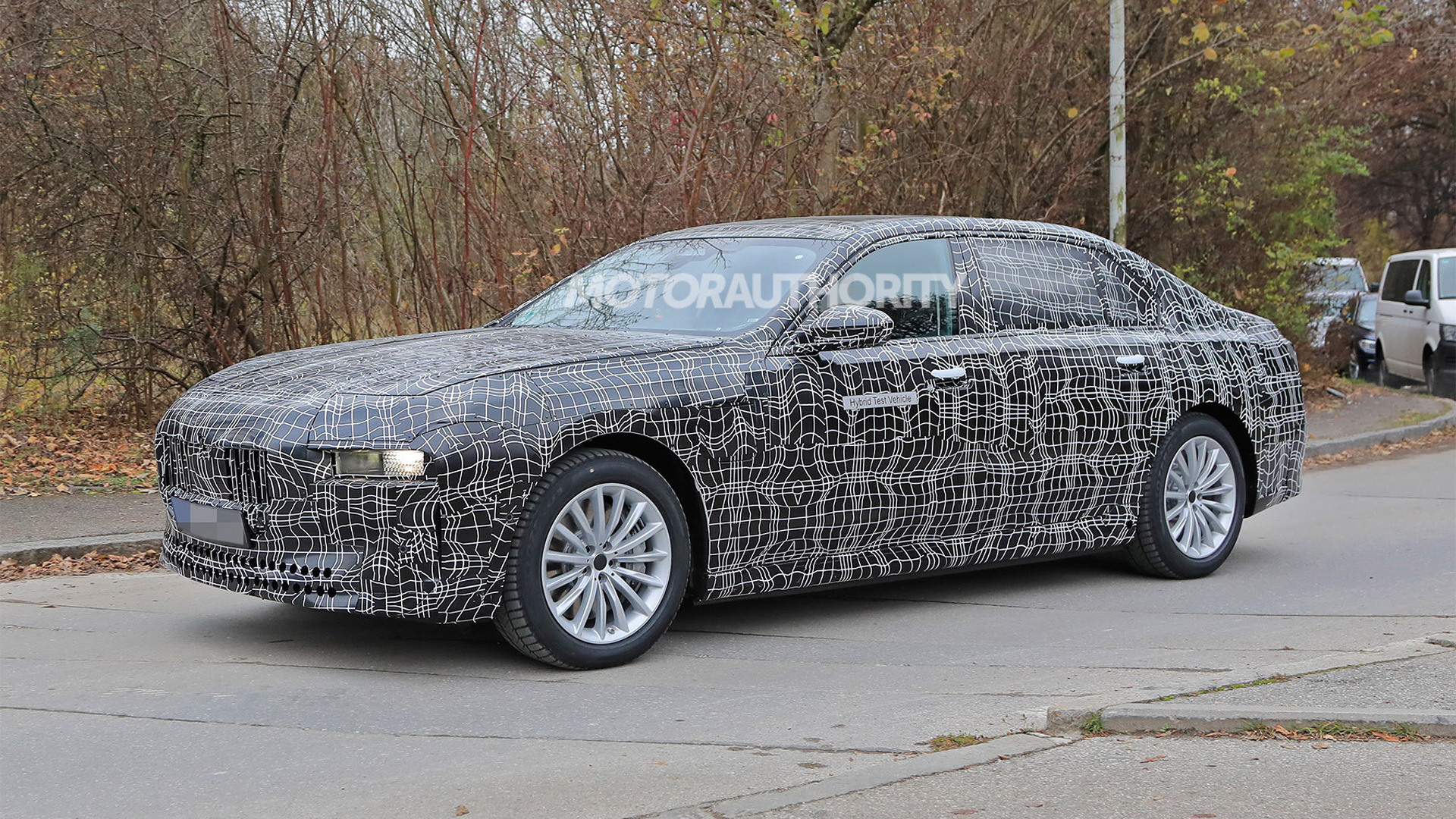 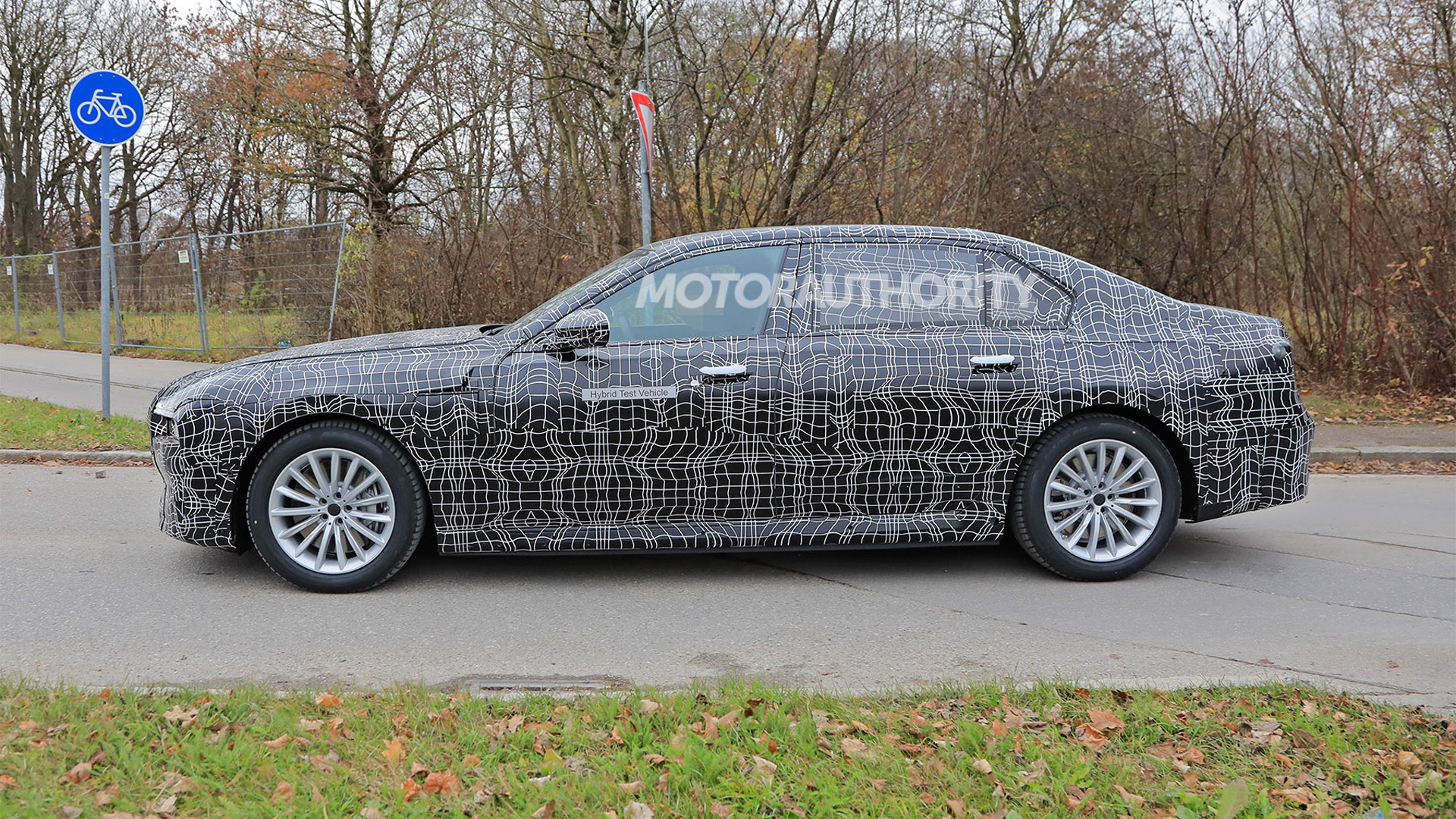 BMW is working on a redesign for its 7-Series and new prototypes have been spotted. The seventh-generation flagship is expected to debut in 2022 as a 2023 model.

Previously we brought you spy shots of a new battery-electric variant that may end up being called an i7. The latest prototypes are for variants equipped with internal-combustion engines, and one of them is a plug-in hybrid.

The prototypes are heavily camouflaged, especially their finer details like the lights, grille and C-pillars. We can spot the design of the tailpipes in some of the shots. We can also spot a rearward facing camera mounted to each of the front fenders, and there are more cameras and sensors visible in the front grille. Note, the top of the grille has been completely masked off and actually sits higher than the headlights, like on the current 7-Series.

Underpinning the redesigned 7-Series will be an updated version of the current generation's CLAR platform designed to support multiple powertrain types, including battery-electric powertrains as we'll see in the i7 (the platform also underpins the upcoming i4). Another key change will be the addition of rear-axle steering, which the rival Mercedes-Benz S-Class introduced for its 2021 redesign.

Some form of electrification should feature on every model in the lineup, meaning we're likely to see mild-hybrids offered in addition to plug-in hybrid and battery-electric powertrains. A V-8 in mild-hybrid configuration is a sure bet but the jury is still out on whether a V-12 will still be around. However, a senior BMW exec as recently as 2019 said the company had no plans to abandon the big engine.

There should be new concepts for the interior along with a high level of self-driving capability, judging by all of the external cameras and sensors. The interior of the recently revealed 2022 BMW iX battery-electric SUV may hint at some of the elements we can expect in the redesigned 7-Series' cabin. Stay tuned.