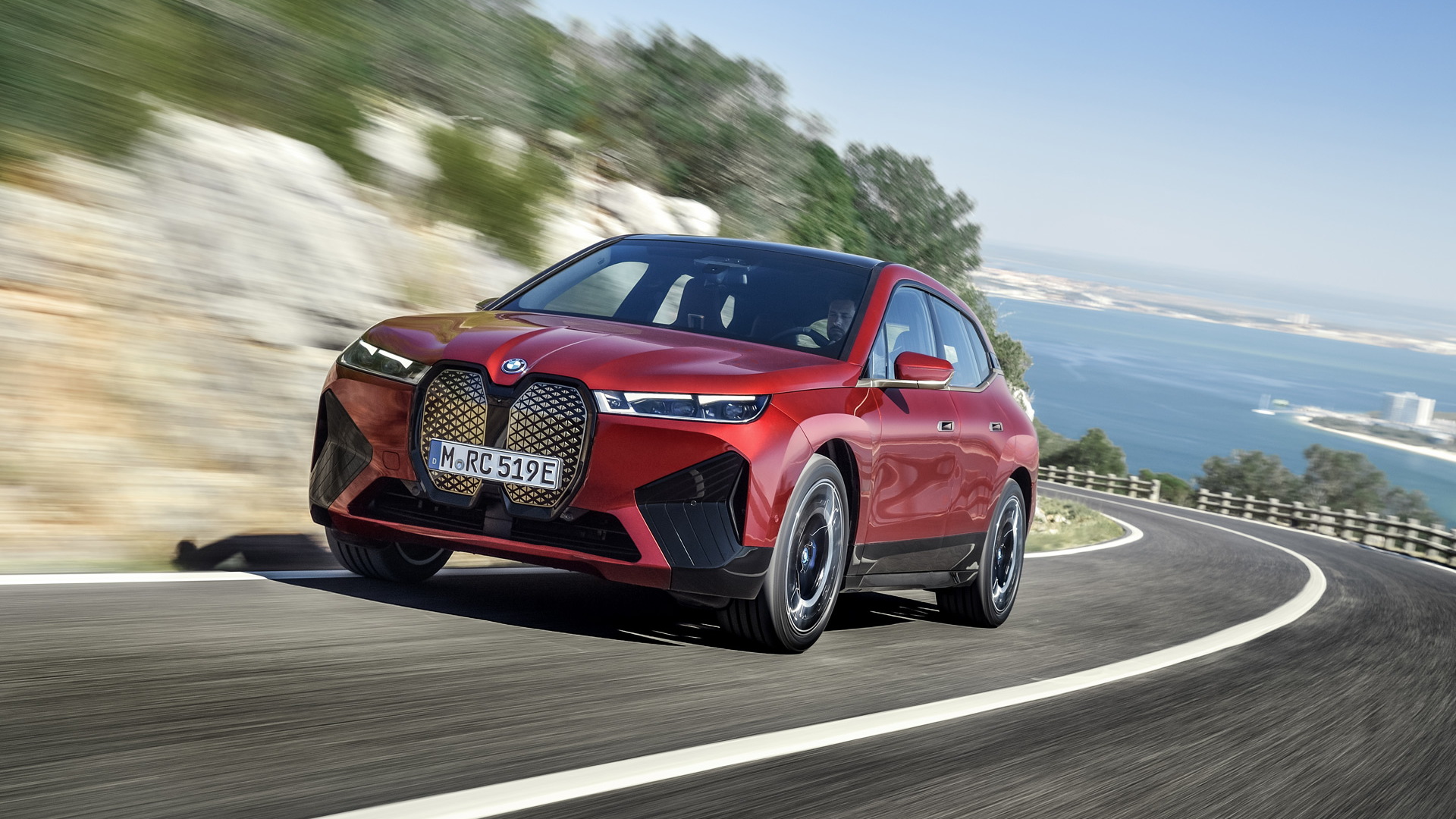 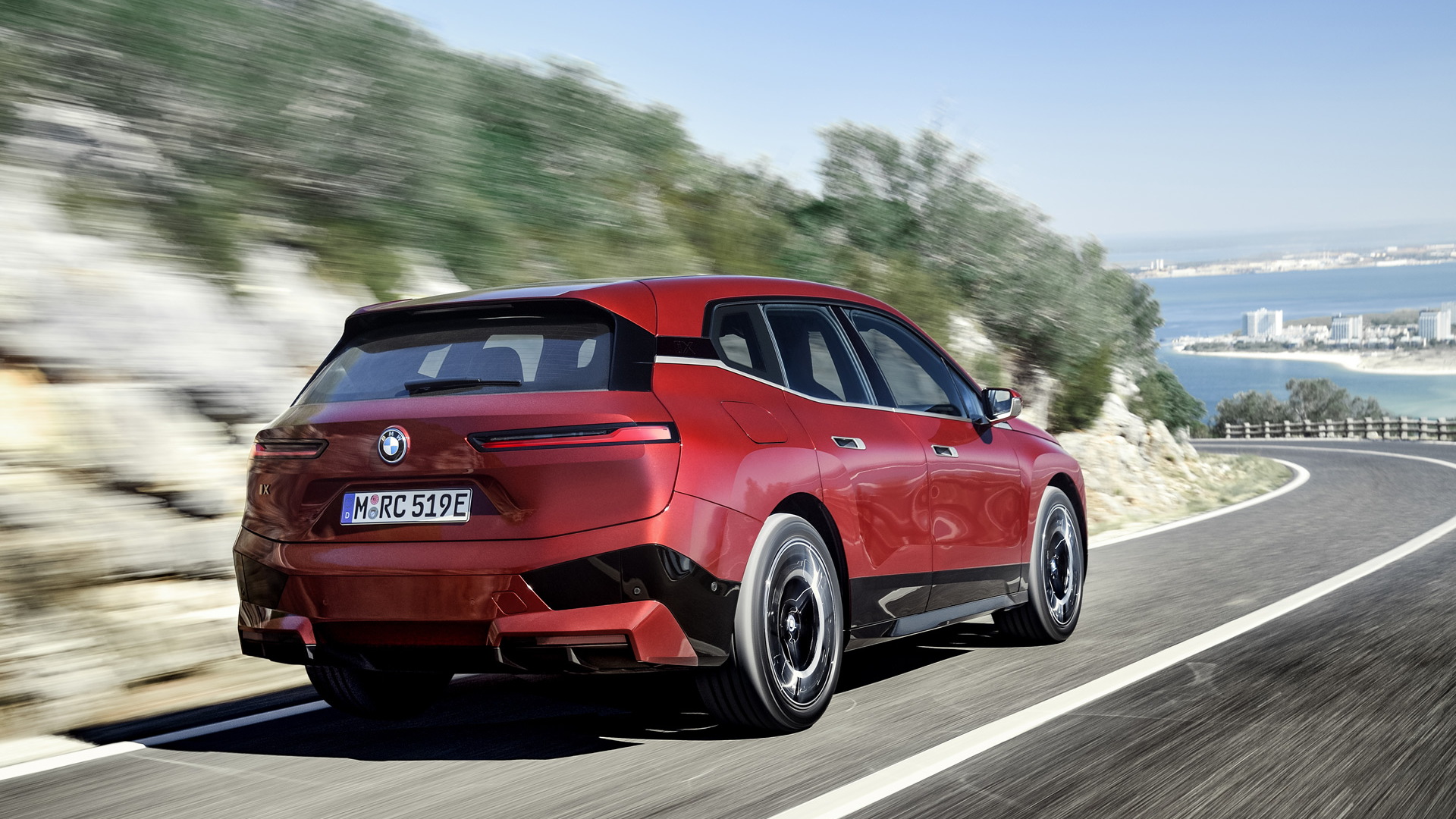 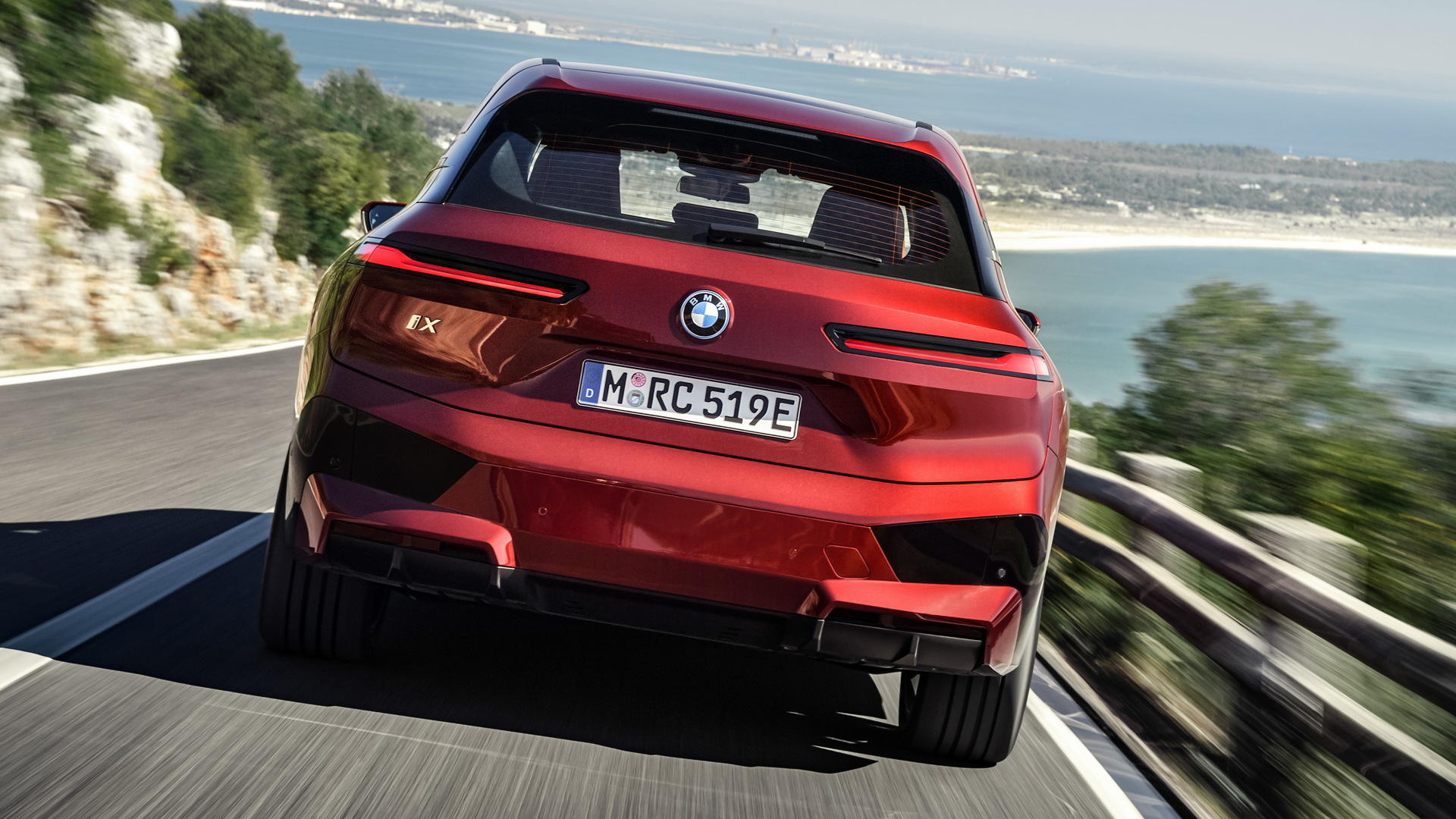 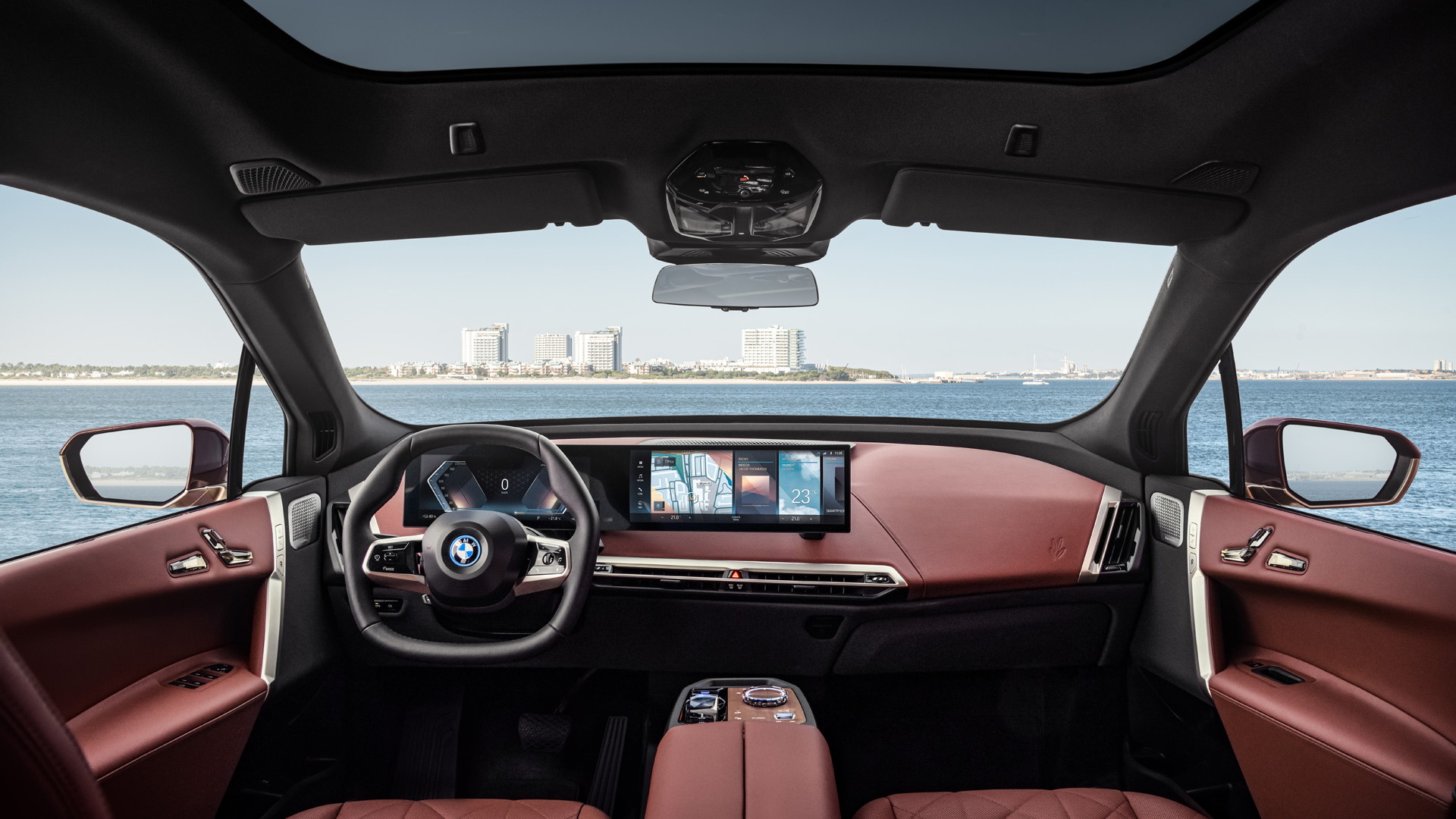 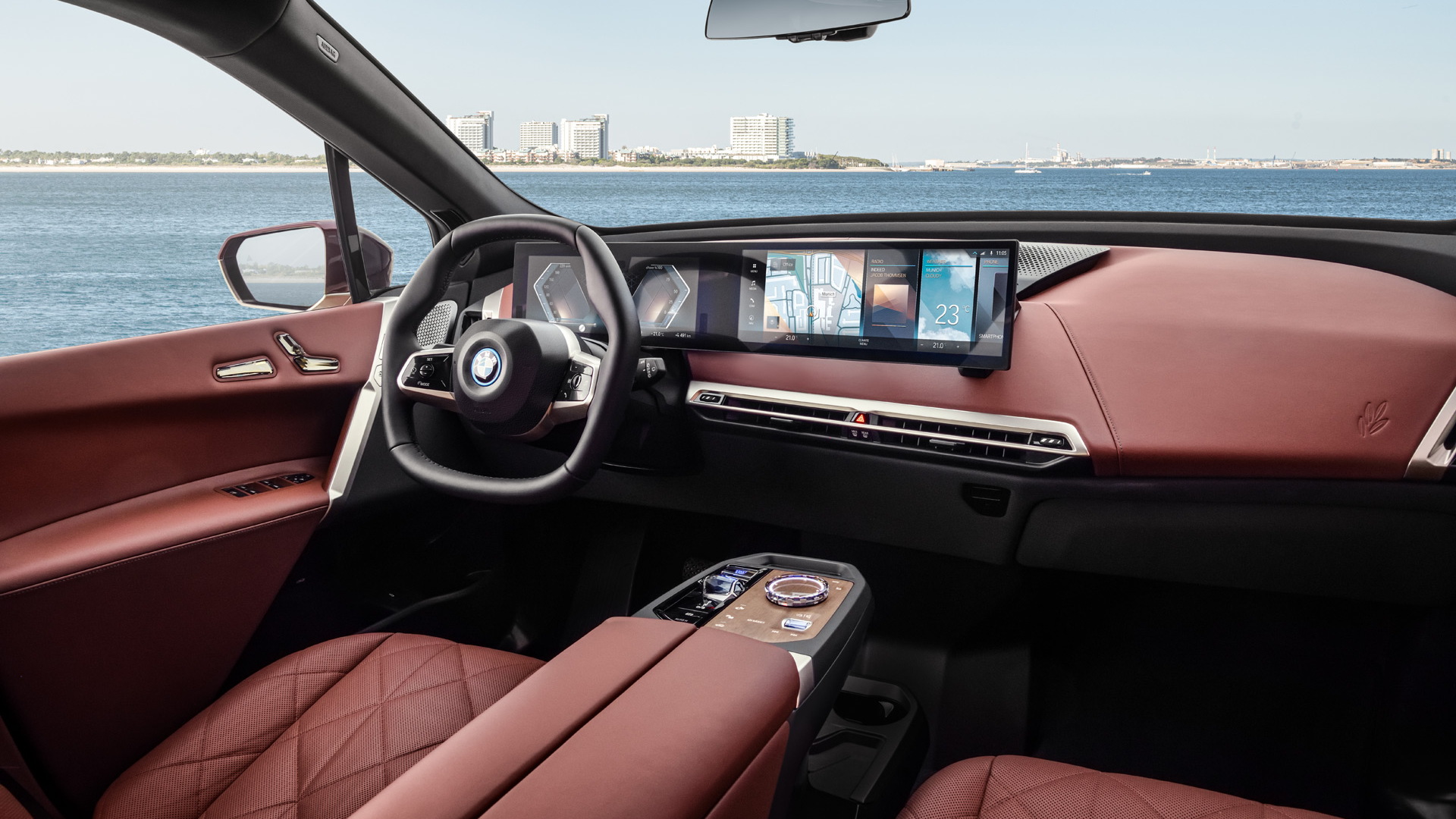 Is the world ready for another luxury SUV? BMW seems to thinks so as the automaker will soon add to its lineup of high-riding vehicles the iX, a vehicle previously known by its code name, iNext.

Due to reach the United States in early 2022 (elsewhere it will go on sale in late 2021), the iX is a mid-size, battery-electric SUV that serves as a technological flagship for the BMW brand, with the focus here not only on alternative powertrains but also self-driving capability and next-gen user interfaces.

BMW previewed the design in 2018 with the Vision iNext concept car, and on Wednesday the automaker finally gave us a look at the production-intent design. The iX is similar in size and shape to the BMW X5, but the roofline is lower for a more aerodynamic profile, and the face of the vehicle sports a unique treatment with a sealed-off grille for enhanced aerodynamic efficiency.

The iX is based on a new modular platform and is powered by BMW's fifth-generation EV technology. The platform supports aluminum space-frame construction for the body, which in the case of the iX is a first in the SUV segment. The platform also supports targeted use of materials such as carbon fiber-reinforced plastic to increase rigidity without adding too much weight. CRFP is found mostly around the passenger cell, forming what BMW refers to as the Carbon Cage.

At least one powertrain configuration will have an electric motor at each axle generating about 500 horsepower, or enough for 0-62 mph acceleration in less than five seconds. The iX should also deliver a range of 300 miles based on the EPA cycle. High-speed charging at rates up to 200 kilowatts will enable the battery to be charged from 10-80% capacity in less than 40 minutes. And for people in a real hurry, just 10 minutes of charging is all that's needed to add about 75 miles of range. Since development is ongoing some of these figures are subject to change, BMW said.

Thanks to packaging advantages of electric powertrains, the iX's cabin is much roomier than the cabin of an X5, despite the two vehicles having a similar wheelbase. The iX's wheelbase is actually an inch longer at 118 inches. There are two rows of seats inside, and greeting the driver is a floating instrument cluster and infotainment screen that sit behind a hexagonal steering wheel. The new shape is in preparation for the arrival of self-driving features. Knowing which way the wheels are pointing when retaking hold of the steering wheel once the iX exits self-driving mode will be crucial for maintaining vehicle control.

What hasn't been mentioned are the iX's self-driving capabilities, though BMW said the vehicle's platform supports the powerful computing requirements for processing sensor data. BMW has previously stated that the vehicle will offer a high-level of self-driving capability, though perhaps not at launch. Level 3 self-driving capability on the SAE scale is expected to be offered at first. This will allow drivers to let go of the steering wheel and even look away from the road for brief periods, but they will need to be ready to take control at any time. A more advanced system for highways that could let the driver look away from the road for extended periods has been hinted at, though it isn't expected to be offered until around 2024.

Apart from the driving, most of the vehicle functions can be controlled via the infotainment screen or using natural-speak voice activation. BMW's traditional iDrive controller is also found in the center console, though the other buttons you normally find here have been replaced by a control surface with active haptic inputs. Also located here is a rocker switch to replace the traditional gear lever. A head-up display is also featured, and for the first time its projector is flush with the dash, allowing it to be hidden from sight.

The iX will also have audio buffs fully covered. A Harman Kardon sound system will be standard but a Bowers & Wilkins system with 30 speakers and a 1,615-watt amplifier output will be offered. This system will also have a 4D audio function that uses shakers in the front seats, ensuring you'll feel those heavy bass elements, even at low volumes.

Production of the iX will be handled at BMW's main plant in Dingolfing, Germany. Pre-production prototypes are already being assembled at the plant.