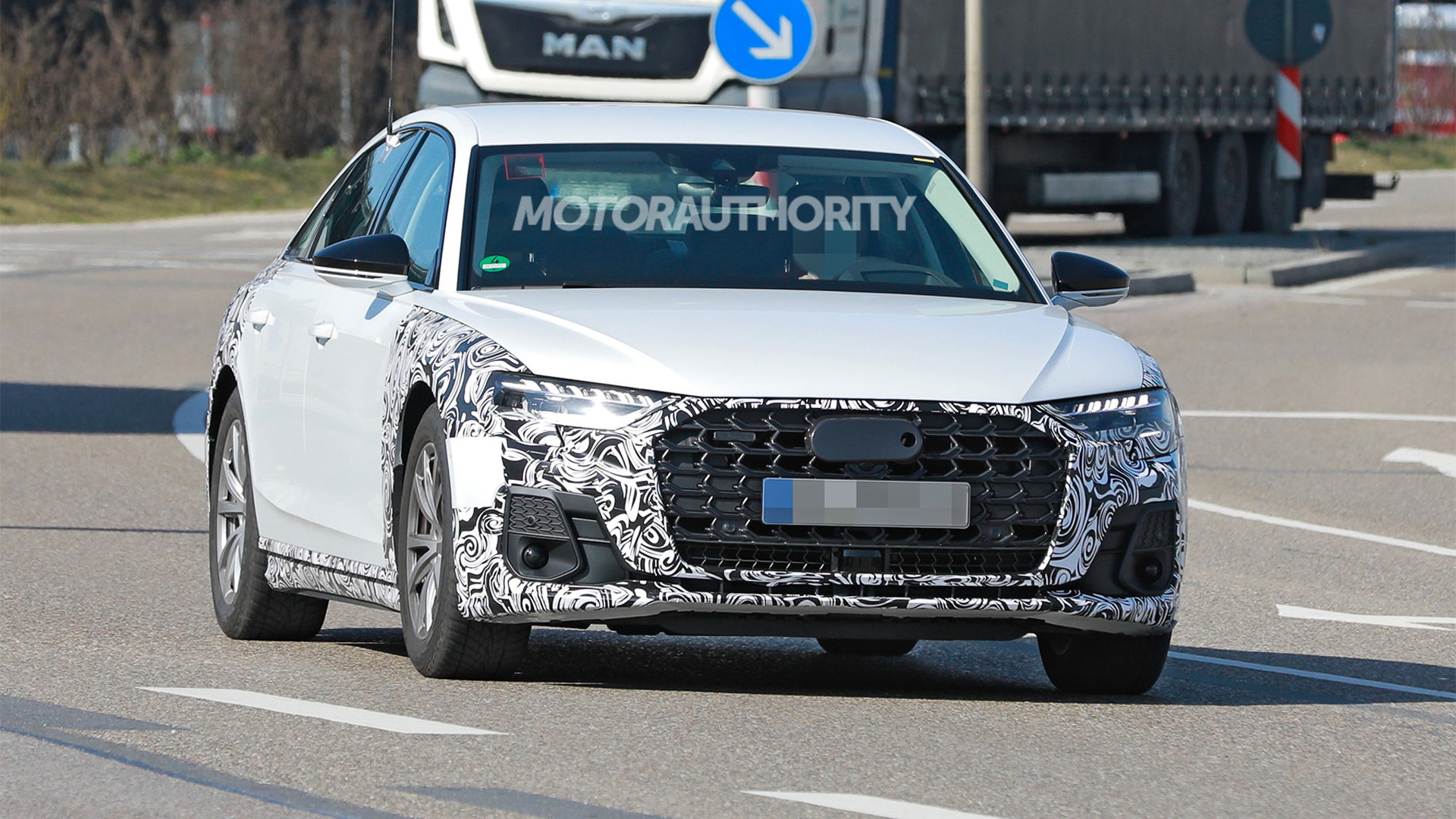 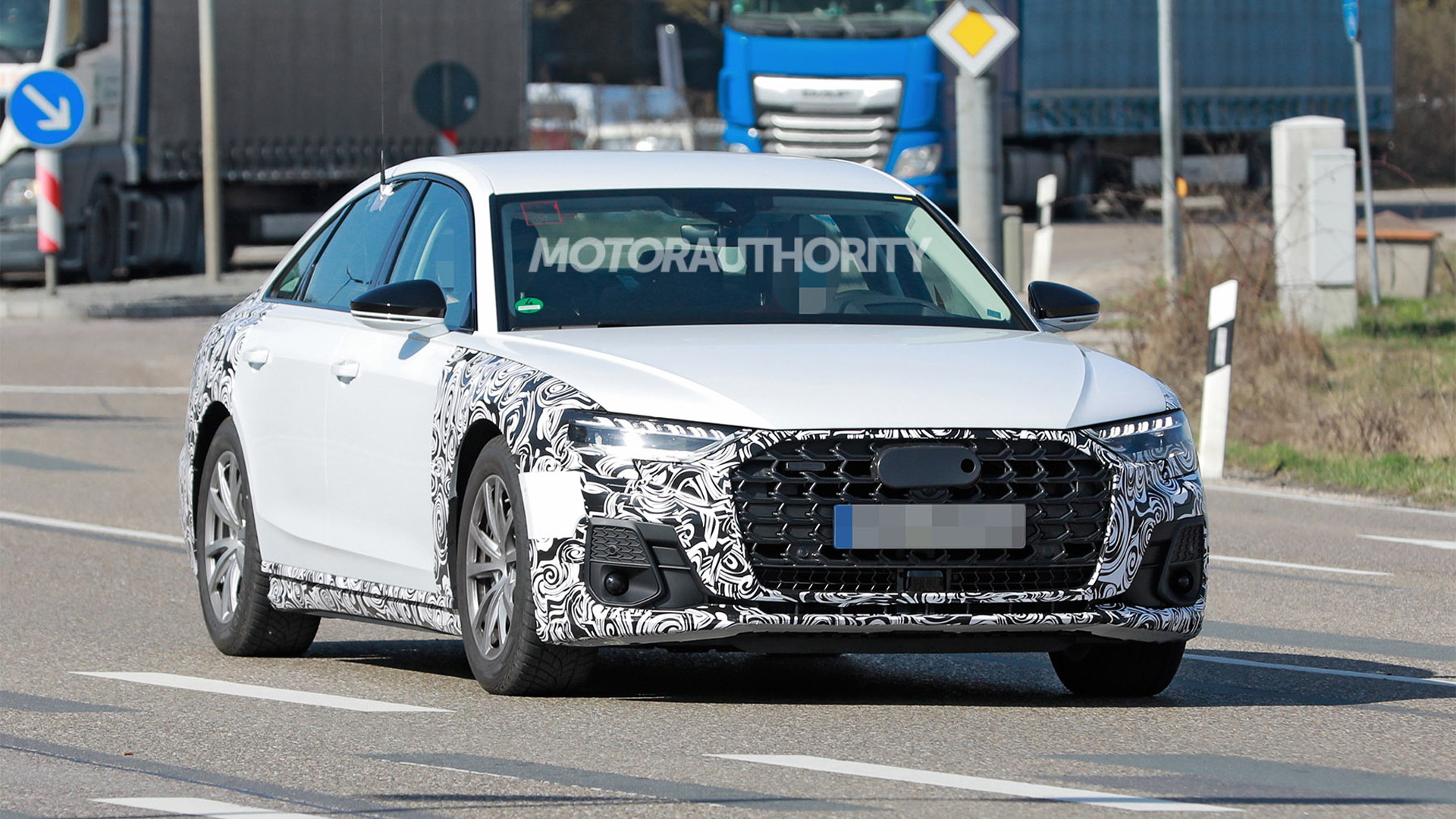 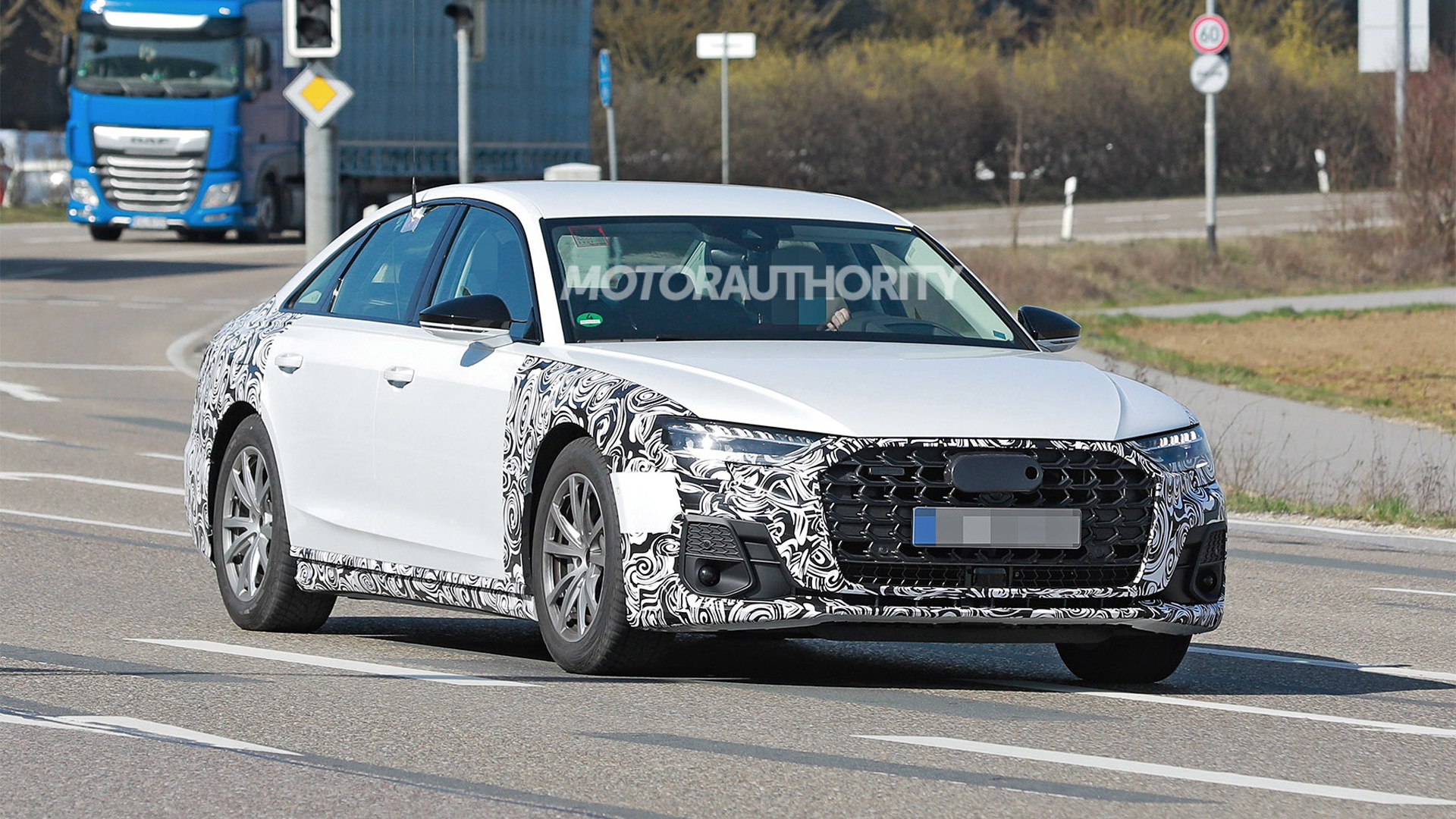 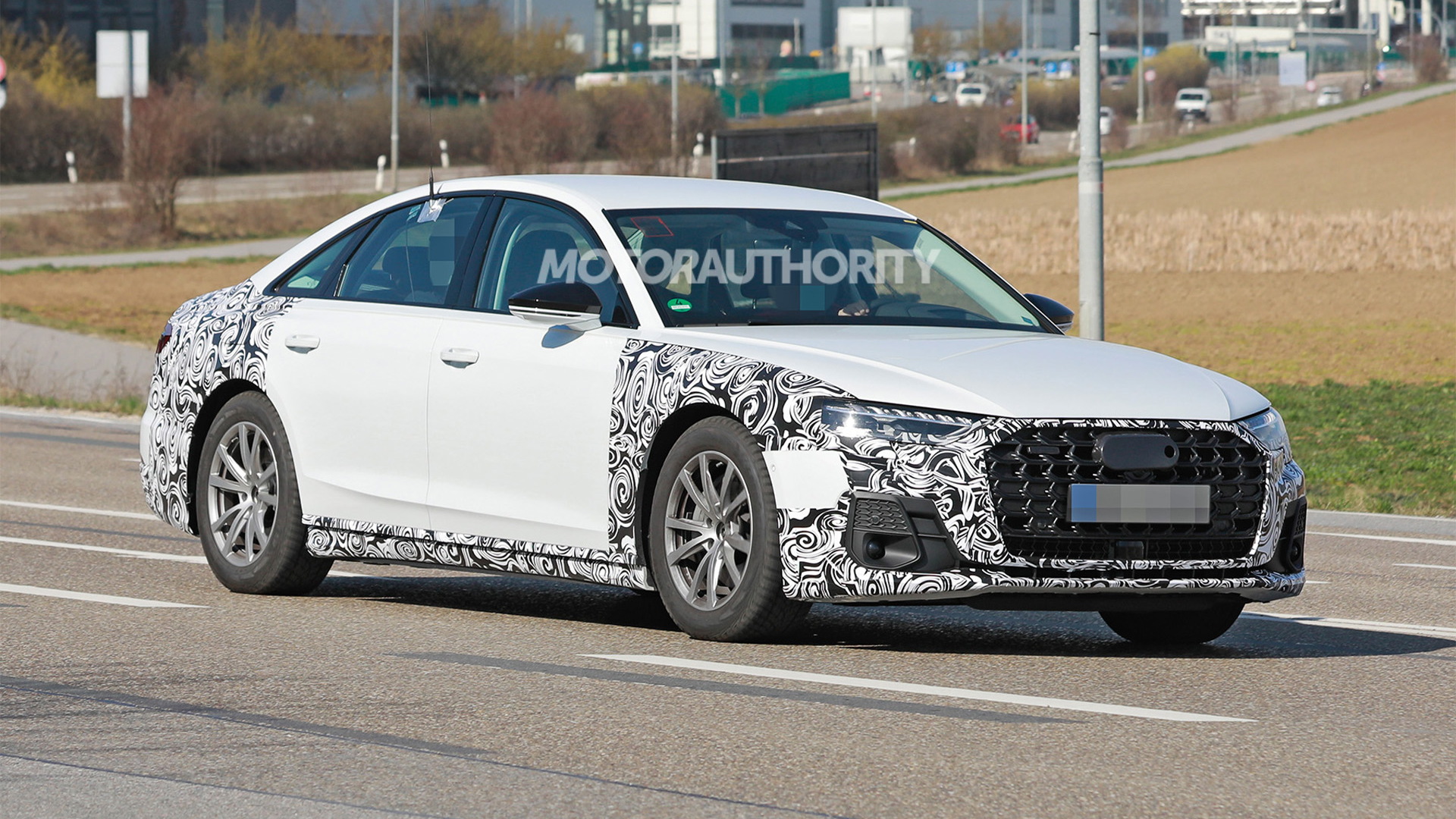 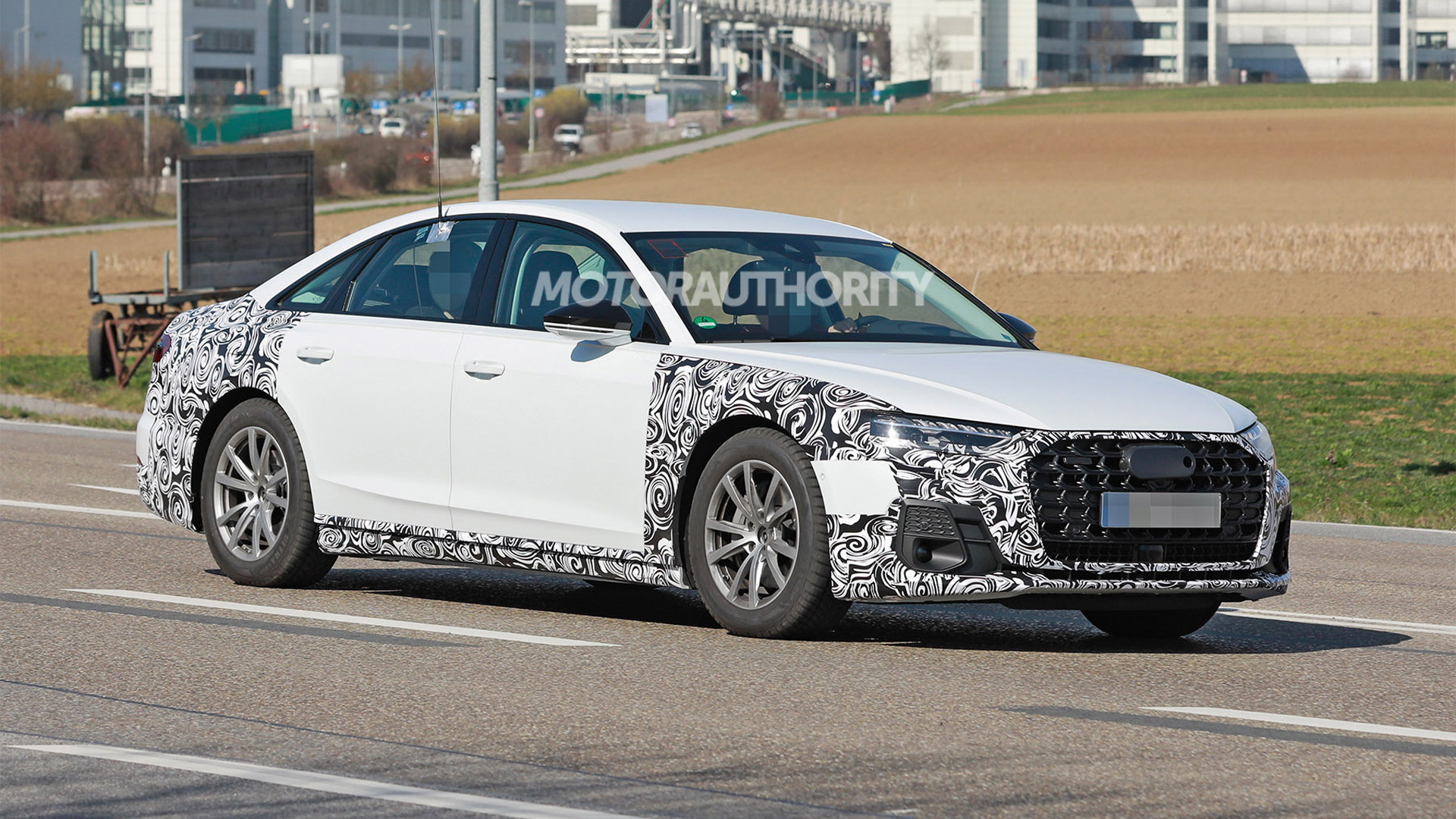 Audi's fourth-generation A8 is about to come in for a round of updates, as evidenced by camouflaged prototypes spotted in the wild.

The current A8 arrived for the 2019 model year. This updated version is expected to debut late this year or early next as a 2022 model, though it may be delayed until the 2023 model year.

The A8 isn't a big seller for Audi, with the U.S. sales figure in 2020 coming in at just 2,406 units. Even the pre-pandemic total in 2019 was only slightly better at 2,963 units. As a result, Audi is unlikely to invest big on major updates for the A8. The prototypes point to new headlights, new internals in the taillights, and revised fascias at both ends.

There aren't any shots showing the interior but we can expect some updates here as well. A new infotainment system is possible to match the more advanced systems offered in newer vehicles like the latest Mercedes-Benz S-Class and Cadillac Escalade, both of which offer large curved displays.

The current powertrain lineup should carry over. In the U.S. this means V-6, V-8 and W-12 options, plus a V-6-based plug-in hybrid option. Don't look for a battery-electric powertrain to be added, at least with this generation of the A8.

Similar updates should feature on the sporty S8 variant. The current S8 makes 563 hp from a 4.0-liter twin-turbocharged V-8, and even more performance could be offered if Audi adds a new S8 Plus variant like it did with the previous-generation S8.

Speaking of variants, Audi in 2019 hinted at a more luxurious version of the A8 that could possibly go up against the Maybach S-Class and new Rolls-Royce Ghost. There are rumors this flagship variant could use the Horch name, borrowed from Audi founder August Horch who used the name for a separate car brand before he went on to establish Audi.

Audi also looks to be developing a flagship SUV that may end up wearing a Q9 badge. An early tester for the vehicle was spotted in March.