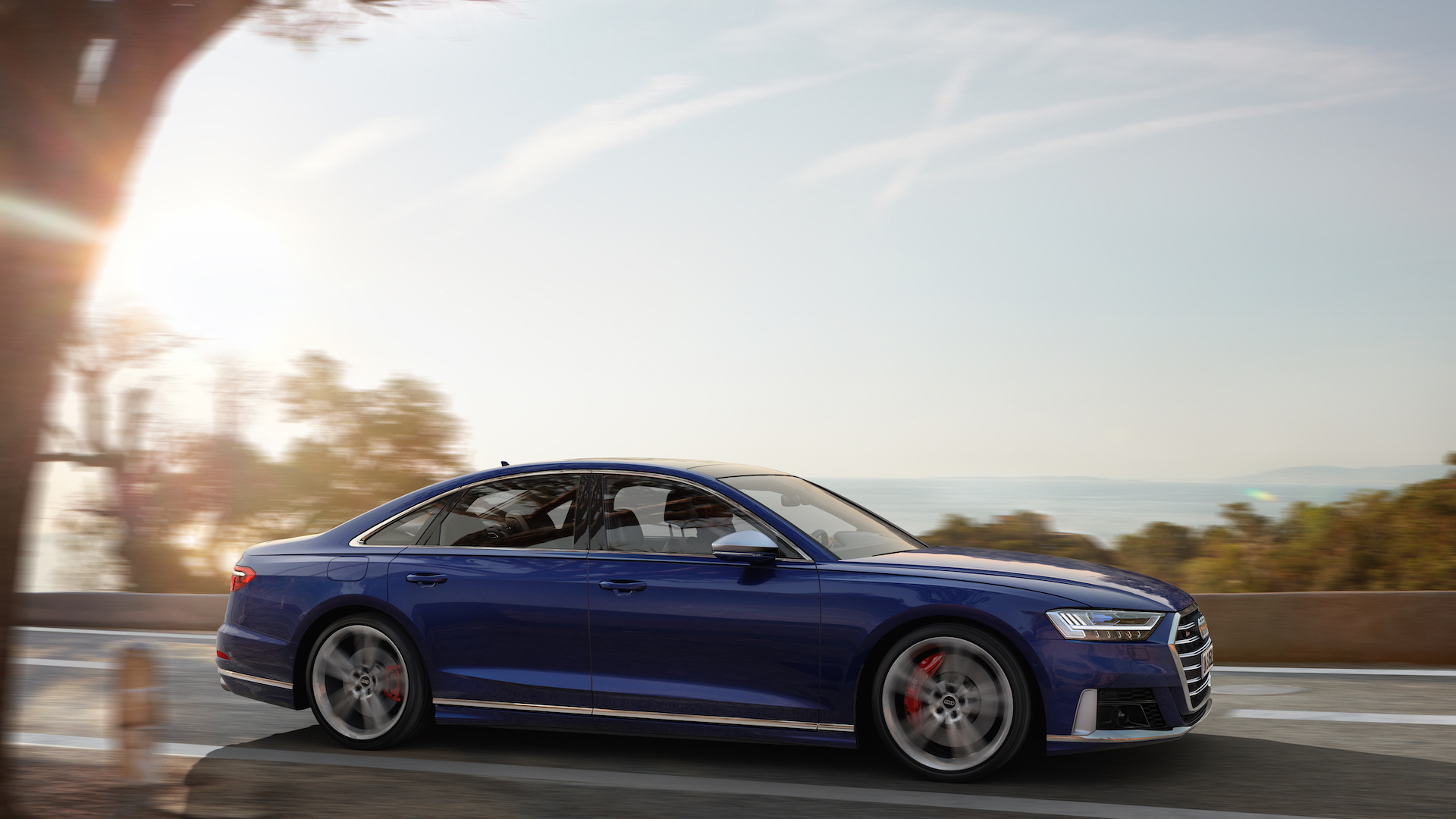 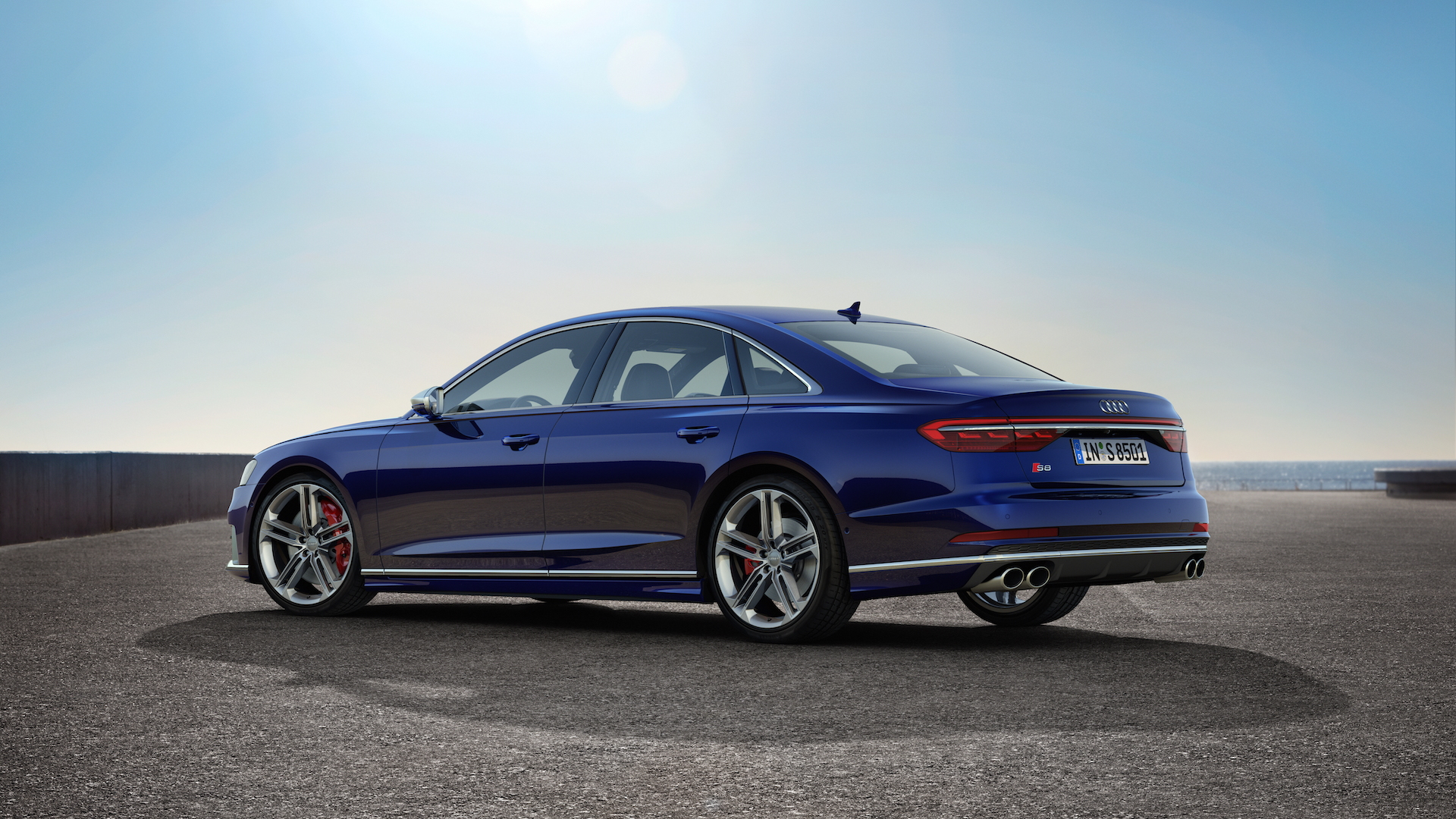 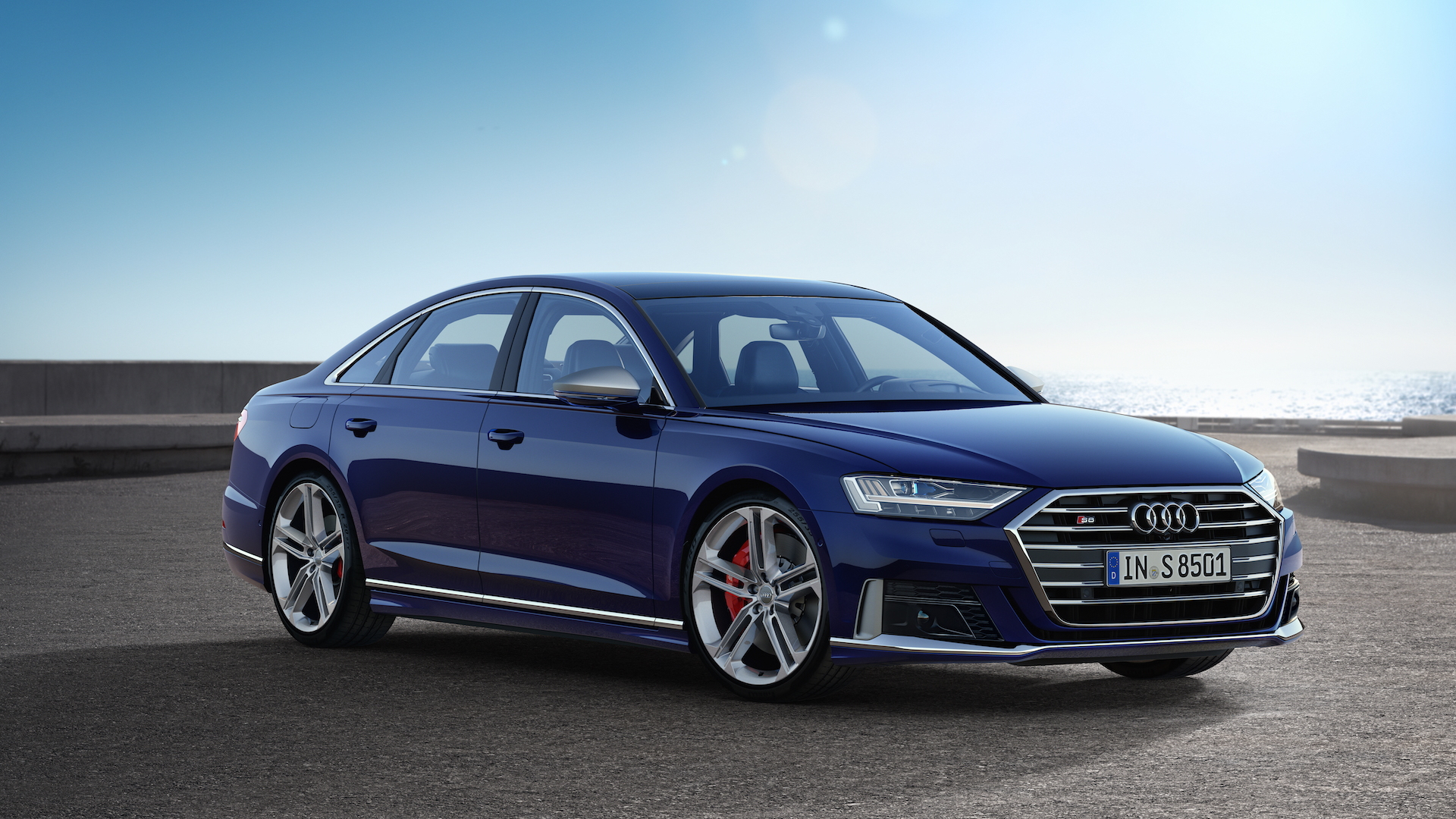 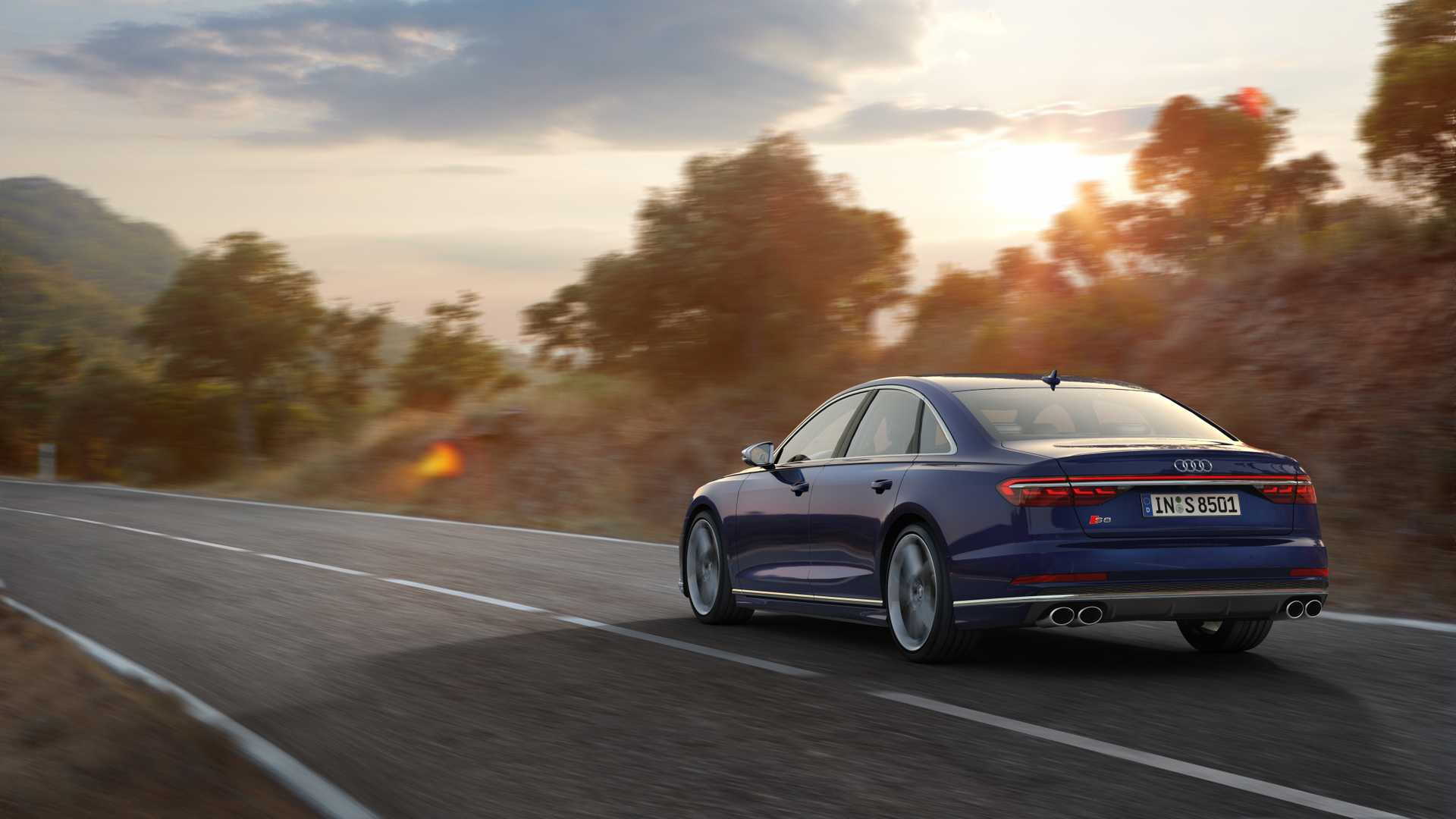 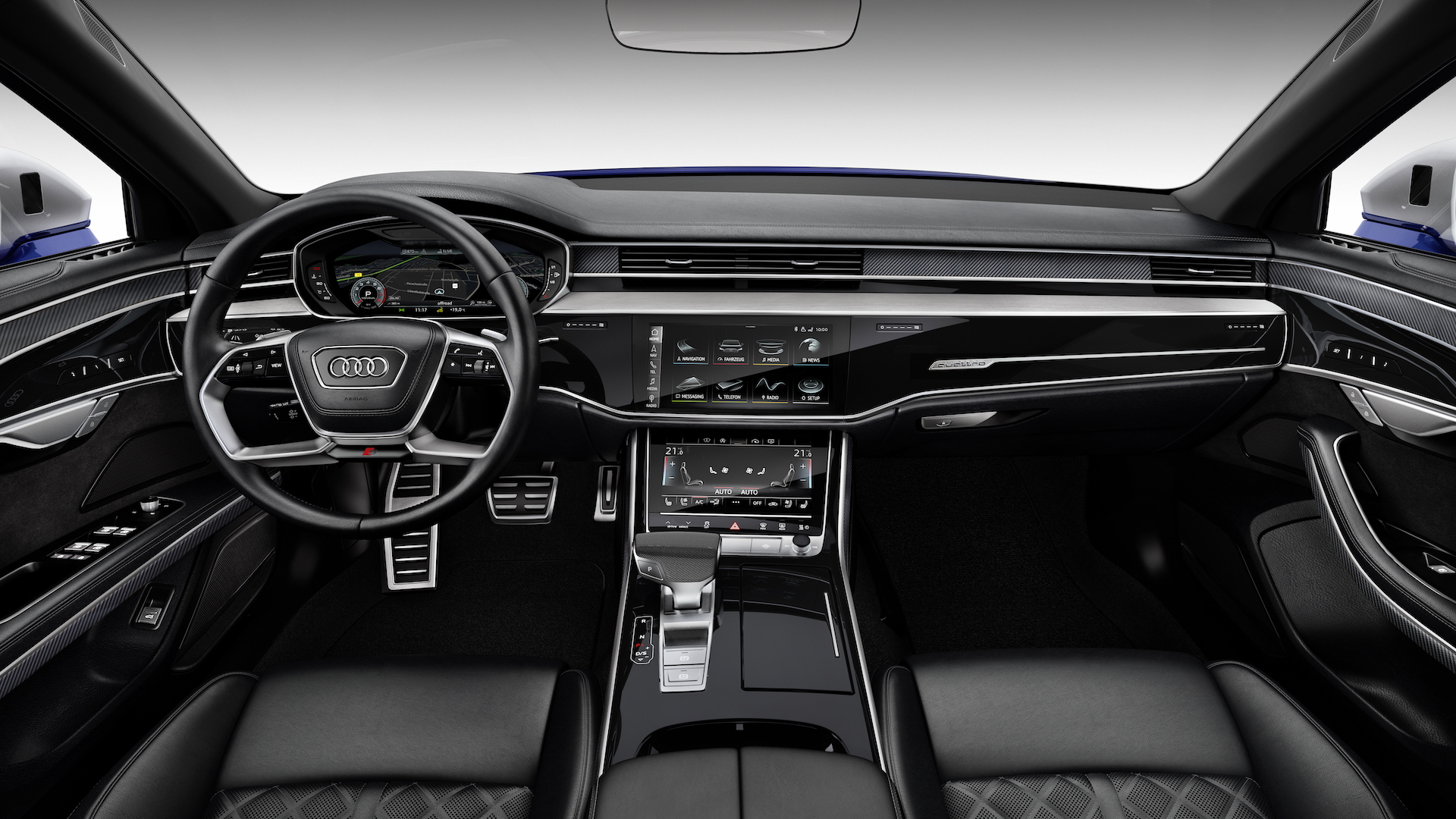 Audi has detailed the U.S.-market S8 ahead of its formal unveiling at the Los Angeles Auto Show next week. America's version of the 563-horsepower S8 will start at $130,495 (including a $995 destination fee), Audi announced Friday.

The highlight of the S8 is its twin-turbocharged 4.0-liter V-8. It makes 110 more horsepower than the highest-output A8 variant  (though 42 hp less than the last S8 Plus) and a grunty 590 pound-feet of torque. Power goes to the ground via Audi's Quattro all-wheel-drive system with a little help from a sport differential that delivers torque vectoring across the rear axle. Audi says this combo is good for a 3.8-second sprint to 60 mph on the way to a top speed of 155 (electronically limited). 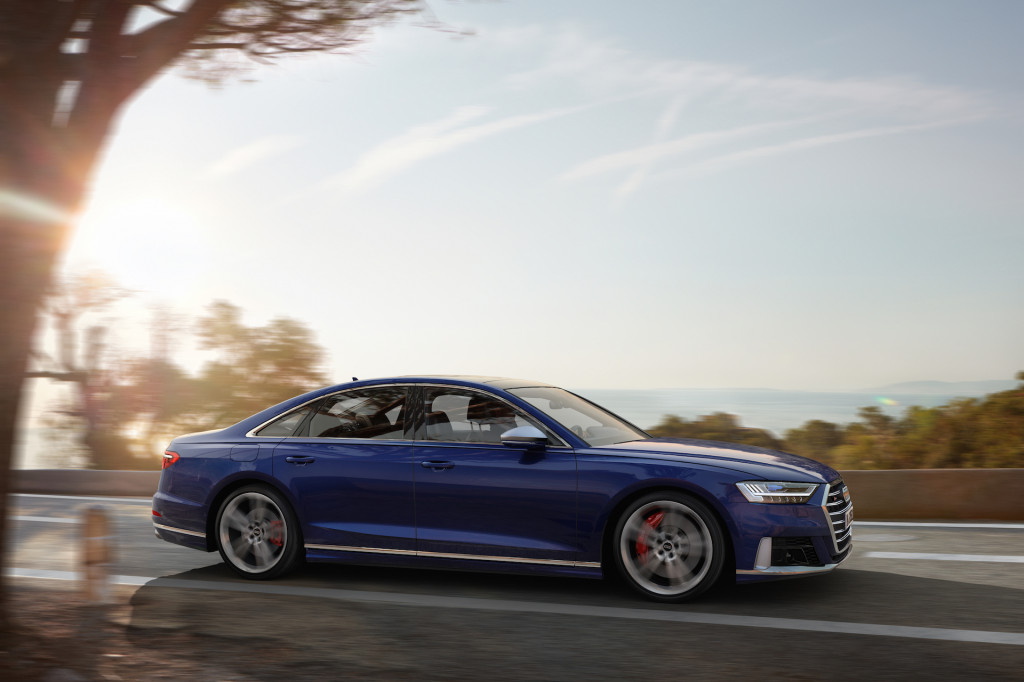 The 2020 S8 also boasts rear-wheel steering, which can steer the rear wheels opposite of the fronts at low speeds for greater agility and in the same direction as the fronts at higher speeds for improved stability. Here in the States, we get only the long-wheelbase variant of Audi's hotted-up sedan, so the extra low-speed maneuverability will be a welcome inclusion. Variable-ratio steering will also make the S8 quicker on its feet.

Like the rest of the A8 lineup, the latest S8 gets a small dose of electrification. A 48-volt mild hybrid setup improves the engine's auto stop/start performance, but the electric-only "coast" mode that Audi enables for overseas models does not appear to have made it into the American-market S8. 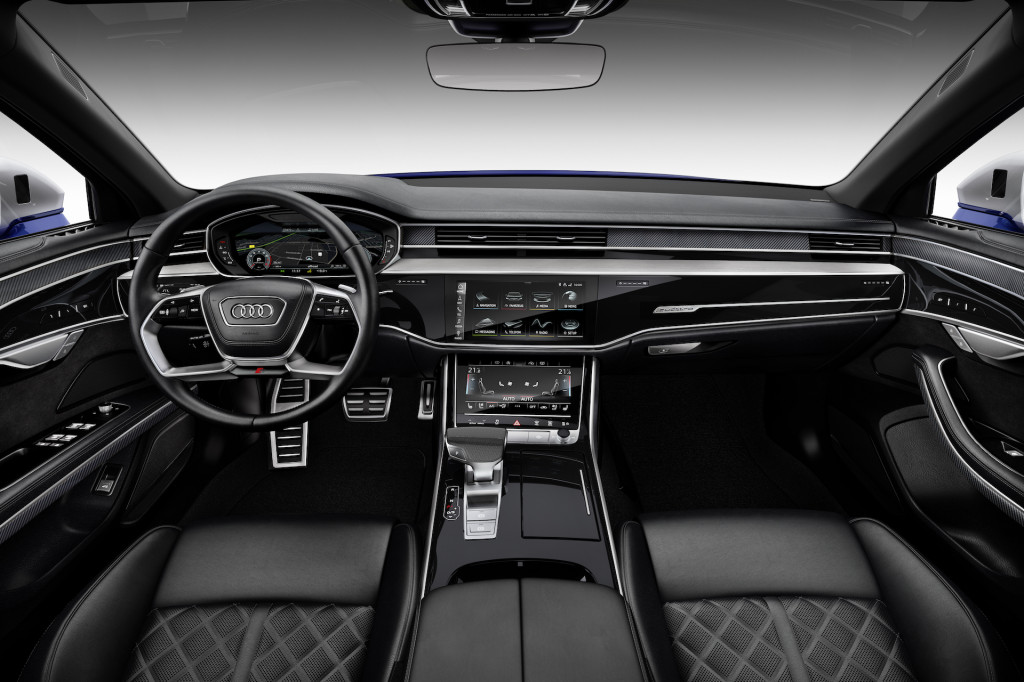 Of course, performance alone is not the hallmark of an Audi—even one in its higher-performance S line. Comfort is key. The S8's predictive active suspension can be dialed in for either performance or comfort, and the 2020 S8 also packs dual-pane acoustic glass, diamond-stitched Valcona leather front sport seats, and a cabin air ionization and purification system with available fragrances.

Outside, the S8 is set apart by quad exhaust outlets, a set of 21-inch, double-spoke wheels, and LED matrix headlights. Audi's "Laser Lights" and OLED animated taillights are available for an extra charge.

Audi's announcement also detailed the rest of the 2020 A8 lineup, from the $86,195 entry model (dubbed the A8 55 TFSI) on up to the range-topping A8 60 TFSI e. The "e" denotes this model as a plug-in hybrid, which is a first for the range here in the United States. Its hybrid powertrain includes a turbocharged, 3.0-liter V-6 paired to an electric motor and a 14.1-kwh battery pack.

With 443 horsepower and 516 lb-ft of torque on tap, this hybrid is anything but mild. Audi says it'll do 0-60 mph in just under 5.0 seconds—more than half a second quicker than the standard V-6 A8. Pricing for this model has not yet been released.

We'll see the 2020 Audi S8 alongside the rest of the lineup in the flesh at the Los Angeles Auto Show next week.

For more information from LA, go to our dedicated hub.