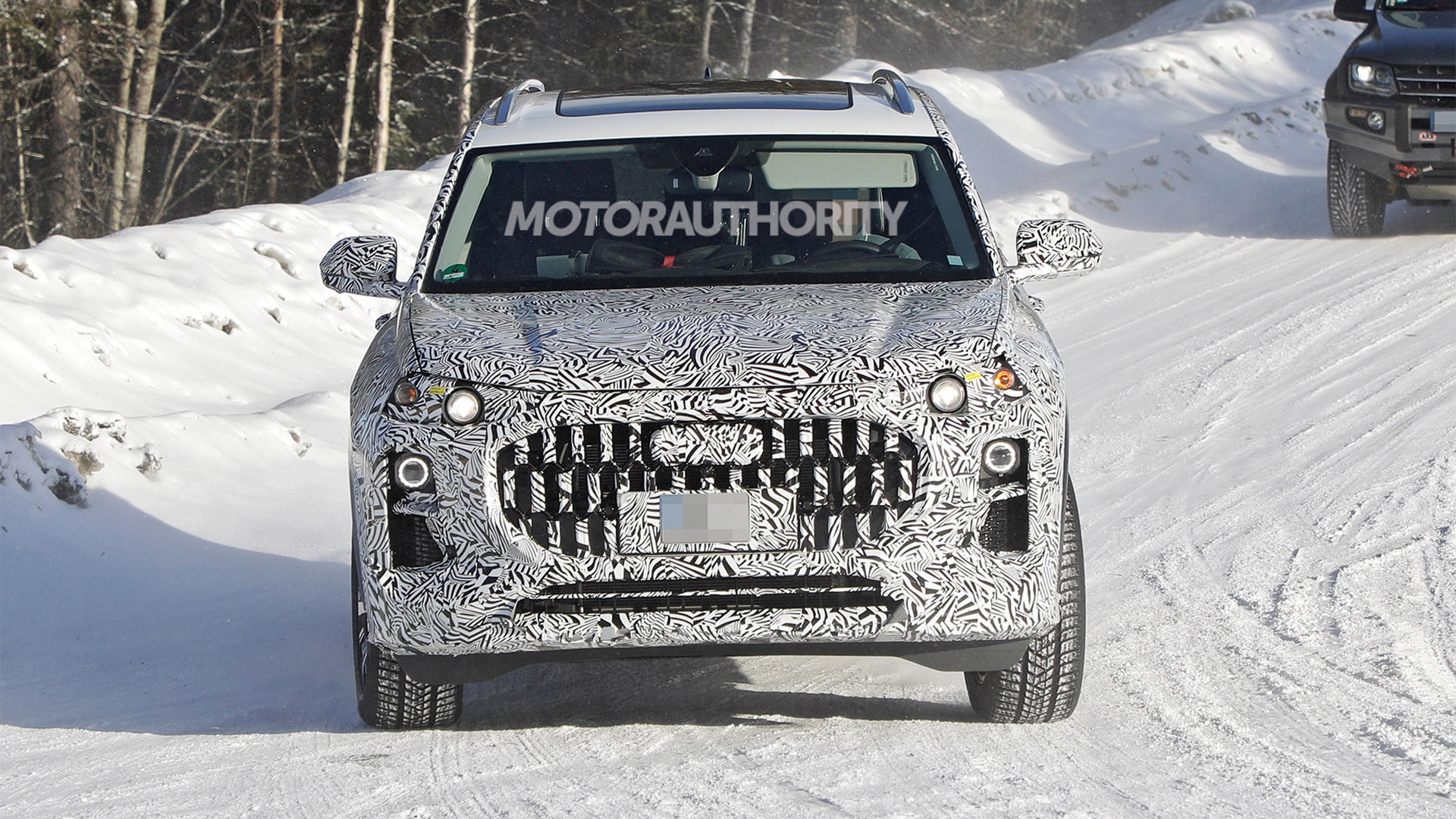 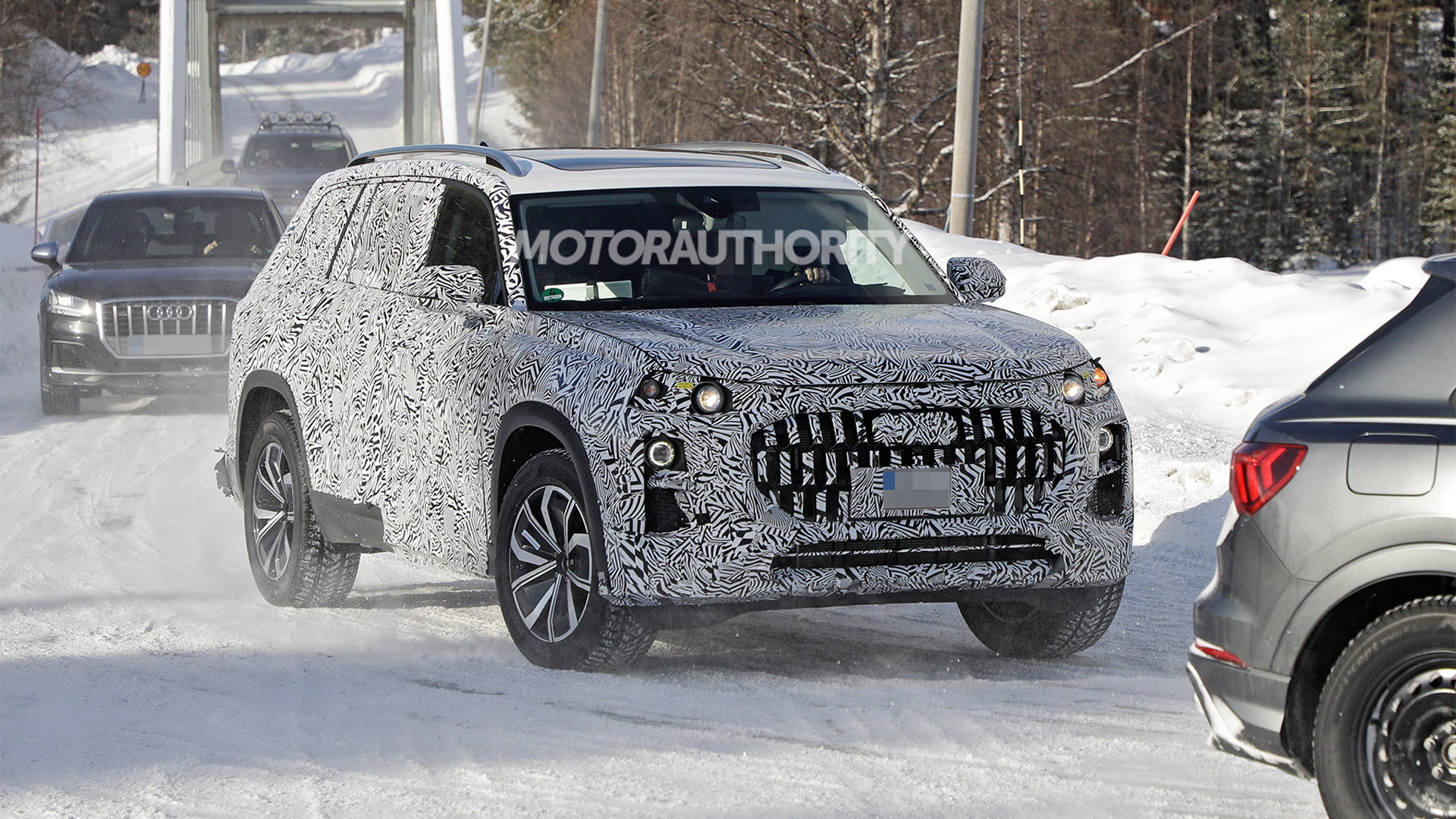 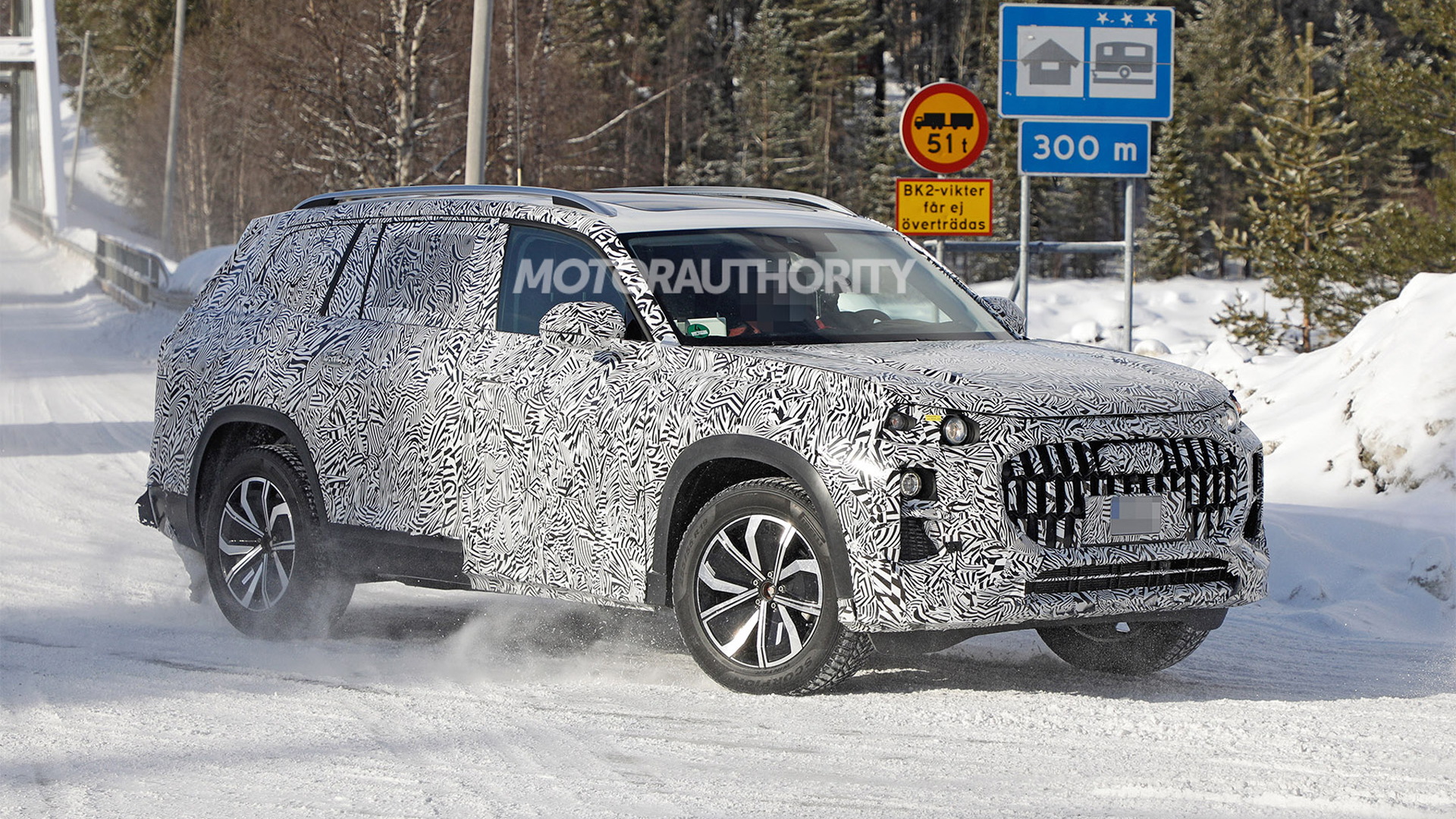 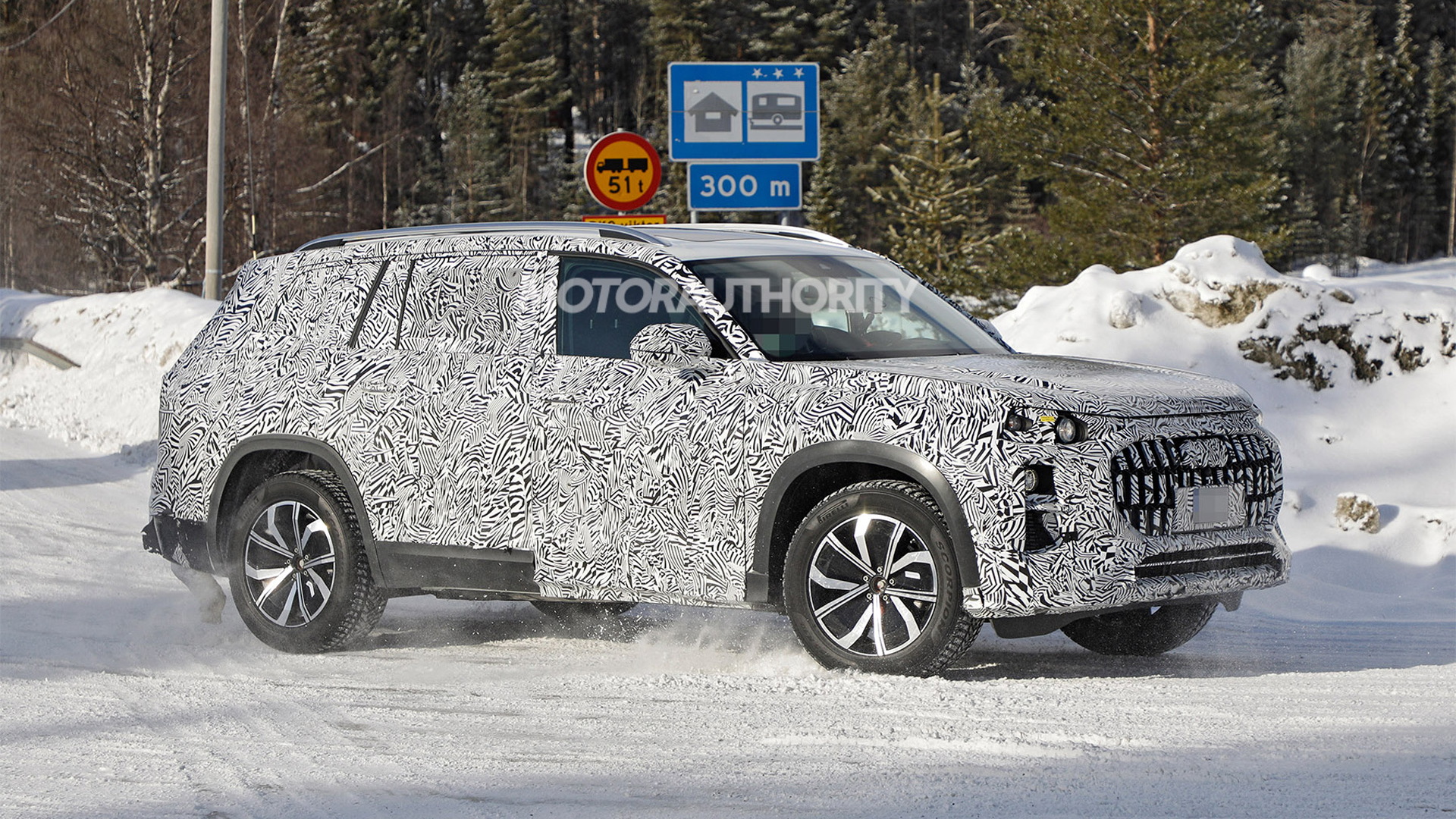 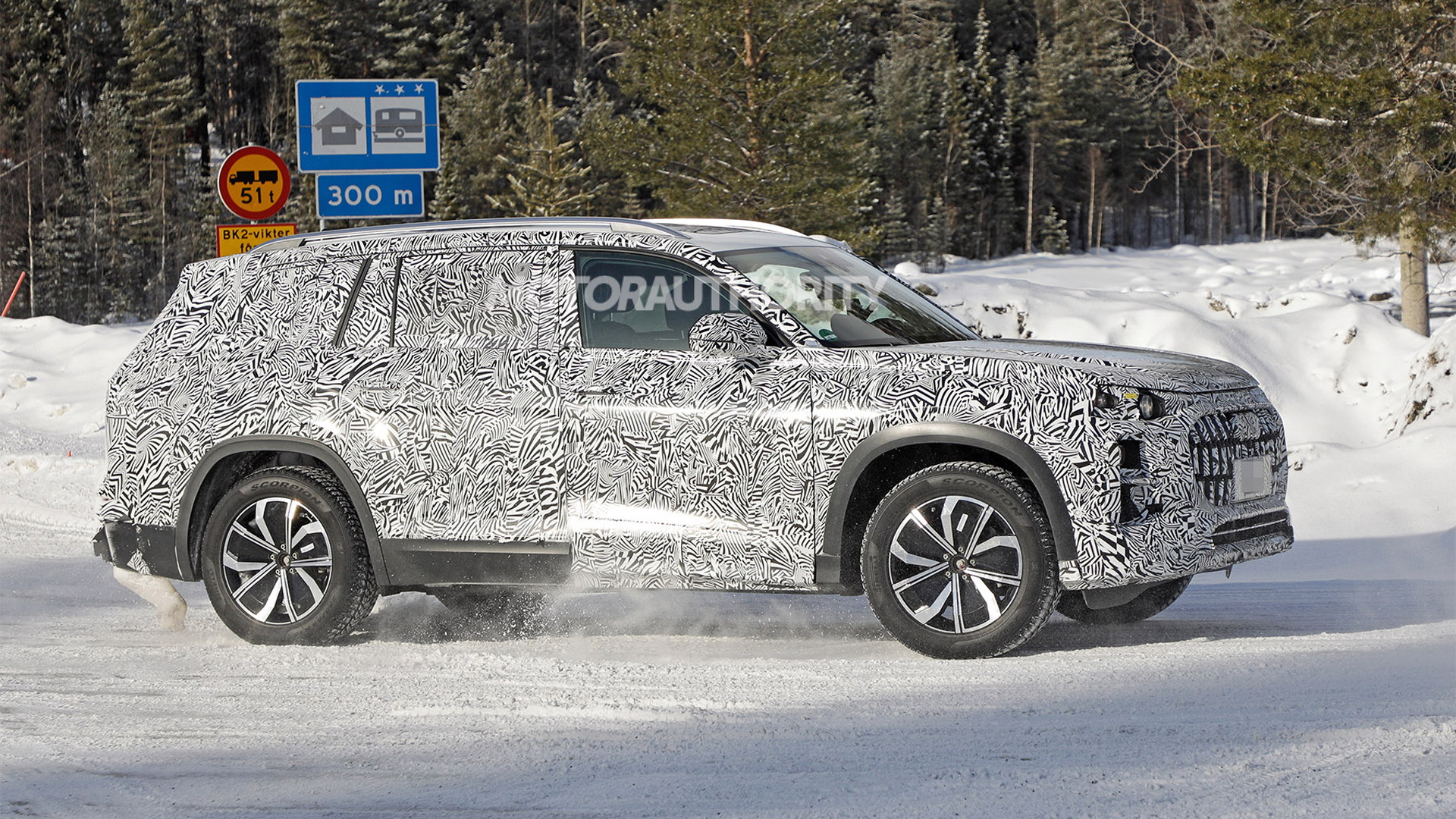 Most of the major luxury brands now offer full-size SUVs but the option is still missing at Audi, though the situation may change in the near future.

A mystery camouflaged vehicle has been spotted as part of a test fleet from Audi and could be an early tester for the first full-size SUV from the brand with the four rings, the oft-rumored Audi Q9.

The makeshift body of the tester is clearly based on the Volkswagen Atlas but the front section is new and features a grille design typical of Audi SUVs. It's possible we're looking at a Q9 test mule built specifically to test the powertrain and associated cooling systems.

If we are looking at a Q9, the early stage of the tester would point to the vehicle not being ready for sale until late 2022 at the earliest. The date points to the SUV arriving as a 2023 model.

This isn’t the first time that we’ve heard of the Q9. Audi filed trademarks for the Q9 name as early as 2013 and Audi executives have previously hinted at the need for an SUV bigger than the Q7 and Q8. The reason is strong demand for premium full-size SUVs coming out of China, the Middle East and of course here in the United States. Even Jeep plans to join the fray shortly with the new Grand Wagoneer.

Don't be surprised if additional Volkswagen Group brands launch their own full-size SUVs to help spread the investment cost of any Q9. Bentley CEO Adrian Hallmark last year hinted strongly that an SUV will fill the void of the Mulsanne as the brand's future flagship, and Volkswagen in 2016 rolled out the T-Prime Concept GTE and confirmed plans for a production model. The T-Prime is a full-size SUV measuring 11 inches longer than the latest Touareg.