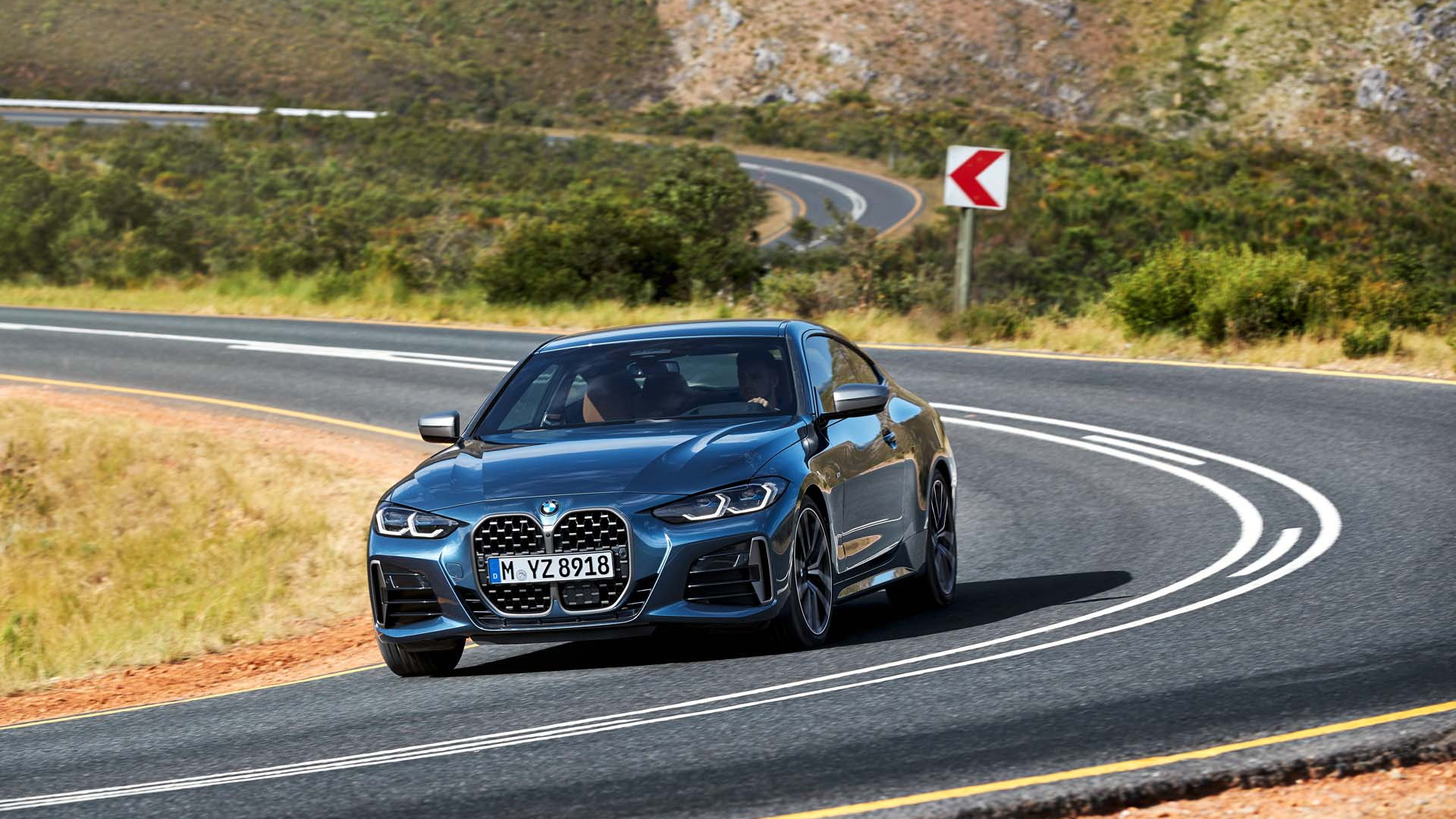 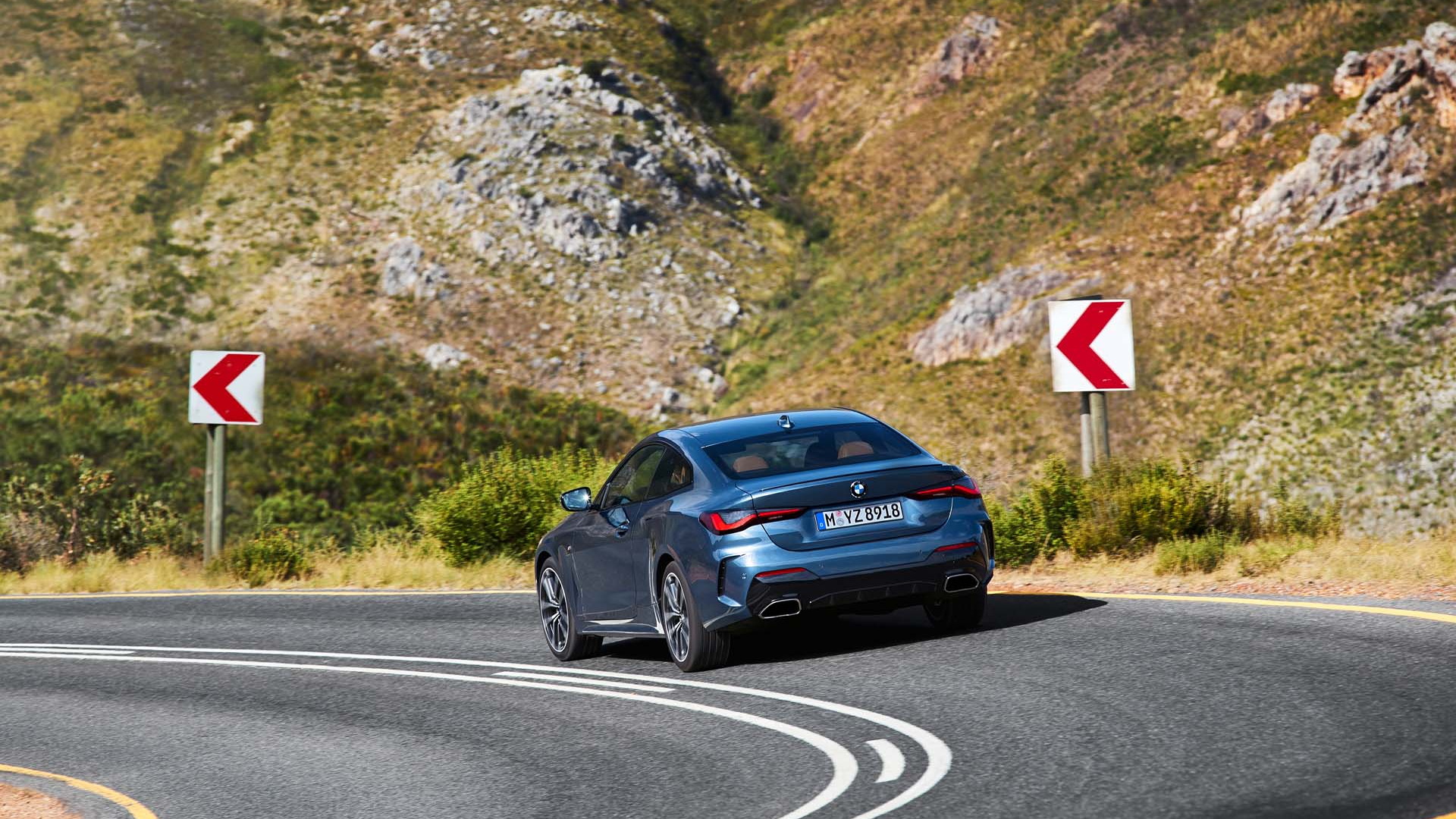 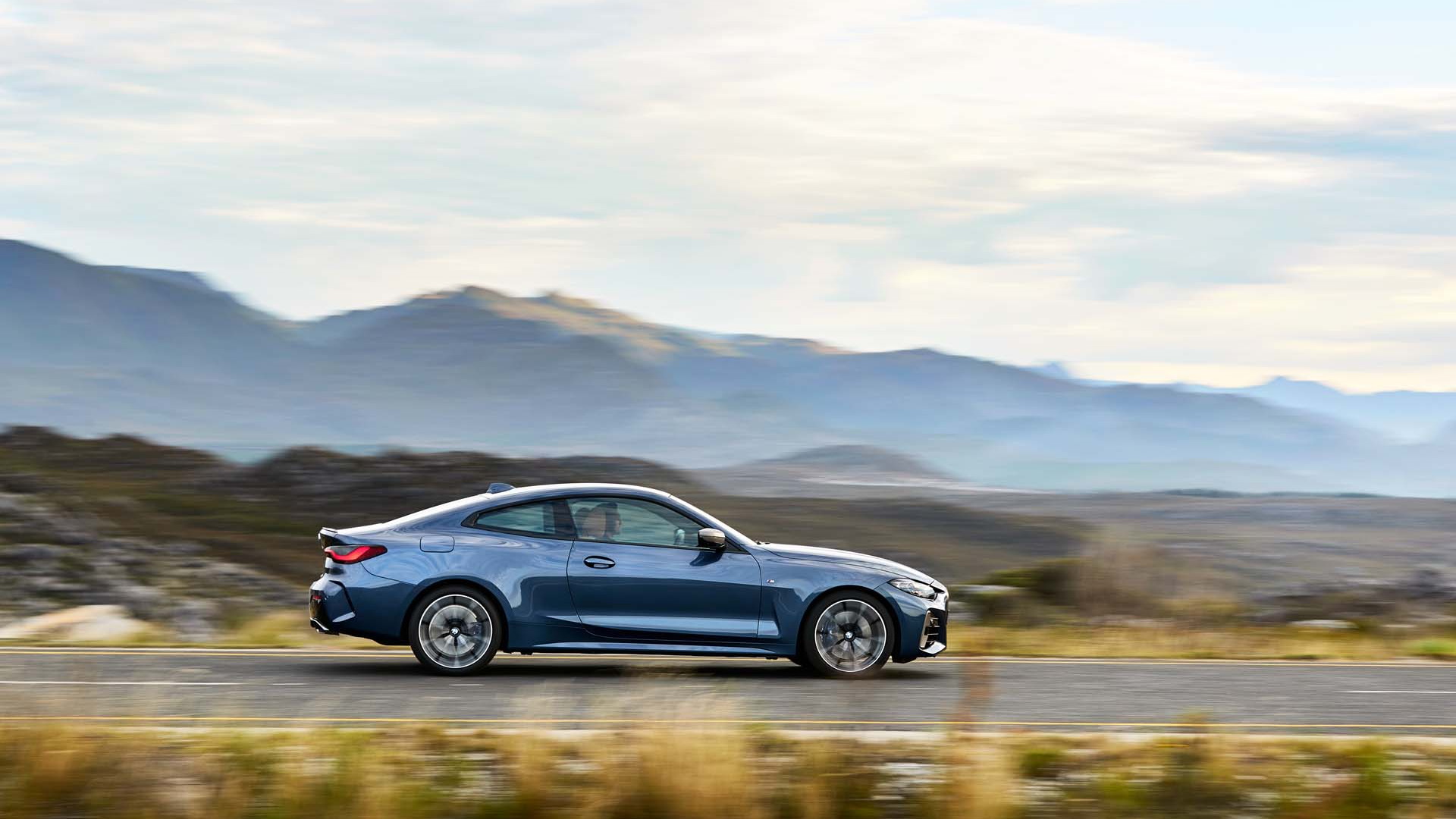 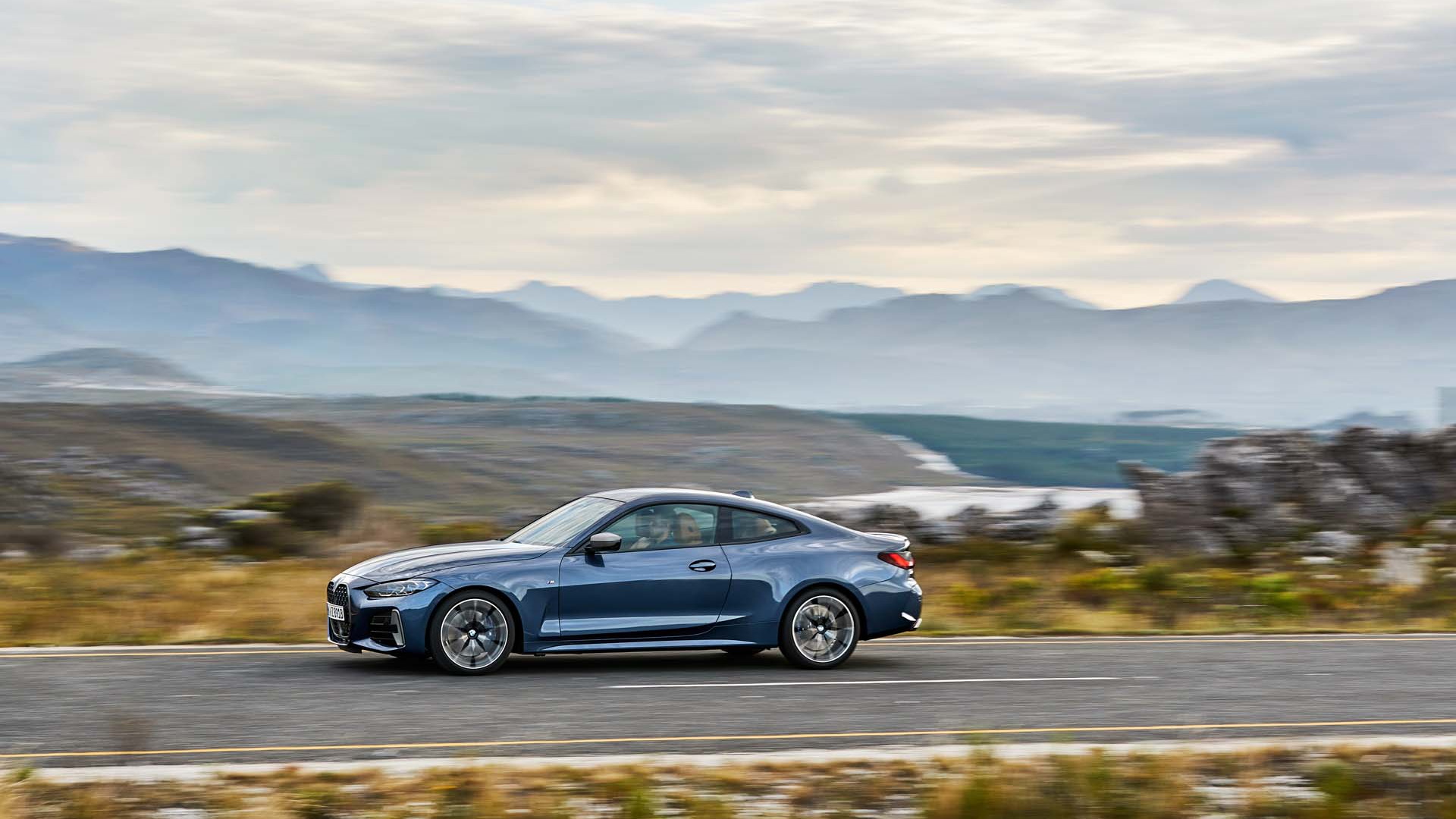 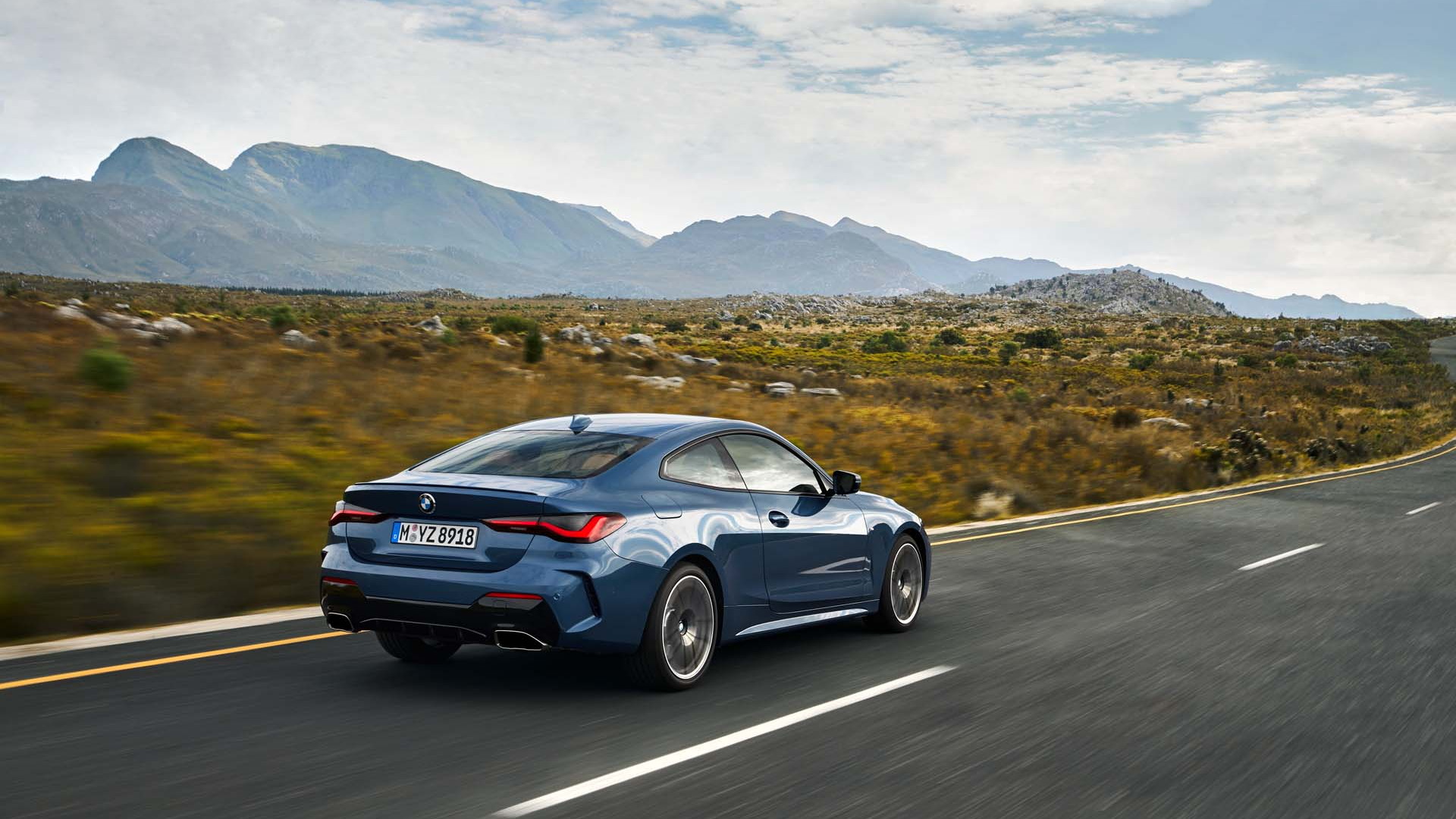 Also available at launch will be an M440i with standard all-wheel drive and a starting price of $‭59,495‬. All figures include destination charges.

A new 4-Series Convertible, 4-Series Gran Coupe, and high-performance M4 are also in the works. There is also a new i4 battery-electric sedan that is confirmed for launch sometime in 2021, meaning we'll likely see it arrive as a 2022 model.

The designers have gone with an evolutionary look for most of the 4-Series' styling, though there's a new and rather dramatic take on traditional kidney grille, one that sees the kidneys stretched so they run from the hood all the way down to the front splitter. The look was previewed last year on the Concept 4 and takes inspiration from sporting BMWs of the past like the pre-war 328 and 3.0 CSi of the 1970s.

Beyond the styling, the new 4-Series represents a solid upgrade over what was already an impressive car. The new 4-Series is based on BMW Group's CLAR modular platform, but features specific tweaks to give it its own character. For example, compared to the 3-Series sedan also based on the CLAR platform, the 4-Series in coupe guise is 2.2 inches longer, 2.2 inches lower, and has a 1.0-inch wider track. It also comes with additional body reinforcements for improved stiffness and rigidity.

The 4-Series also benefits from less aerodynamic drag, more negative camber, and sportier tuning of the suspension, steering and brakes to help deliver a sharper, more focused driving experience. According to BMW, the 4-Series' agility and lateral acceleration are significantly improved compared to the 3-Series, which should result in better overall handling.

In the powertrain department, the 430i comes with a 2.0-liter turbocharged inline-4 delivering 255 horsepower and 294 pound-feet of torque. The M440i has a 3.0-liter turbocharged inline-6 and mild-hybrid system good for 382 hp and 364 lb-ft. The mild-hybrid system temporarily boosts output by 11 hp. It consists of an integrated starter motor and generator that is able to recover energy under braking.

The sole transmission available is an 8-speed automatic, though we know a manual will eventually be offered on the M4. BMW hasn't said what will power the M4 but it should come with the same 3.0-liter twin-turbocharged inline-6 code-named the S58 that debuted in the 2020 BMW X3 M and X4 M. Rumor has it the engine will be detuned in models equipped with a manual transmission and rear-wheel drive, whereas automatic-equipped cars, which will come with all-wheel drive as standard, should have something close to 473 hp. A more powerful M4 Competition with 503 hp should also be coming, along with eventual track-focused CS and CSL models.

As for the i4, it will feature a battery-electric powertrain that will deliver 523 hp, making it the most powerful member of the 4-Series family. An 80-kilowatt-hour battery in this model should also deliver over 250 miles of range on a charge.

The bigger size of the 4-Series over the 3-Series isn't the only way BMW is differentiating the two models. The layout of the 4-Series' center console is unique, and so is the design of the shifter. An analog instrument cluster is standard but a fully digital cluster with a 12.3-inch display is available and really should be standard on a car in this price range.