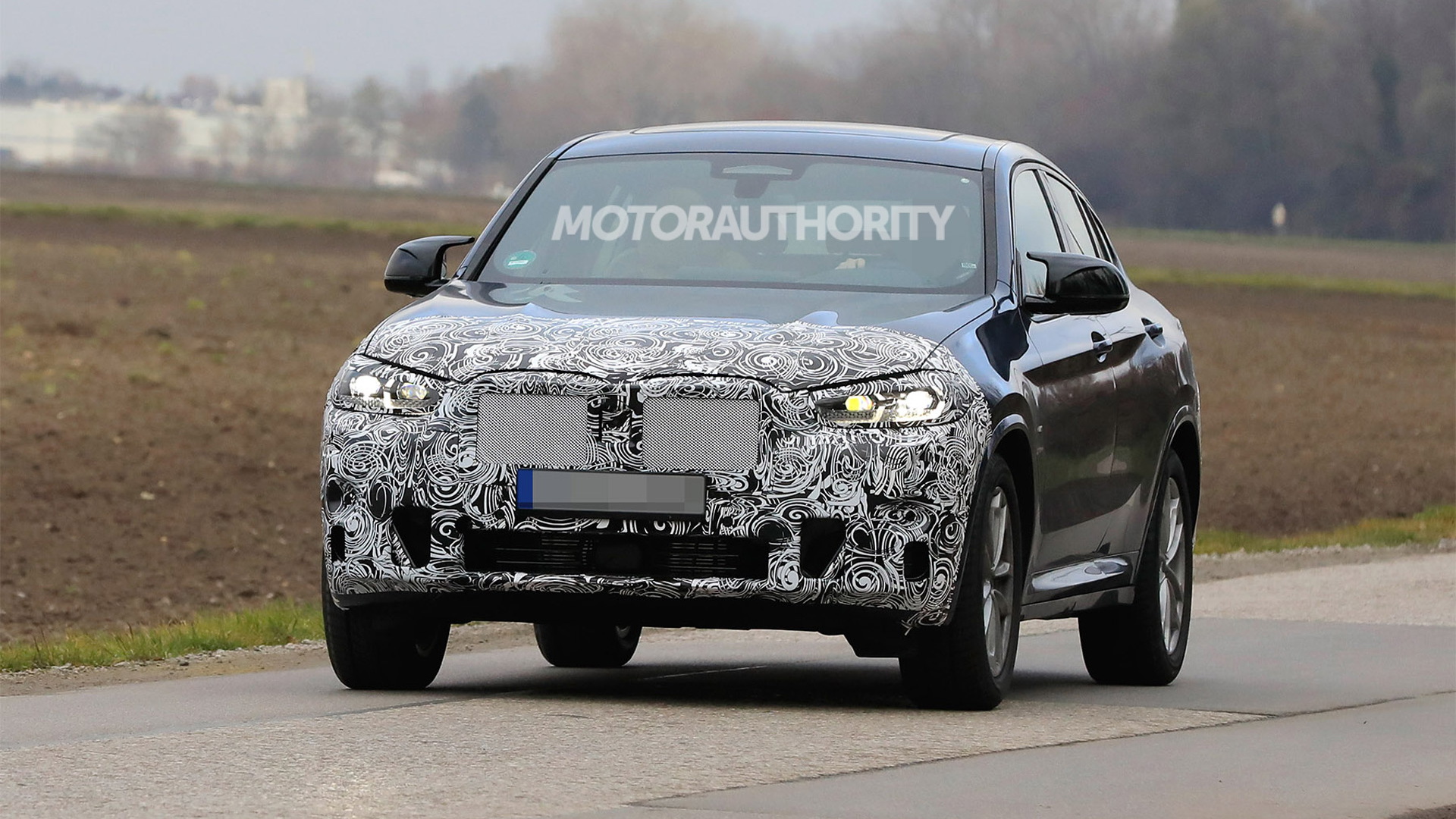 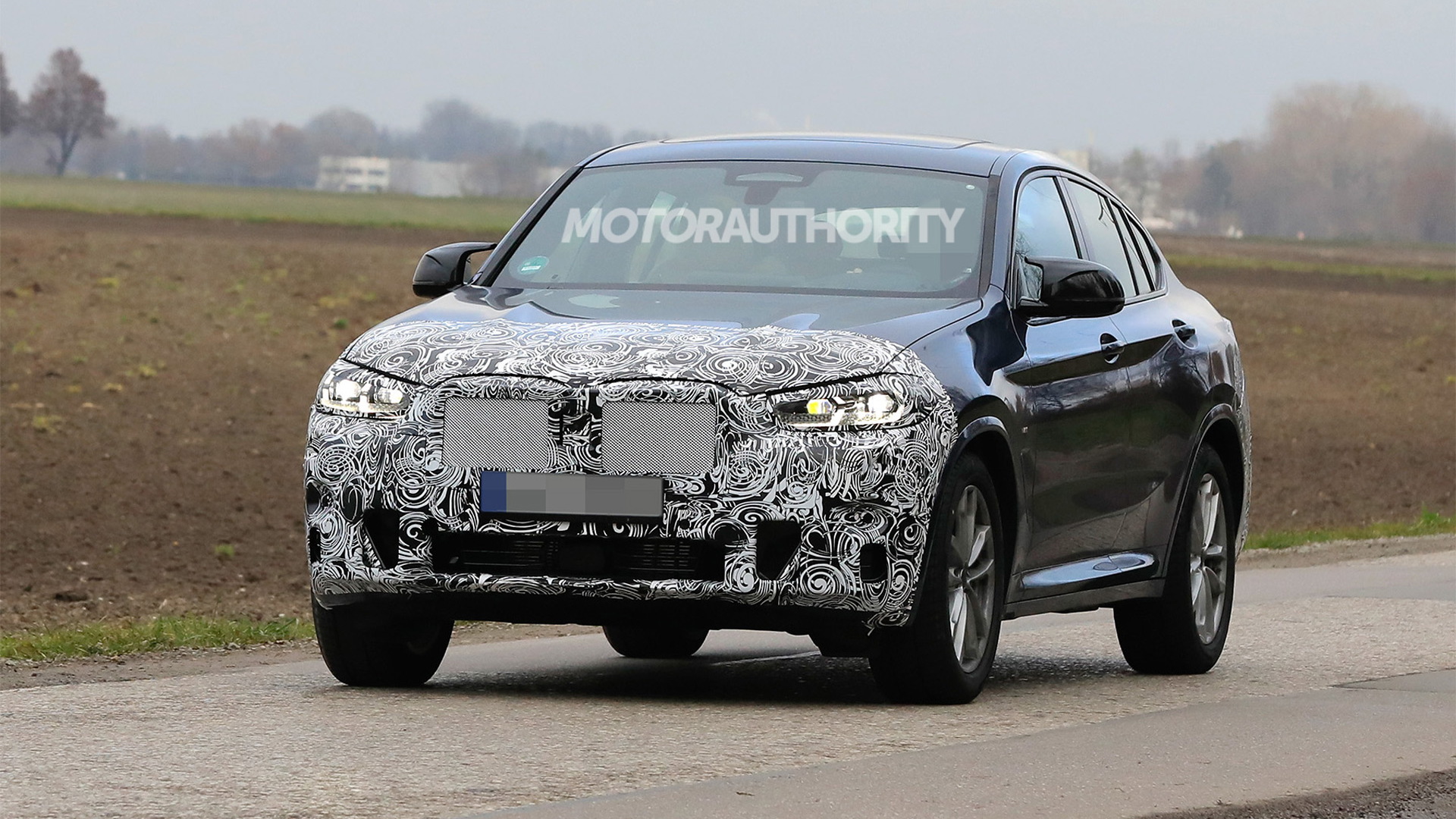 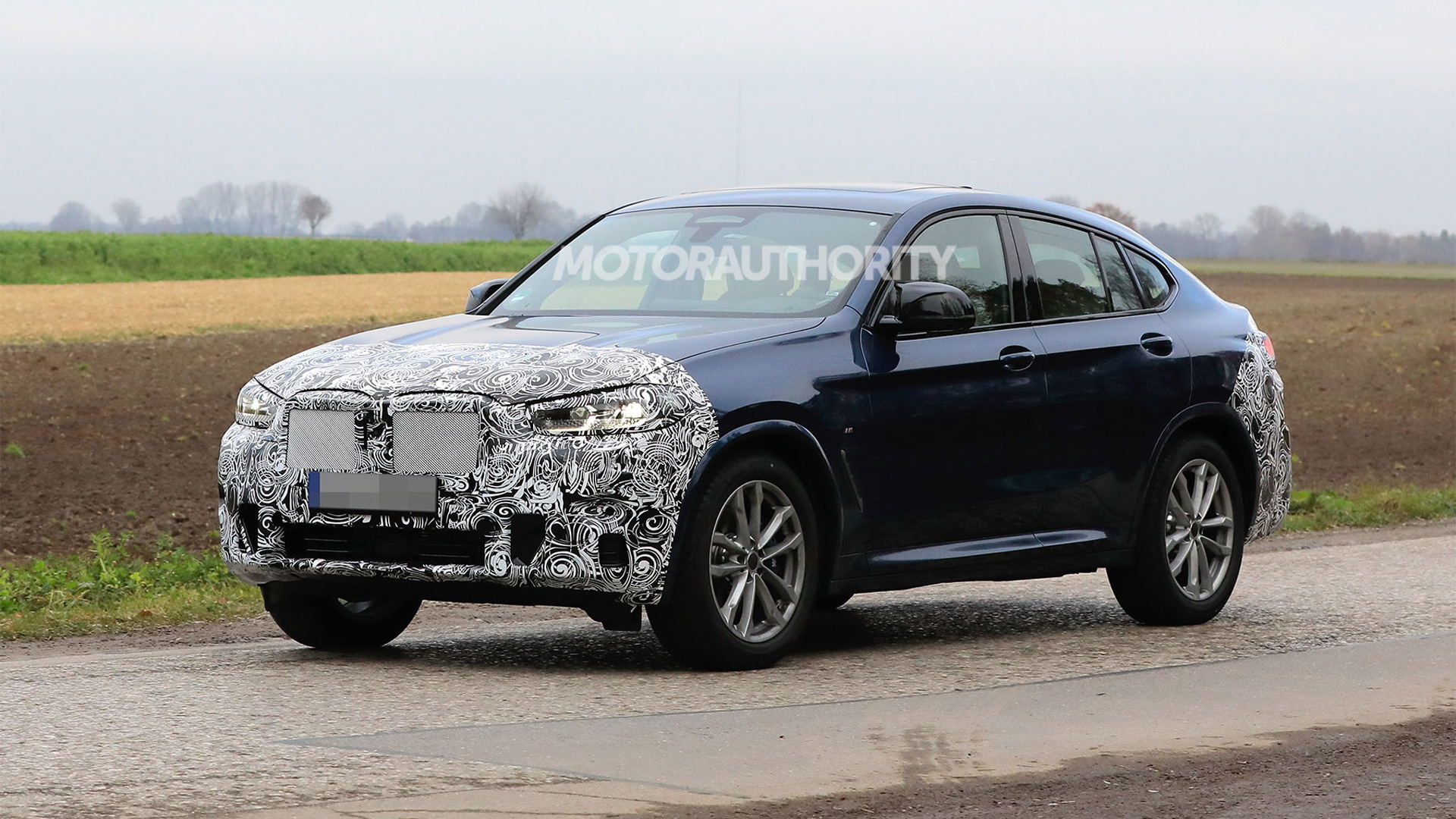 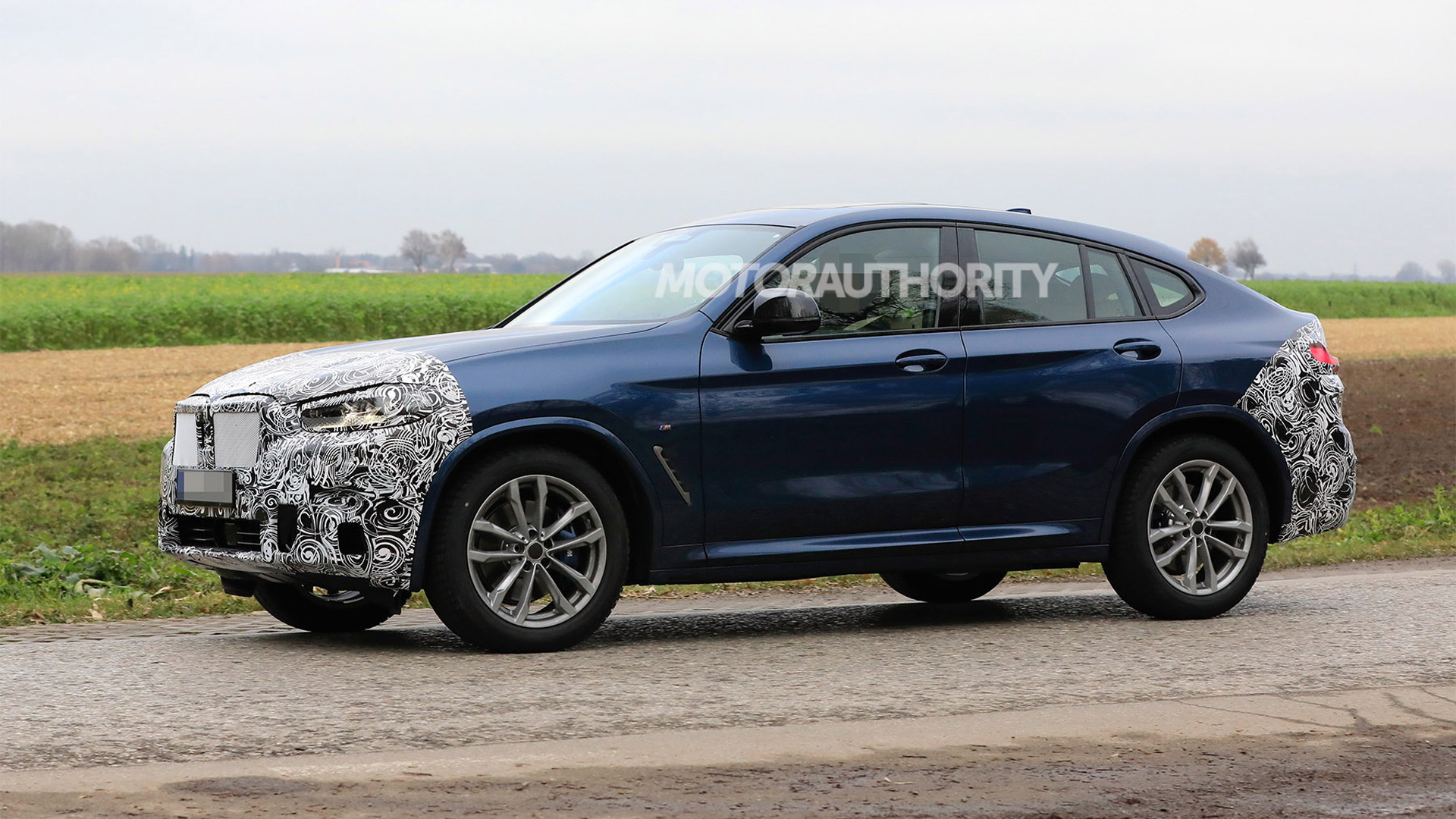 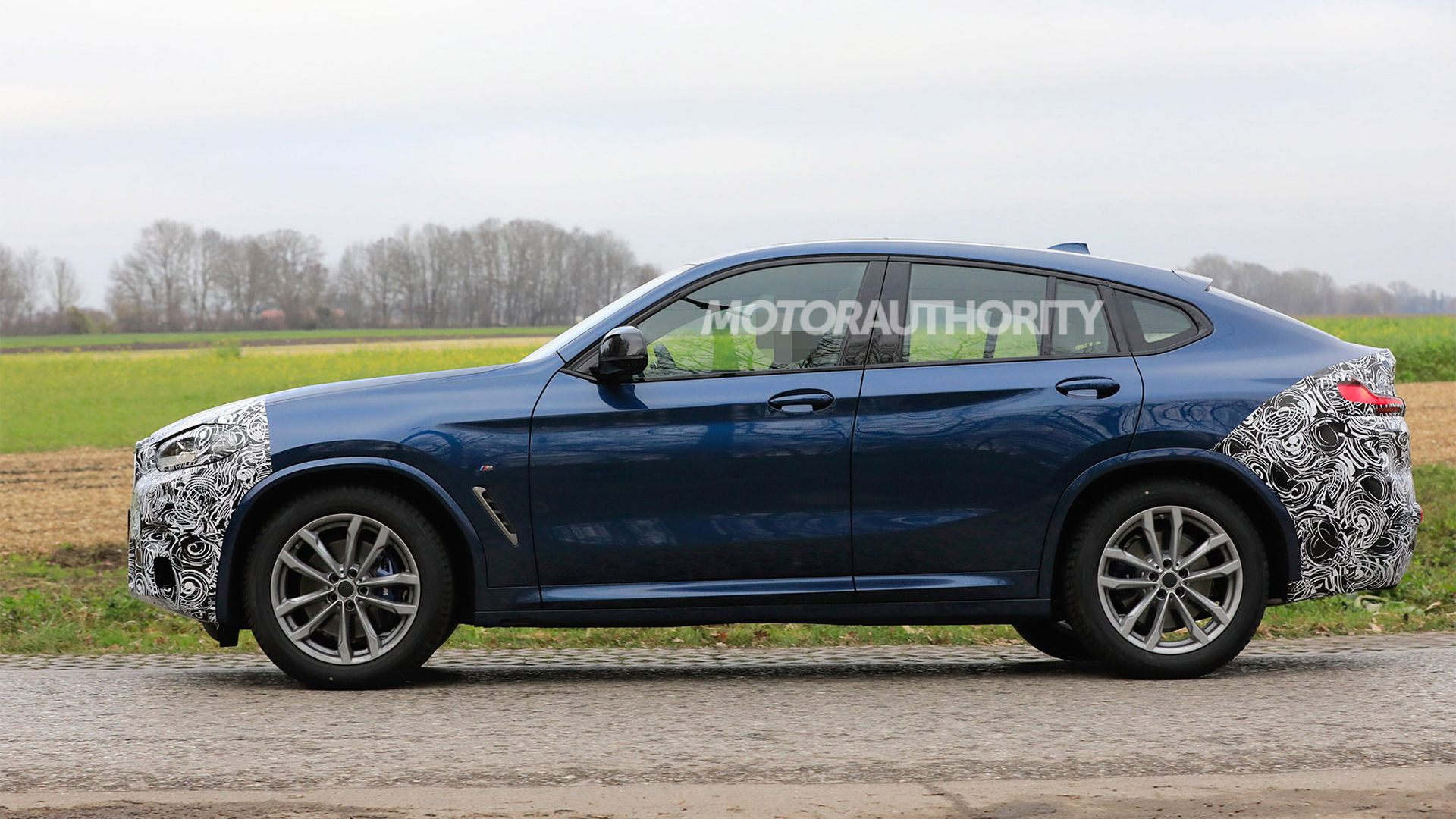 Prototypes for an updated version of the BMW X4 have been spotted testing in Germany.

The current second-generation X4 arrived in 2018 as a 2019 model. It will soon be approaching the midway point in its life cycle and in BMW tradition will be given a mild update. The related X3 is also about to be updated. Both small SUVs are expected on sale in the second half of 2021 as 2022 models.

Camouflage gear on the prototypes suggest new designs for the front and rear fascias, a new grille, and tweaks to the internals of the head and taillights. We can't spot the interior but a larger infotainment screen is expected. The screen in the current X4 is a maximum 10.25 inches.

Sales of the X4 are only a fraction of those of the much more popular and practical X3. Sales in the United States reached about 8,800 in 2019 versus 70,000 for the X3. Despite this, BMW is likely to continuing offering the vehicle for those buyers willing to sacrifice a little space for looks.

Production of the X4 is handled at BMW's plant in Spartanburg, South Carolina. Rivals include the Alfa Romeo Stelvio, Mercedes-Benz GLC-Class Coupe, Porsche Macan, and a new Audi Q5 Sportback.