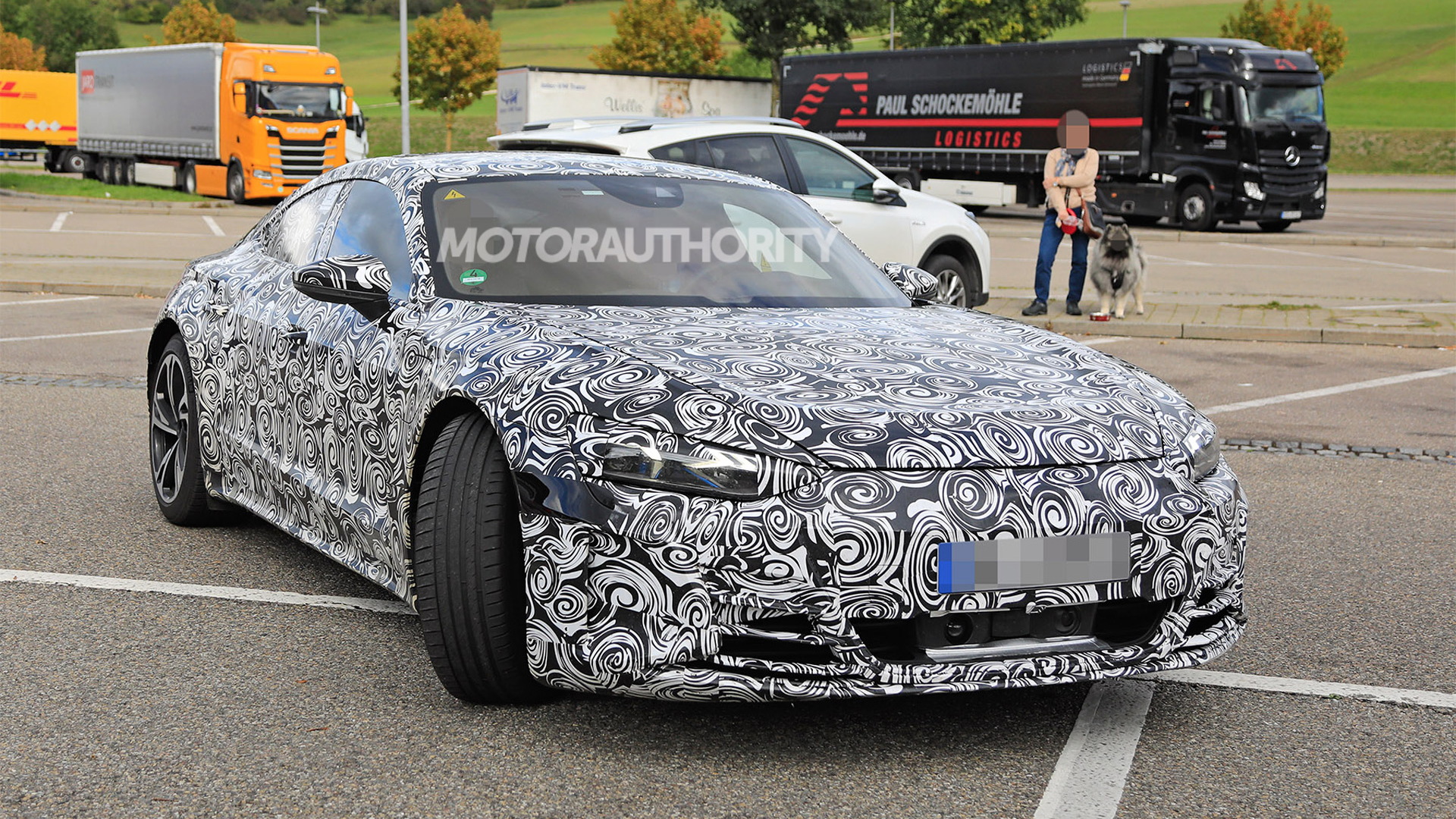 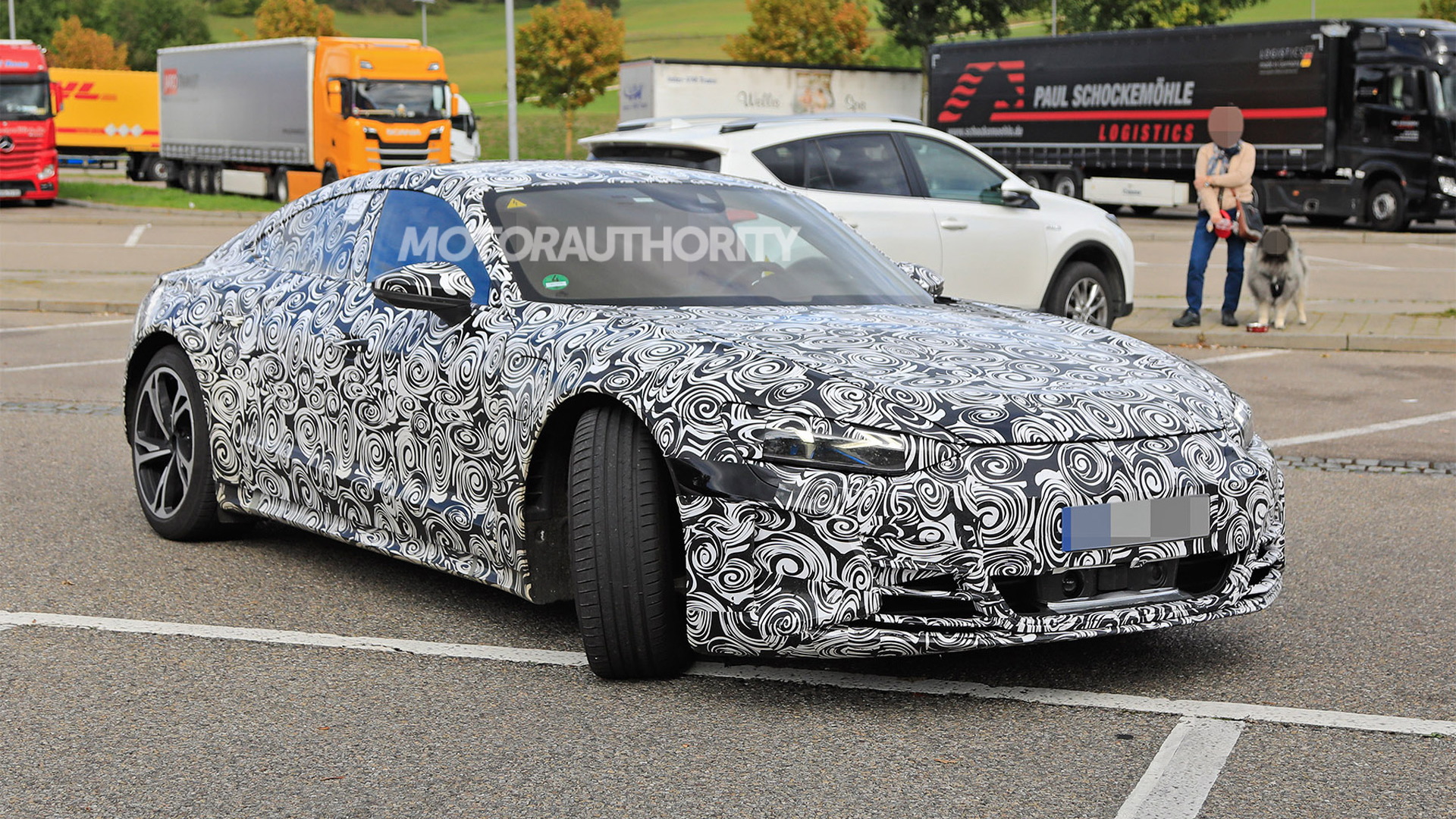 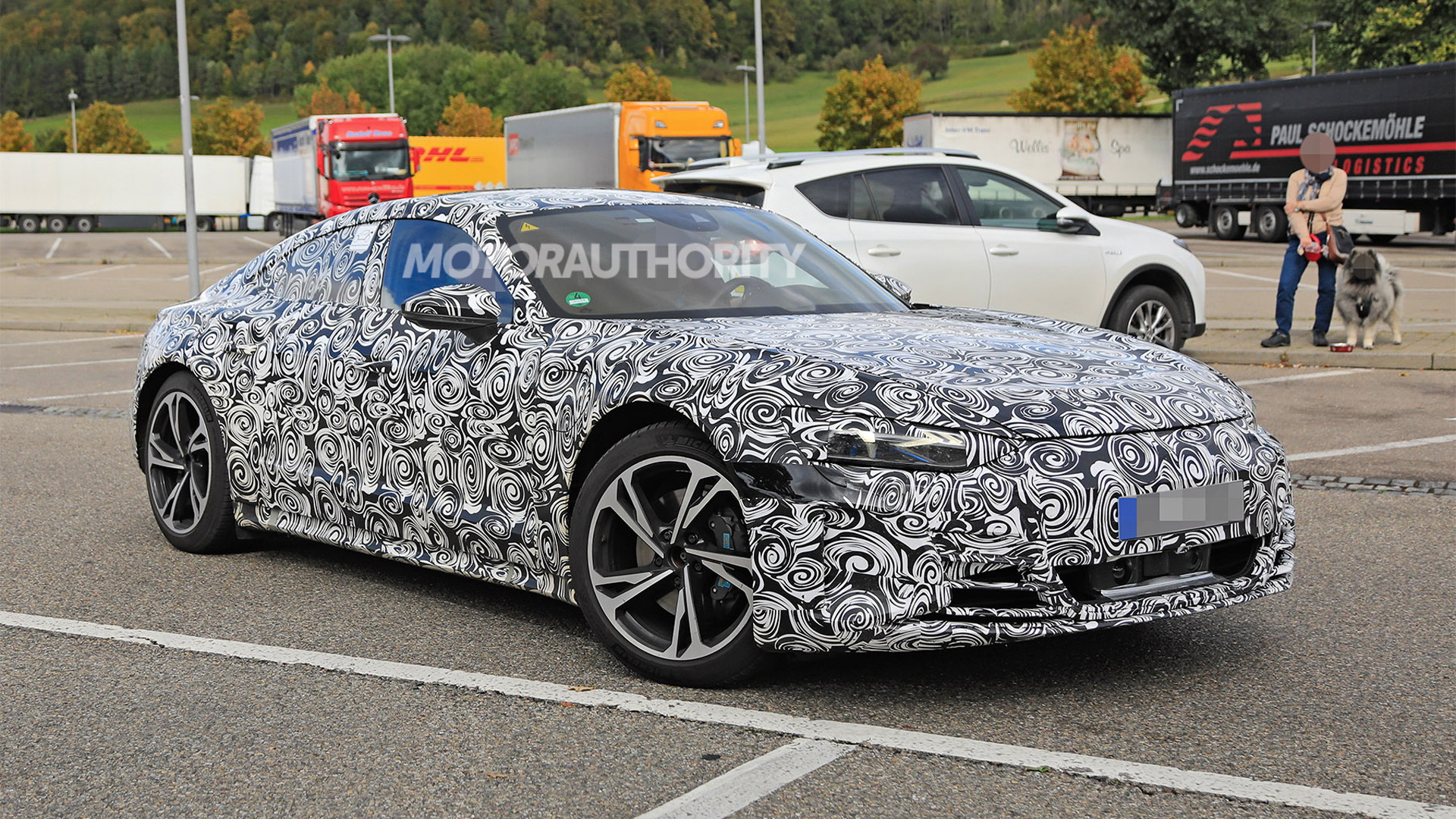 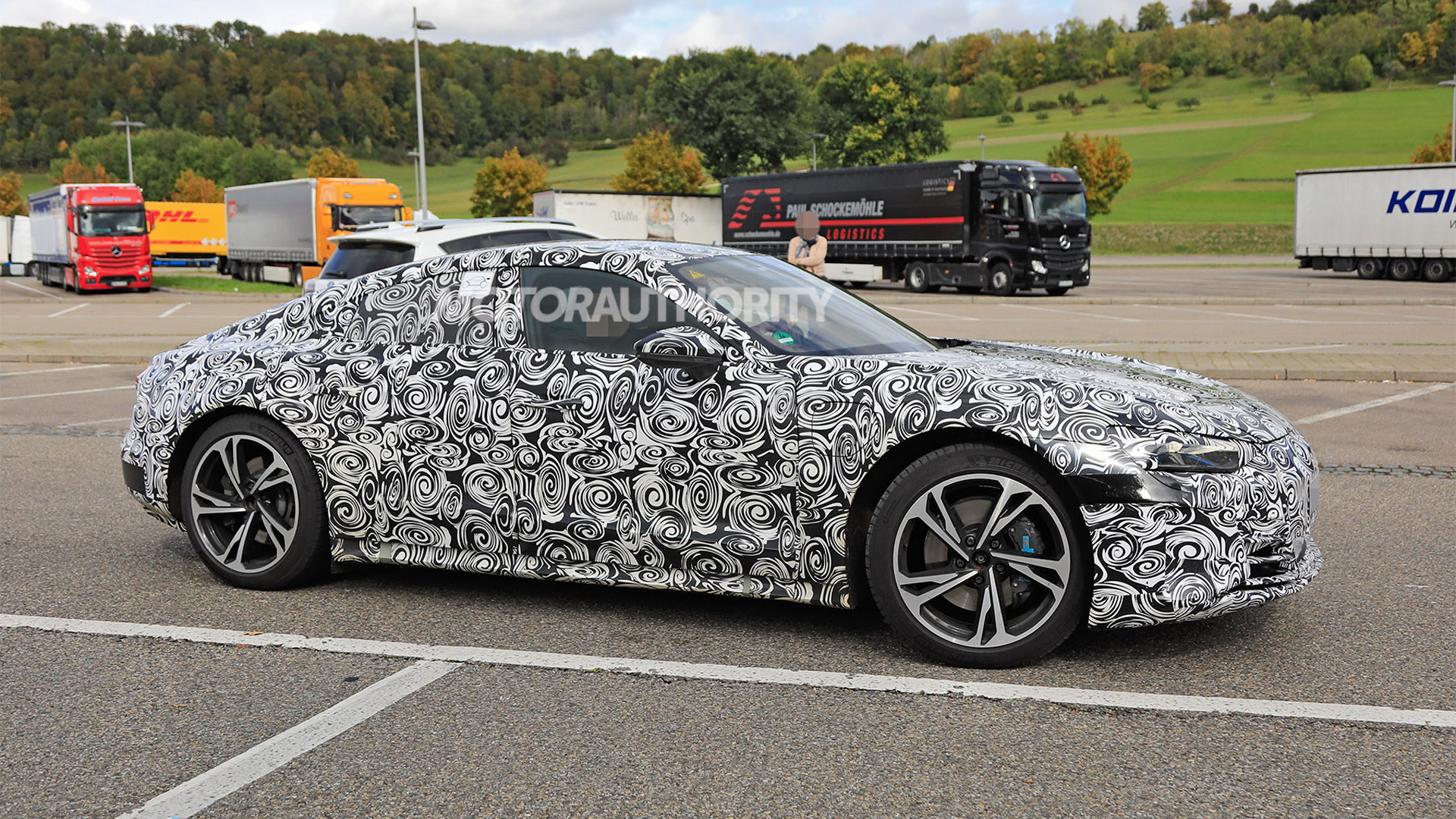 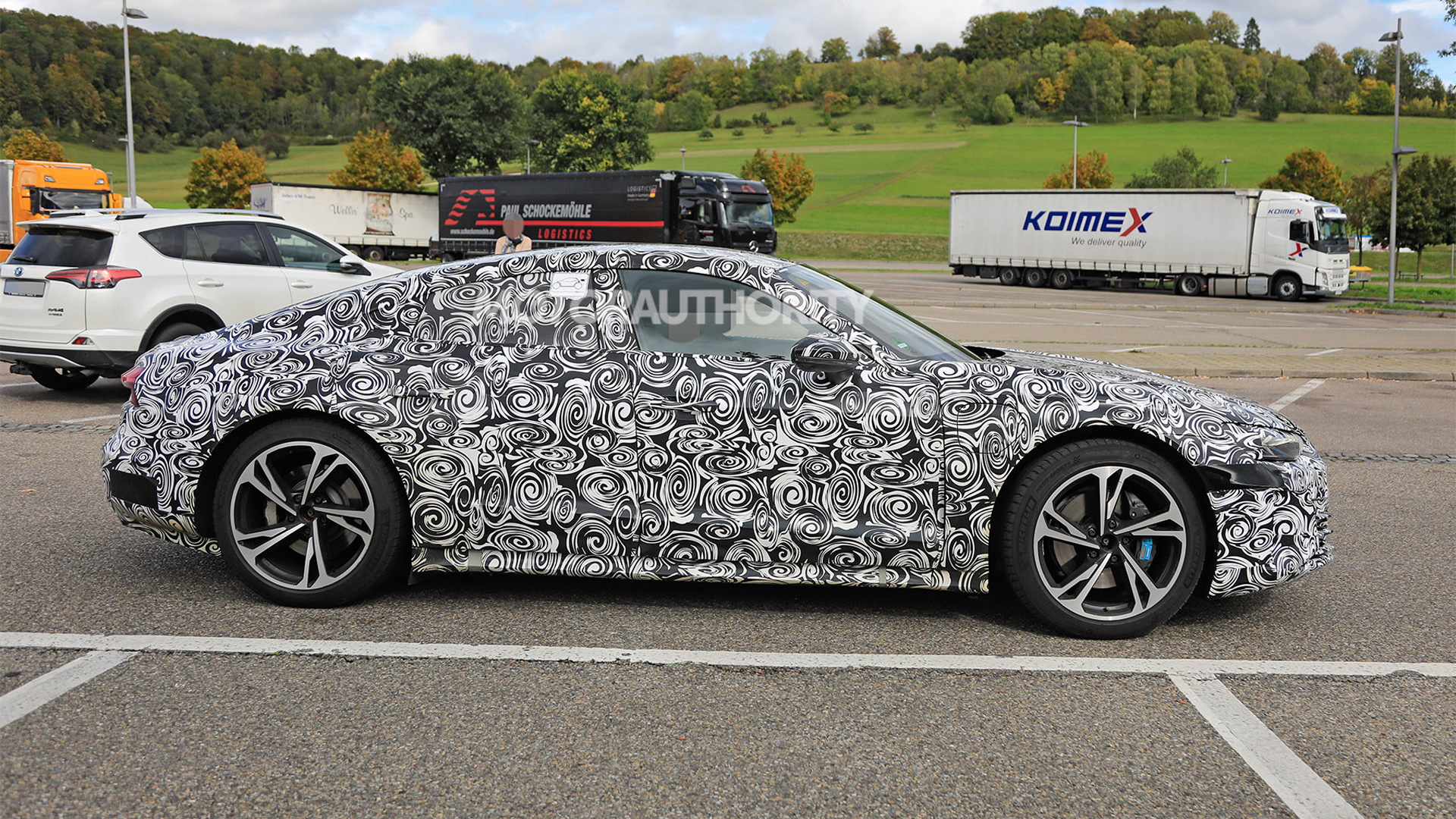 Audi's electric super sedan based on the Porsche Taycan's platform has been spotted in prototype form.

The car is the production version of 2018's E-Tron GT concept, and we'll see it on sale in 2021 likely as a 2022 model. The debut is coming up soon as the first customer examples are already in production.

The original E-Tron GT concept had a low-slung, sexy look. It's no surprise that the designers have faithfully transferred the concept's lines over to the production version. It's something Audi design chief Mark Lichte pretty much confirmed at the concept's debut.

The prototype sports the same squinty headlights, a similar grille shape (which Audi refers to as a "sensor array" since a grille isn't needed for an electric car), and the same taillights that span the width of the car.

For the powertrain, the E-Tron GT at launch will feature a 235-horsepower front motor and a 449-hp rear motor that will combine to produce 590 hp and up to 640 hp in an overboost mode, and all-wheel drive. The front motor will have its own single-speed transmission and the rear motor will have a 2-speed gearbox, just like the Taycan.

The battery will be an 83.7-kilowatt-hour (net) unit that should deliver at least 200 miles of range with mixed driving. It isn't clear if there will be multiple grades for the E-Tron GT, like Porsche does with the Taycan, but there's a good chance we'll see more than one.

Audi has also crafted unique sounds for the E-Tron GT, not only to add to the emotional experience but also to warn pedestrians. There will be a standard external speaker setup to meet safety regulations for EVs, but Audi will also offer a more emotional package as an option.

Interestingly, Chris Reinke, head of Audi Sport's customer racing program, has hinted that we might also see the E-Tron GT serve as the basis of a customer race car for the GTX World Tour, a race series with separate classes for battery-electric, hydrogen-electric, plug-in hybrids, and eventually self-driving cars that has been proposed by the Stephane Ratel Organization. An exhibition event for the proposed GTX World Tour is planned for Europe in 2021.

Production of the E-Tron GT is being handled at the specialist Böllinger Höfe plant near Audi's main plant in Neckarsulm, Germany. It's where the automaker currently builds the R8 supercar.