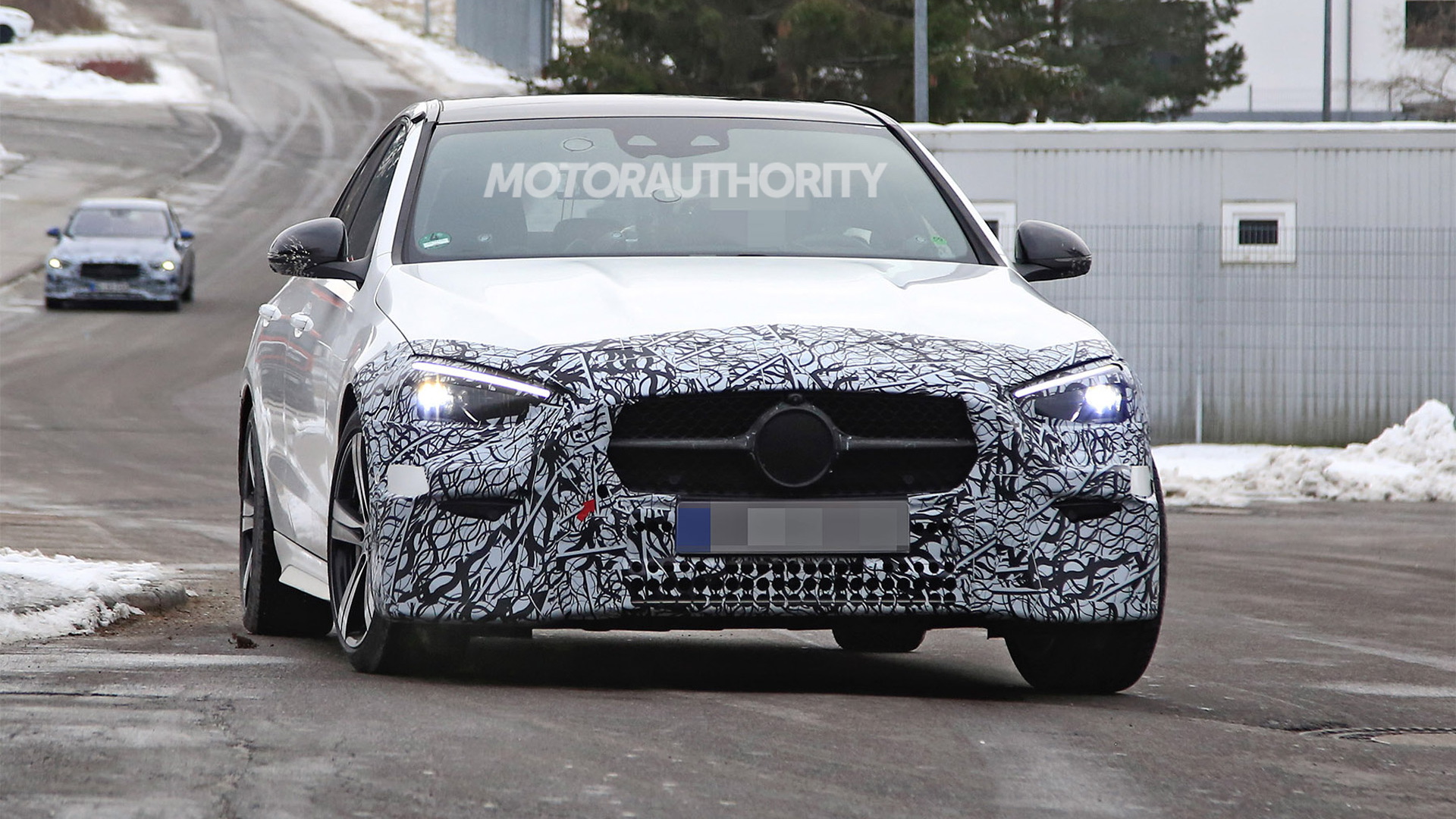 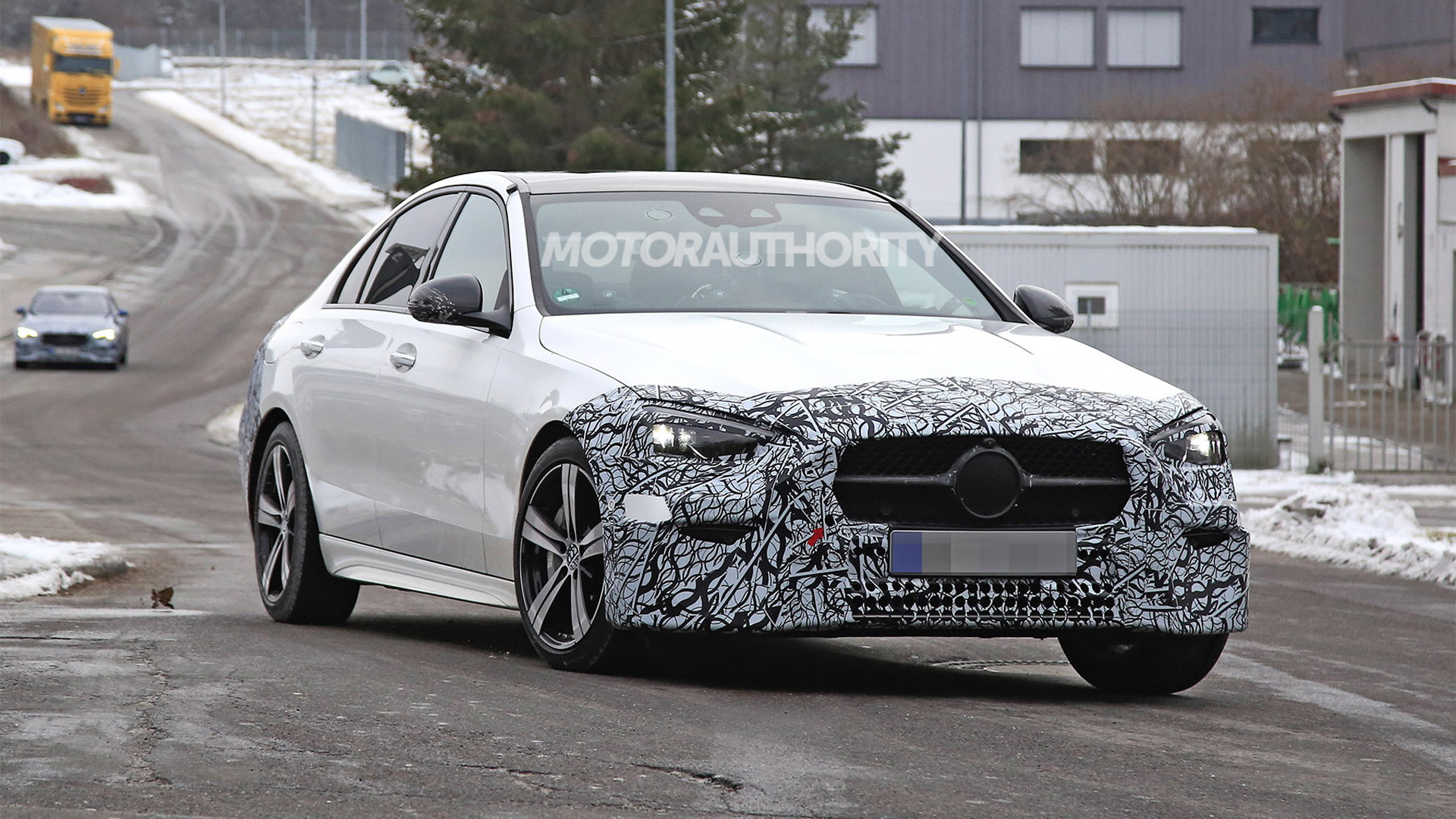 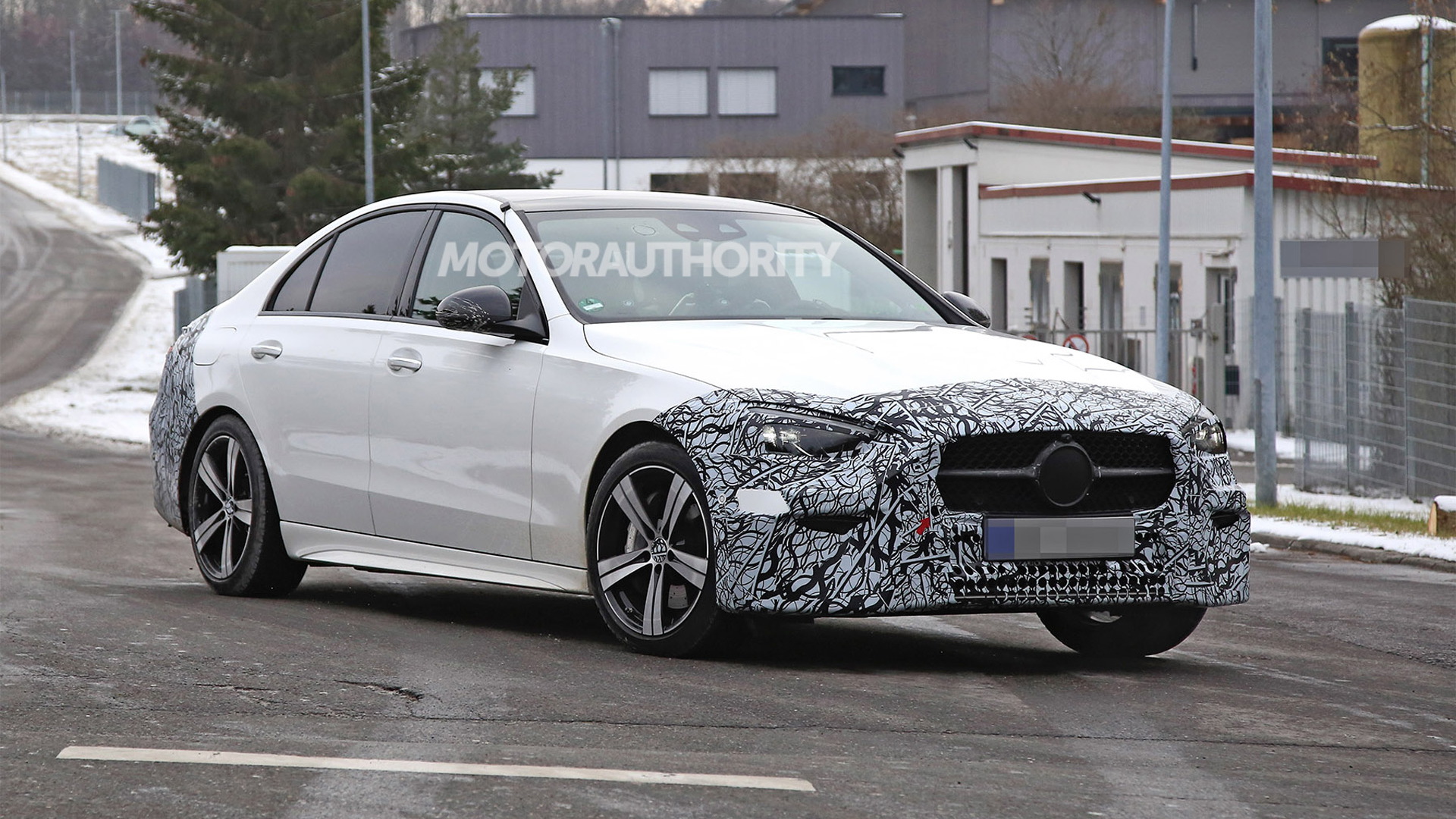 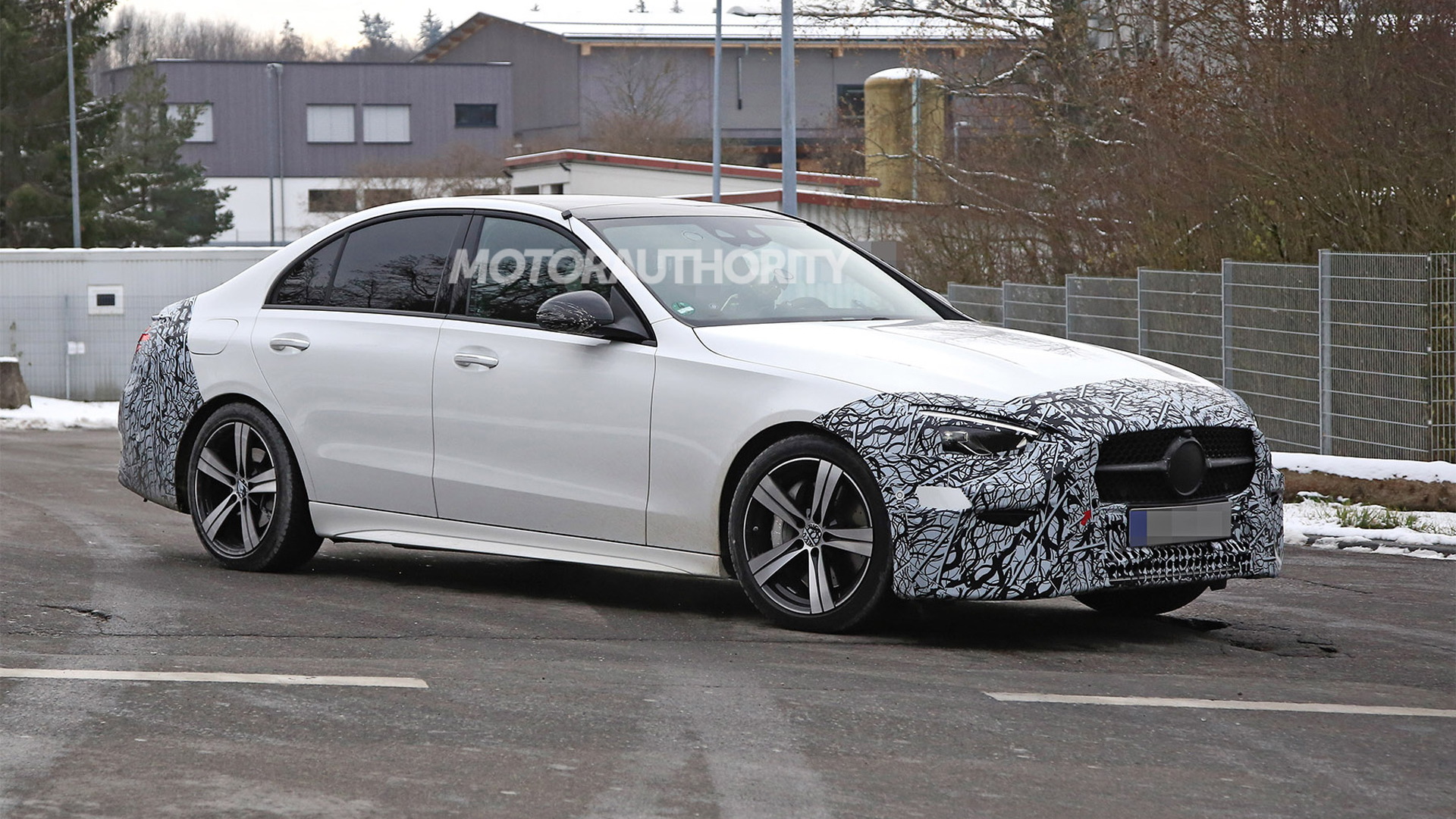 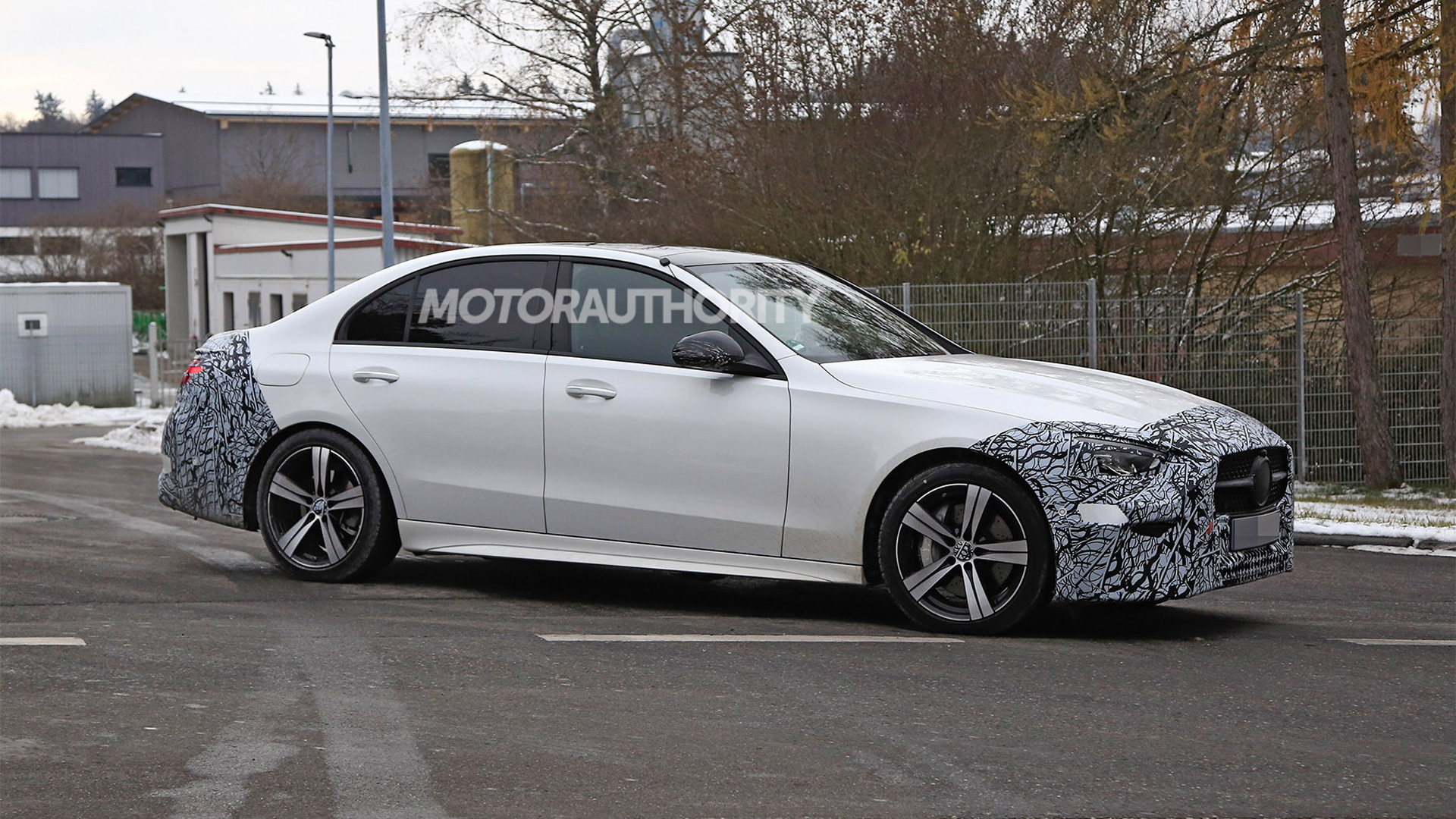 The current Mercedes-Benz C-Class only underwent its mid-cycle update for 2019 but prototypes for the next-generation model have been testing for a while.

Our latest spy shots and video show some of the more advanced prototypes for the new C-Class which we expect on the market in 2021 as a 2022 model. Prototypes for the C-Class wagon destined for overseas markets are also testing.

The latest testers have lost a lot of the heavy camouflaged seen previously, revealing a car with a similar size and proportions to those of the current C-Class. The front looks to sit lower however, which lends the redesigned model a sportier stance, and there are clear influences from the redesigned 2021 S-Class, particularly for the lights.

The interior design will be a lot more radical, with a large infotainment screen similar to the one in the S-Class positioned in the center stack and another screen serving as the instrument cluster. You'll notice that the updated 2019 C-Class missed out on Mercedes' latest infotainment system known as MBUX, but the latest version of the system will appear in the new C-Class. It operates much like a smartphone's operating system and also uses natural speech to control many vehicle functions.

In the powertrain department, look for the base model to stick with a 2.0-liter turbocharged inline-4, this time augmented with a mild-hybrid system. Above this is likely to be a plug-in hybrid system and then a C53 from AMG likely with a mild-hybrid powertrain. At the top of the range will be AMG's C63 which we expect to receive mild-hybrid treatment as well, and possibly a 4-cylinder engine in lieu of the current C63's V-8.

An electric sedan roughly the size of the C-Class but with interior space on par with the E-Class is also coming. Called the EQE, this will be a standalone model sitting in Daimler's EQ sub-brand for electric cars and targeting the Tesla Model 3 and upcoming BMW i4. A related EQE SUV is also in the works.

One final change with the new C-Class worth mentioning is production. Mercedes currently builds the C-Class for North America at its plant in Tuscaloosa, Alabama. This won't be the case for the next C-Class, though from which plant it will be sourced for North America hasn't been announced.