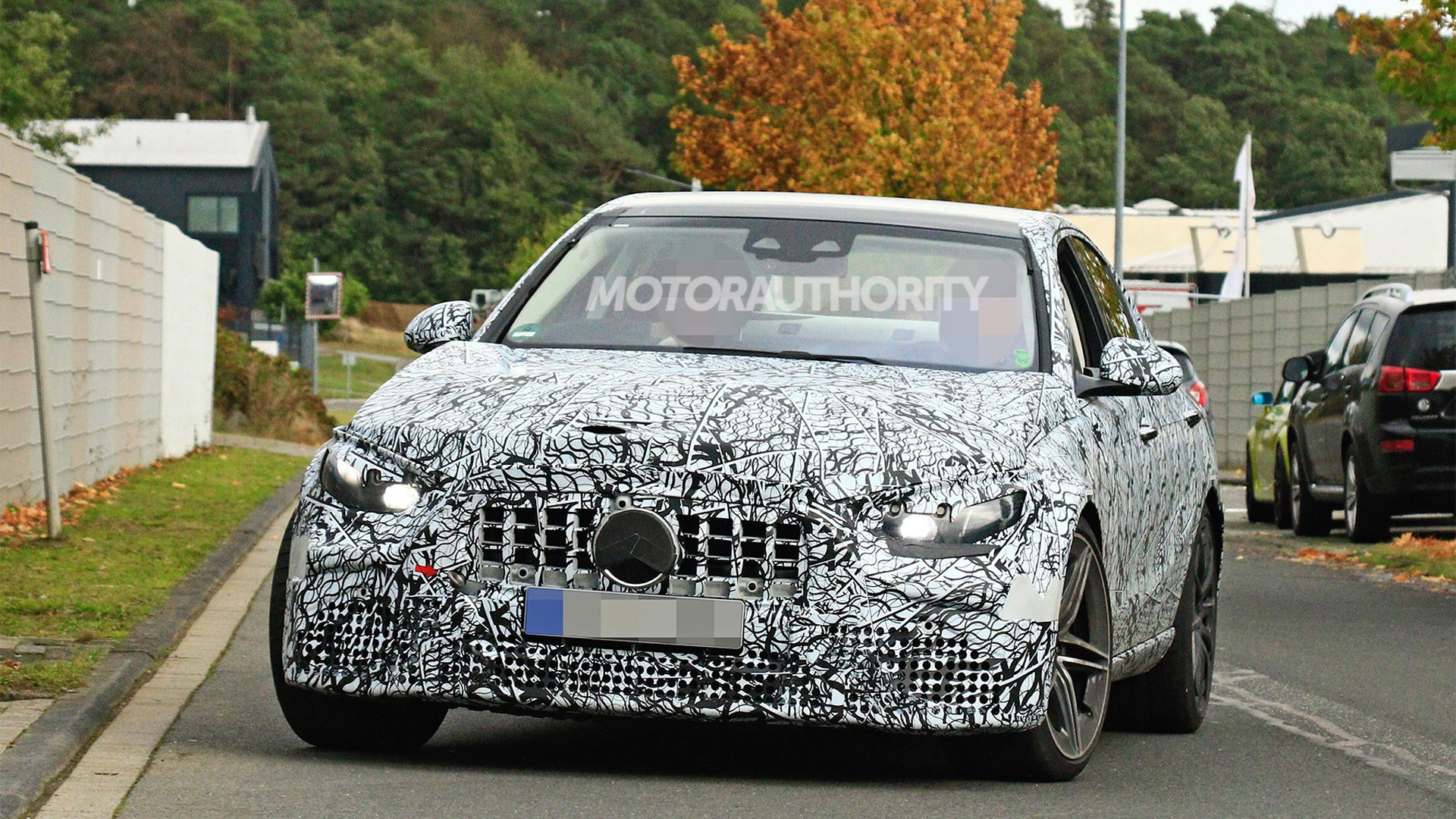 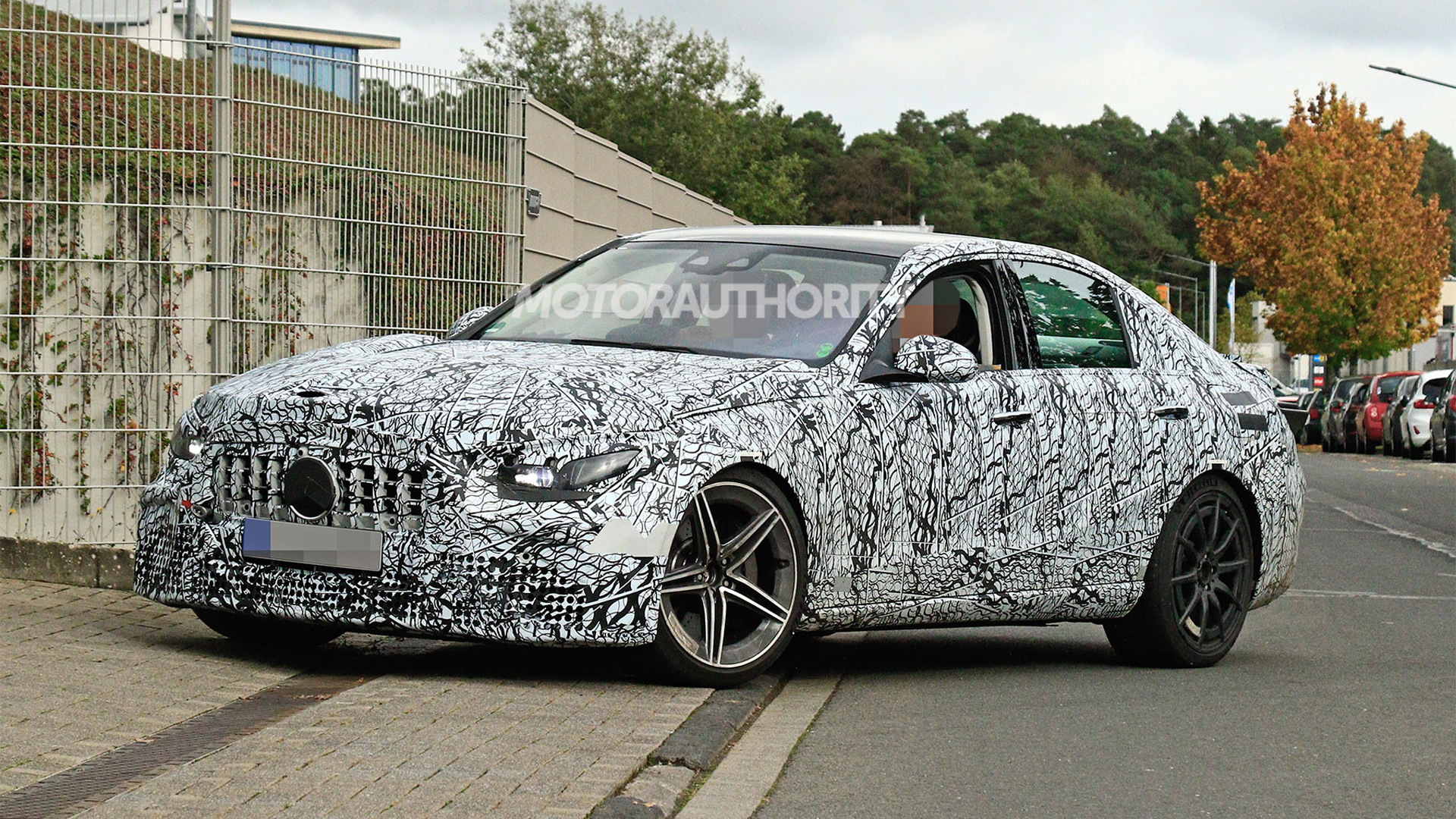 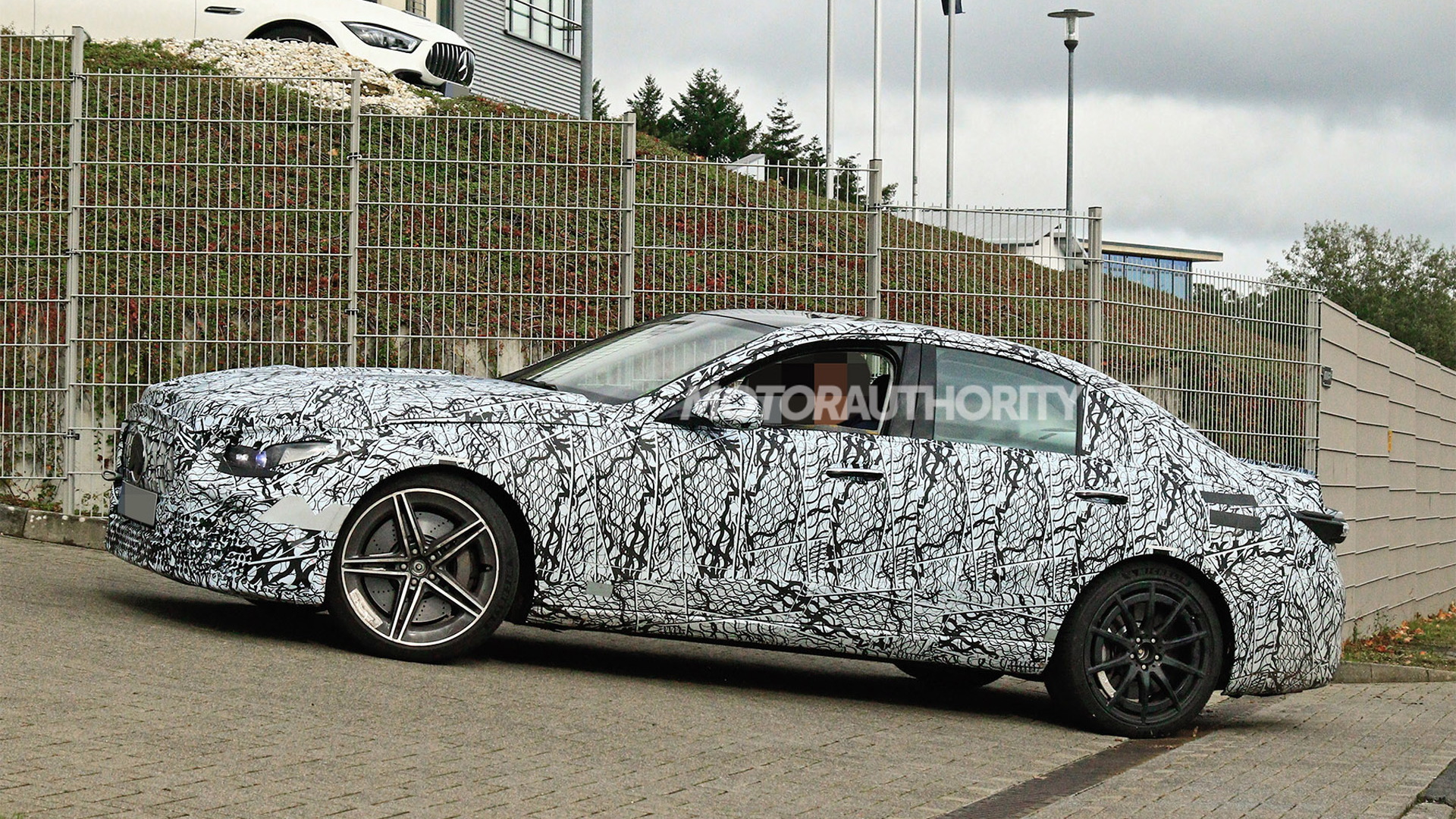 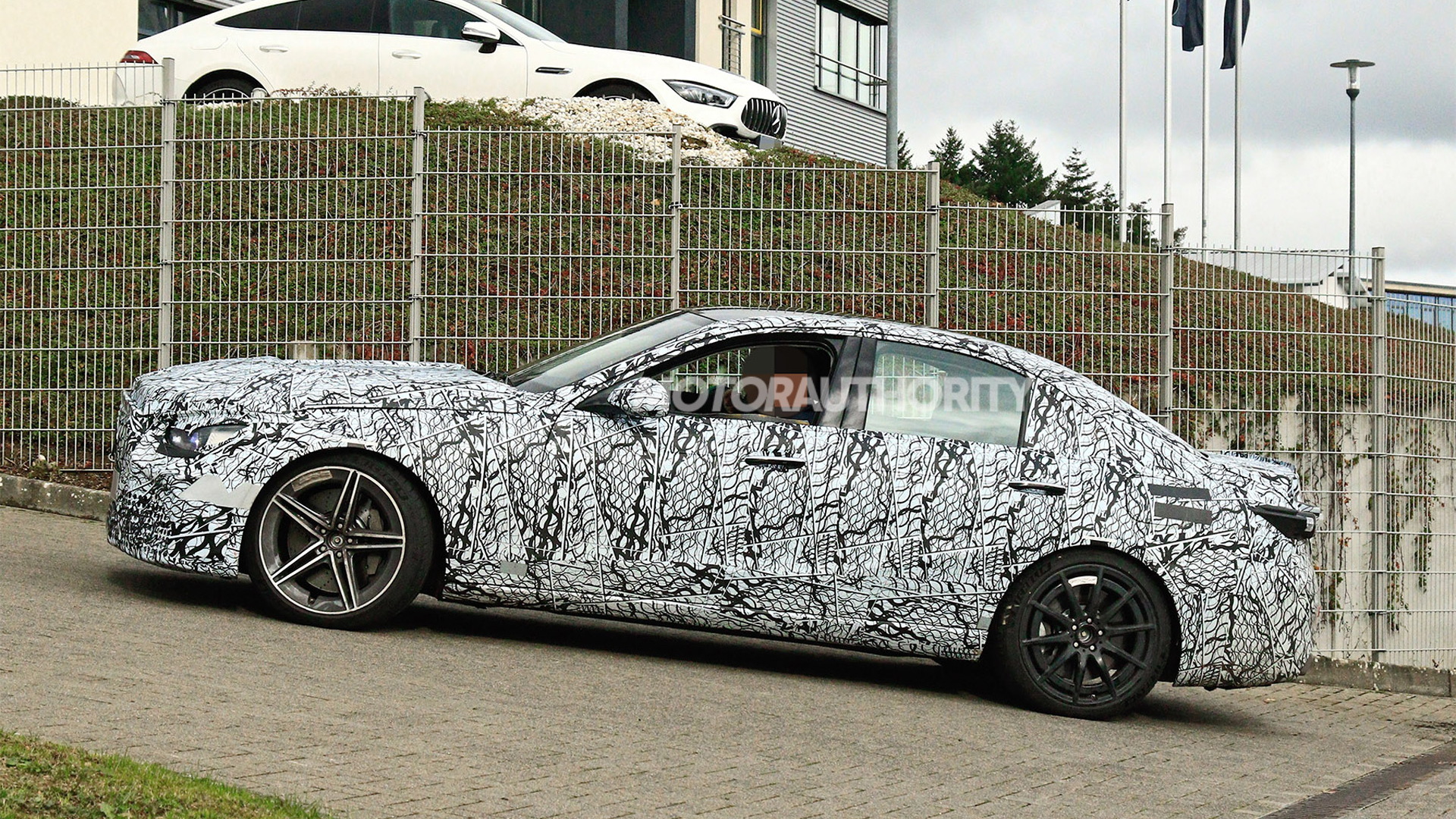 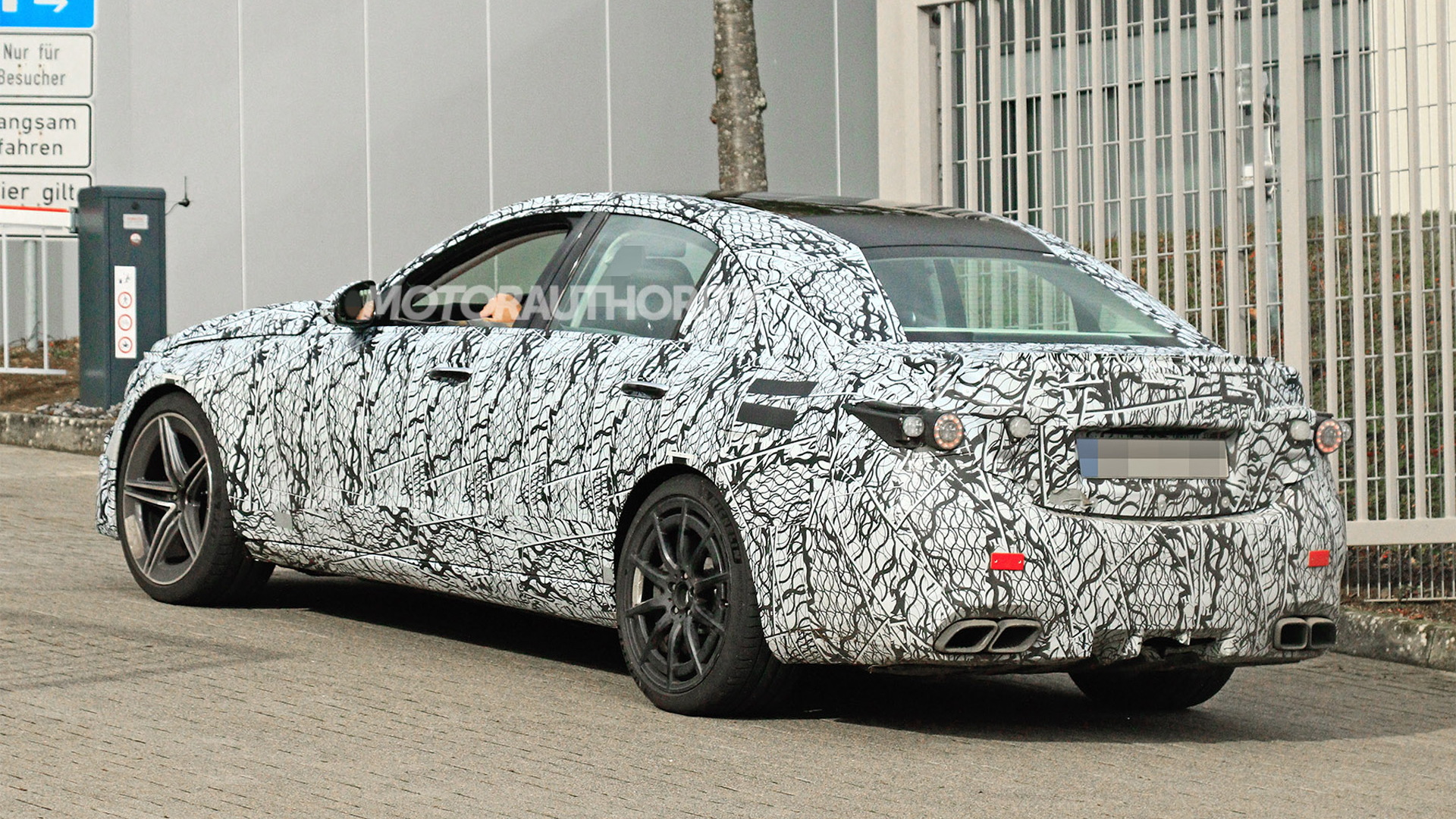 Mercedes-Benz is working on a new generation of its C-Class, and a prototype for the car's high-performance Mercedes-AMG C63 variant has been spotted for the first time.

The new C-Class is due out in 2021, likely as a 2022 model. While AMG should have the C53 ready at launch, the C63's launch is expected to be staggered by about 6-12 months. Part of the reason for the delay is due to the radical shift in powertrain technology expected for the new C63.

Former AMG chief Tobias Moers let slip in 2018 that the next C63 will have a hybrid powertrain, and the powertrain in question is rumored to be a mild-hybrid setup incorporating a 2.0-liter turbocharged inline-4 as the internal-combustion component. Yes, we might be saying goodbye to the V-8 shortly.

AMG's inline-4 already delivers a stout 416 horsepower in S versions of the tuner's newest compact cars, such as the CLA45 S, but the addition of a mild-hybrid setup is expected to see peak power match the 503 hp of the current C63 S while peak torque could even exceed the current car's 516 pound-feet.

The mild-hybrid part of the equation is likely to be somewhat similar to what we've seen in AMG's 53-series mild-hybrids—essentially a 48-volt electric motor-generator that replaces the starter motor and alternator typically found on internal-combustion cars. The setup can also provide a boost during high loads, and recover energy during braking and coasting.

In addition to fewer emissions, weight distribution should be improved with such a setup as there will be less weight in the nose of the car, even with the addition of the new electronics.

The prototype is heavily camouflaged but from what we can see, there will be flared wheel arches, large intakes in the front fascia, a prominent rear diffuser, and four square-shaped exhaust tips. Unfortunately our photographer wasn't close enough to hear the engine and potentially identify the type.

The new C-Class, including this C63, will ride on an updated version of the current generation's MRA rear-wheel-drive platform. Among the updates will be increased use of aluminum over steel to help reduce weight.

Expect the interior to feature the large portrait-style screen found in the latest S-Class, as well as the flagship sedan's advanced infotainment system and head-up display (likely available). Signature AMG touches should include body-hugging bucket seats for the driver and front passenger, an AMG-specific steering wheel, and the tuner's own drive mode selector.