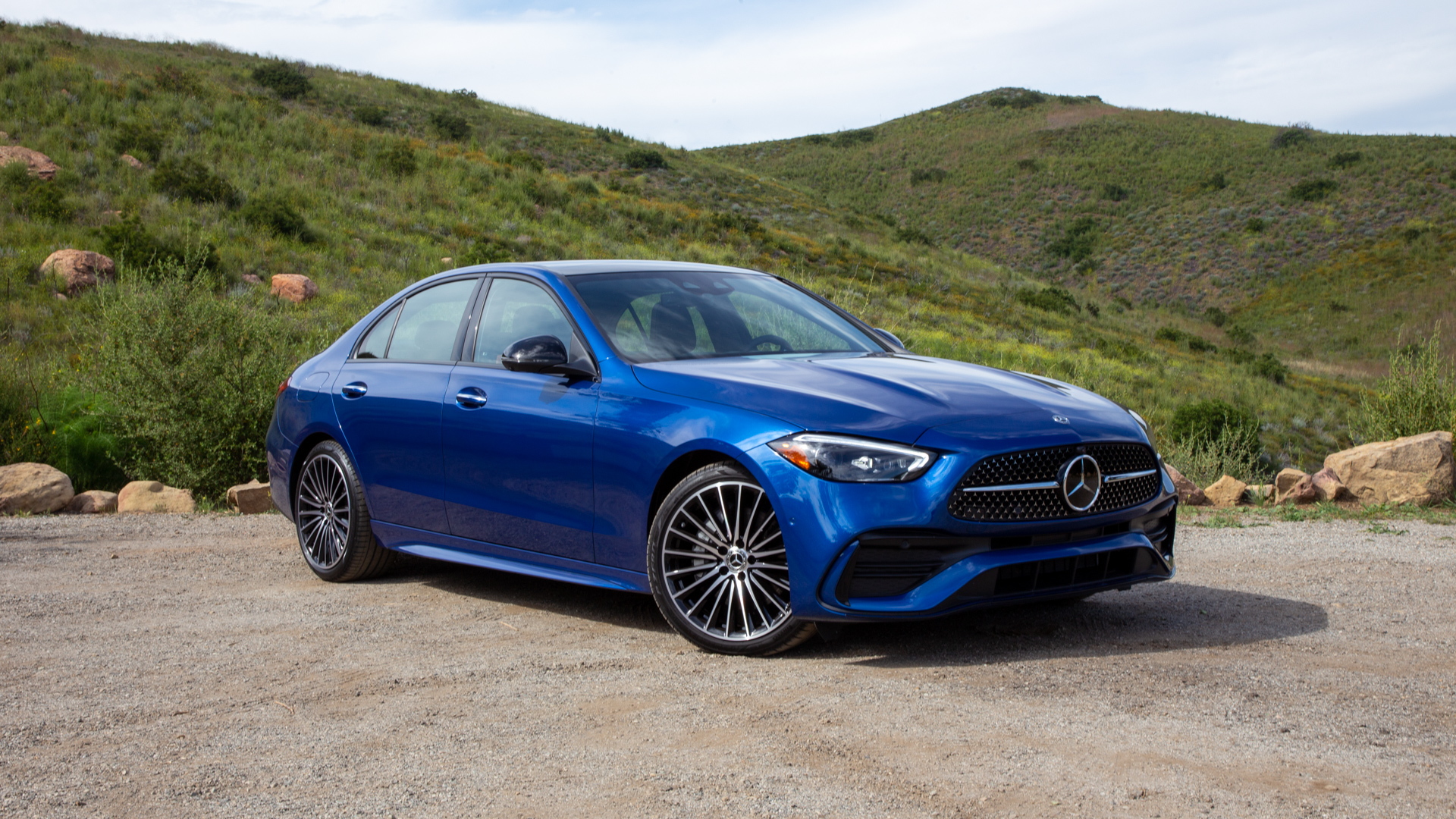 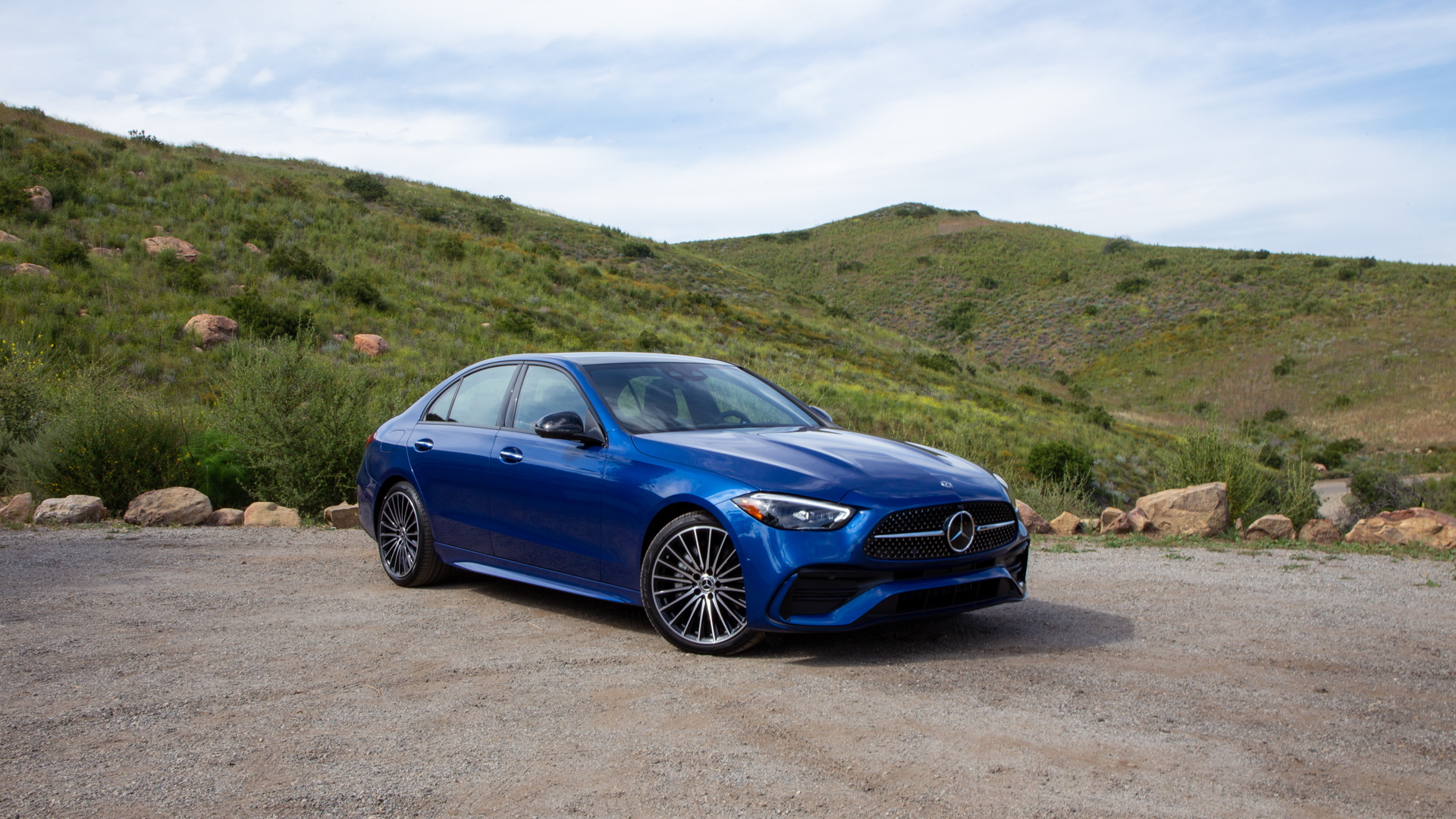 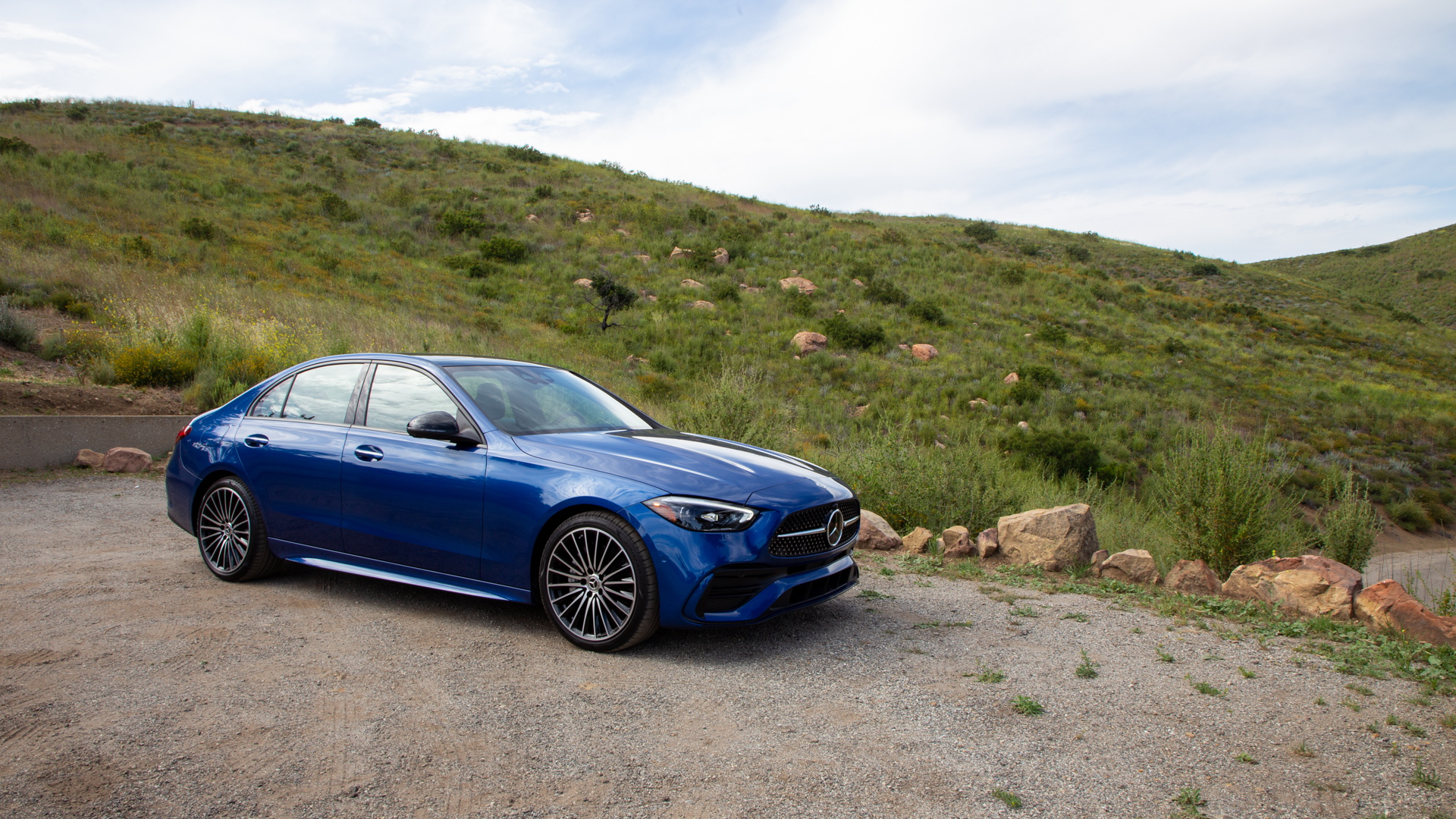 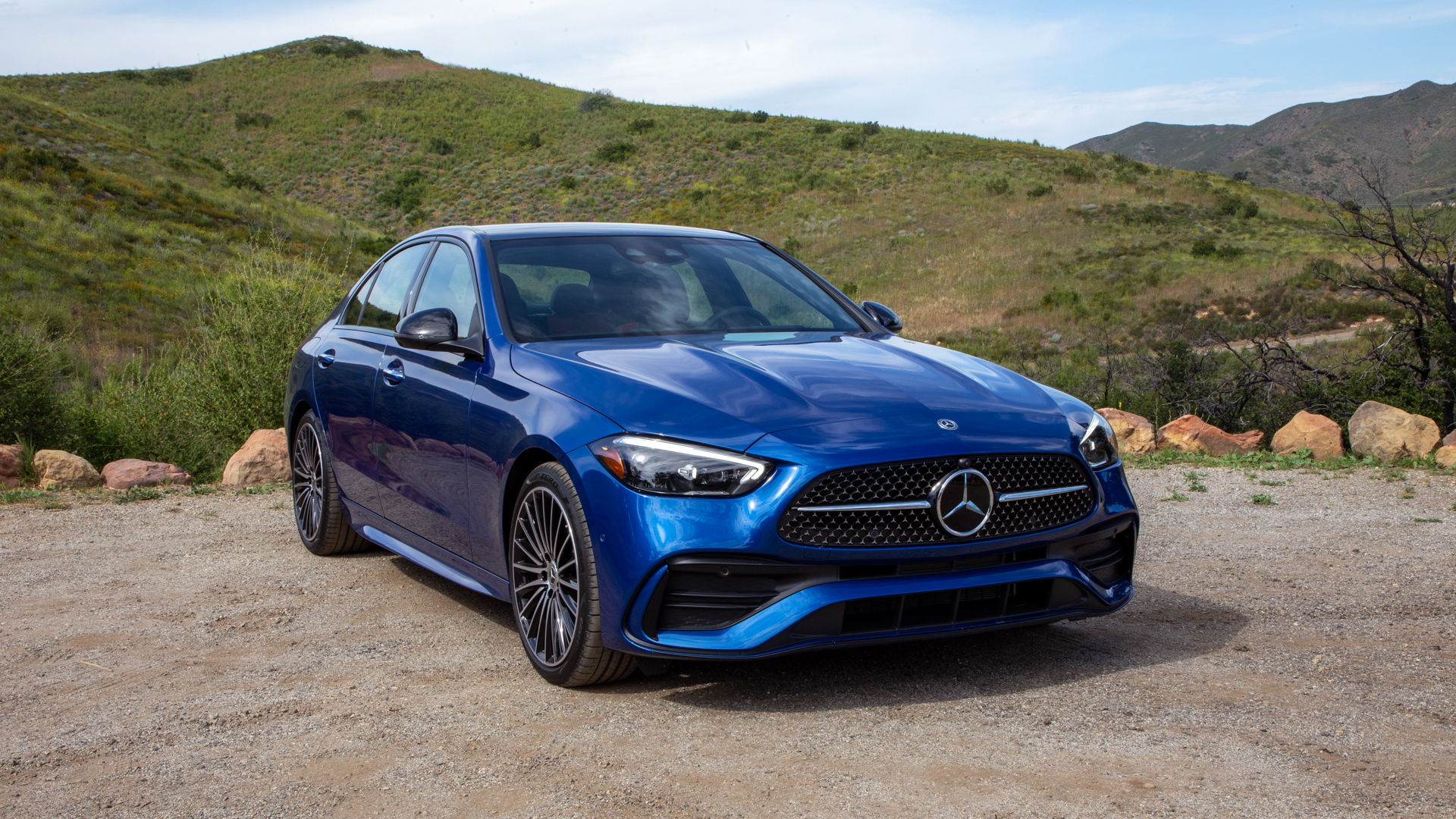 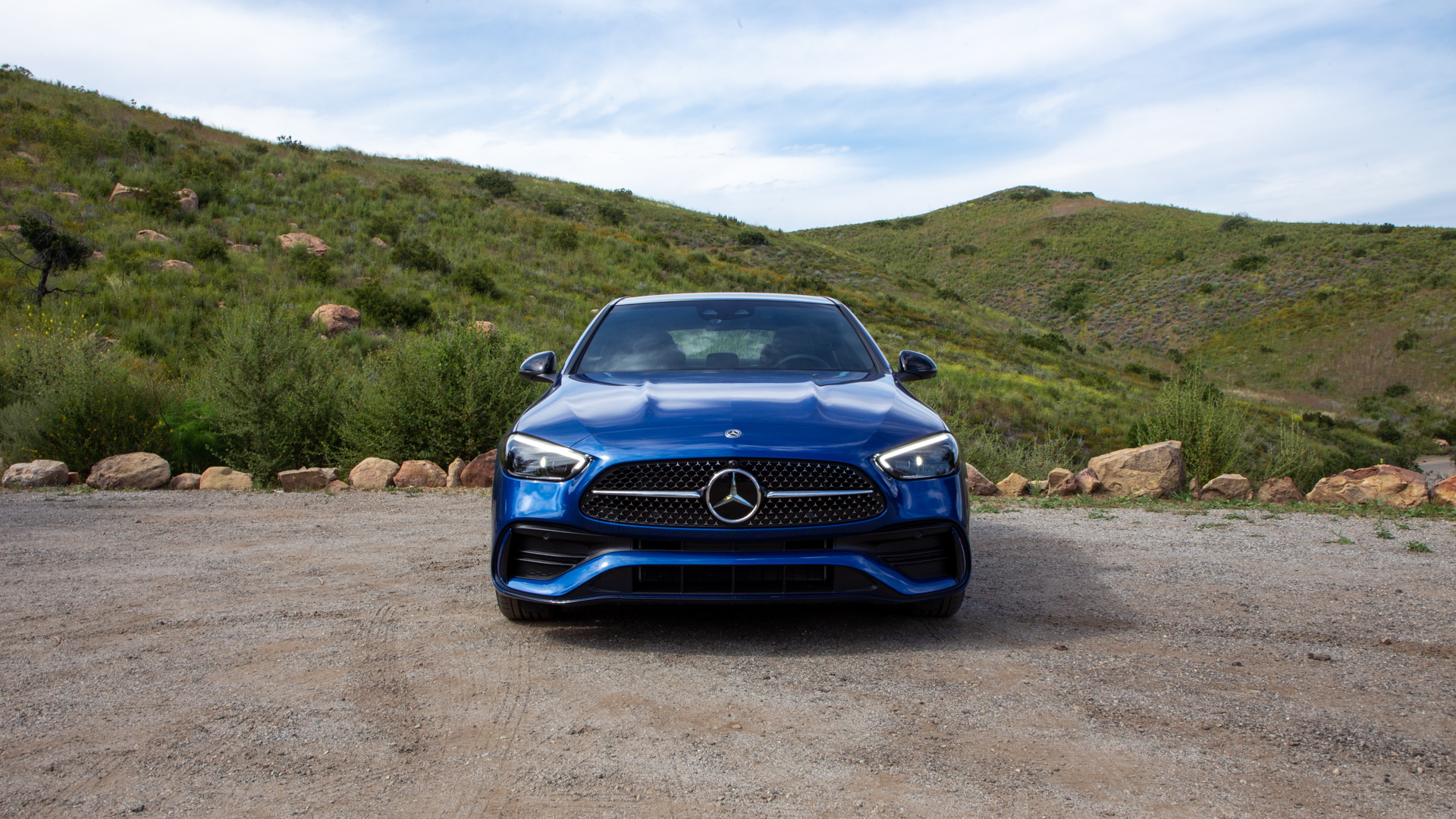 Luxury automakers spend a lot of time shouting about how sporty their compact sedans are in a race to the top of a virtual performance mountain. But the 2022 Mercedes-Benz C-Class zags where the other zig, acknowledging that plenty of car shoppers want comfort and luxuriousness in a smaller footprint, and it fills that need rather nicely.

The C-Class gets a redesign for 2022 that introduces the new generation as a sedan, with no word yet on when coupe and convertible (let alone a wagon) variants may follow. It maintains styling similar to its predecessor, but revamps the interior dramatically and adds a few new mechanical changes as well. I spent a day with the sedan around Los Angeles, to see what kind of effect these big updates had.

Like most new vehicles, the C-Class has grown for this new generation. It’s 2.5 inches longer and 0.4 inches wider, with an inch longer wheelbase. The added length helps the new sedan look sleeker than it did previously and the cabin appears to be pushed farther back to make the hood longer and give the car more athletic proportions. The 2022 C-Class borrows a grille and two-piece tail lights from the smaller CLA-Class, but that’s about where the similarities between those two cars end as the bigger vehicle appears much more grown up and distinguished.

Initially, the C-Class keeps things simple and is only offered in C300 guise powered by a 2.0-liter turbo-4 with a 48-volt mild-hybrid system providing additional boost. The gas engine produces 255-hp and 295 lb-ft of torque, while the hybrid system adds another 20 hp and 148 lb-ft in short bursts. Rear-wheel drive comes standard, with all-wheel drive available at a $2,000 markup. A 9-speed automatic is the only available transmission and the new unit is smaller, 30% lighter, and more efficient than the 9-speed it replaces. The transmission does its job well, never seeming to hunt too long for gears and responding quickly to the paddle shifters. If there’s one quibble I have with it, it’s that it doesn’t hold gears well enough when shifting automatically in the Sport and Sport+ modes.

Mercedes has paired this mild-hybrid system with several different gas engines, but this is the first time it has been used on a 4-cylinder and it makes a more noticeable difference when paired to a smaller displacement engine. The hybrid system’s influence is most felt at lower speeds, smoothing over the constant stops and starts of city driving much and adding to the C-Class’ overall feeling of luxuriousness. At higher speeds, the digital instrument panel lets you know when the hybrid system is kicking in but it’s otherwise difficult to detect as most of the passing power comes from the gas engine.

Underneath, the C-Class’ air suspension has been swapped out for a multi-link independent suspension with adaptive dampers. My test vehicle also came with the AMG Line package, which adds a sport-tuned version of that suspension. In the most aggressive drive settings, the sedan still feels like it could go up a notch in stiffness to better control body roll. But that would come at the expense of some ride quality and that runs counter to the goal of the C-Class. It’s possible to have fun from behind the wheel, but not as much as you’ll have in competitors like the Alfa Romeo Giulia, BMW 3-Series, and Genesis G70. The counter argument to that is that they can’t match the C-Class’ serenity or its new, technology laden interior.

A pair of large screens comes standard, a 12.3-inch display in the instrument cluster and a vertically oriented 11.9-inch central touchscreen that is subtly canted toward the driver for easier viewing and reachability. Those screens are surrounded by a new dashboard design that evokes the Mercedes S-Class and even the new EQS in some ways. This association upscales the look of the C-Class even more, and the interior feels one step above the competition.

The latest version of the Mercedes-Benz User Experience (MBUX) powers the screens, and it comes with  standard wireless Apple CarPlay and Android Auto, over-the-air updates, and a voice assistant that’s activated by saying the phrase “Hey Mercedes.” Also available are a head-up display and an augmented reality video feature for the navigation system, both of which were added on the top-line Pinnacle trim that I drove.

The experience of using this system reminded me of the EQS in a lot of good ways. It’s snappy and pretty to look at, but I did find a few differences that make it a bit more cumbersome. The first is that the screen is a hair smaller than the standard EQS screen and the climate controls that line the bottom of the screen never really go away, cutting down the usable area. The augmented reality navigation also takes a beat too long to pop up and that’s a problem when you’re approaching an intersection with no idea which way to go. Mercedes confirmed that the C-Class has less processing power than the EQS (which doesn't suffer from the same problems on its Hyperscreen) and that could be a contributing factor to the lag.

The C-Class’ interior feels quite roomy for this segment, especially for backseat occupants that can draw the short end of the stick in many competitors. Though the cabin sits farther back, the roof stays flat long enough to give adult ample head and leg room in back. Four people could ride comfortably in this vehicle for a long, long stretch if so desired.

If the C-Class has a caveat, it’s pricing. The Pinnacle trim I tested starts at $48,550 for a  rear-wheel version, but tack on extras and the price climbs quickly. My tester stickered at $62,520, a big price for a vehicle that doesn’t have an “AMG” in its name. For that money you will get the most luxurious experience and comfort that this class offers, but it's a step up from the base engine prices in the segment.

Mercedes-Benz dropped off a 2022 C-Class at this editor’s condo for Motor Authority to bring you this firsthand report.