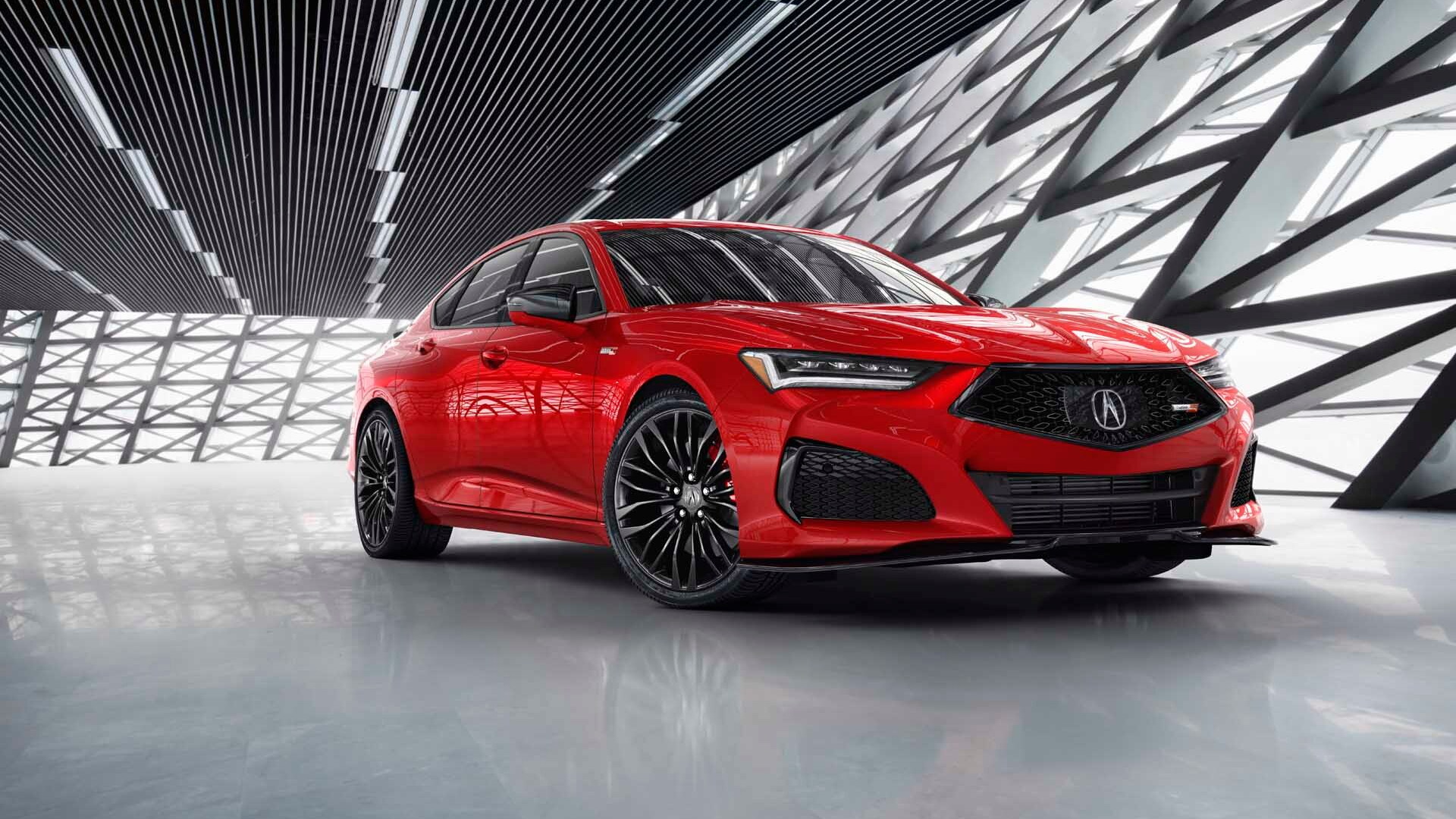 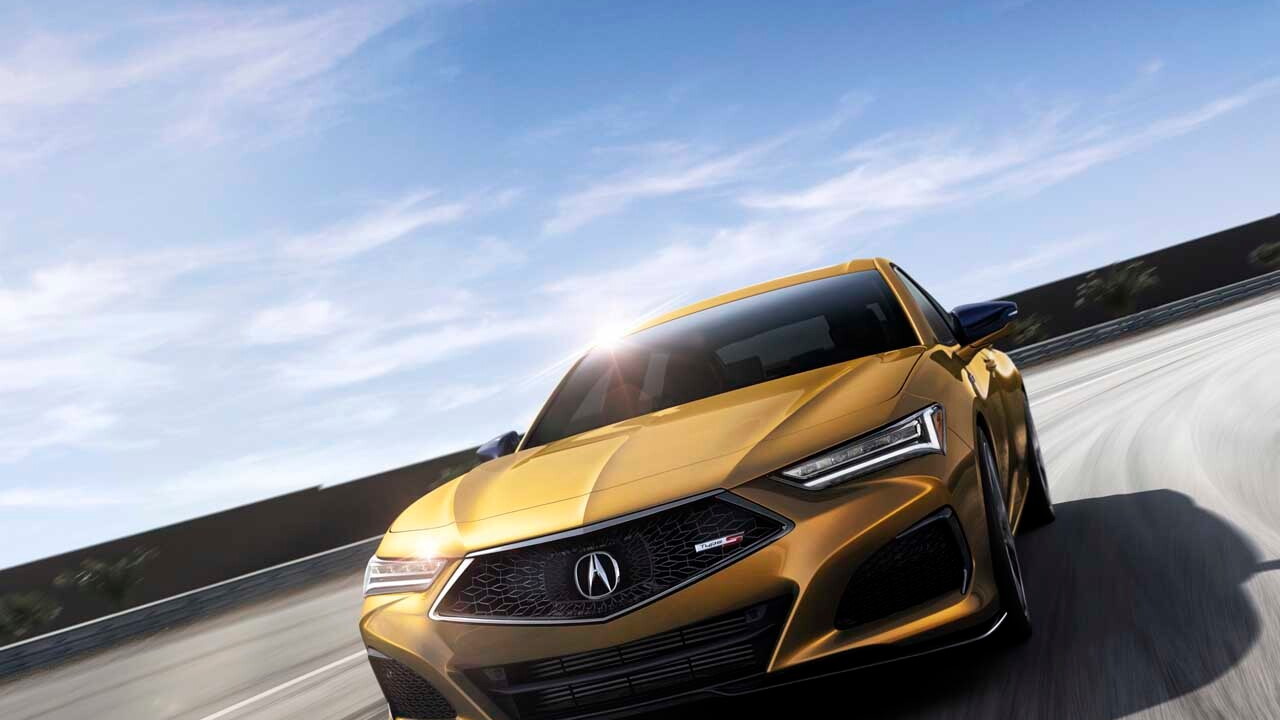 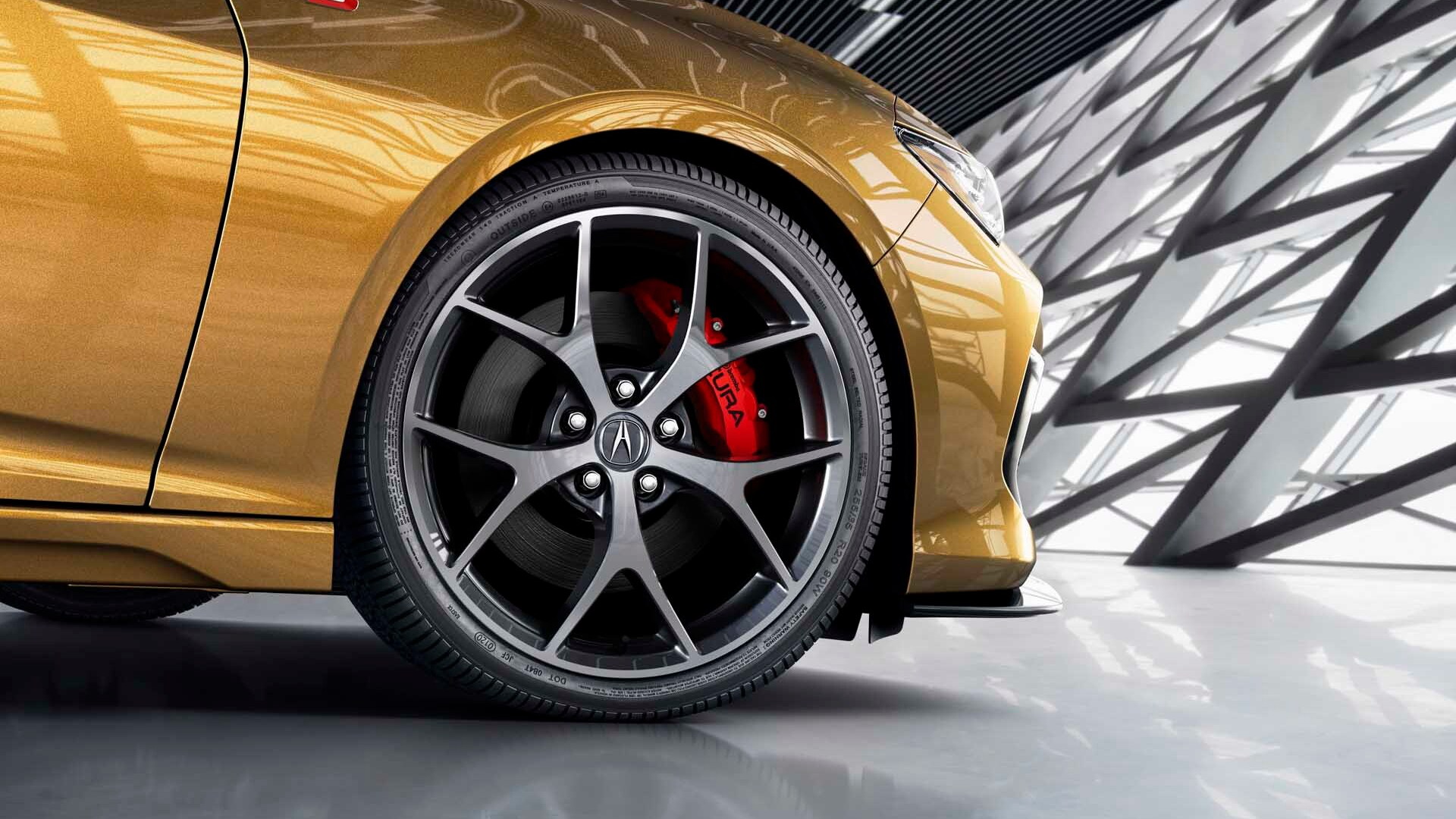 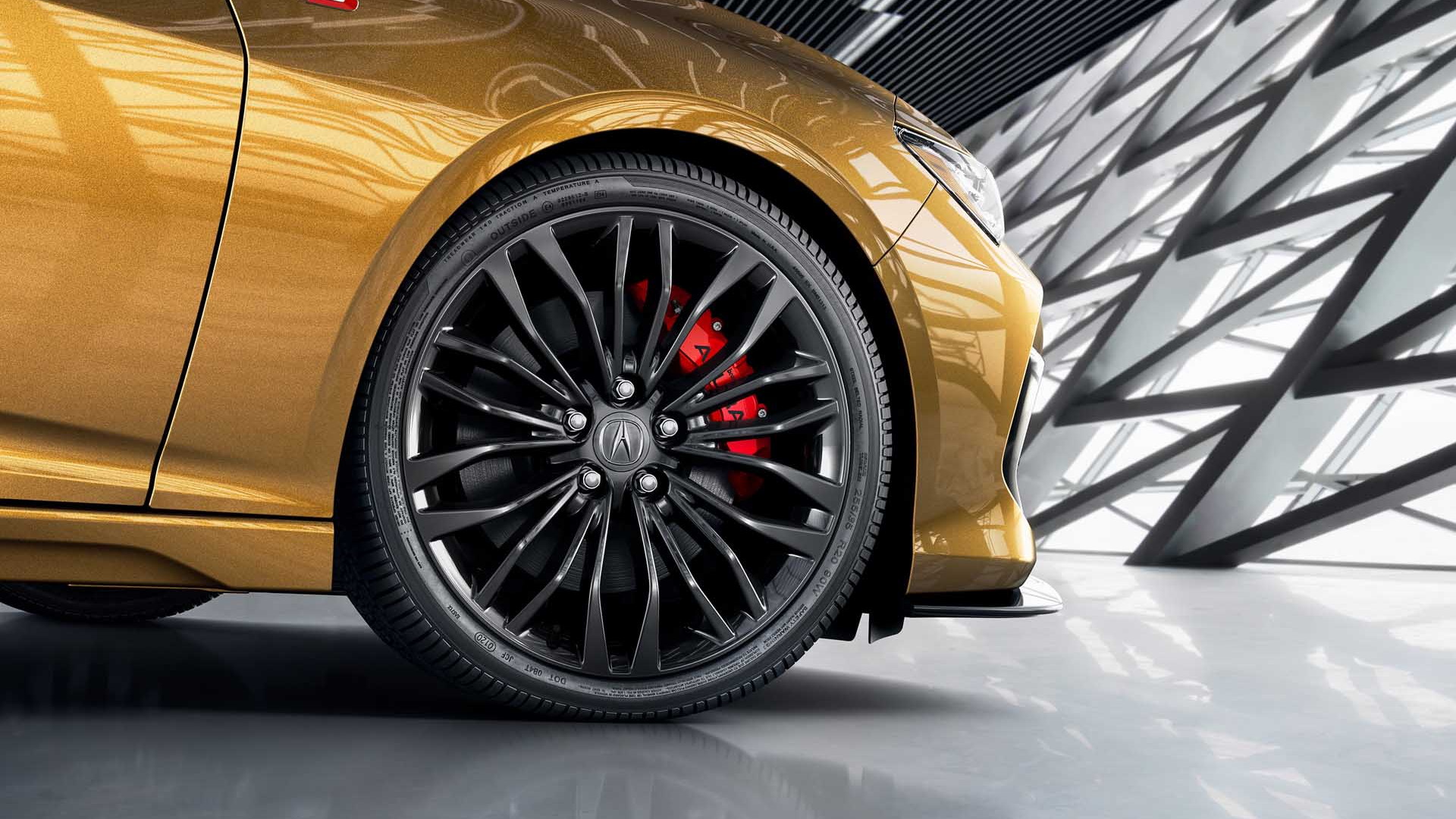 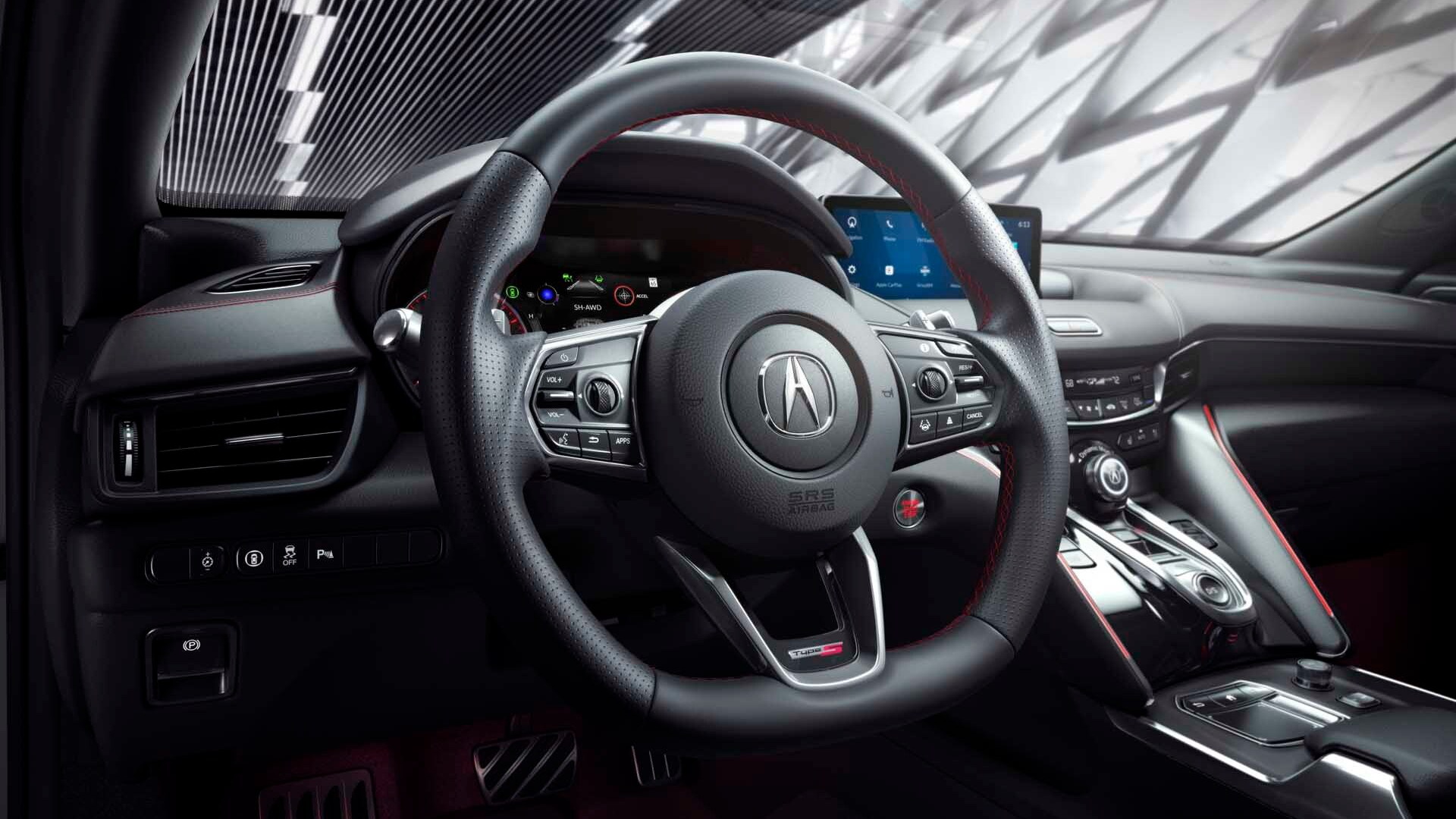 A ground-up rethink for Acura’s mid-size sedan was in order. The Acura TLX occupied the dwindling white space between mainstream and luxury—if there were one, to begin with.

The 2021 Acura TLX that made its debut in May steers away from that middle ground and does it quickly. Although the new TLX still has one foot firmly planted in traditional sedan economies, the 2021 version offers a racier shape, a stiff new chassis, and a new Type S performance option.

Pricing for the Type S hasn't been revealed, although Car and Driver reported it will cost more than $50,000. This model will be powered by a 3.0-liter turbocharged V-6 that will make an estimated 355 horsepower and 354 pound-feet of torque. A 10-speed automatic transmission will channel that power to all four wheels via an updated all-wheel-drive system with torque vectoring. The new transverse-mounted V-6 tips the TLX’s user-friendly architecture that underpins all cars; the TLX is a front-drive-biased sedan that can send up to 70% of its torque to the rear wheels when all-wheel drive is equipped.

It’s all backed by a chassis that’s torsionally stiffer by 50% compared to the outgoing TLX, and 100% stiffer at the corners where the suspension meets the chassis. Acura ditched last year’s MacPherson struts up front in favor of double wishbones this time around, held in place by front shock tower bars and aluminum tower mounts. Acura says the aluminum and steel chassis uses 56% more lightweight materials than before but didn’t say how much lighter the body-in-white is compared to the 2020 version.

Acura says its newest torque-vectoring all-wheel-drive system is quicker by 30% at shuttling torque from the front to the rear, and can mete 100% of that power side to side across the rear axle. Additionally, the rear axle is overdriven by 2.9%, which sharpens turn-in, increases yaw, and presumably, is a hell of a lot of fun.

That performance tech is wrapped by a sharp body that follows closely the Acura Type S Concept car that we’ve drooled over, with creases that have stayed largely intact. Acura lengthened the dash-to-axle distance by nearly eight inches and added 3.7 inches between the wheels. The visual effect is of a rear-drive sport sedan—even though the TLX’s architecture is front-wheel drive—and rising character, door, and window lines make the sedan look like a sprinter, poised in the blocks. The interior room compared to the old version is a wash, however.

Acura pulled lines across the hood and front fenders to gather at the diamond-patterned grille and gives the look some added tension. In back, a high decklid spoiler is perched above broad taillights and exhaust ports—or on the Type S, quad exhaust tips.

Inside the TLX can be shod in daring shades of leather—especially in A-Spec and Type S trims—and comes standard with a 10.2-inch infotainment screen, a touchpad controller, a 7.0-inch digital information cluster, and an optional head-up display. Acura’s push-button shifter is placed in the center stack again—taking up valuable real estate, by the way—below a drive select knob that toggles between stun and kill (aka normal, performance, and individual modes).