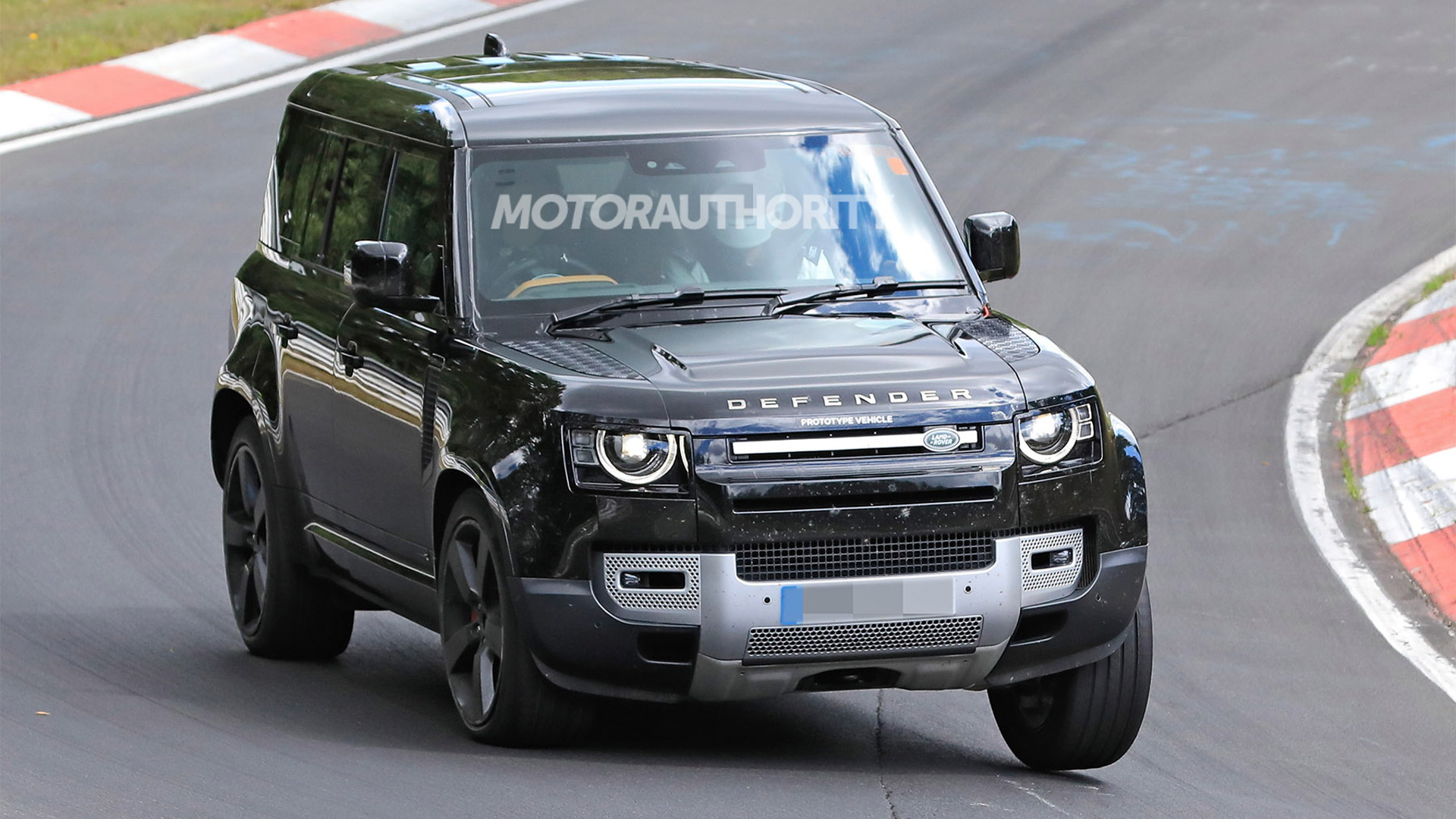 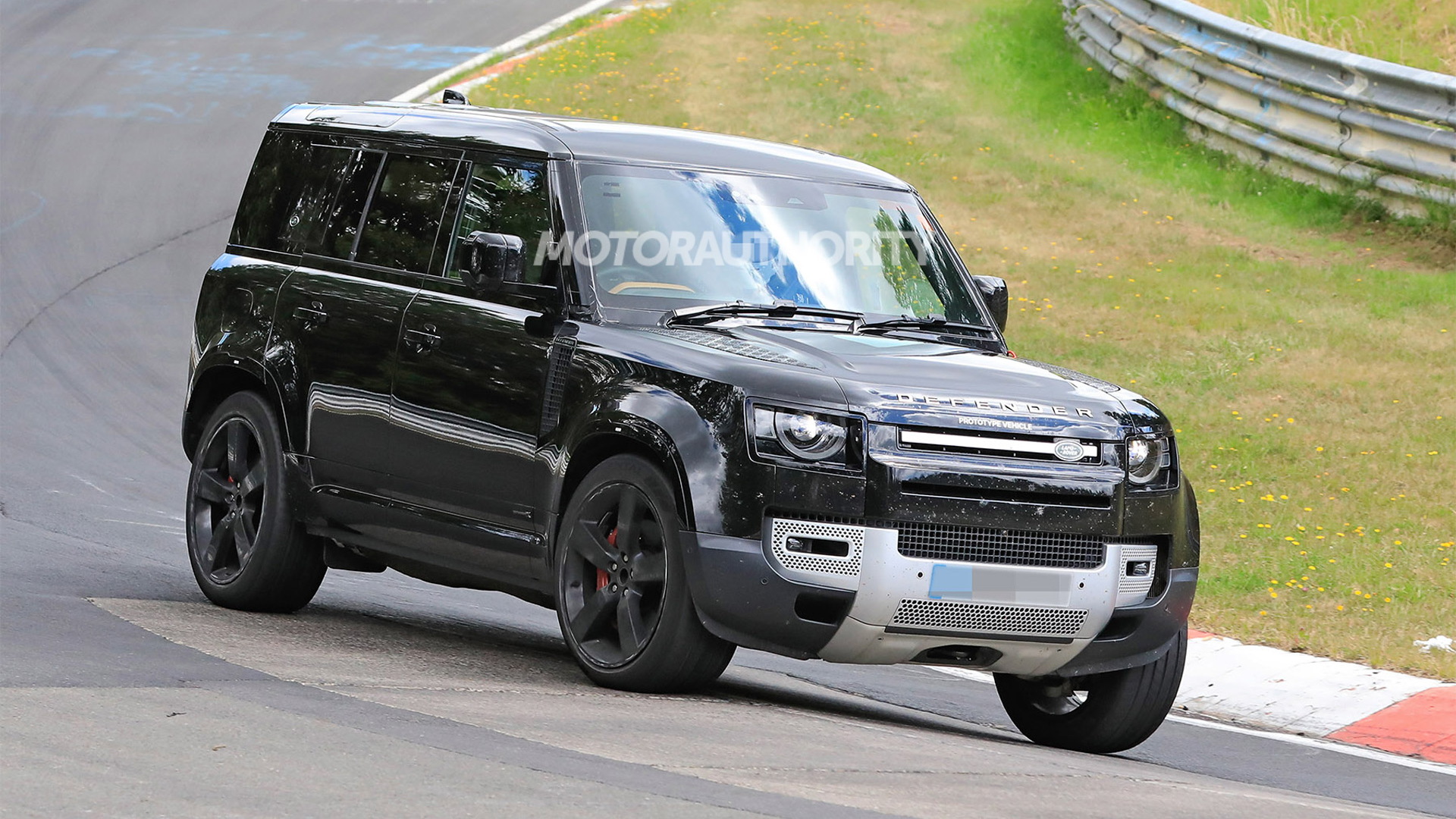 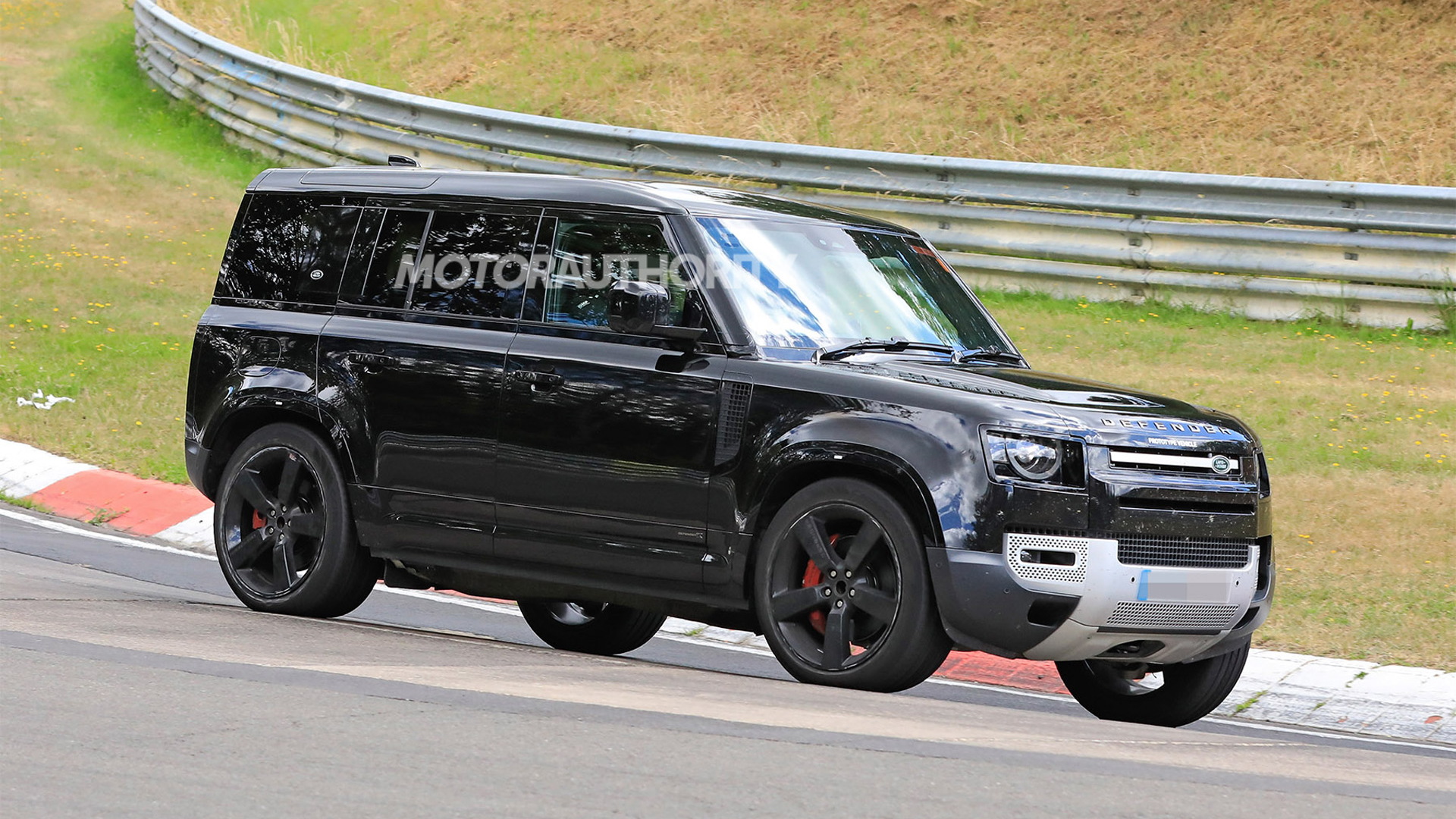 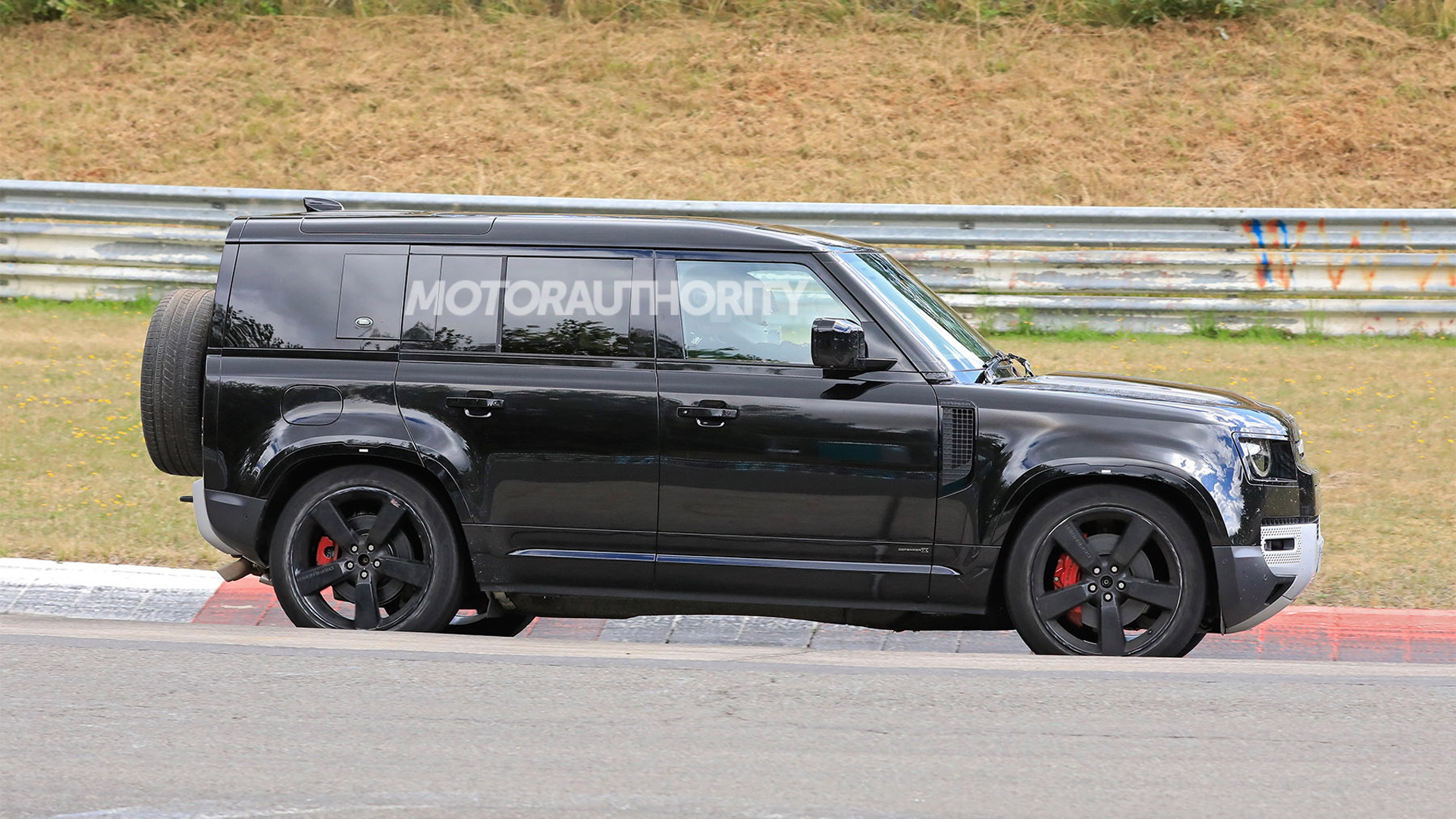 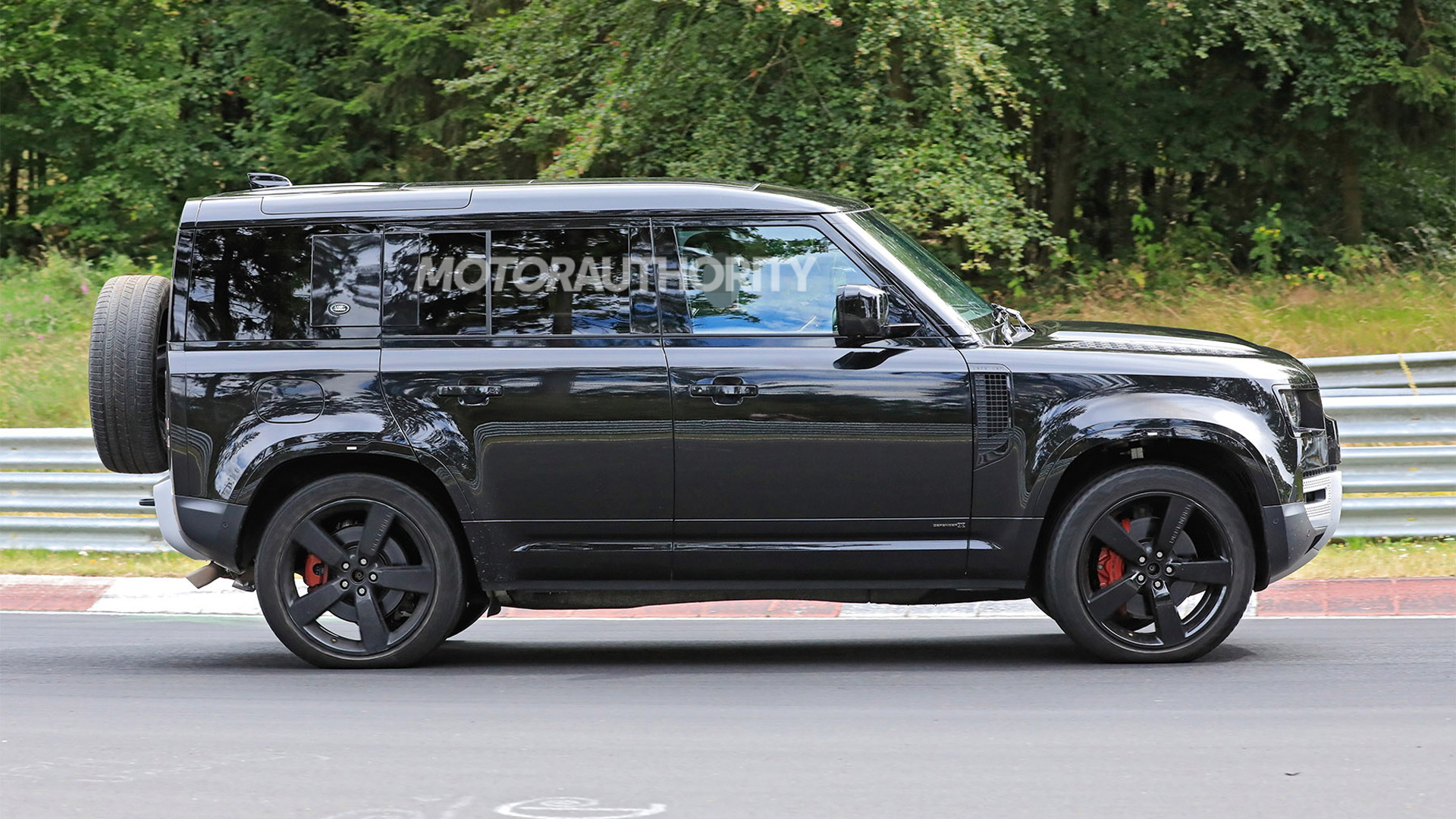 Land Rover has a new Defender on its hands for 2020. It's the first truly new Defender in over three decades, and represents a huge leap in quality, refinement and technology over its predecessor.

What it doesn't represent just yet is a huge leap in performance over the previous generation, but that will come soon enough as Land Rover is out testing a V-8-powered Defender. Our spy footage shows prototypes sporting quad-exhaust tips and uprated brakes.

The engine being tested here is Jaguar Land Rover's 5.0-liter supercharged V-8. While there were rumors JLR could switch to a 4.4-liter twin-turbocharged V-8 sourced from BMW, due to the Ford plant where the 5.0-liter is built soon to be shuttered, JLR has confirmed it will move production of the engine in-house.

The swap to BMW's V-8 may still happen, though, possibly when stricter EU7 emissions regulations are introduced in the European Union. That's due to happen around 2026.

The Defender V-8 being tested here is thought to be a regular model. However, JLR's SVO skunkworks is reportedly preparing a high-performance variant to take on the Mercedes-AMG G63, and to a lesser extent any future Ford Bronco Raptor.

While the regular Defender V-8 is expected in late 2021, the SVO version is probably a few years away still.

If you don't need a V-8 in your life, the first examples of the new Defender are already at dealers. The starting price is $50,925, including destination. Only the four-door Defender 110 model is available at present. The three-door Defender 90 has been delayed until 2021 in the United States.