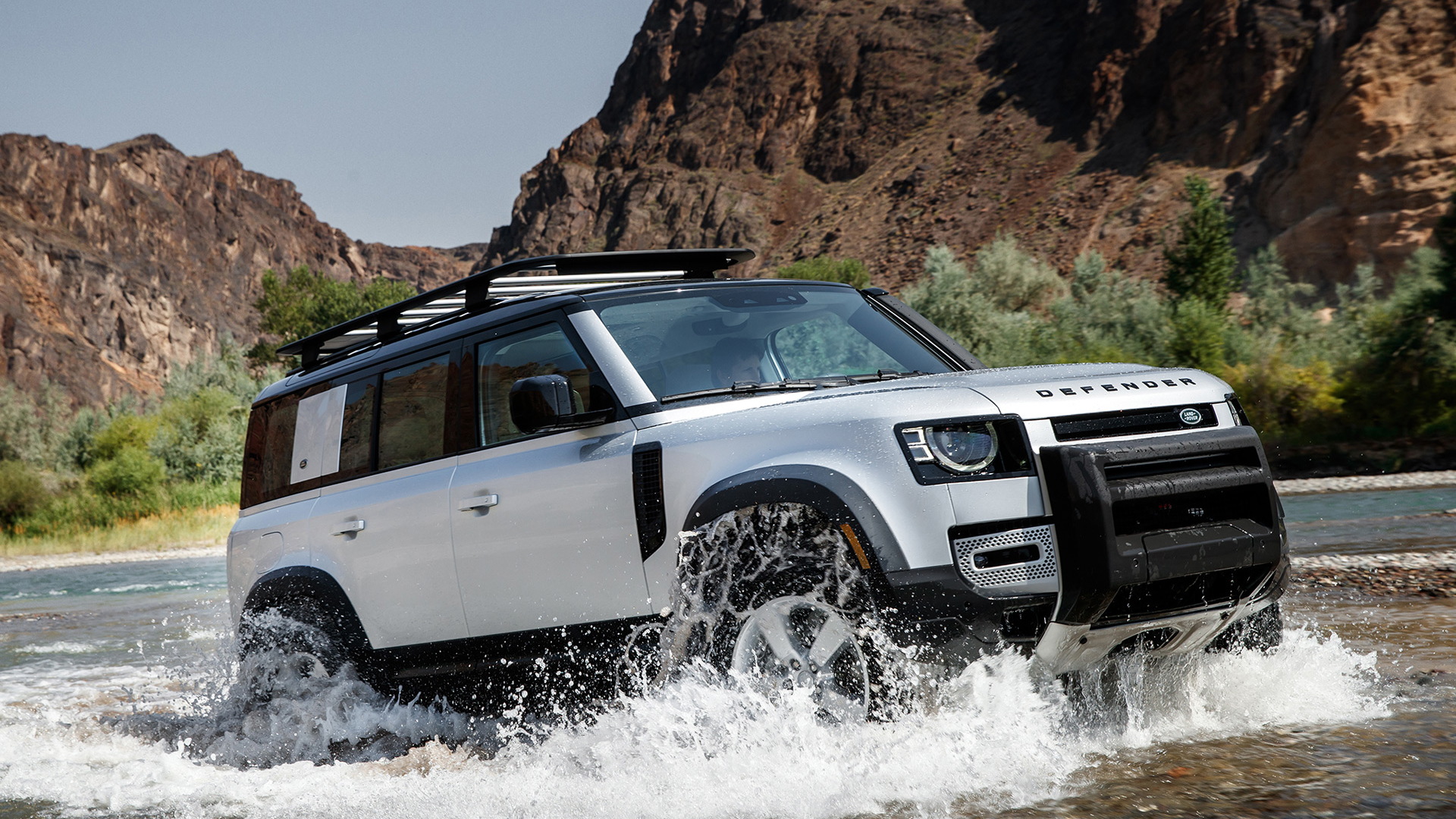 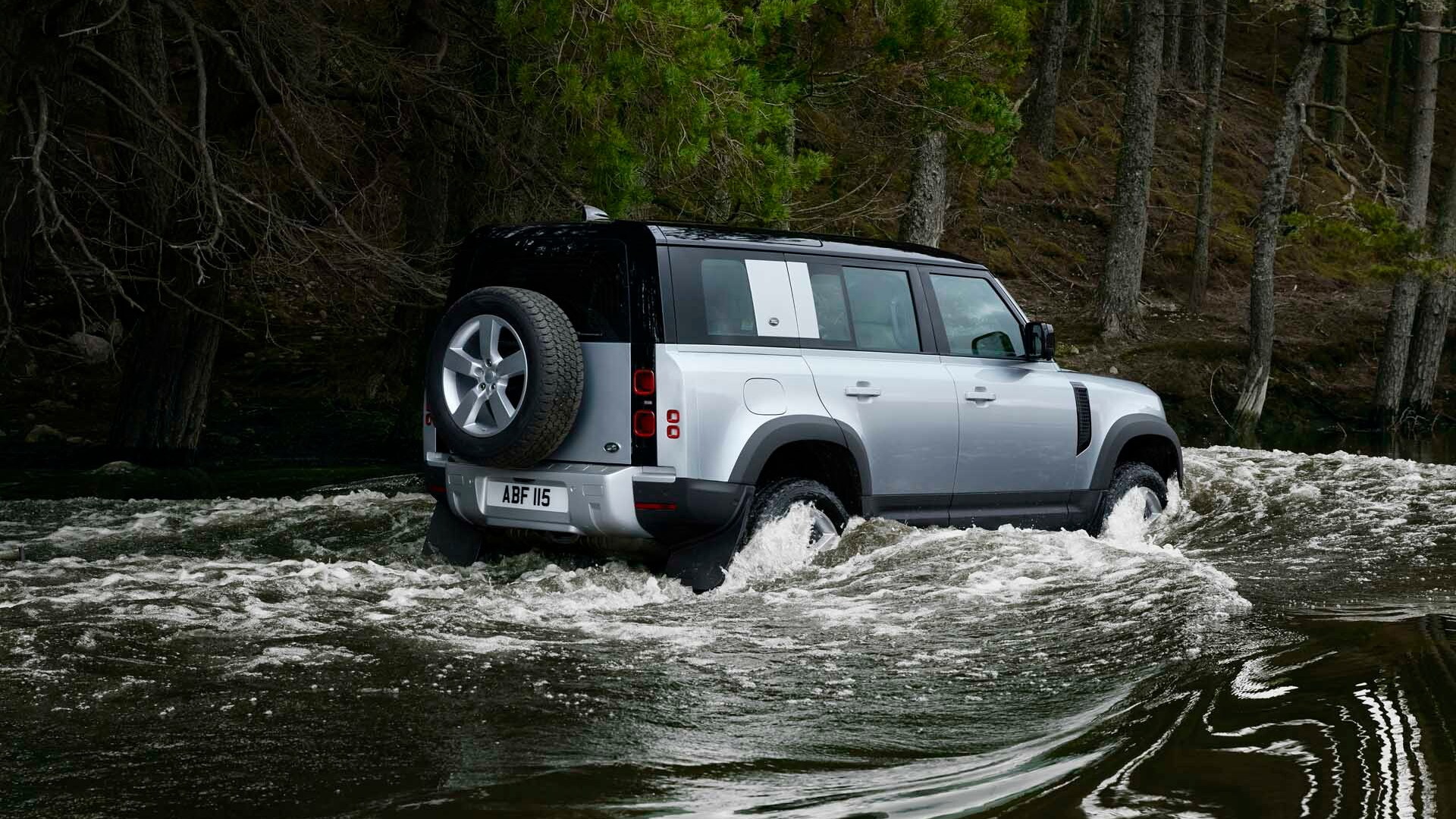 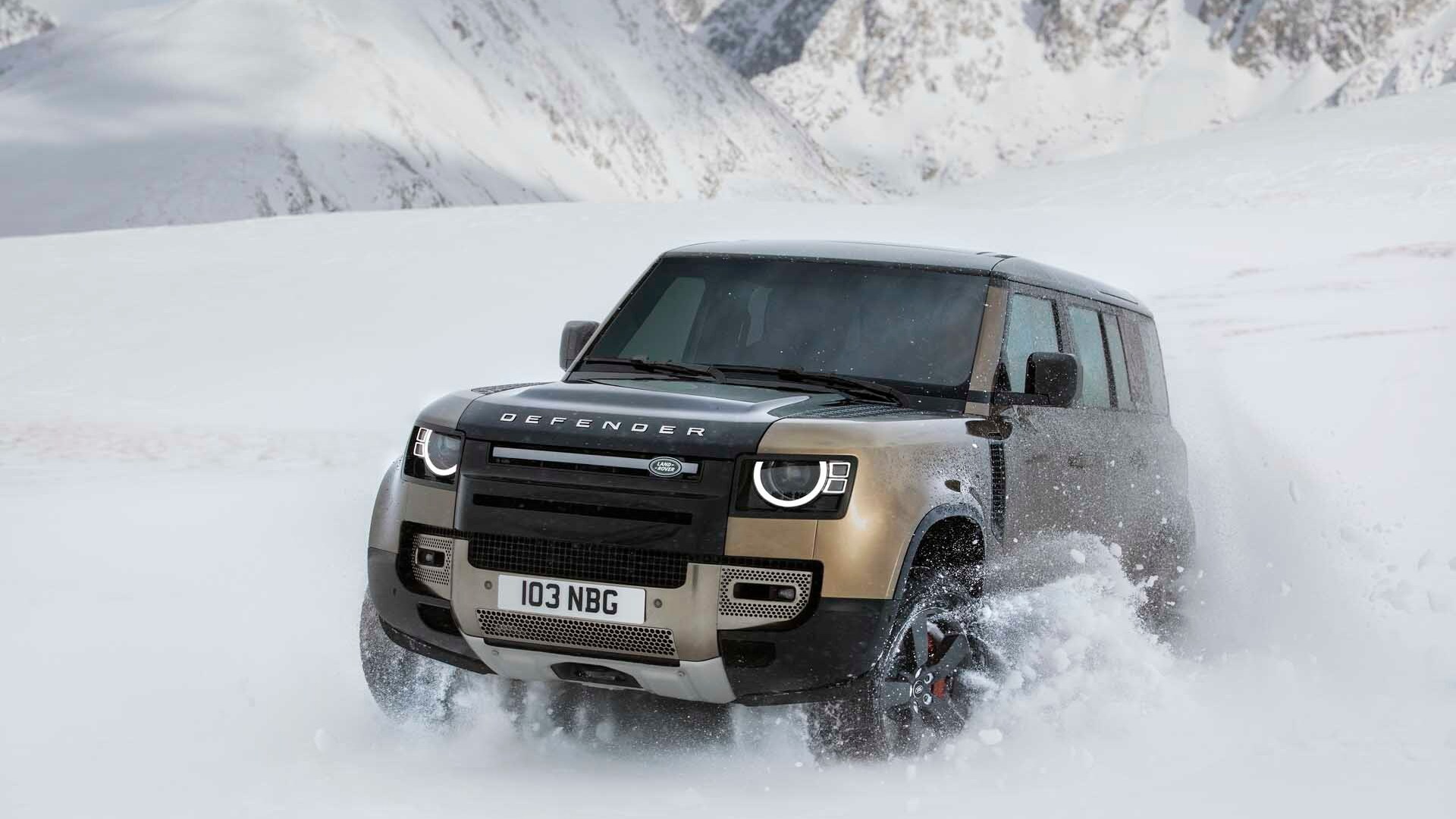 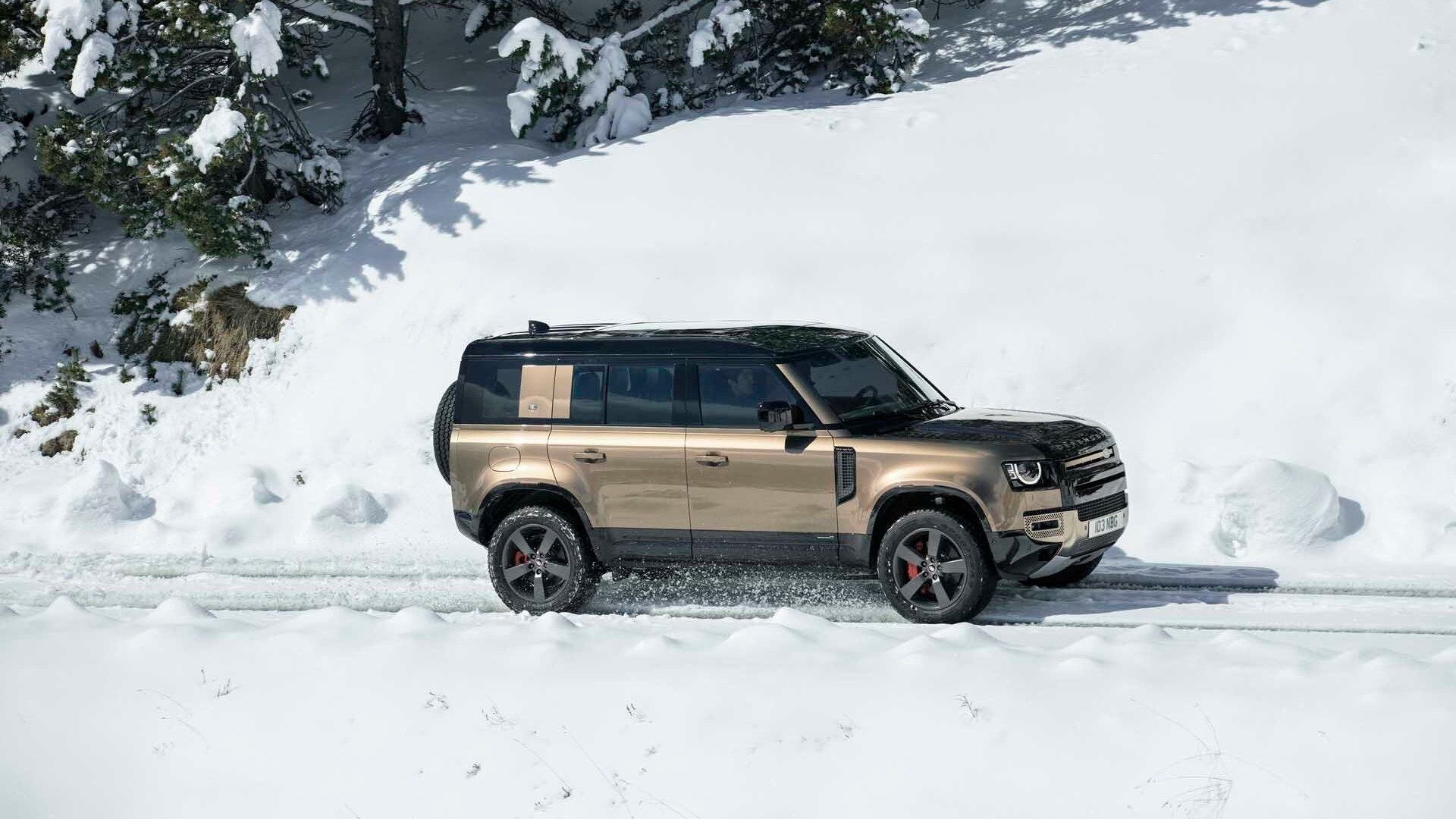 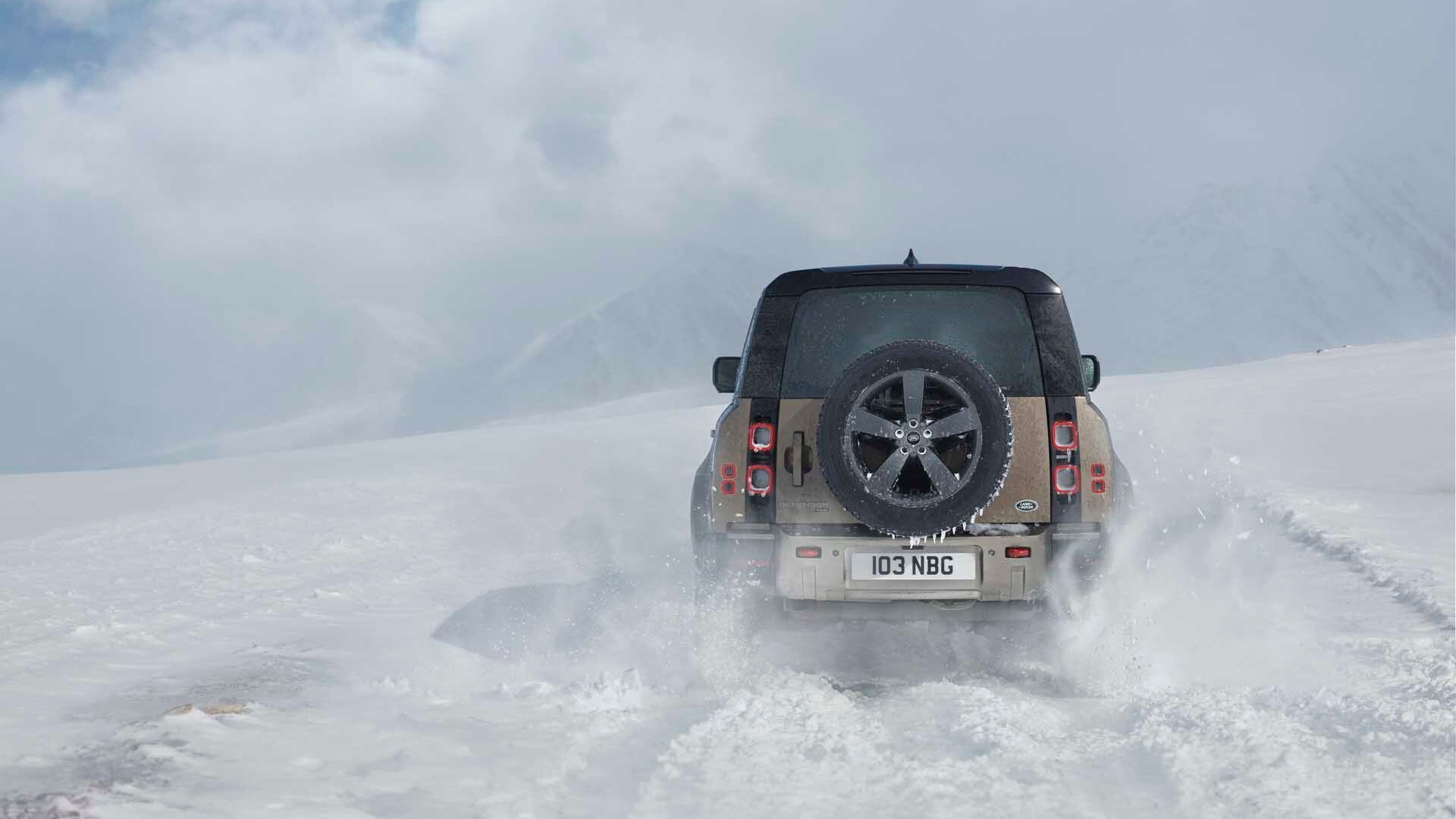 The first examples of the redesigned 2020 Land Rover Defender have finally been delivered in the United States, ending a 23-year stint since the nameplate was last sold here officially.

The newest Defender made its world debut last fall at the 2019 Frankfurt International Motor Show and is available in the U.S. in two body styles, with the bigger, more practical option actually the more affordable.

Though it's yet to be confirmed, a V-8 option and a stretched body style supporting up to eight seats are expected to join the range in the near future.

The new Defender has some big off-roading shoes to fill, and luckily for Land Rover the handsome SUV has a lot going for it. It rides on an aluimum platform and features the stiffest body of any Land Rover yet. It also comes with standard air suspension, permanent four-wheel drive with a low-speed transfer case, a high ground clearance (0.8 inches higher than other Land Rovers), and a massive 35.4 inches of wading depth. Approach, breakover and departure angles come in at 38, 28 and 40 degrees, respectively, and towing capacity is up to 8,200 pounds.

Land Rover also fits its Terrain Response off-road driving mode selector as standard. However, you'll need to pay extra if you want the more advanced Terrain Response 2 version which automatically selects the ideal mode depending on the situation. The configurable version of Terrain Response is also an available feature. This enables drivers to precisely fine-tune the system to suit specific off-road conditions.

For more on the Land Rover Defender, read the in-depth reviews at The Car Connection.