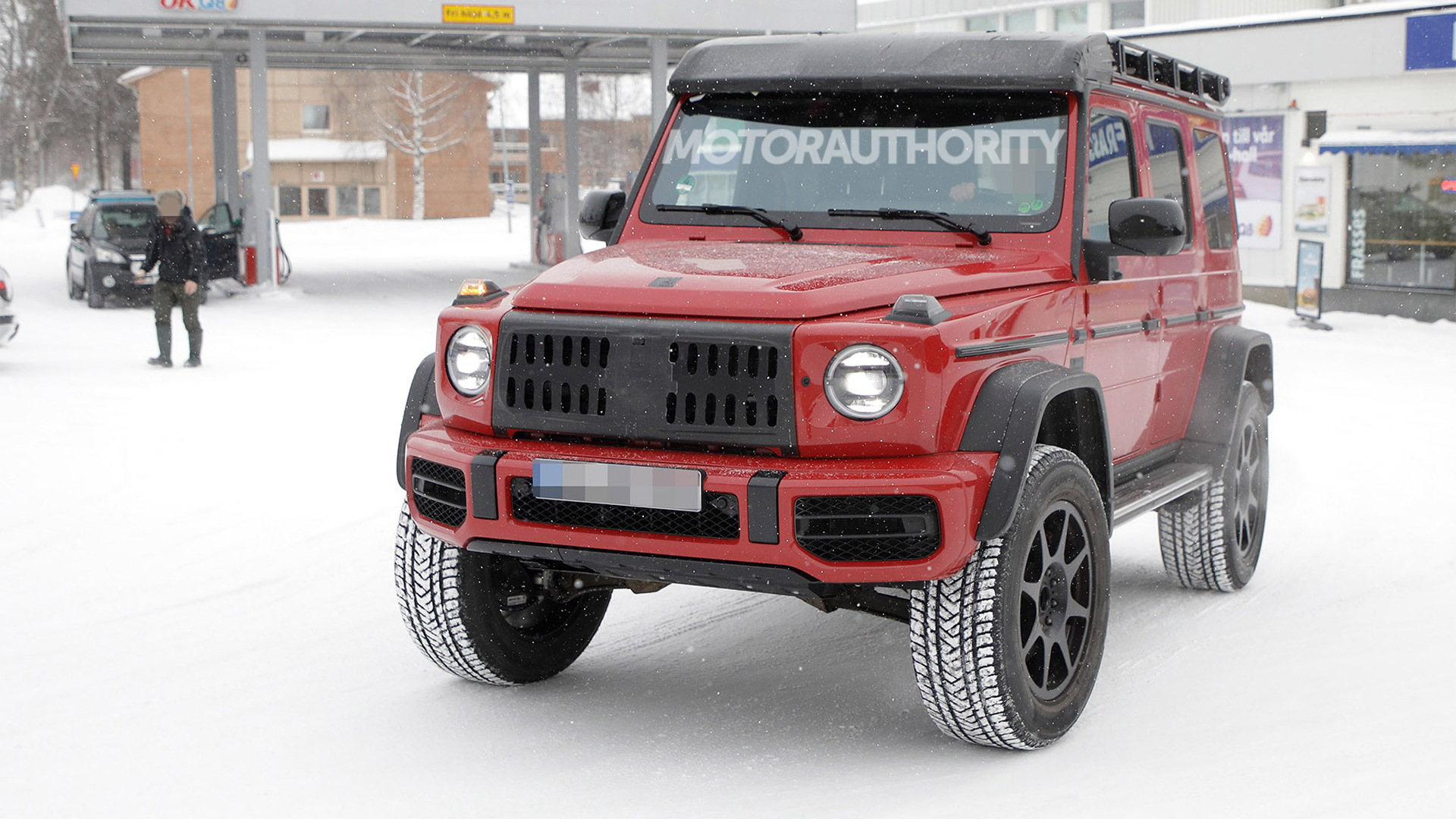 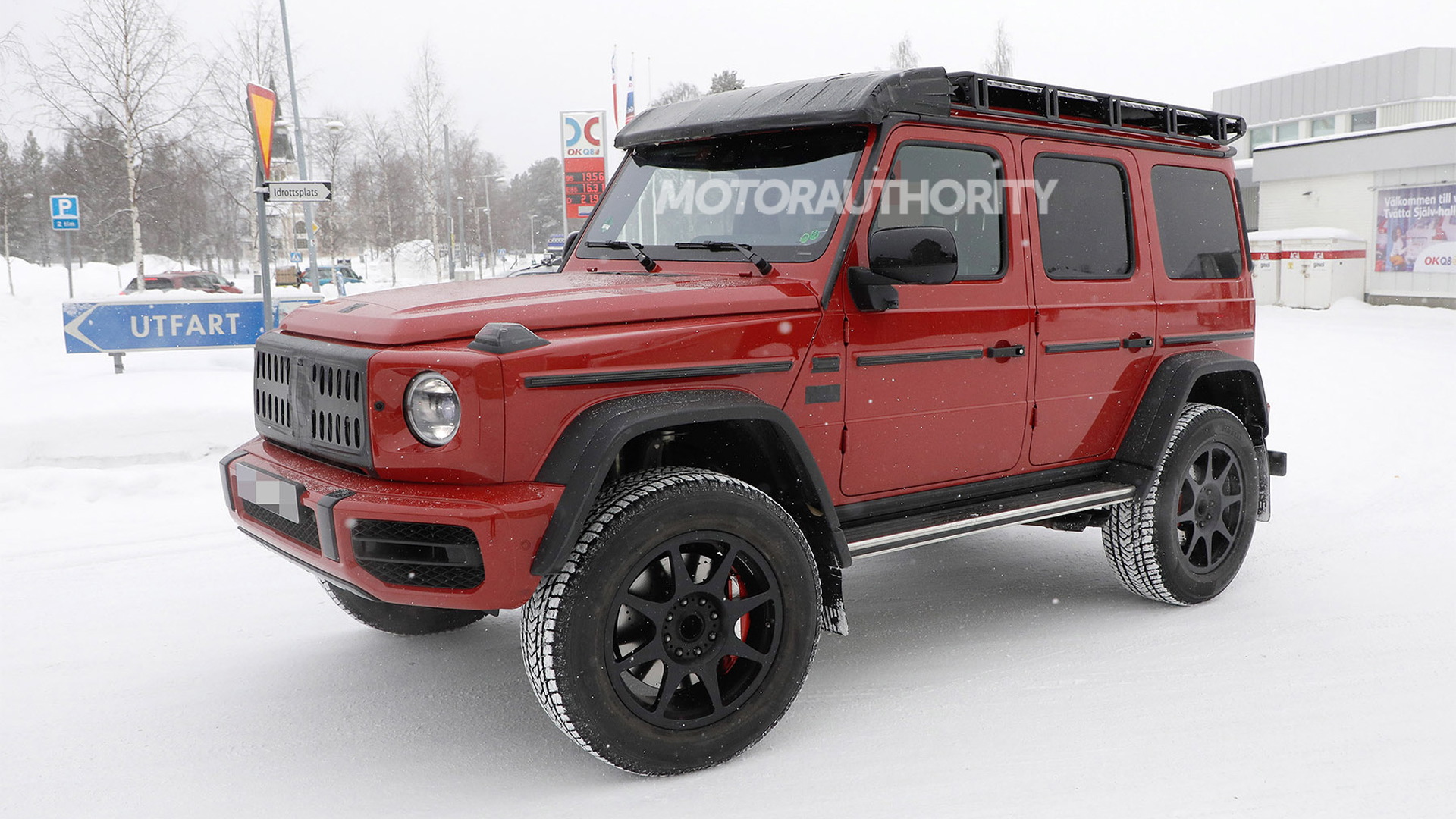 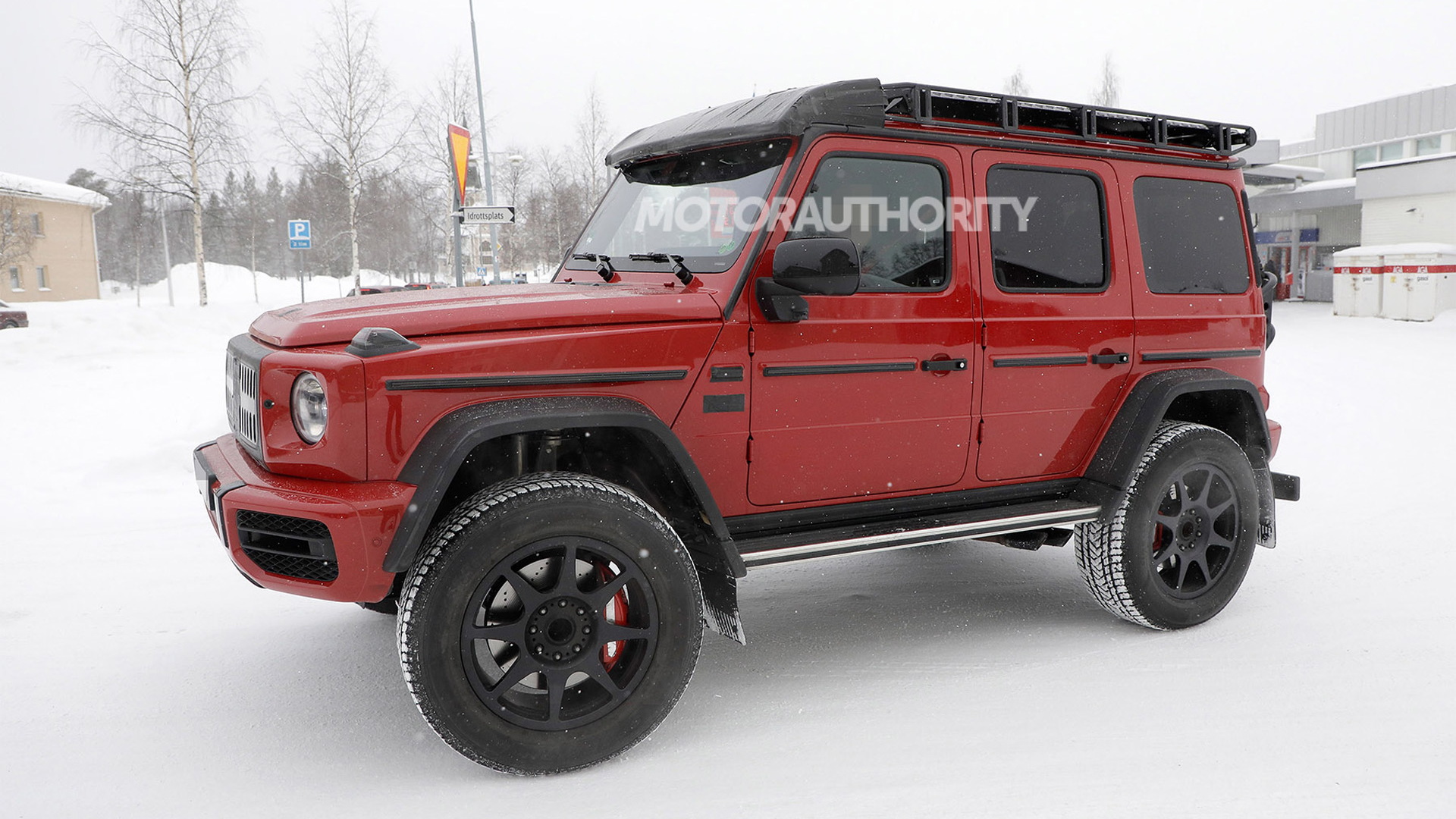 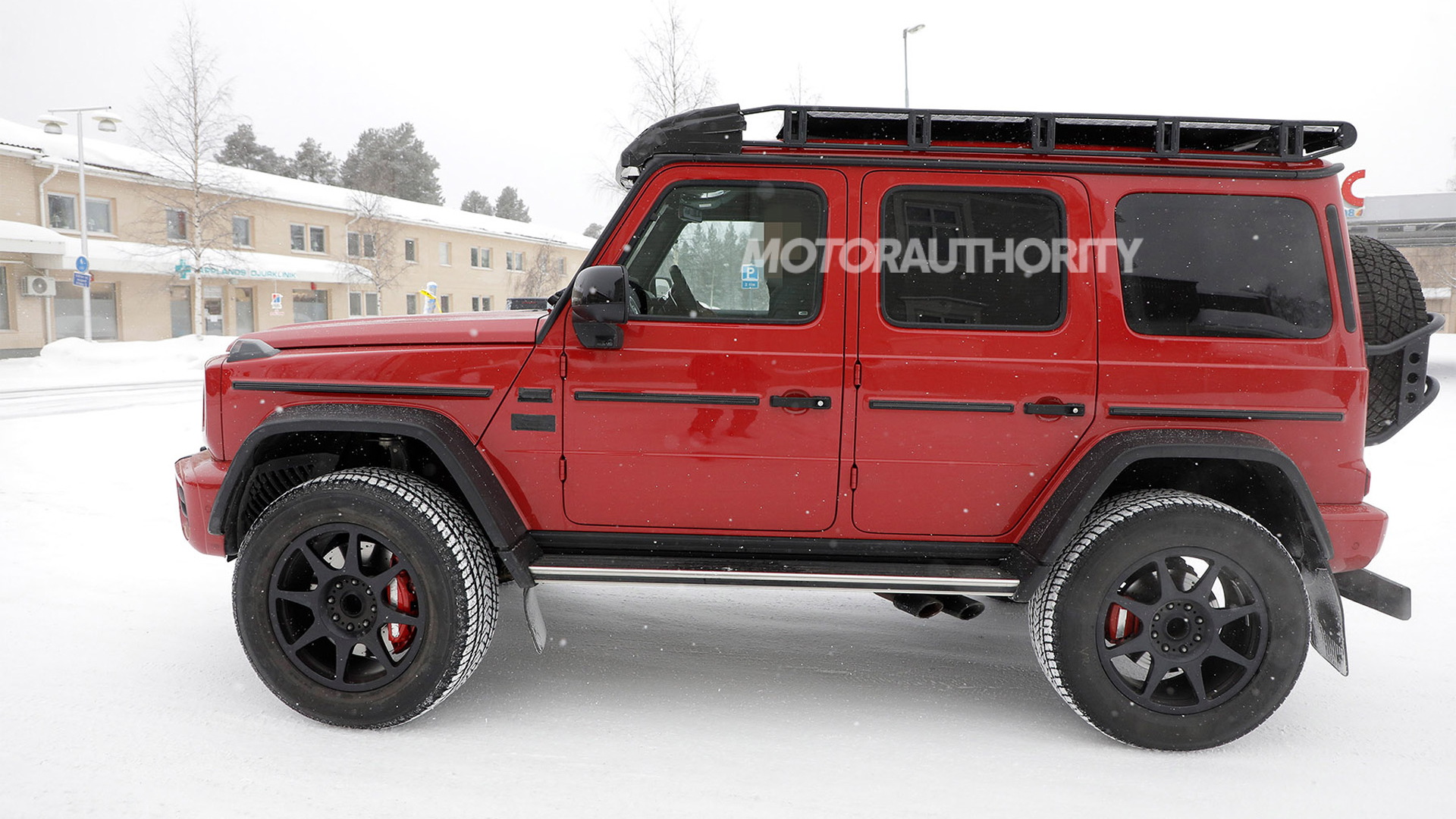 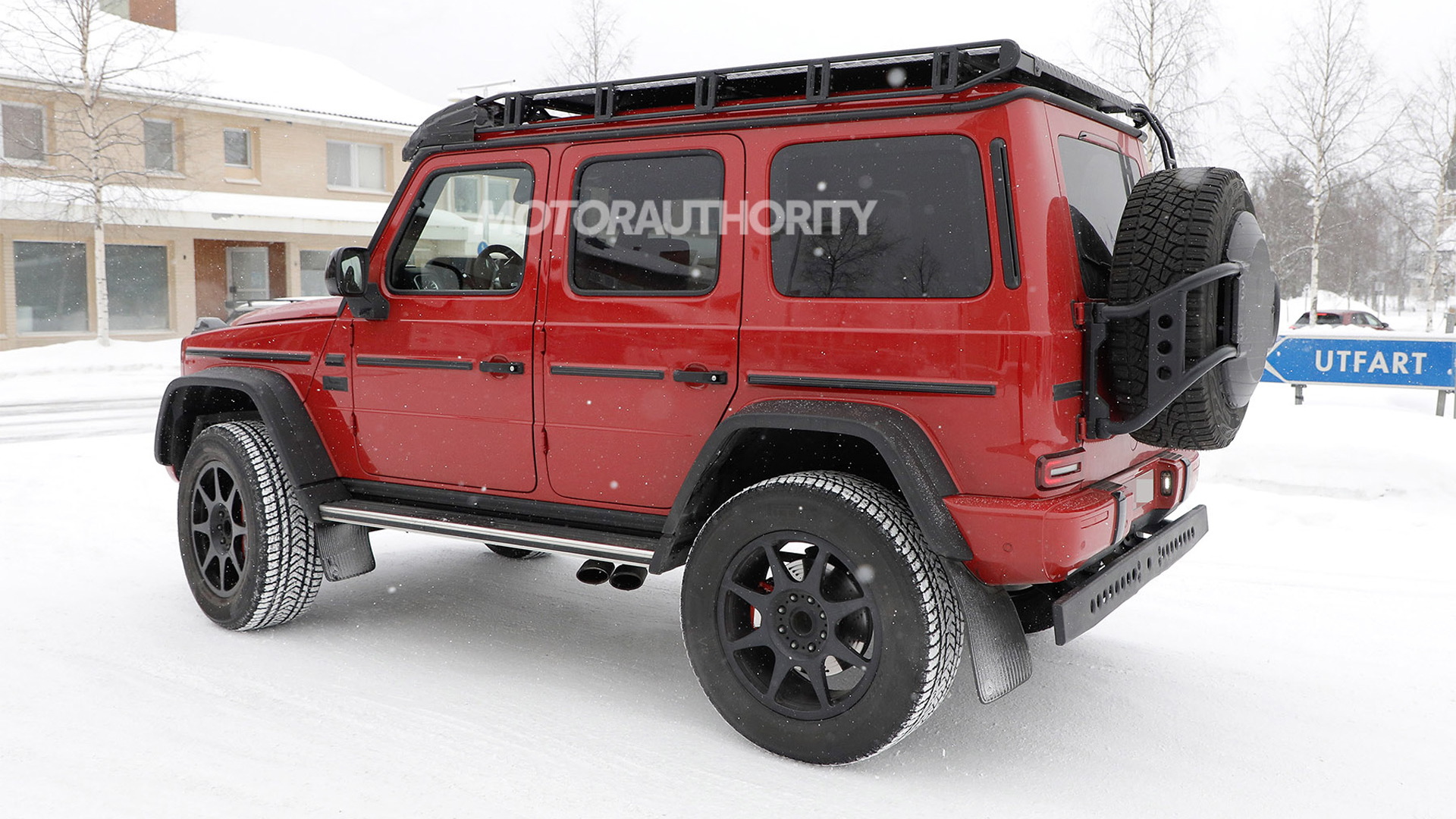 Our spy shots and video show a current-generation G550 with the same fender flares and portal axles as the previous G550 4x4 Squared. There's also a roof rack with a new front section that's camouflaged in some of the shots.

Mercedes hasn't even said it's working on a new G550 4x4 Squared, though given the almost production-ready look of this prototype, the debut can't be far. Look for it to launch later this as a 2023 model, possibly alongside mildly updated versions of the regular G-Class and AMG G63. There's a chance AMG will offer its own version based on the G63 this time around, too.