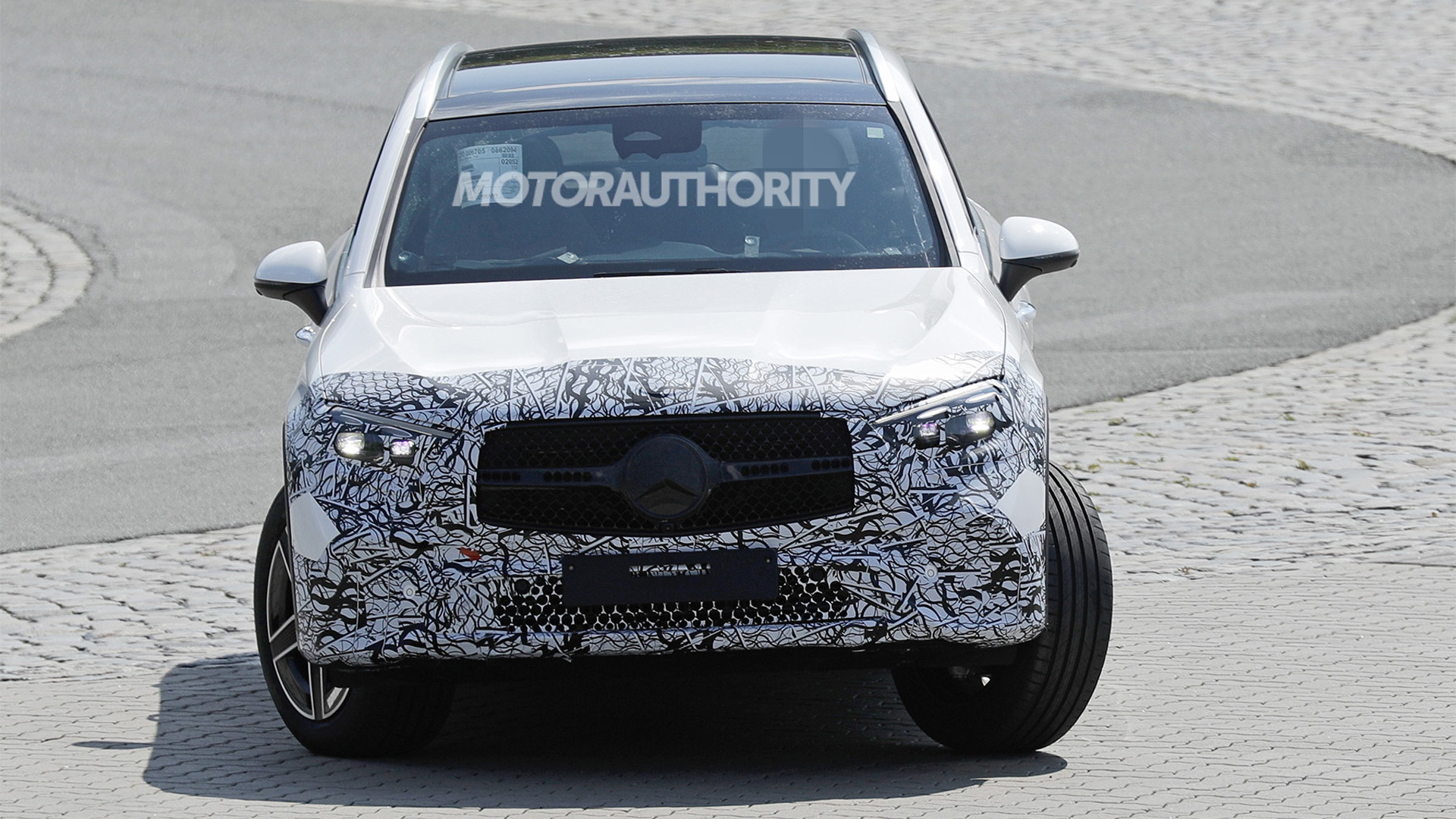 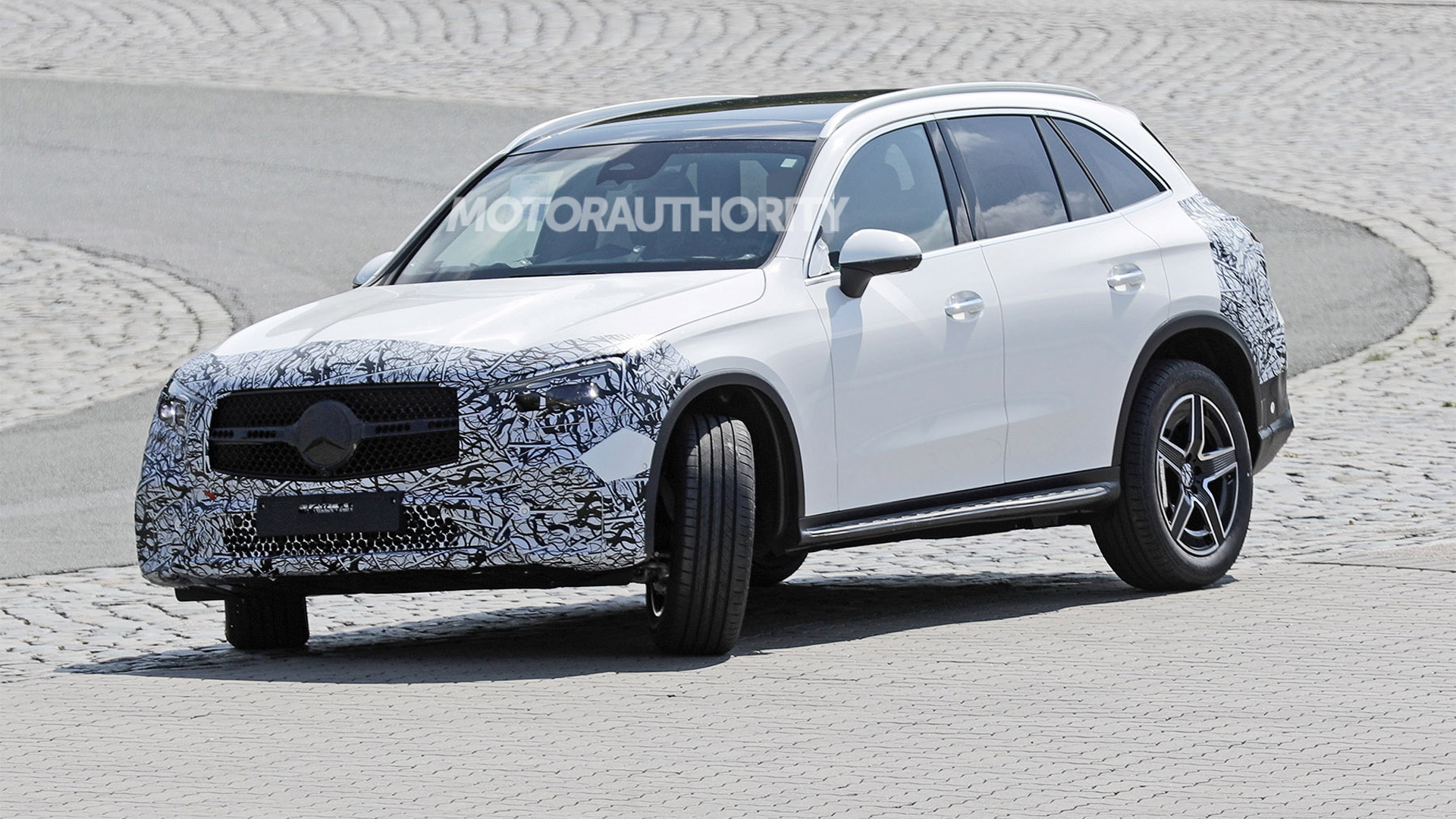 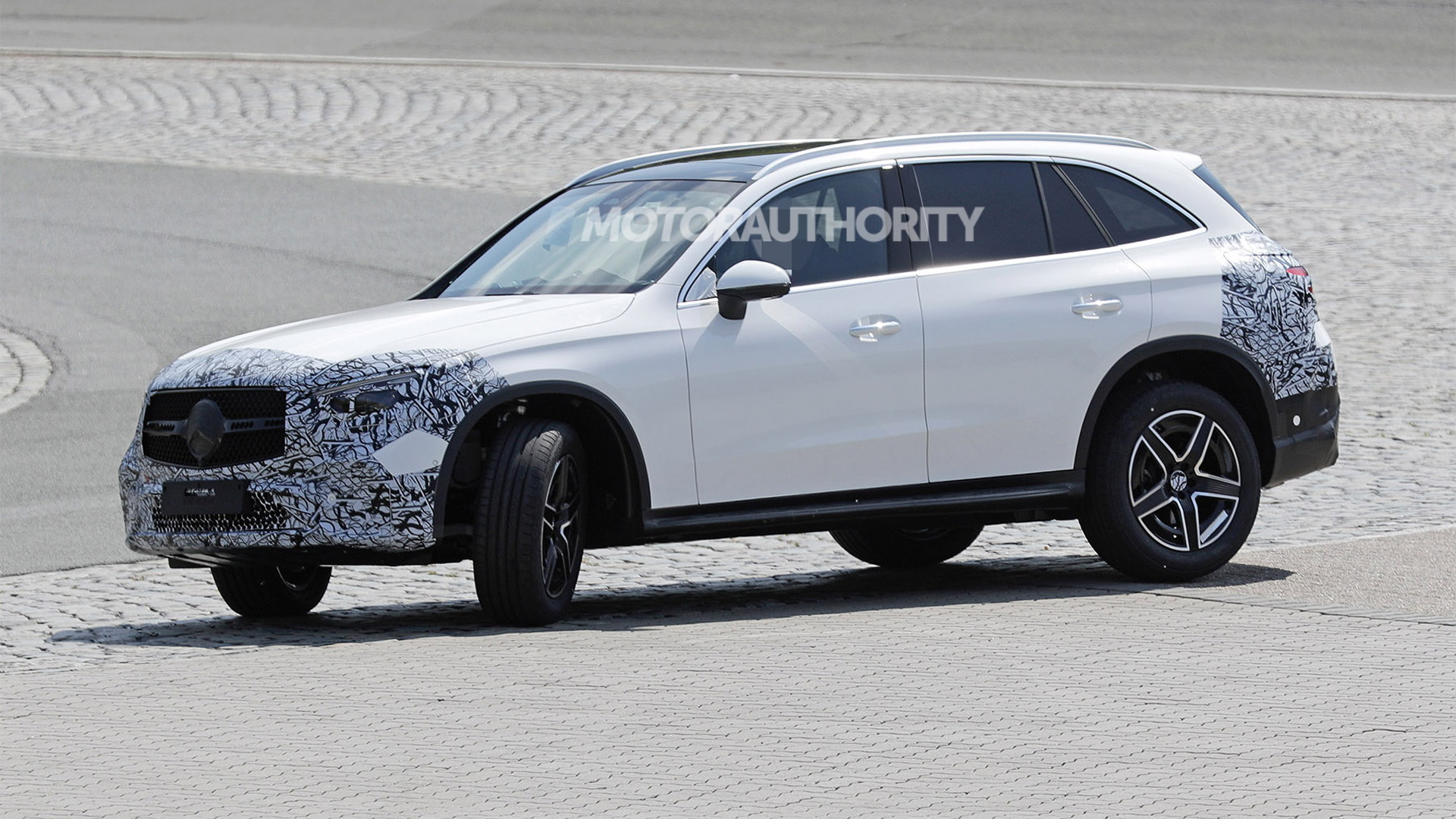 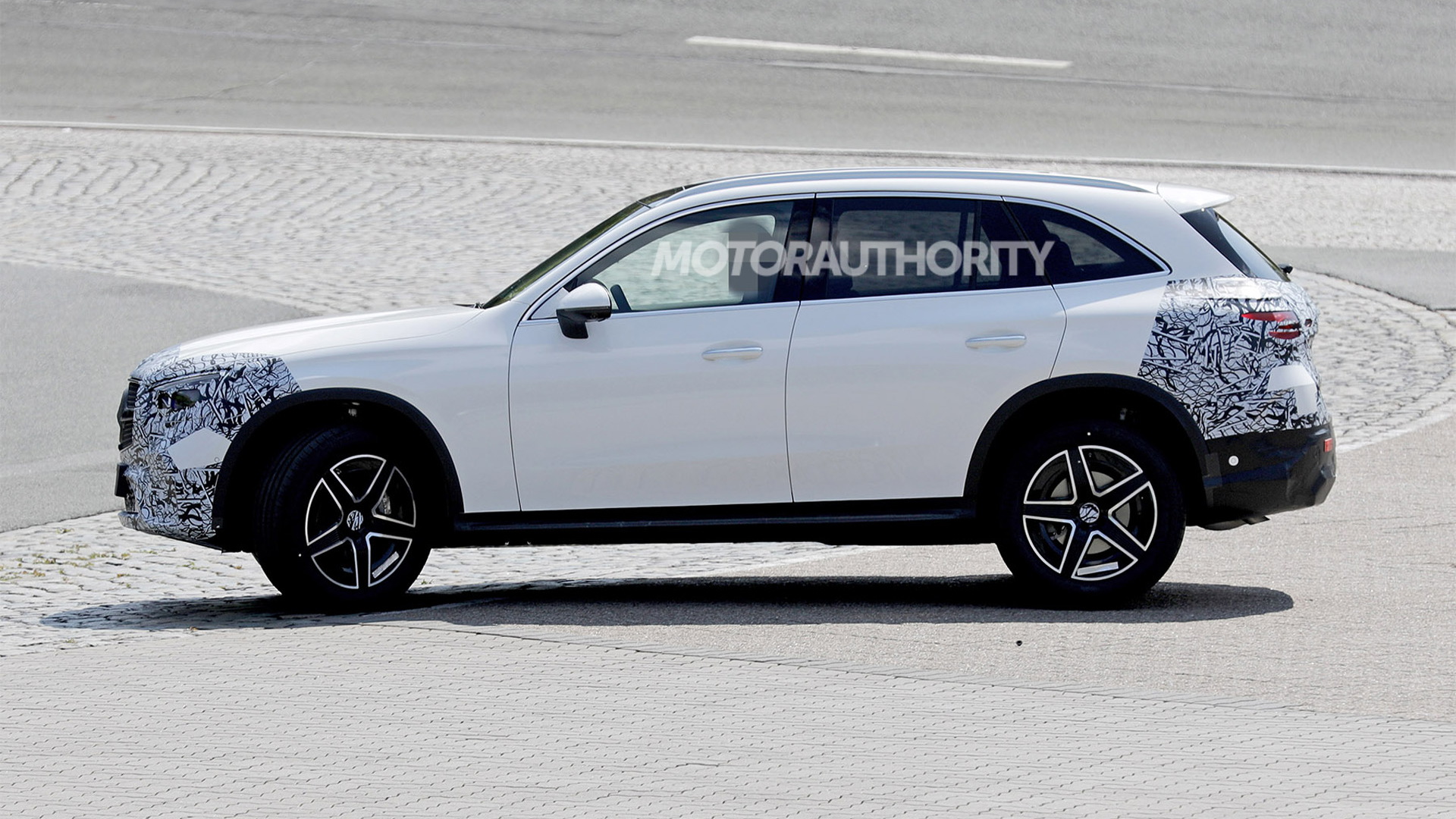 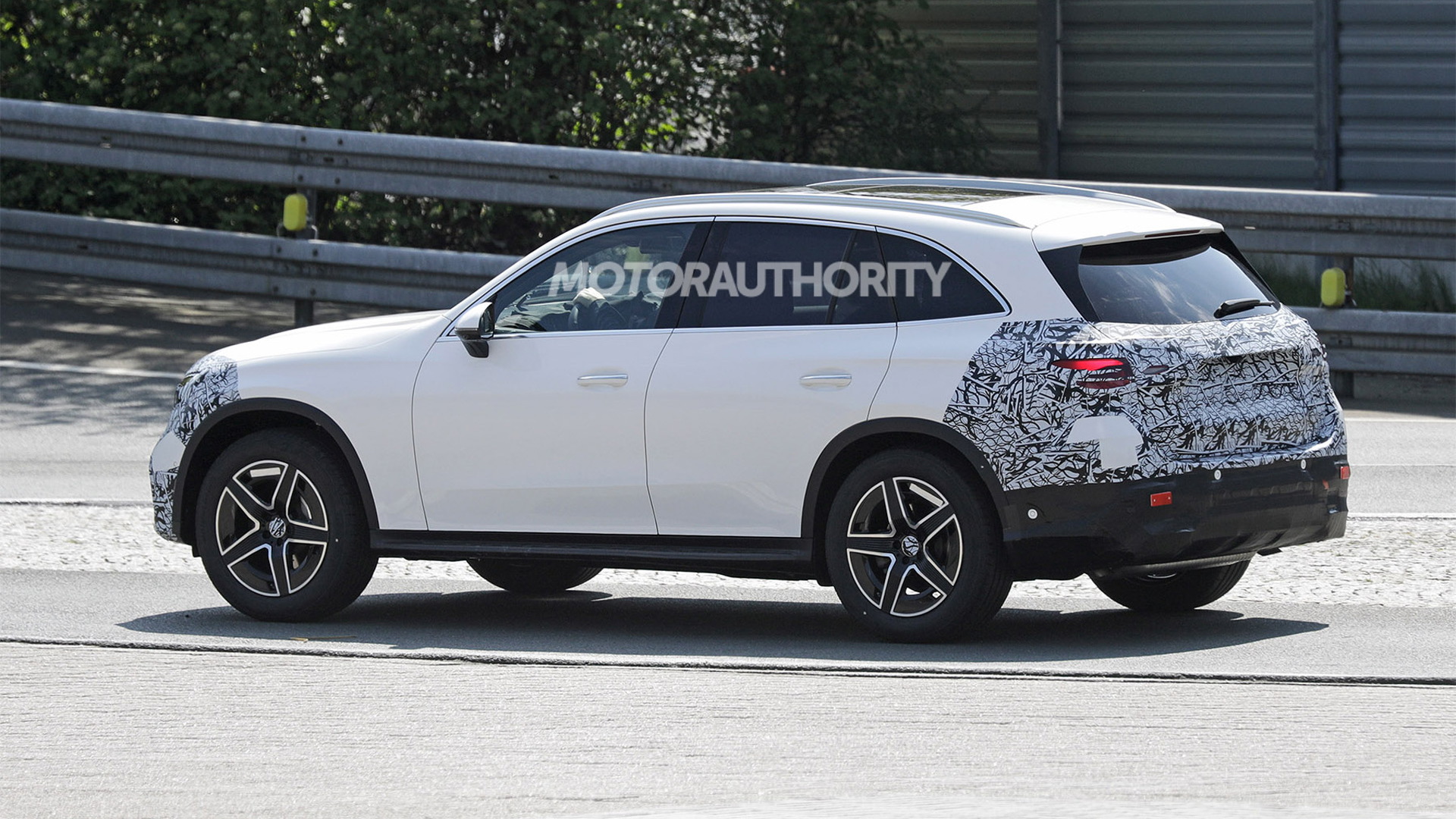 Mercedes-Benz's next-generation GLC-Class has been spotted again, this time with barely any camouflage gear.

The current GLC-Class arrived for 2016 and was given a mid-cycle update for 2020. In Mercedes tradition, we should see the redesigned model arrive later this year as a 2023 model.

The GLC-Class looks to have grown slightly for its next generation, likely to give the recently launched GLB-Class a bit of breathing space while also adding interior space. Nevertheless, the new GLC-Class will still sit in the small crossover segment, where it’s destined to do battle with the likes of the Acura RDX, Audi Q5, BMW X3, Volvo XC60, and new Genesis GV70.

The proportions have also changed slightly. The hood has been stretched and the roofline lowered. The rear haunches also appear to be more pronounced. The resulting look is sleeker and sportier compared to the current model.

Beneath the skin is a platform shared with the redesigned 2022 C-Class, albeit a version designed specifically for high-riding models. In other words, it is an updated version of Mercedes' MHA (Modular High Architecture) platform that underpins the outgoing GLC-Class.

The updated platform brings significant weight savings primarily through increased use of aluminum over steel. This was made possible due to advanced joining technologies including aluminum to steel welding. All-wheel steering also features, helping to improve manoeuvrability in tight parking situations.

The standard powertrain here in the U.S. will be a 2.0-liter turbocharged inline-4 coupled with mild-hybrid technology. The engine will deliver 255 hp and 295 lb-ft of torque on its own, with a motor-generator integrated with the transmission able to add 23 hp and 147 lb-ft, as well as recover energy under braking. More powerful AMG options are also coming, also with 4-cylinder engines in hybrid configurations. These will once again include a GLC 43 and GLC 63.

Inside the cabin, a 12.3-inch digital instrument cluster will greet the driver as standard. This will be joined by a 11.9-inch screen in the center stack serving as the hub for a second-generation version of Mercedes' MBUX infotainment system. Other new technologies, either standard or available, will include matrix LED headlights with projection functions, navigation that displays house numbers and also offers augmented reality, and a special off-road menu with a drive mode that offers transparent hood technology.

Also available should be a repeat of the GLC-Class Coupe body style. It should arrive about six months to a year after the regular GLC-Class.