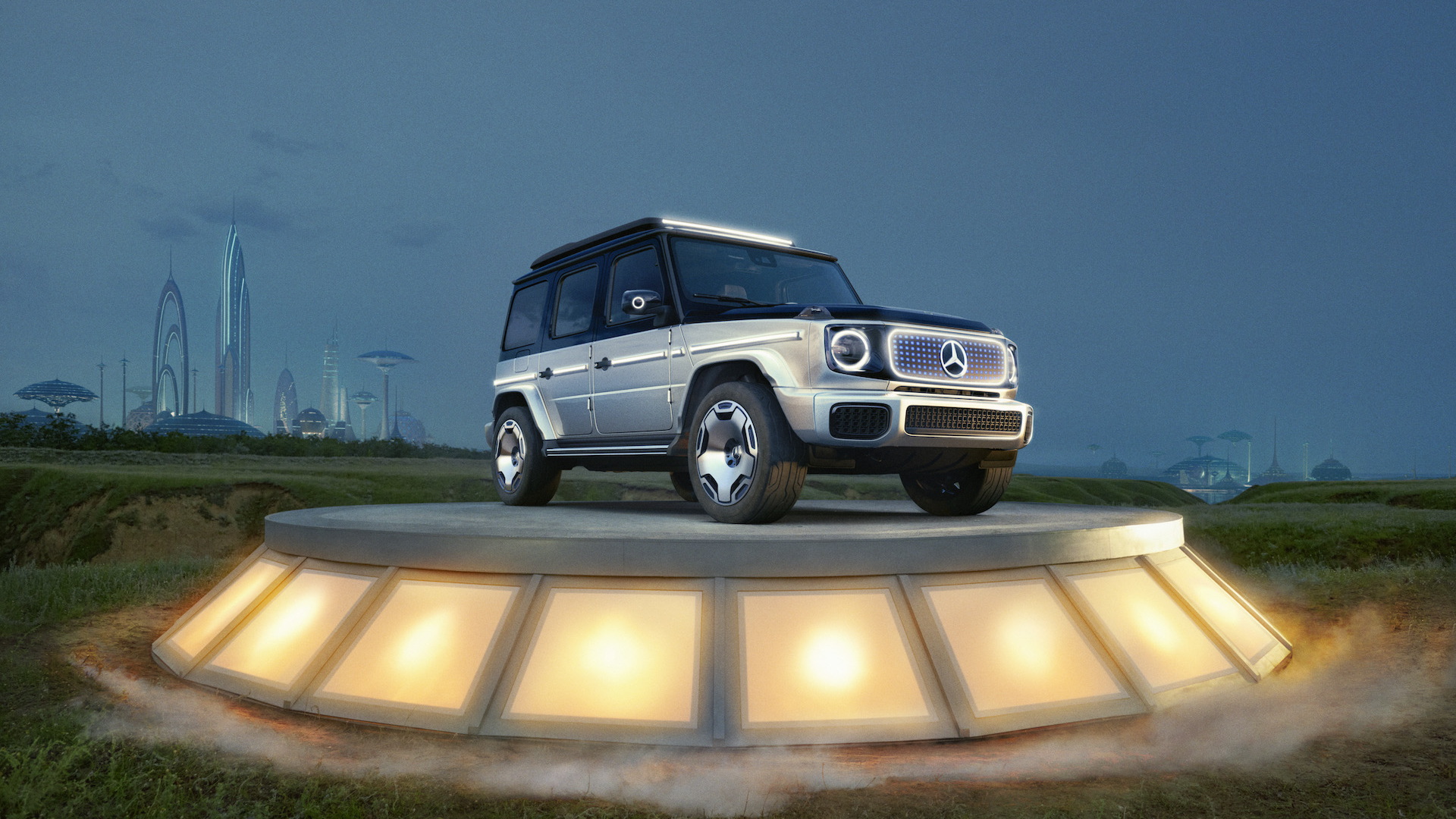 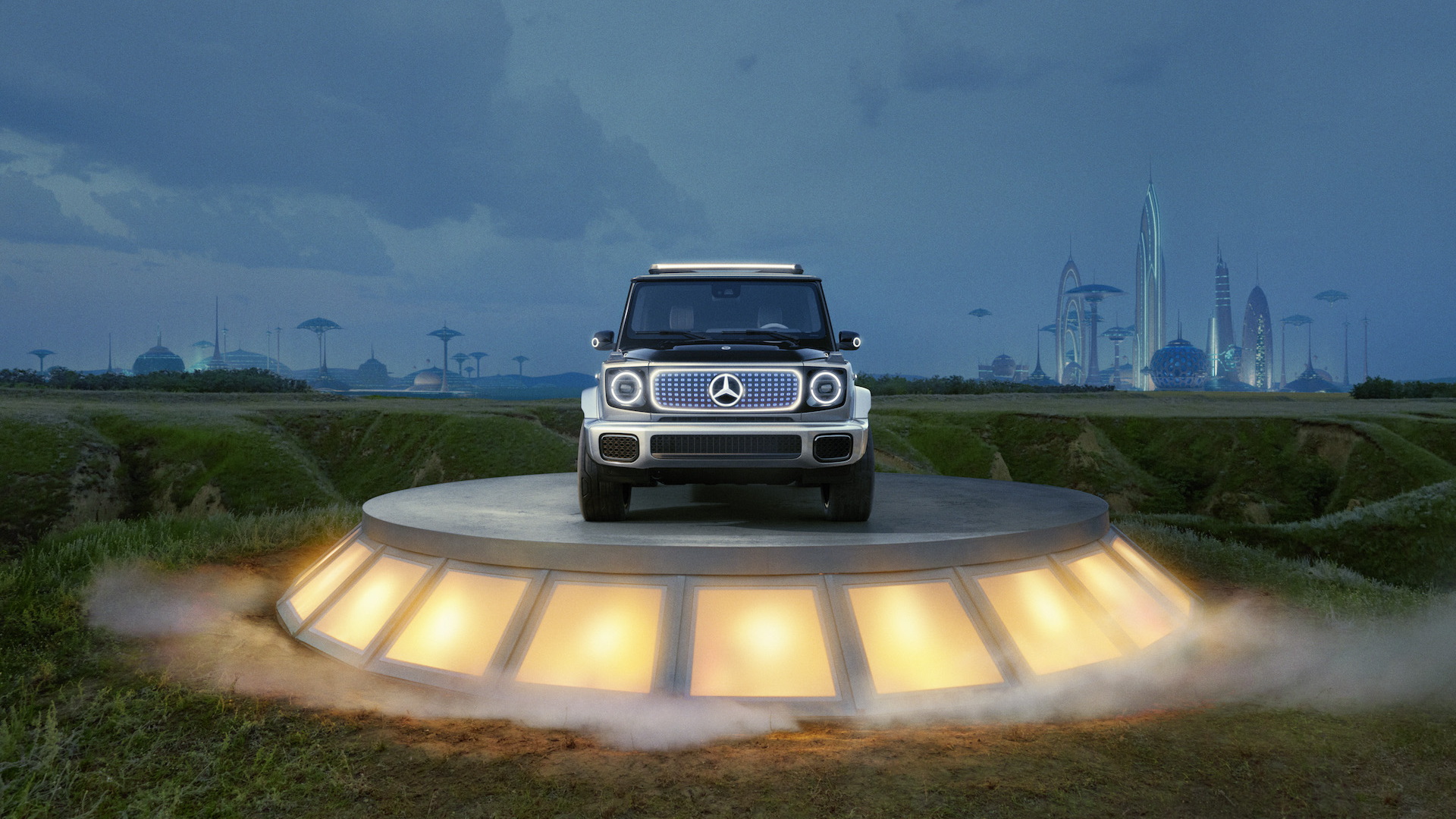 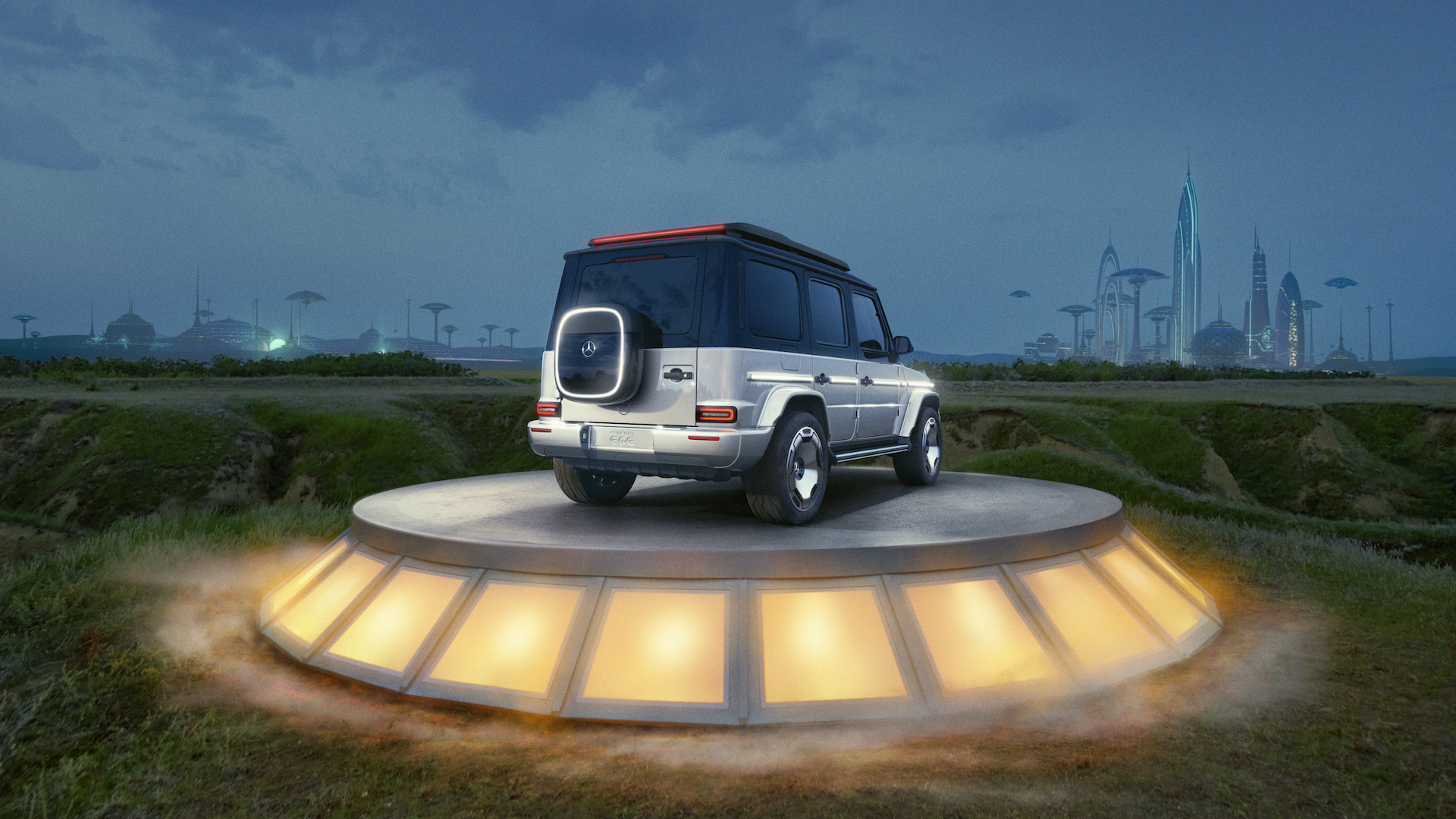 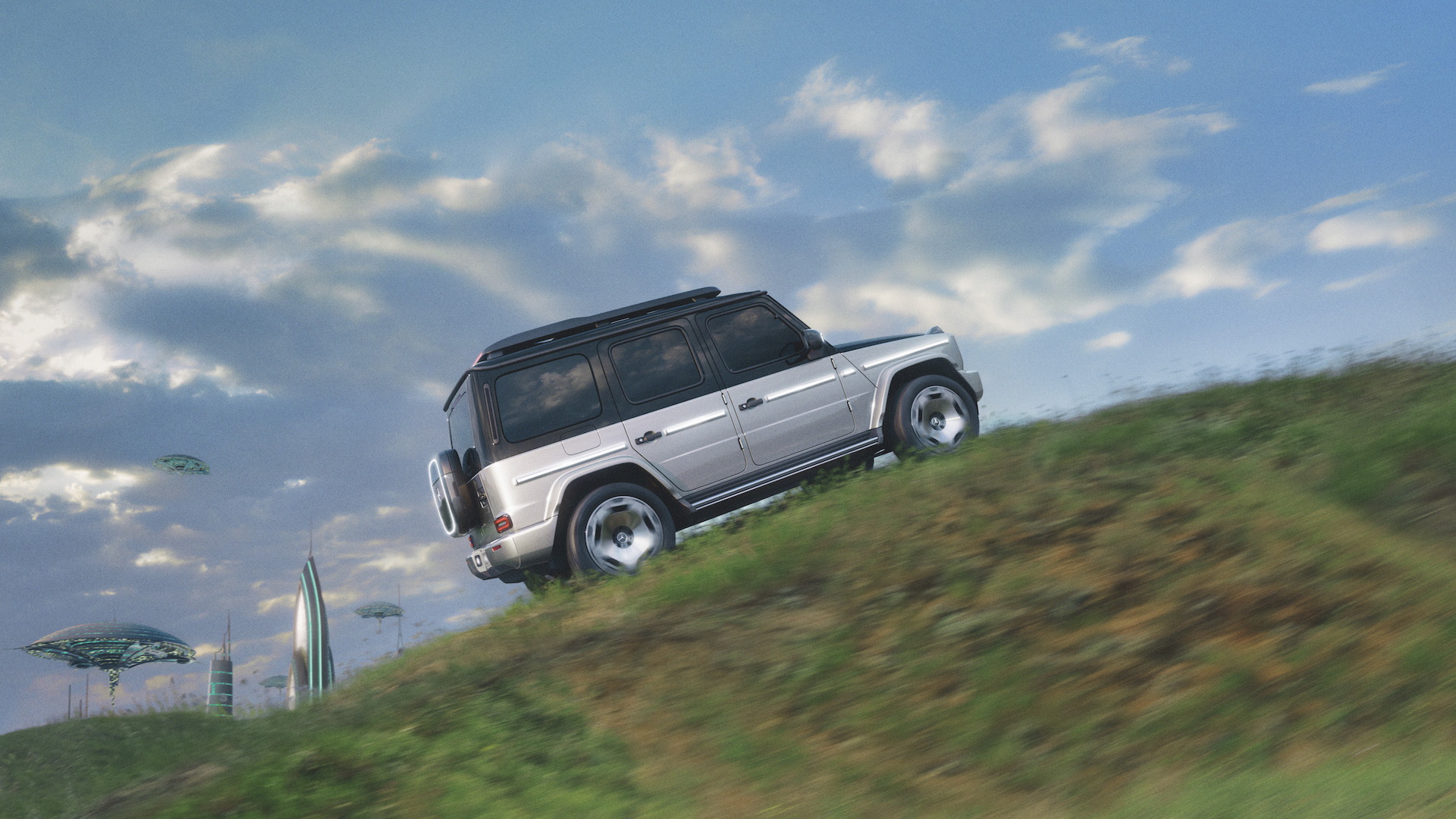 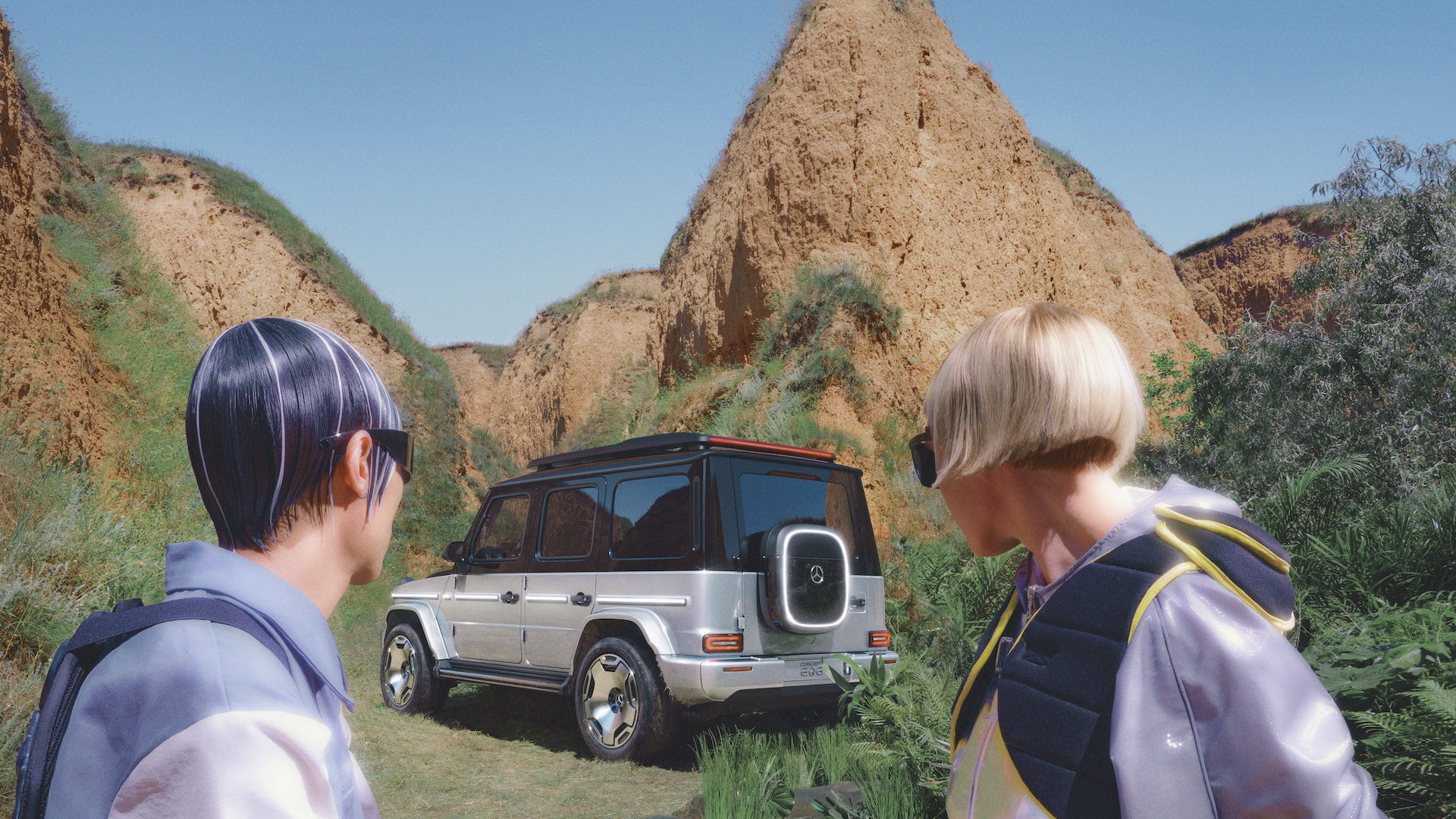 The Mercedes-Benz G-Class has been an off-road luxury icon for more than 40 years. On Sunday, Mercedes revealed the EQG Concept, which shows the big SUV has an electric future.

Mercedes calls the EQG a near-production study of an all-electric variant of the G-Class, and says it will test the production-intent version on the 4,741-foot high Schockl mountain in Graz, Australia, at the end of its development to prove its off-road capabilities. Graz has a 3.5-mile off-road course with up to 60-degree gradients.

Those capabilities start with a ladder frame that houses the batteries. Four electric motors are used, one near each wheel. Mercedes says off-road drive reduction is available through a shiftable 2-speed gearbox.

Other than the fact that the concept rides on 22-inch wheels, that's about all the mechanical information Mercedes shared. No information was provided on power output, battery size, range, or suspension technology.

However, the EQG Concept shows a very likely design for the forthcoming electric G-wagen. It has the same upright silhouette, squared-off shapes, and round headlights of the classic G, but it also incorporates new design cues from the brand's electric vehicles. A front black panel replaces a grille, and it has an illuminated ring and an illuminated Mercedes logo.

The protective strips along the side of the body are also illuminated. The signature rear-mounted spare is replaced by a box that could hold a charging cable. The flat roof rack has an LED light strip along its front edge to mimic an off-road searchlight, while a red rear light aids the brake lights.

On the whole, the G-Glass look is there, but some of the lines are softer and more rounded.

Expect the EQG to spawn an electric G-Class within the next few years.