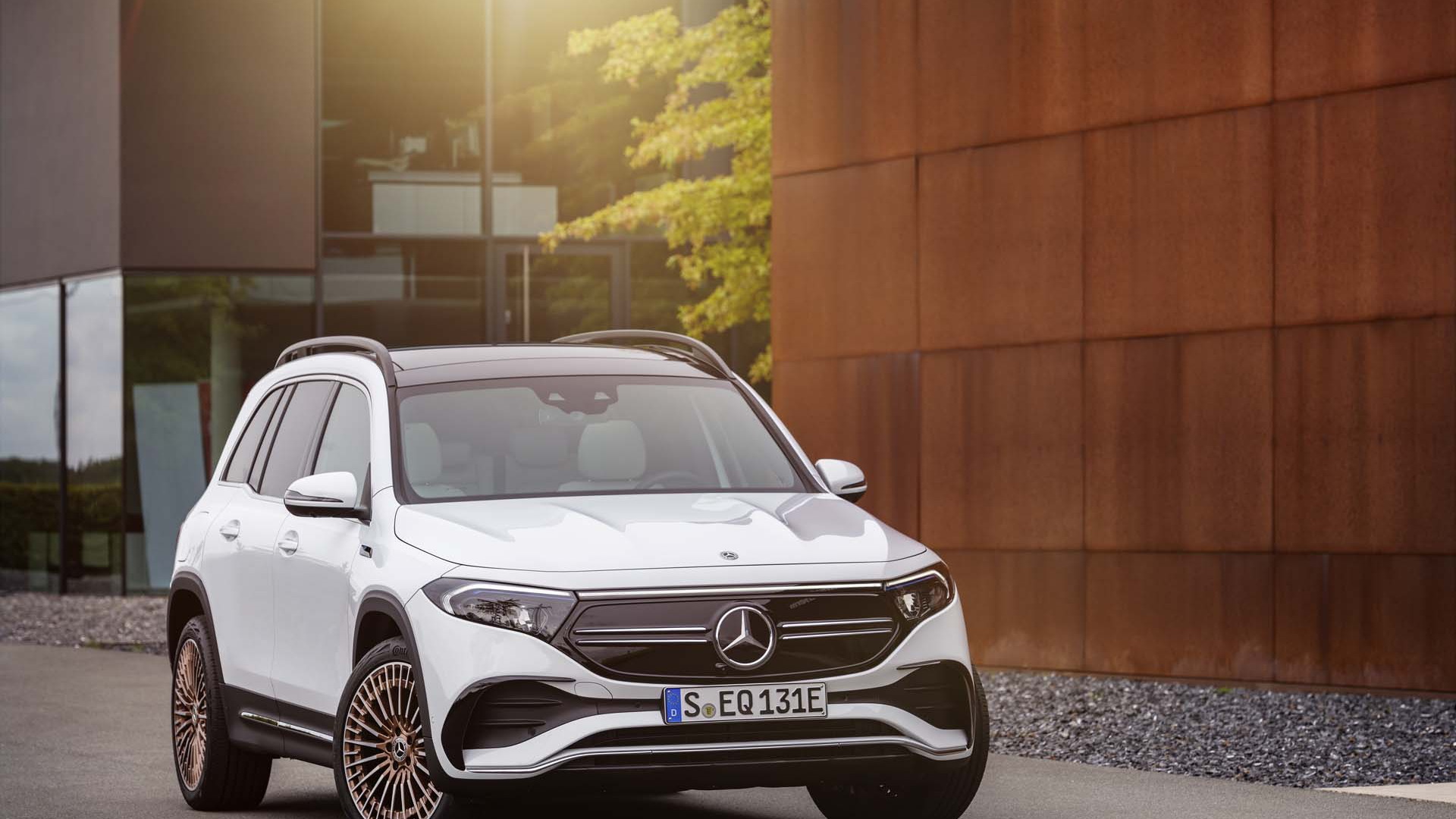 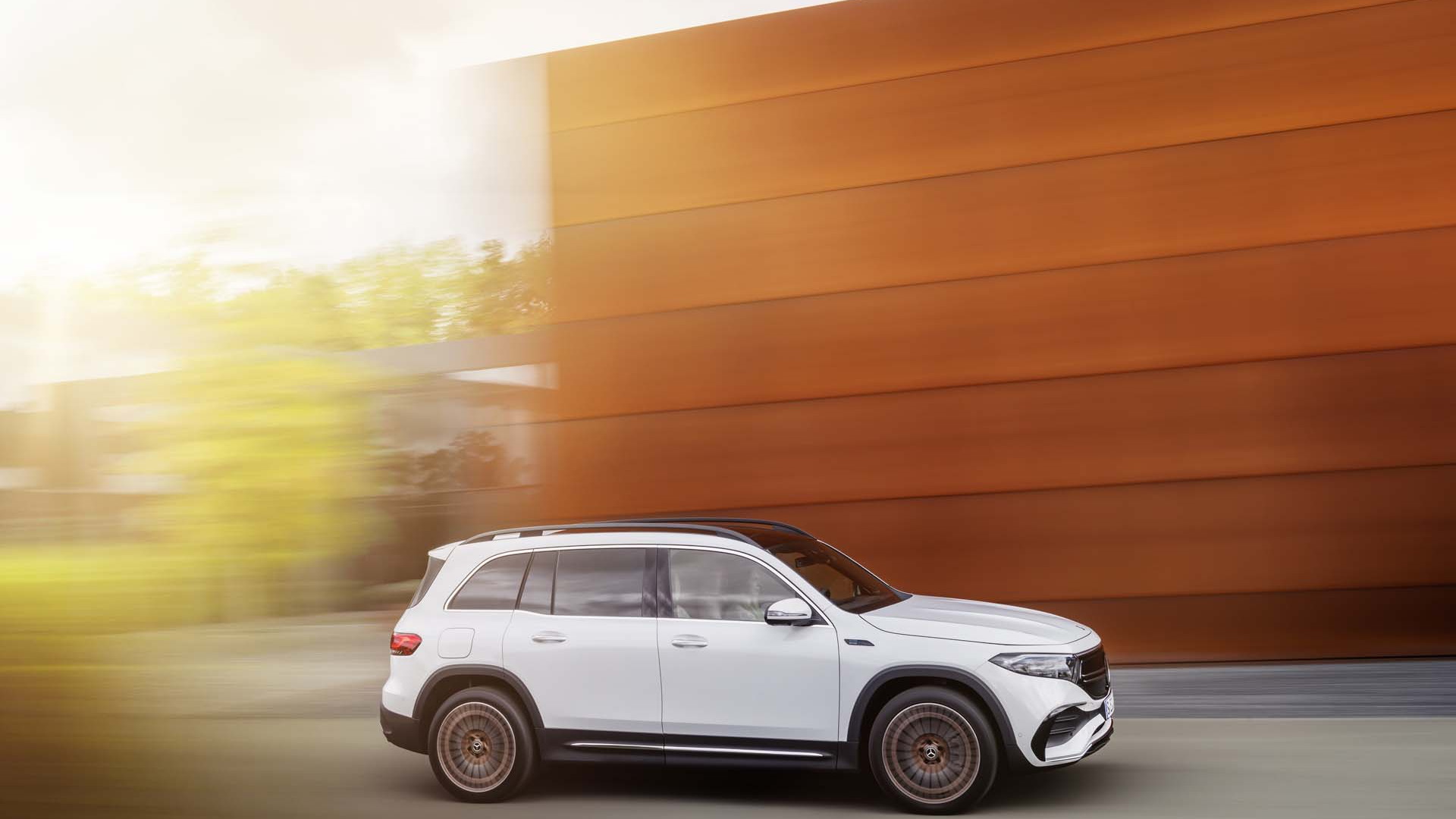 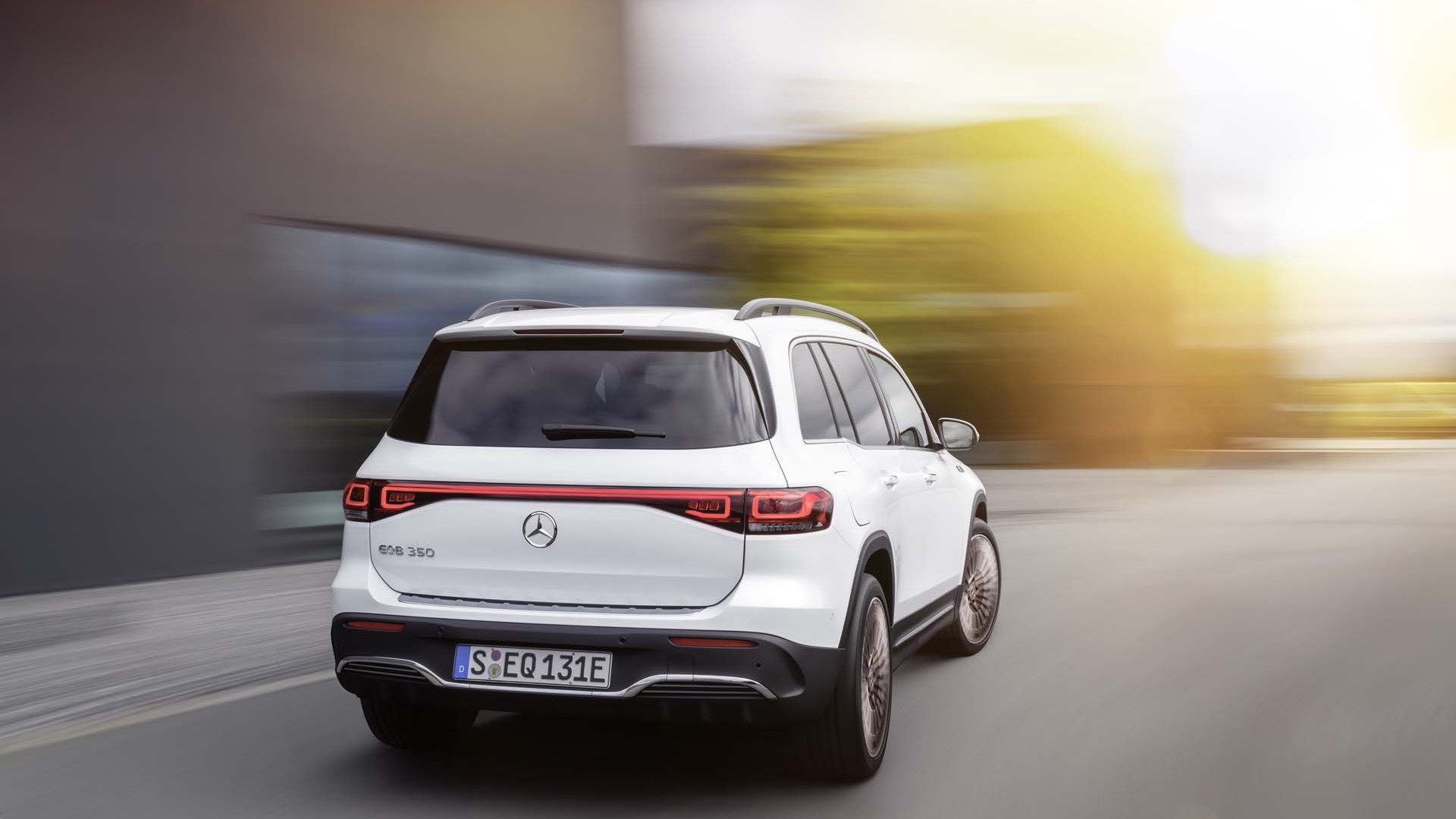 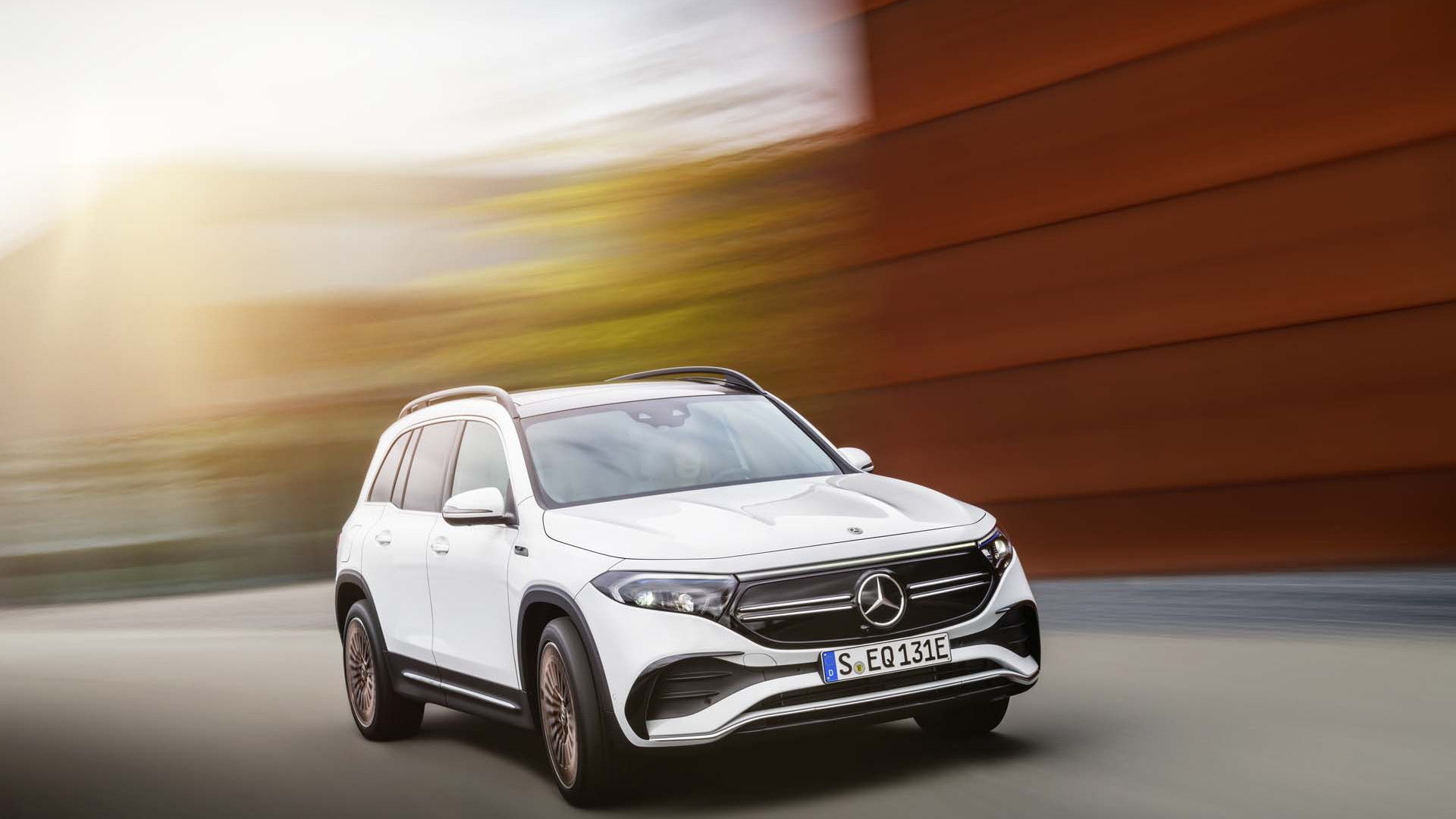 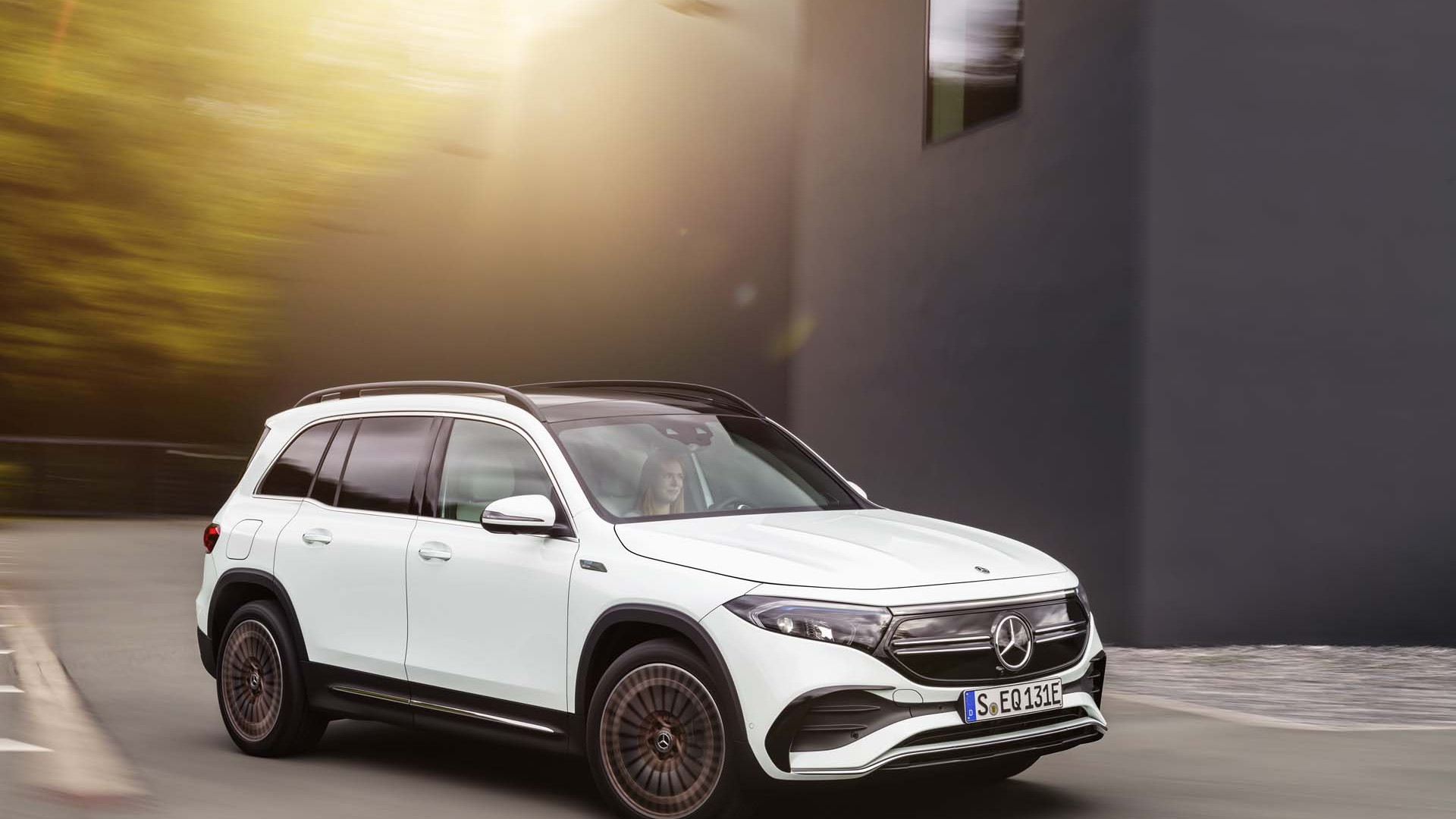 Mercedes-Benz used Auto Shanghai 2021 in April to present yet another addition to its growing stable of EQ electric vehicles, but at the Munich show on Sunday the automaker released more details about its smallest electric crossover SUV.

Mercedes confirmed to start sales in the United States in 2022. The version shown is for the European market but the U.S.-spec EQB should be similar.

The EQB is essentially an electric version of the gas-powered GLB-Class which is already on sale here. Mercedes also has an EQA based on the slightly smaller GLA-Class crossover, but we don't expect this model to reach the U.S. 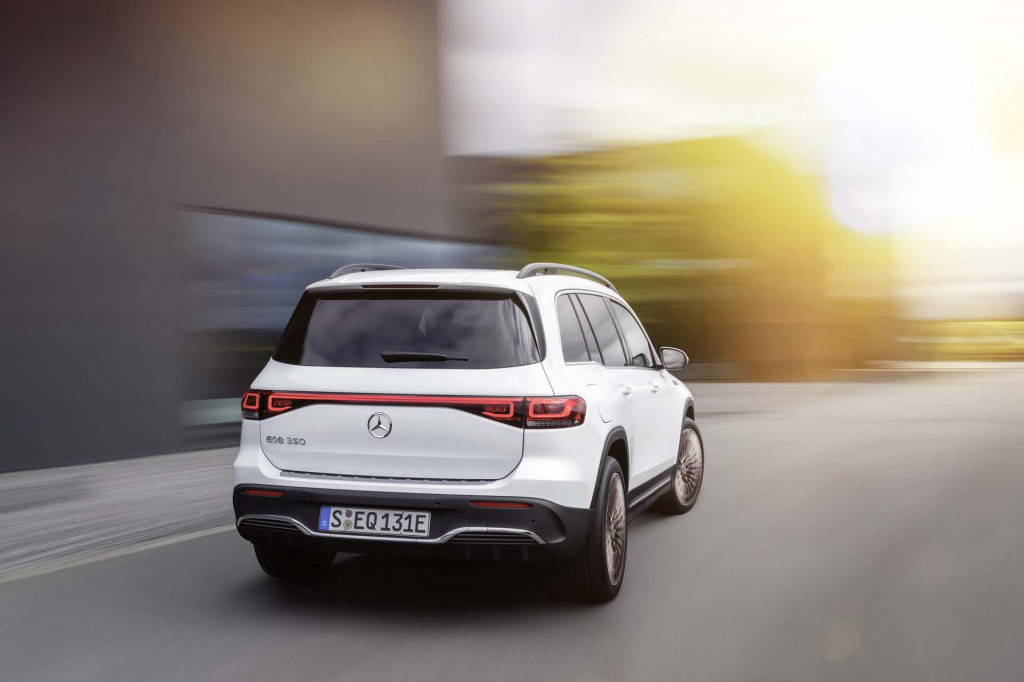 Compared to the GLB-Class, the EQB benefits from unique styling treatments front and rear, including the addition of new lights. It's not purely for aesthetics as the sealed-off grille of the EQB helps to improve aero efficiency and as a result optimize range.

The interior is pretty much a match with the GLB-Class, though the navigation system is designed specifically for electric mobility. It incorporates GPS data, traffic sign recognition and info from several vehicle sensors to help overall efficiency and provide accurate info on range. For instance, it takes into account the route's topography and even weather, and is able to react dynamically to changes. It also knows when to bring the battery to optimal temperature for charging before a planned charging stop.

Unlike the recently revealed 2022 EQS electric sedan, the EQB doesn't ride on a dedicated EV platform. Instead, it uses an electric version of the MFA2 platform found in Mercedes' compact range, including the GLB-Class. The EQB is being launched with an 300 and 350 model. Both will have a dual-motor all-wheel-drive system powered by a 66.5-kilowatt-hour capacity. The 300 model will have 225 hp and 288 lb-ft of torque while the 350 will have 288 hp and 384 lb-ft of torque. Mercedes hasn't released performance specifications yet. 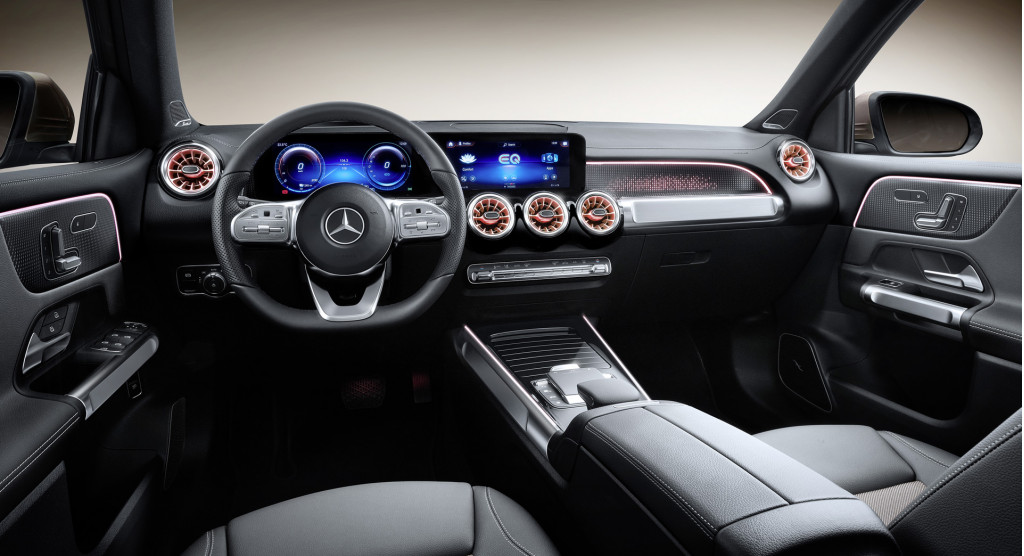 Mercedes said the EQB will have up to 260 miles of range, but that is based on the European WLTP cycle that is notoriously higher than the U.S. EPA system. Charging at up to 100 kilowatts is possible, which will enable a 10-80 percent charge in a little over 30 minutes.

Specifications for the U.S. market will be announced closer to next year's launch.

Production of the EQB will be handled at plants in China and Hungary.