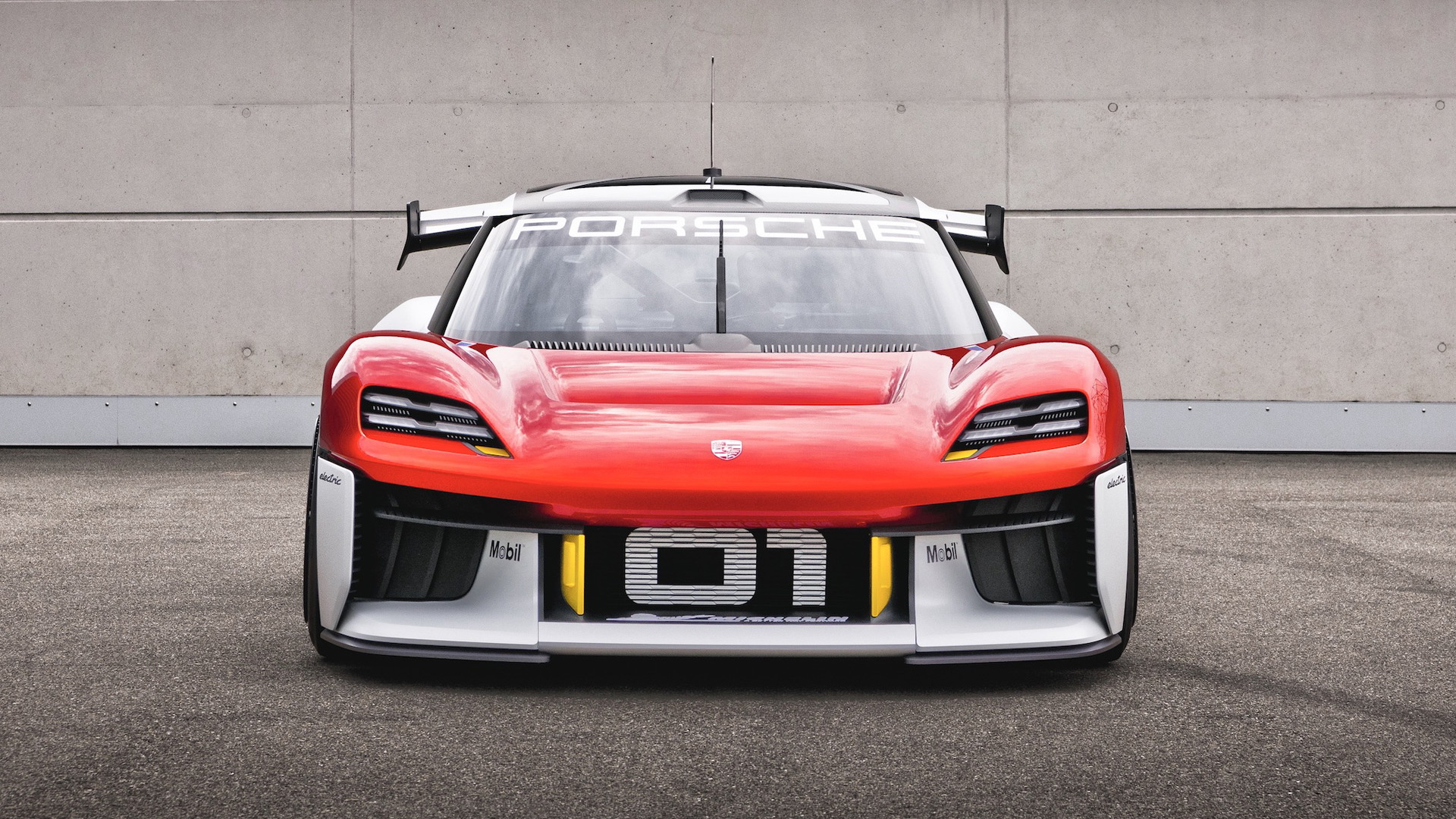 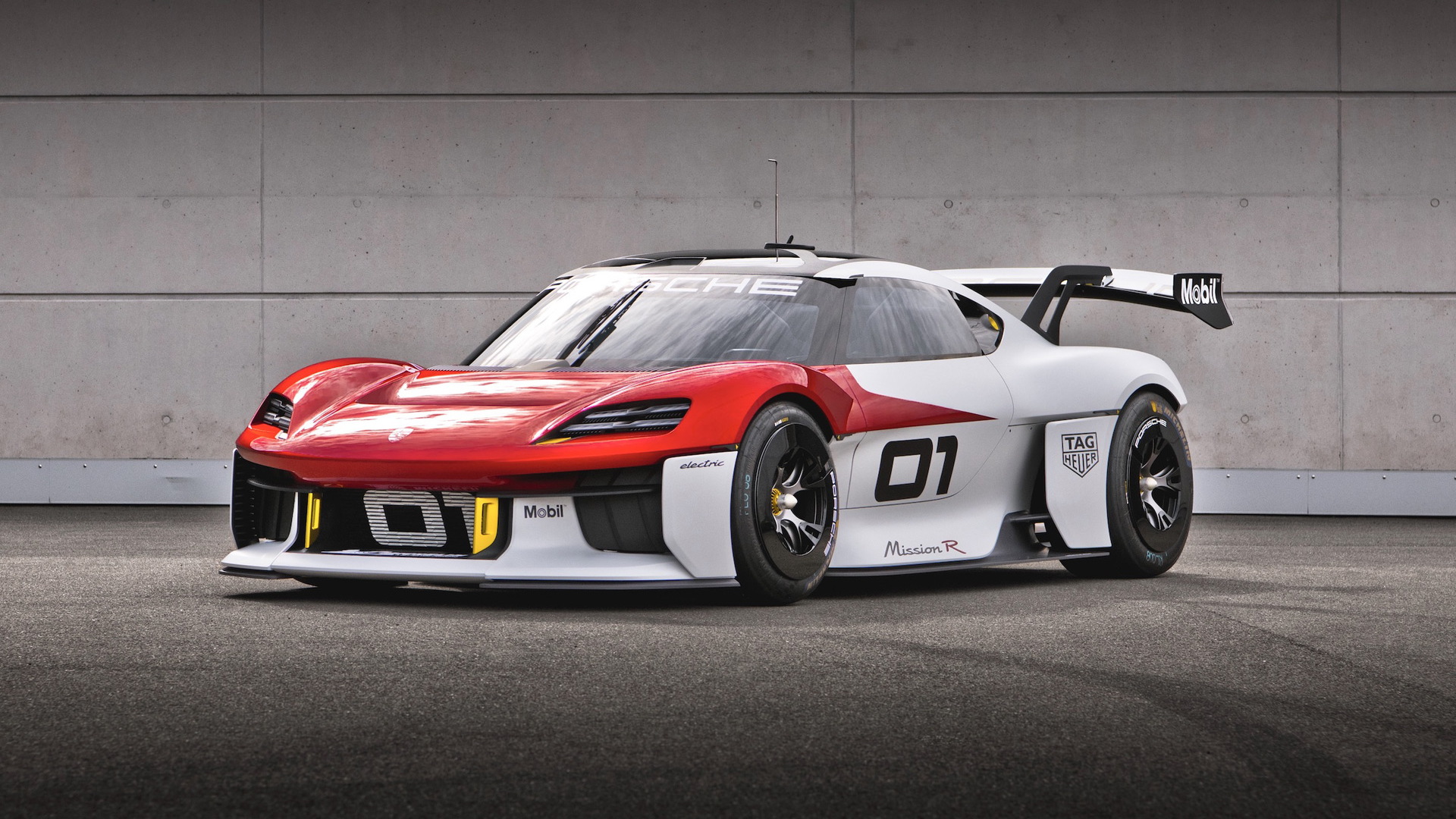 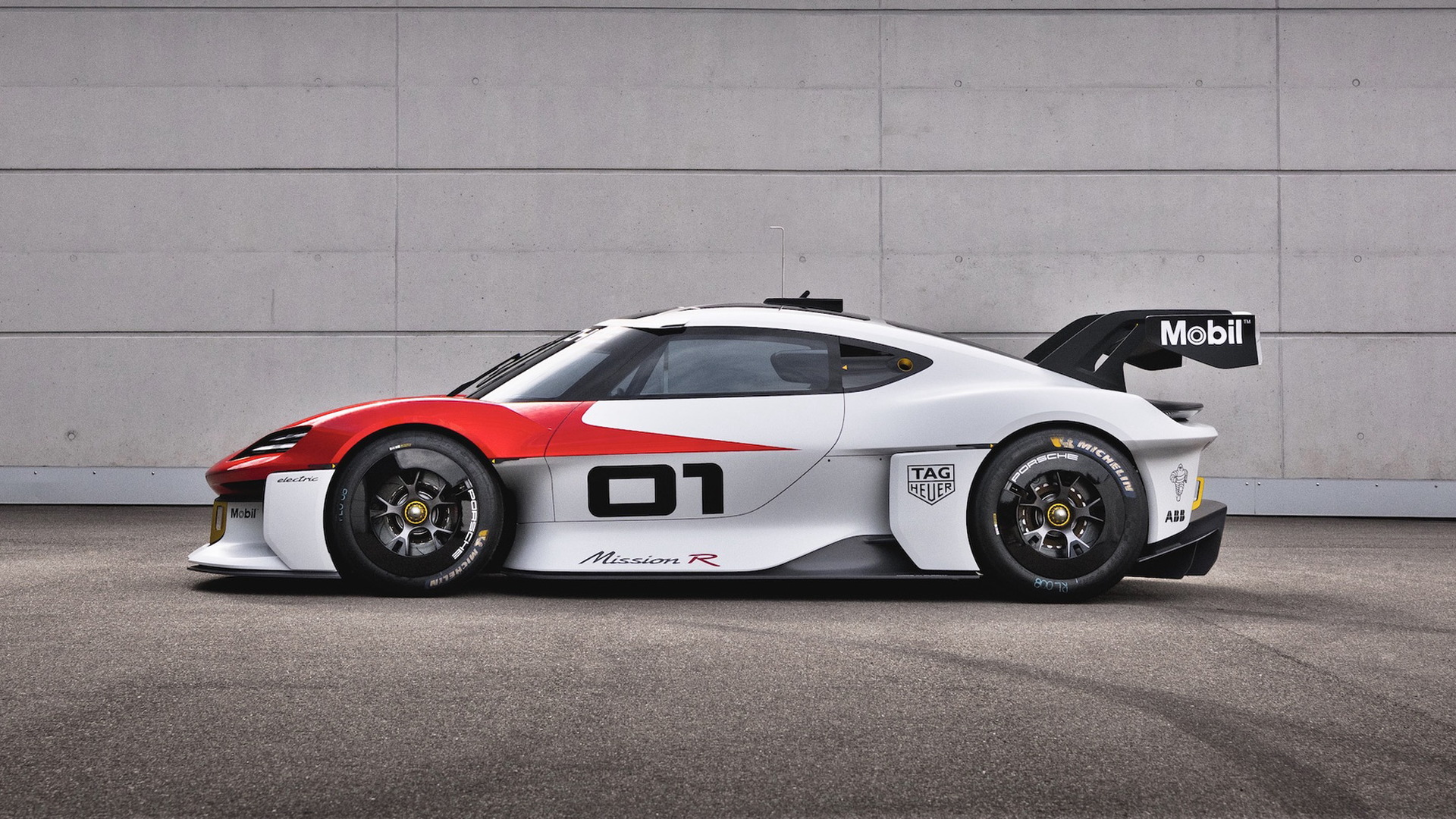 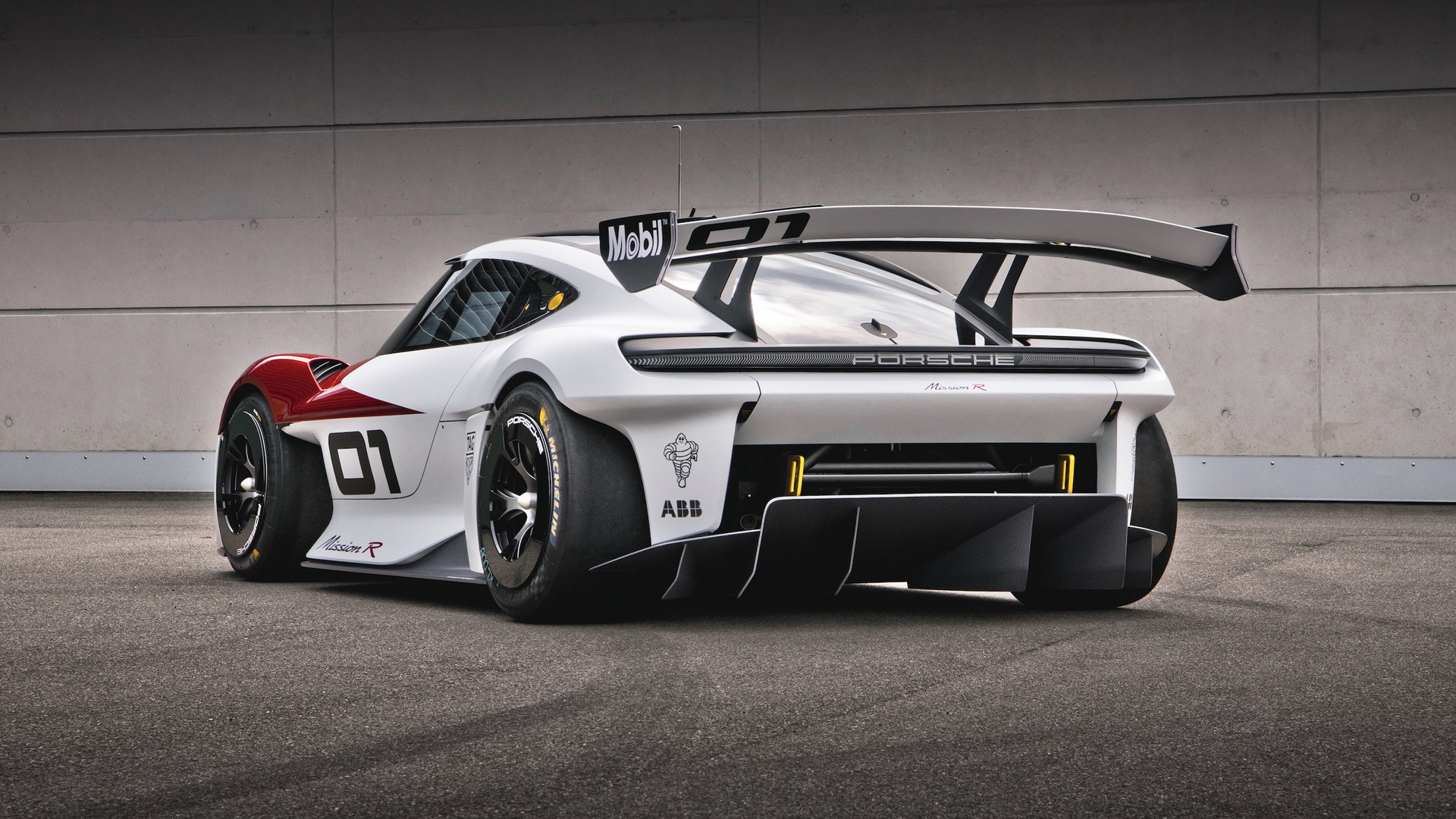 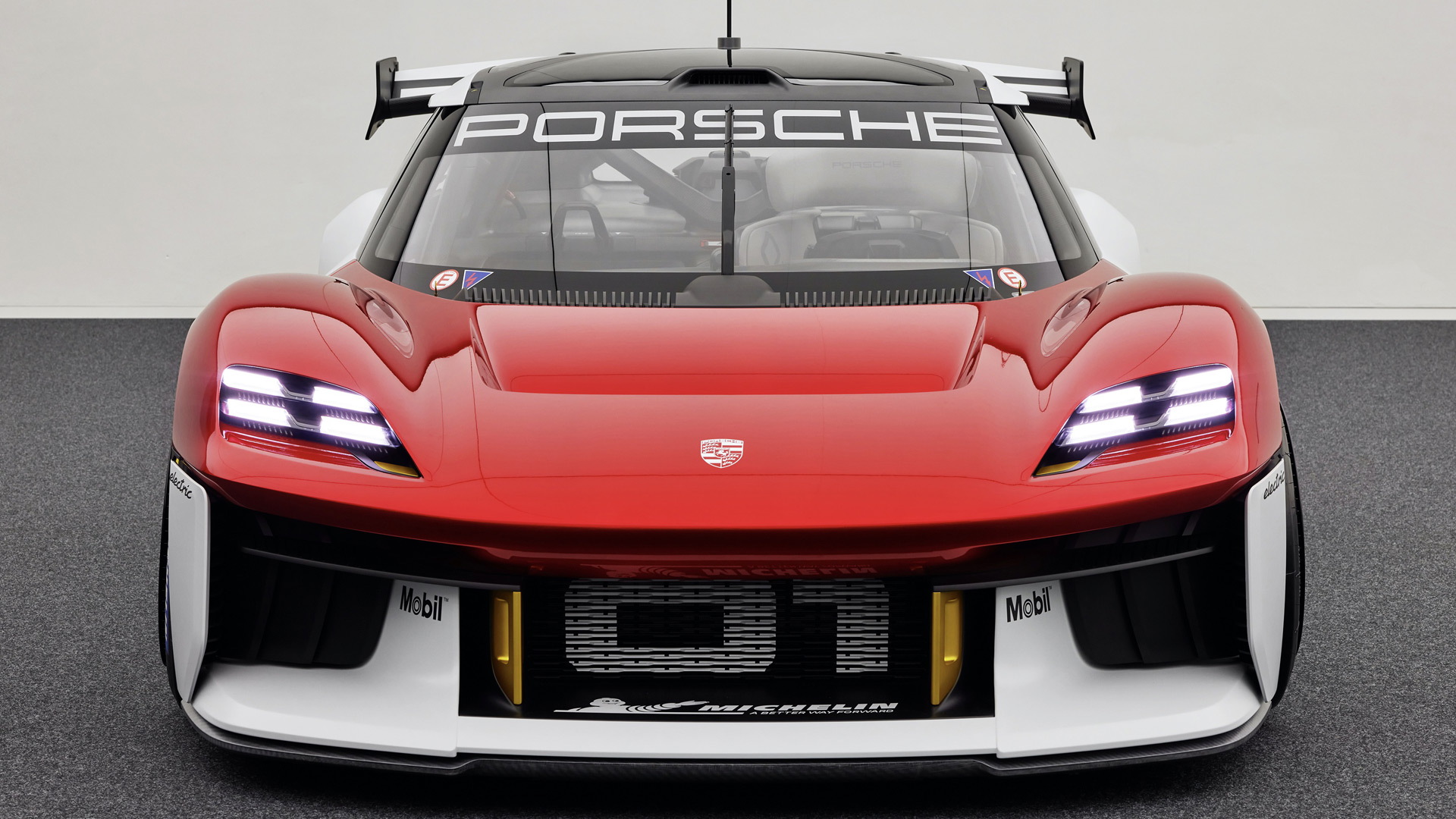 The vision is in the form of a concept dubbed the Mission R, an electric race car that could potentially form the basis of a one-make race series in the not too distant future. There's also the slight chance the concept previews the look and technology pegged for a future Porsche sports car for the road.

Electric race series already exist, the most notable being the Formula E World Championship. However, expanding electric racing to the GT format, which uses heavier, less aerodynamic cars, is much more of a challenge. The Mission R goes some way toward overcoming it.

The concept features a single electric motor at each axle for a combined 1,073 hp, as well as all-wheel drive. This output is a peak mode designed for qualifying, as racing at this level will drain the battery, a bespoke unit of about 80 kilowatt-hours, too quickly and cause it to overheat. As a result, the car also has a race mode where output is capped at 670 hp.

The efficiency of the motors as well as innovative energy recovery systems developed in motorsport enable a running time of about 30 minutes in race conditions. And when it comes time to charging, the car's 900-volt electrical system means a 5-80% charge (at up to 340 kilowatts) in as little as 15 minutes is possible.

According to Porsche, performance is on par with the automaker's current 911 GT3 Cup racer. We're talking 0-62 mph acceleration in less than 2.5 seconds and a top speed of over 186 mph. There's only a single gear as most one-make race series tend to use rolling starts, thus negating the need to focus on off-the-line acceleration.

Sustainability in the Mission R extends beyond the powertrain. Porsche has also used the concept to demonstrate new materials such as flax-based natural fiber-reinforced plastics, used for the body and interior. One interesting element is the roll cage which is made from carbon fiber and forms a kind of exoskeleton, as it also forms part of the roof. To aid aerodynamics, cameras replace the standard side mirrors. A Formula One-style drag reduction system is also featured.

But we mentioned above that the concept may also preview a future Porsche sports car for the road. Porsche specifically mentioned the 718 Cayman as being similar in size to the Mission R, though the concept is much wider and lower, measuring 1,990 millimeters across and sitting just 1,190 mm high.

Porsche CEO Oliver Blume said in 2018 that an electric 718 was possible, and rumors point to just such a car arriving around 2024. Porsche has been spotted testing its next 718, though the test mules were running internal-combustion power. 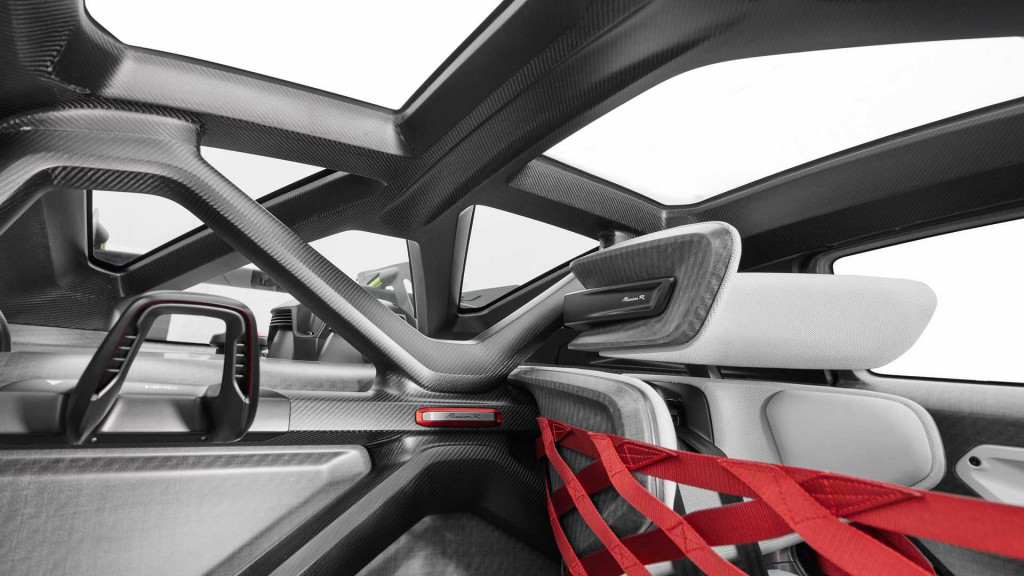 An electric 718, or something along those lines, is only a matter of time. Porsche estimates that by as early as 2030 more than 80% of its sales will be electric vehicles, with the remainder made up of the 911—which will be the last holdout for the internal-combustion engine.