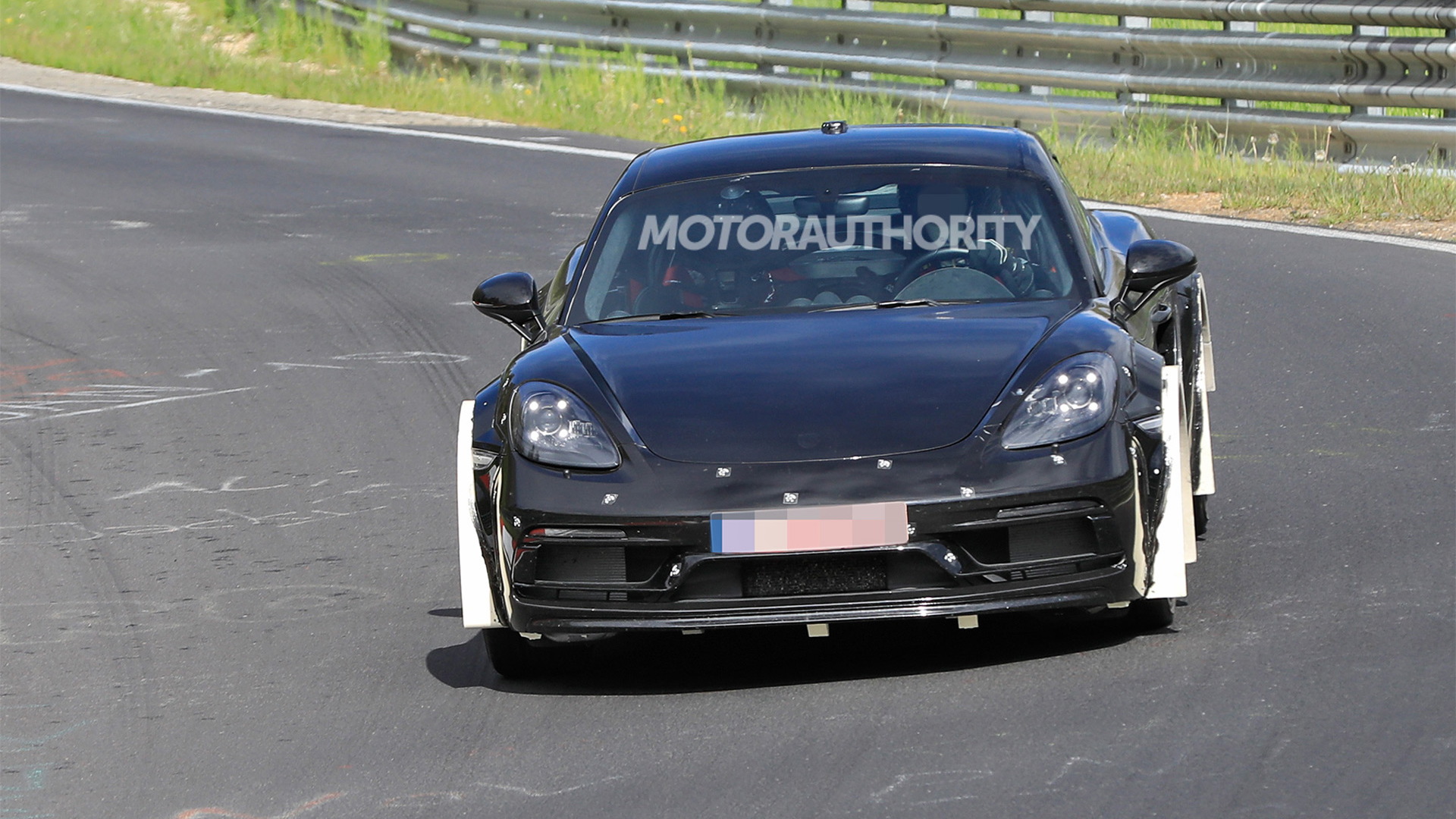 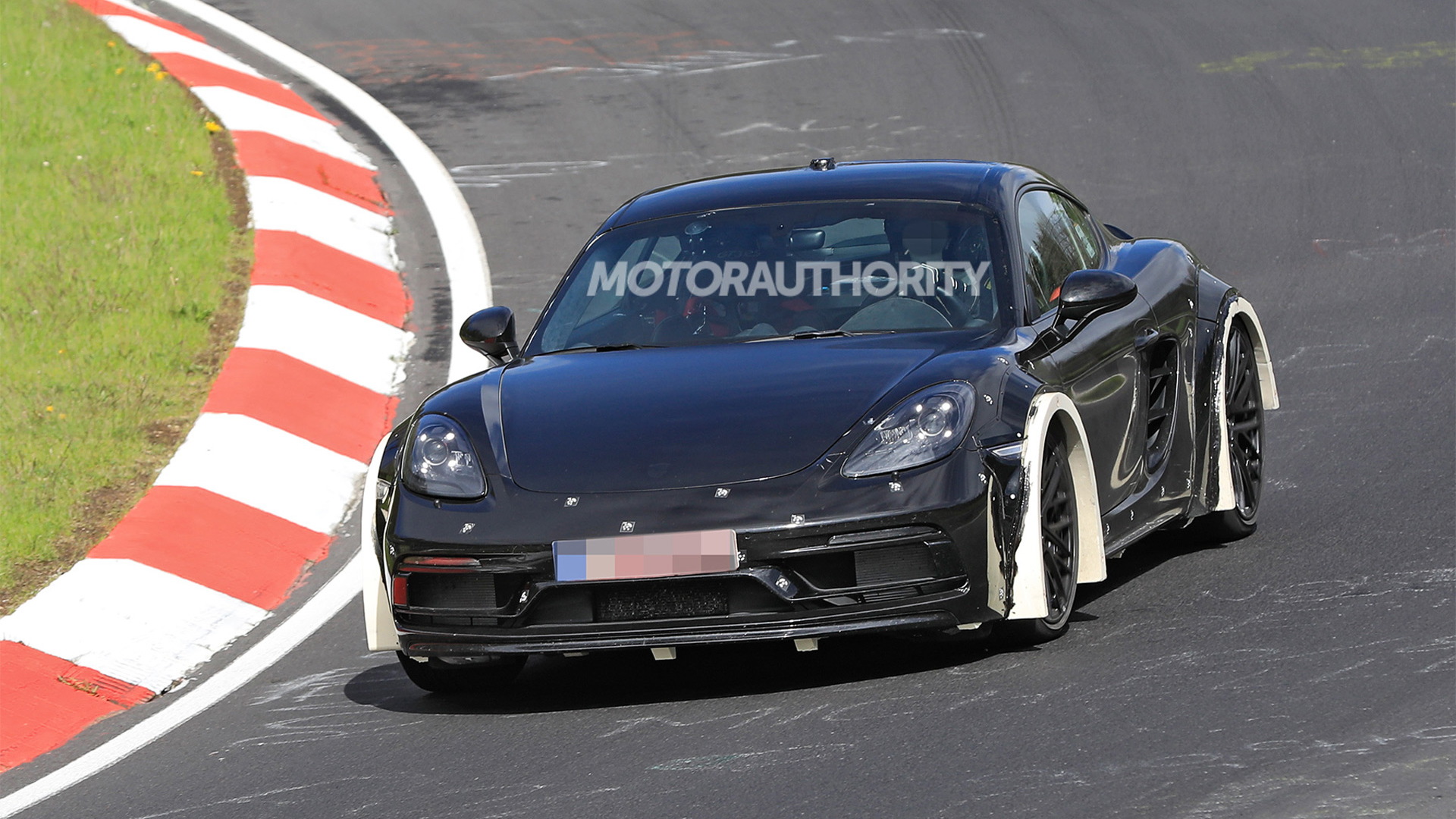 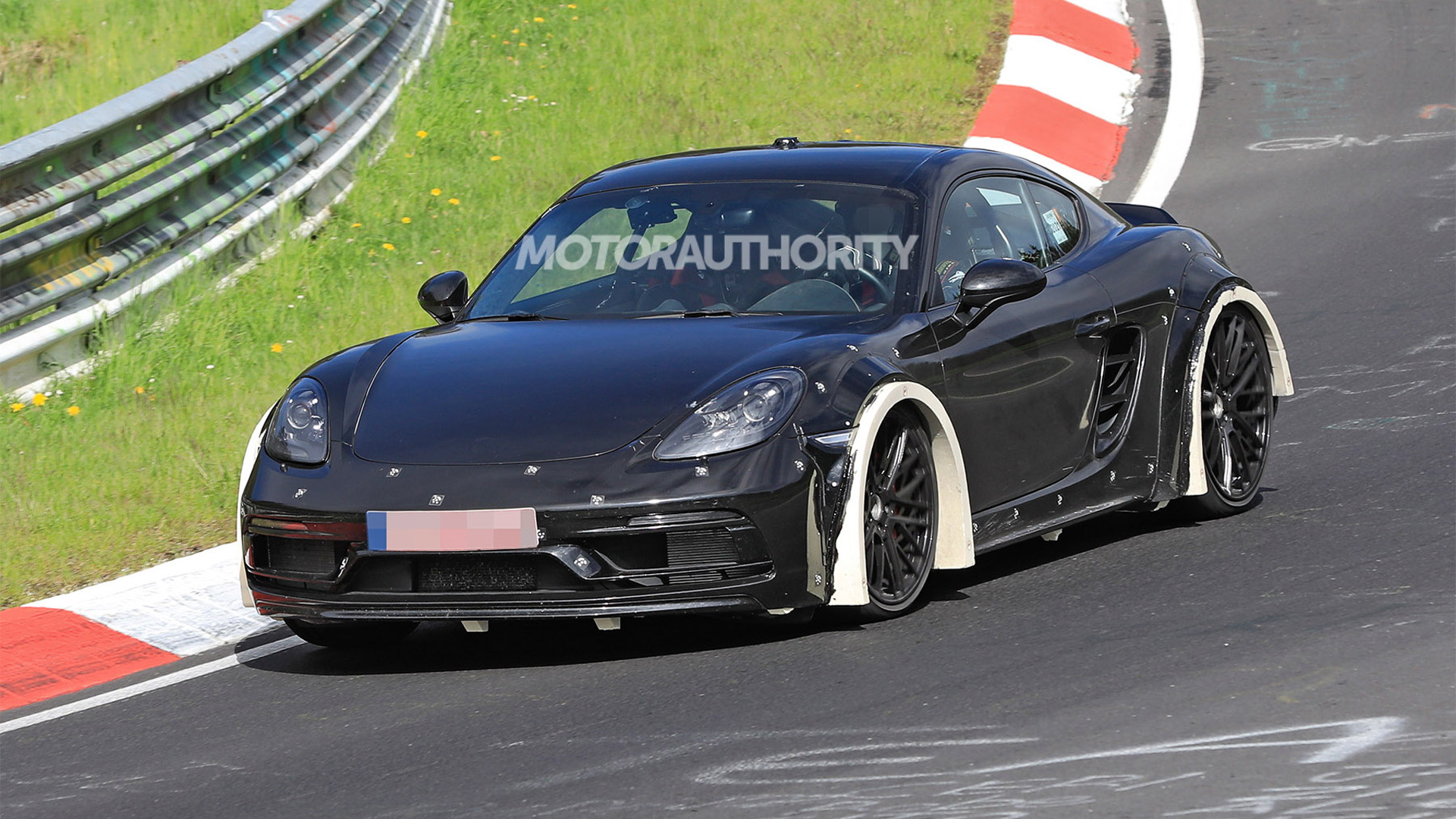 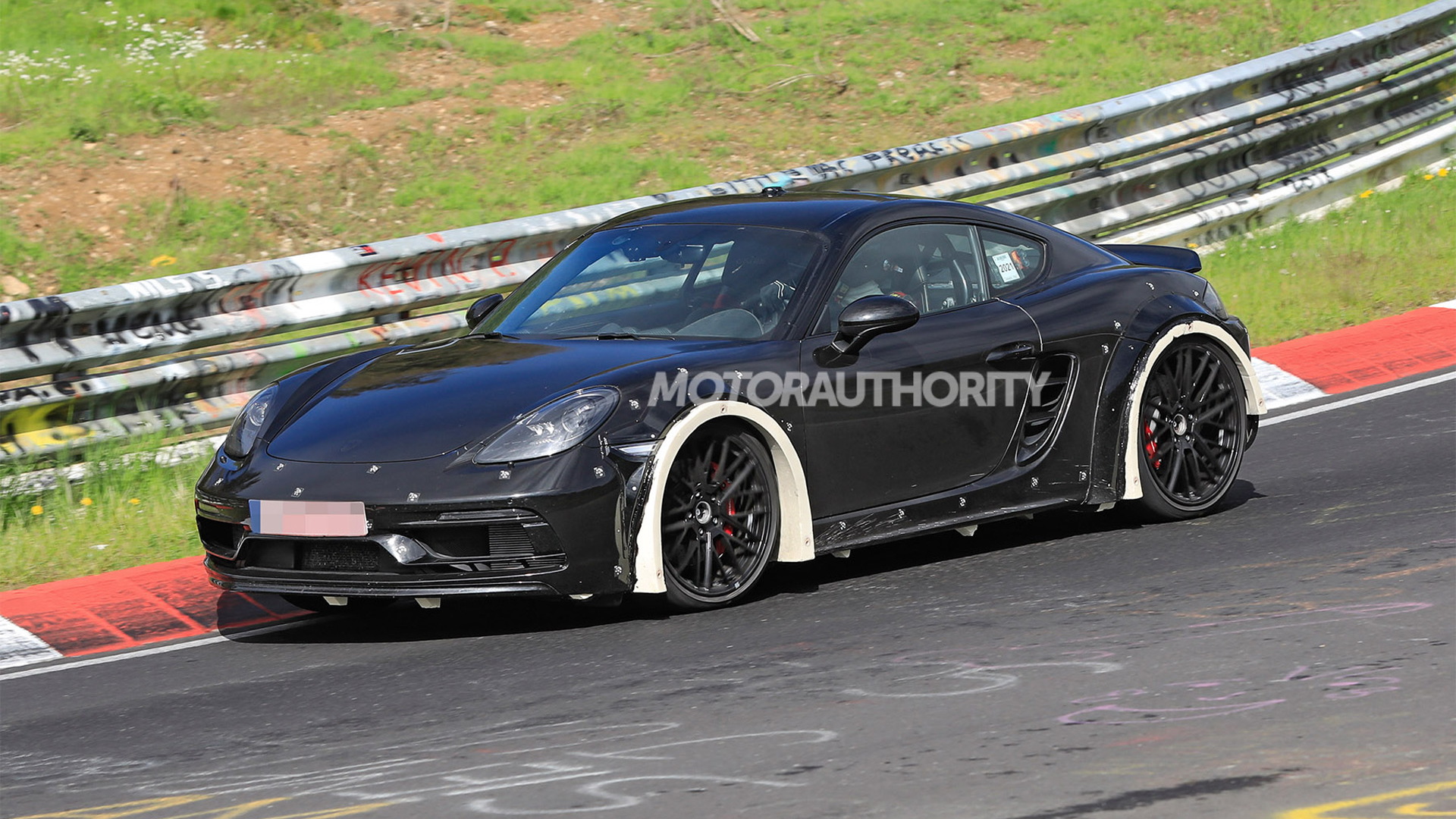 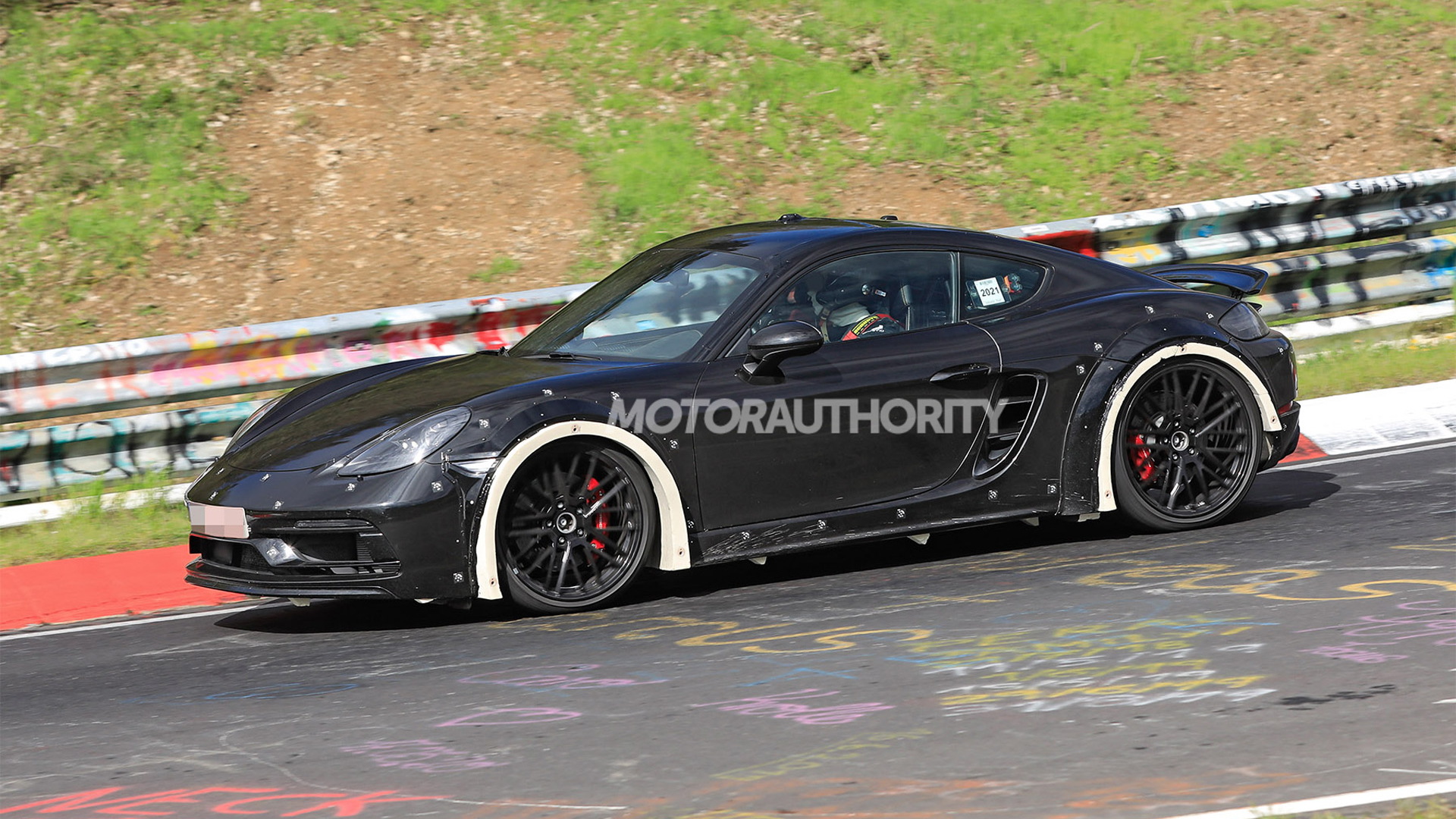 Engineers from Porsche are out evaluating what's likely to be an early test mule for the next-generation 718 Cayman and 718 Boxster, with the new mechanicals hidden beneath the makeshift body of a current-generation model.

The current sports car duo arrived for the 2017 model year but can trace their roots to the Cayman and Boxster introduced for 2013.

The new generation is expected to arrive for the 2024 model year, meaning sales should start sometime in 2023.

Looking at the spy shots of the test mule, we can see that the track width has been substantially increased at both ends. The wheelbase also looks to be longer, as evidenced by a longer section in front of the rear wheels. It seems Porsche's mid-engine sports car is growing in size for the next generation. 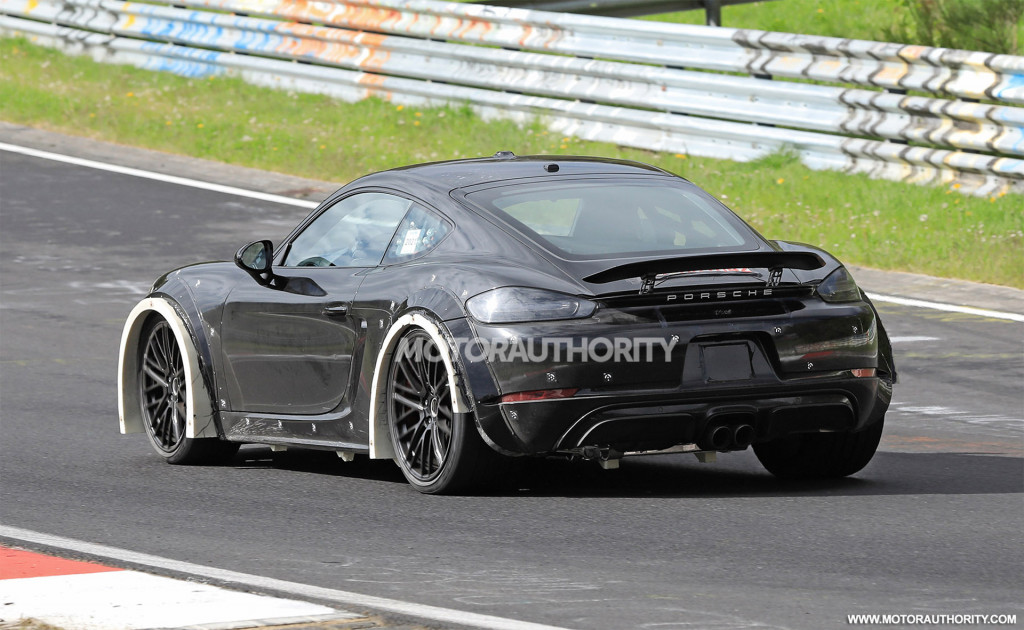 According to our photographer, the interior was also filled with measuring equipment.

Our photographer also confirmed that the test mule featured an internal-combustion engine. Porsche hasn't mentioned just what to expect in the next 718 but a report from 2019 pointed to there being both hybrid and fully electric powertrains on offer. An electric 718 is something Porsche CEO Oliver Blume said was a possibility. He said it back in 2018 while simultaneously ruling out an electric 911.

Before the next-generation 718 arrives, Porsche will introduce a more hardcore RS version of the current 718 Cayman GT4. It will likely serve as a final sendoff for the current generation. Stay tuned.