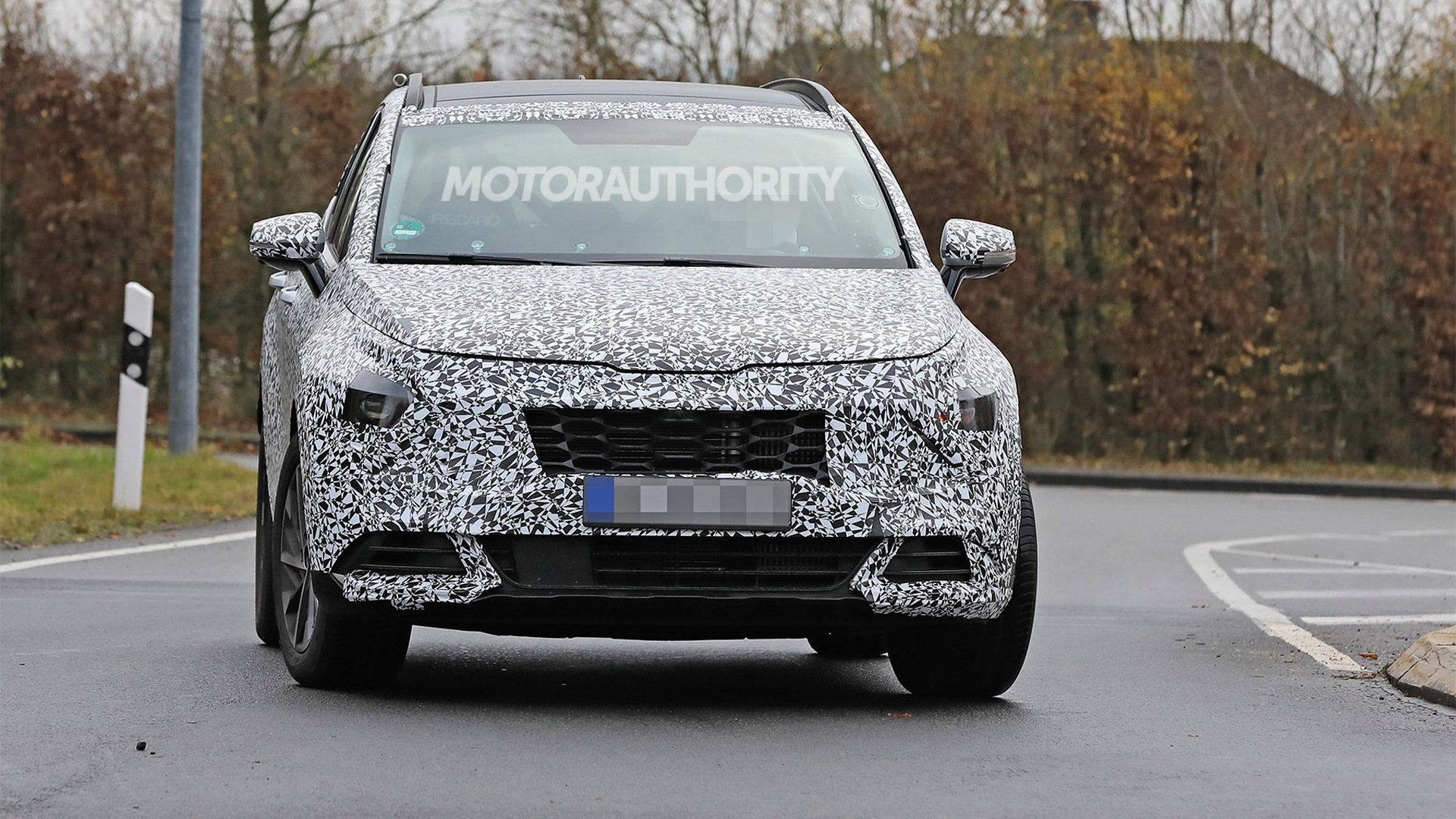 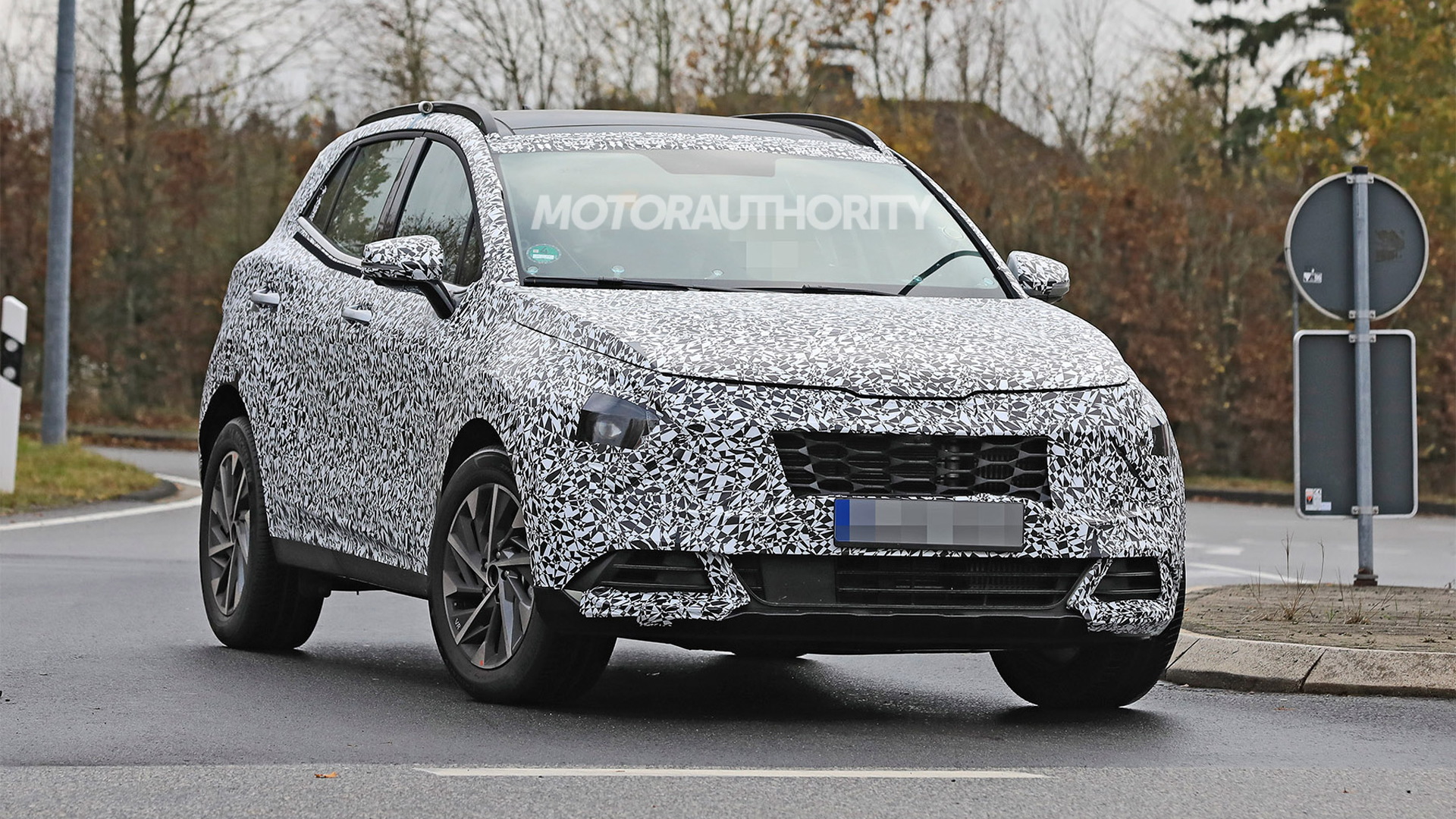 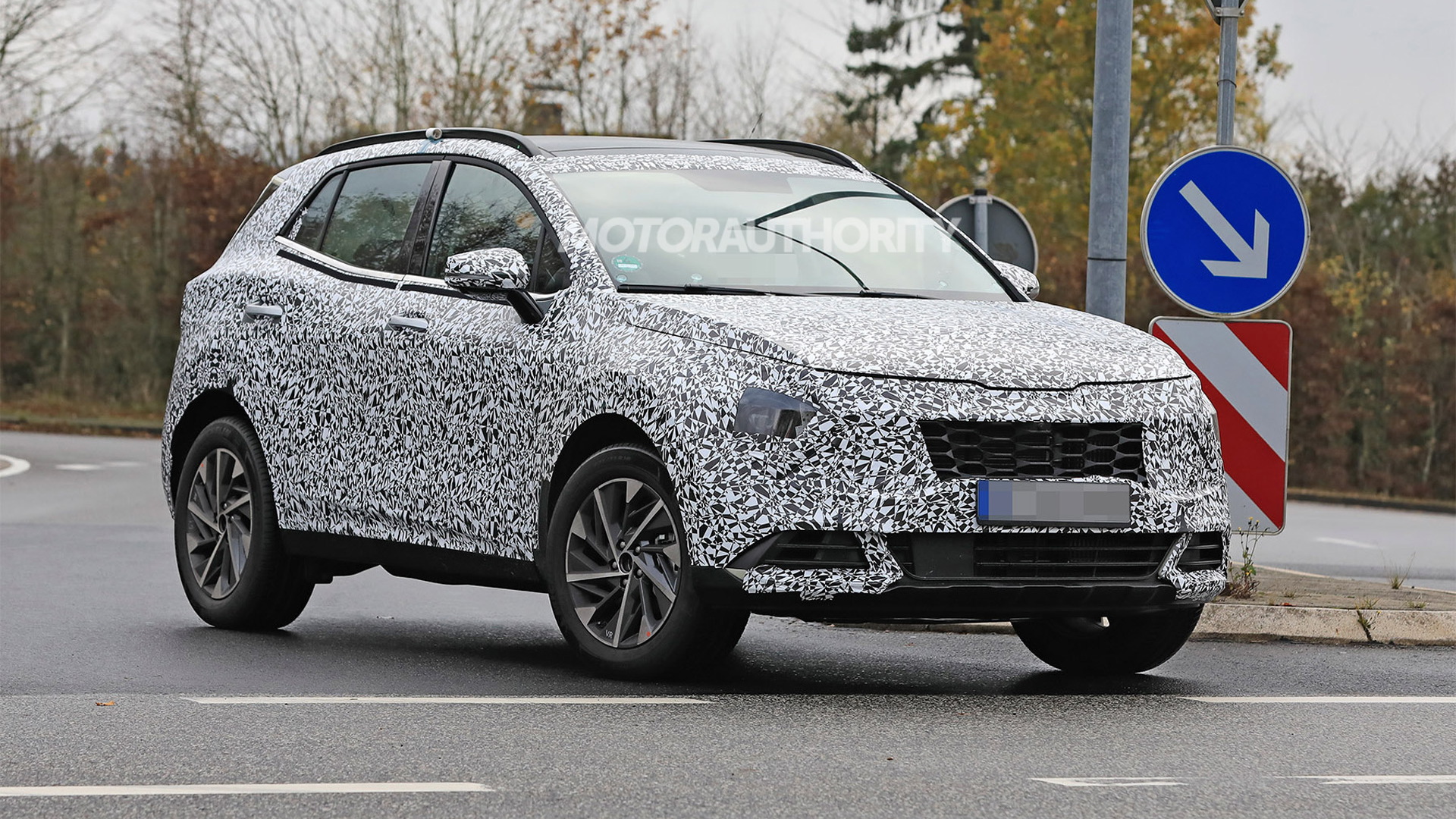 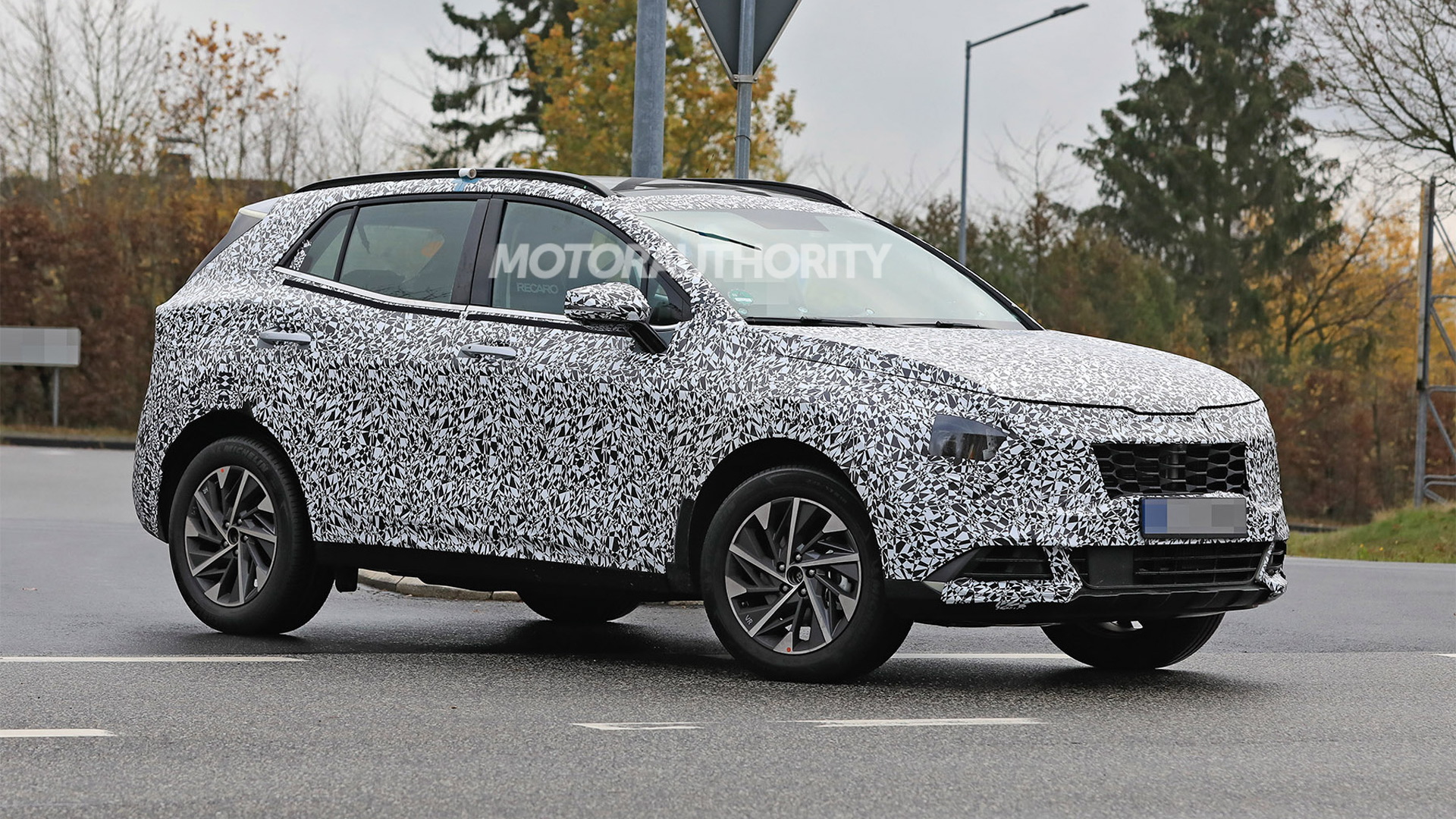 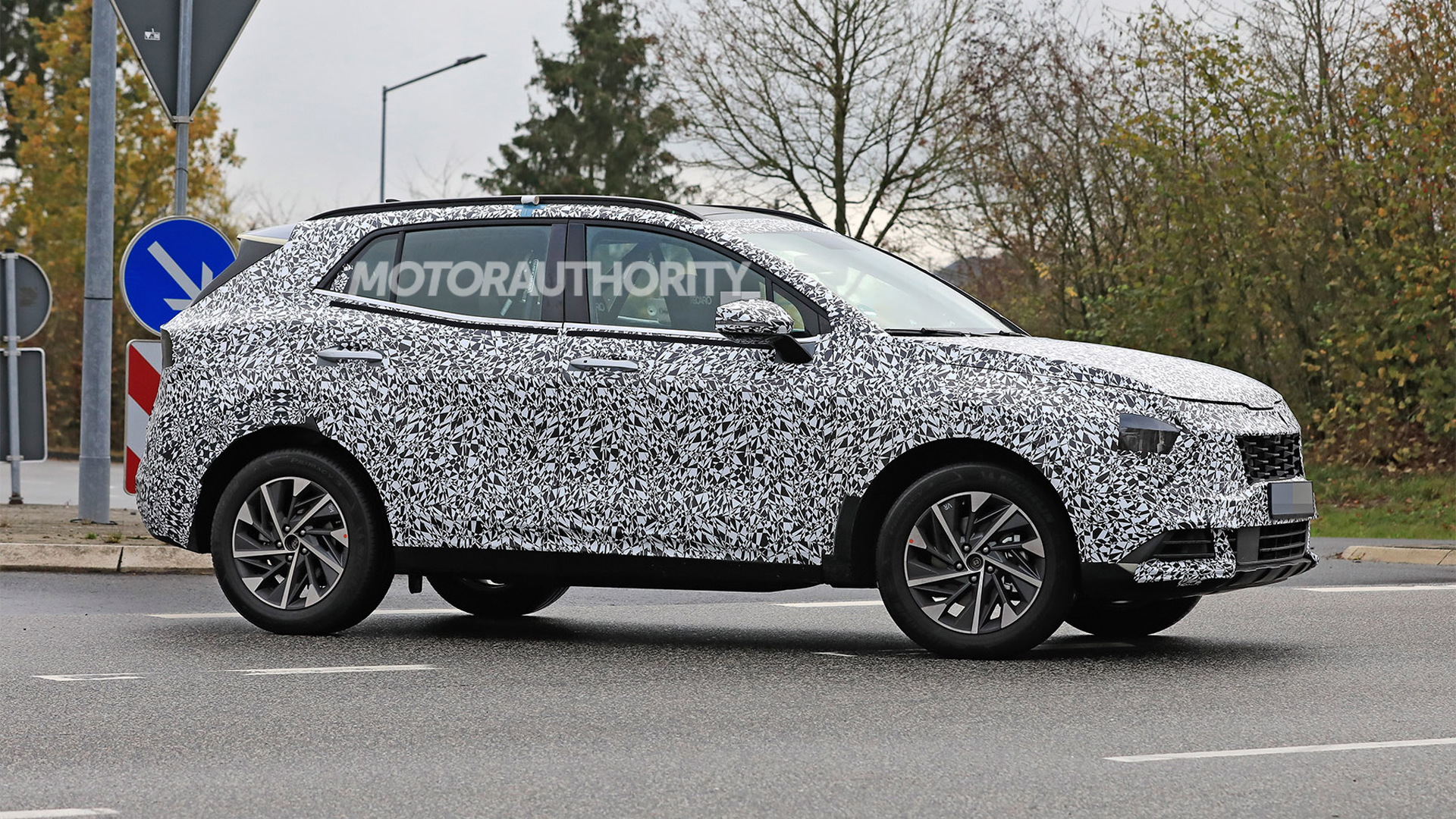 The new compact crossover is the corporate cousin to the redesigned Hyundai Tucson launched for 2022, and we should see it revealed later this year ahead of the start of sales sometime next year.

The Sportage will most likely be launched for the 2023 model year, as Kia has already announced that its current Sportage, on sale since the 2017 model year, carries over unchanged for 2022.

The prototype in our spy shots hints at a more rounded design for the Sportage compared to the latest Tucson, with elements like a clamshell hood up front and the pinched leading edge of the tailgate looking similar to what we see on Kia's recently revealed EV6 electric crossover.

Unlike the EV6, the Sportage features a conventional grille. Expect it to be a frameless design spanning most of the front section, a design first introduced on the Cadenza-replacing K8 sedan sold overseas.

It isn't clear what powertrains are planned but we can look to the latest Tucson for some clues. The Hyundai offers a 2.5-liter inline-4 with 187 hp as standard. It's mated to an 8-speed automatic.

The Tucson can also be ordered in sporty Tucson N Line guise. While it's yet to be confirmed, we could see a similar model from Kia badged a GT-Line. Such a model would feature sporty styling touches inside and out.