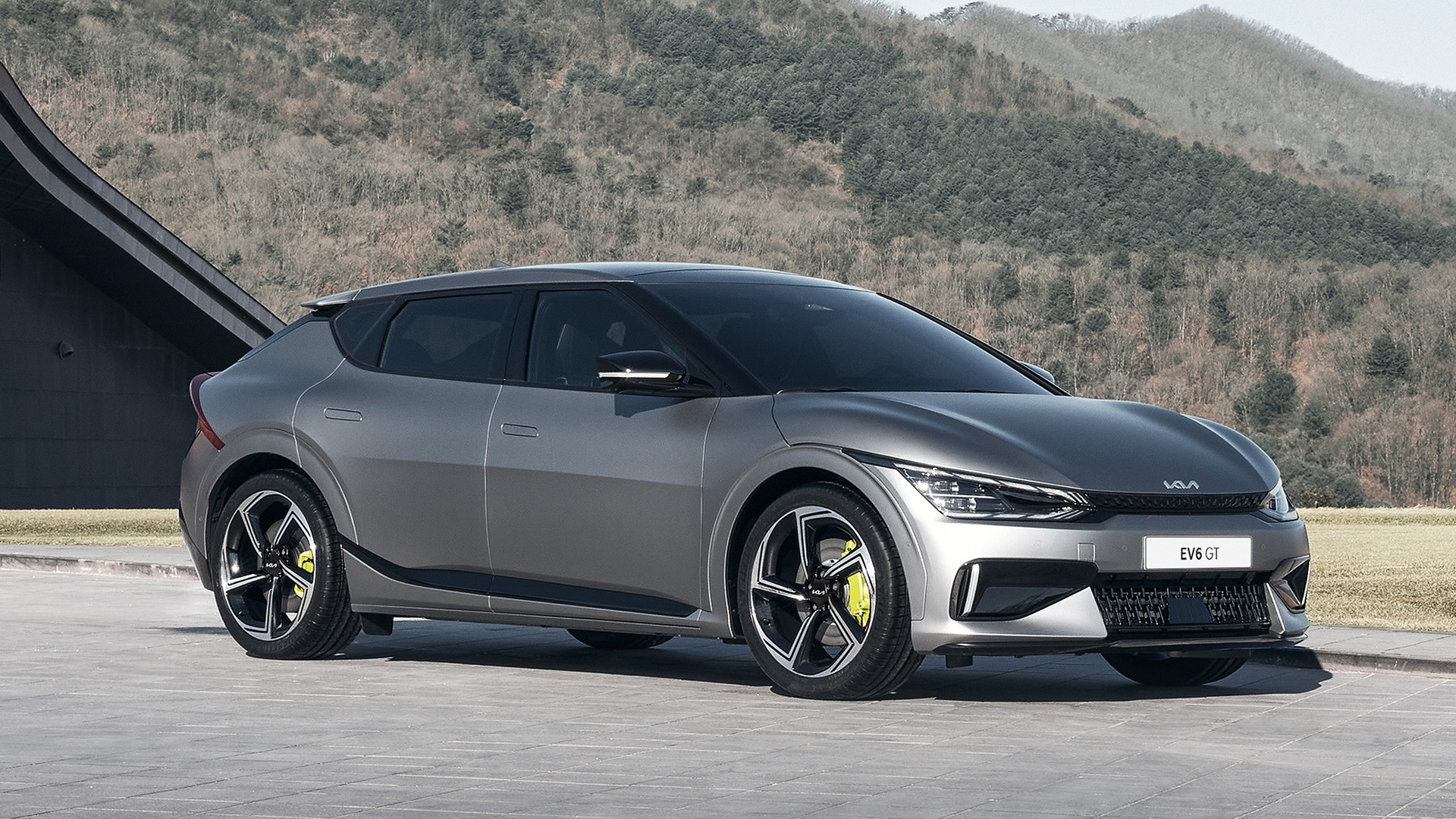 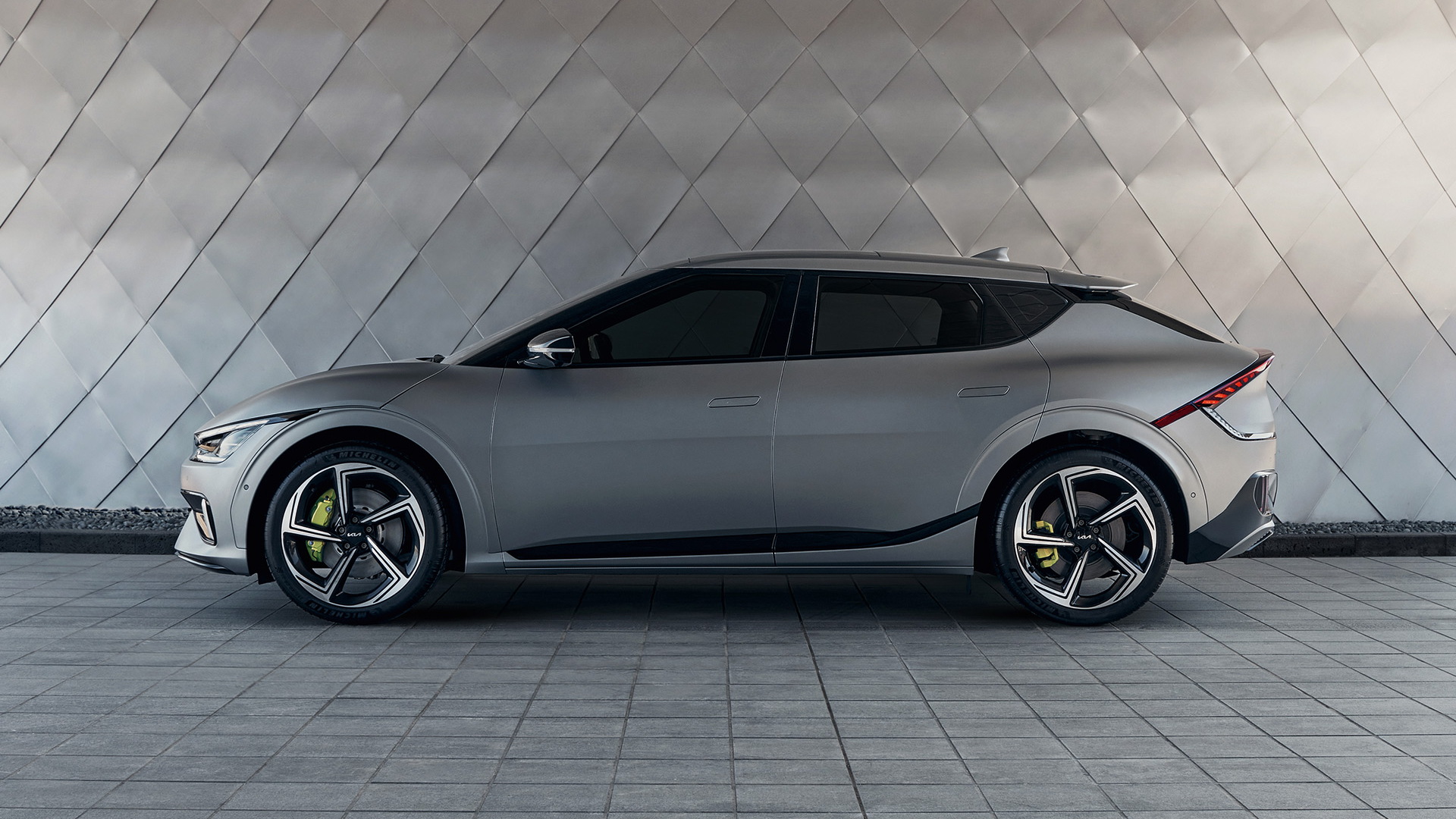 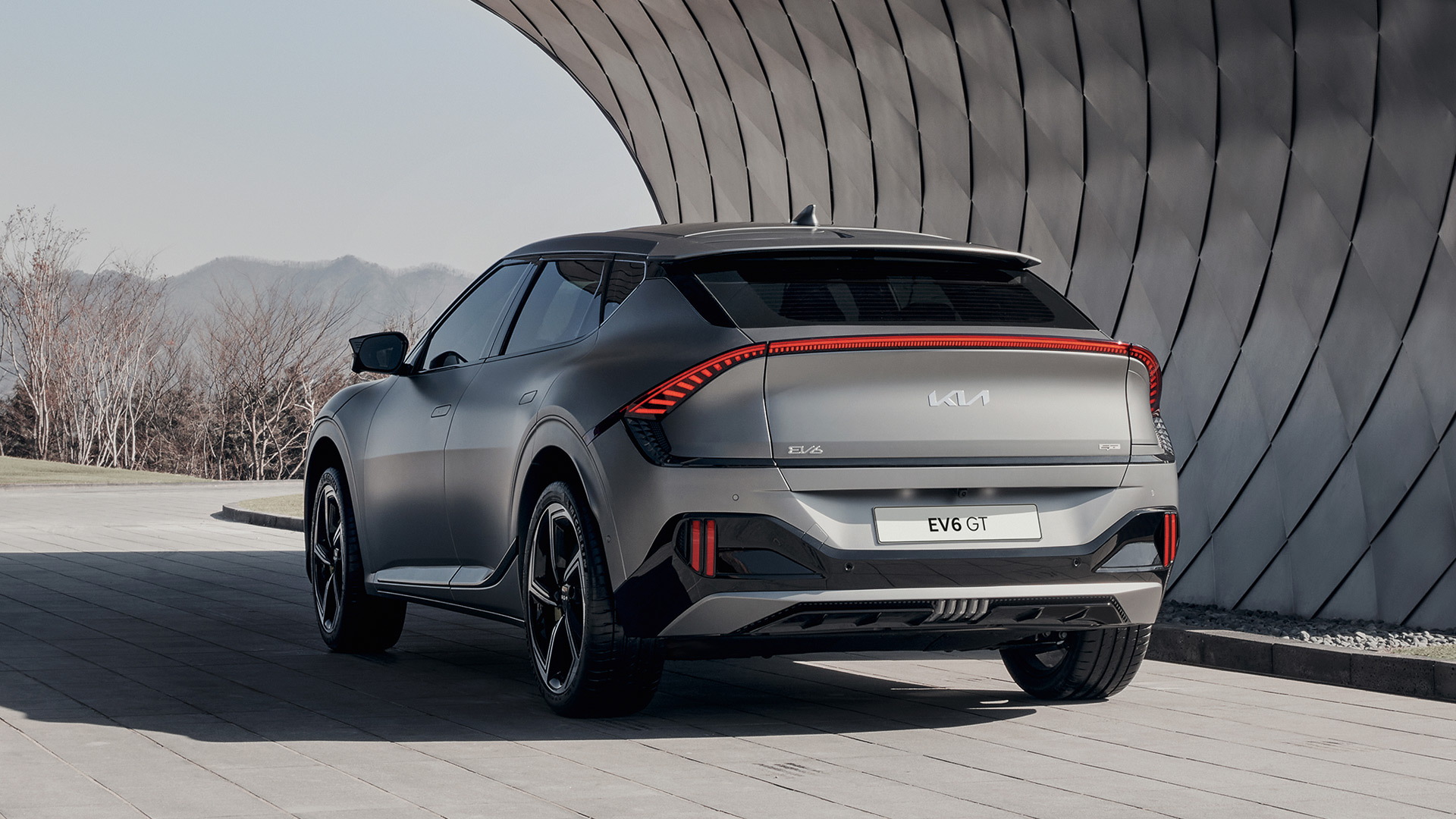 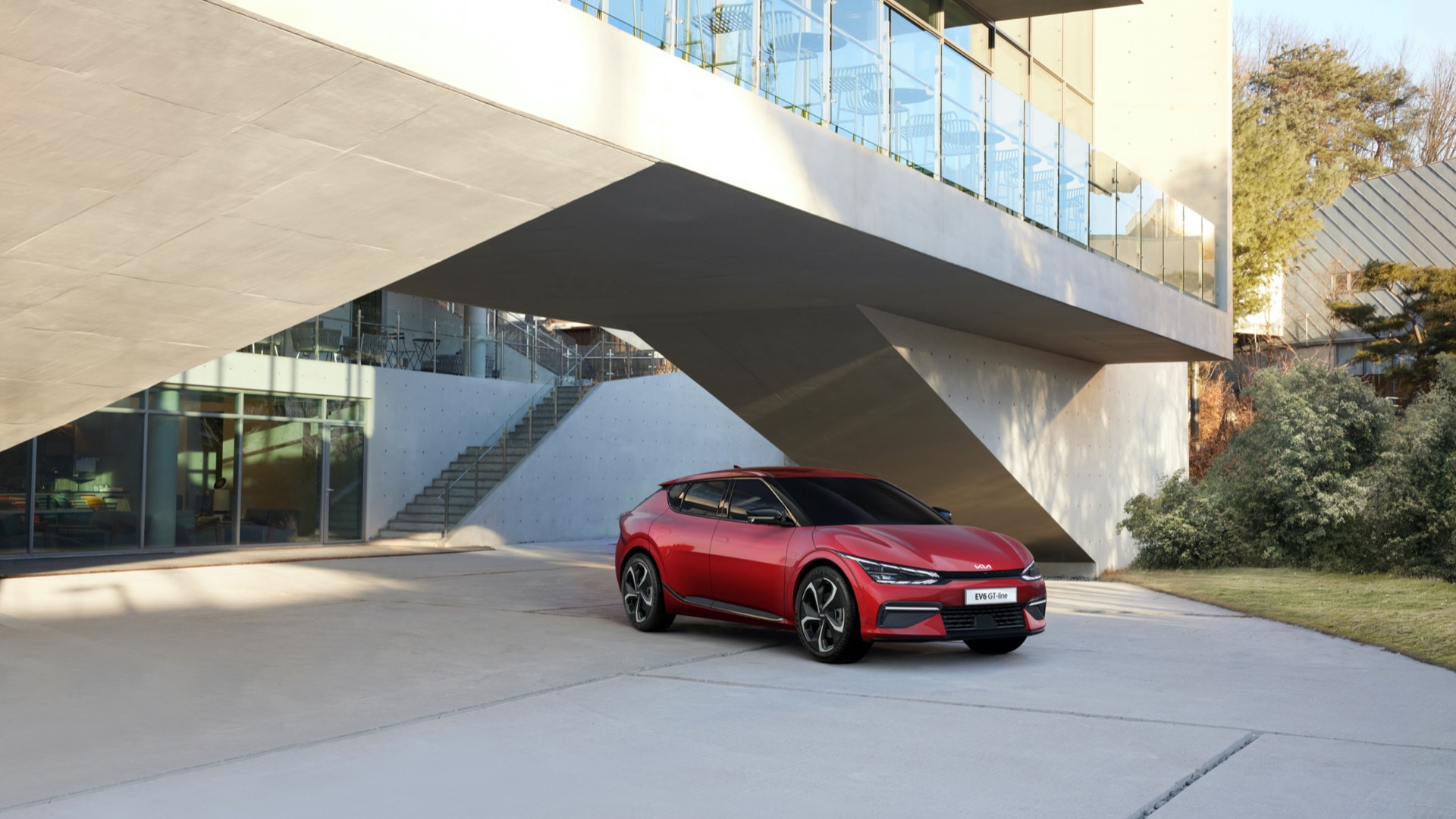 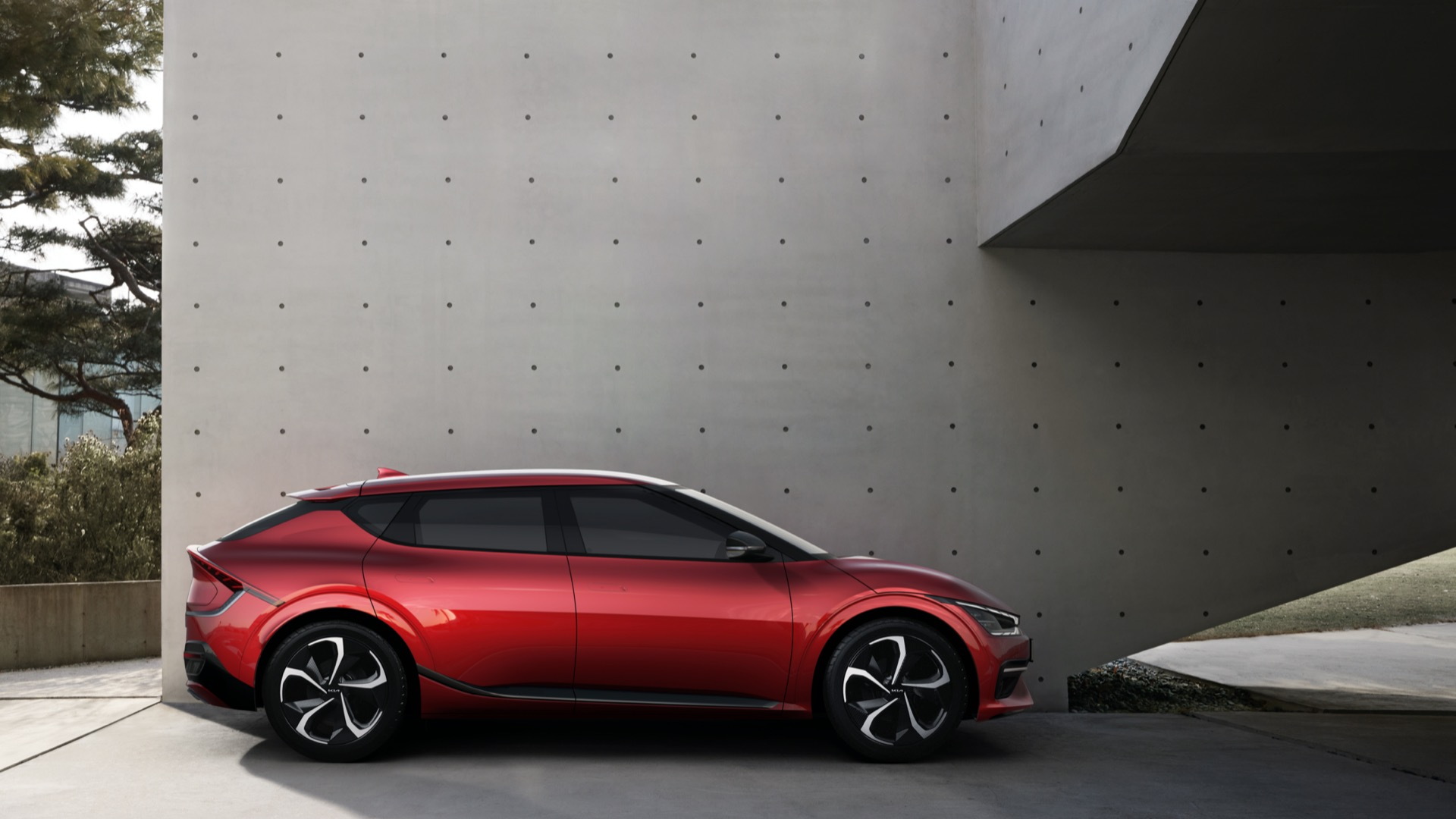 In March, released details on its new electric crossover dubbed the EV6, and more emerged on Wednesday. Previously code-named CV, the vehicle is Kia's version of the recently revealed Hyundai Ioniq 5 and both are due on sale as 2022 models. Exact timing for the Ioniq 5 hasn't been confirmed but Kia said to expect the EV6 at dealerships early next year.

The EV6 is Kia's first vehicle based on a platform designed specifically for battery-electric power, in contrast to the automaker's existing electric vehicles like the Soul EV and Niro EV, which are based on platforms originally designed for internal-combustion power.

The platform is Hyundai Motor Group's new E-GMP design. It made its debut in the Ioniq 5 and will also soon appear in a Genesis crossover expected to be called an eGV60, or something along those lines. The platform is made from 75% high-strength and ultra high-strength steel, and it features a five-link independent rear suspension.

Multiple configurations will be offered. The range starts off with the EV6 and EV6 GT-Line grades offering a choice of 58.0- or 77.4-kwh batteries, with rear- or all-wheel drive. Power figures start at 167 hp and 258 lb-ft of torque with the small battery and RWD. A 218-hp version with the 77.4-kwh battery pack and rear-wheel drive will be offered, as will a version with 313 hp and 446 lb-ft, the larger battery, and AWD. That last version will be able to accelerate from 0-60 mph in 5.1 seconds.

For performance fans, Kia will offer an EV6 GT with 576 hp and 546 lb-ft torque. It will be capable of dashing to 60 mph in less than 3.5 seconds. The EV6 GT will also feature a software-based limited-slip differential for getting the power down during cornering.

The EV6 will also have Vehicle-to-Load (V2L) functionality, which will allow it to charge tools, laptops, electrical appliances, and even other EVs. A 110-volt power outlet inside will provide the device charging, an adapter from the external charge port will handle other charging duties, and the vehicle-to-vehicle charging will be a slow drip akin to a 110-volt outlet.

Many of these configurations are shared with the Hyundai Ioniq 5. Another similarity with the Hyundai is a funky exterior design. The EV6 was previewed by 2019's Imagine by Kia concept, which at its debut was described as a commuter car that combines elements of a crossover, a sedan, and even a sporty coupe. That's generally what we see in the EV6. Kia said the vehicle was designed by a new philosophy called Opposites United, which combines contrasting elements like sharp lines with smooth, sculptured surfaces. Wheel sizes will range from 19 to 21 inches.

The EV6 measures about 185 inches in length, making it 2.3 inches longer than the Ioniq 5, even though its wheelbase is 3.9 inches shorter than its Hyundai counterpart. In comparison, the rival Volkswagen ID.4 and Tesla Model Y have lengths measuring 180.5 and 187 inches, respectively. Its wheelbase is 114.2 inches, which is a match for the three-row Telluride SUV.

The body design and EV platform combine to give the EV6 lots of interior space. It has 102 cubic feet of passenger room, 27.7 cubic feet of storage space behind the rear seat, and 53.5 cubic feet of cargo room with the second floor folded flat.

The interior also features an avant garde design. There's a clean layout combined with textured surfaces and a mix of physical controls and screens. One of the standout elements is the curved display that combines the instrument cluster and infotainment hub (both 12-inch screens). Underneath this you'll find the climate settings which are also controlled via a screen, unfortunately.

The EV6 also features an augmented reality head-up display. The system displays alerts from the car’s electronic driver-assist systems, as well as handy info such as vehicle speed and turn-by-turn navigation instructions. A remote parking system also lets owners maneuver the vehicle in tight spots from outside the cabin.

Kia will kick off the EV6 with a First Edition model that interested buyers can begin reserving on June 3. It will be limited to 1,500 unit and come fully loaded with the larger battery and dual-motor setup for all-wheel drive, plus such features as the augmented reality head-up display, remote parking, 20-inch wheels, a 14-speaker Meridian audio system.

Kia plans to have 11 EVs in its lineup by the end of 2026, and seven of these will be based on the E-GMP platform. The remainder will likely be based on modified platforms originally designed for internal-combustion power. For its dedicated EVs, Kia will using the naming strategy in which the prefix “EV” is joined by a number representing the vehicle's positioning in the lineup. The EV6 is the first to use the new naming strategy.