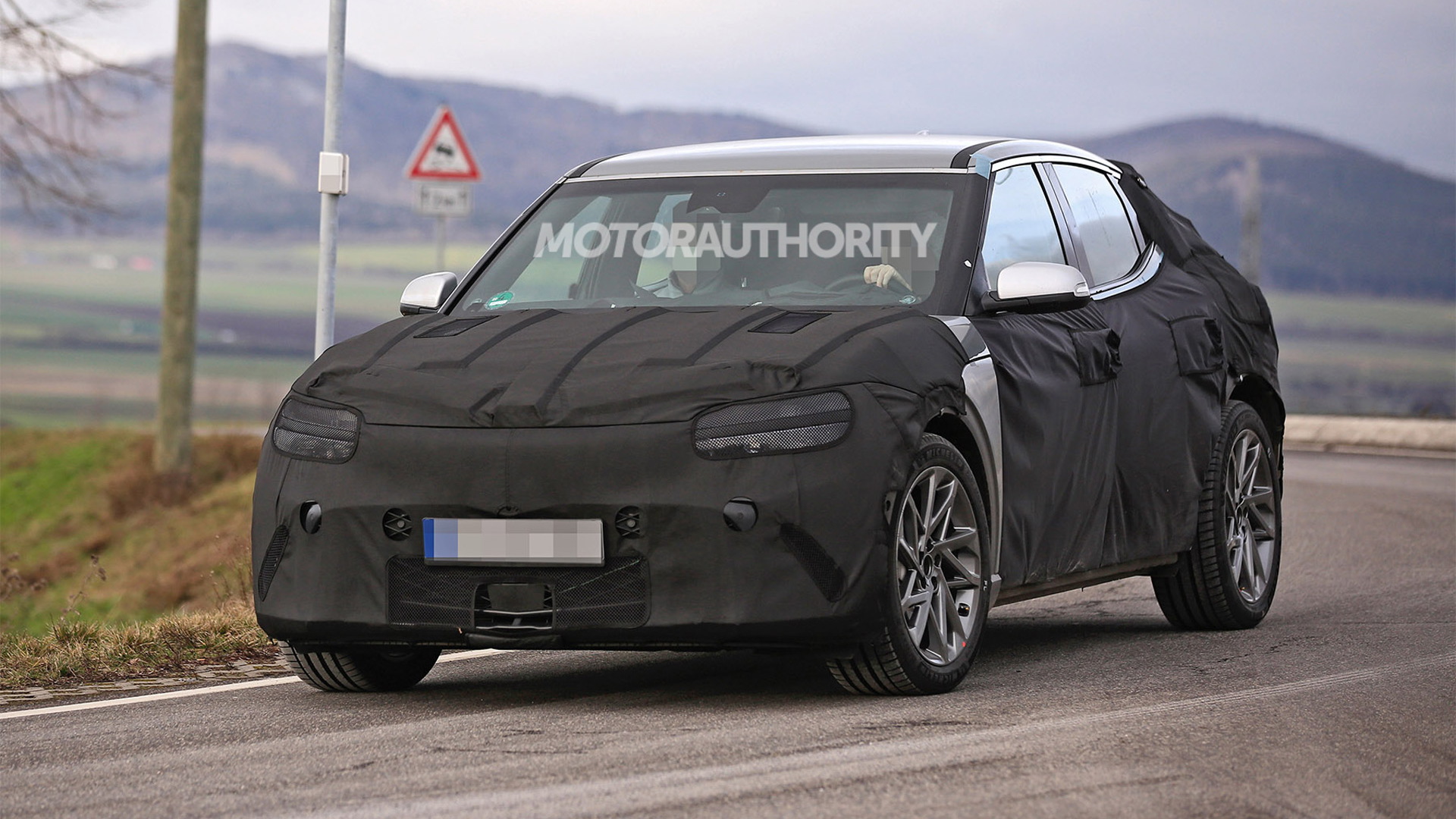 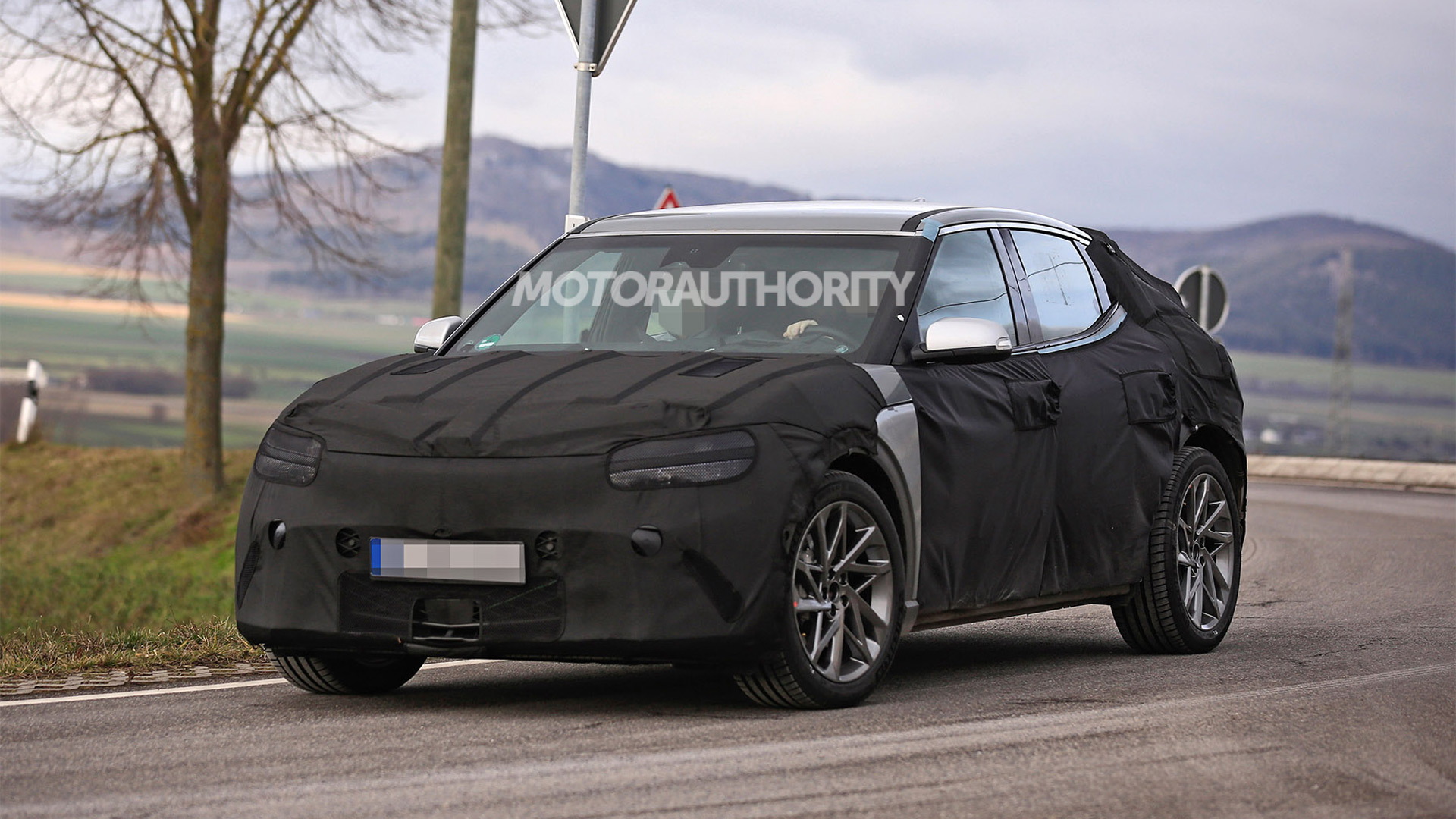 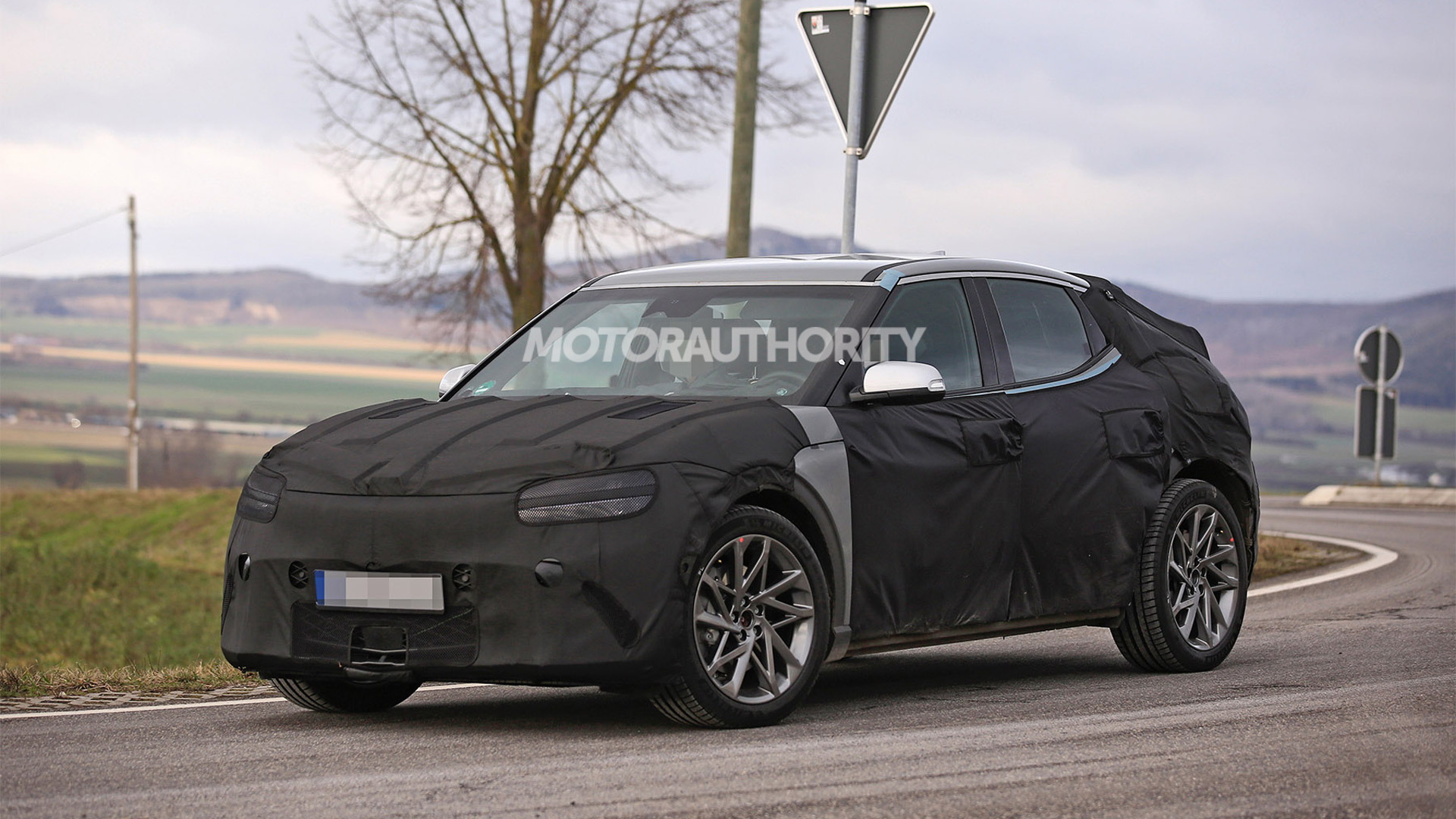 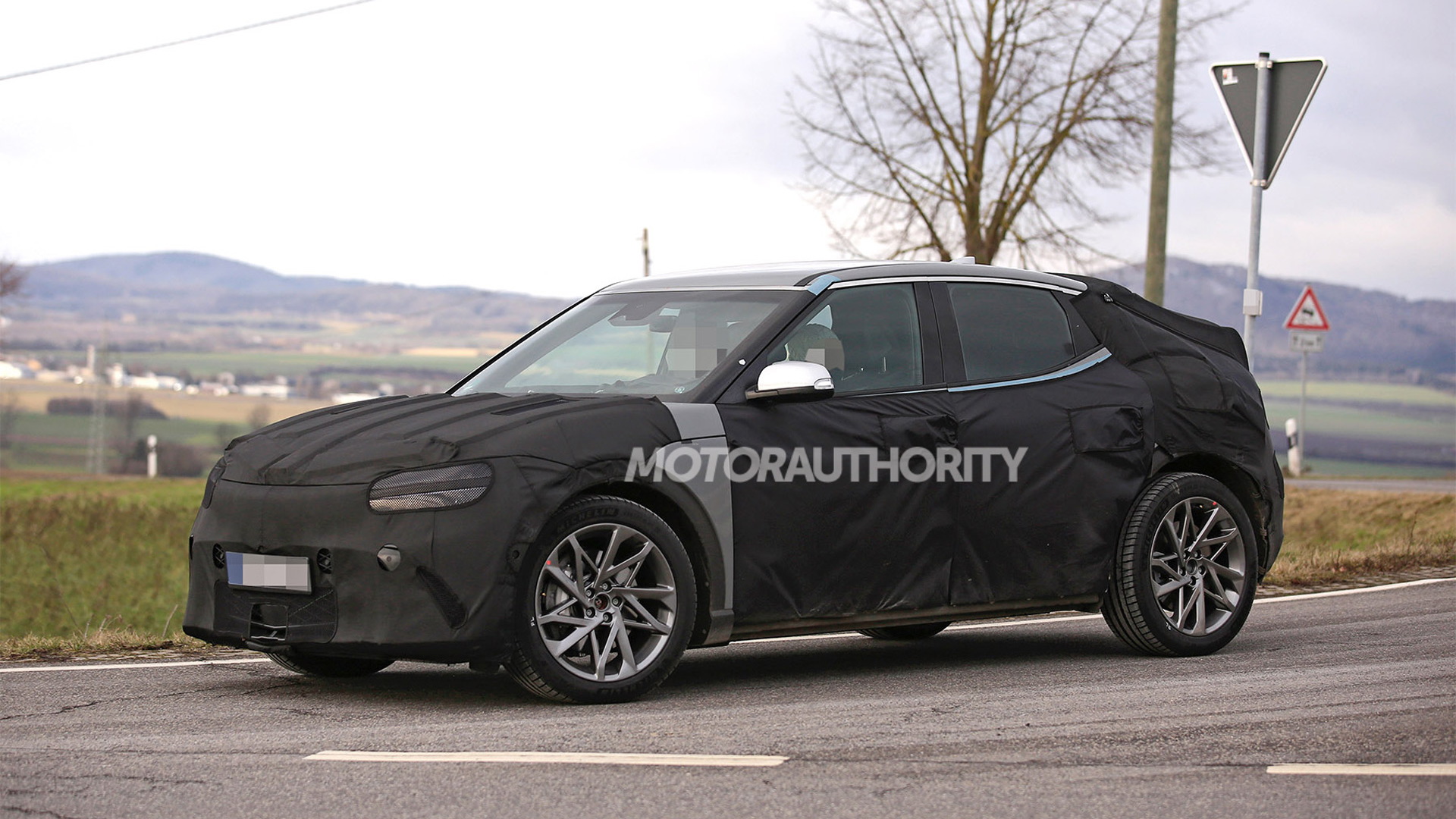 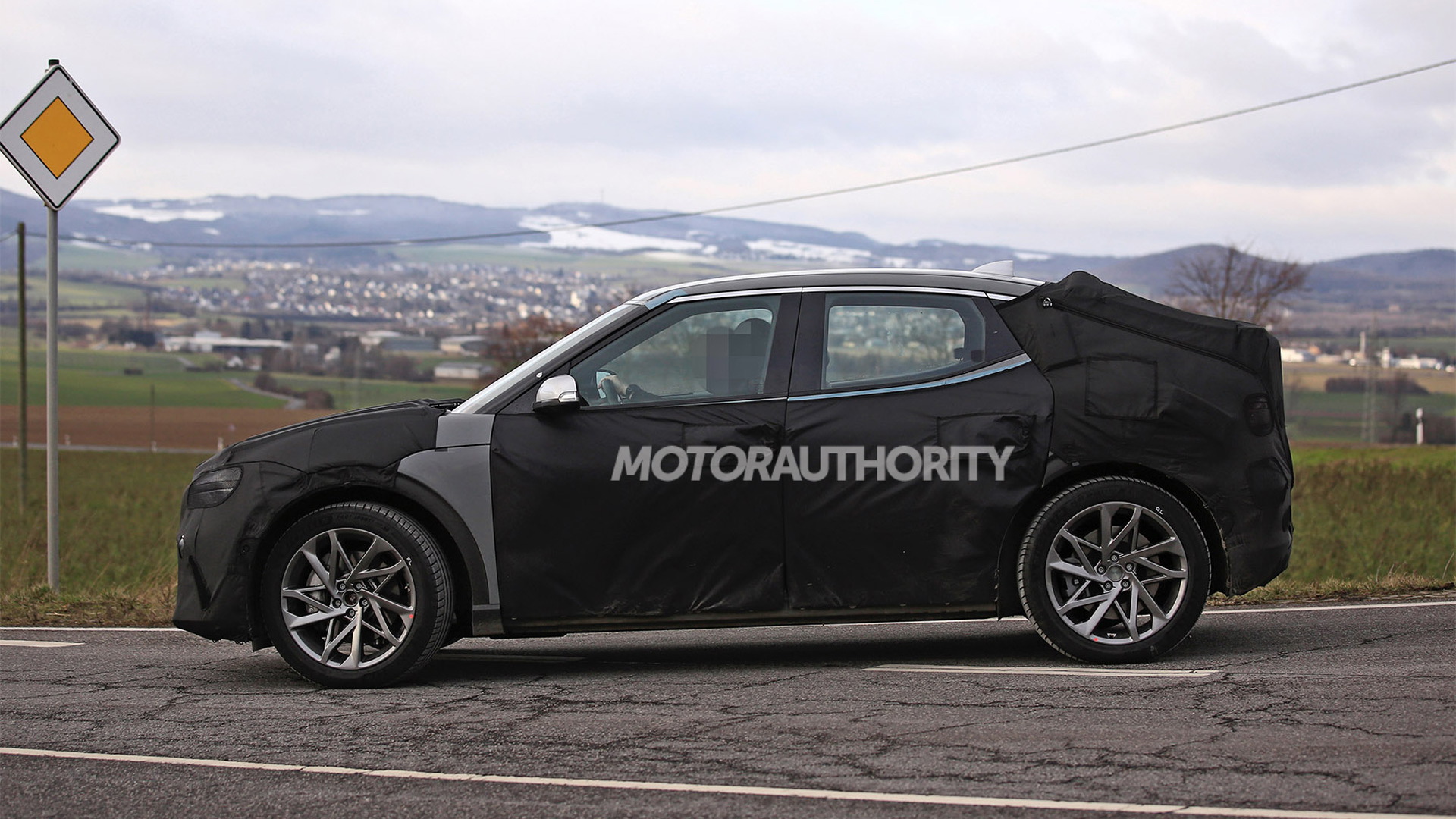 Genesis has teased us with a series of electric-vehicle concepts over the past couple of years but now the automaker has been spotted with a prototype for a production-bound EV.

The car, code-named the JW, is a tallish hatch that Genesis will likely market as a crossover SUV, and we should see it in showrooms in late 2021 or early the following year. A possible name is GV60 or eGV60, to reflect the vehicle's positioning below Genesis' GV70 and GV80 SUVs.

It's based on Hyundai Motor Group's dedicated EV platform known as E-GMP (Electric-Global Modular Platform), which Hyundai is using for its Ioniq 5 electric suv due on sale in fall 2021. Kia plans to use the platform for its own electric SUV.

The platform has been designed with an 800-volt electrical system, which could potentially see charging rates of 350 kilowatts. According to Hyundai Motor Group, a 300-mile range and an 80% charge in 18 minutes will be possible in some models based on the E-GMP.

The prototype for Genesis' EV looks similar to testers for the Kia EV, with the roofline and the design of the doors being a perfect match. There's extra chrome on the Genesis prototype, and its head and taillights also have a split, dual-element design that's been made a signature trait of the brand.

Given the size of the prototype, the new Genesis will likely challenge other compact EVs like the Tesla Model Y and Volvo XC40 Recharge. Audi, BMW and Mercedes-Benz are also readying compact EVs in the form of the respective Q4 E-Tron, iX1 and recently revealed EQA.