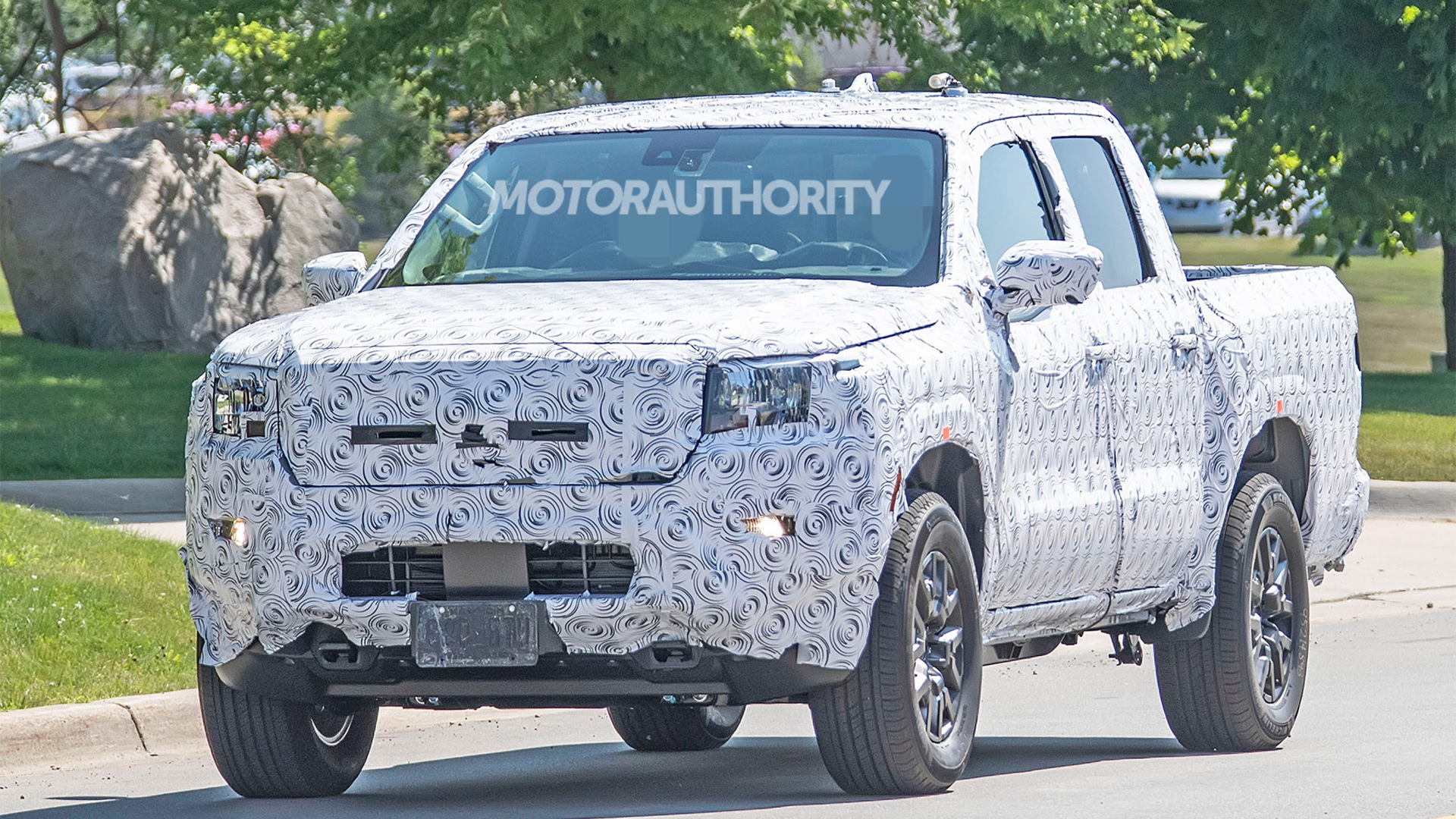 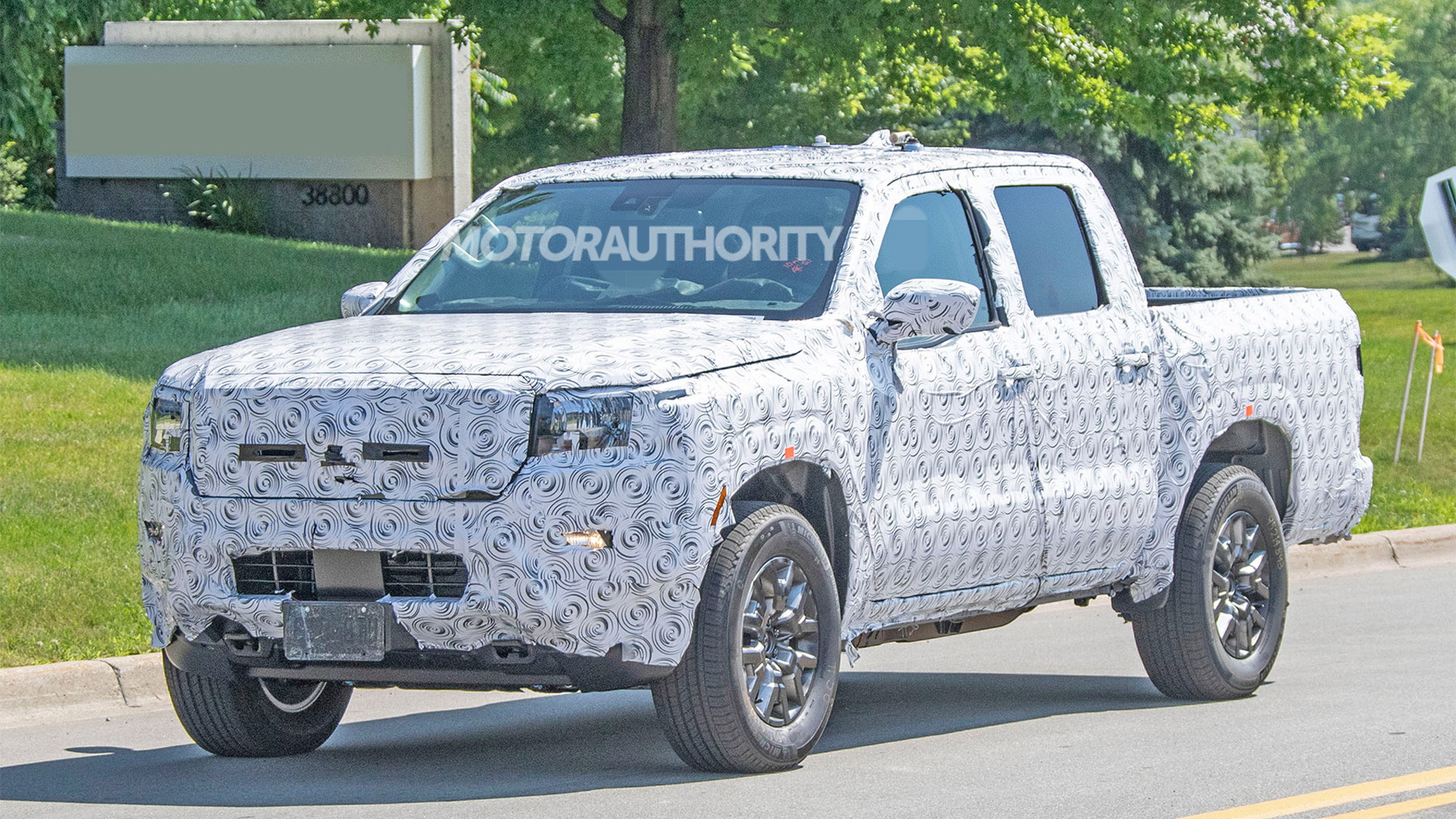 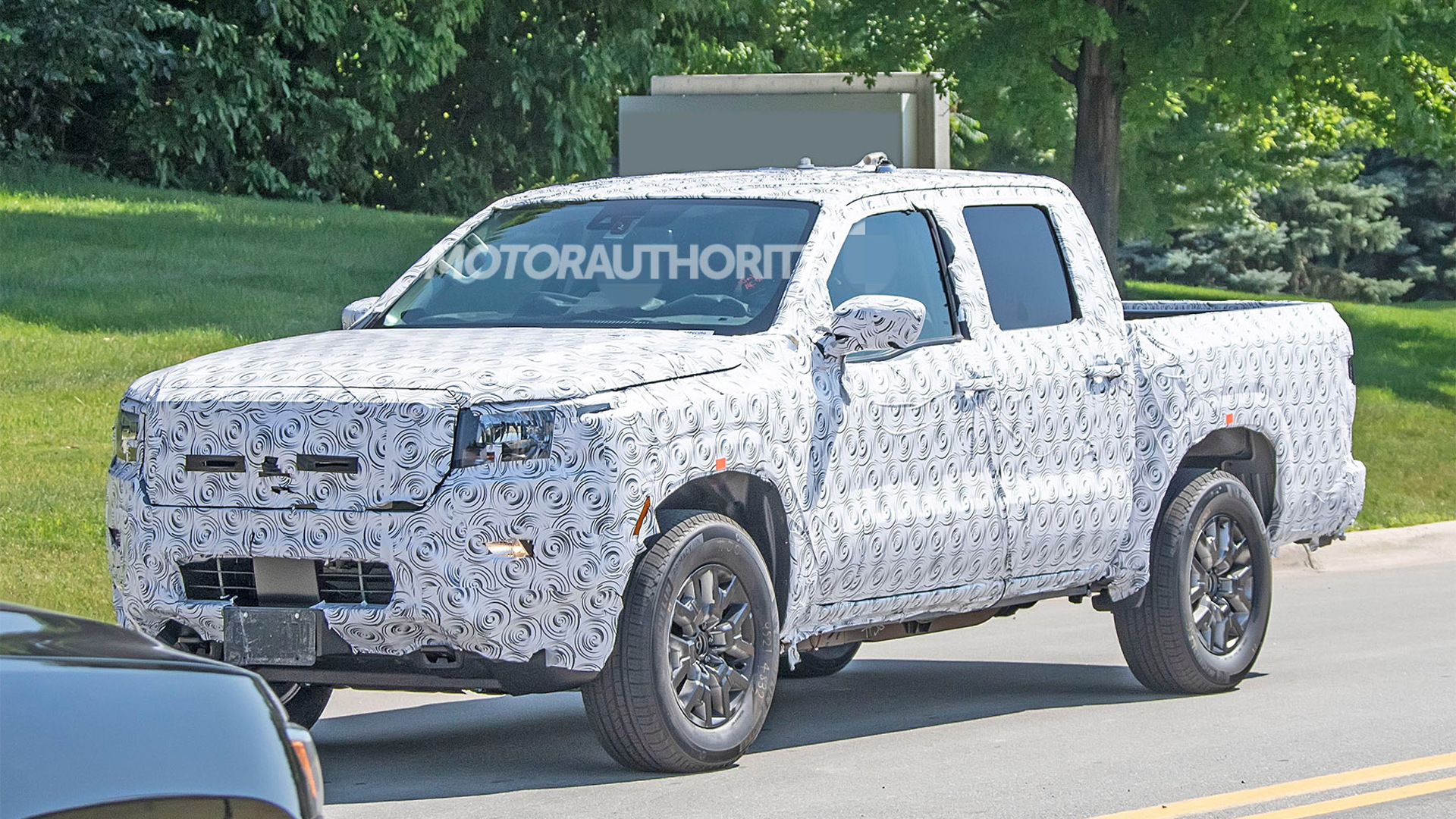 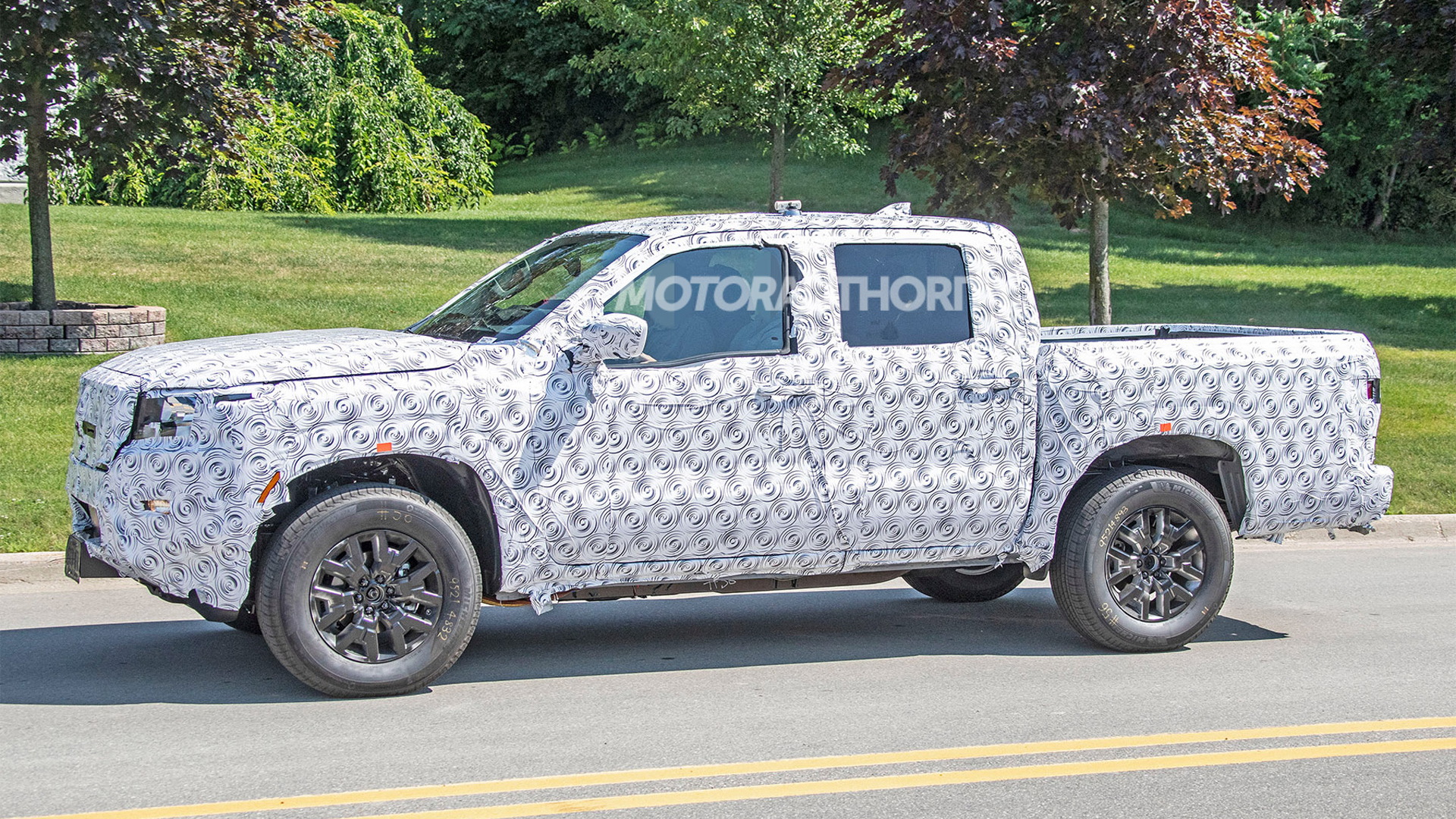 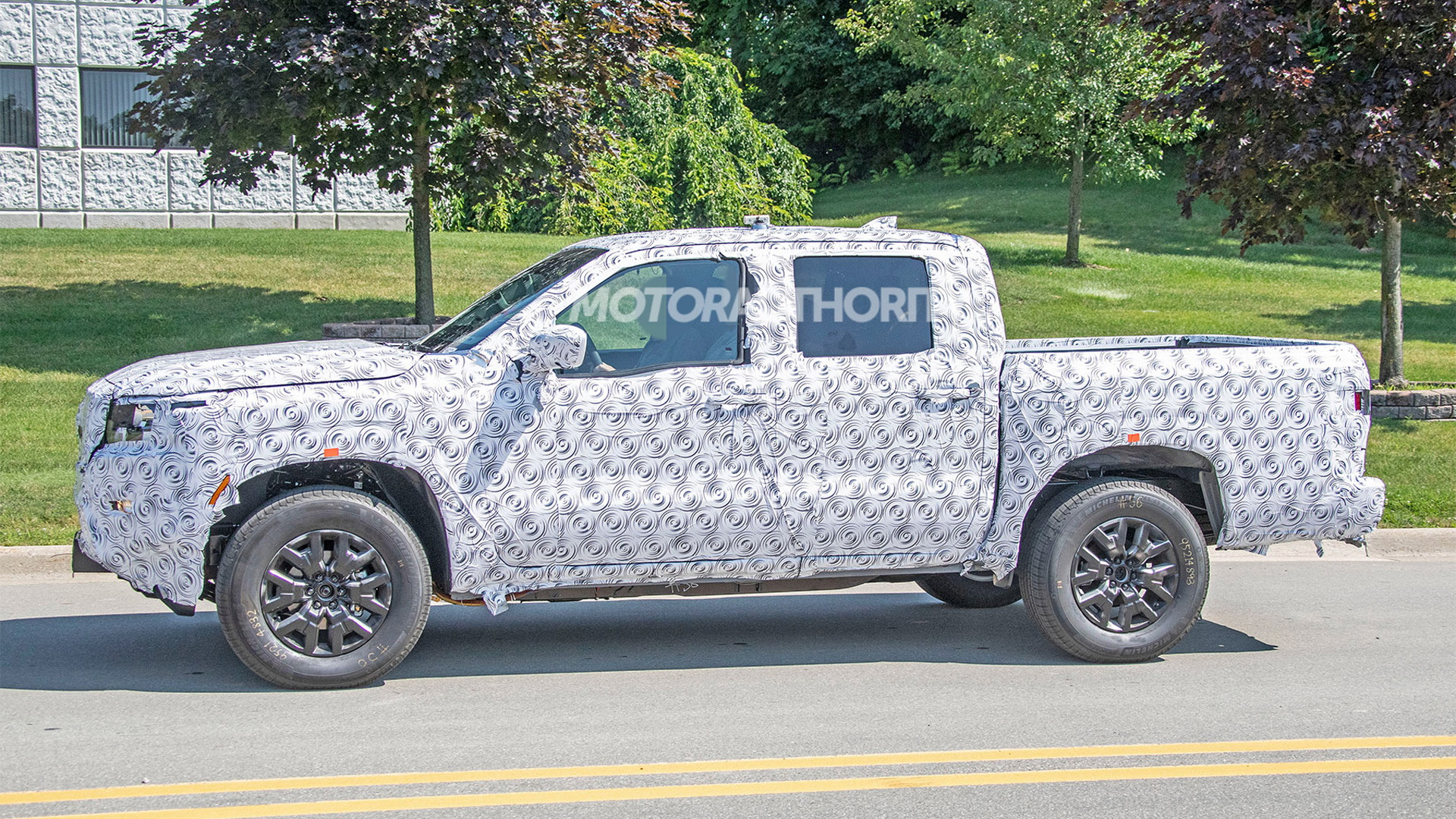 Nissan's redesigned Frontier has been spotted.

It's due for a reveal shortly as a 2022 model and will be mostly new, though some components will be shared with the Frontier currently on sale. This includes the V-6 and 9-speed automatic combo that was added for 2020.

The 2022 Frontier sticks to the current model's recipe of a mid-size, body-on-frame pickup truck, and there will likely be various cab and bed options to choose from, as is the case with the current model. The version testing here is a crew cab with what appears to be an extended bed. A shot of the interior reveals push-button start and a large infotainment screen at the top of the center stack. The tester also has analog guages.

Judging by the prototype, the styling of the new Frontier will be similar to the recently updated Titan. A teaser photo shown during last December's reveal of the new Nissan Navara mid-size pickup sold in global markets hints at what's to come. The new Frontier looks to be big and burly, which is what pickup buyers tend to like. Some versions will have LED headlights, and it looks like the rear windshield will have a sliding opening.

The sole powertrain at launch will be a 3.8-liter V-6 mated to the same 9-speed automatic found in the Titan, which will feature unique ratios for the Frontier. The V-6 will deliver a peak 310 horsepower and 281 pound-feet of torque, and buyers will have the choice of rear- or four-wheel drive. A Frontier Pro-4X with some off-road goodies should also be offered at some point.

The new Frontier is part of a major product renewal at Nissan as the automaker seeks to turn around its losses. There are multiple new or updated models in the pipeline including the new Ariya EV and a redesigned Z sports car. The first model in the product renewal has already been revealed in the form of the 2021 Rogue.