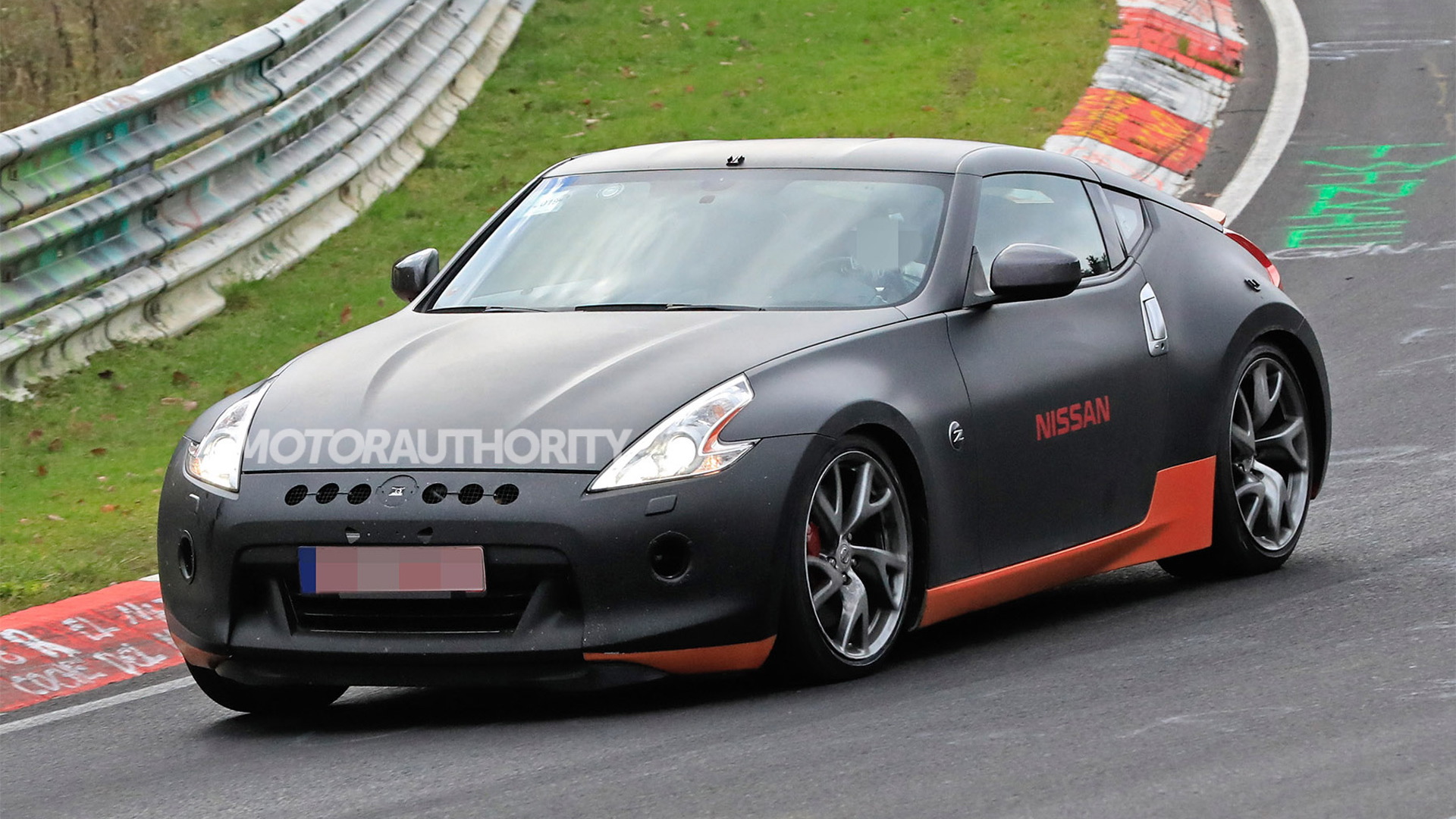 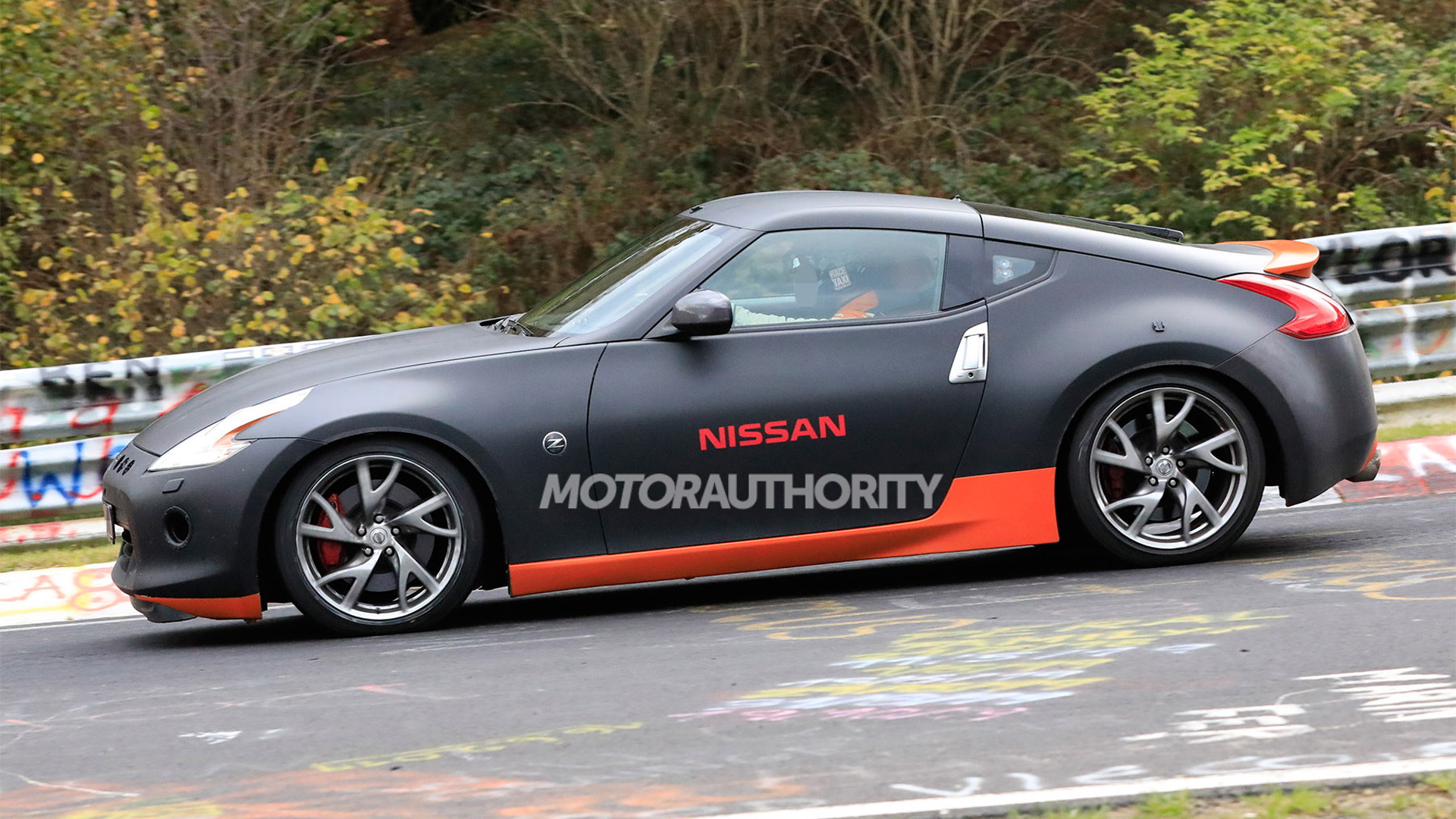 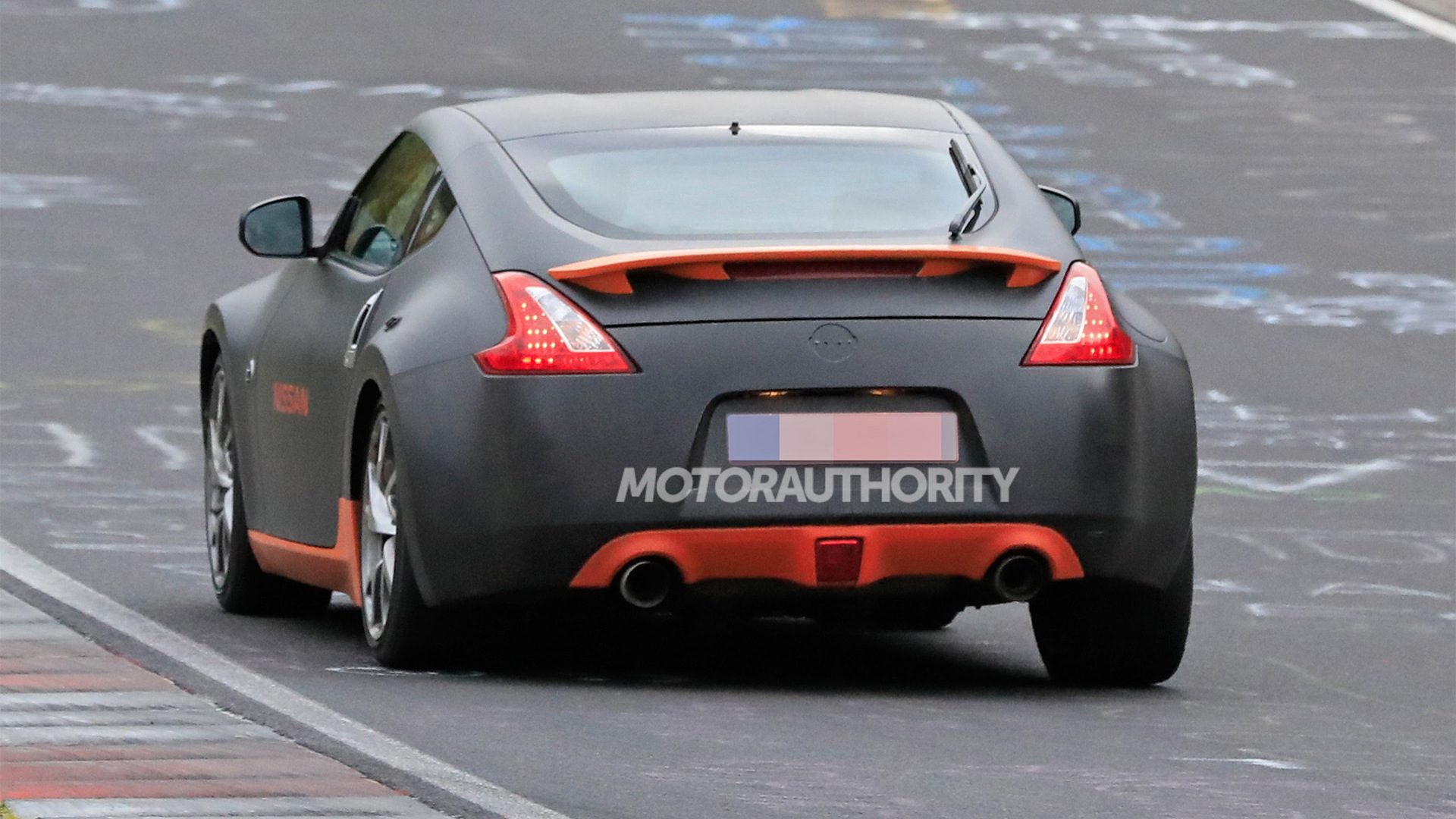 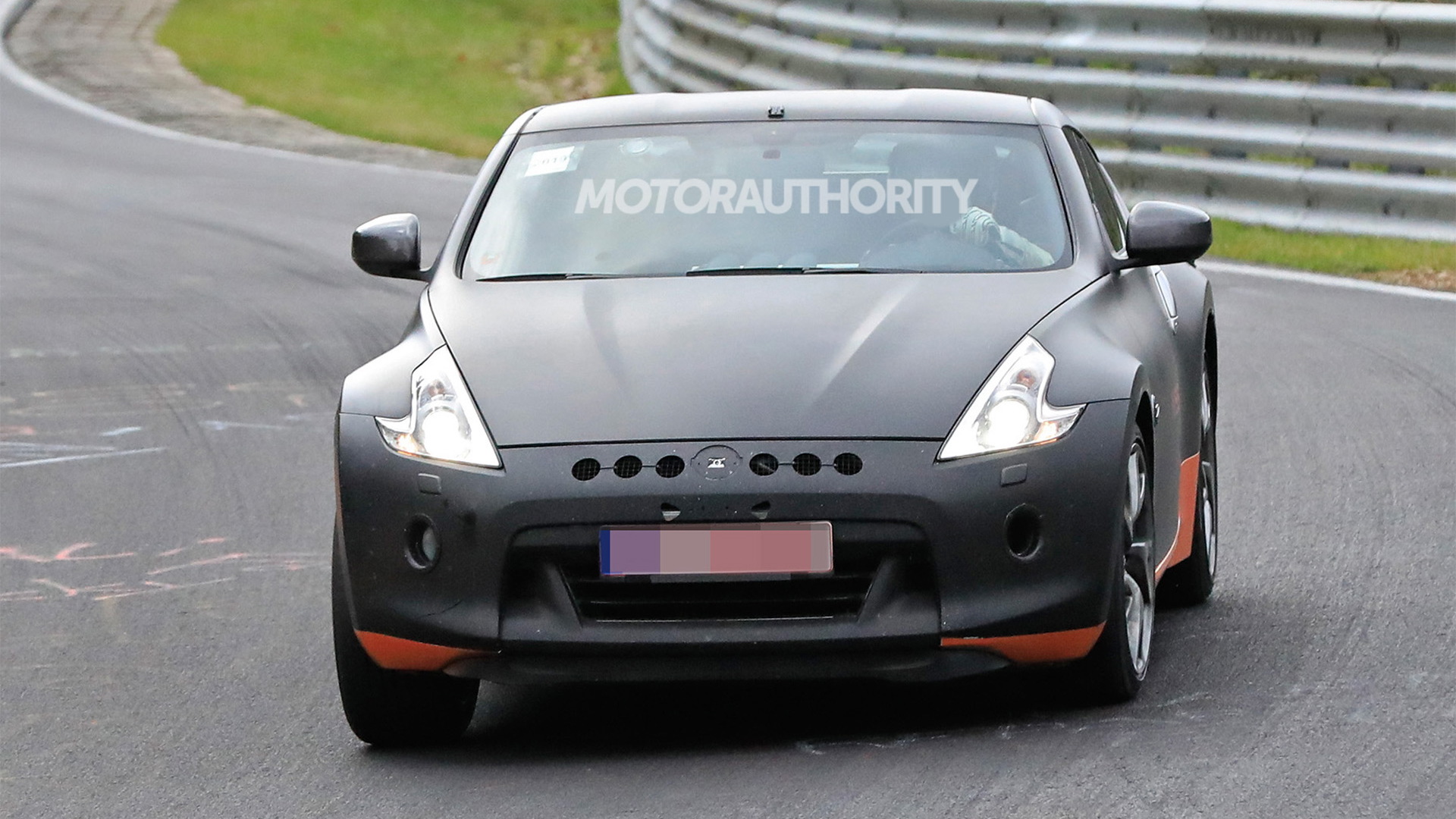 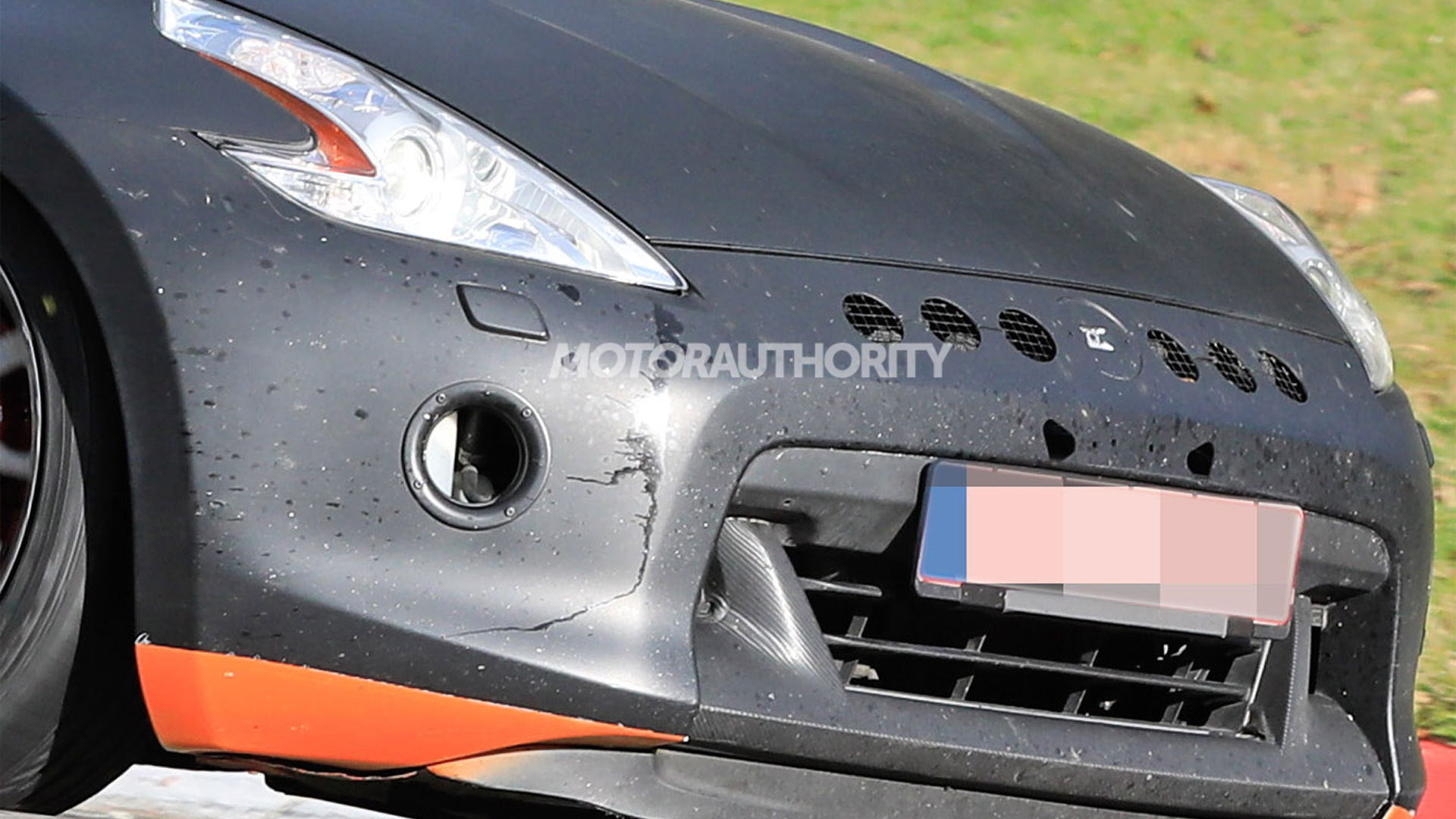 After years of sitting on the sidelines, Nissan is finally getting around to developing a successor to the 370Z.

The automaker has been spotted with a test mule at the Nürburgring, and even though the body shell is from the current 370Z, we can still gather a few clues about the next generation of the Z sports car line.

The 370Z's front fascia has been modified with extra openings on this test mule, suggesting a new powertrain is being developed. More telling is the overhang in each of the wheel wells, which points to the redesigned Z having a narrower track than the 370Z. Yes, we could be looking at a smaller, more nimble successor.

This makes sense as Nissan toyed with the idea of launching a smaller sports car to sit below the Z and GT-R, and even rolled out the funky IDx concepts in 2013 to gauge interest. Plans for the smaller sports car have been dropped and as a result Nissan will likely slightly downsize the Z. 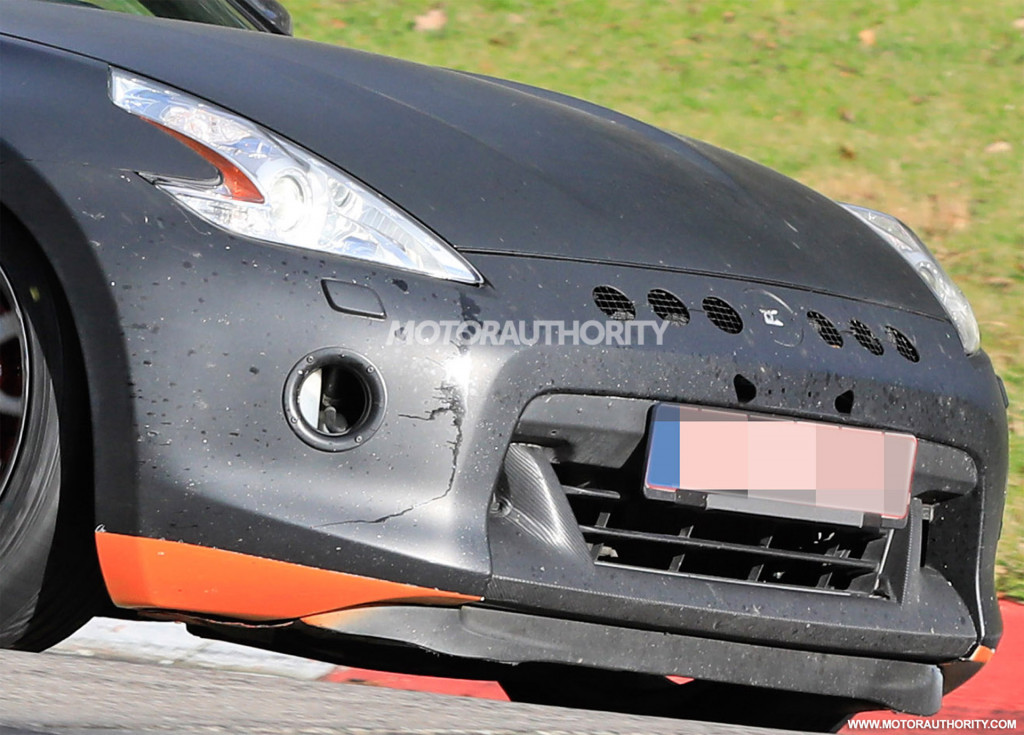 Speaking to Motor Authority in April, Hiroshi Tamura, chief product specialist for the GT-R and Nismo, said the redesigned Z might not be all the much lighter, but it might drive like it is.

In line with this new positioning, expect the redesigned Z to also offer multiple powertrains to entice a wider spectrum of buyers. Here's hoping one of the powertrains is the 400-horsepower, 3.0-liter twin-turbocharged V-6 found in some Infiniti models. A hybrid option may also be a possibility.

Nissan had a Toyota Supra on hand for benchmarking purposes, so it's clear what level of performance is being targeted.

We're still at a very early stage of development, so don't expect to see the new Z revealed until 2021, at the earliest. Such a timeline suggests the car will arrive as a 2022 model. We'll remind you that the 370Z has been on sale since 2009. Incidentally, that's also when the GT-R first went on sale...