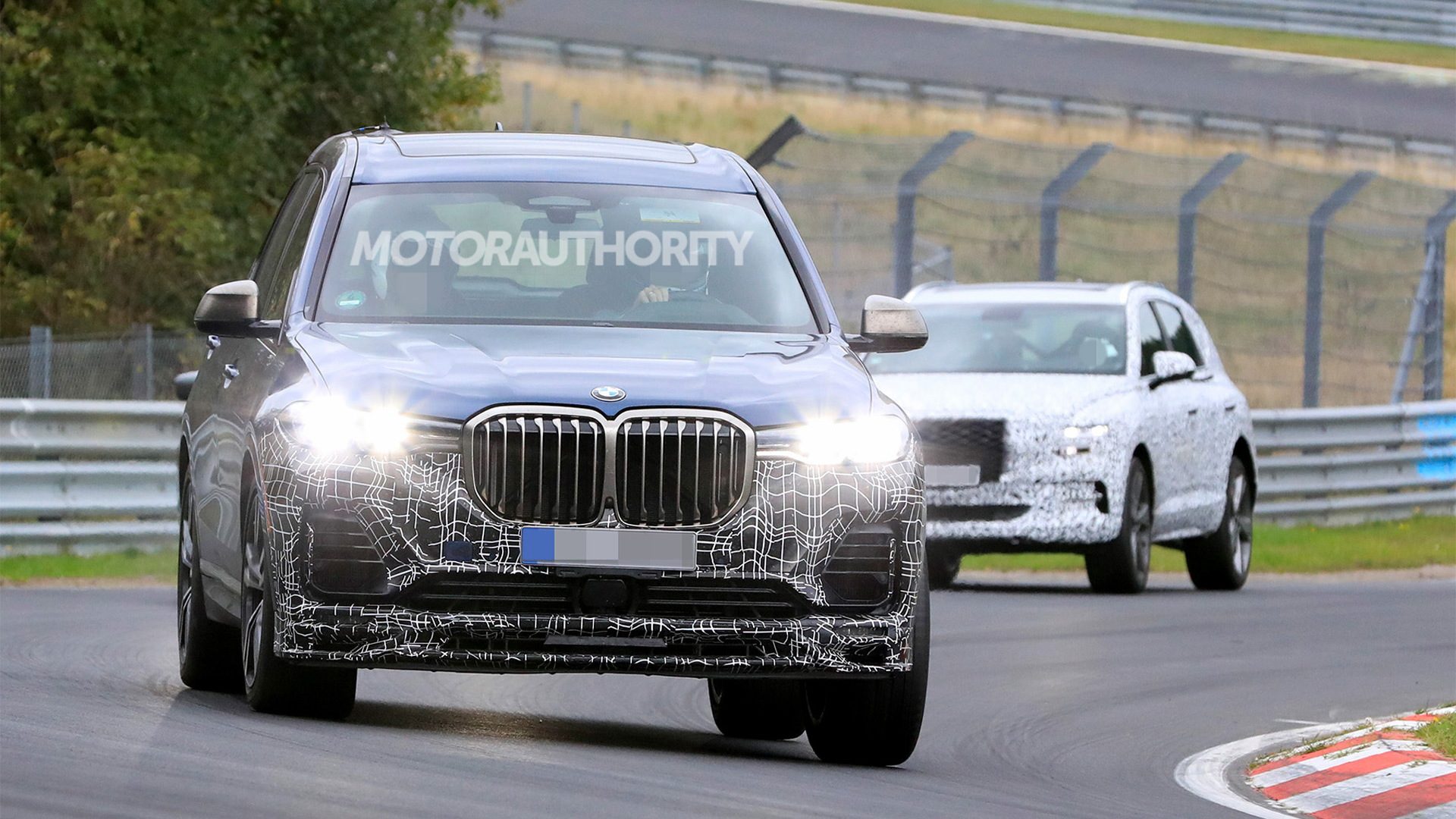 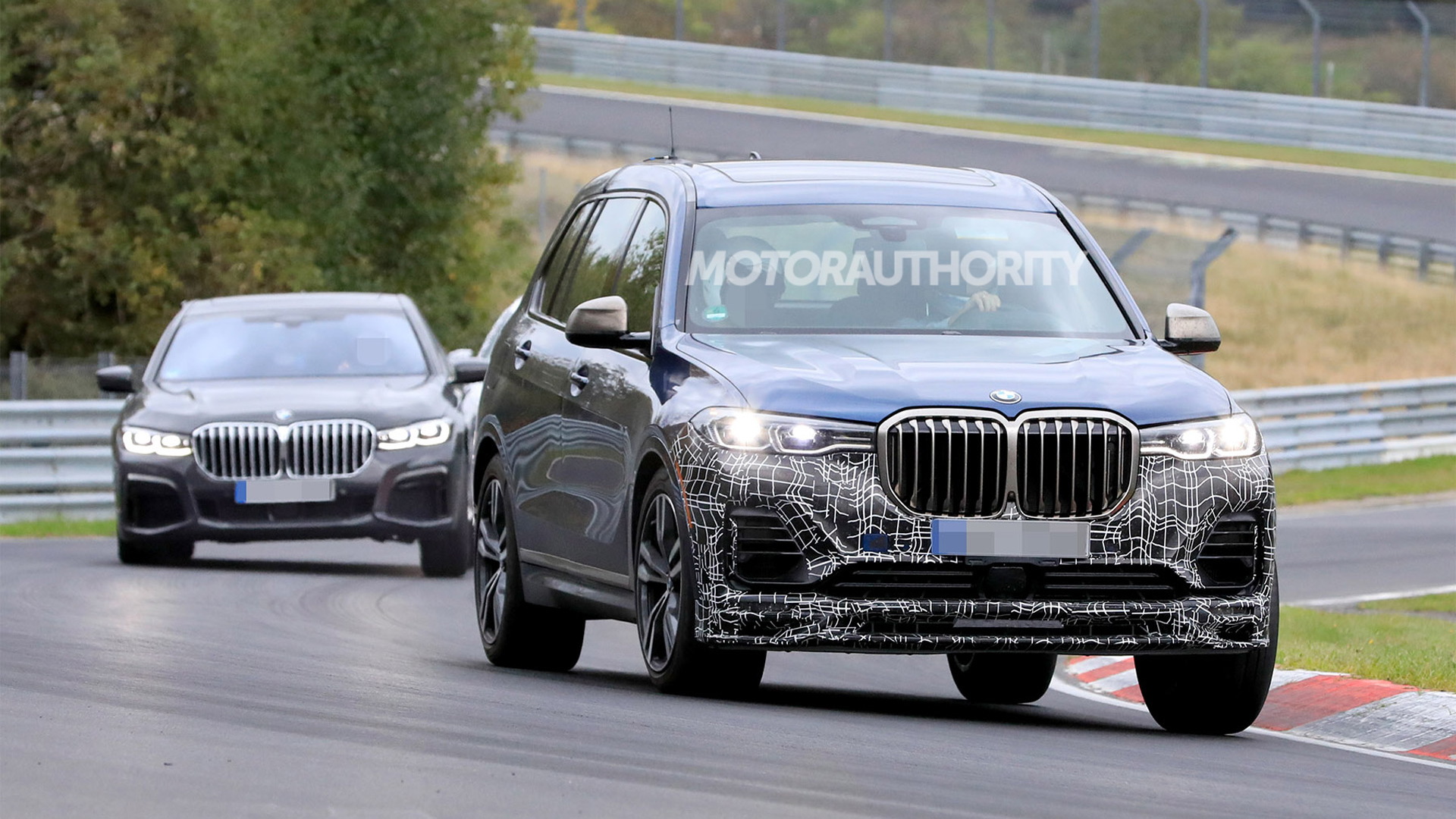 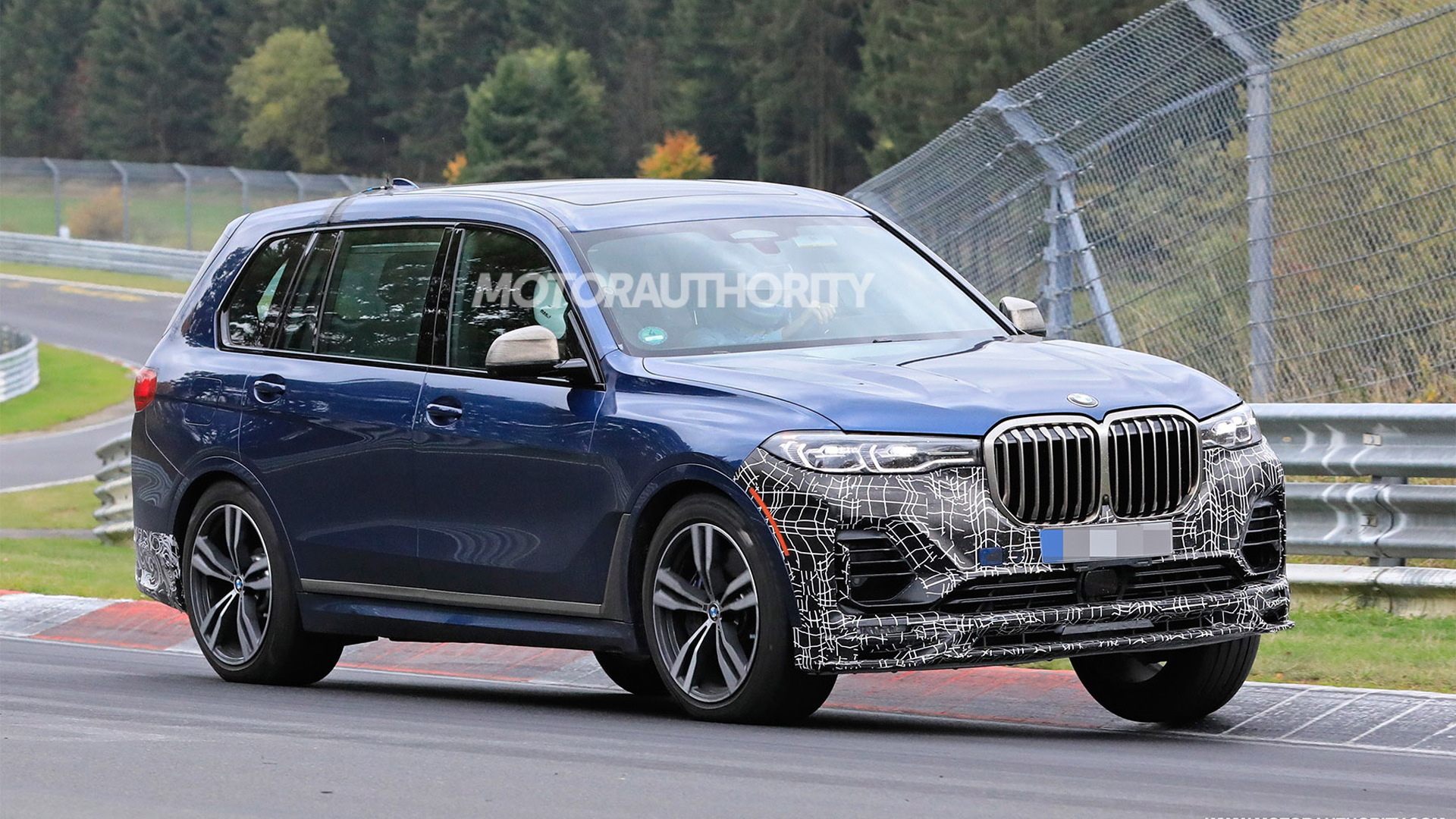 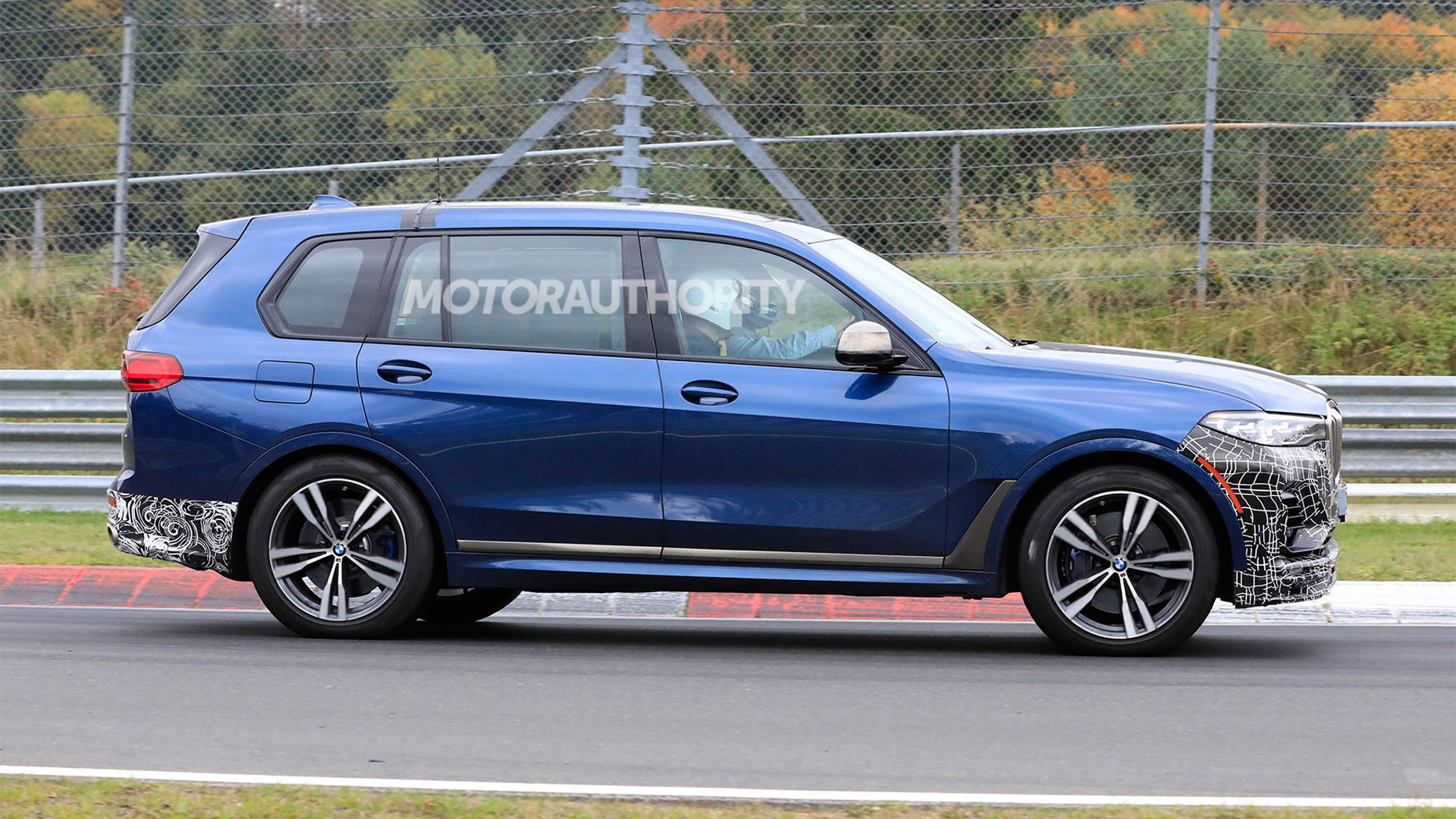 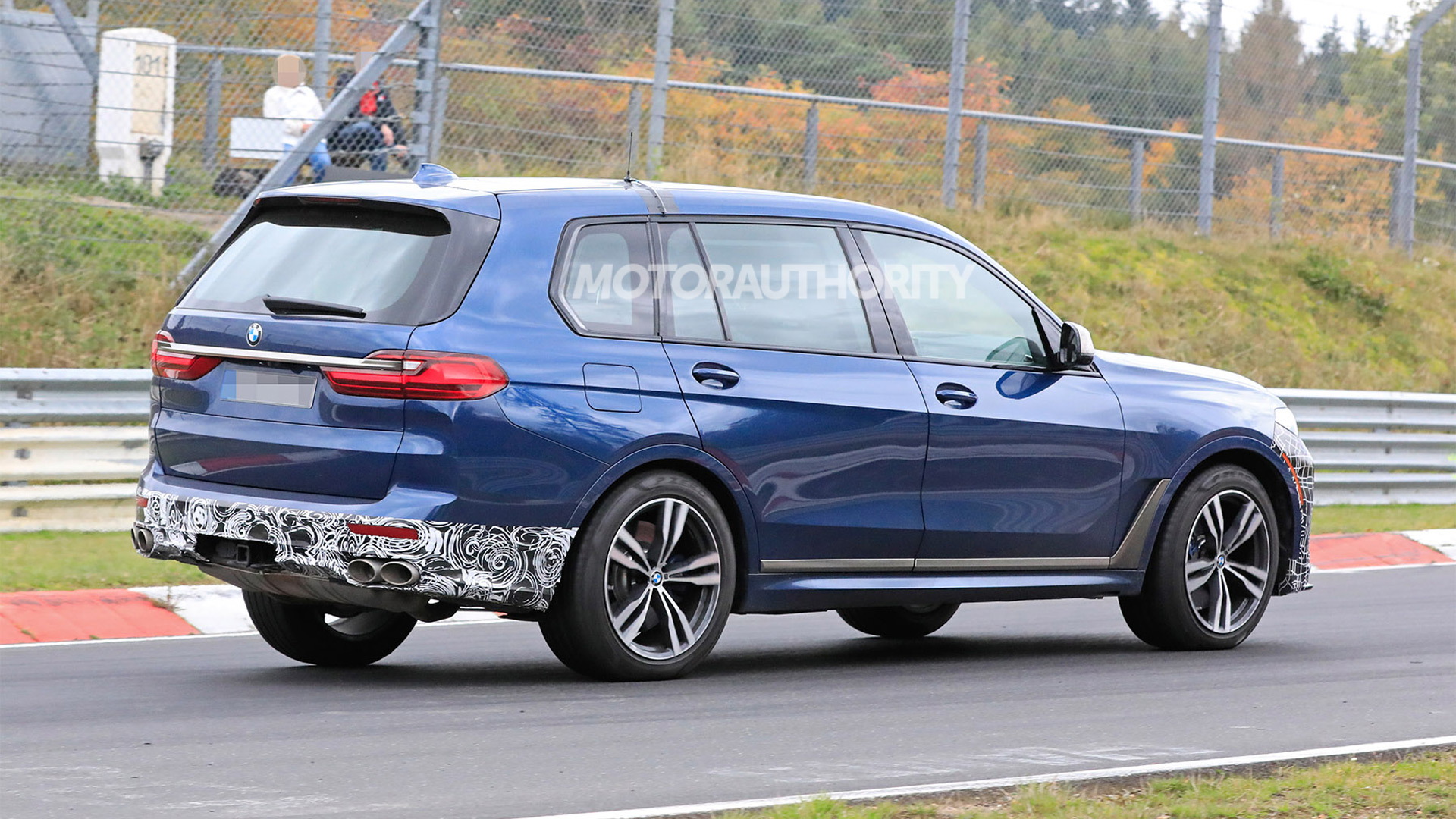 Semi-official BMW tuner Alpina has given the world some fantastically tweaked cars over the years, the latest of which are the 600-horsepower B7 based on the 7-Series and 462-hp B3 based on the 3-Series.

As you may have noticed, Alpina often steps where BMW's own tuner, the M division, doesn't dare tread, and it looks like the next offering will be based on the X7.

The latest spy shots and video show prototypes for an Alpina X7 being tested hard at the Nürburgring and on some of the German racetrack's surrounding roads. Signature Alpina cues include the horizontal slats of the lower front fascia, the multi-spoke wheels, and the quad-exhaust tips.

Alpina's X7 will likely be badged an XB7 if it's powered by a gasoline engine, though if there's a diesel under the hood then you can expect the name to be XD7. Given the importance of the United States and China to Alpina, it's more than likely we're looking at a gas-powered model.

The B7 super sedan packs a 4.4-liter twin-turbocharged V-8 conservatively rated at 600 horsepower and 590 pound-feet of torque. It also features a sport exhaust, a reworked 8-speed automatic transmission, and track-tuned suspension. All of these features installed in the X7 would make for an impressive SUV, and don't forget Alpina offers tuned versions of the X3 and X4 overseas, so the company has some experience working on high-riding vehicles.

Note, while the X7 is built at BMW's plant in Spartanburg, South Carolina, modifications made to the BX7 will be handled at Alpina's plant in Buchloe, Germany.

Beyond the XB7, we know Alpina is also studying a tuned version of the recently revealed 8-Series Gran Coupe. The car would essentially fill the void of Alpina's previous B6 Gran Coupe.