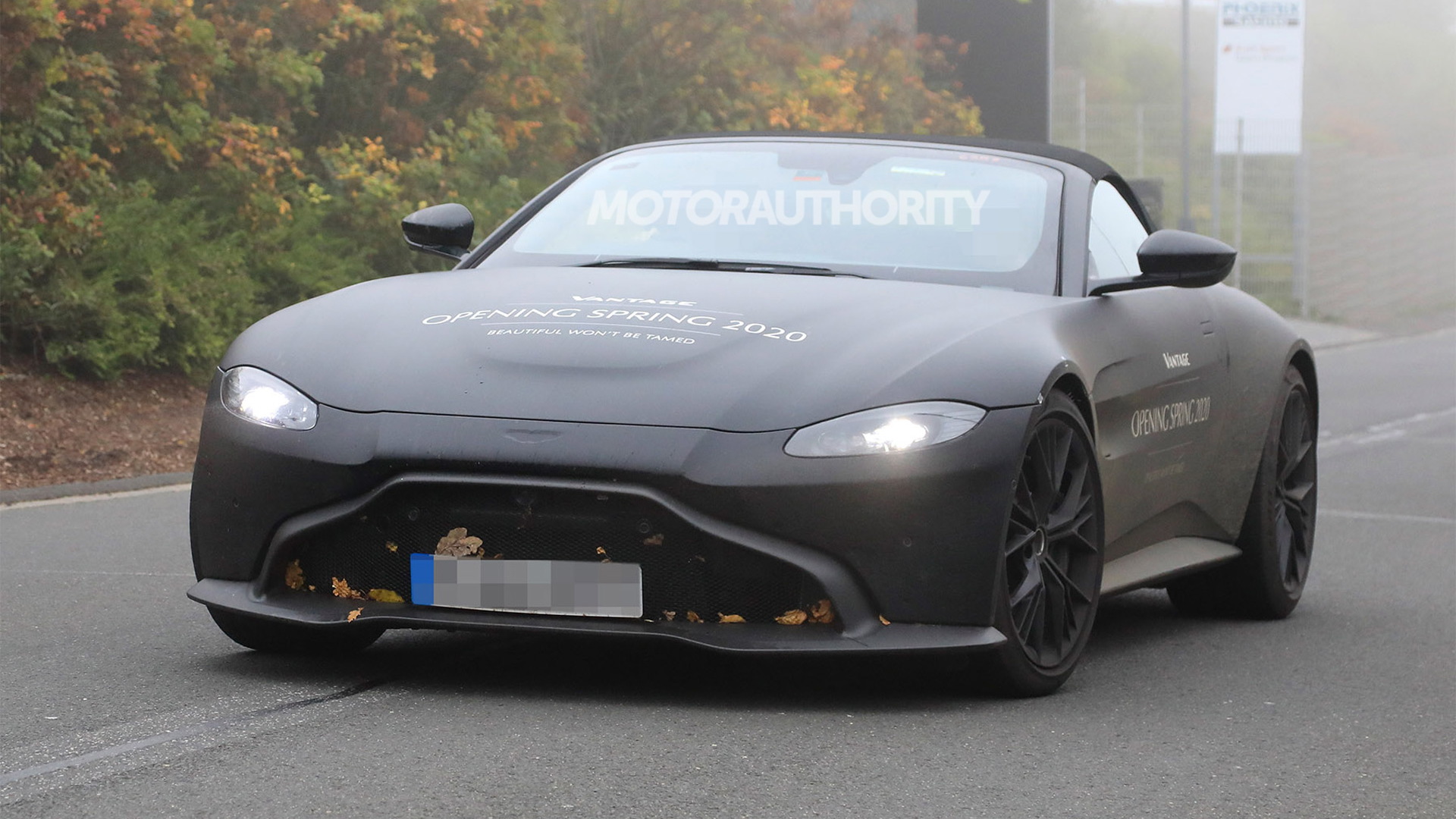 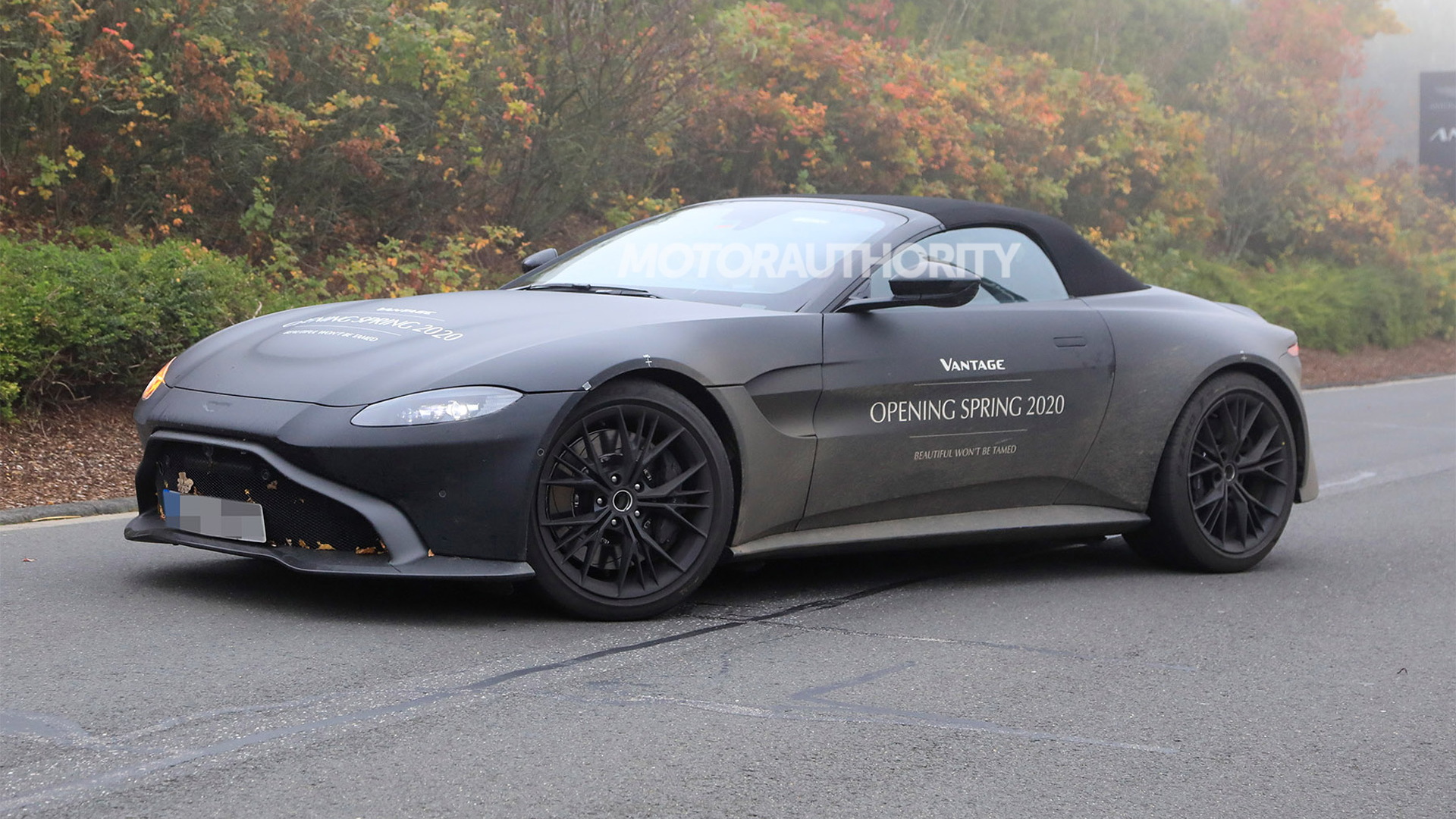 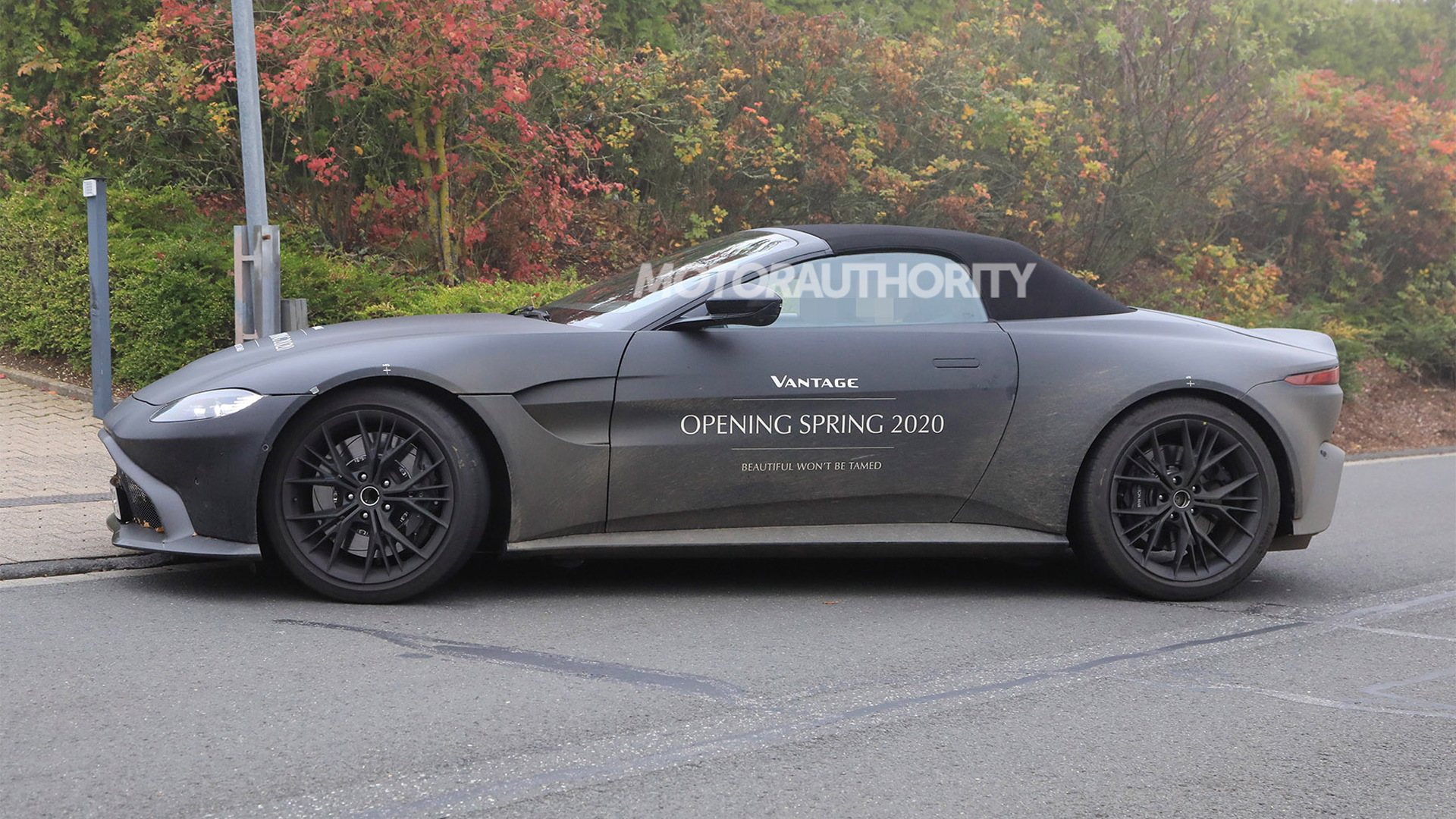 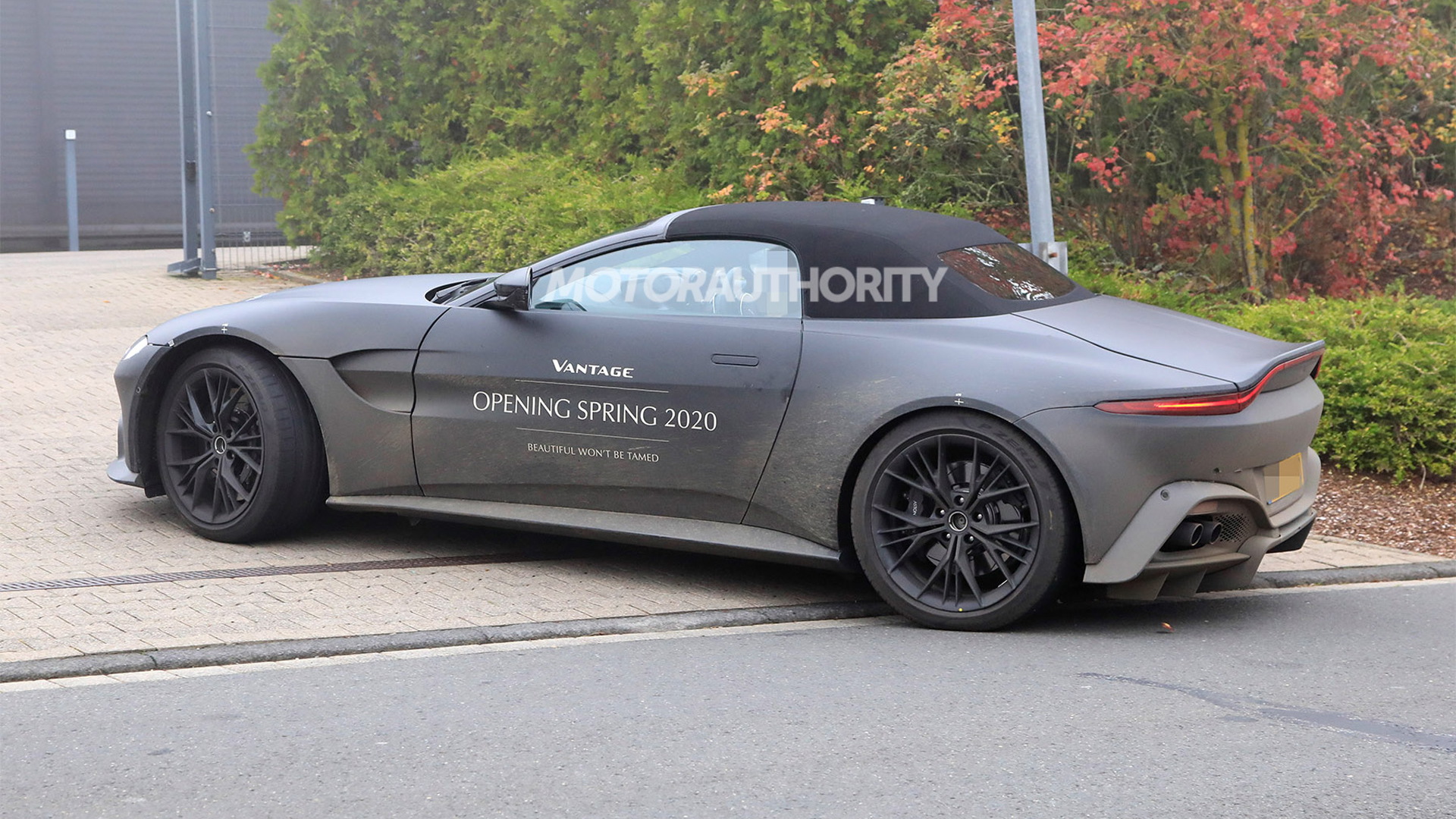 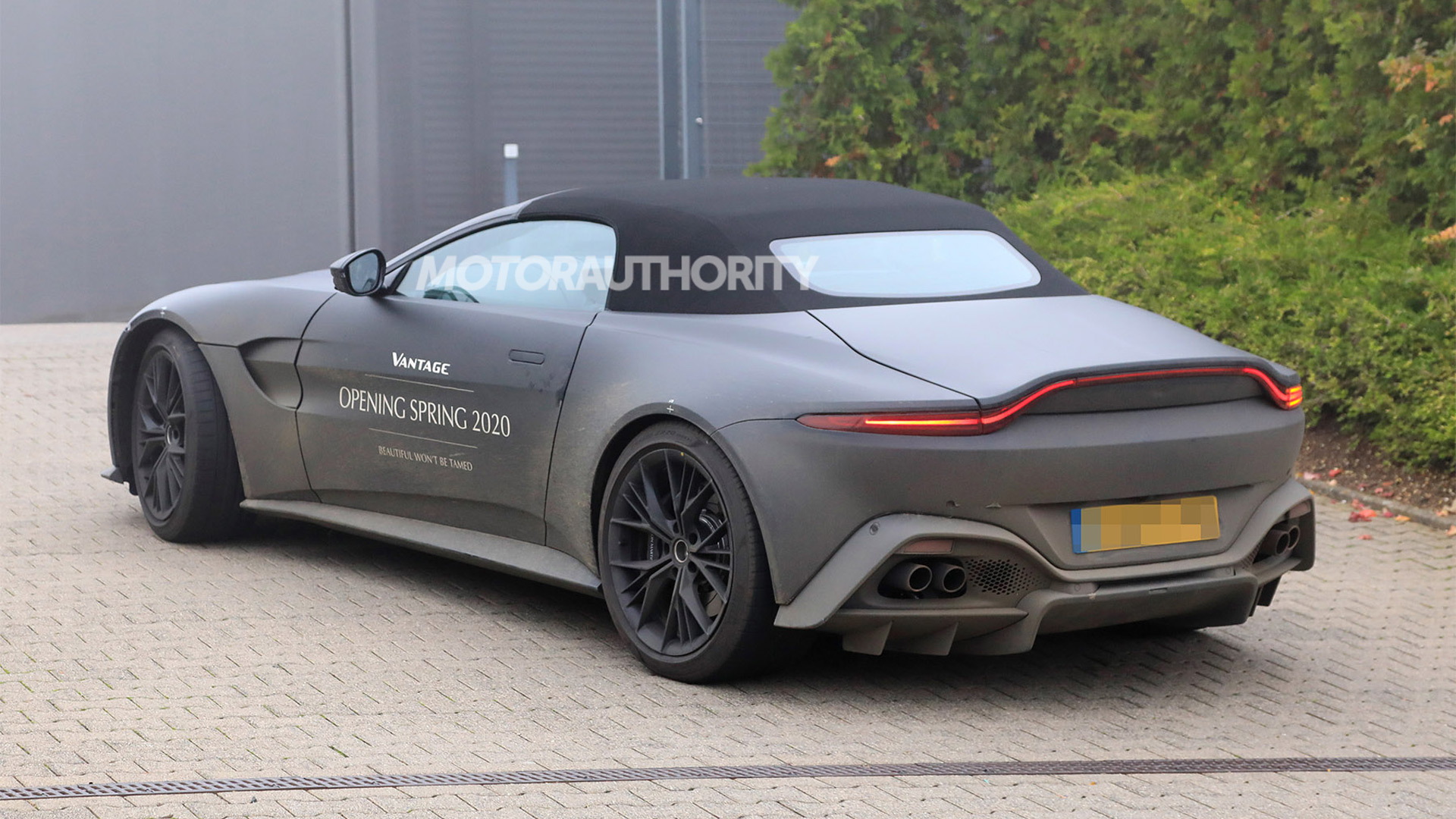 The latest Aston Martin Vantage is a lovely looking thing, but not all potential buyers want a coupe.

Never fret, because Aston Martin will launch a new open-top Vantage Roadster very soon. A full reveal will take place later this year ahead of the market launch in spring 2020, but until then the car will go through some final testing to ensure it holds up well against strong competition like the Porsche 911 Cabriolet and Mercedes-AMG GT Roadster.

We already have a good idea of what to expect as we have both spy shots and Aston Martin's own teasers, revealing that the car will adopt a soft-top roof, just like its predecessor and other convertible models in the British automaker's lineup. The design is very clean, with the roof profile and rear tonneau cover closely matching the lines of the rakish coupe.

We aren't expecting any additional mechanical changes, though reinforcements to the chassis to compensate for the loss of stiffness are typically necessary with convertibles.

Under the hood should be a familiar story, with a Mercedes-AMG-supplied 4.0-liter twin-turbo V-8 making 503 horsepower and 505 pound-feet of torque. An 8-speed automatic will be standard though a 7-speed manual could be made available. The Vantage AMR special edition introduced for 2019 is fitted with a manual, but we know the transmission will eventually be offered on regular Vantage models.

A debut at the Los Angeles Auto Show in November is a strong possibility. The show is where the Vantage coupe made its own debut two years ago.

And pricing should come in at a slight premium to the coupe's $149,995 base sticker.

As for future Vantage variants, Marek Reichman, executive vice president and chief creative officer at Aston Martin, has previously called a V-12 version a good idea, though it may depend on whether the automaker's lineup will be able to stay on the right side of emissions regulations.