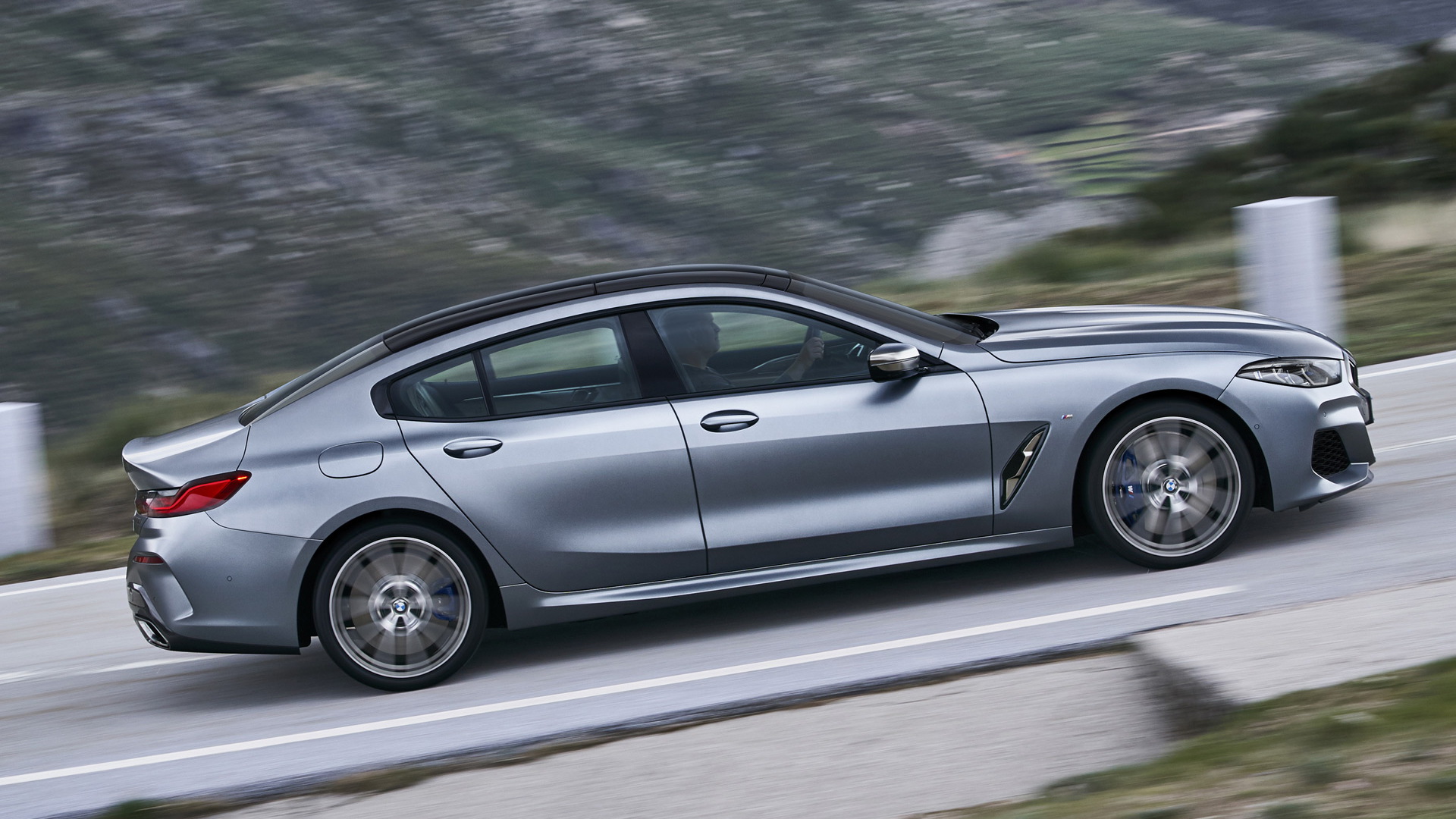 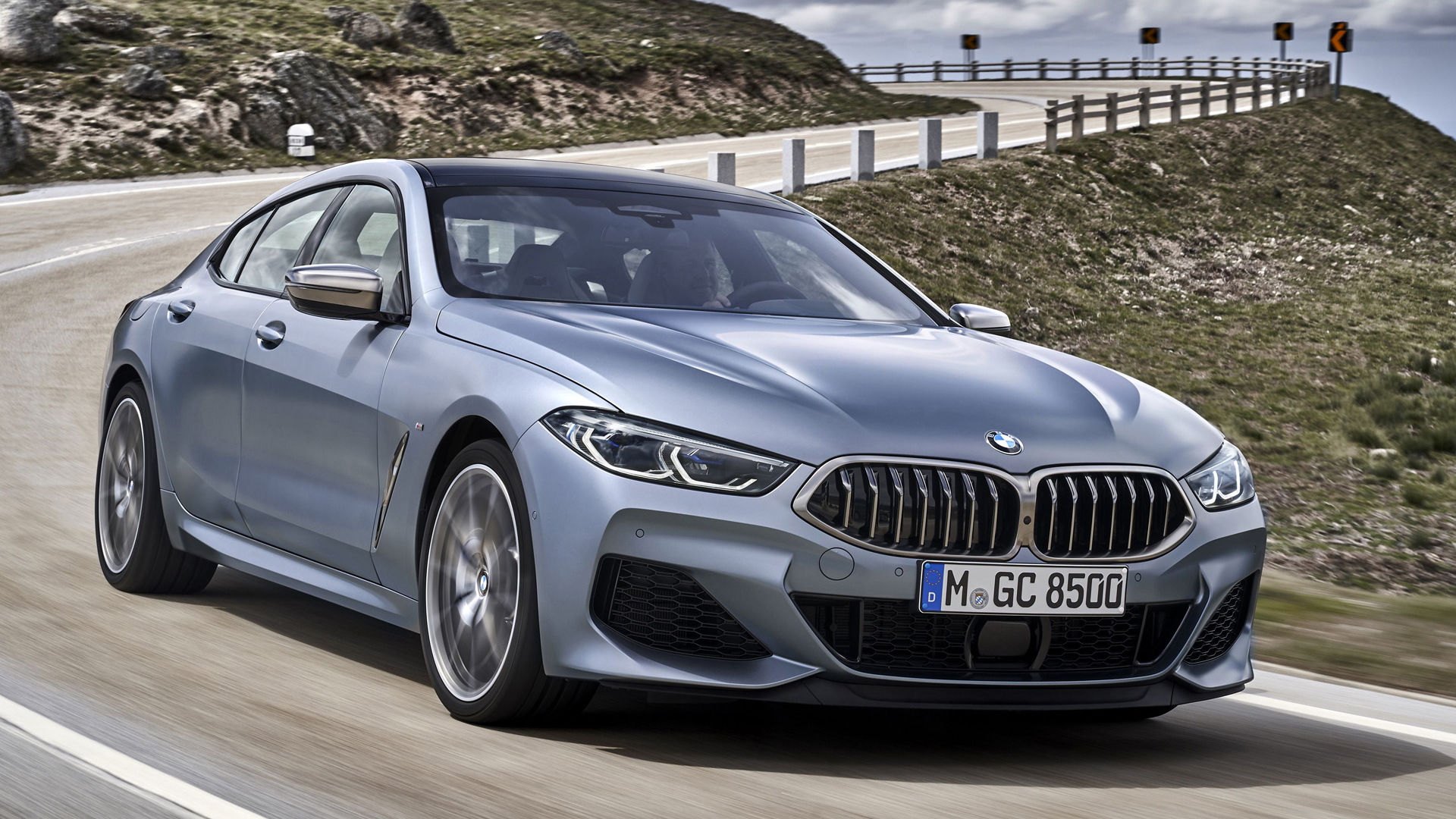 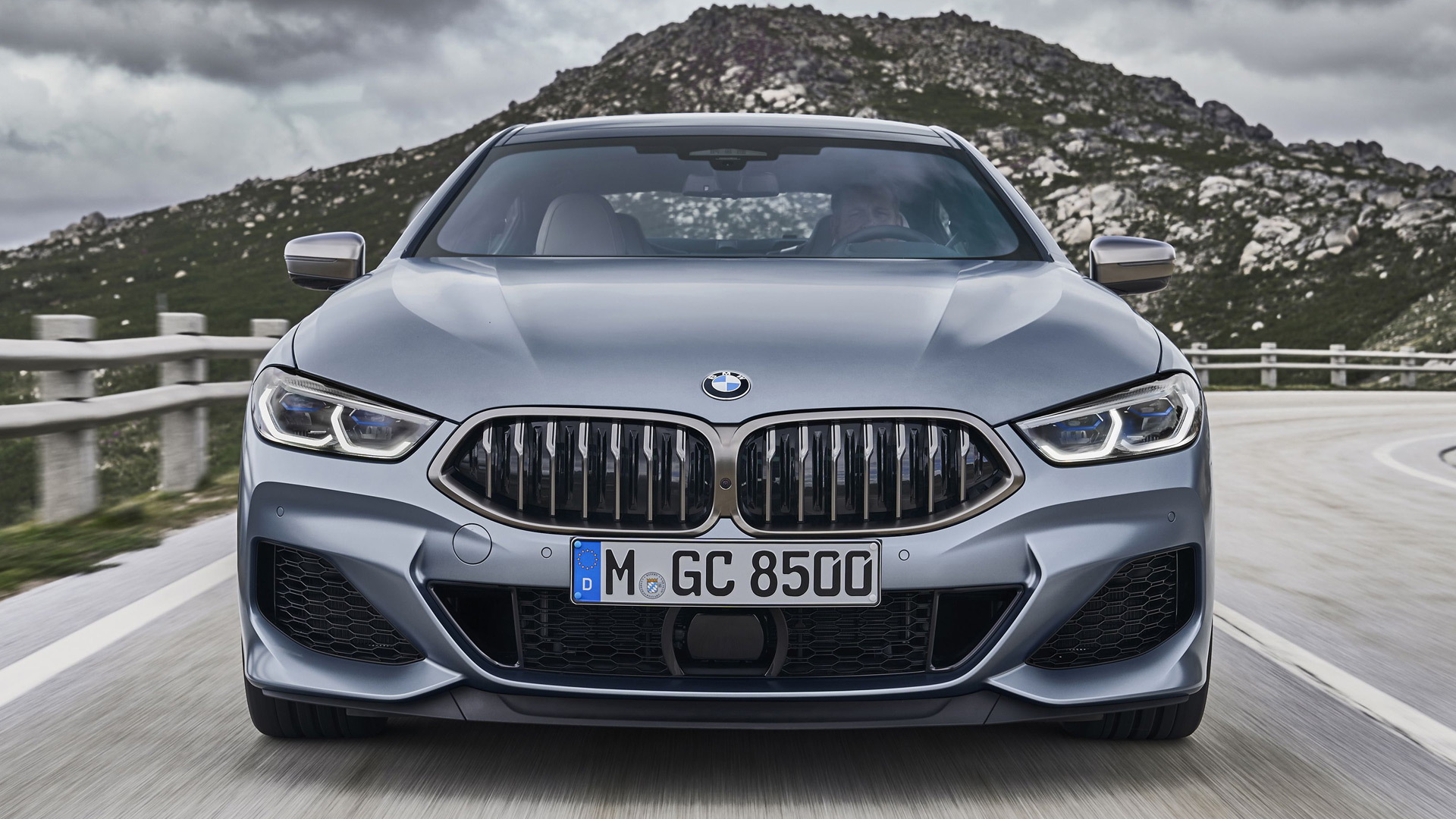 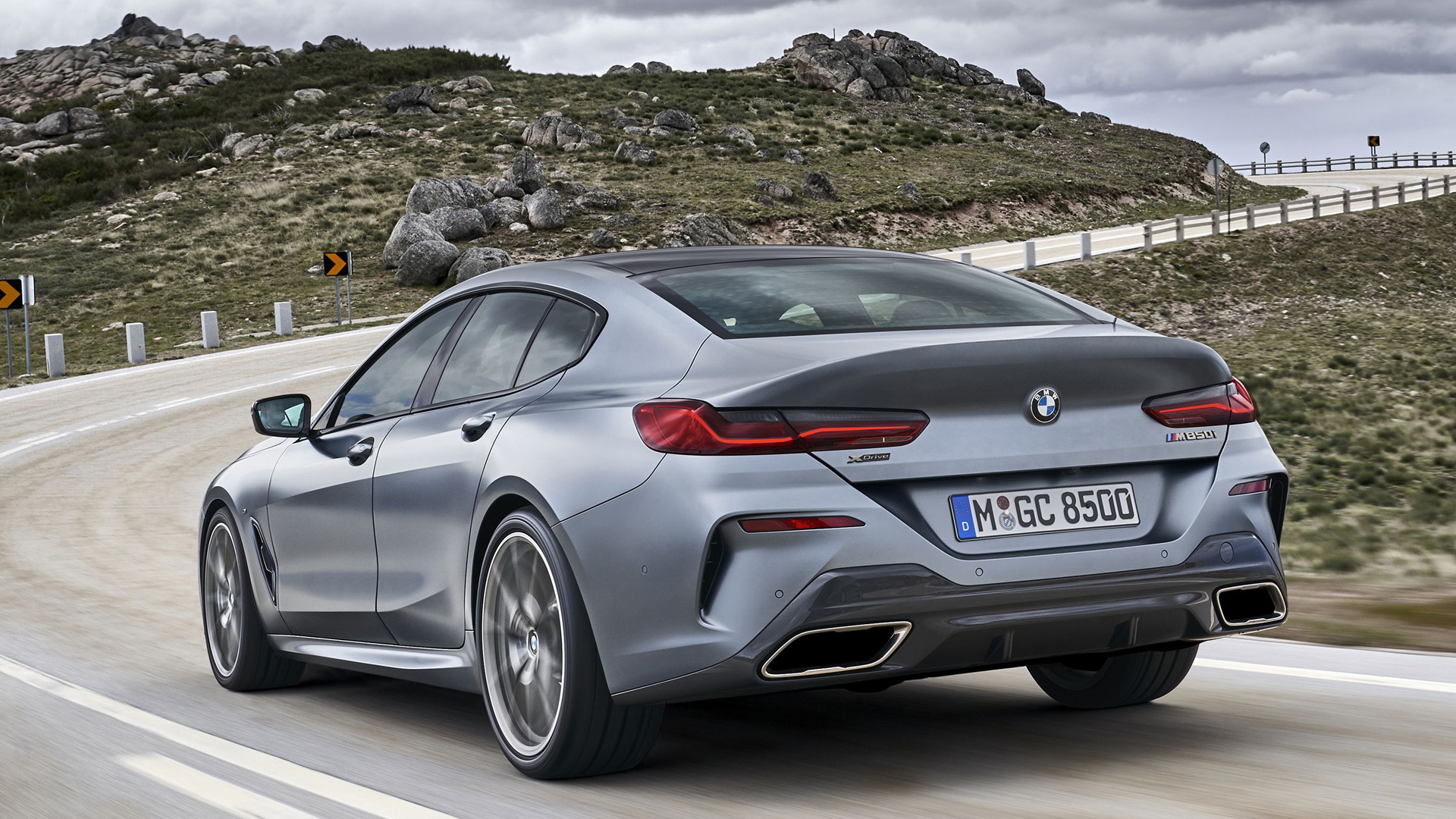 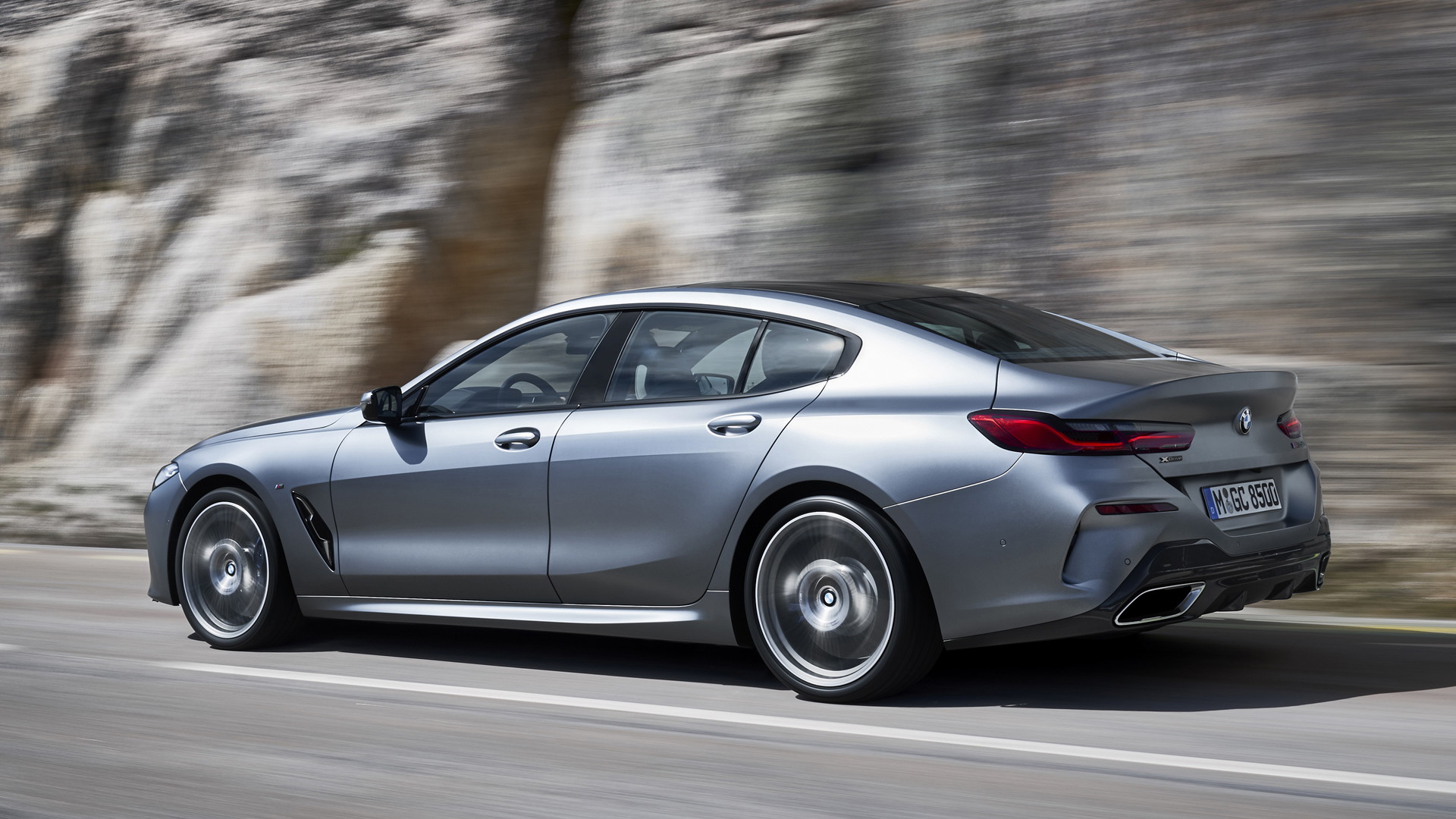 The car's arrival has hardly been a secret. Prototypes have been testing in public for over a year and BMW even previewed a planned M8 Gran Coupe with a concept at the 2018 Geneva International Motor Show.

The platform is the CLAR modular design that debuted in the 2016 7-Series. Its multi-material construction is meant to help shed weight but the 8-Series coupe weighs a hefty 4,478 pounds in M850i guise and the 8-Series Gran Coupe will likely be even heavier.

The platform also brings compatibility with electrified powertrains, though we're yet to see any made available in the 8-Series range. Instead, the 8-Series, including the Gran Coupe, has been launched with a 523-horsepower, 4.4-liter twin-turbocharged V-8, which is being offered in an M850i grade.

A 3.0-liter turbocharged inline-6 with 335 hp and 368 lb-ft has also been added in an entry-level 840i, while an uprated version of the M850i's V-8 with over 600 horsepower has been developed for the range-topping M8 grade. M8 versions of the 8-Series coupe and convertible have already been revealed and an M8 Gran Coupe is due before the year is out. All-wheel drive is standard on the M850i and available on the 840i

The interior is a lot more upmarket than we're used to seeing in BMW models, which is natural since this is the automaker's flagship. Digital screens serve as the instrument cluster and infotainment hub and on the center console sit the gear lever and a rotary-dial controller. The seats are lined in premium Merino leather and contrast stitching can be ordered to add an individual touch.