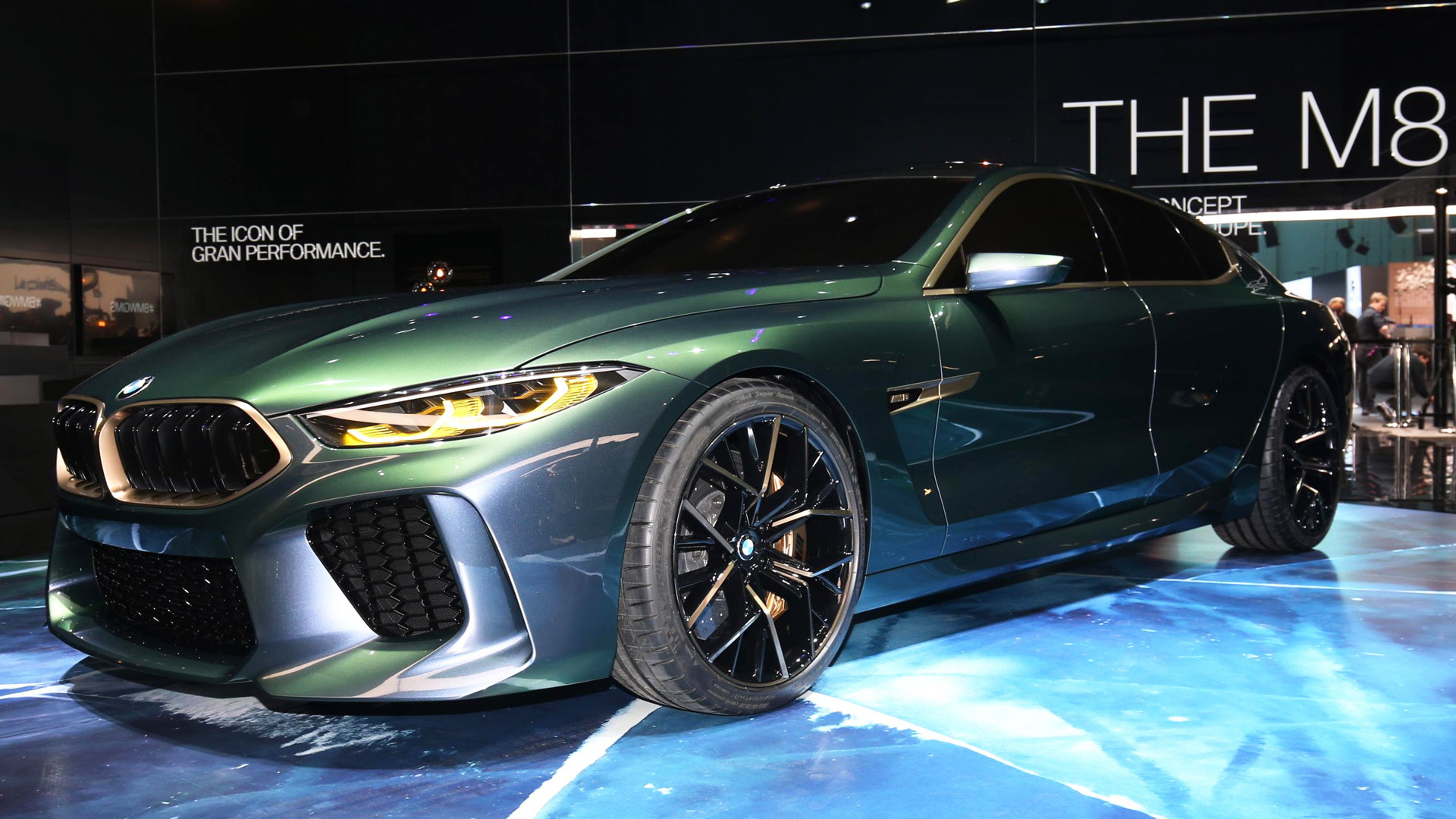 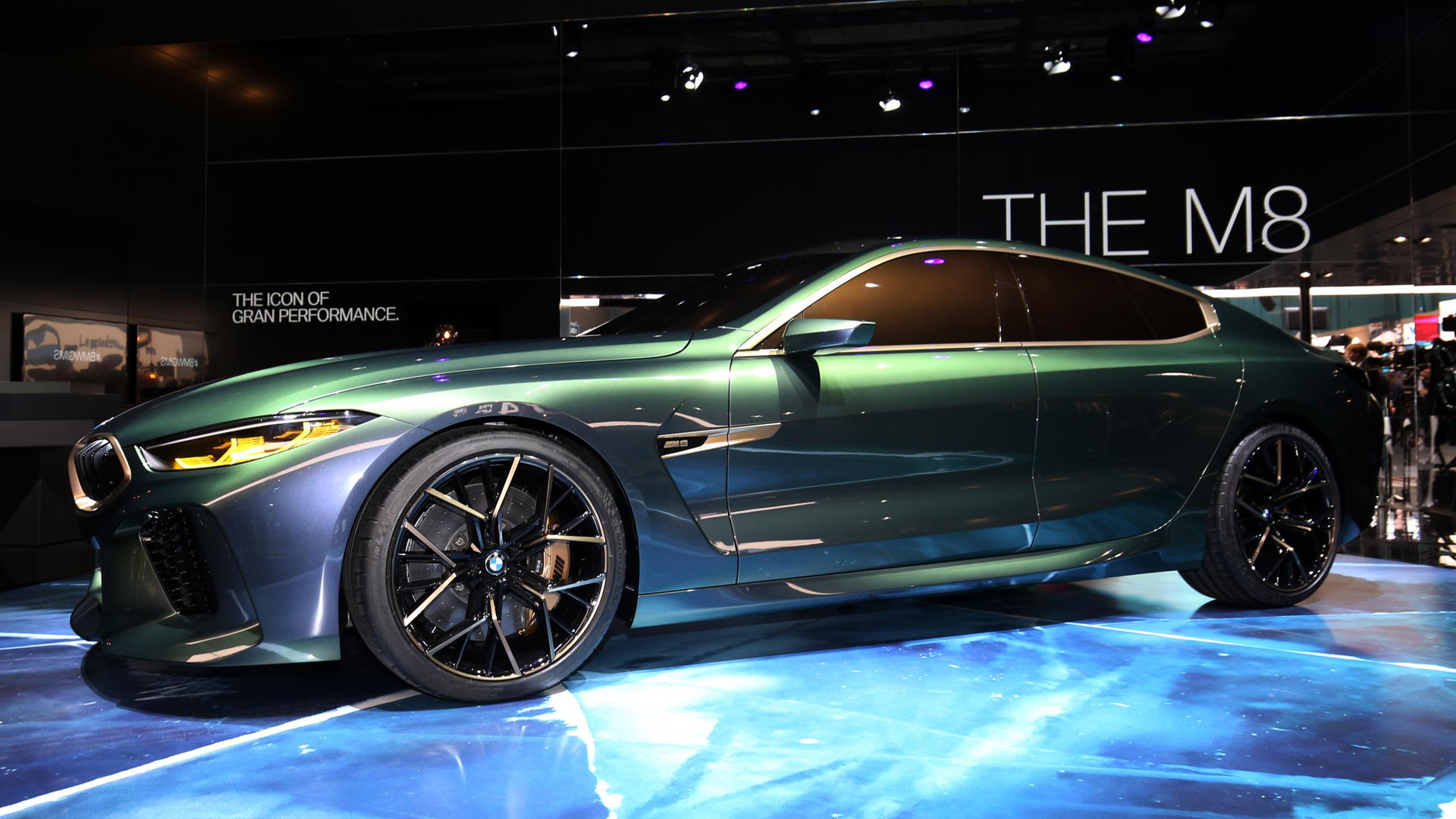 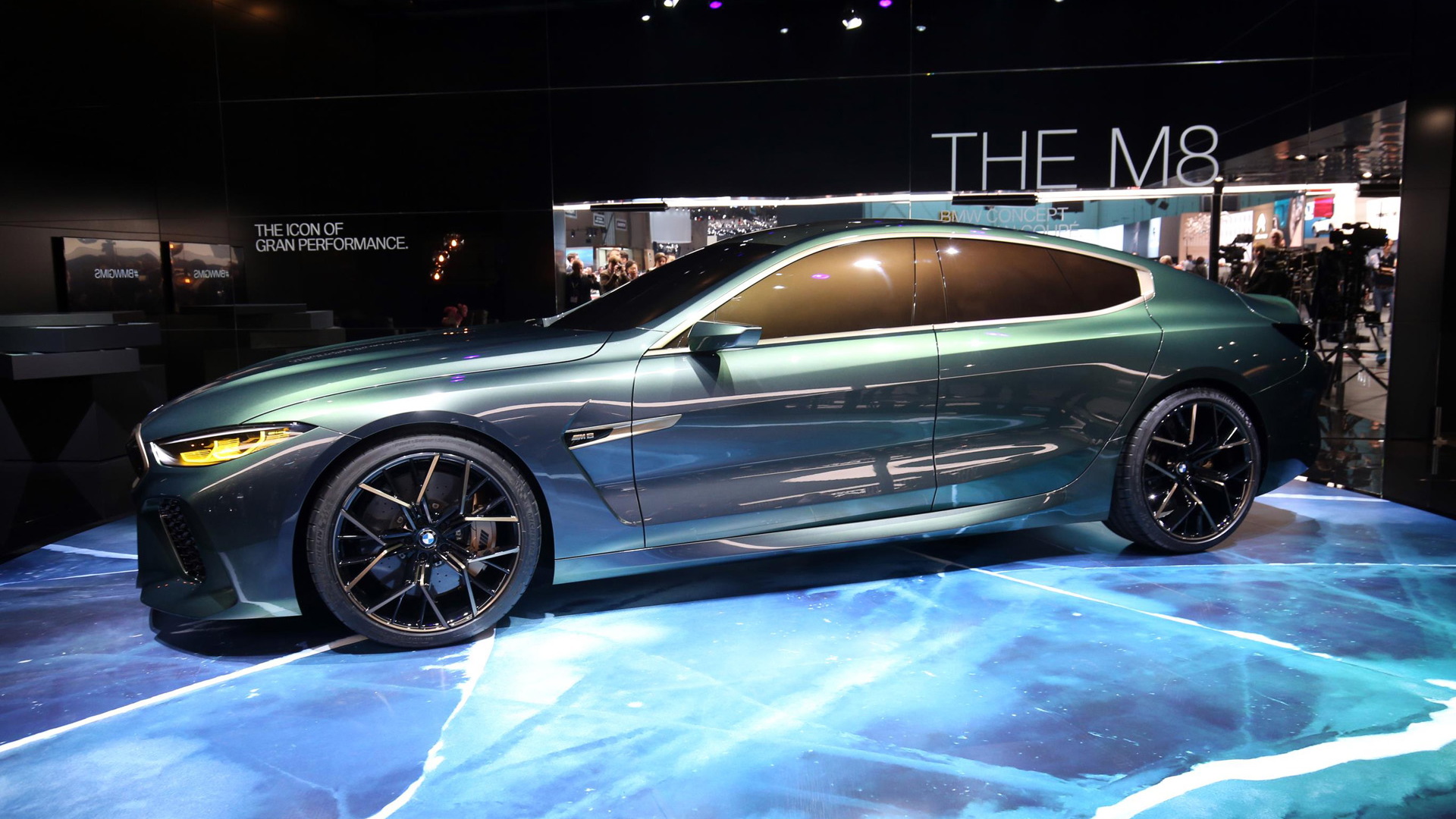 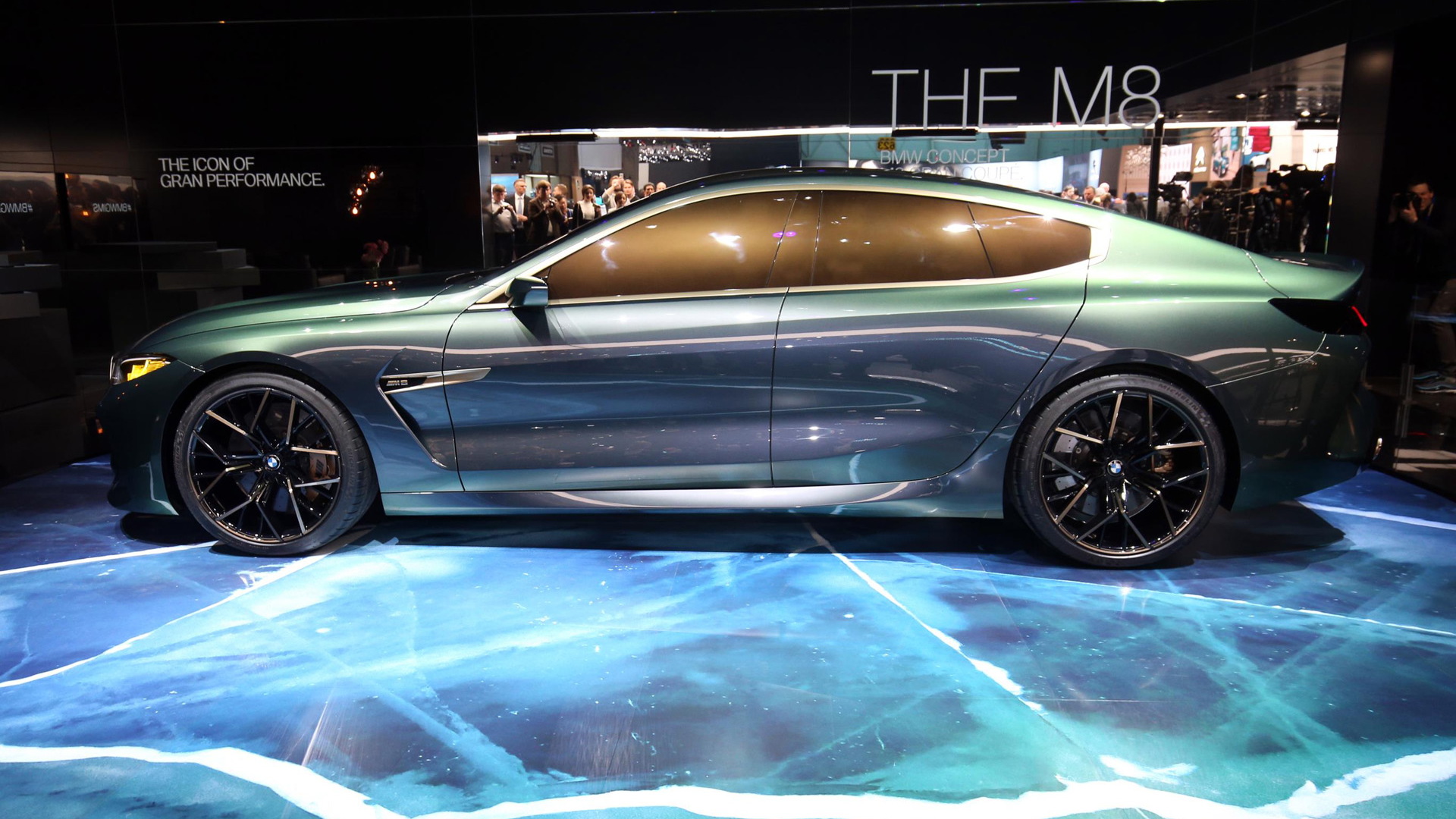 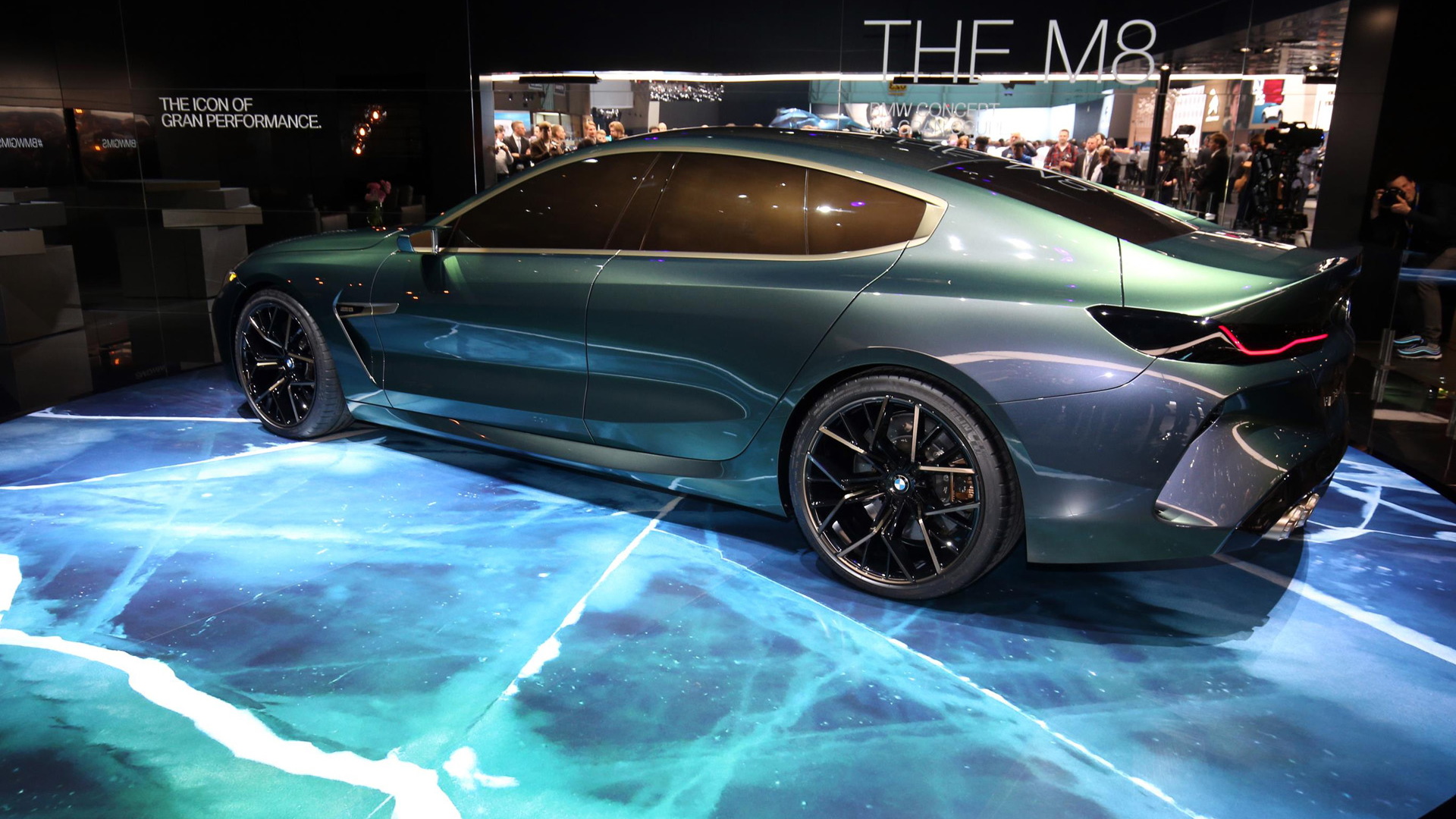 BMW has given us our best look yet at its new 8-Series with the reveal of the M8 Gran Coupe concept on Tuesday at the 2018 Geneva International Motor Show.

The concept specifically previews a future M8 Gran Coupe, but its styling reflects traits of all 8-Series variants.

The new 8-Series will arrive as a coupe but will eventually span convertible and sedan (Gran Coupe) forms as well. The coupe and convertible are due out in 2018. The sedan won't arrive until 2019.

Representing the M8 Gran Coupe, the concept has been aggressively styled. A gaping intake at the front feeds plenty of cool air to what's presumably a powerful engine nestled under the hood. The concept is also characterized by its powerful haunches and aggressive rear diffuser housing four large exhaust tips.

Even when viewed from a distance, the proportions of the concept radiate the car’s dynamic character. The long hood, stretched wheelbase and short tail all suggest that this car means business.

BMW is currently testing prototypes for the M8 in coupe and convertible forms. The cars are confirmed to be coming with a 4.4-liter twin-turbocharged V-8 delivering over 600 horsepower and 553 pound-feet of torque. We can also expect them to come with an 8-speed automatic transmission and the new M xDrive all-wheel-drive system that debuted in the 2018 M5.