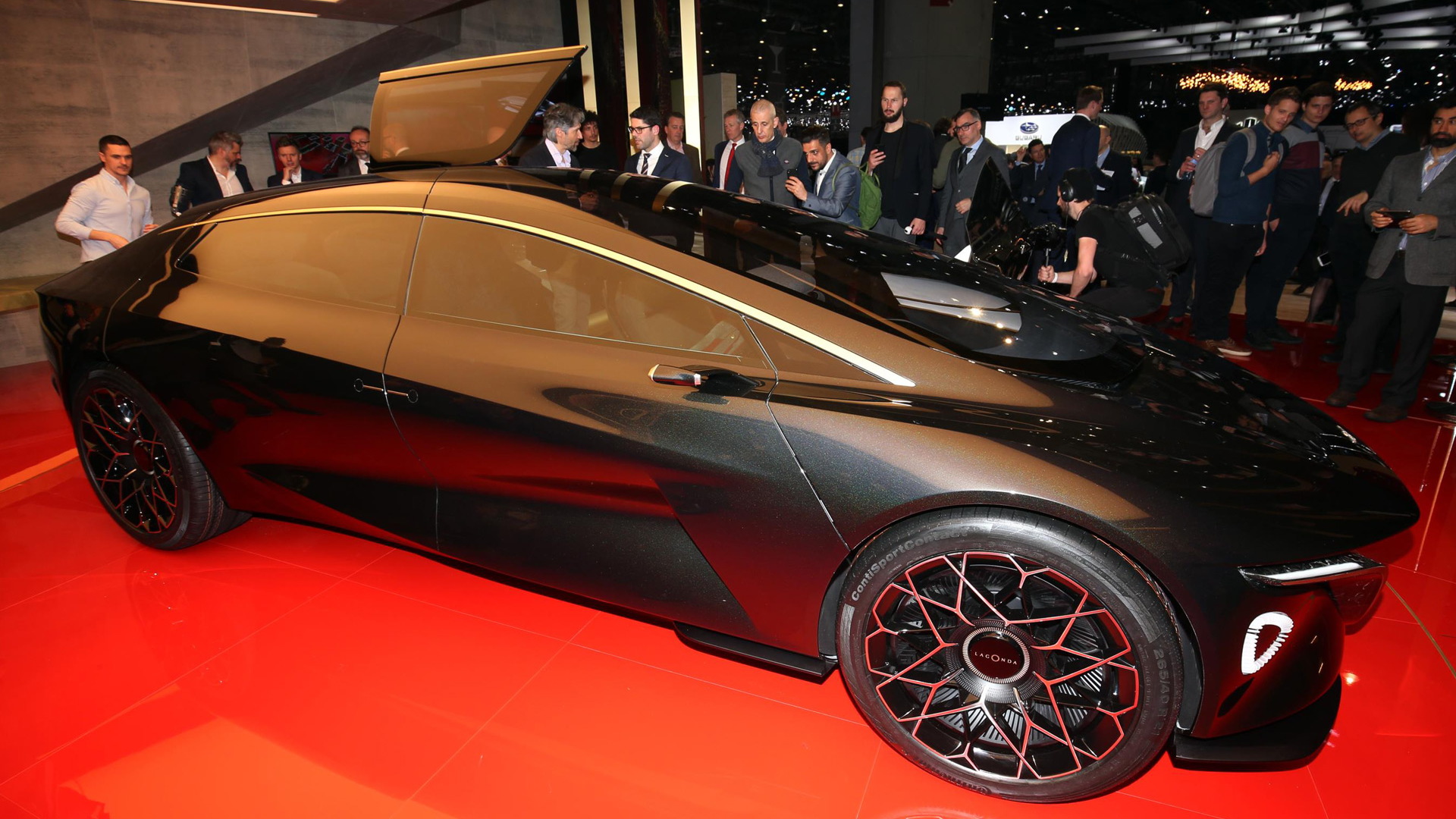 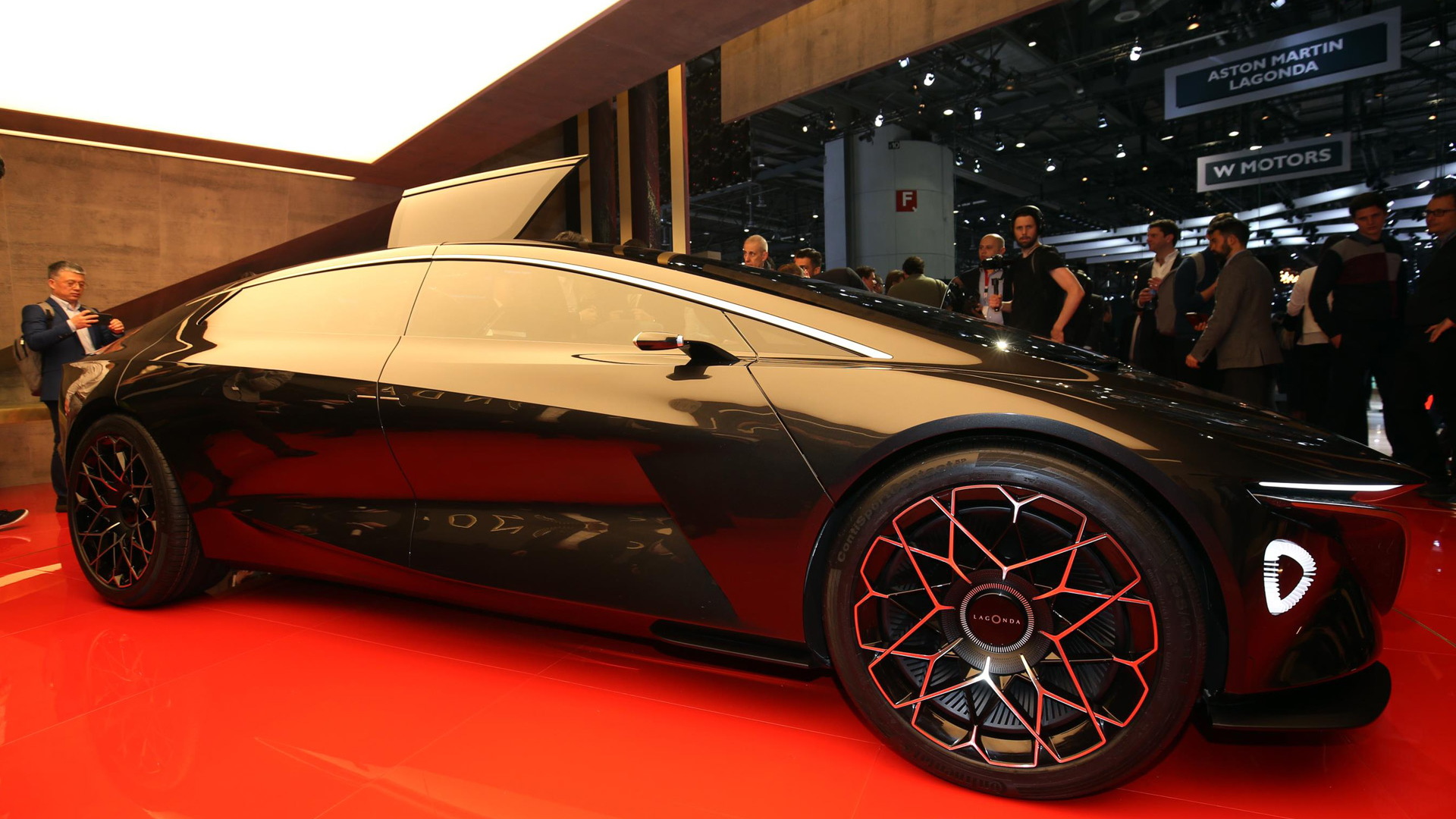 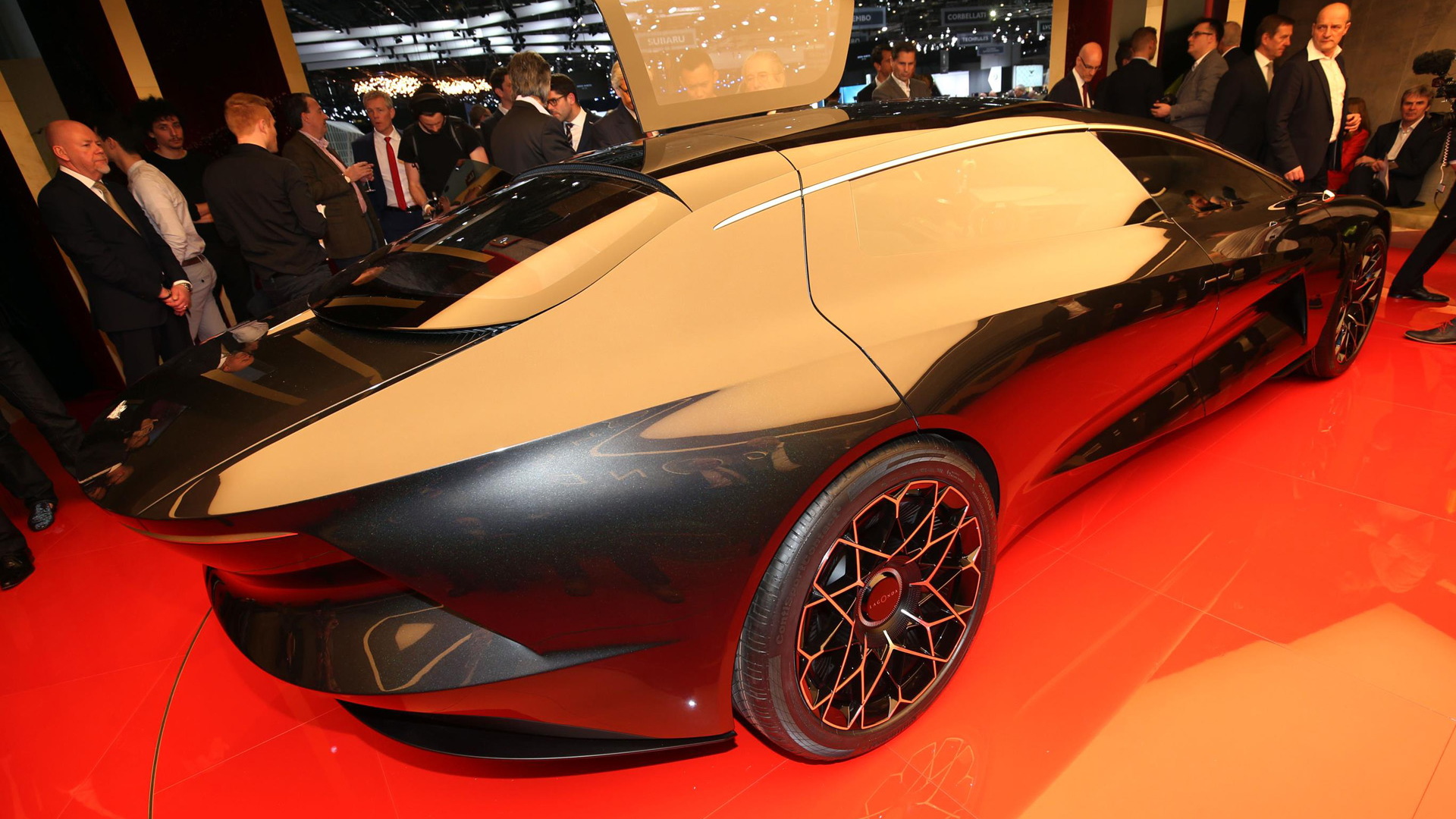 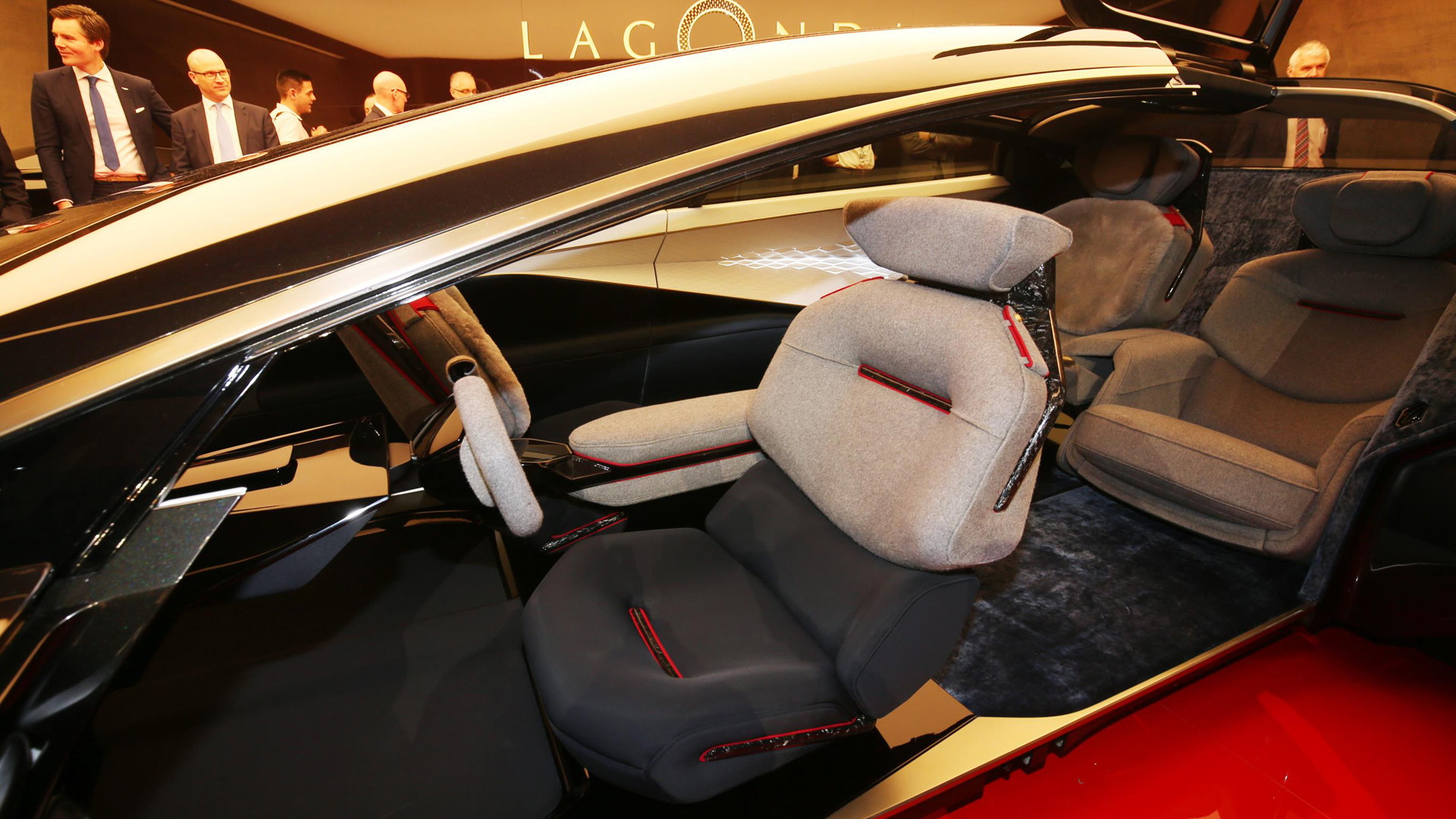 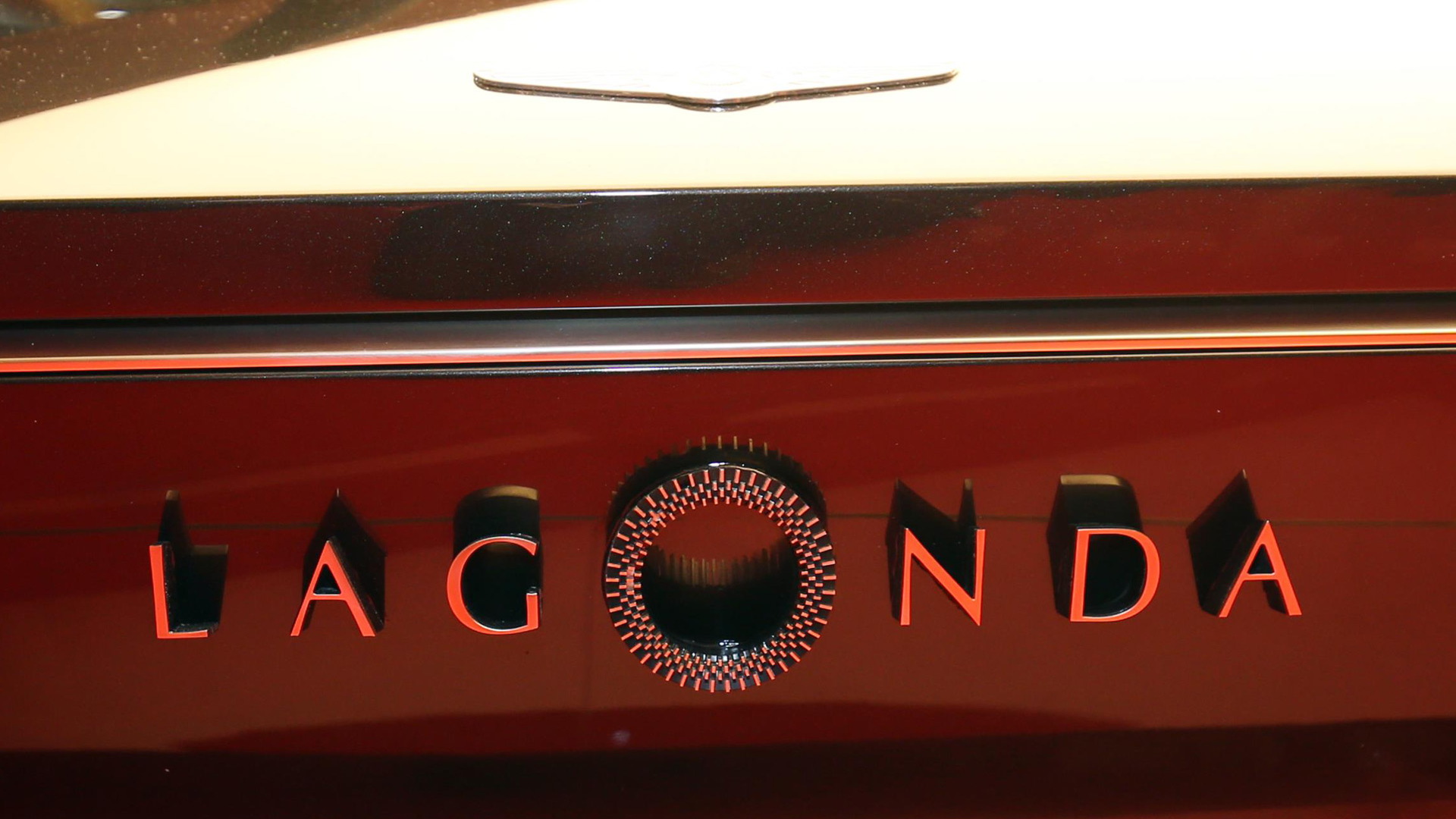 Unveiled on Tuesday at the 2018 Geneva International Motor Show, the concept signals Aston Martin's intention to resurrect historic British marque Lagonda as a standalone brand for electric cars in the ultra-luxury segment. It also previews the design language that will characterize models from Lagonda, the first of which is due to arrive as early as 2021.

Hold up. Haven't we been here before? Yes, Aston Martin attempted the revival of Lagonda in 2009, though the company's limited finances at the time persuaded management to put off the revival until a more serious attempt could be made. Aston Martin's current finances are potentially the best in its history, and the automaker is committed to launching at least two Lagonda models under its much-hyped Second Century plan.

The second Lagonda model, which could be a coupe or SUV, will be introduced before 2023. Aston Martin presented two scale models alongside the Lagonda Vision concept to gauge interest in potential body styles for this second model.

Aston Martin says it could have gone the more familiar path of designing a land yacht with a monster of an engine and acres of animal hide, something you might find at rivals Bentley and Rolls-Royce, but that it instead wanted to redefine modern luxury, and take it in a new direction.

“We believe people associate luxury in their cars with a certain traditional and even old-fashioned approach because, to date, that is all that’s been available to them,” Aston Martin CEO Andy Palmer explains. “Lagonda exists to challenge that thinking and prove that being modern and luxurious are not mutually exclusive concepts.”

The new approach to luxury will be automation and electrification, two forces set to reshape the automotive landscape. And Lagonda aims to be on the cusp of this transformation.

The Lagonda Vision has been designed around a flat battery pack consisting of solid-state batteries with 400 miles of range. These batteries can be charged using wireless inductive charging and require as little as 15 minutes for a recharge.

In the cabin, there's space for four adults, each of 2.0 meters height or more, to stretch out in luxurious comfort. This was made possible by the use of space normally taken up by an internal combustion engine, transmission and driveshaft. And because the majority of the car’s structural strength comes through its floor, it has been possible to use openings in the body far larger than what's possible in conventional cars. As a result, the doors don’t just open outward but work with the roof sections which open upward to provide unprecedented ease of access. Occupants can therefore literally stand up inside and walk out of the car, or step straight into it.

Level 4 self-driving capability means the vehicle can handle itself for extended periods of time. As a result, the steering wheel can not only move from left to right hand drive according to need, in self-driving mode it can also retract entirely allowing front seat passengers to rotate through 180 degrees to engage in face to face conversation with those in the back. In the meantime, the car will not only have 360-degree awareness of the world around it, but also be fully connected to it.

By now you're probably wondering how Aston Martin, which builds just a few thousand cars per year, will be able to develop all of this technology. The company makes no secret of its ongoing search for a partner, ideally a major automaker already well advanced in the areas of electrification and self-driving technology.