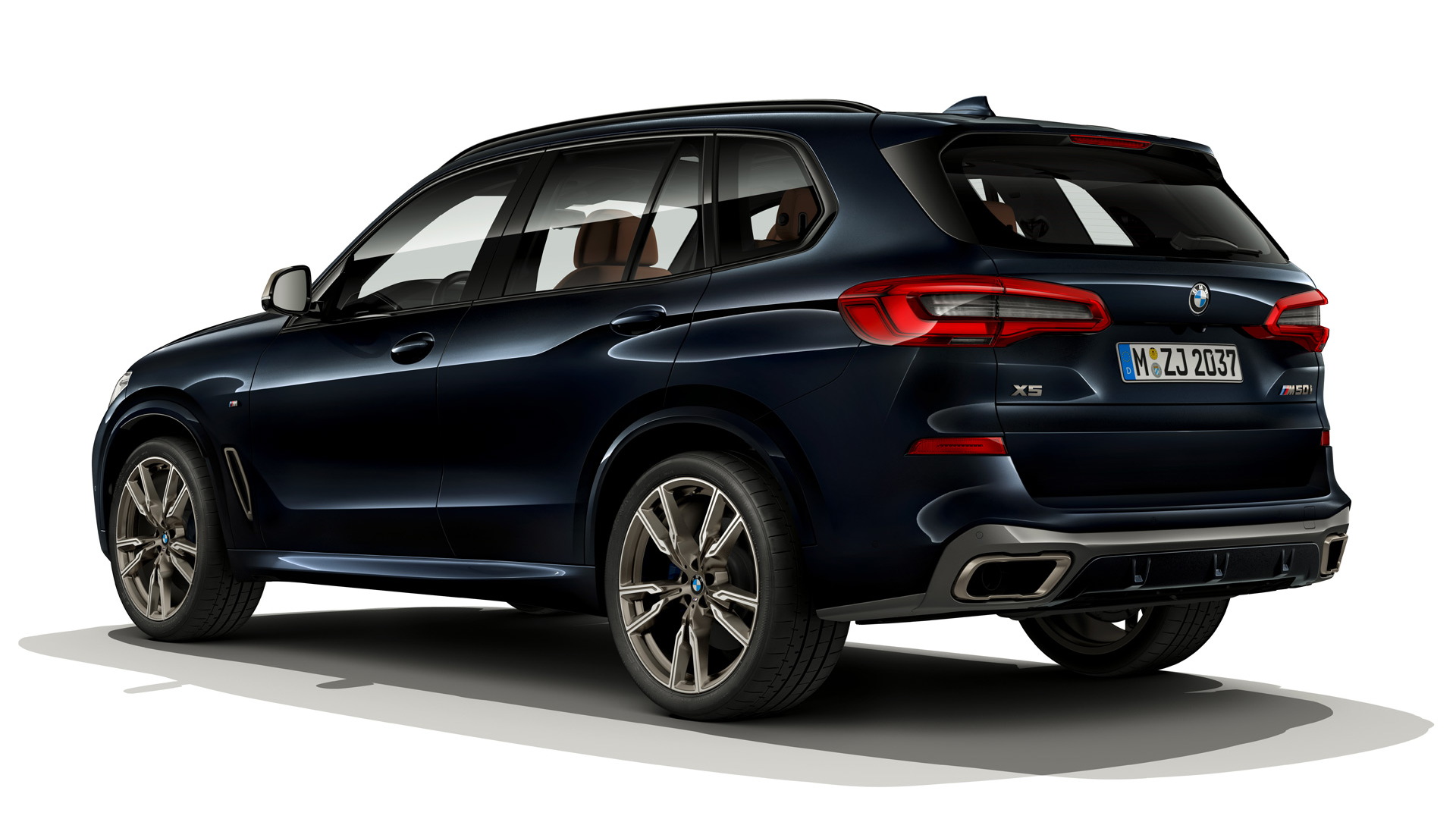 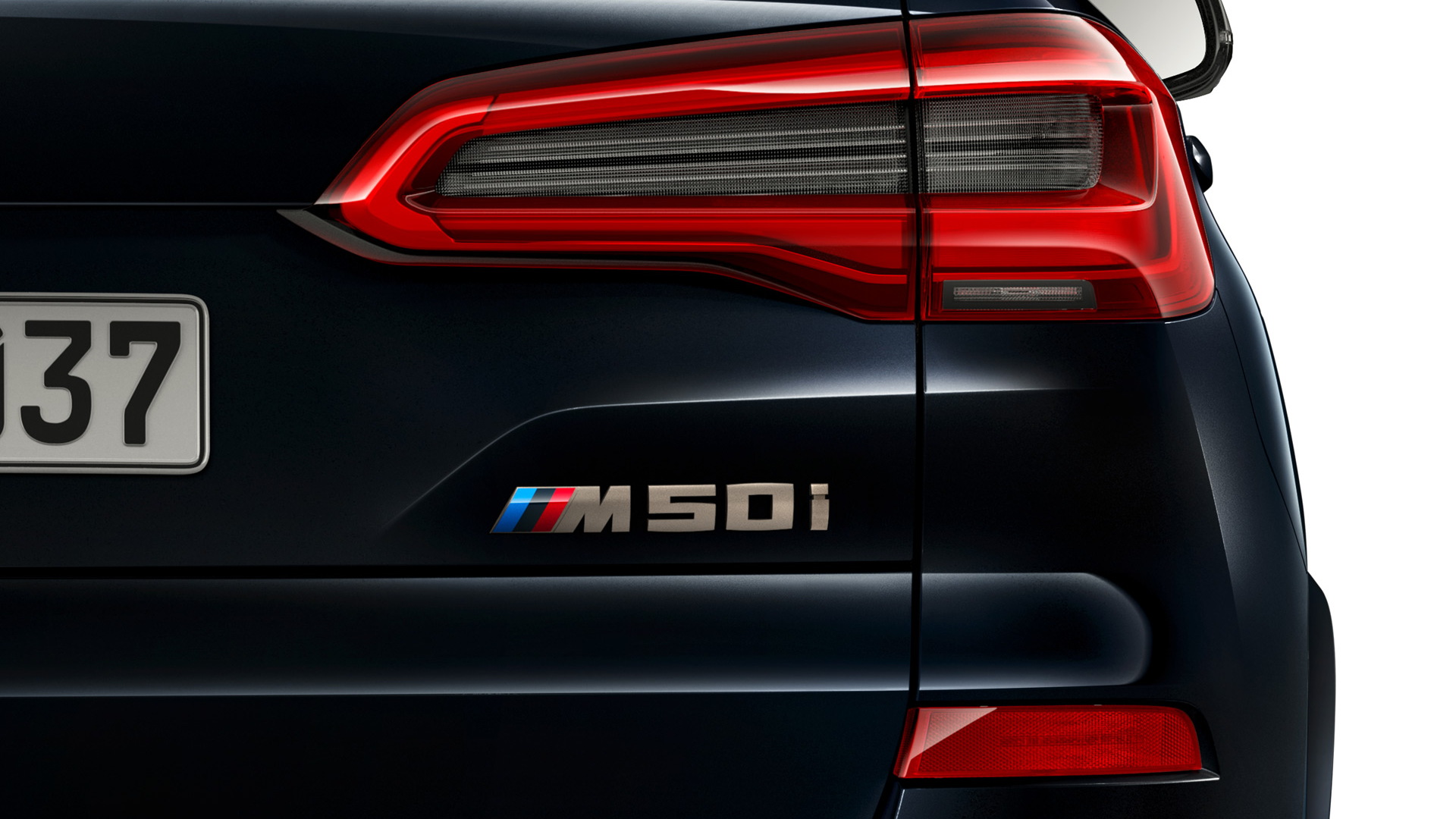 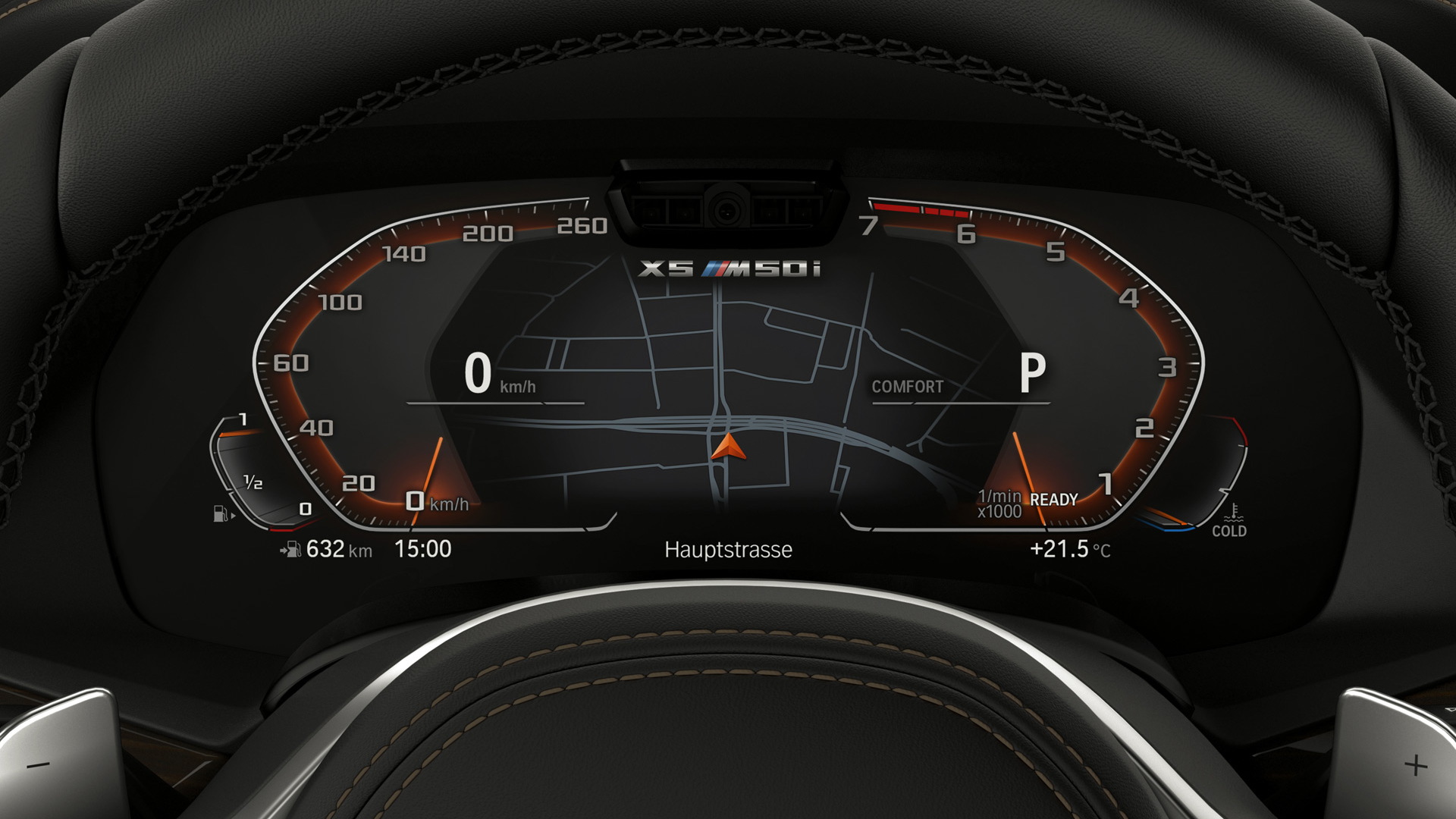 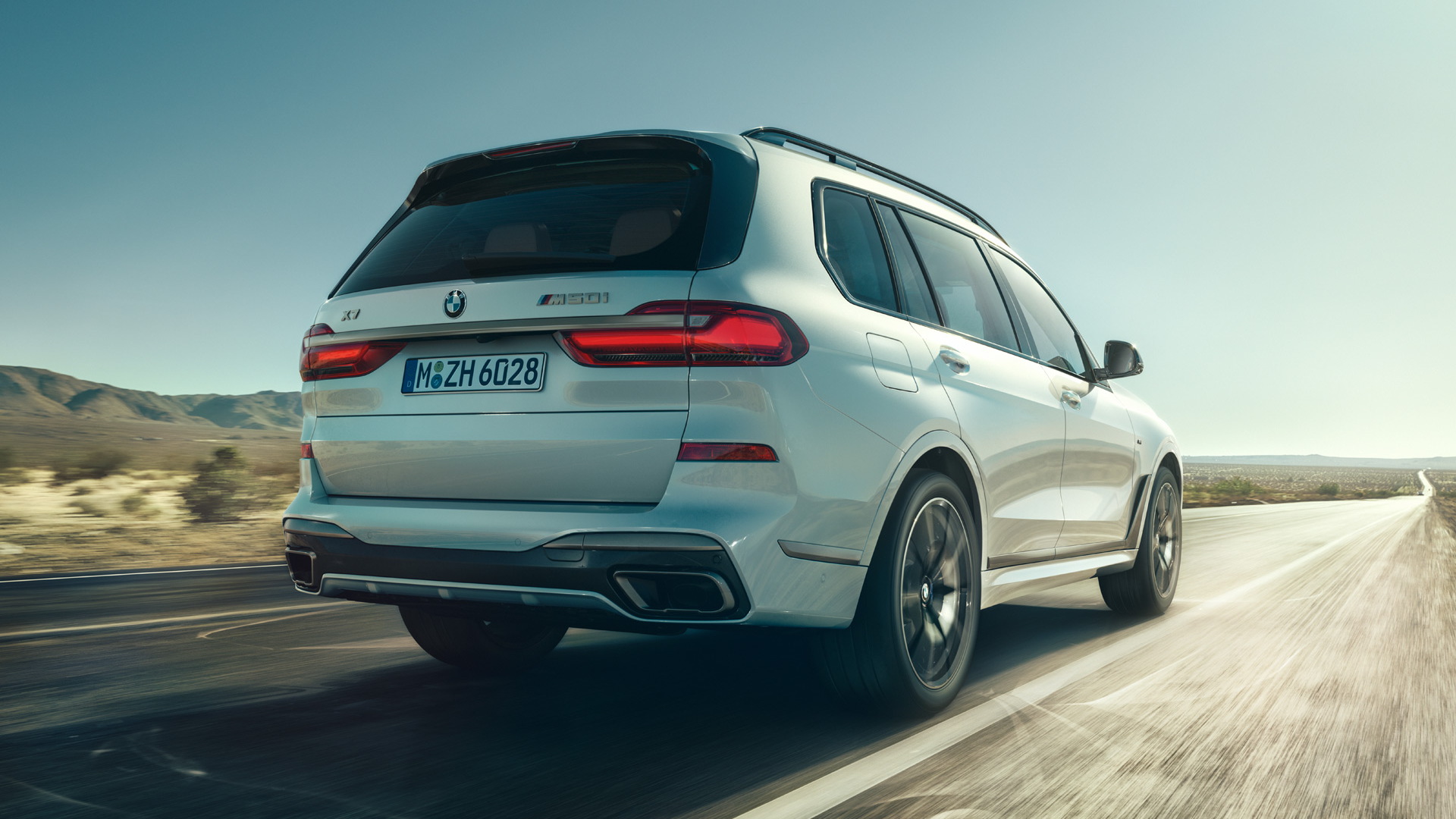 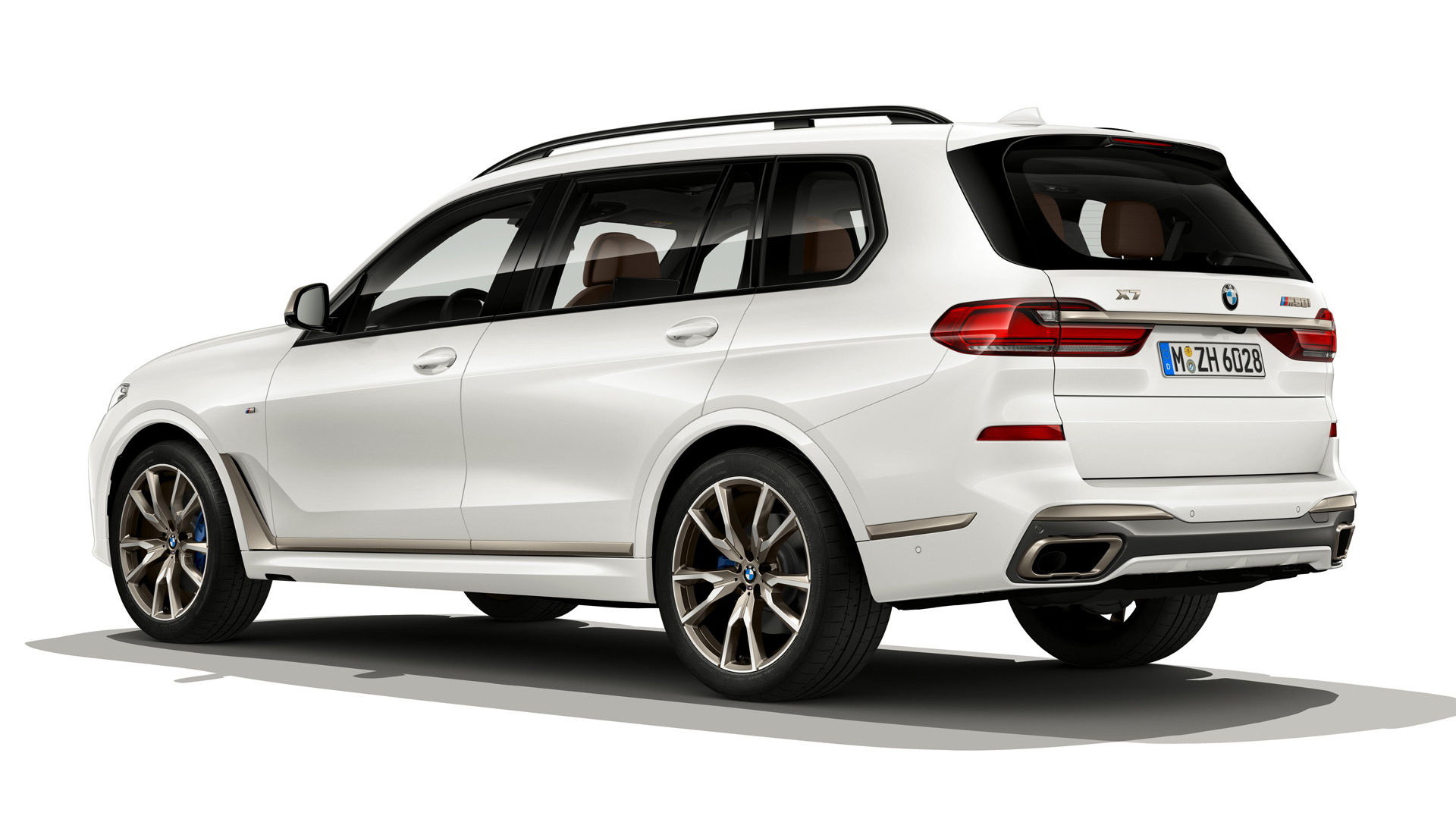 These aren't dedicated M cars but tamer M Performance offerings, though there's nothing soft about them, with the X5 M50i able to hit 60 mph in as little as 4.1 seconds and the larger X7 M50i just 0.4 of a second behind. In both models, top speed is limited to 130 mph when all-season tires are equipped and 155 mph with summer tires.

Both are powered by the latest version of BMW's V-8. The new engine matches the 4.4-liter twin-turbocharged configuration of the unit it replaces but sees output rise substantially thanks primarily to larger turbochargers, which in the new engine are positioned between the cylinder banks. The design typically results in better response and a more compact engine design, due to less plumbing for the turbos.

Completing the rest of the drivetrain in the X5 and X7 M50i is an 8-speed automatic transmission, all-wheel drive, and a brake-based differential that can adjust the level of torque going through the individual rear wheels. The latter helps improve traction and power delivery through corners.

To further hone the handling, the suspension has also been tuned. Specific settings have been dialed in for the bushings, springs and dampers for sportier performance. An air suspension system, available on the X5 M50i and standard on the X7 M50i, sees the ride height lowered by 0.8 of an inch when the vehicle is in Sport mode or traveling about 85 mph.

There are several unique touches inside that designate the X5 and X7 M50i as M Performance models. These include illuminated door sill plates with the M50i logo, perforated leather trim with contrast stitching, an anthracite-colored headliner, and a steering wheel and gear selector from the BMW M catalog.

While BMW is known to be also preparing an X5 M, this model likely won't be ready until next year. The X5 and X7 M50i will land in showrooms in the second half of the year, priced from ‭$83,145 and ‭$100,595‬, respectively‬.