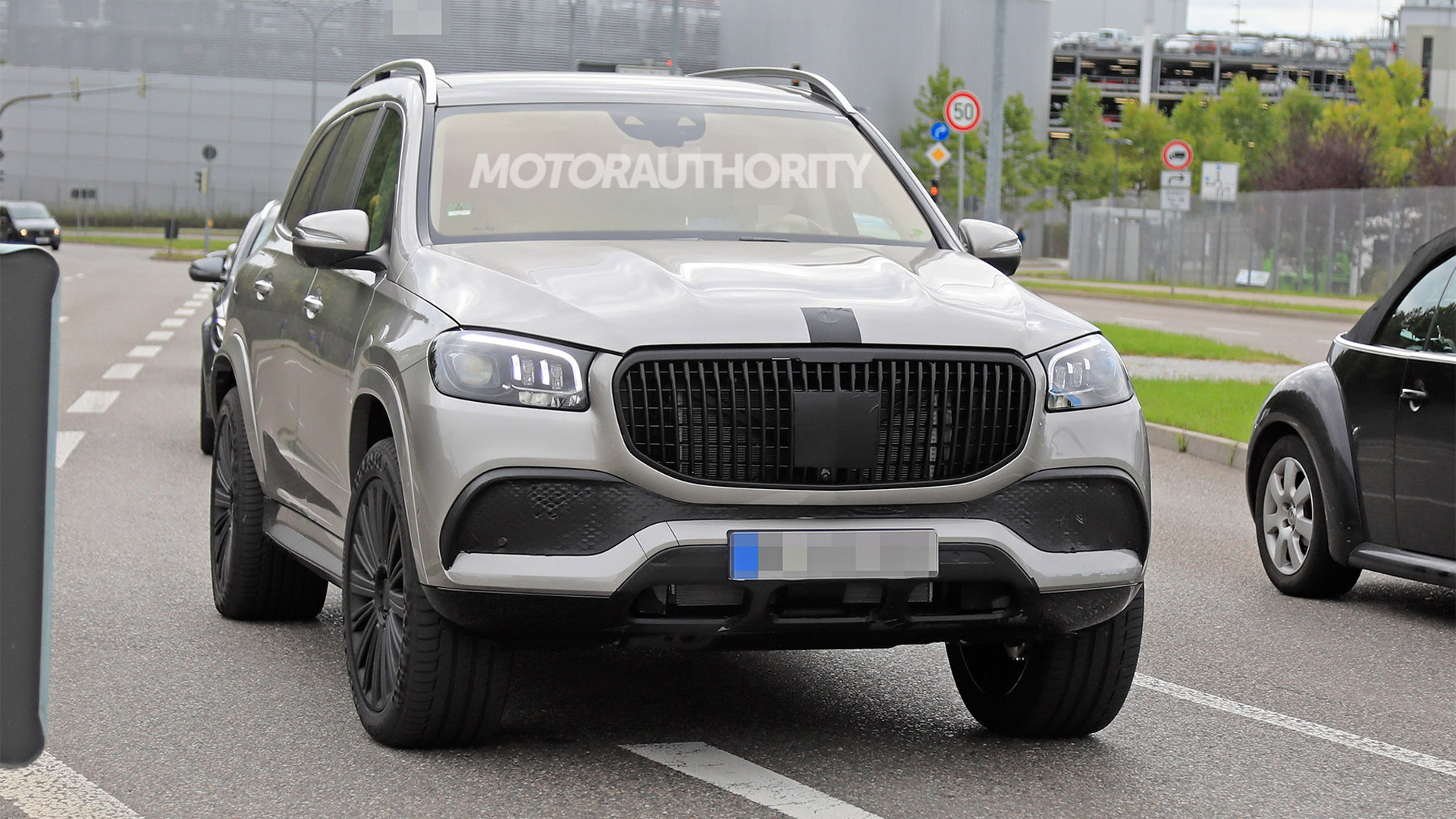 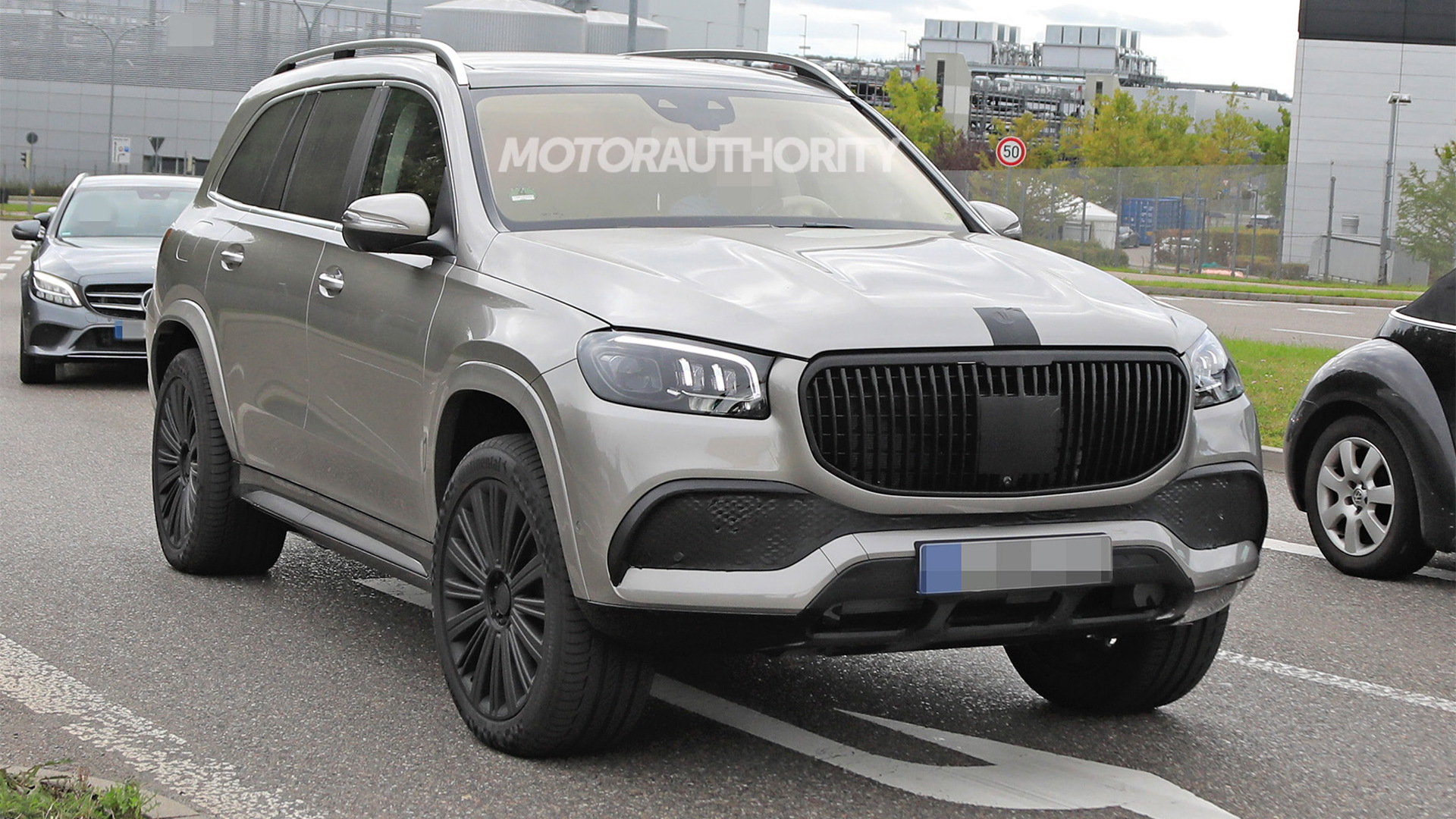 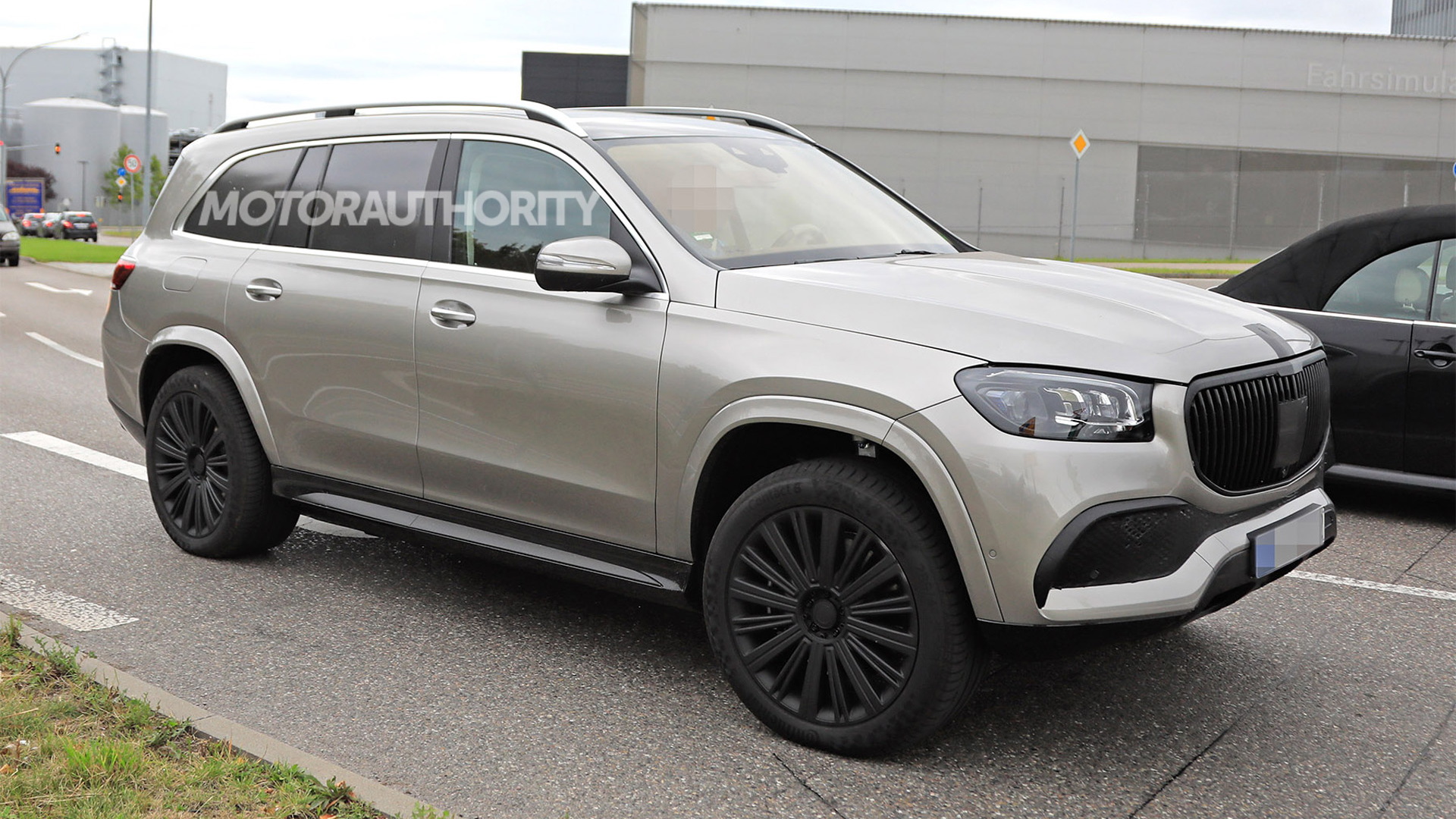 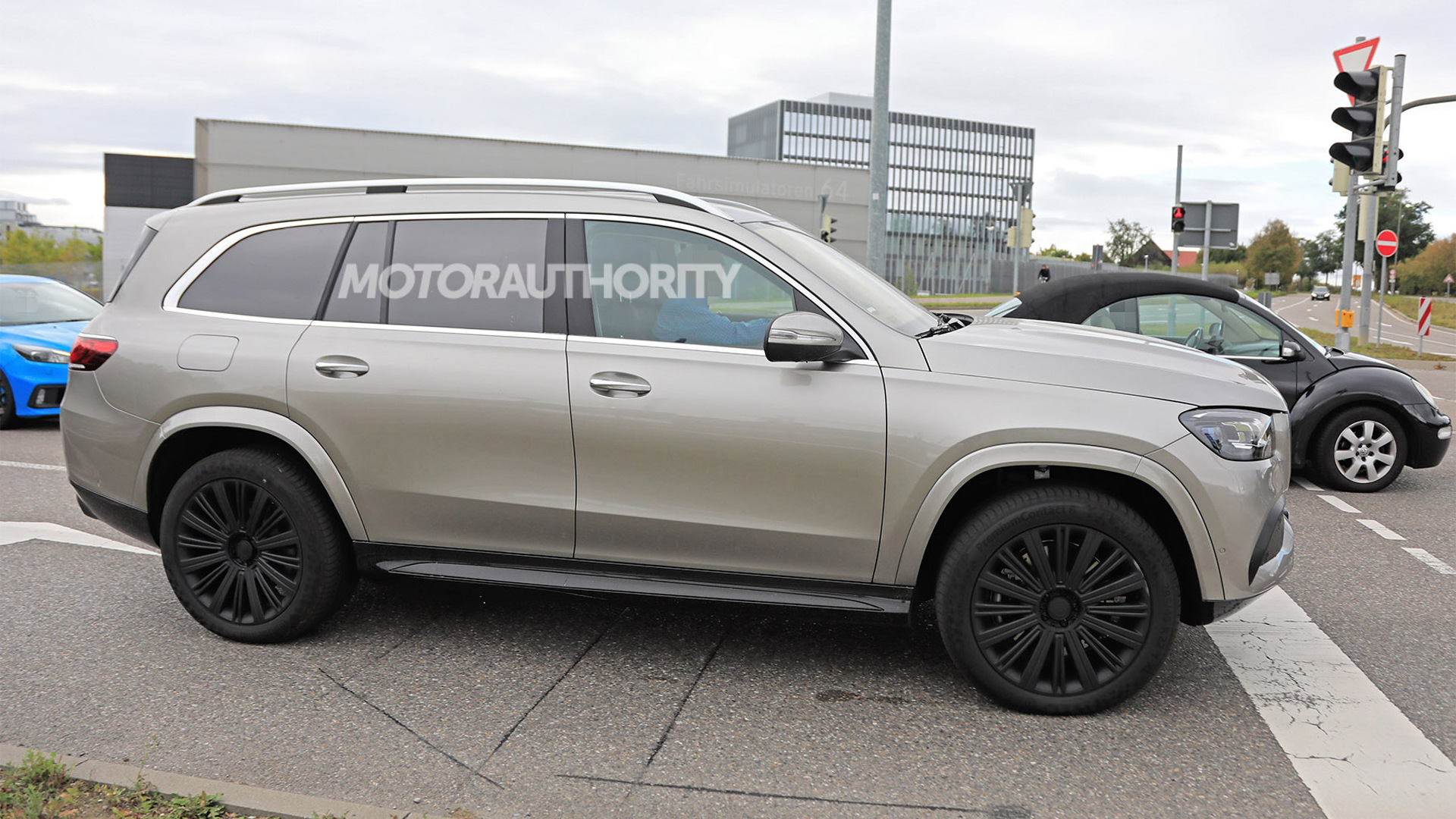 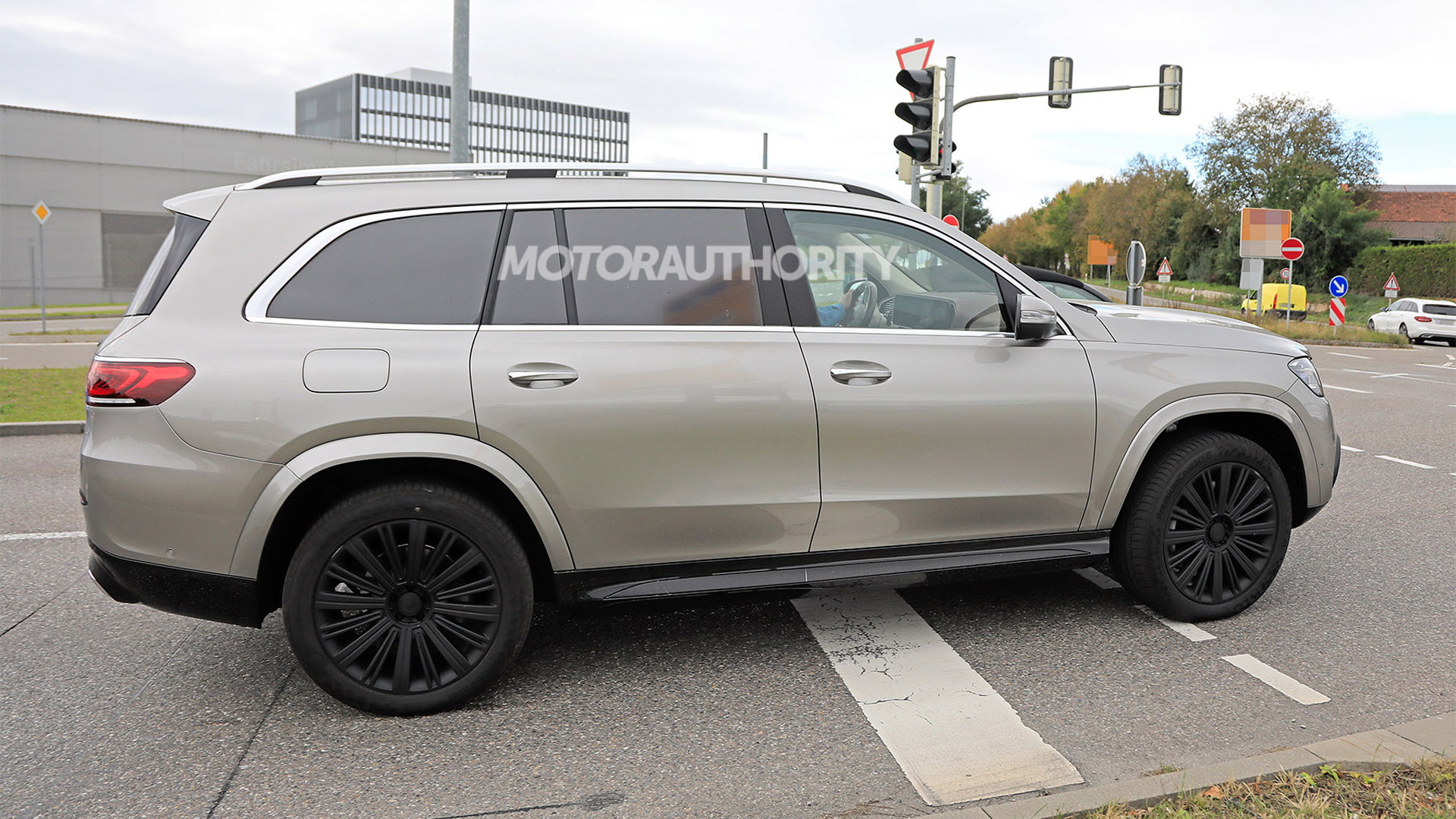 Mercedes-Maybach is working on its own version of the recently redesigned Mercedes-Benz GLS, and a prototype has just been spotted.

It's wearing almost zero camouflage gear since the reveal is coming up soon. Maybach has confirmed the launch for November, which points to a debut at either the Los Angeles Auto Show or Auto Guangzhou both on that month.

The Maybach GLS shares its body and lights with the regular GLS but features a unique grille with vertical slats. The Maybach Ultimate Luxury concept unveiled at Auto China 2018 in Beijing hints at the design.

We should also see Maybach logos attached to the side pillars at the rear, and we wouldn't be surprised if buyers will be able to choose a two-tone paint scheme, an option already made available on the Maybach S-Class. As for the interior, don't be surprised if the Maybach GLS is offered with an extra-spacious four-seat option.

Underpinning the redesigned GLS and this Maybach variant is a stretched version of Mercedes’ MHA platform for SUVs sized from the GLC up (excluding the G-Class). The platform is closely related to Mercedes’ MRA platform found in most of the automaker’s sedans and coupes and made its debut in the 2016 GLC.

The standard powertrain is expected to be the regular GLS580's 4.0-liter twin-turbocharged V-8 which comes mated to a mild-hybrid system and delivers 483 horsepower and 516 pound-feet of torque. A more powerful plug-in hybrid powertrain, potentially in a GLS680, is expected at some point as well. In both cases a 9-speed automatic and all-wheel drive should be standard. Note, buyers more interested in performance than luxury can look forward to a new GLS63 from Mercedes-AMG.

Being based on the regular GLS, production will be handled at Mercedes' plant in Tuscaloosa, Alabama. Naturally, the Maybach version will come with a much higher price tag than the $76,195 base sticker of the regular GLS, with the starting point rumored to be about $200,000. This will make it a contender to the likes of the Bentley Bentayga, Rolls-Royce Cullinan and potentially something from Aston Martin's rived Lagonda brand.

The revival of Maybach as a Mercedes sub-brand has been a runaway success. For example, almost one out of every 10 S-Classes sold is a Maybach, with China, Russia and the United States gobbling up most of the cars. It's entirely possible the rate will be even higher for the GLS.

Note, the GLS won't be the first SUV to receive the Maybach treatment. That honor goes to the Maybach G650 Landaulet launched in 2017 and limited to just 99 units.