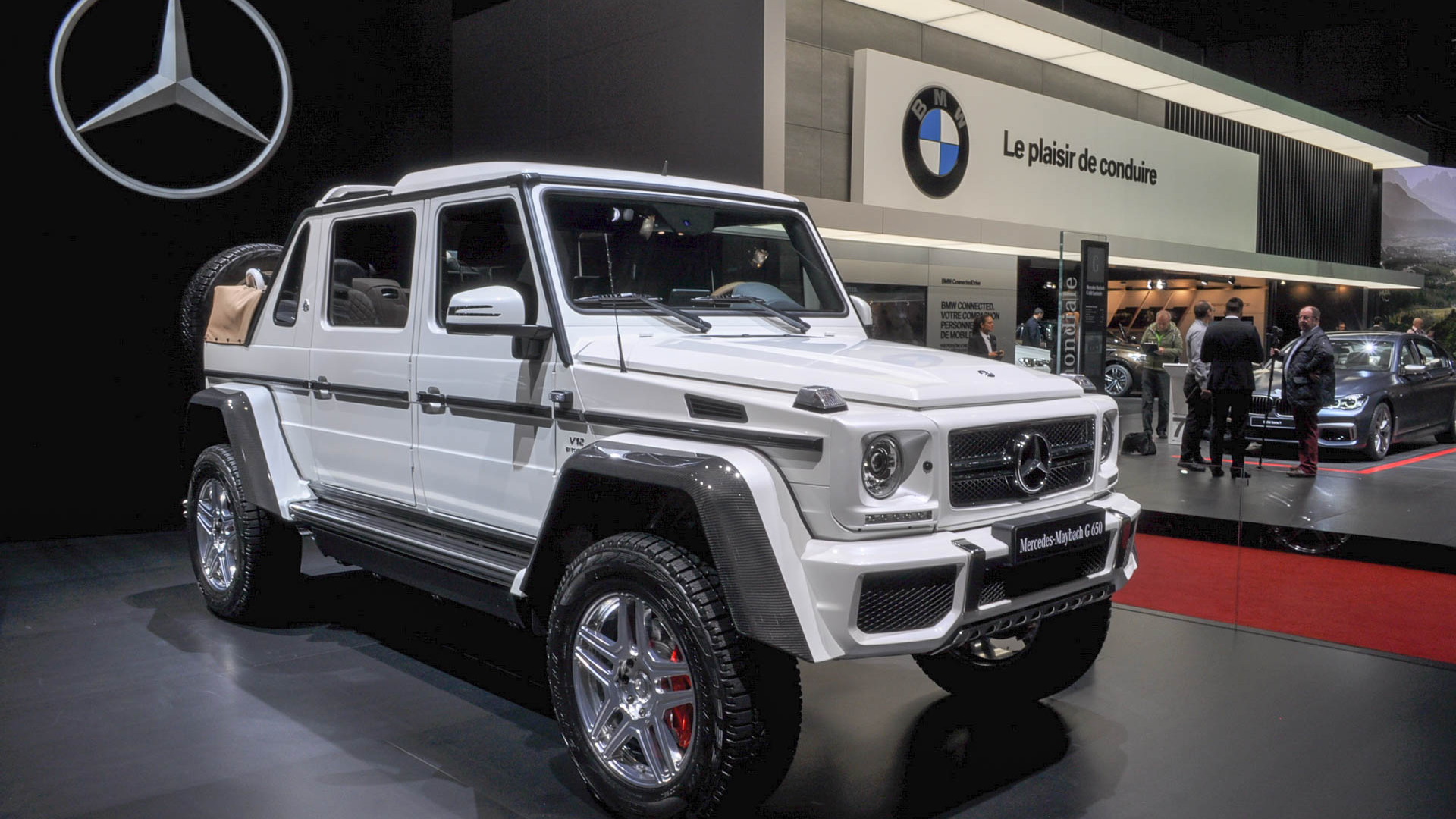 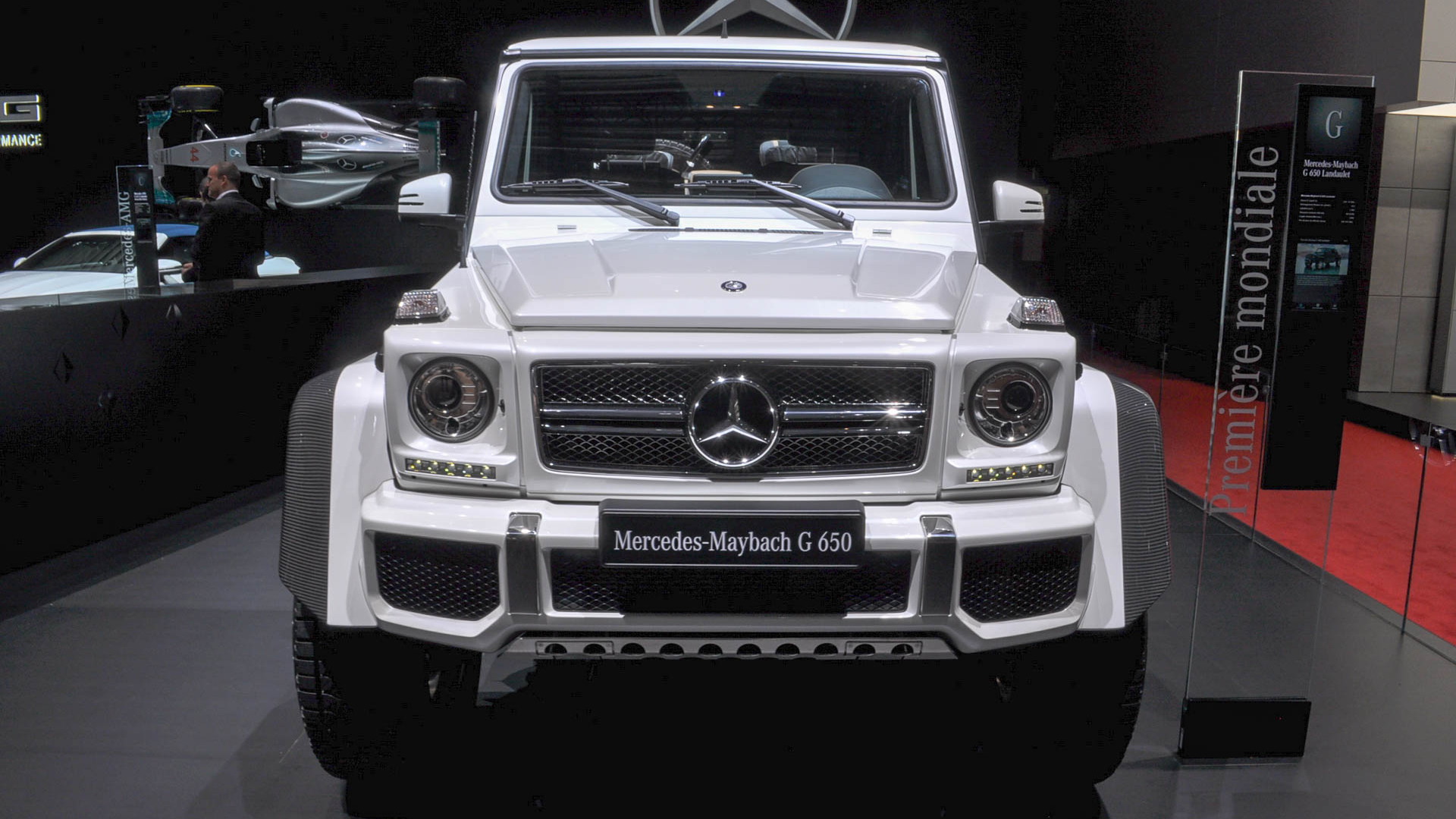 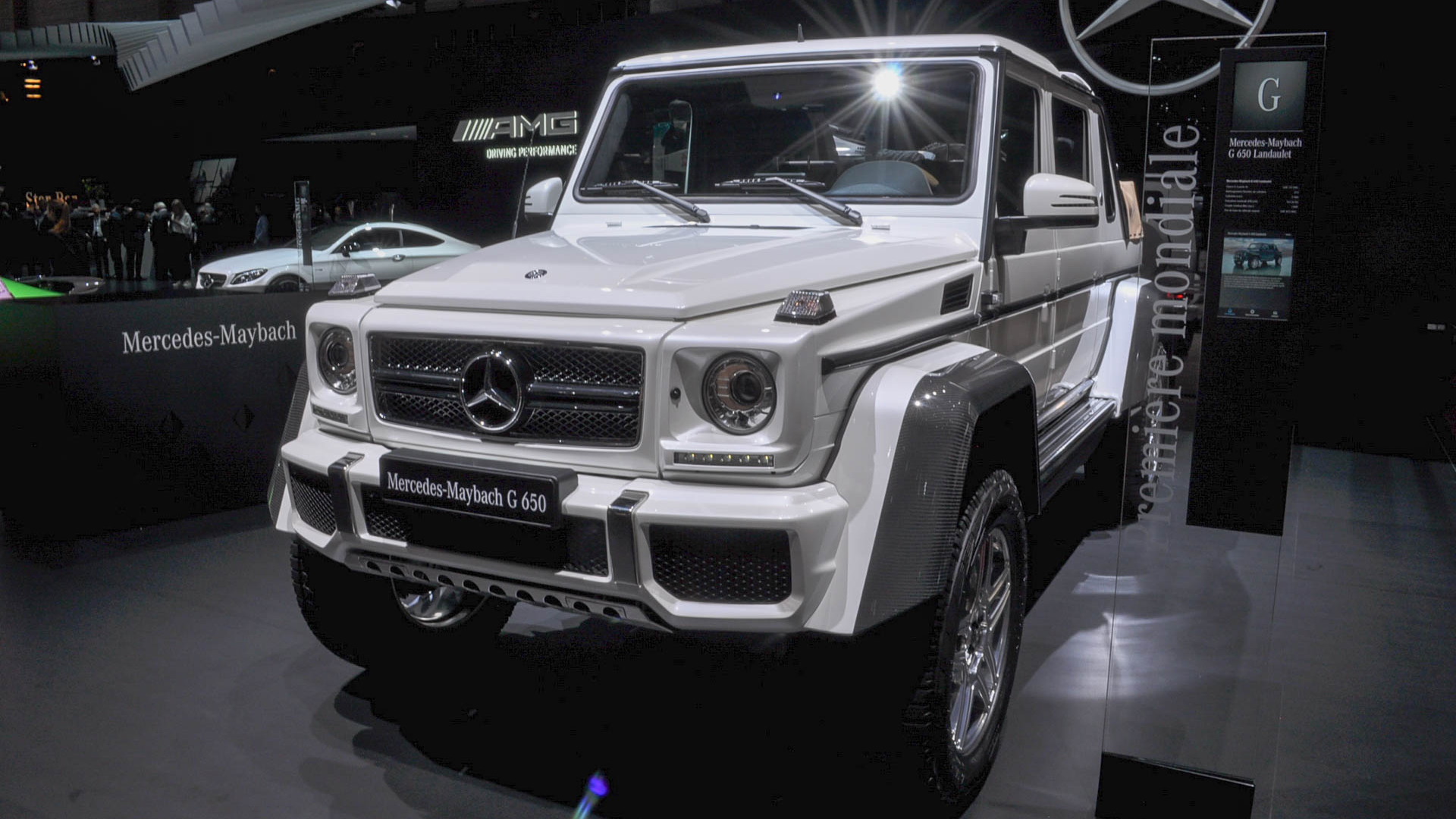 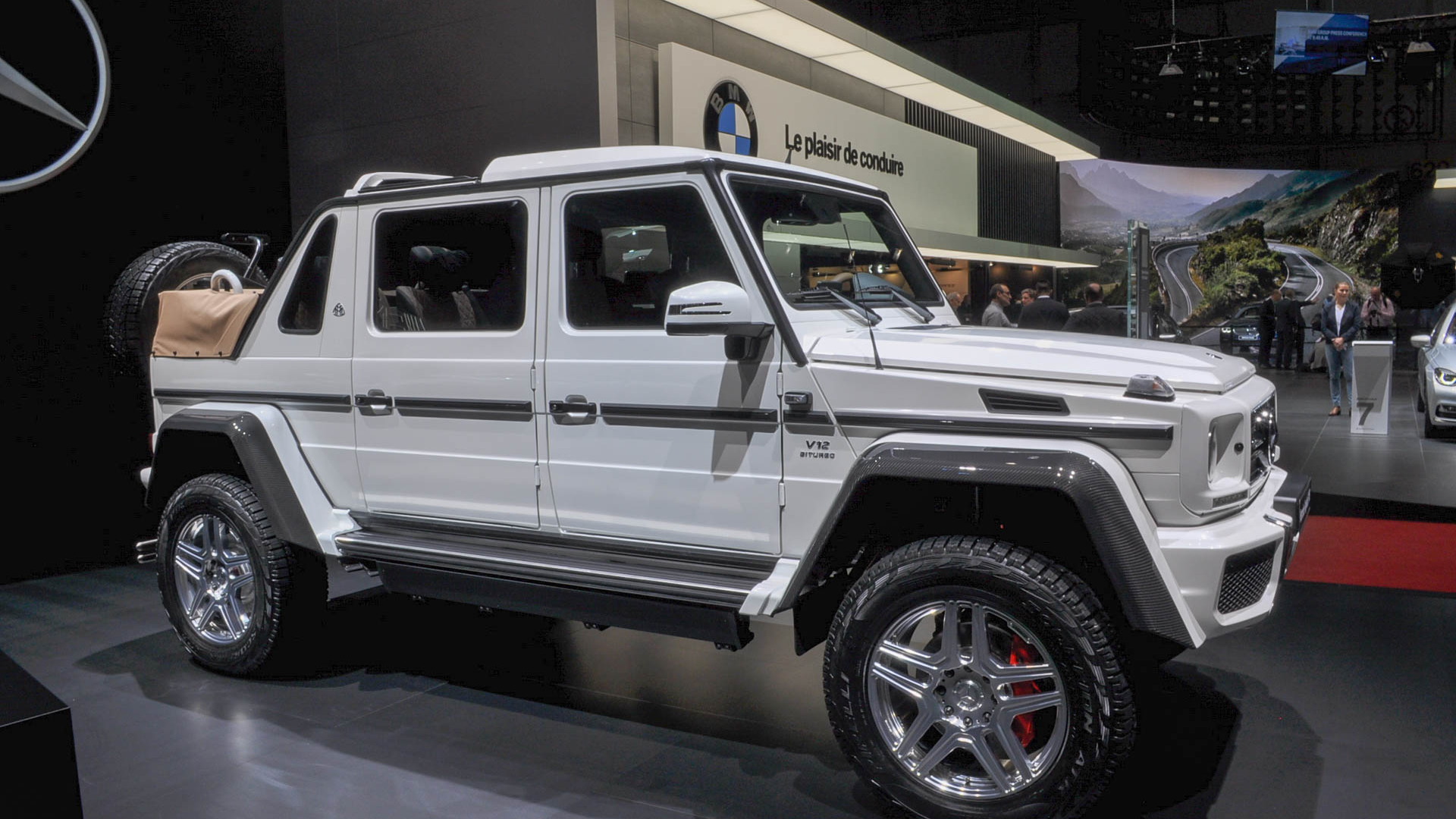 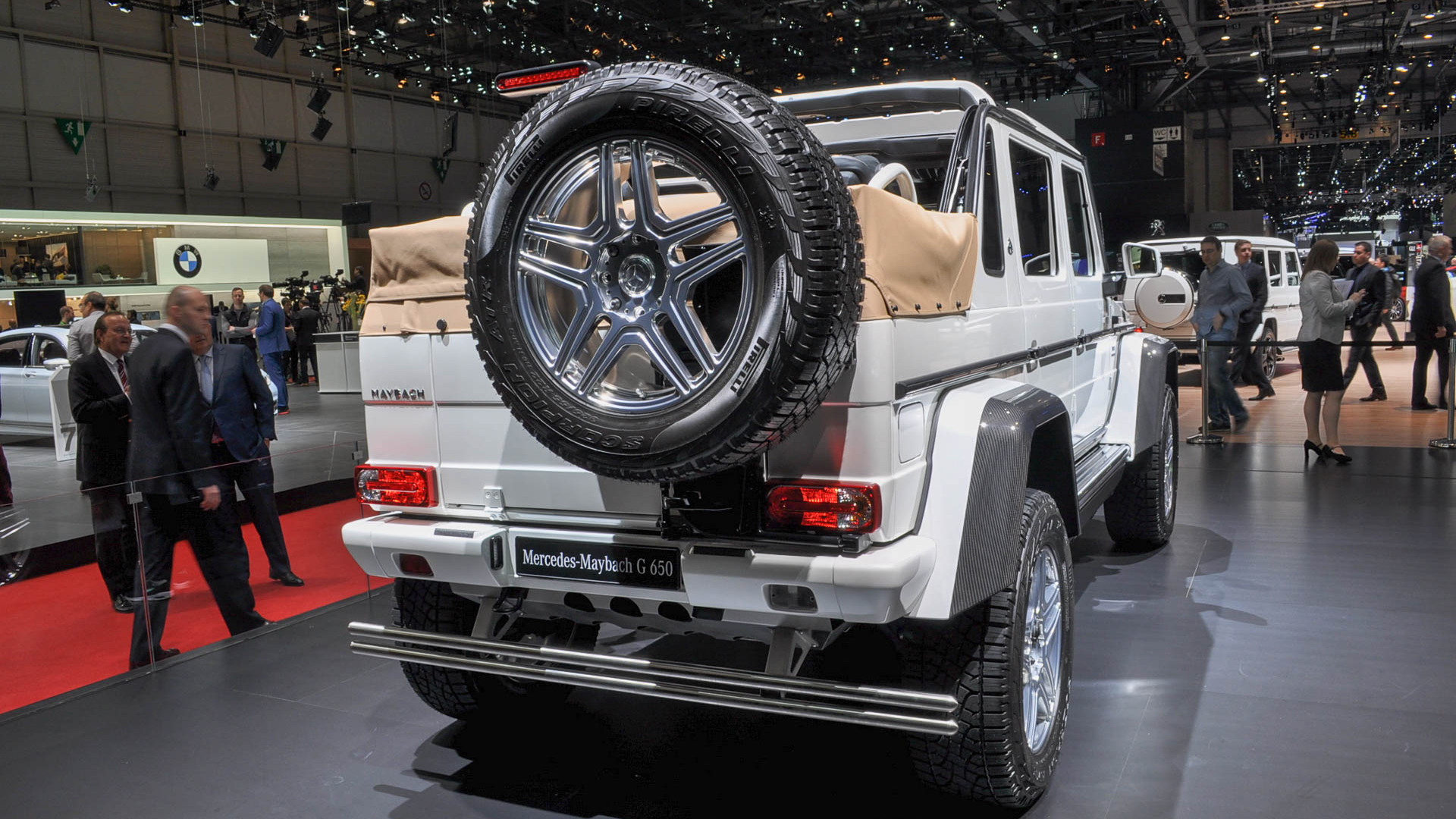 Mercedes-Maybach has just launched its first SUV, though the model isn’t based on the GLS as had been expected but rather the legendary G-Class. That mystery G-Class initially thought to be a pickup has turned out to be a new open-top model for the growing Maybach family.

The vehicle is called a G650 Landaulet, and it made its world debut this week at the 2017 Geneva auto show. A Landaulet is typically a sedan where part of the roof can be folded away to provide an open-air experience for those riding in the back. Some readers will recall that Maybach, back when it was a standalone brand, unveiled a Landaulet version of its 62 sedan.

In the G650 Landaulet, the driver and front passenger are accommodated under a closed roof, while in the rear are two extending seats lifted out of the S-Class and covered by a soft-top roof that can open or close at the push of a button. Another button controls a partition glass that separates the rear from the driver's section. The glass also has an electronic tint feature for added privacy. (The open-top option is currently unique to the G650 Landaulet, though there have been similar open-top versions of the G-Class before.)

Other goodies include a massage function for the rear seats, temperature controlled cupholders, folding tables, and two 10-inch entertainment screens. Premium elements include high-grade leather trim with diamond stitching, chrome-plating, and a choice of three colors for the roof.

The G650 Landaulet also features the running gear of the G500 4x4², complete with pumped fenders made from carbon fiber and high-riding portal axles that deliver almost 18 in of ground clearance. Power, meanwhile, comes from Mercedes’ familiar twin-turbocharged 6.0-liter V-12, rated here at 621 horsepower and 738 pound-feet of torque. Those numbers match what the engine delivers in the G65 from AMG.

Pricing hasn’t been released but will almost certainly exceed the $225,925 starting price of the G500 4x4², the most expensive G-Class currently on offer. And just 99 examples will be built, with deliveries to commence in the fall.

With a redesigned G-Class just around the corner, the G650 Landaulet serves as a final salute to the original icon which has been with us—in civilian form—since 1979. This makes it a bit of an instant classic, meaning the collectors will be clamoring to secure one.