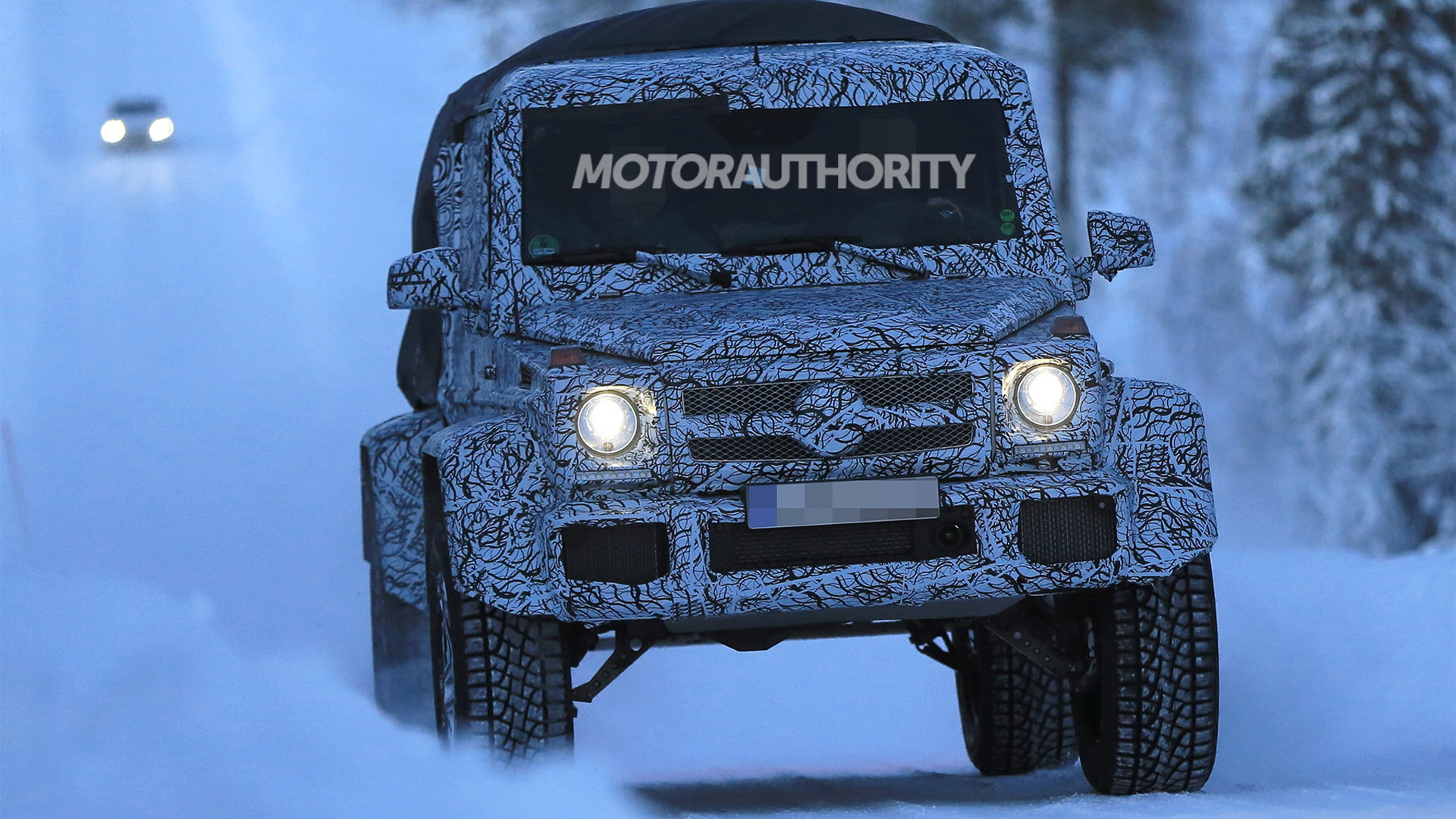 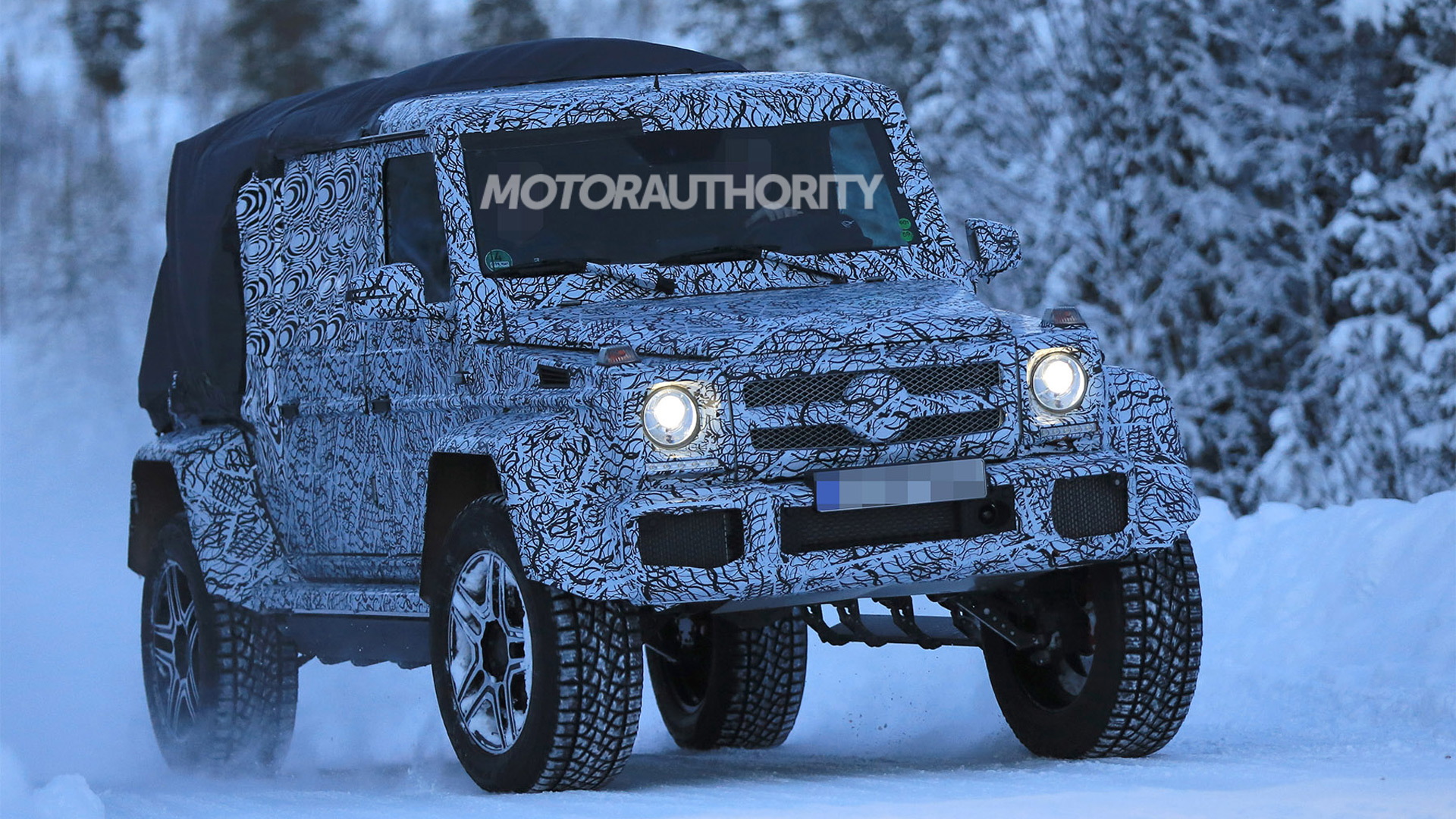 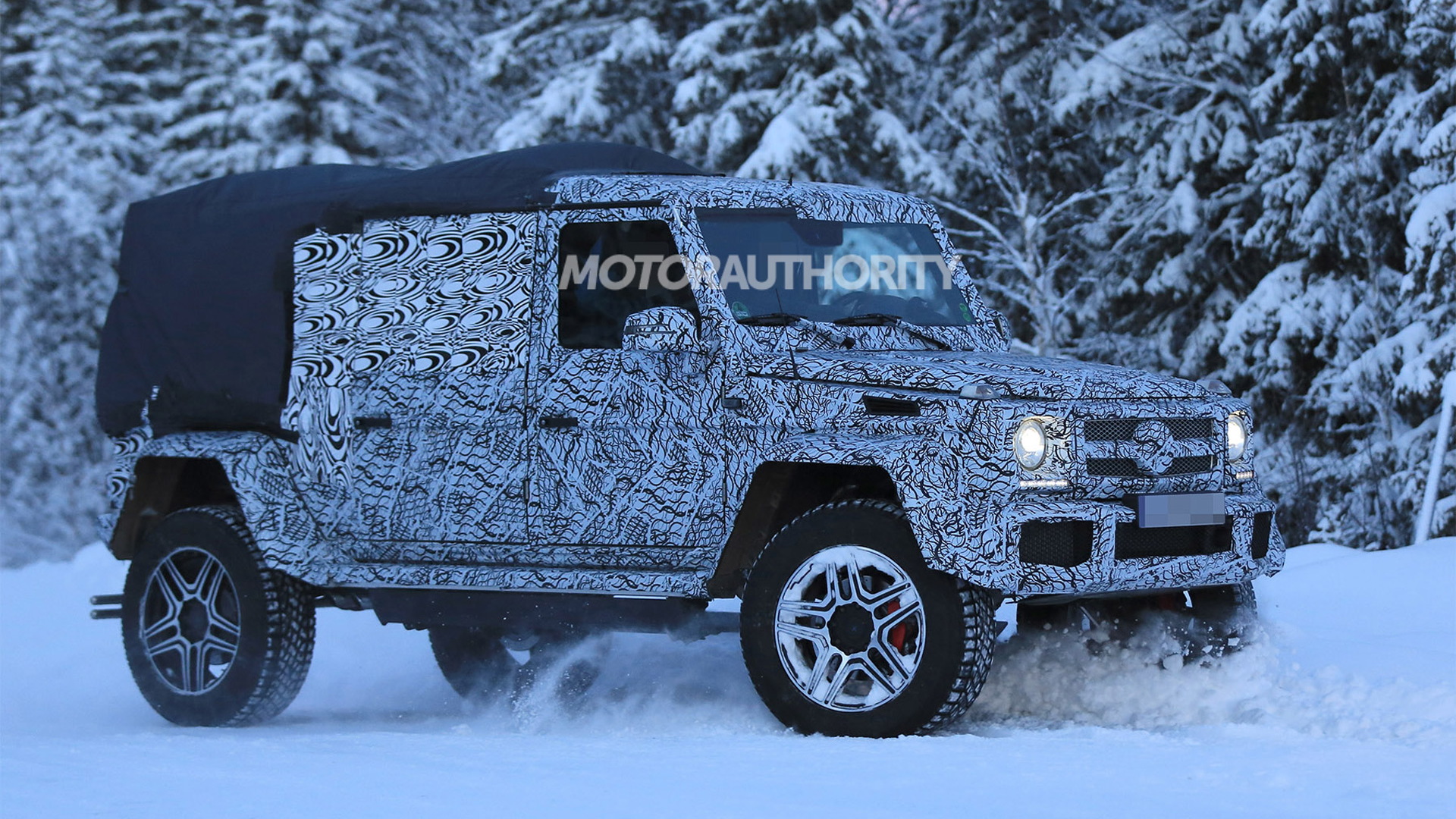 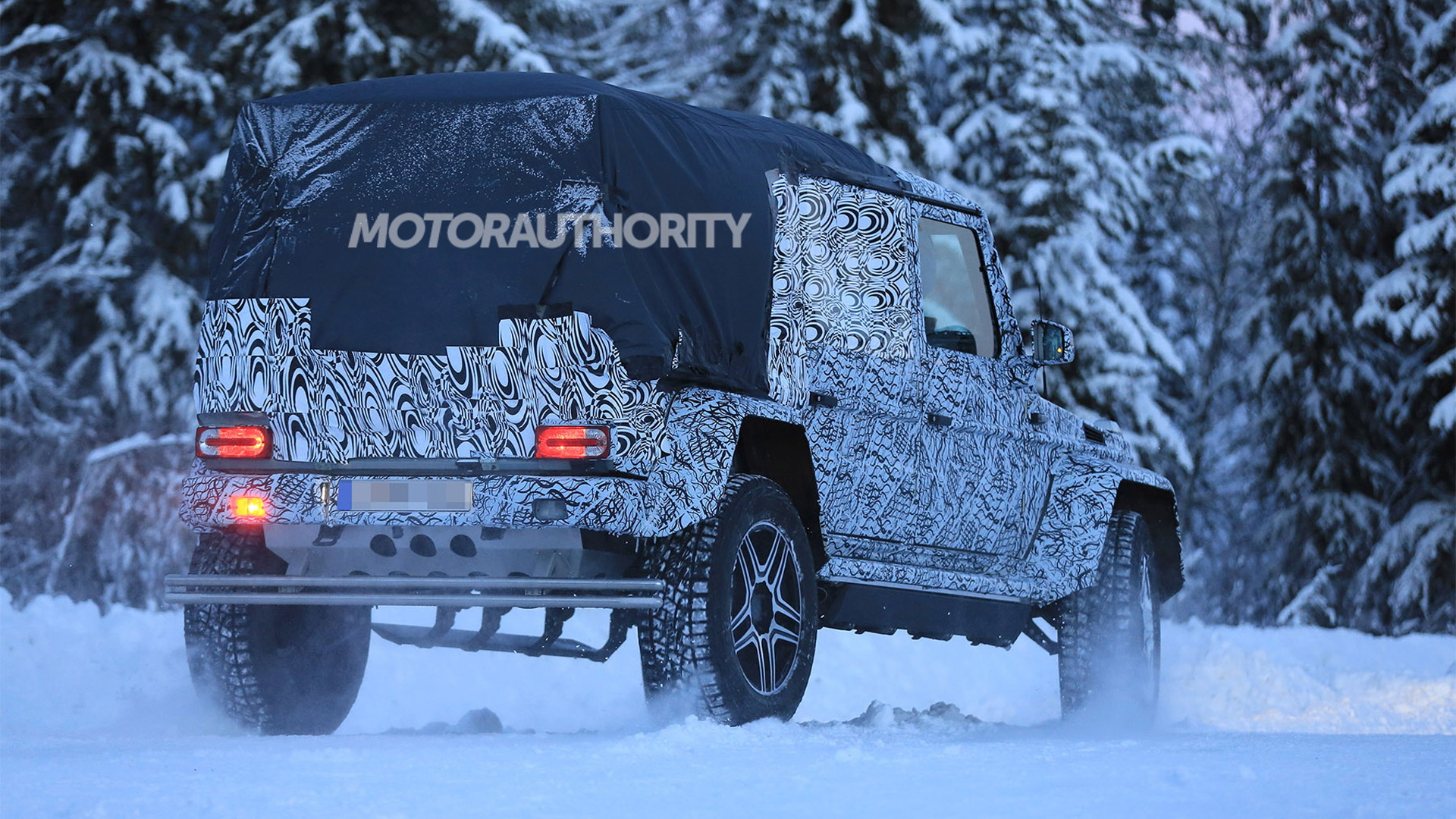 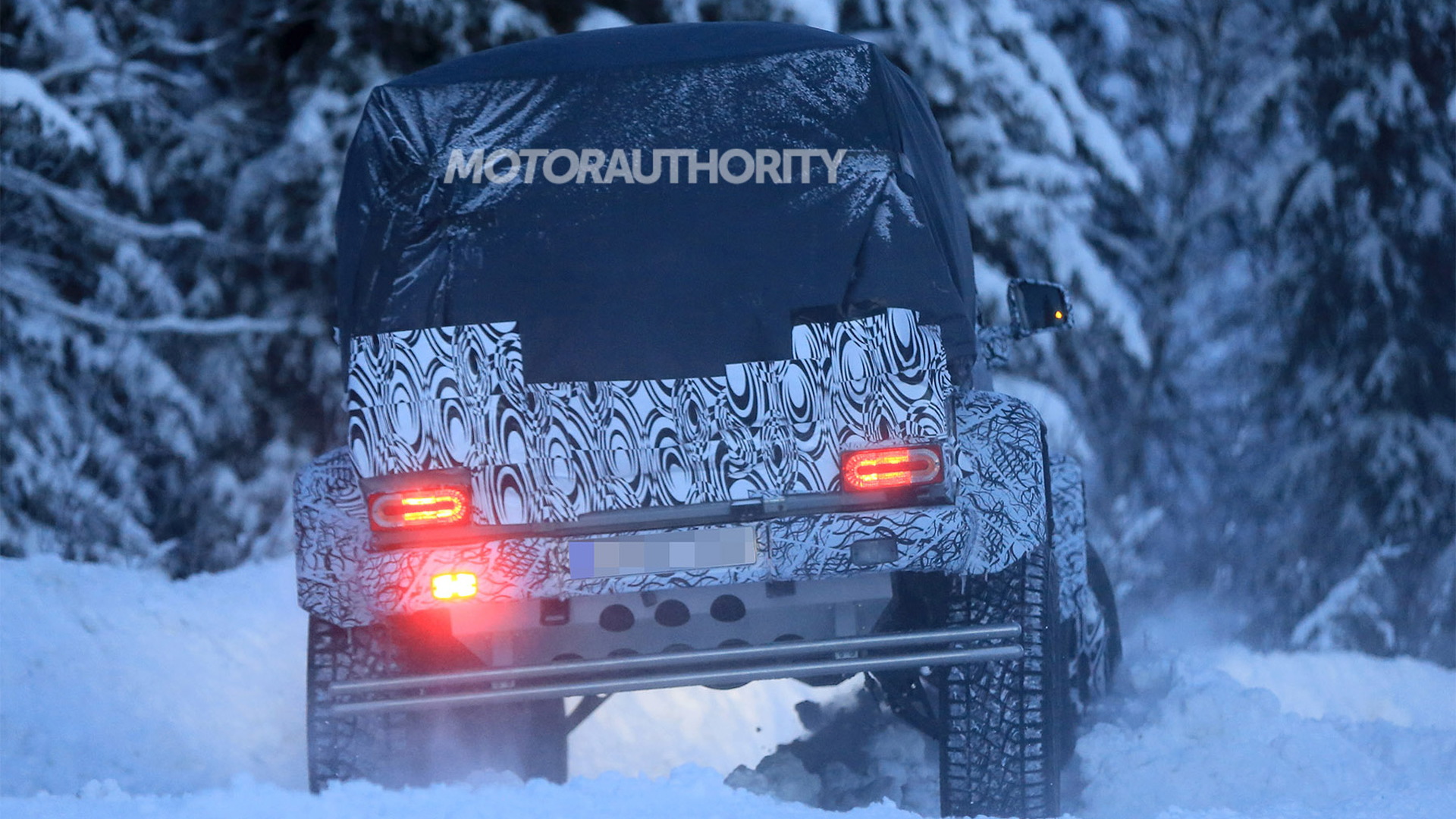 Despite a price tag of around half a million dollars and the fact the vehicle barely squeezed into a regular parking spot, Mercedes-AMG’s G63 6x6 proved such a hit that a tamer, four-wheeled version was introduced in the form of the Mercedes-Benz G550 4x4².

But the G63 6x6 is a pickup truck while the G550 4x4² is an SUV. It appears that enough people have been demanding Mercedes also introduce a G550 4x4² pickup as a prototype for just such a vehicle has been spotted.

The engineers have attempted to disguise the vehicle with faux panels at the rear to make it resemble the regular G550 4x4² SUV. Underneath that disguise should be a tray and sport bar just like on the G63 6x6 (shown below).

The AMG-style grille on the latest prototype also suggests that the vehicle might end up as a G63 4x4² rather than a G550 4x4². For the G-Class range, the AMGs have the single-slat grille while the regular models get a multi-slat design.

That means that a twin-turbocharged 5.5-liter V-8 should be nestled under the hood. The engine in the 2017 G63 delivers 563 horsepower and 561 pound-feet of torque and we expect something similar for this latest model.

Other details we can gauge from the spy shots are the widened wheel arches and massive ground clearance—likely to be more than 17 inches. We can also expect a permanent all-wheel-drive system, reduction transfer case, three differential locks, and of course the portal axles. The latter is what contributes to the raised height: unlike conventional axles, the wheels are not at the height of the axle but situated lower thanks to their individual portal transmissions.

Look for a debut later this year.

Note, Mercedes is working on a redesigned G-Class, the nameplate’s first full redesign since launching almost four decades ago, meaning this pickup could be the last model introduced that's based on the original design.