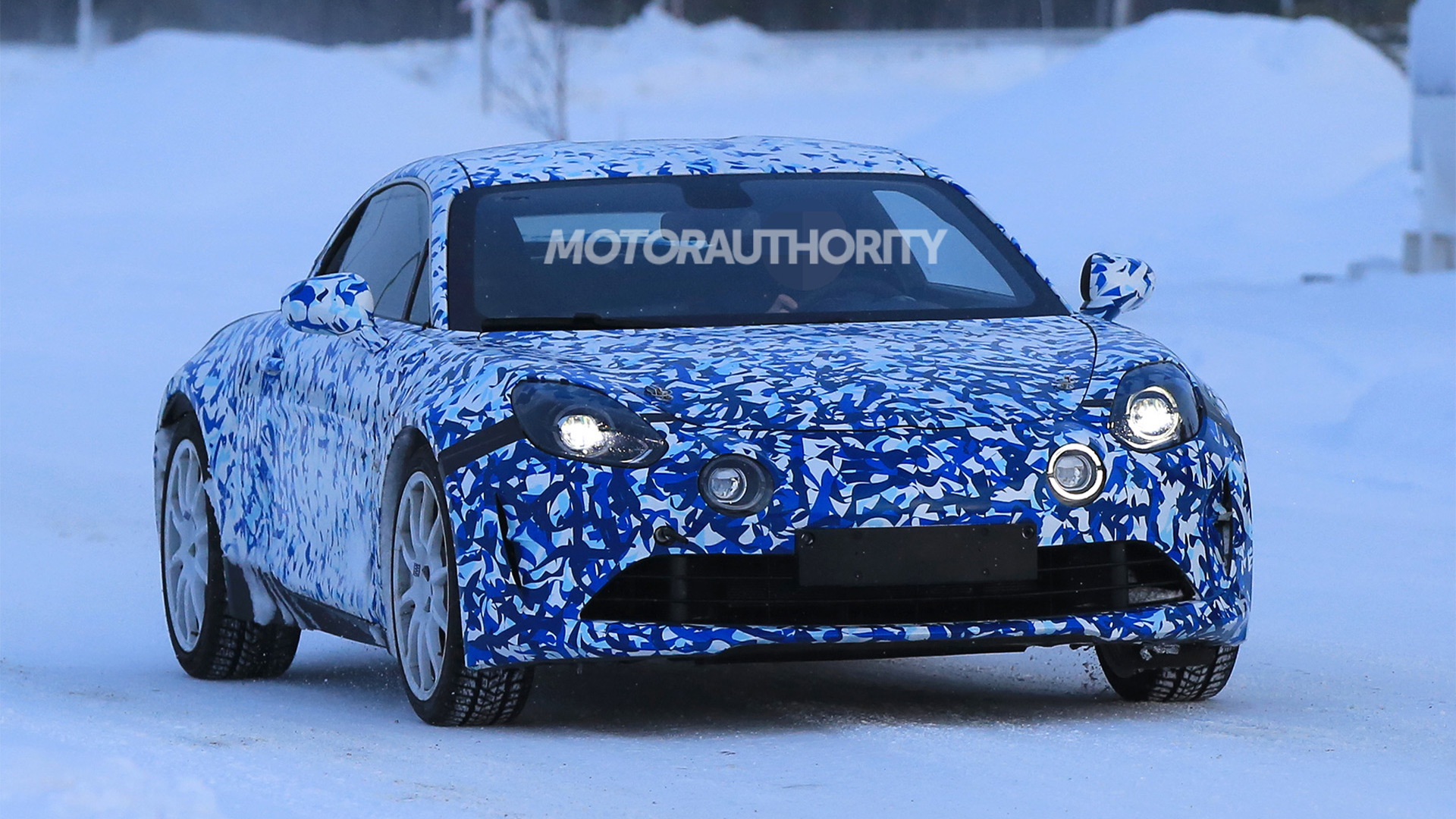 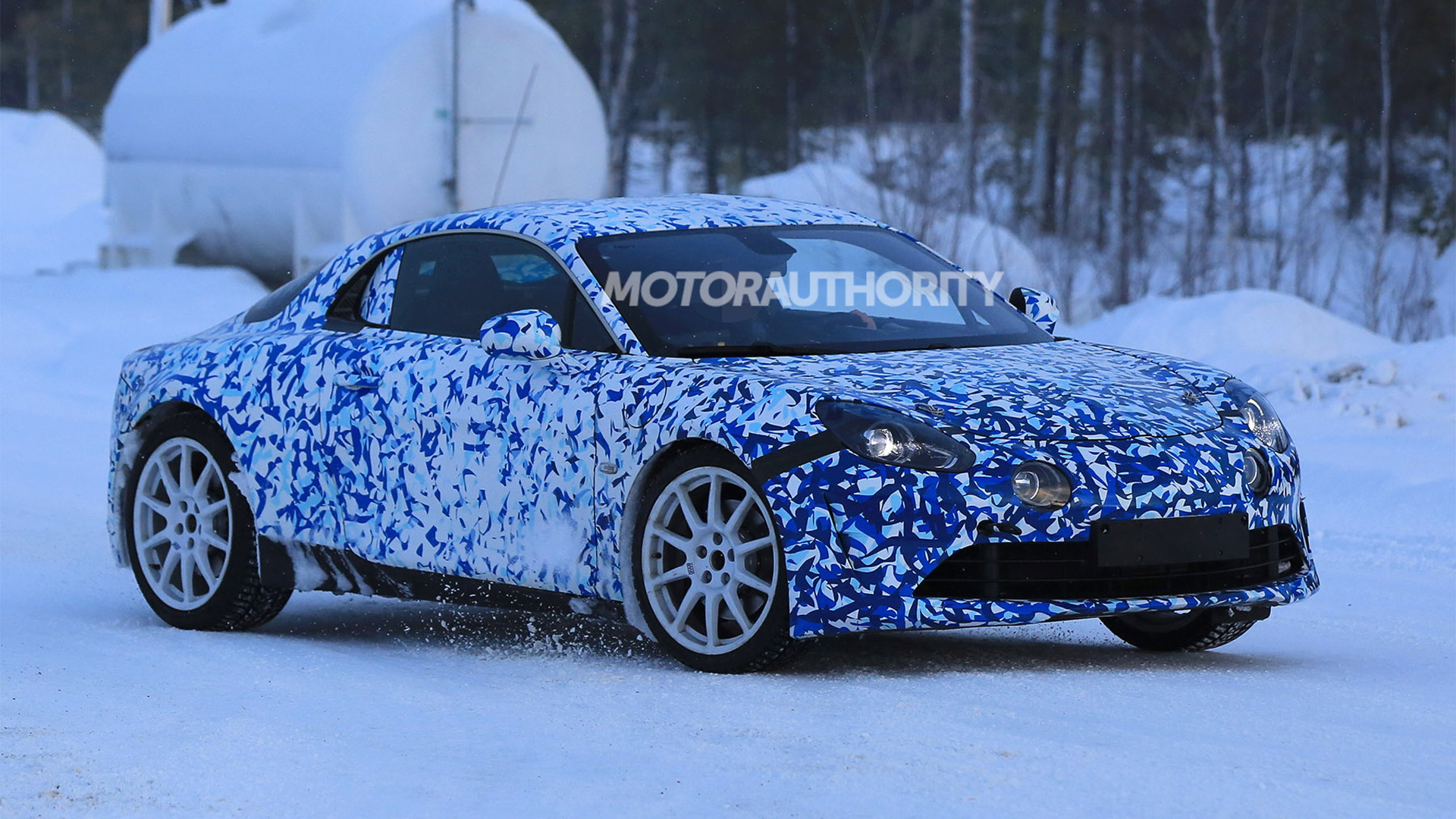 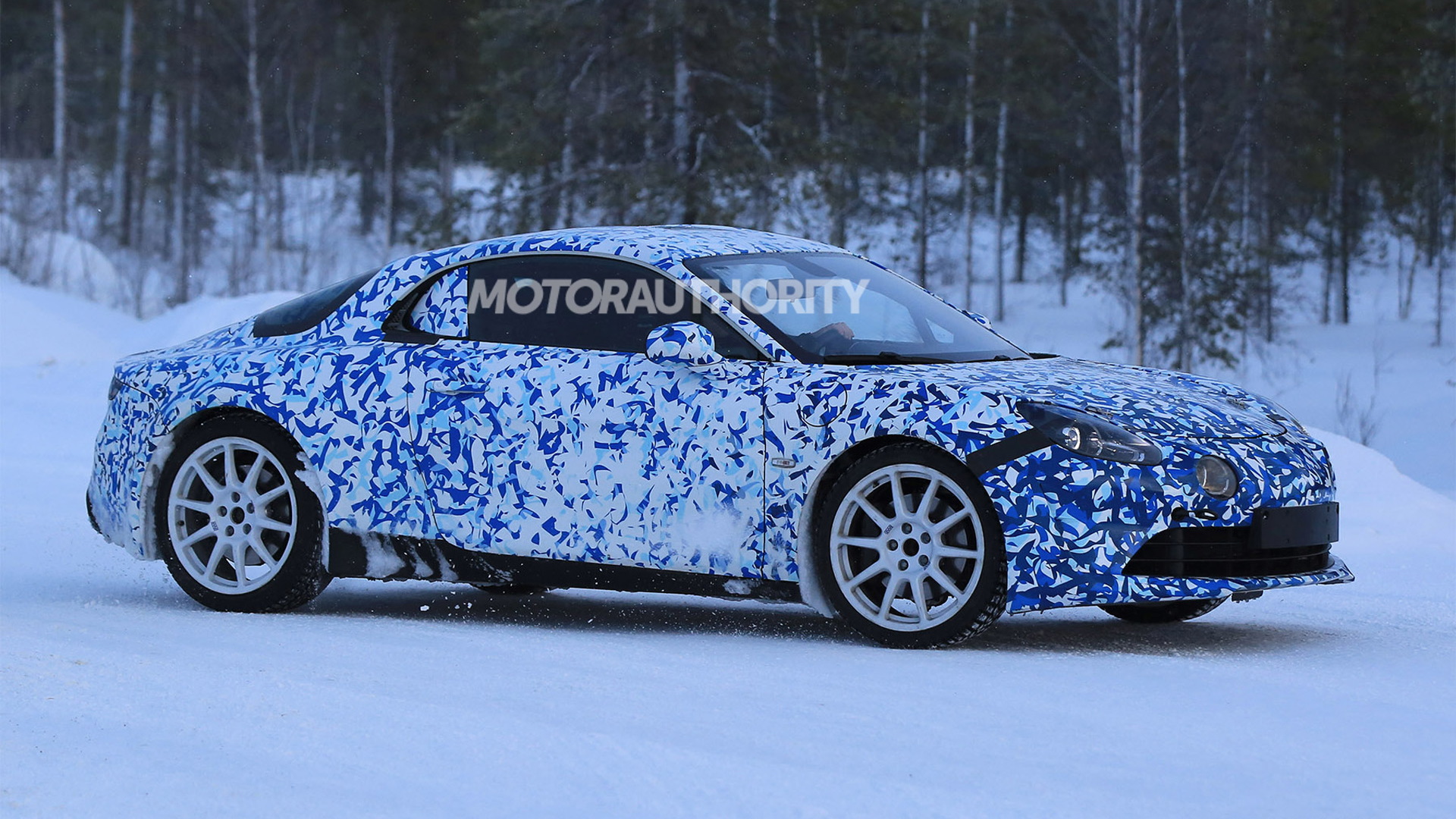 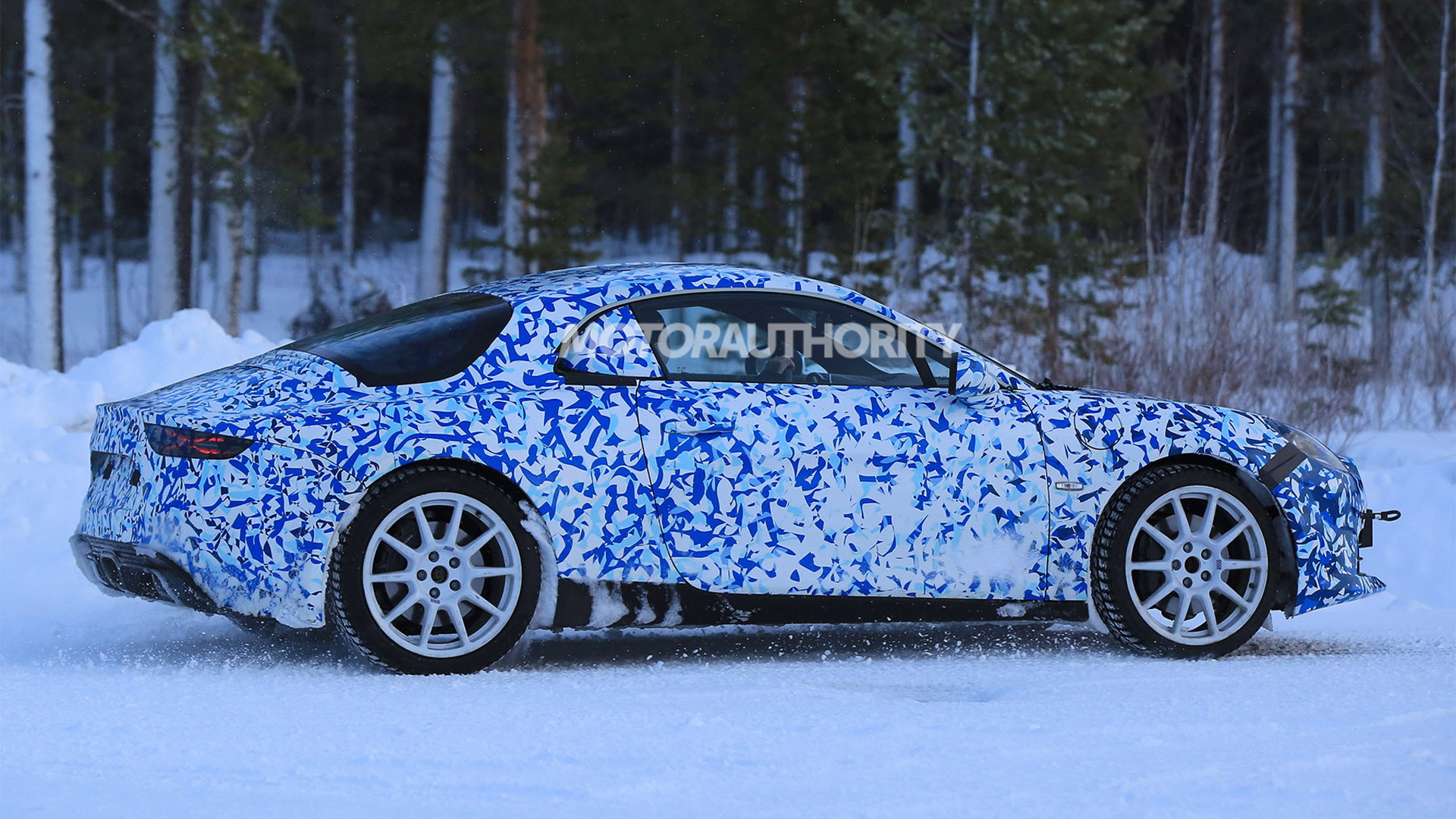 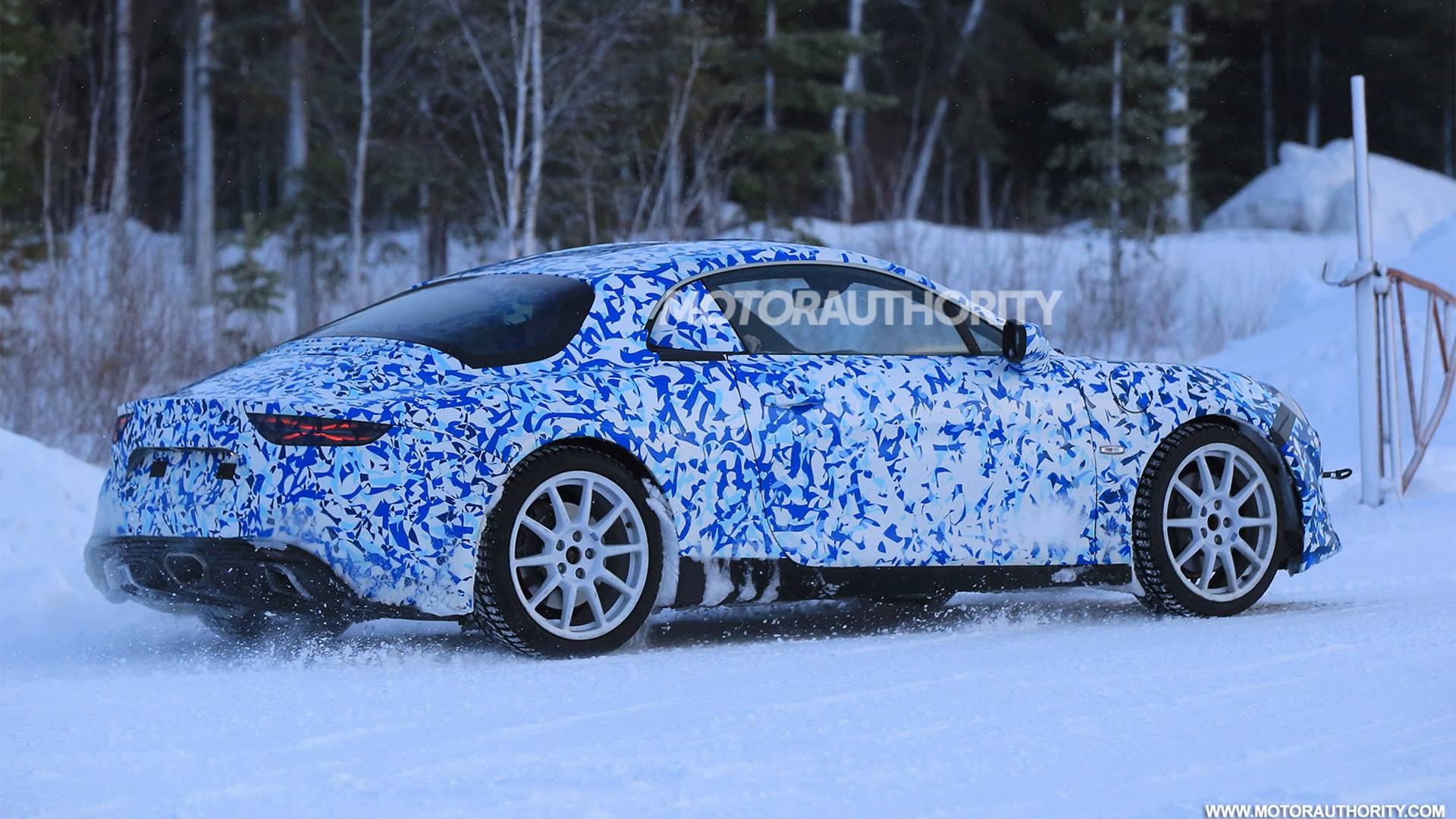 The long road to the market return of the Alpine sports car brand is almost over.

It was in late 2012 that French automaker Renault announced plans to partner with British track car specialist Caterham to develop a new platform to underpin a future sports car for Alpine and a similar model for Caterham. (Renault bought Alpine in 1973.)

By 2014 Caterham had dropped plans for its sports car to focus on its core track car range, leaving Renault to take responsibility for the platform. Renault has continued to develop the platform for its own sports car and today we have new spy shots of one of the prototypes.

The tester features a design almost identical to the one on the previous Alpine Vision and Celebration concepts unveiled by Renault in 2016 and 2015, respectively. The lines on the hood, the quad-headlight arrangement, and the trio of panels that make up the side windows all hint at the Alpines of old.

The name of the car is also expected to keep with tradition. Although a name is yet to be announced, most are expecting the car to be called an A120 to signify its link to Alpine’s A110 Berlinette produced between 1961 and 1977, shown above next to the Vision concept. The AS1 name has also been rumored.

The car looks to be a small, mid-engine sports car like the Alfa Romeo 4C and Porsche 718 Cayman and will likely draw its power from a turbocharged inline-4 spinning the rear wheels only. Peak output should lie close to 270 horsepower, which should enable it to accelerate from 0-60 mph in 5.0 seconds or less.

Production will take place, as promised, at the original home of the Alpine brand, Renault’s Dieppe plant in the north of France. The plant was recently retooled to build and assemble the chassis and body of the car.

A debut will take place in 2017. Sadly, there are no plans to bring the car to the United States.