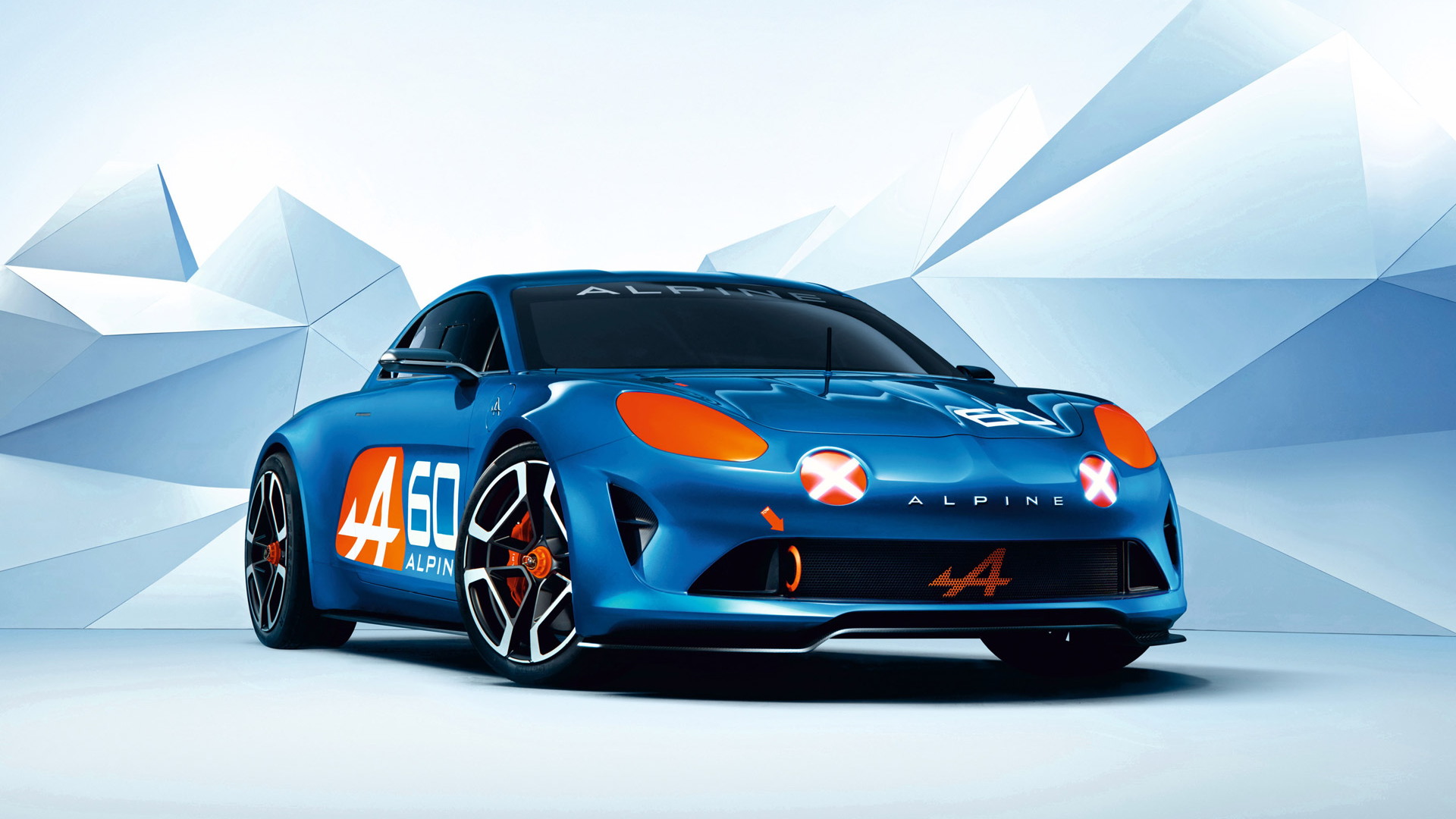 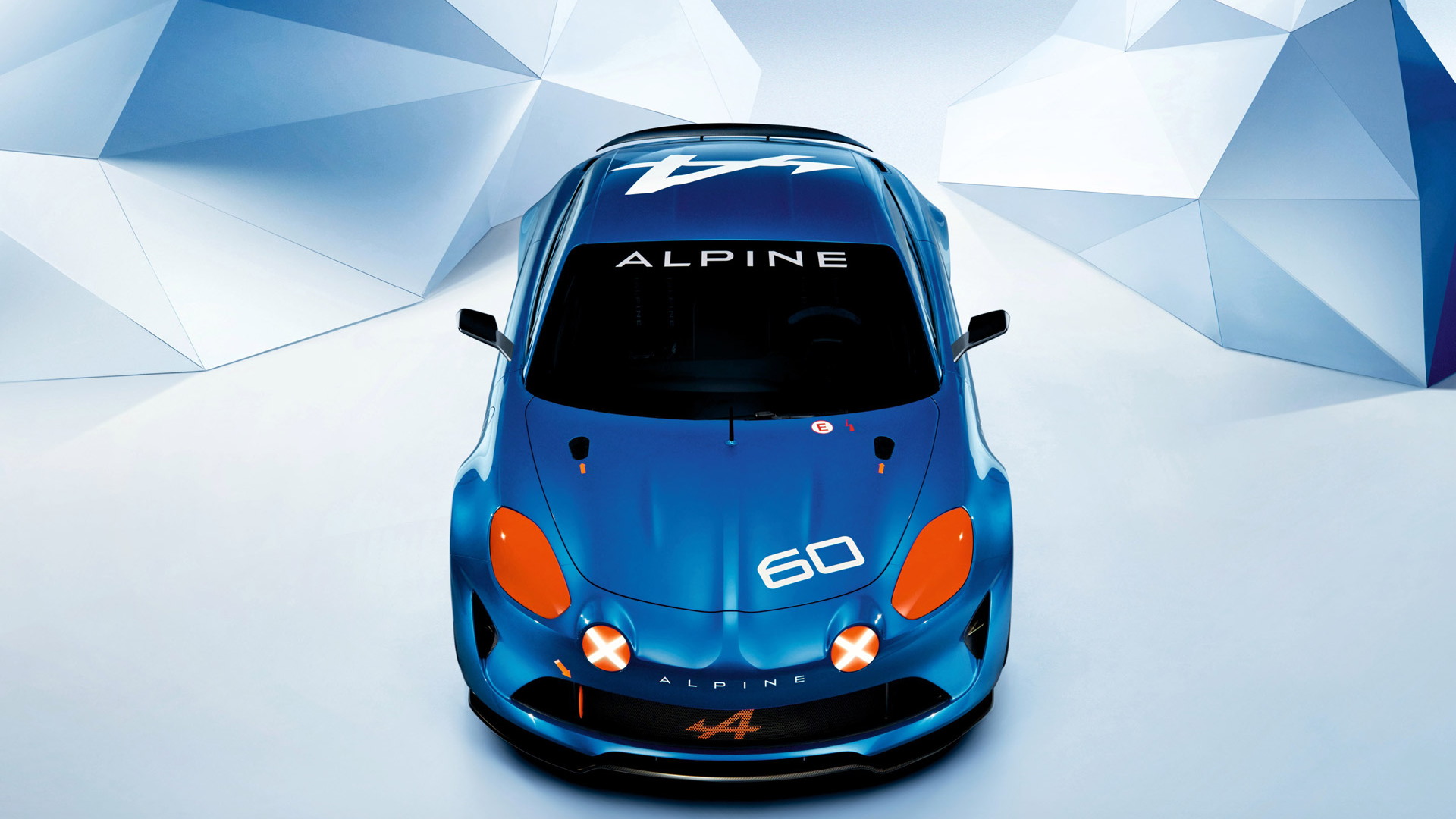 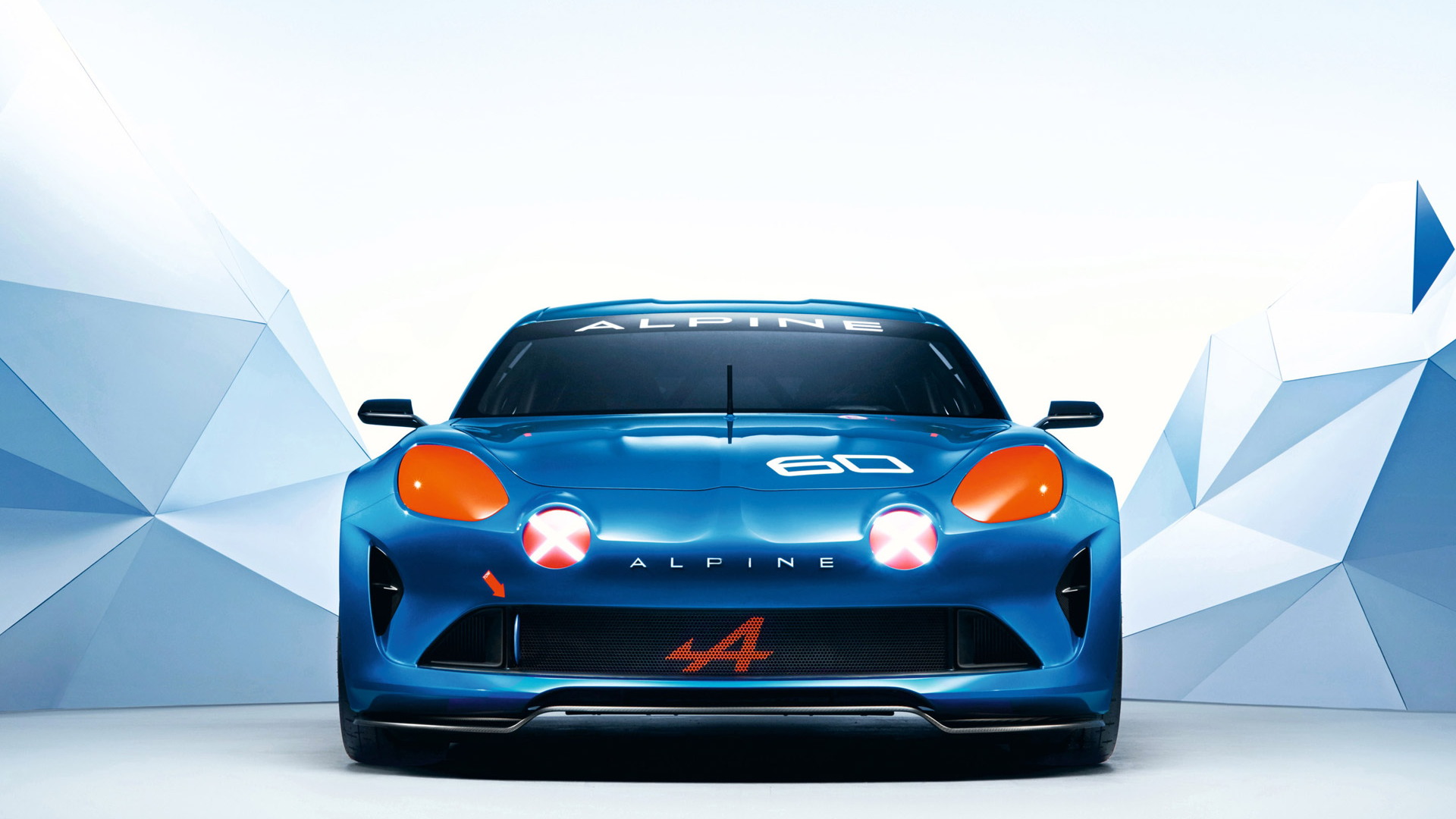 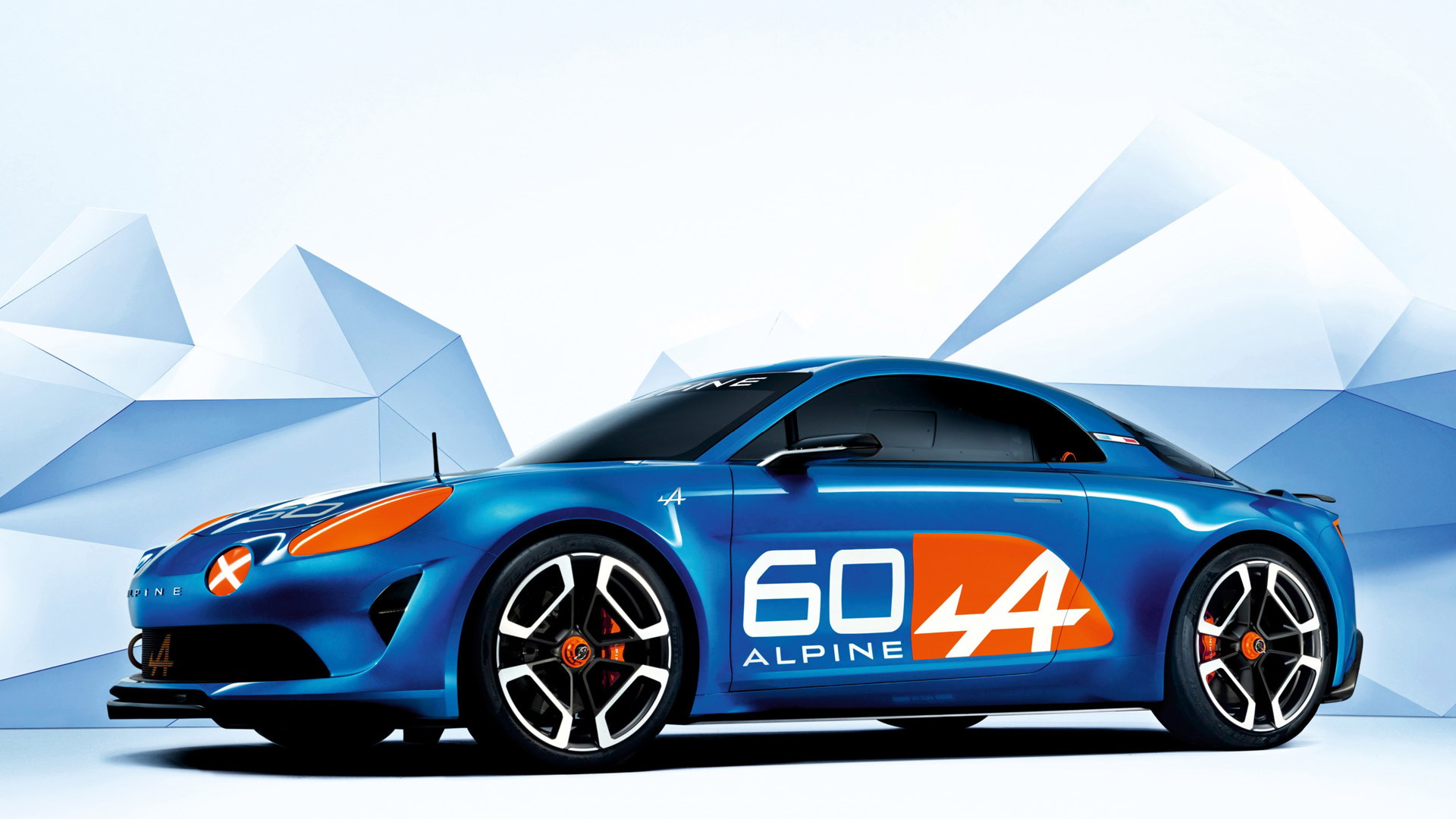 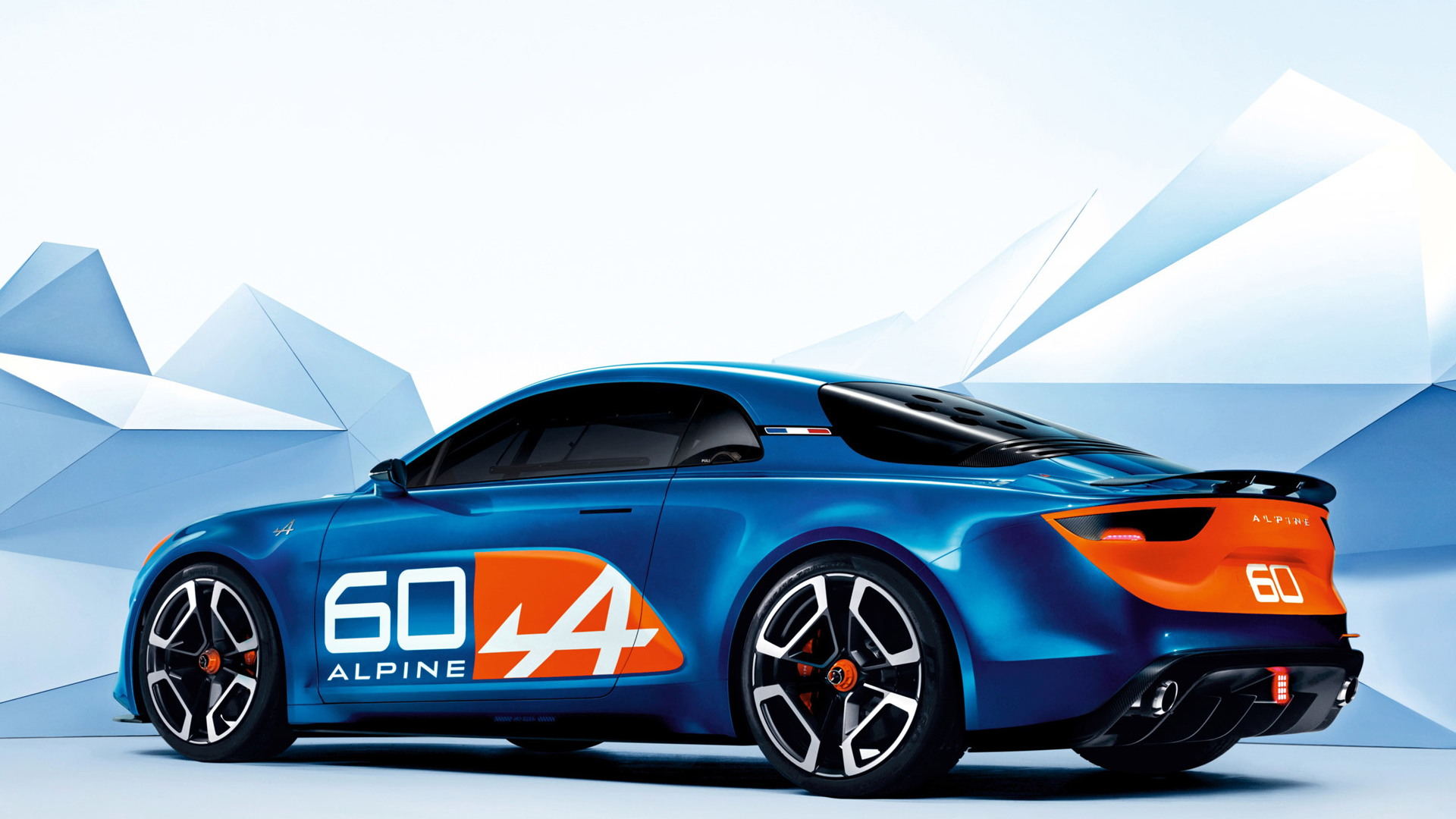 While this year’s 24 Hours of Le Mans rages on, we have some news from the track. French automaker Renault presented a new concept car in Le Mans that previews its new Alpine-branded sports car set for launch in 2016. It’s called the Alpine Celebration, and its arrival also marks 60 years since Frenchman Jean Rédélé founded the Alpine brand.

The Alpine Celebration is in the form of a small coupe that could be considered a French take on the Audi TT. Its paint scheme is traditional Alpine livery and is shared with the Signatech-Alpine A450b LMP2 racer currently competing in the 24 Hours of Le Mans, and a number of styling cues link it to the A110-50 concept car from 2012 that was built to mark the revival of Alpine as well as the 50th anniversary of the A110 Berlinette.

No technical details have been released but the car is clearly a mid-engine coupe. Carbon detailing is used to highlight the aero enhancements such as the front spoiler, side sills, diffuser, rear air intakes and side mirror caps, and the famous Alpine arrowed “A” logo is visible on the air intake grille, sides, front wings and roof.

The athletic rear integrates air intakes built into the rear quarter panels to contribute to engine cooling. The rear of the vehicle is also characterized by the aforementioned diffuser that incorporates a Formula One-inspired central rear light, flanked by two brushed stainless steel exhaust tailpipes.

As for the production Alpine sports car, you’ll recall that Renault together with British sports car brand Caterham announced plans in 2012 to jointly develop a new platform that would underpin sports car models for both. Development started in earnest shortly after but by 2014 the two went their separate ways. The good news is that both Renault and Caterham plan to develop their respective sports cars in time for a promised launch in 2016.

Production of the Alpine sports car, which may end up being called an AS1, will take place at the original home of the Alpine brand, Renault’s Dieppe plant in the north of France. Expect a lightweight, mid-engined coupe powered by a turbocharged four-cylinder engine delivering between 250 and 300 horsepower.

Should the project prove successful, Renault may launch additional Alpine-branded cars. Of course, each of them will need to be supported by a strong business case. Unfortunately, none will be heading our way as Renault has no plans at present to return to the U.S.